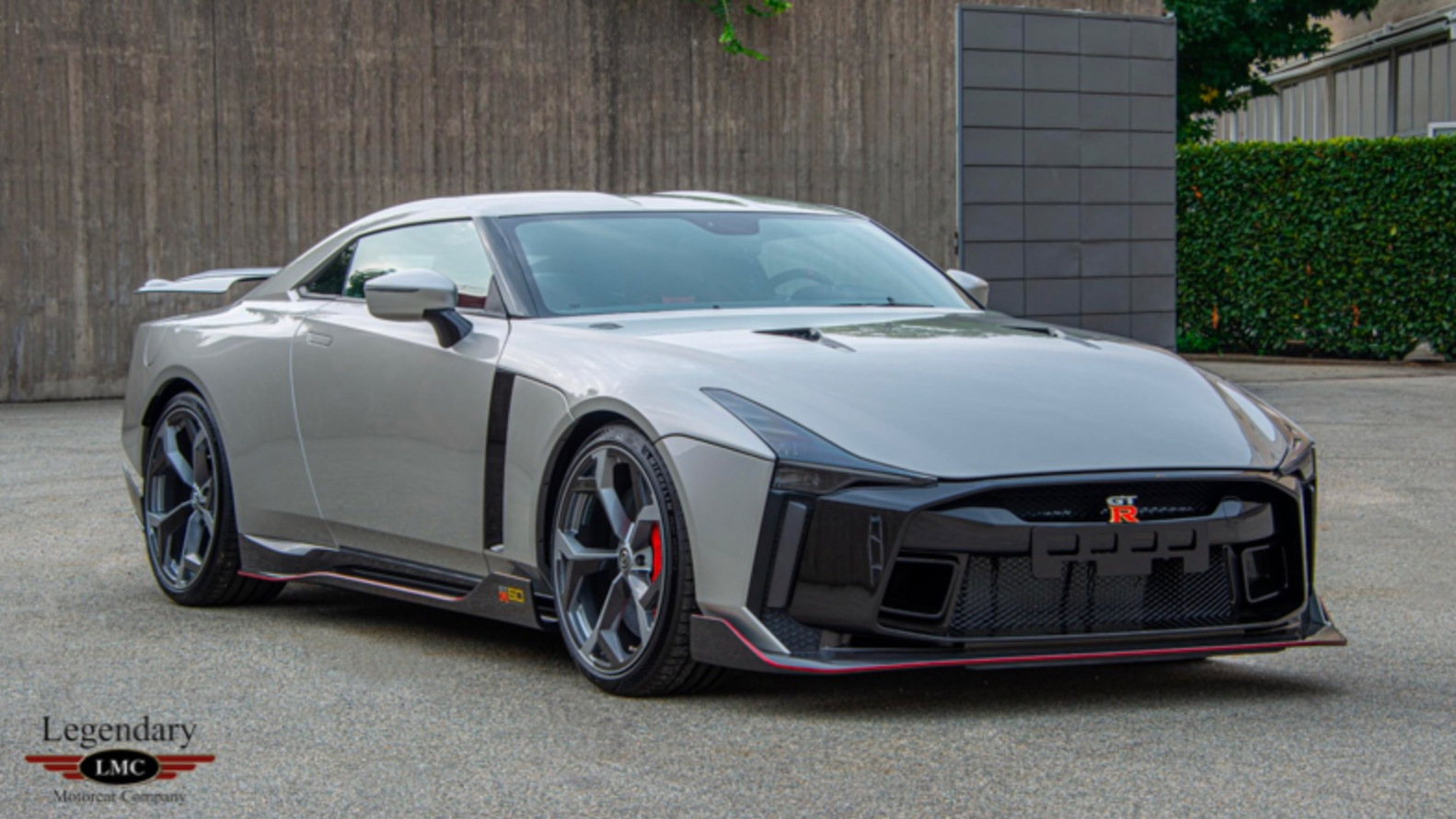 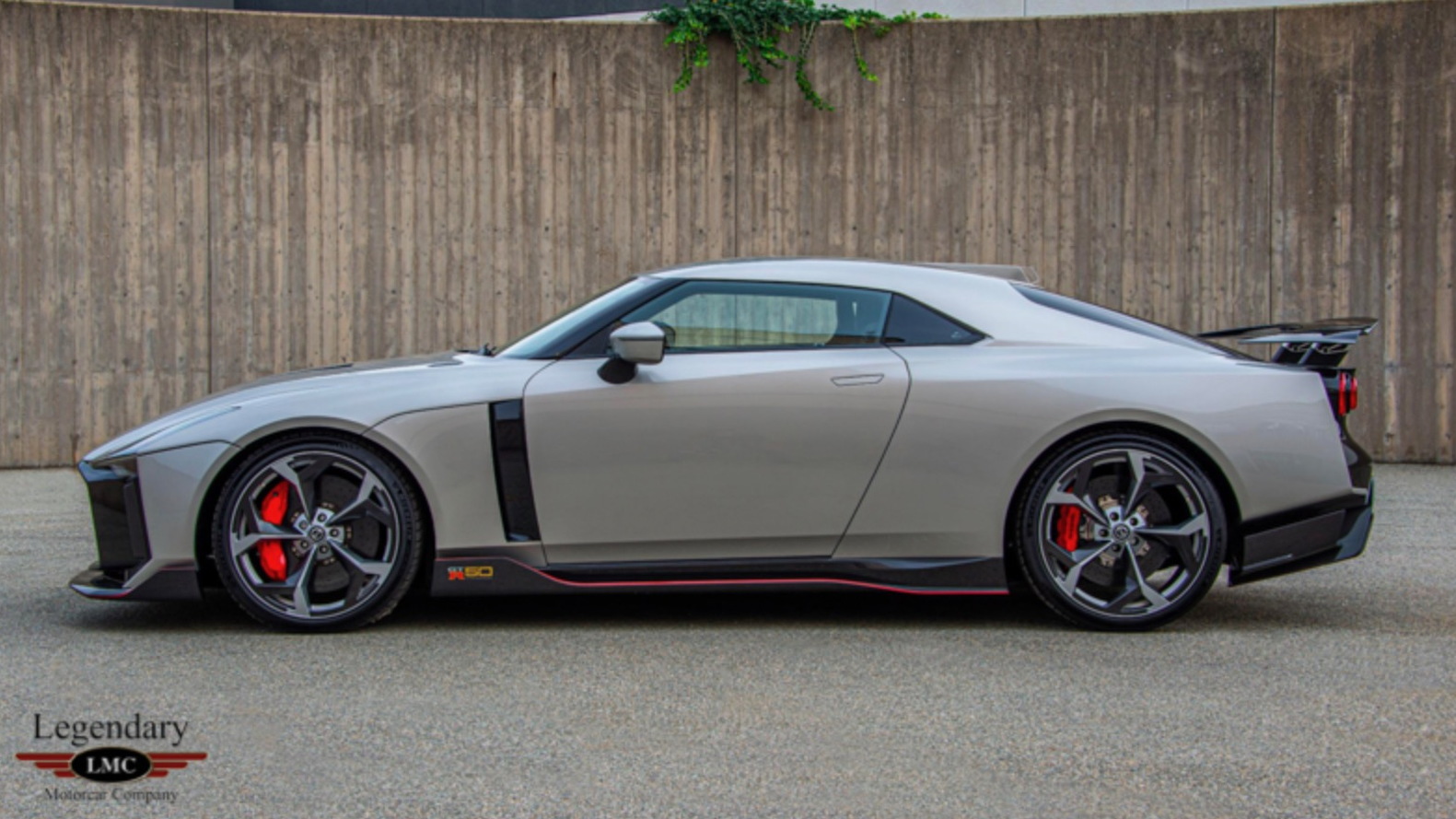 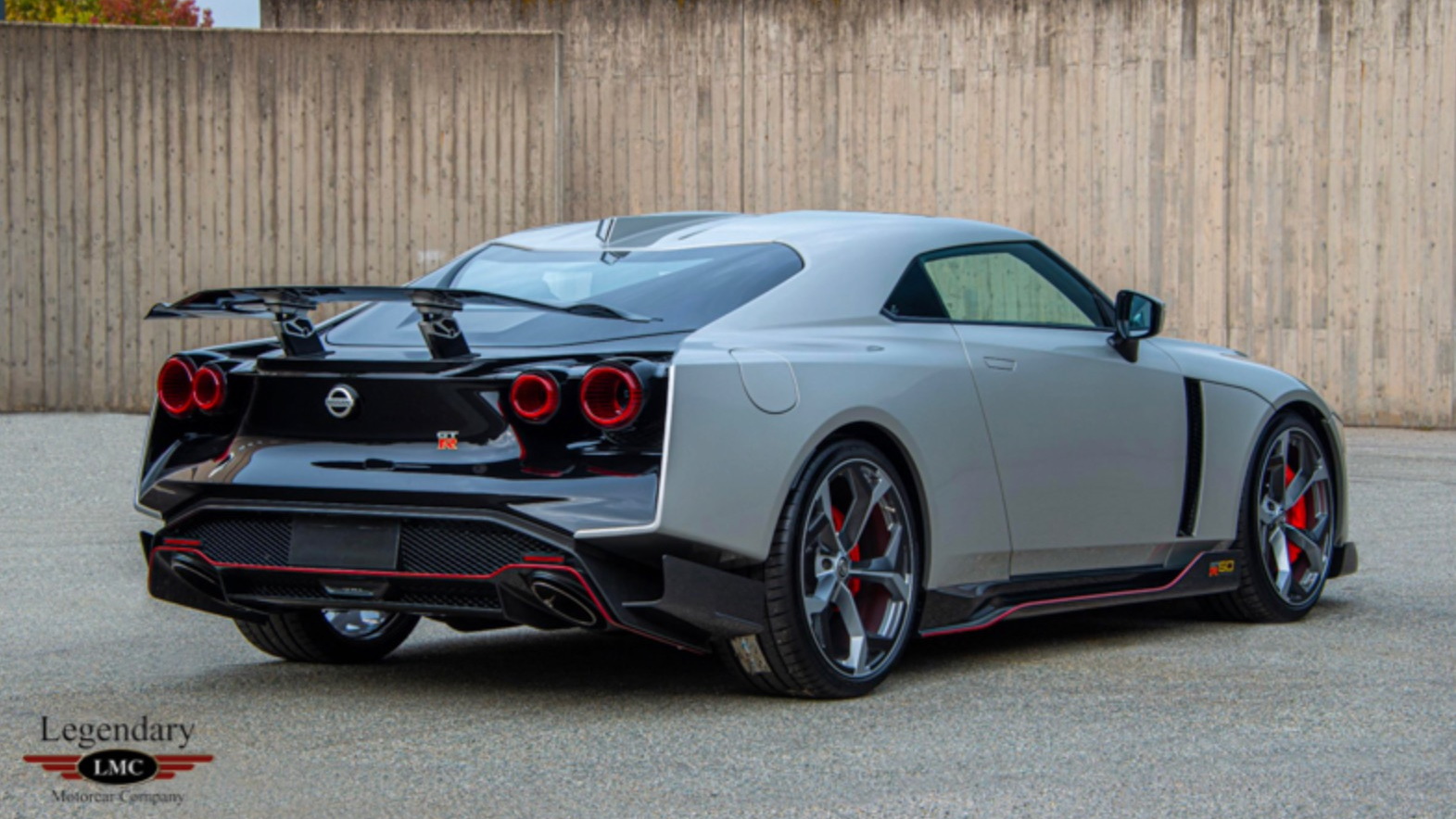 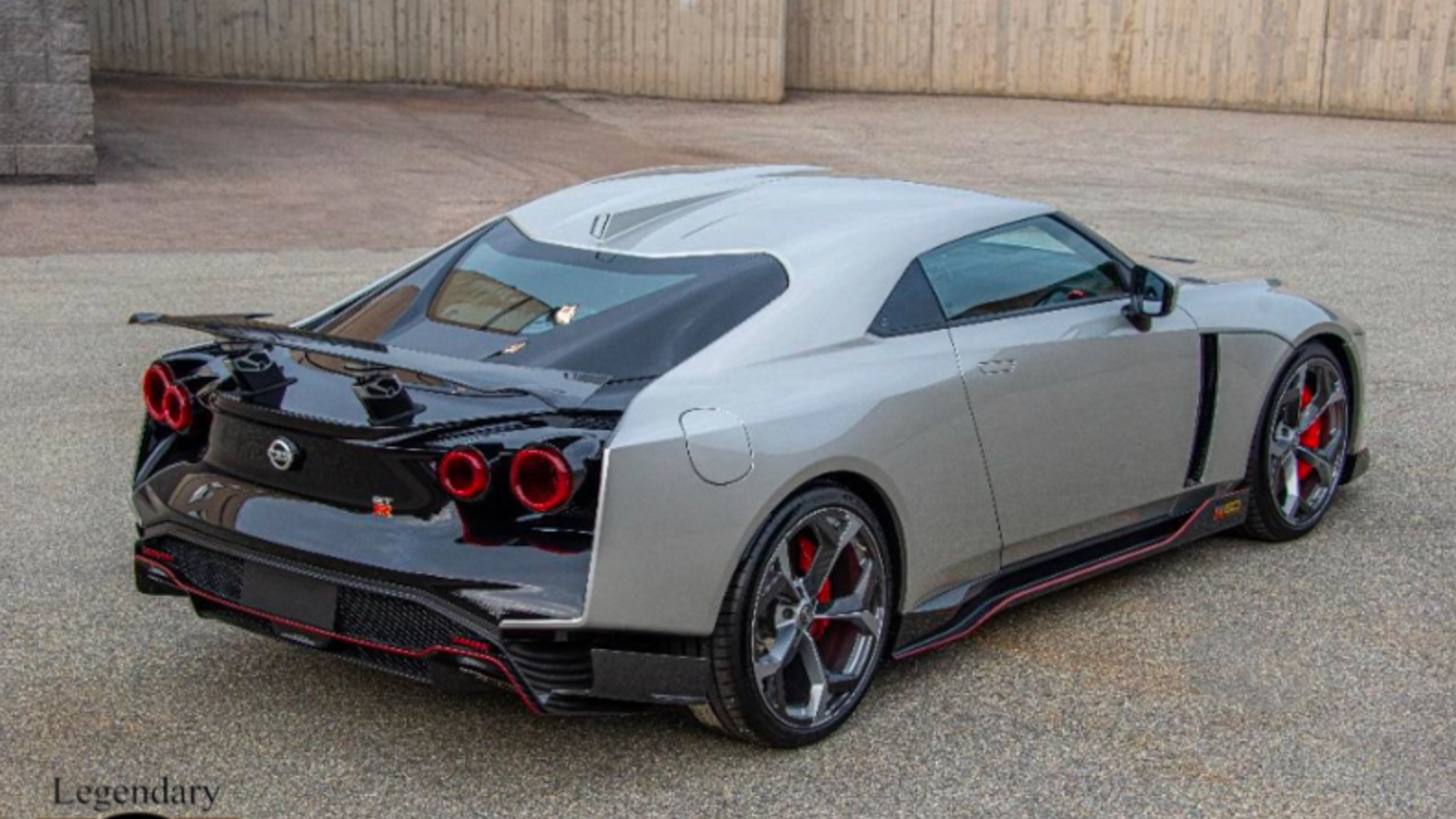 A 2021 Nissan GT-R50—number 11 of 19 produced—is for sale through Canadian dealership Legendary Motorcar Company.

The GT-R50 is a coach-built special jointly developed by Nissan and Italdesign to celebrate the GT-R nameplate's 50th anniversary. The initial concept version was unveiled in 2018, and confirmed for production later that year with a $1.1 million price tag.

You might think $1.1 million is a lot to pay for a Nissan—even a GT-R—but the GT-R50 features unique bodywork shaped by Italdesign. The coach builder actually approached Nissan about the project, and all GT-R50 bodies were handmade by Italdesign craftspeople. The car shown here wears Liquid Silver Metallic paint—a roughly $25,000 option, according to the ad.

Modifications to the standard GT-R body were pretty extensive. Italdesign lowered the roof 2.1 inches and redesigned the rear window so it flows farther toward the rear of the car. The front and rear ends are completely different as well. Some of the most noticeable differences are the four taillights that stand proud of the bodywork and the large rear wing—which is hydraulically actuated on the car up for sale.

The GT-R's 3.8-liter twin-turbo V-6 was also tuned to produce 710 hp and 585 lb-ft of torque, or 110 hp and 104 lb-ft of torque more than the donor GT-R Nismo the GT-R50 is based on. That extra output was achieved with turbochargers based on the ones used on GT-R GT3 race cars, beefed up engine internals, larger intercoolers, and new intake and exhaust systems.

Nissan and Italdesign planned to make 50 cars in reference to the GT-R's 50th anniversary, but the dealer ad claims only 19 were produced. So the GT-R50 may be even rarer than its creators intended.