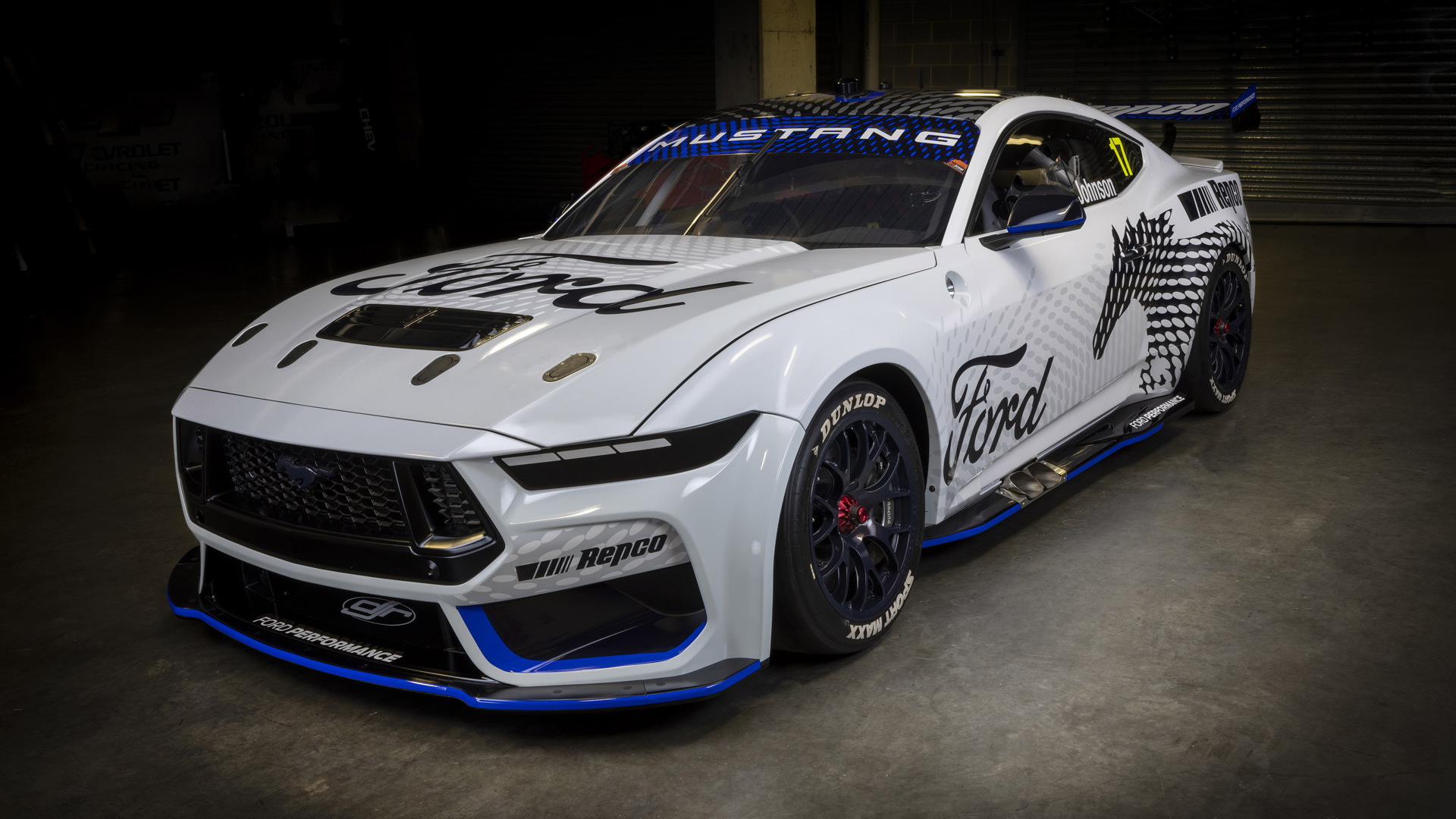 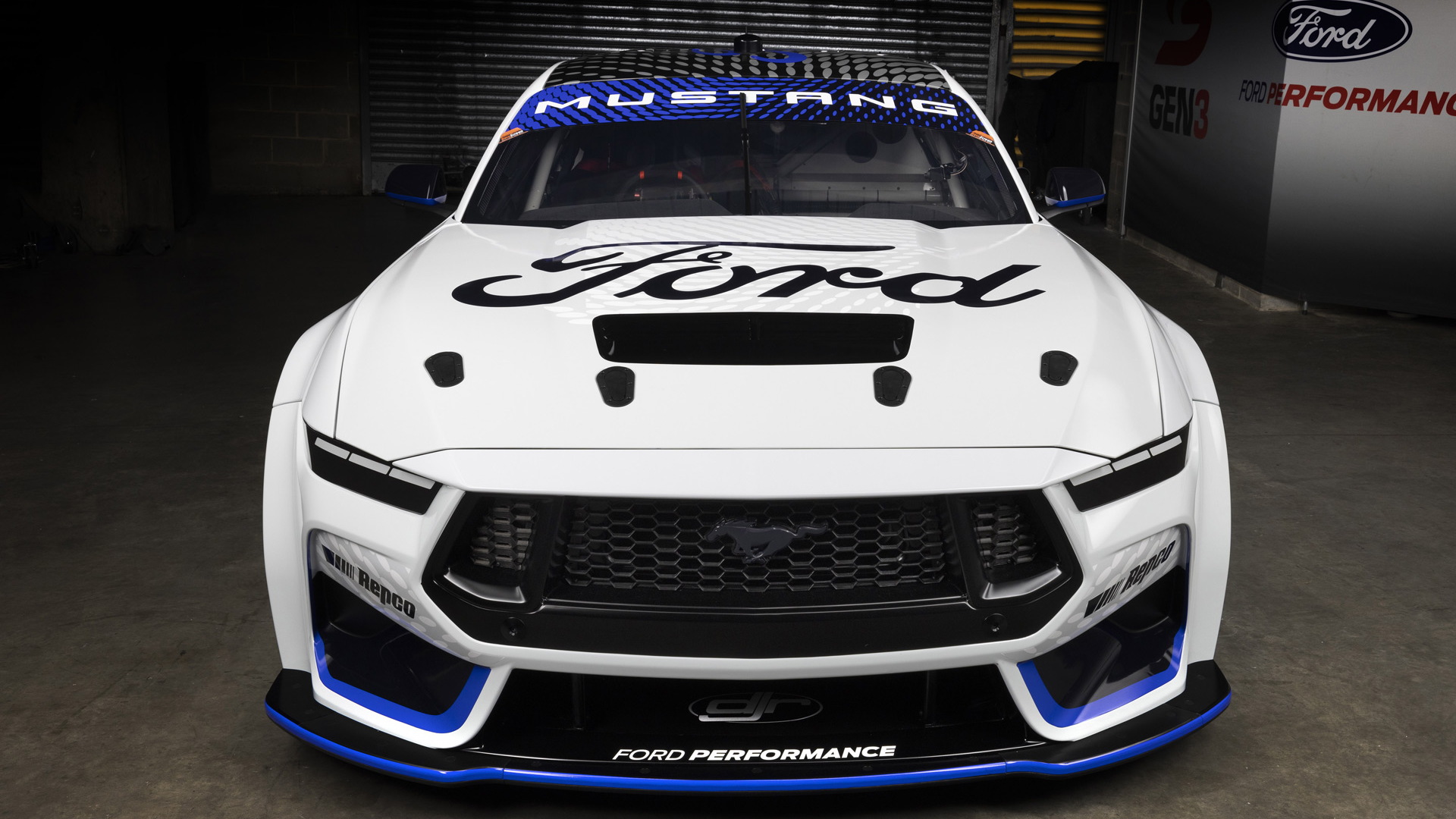 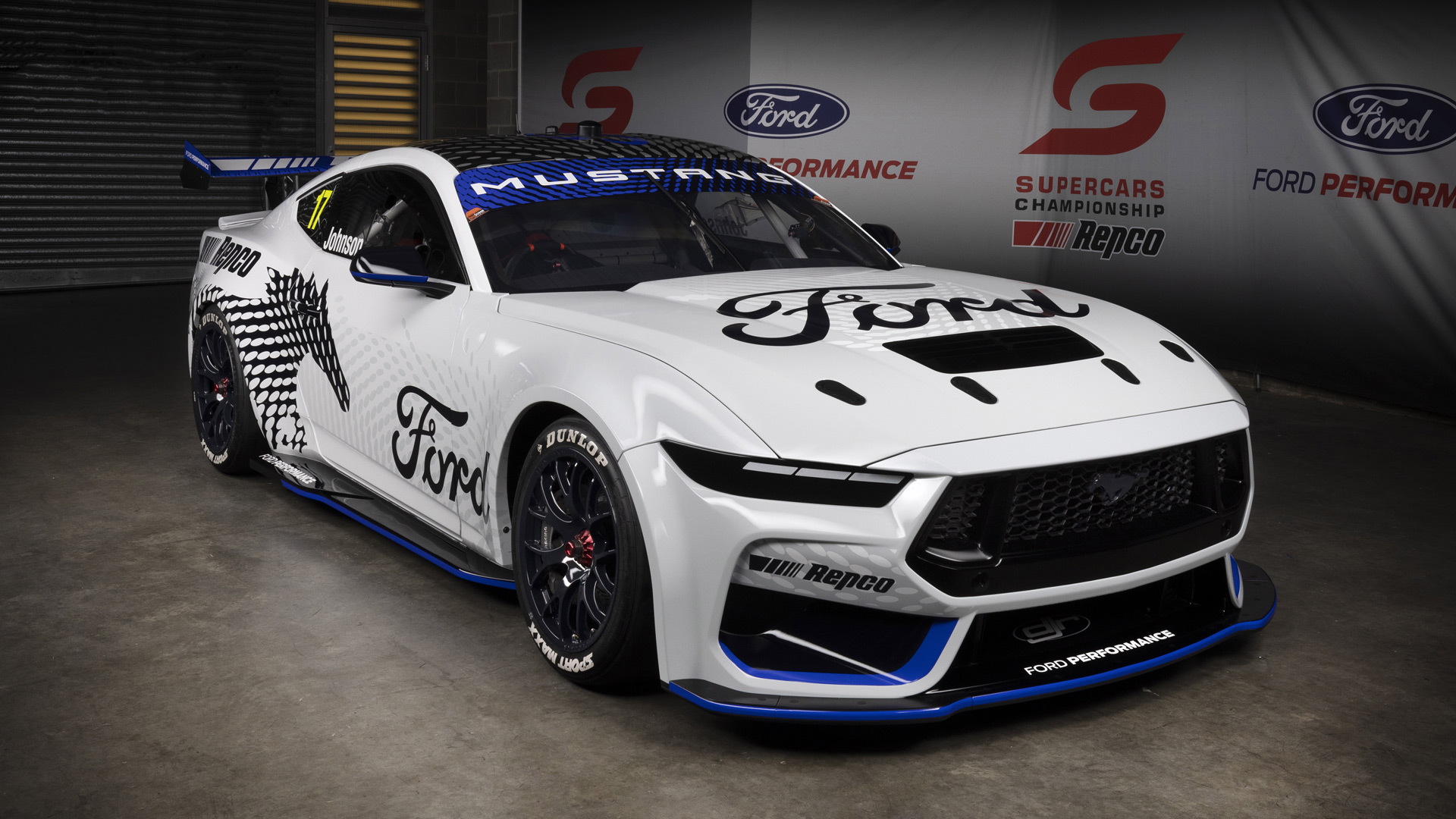 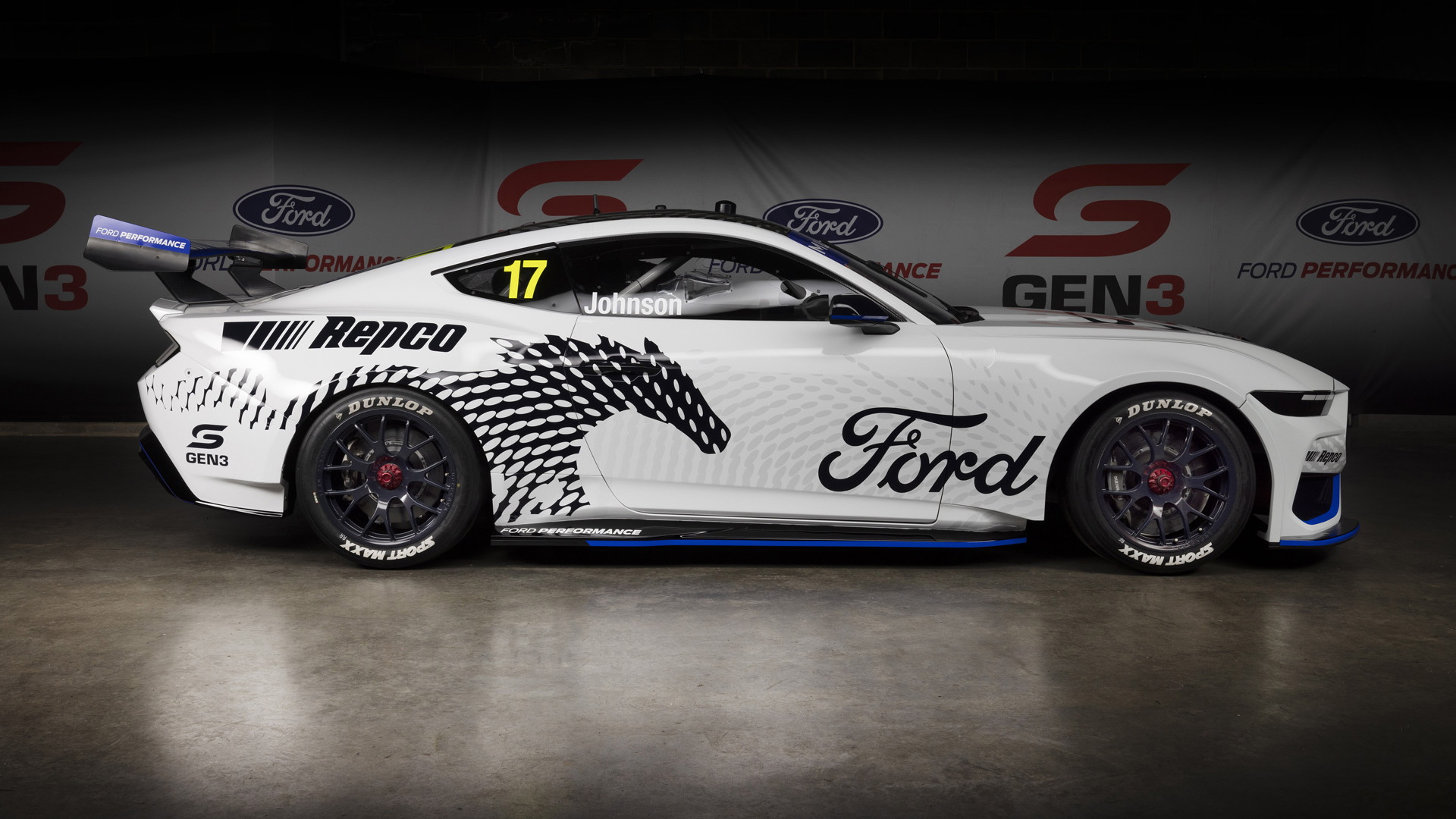 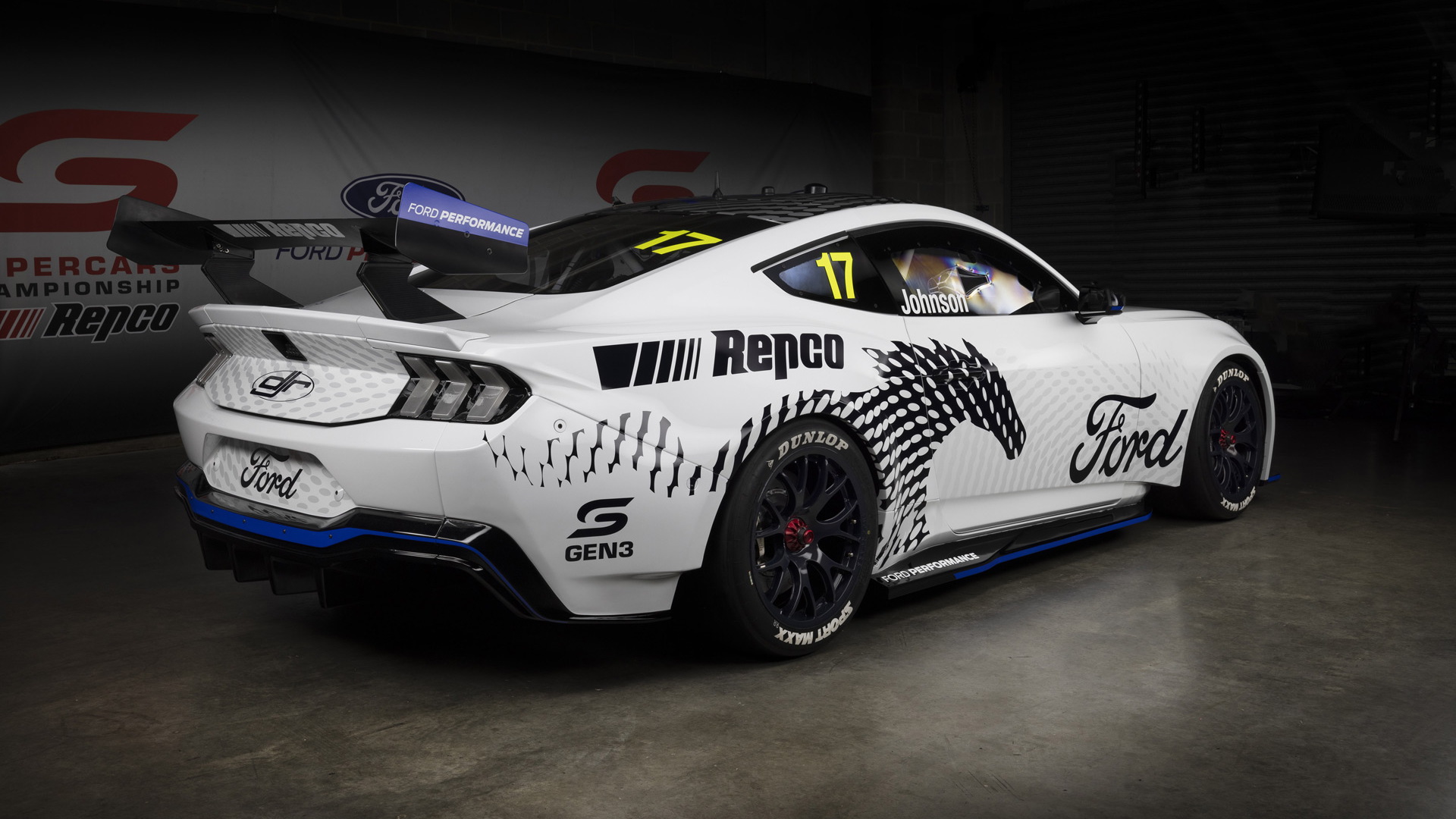 The redesigned 2024 Ford Mustang has been designed to go racing all over the globe, including in Australia's popular touring car series known as Supercars.

Ford on Thursday revealed the new Mustang GT Supercars race car that will compete from 2023 under the new Gen3 era, and series veteran Dick Johnson helped introduce the car by taking it for a spin on Mount Panorama, home of the Bathurst 1000.

The Gen3 race cars are more closely aligned with their road-going counterparts than previously, with the Mustang GT Supercars racer packing the same 5.0-liter V-8 as the road car, albeit with modifications to lift power to over 600 hp. However, the series still use bespoke chassis designed to fit bodies resembling production models. Going up against the Mustang will be a Chevrolet Camaro race car.

Once the exclusive domain of the Holden Commodore and Ford Falcon, the series, formerly known as V8 Supercars, saw the sixth-generation Mustang replace the Falcon in 2019. The Commodore will be replaced by the Camaro with the arrival next year of the Gen3 cars.

Beyond the Supercars series, the new seventh-generation Mustang will also take part in NASCAR and NHRA competition, as well as global GT3 and GT4 competition. The arrival of the GT3-spec car will see the Mustang compete in the GT classes of the IMSA SportsCar Championship and FIA World Endurance Champion. The latter means there will be a Mustang racing in the 24 Hours of Le Mans for the first time since 1997.

The redesigned Mustang was shown for the first time in September at the 2022 Detroit auto show. It will reach dealerships in mid-2023, initially in base and GT grades, as well as a new track-focused Dark Horse grade. The Dark Horse grade will also spawn its own race car that Ford may create a one-make series around.