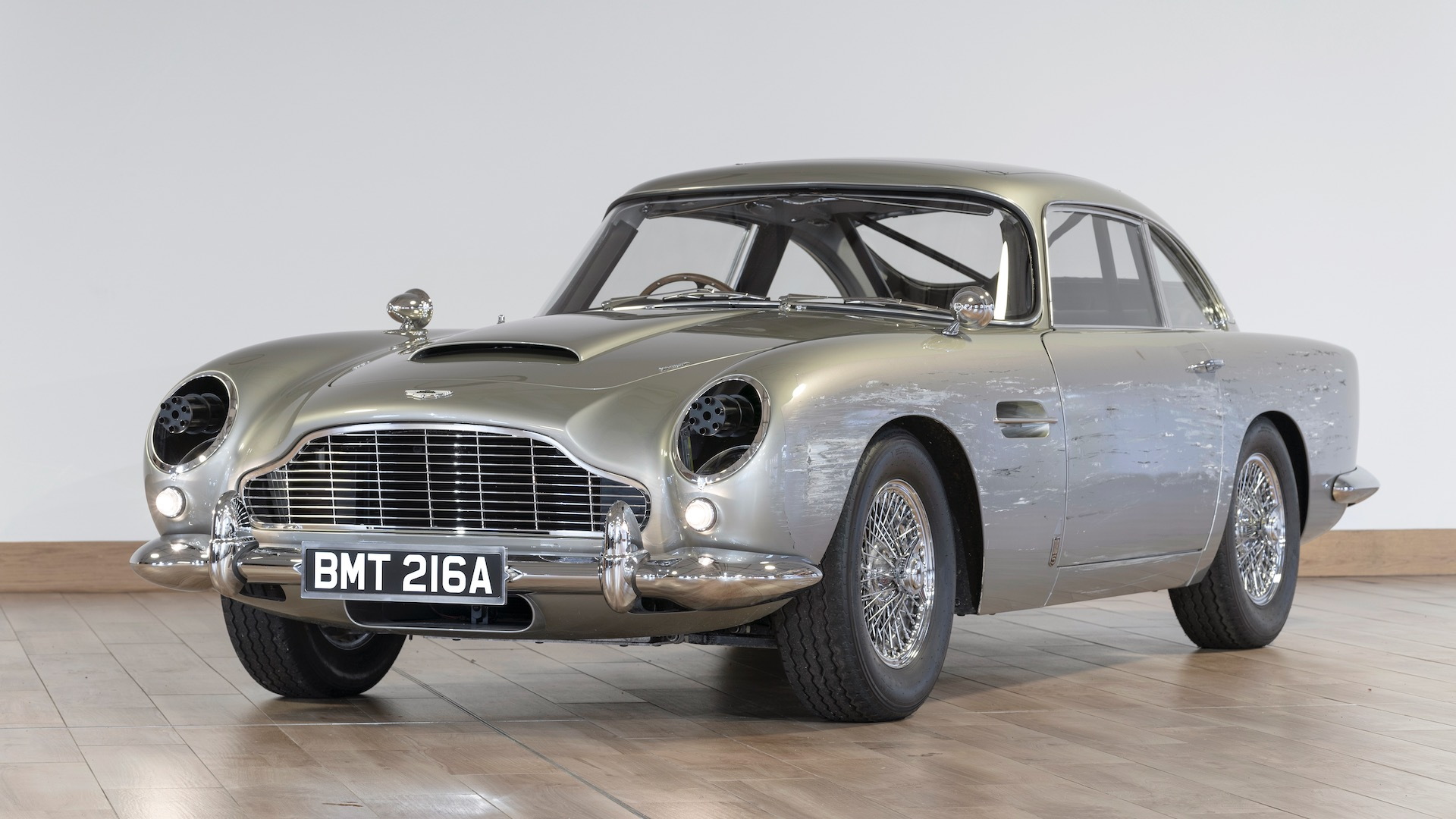 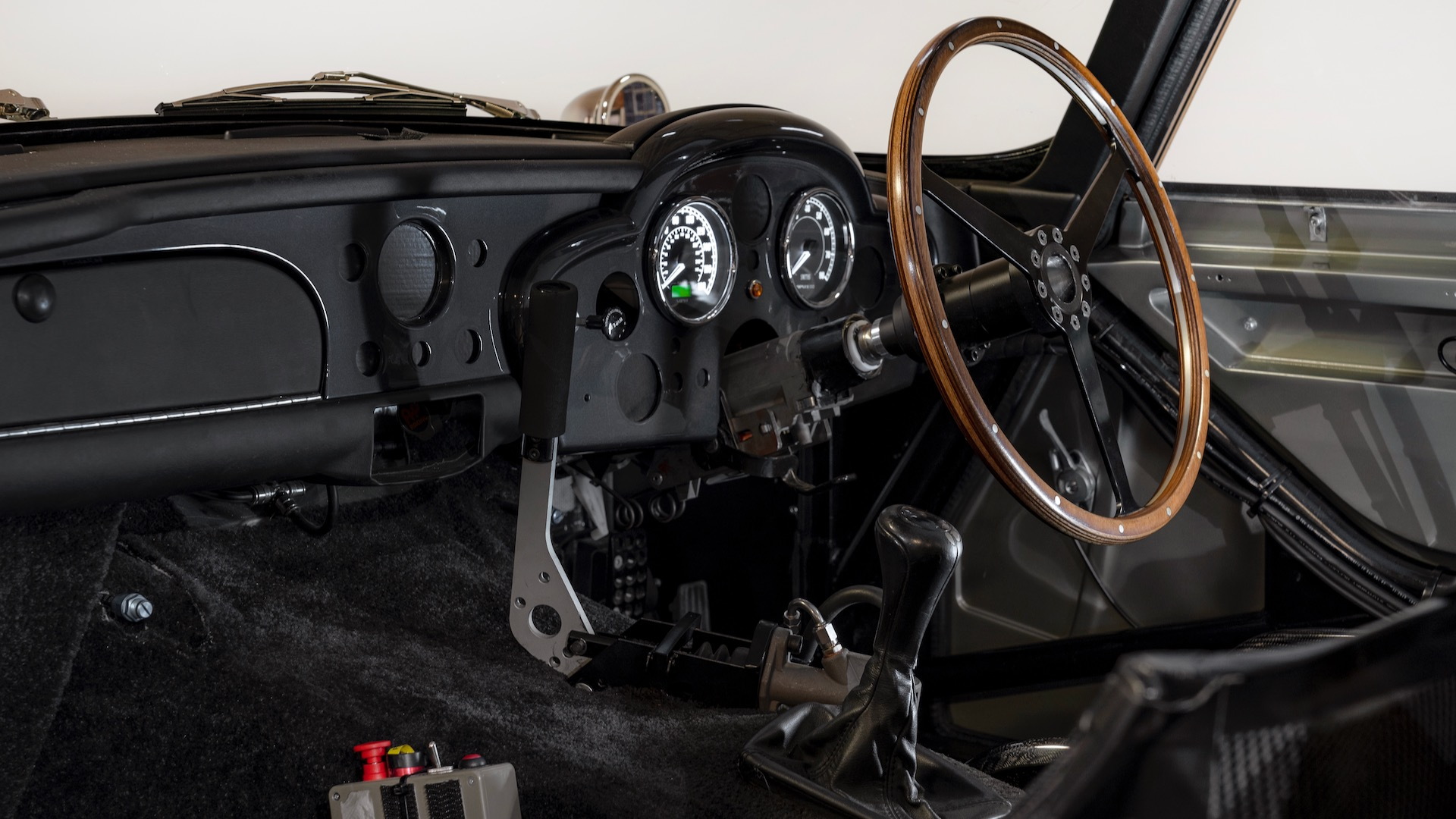 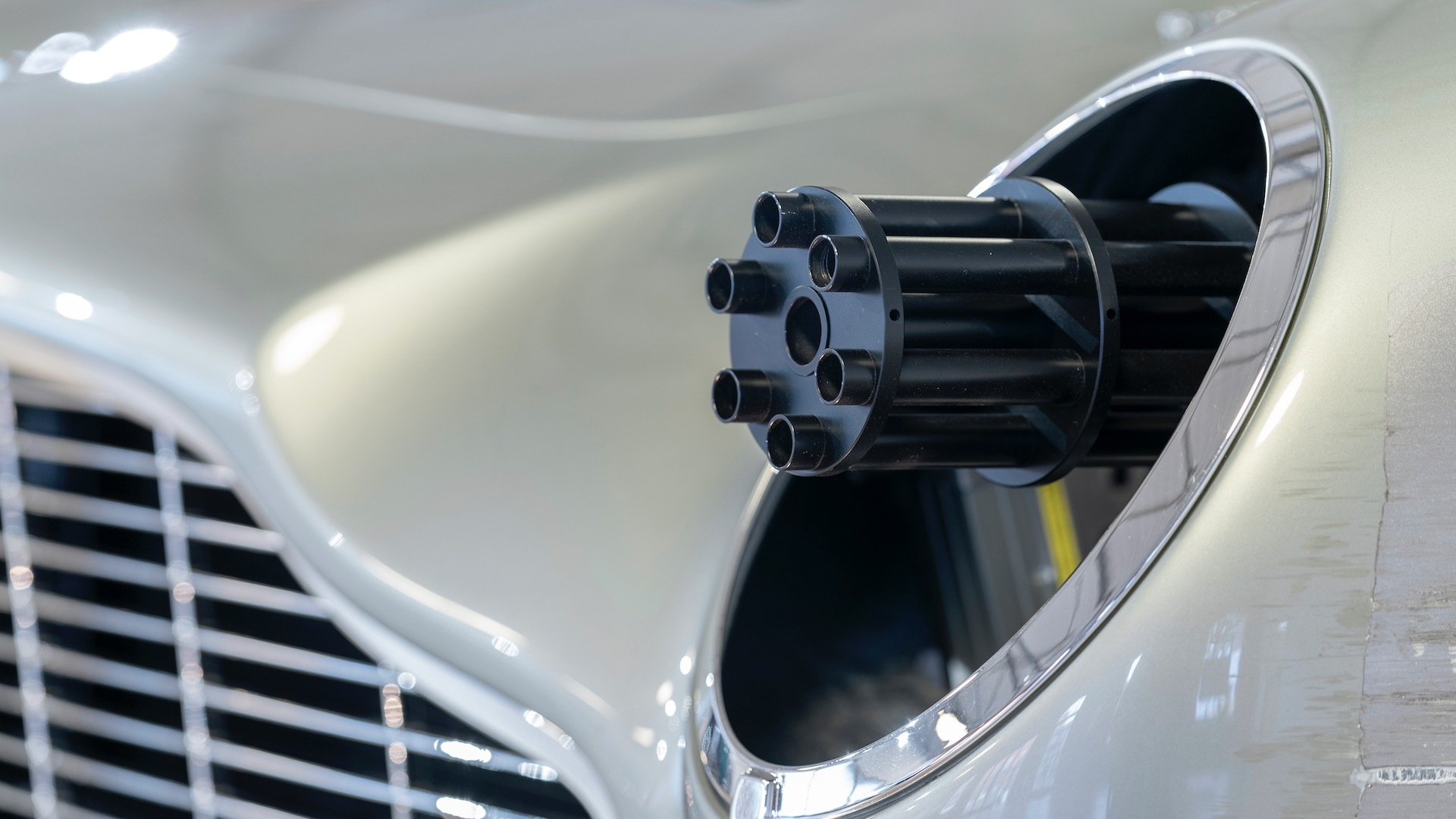 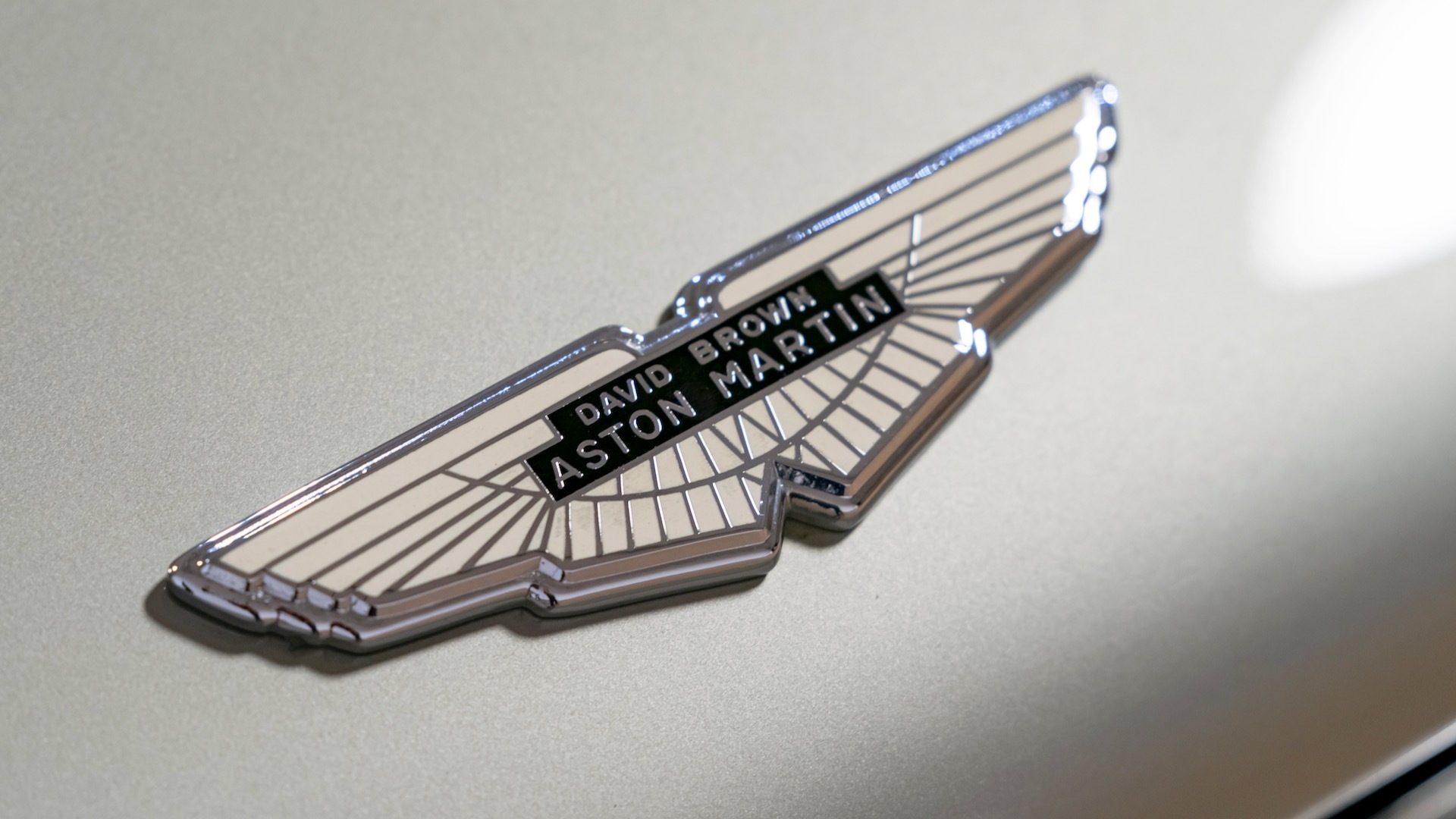 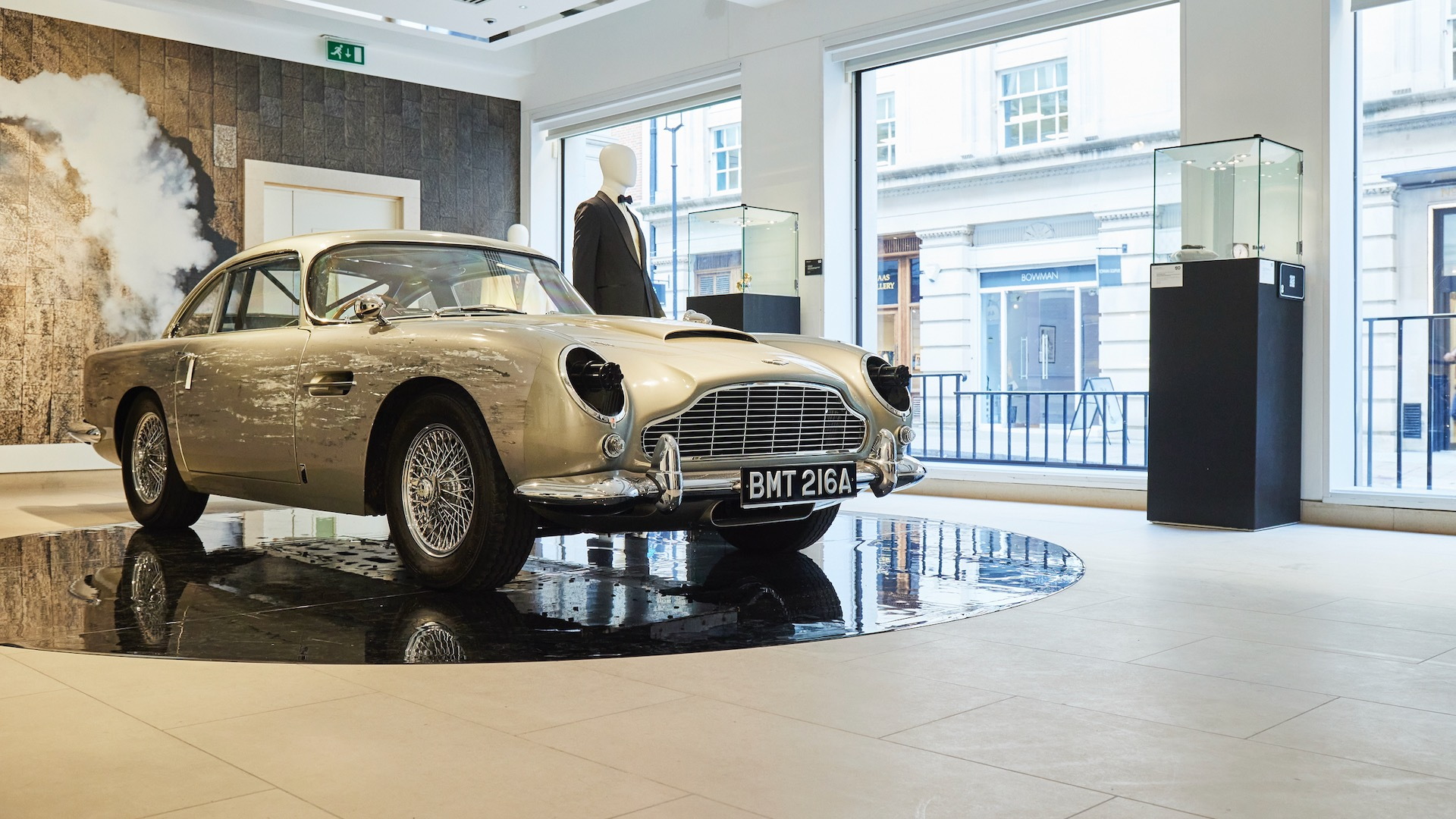 An Aston Martin DB5 stunt car from the 2021 James Bond film "No Time To Die" sold for 2.9 million British pounds (approximately $3.1 million) this week at a Christie's charity auction.

Proceeds from the DB5 auction will benefit multiple charities, including the The Prince's Trust, The Prince of Wales' Charitable Fund, and three charities supporting veterans of the U.K. Special Forces.

Aston built eight DB5 replicas for filming of "No Time To Die," each for a specific stunt or shot (two original cars were also used). This particular car is packed with gadgets, including a rotating license plate, headlights that retract to reveal Gatling guns, and a bomb launcher. The replicas use bespoke space-frame chassis and carbon-fiber bodywork.

The DB5 starred in a memorable chase scene early in the movie where Bond does donuts in an Italian square and mows down the bad guys with the car's concealed guns. Rally driver Mark Higgins performed that stunt, standing in for Bond actor Daniel Craig.

A 1981 Aston Martin V8 driven by Craig in "No Time To Die" was sold at the same auction. While the DB5 references early Bond movies "Goldfinger" and "Thunderball," the later V8 is similar to the car used in 1987's "The Living Daylights." The "No Time To Die" car sold for approximately $397,700, with proceeds going to the United Nations High Commissioner for Refugees (UNHCR), the UN's refugee agency.

In addition to the two Astons, Jaguar XF, Land Rover Defender 110, and Land Rover Range Rover Sport SVR, "No Time To Die" stunt cars were among the vehicular lots at the charity auction.