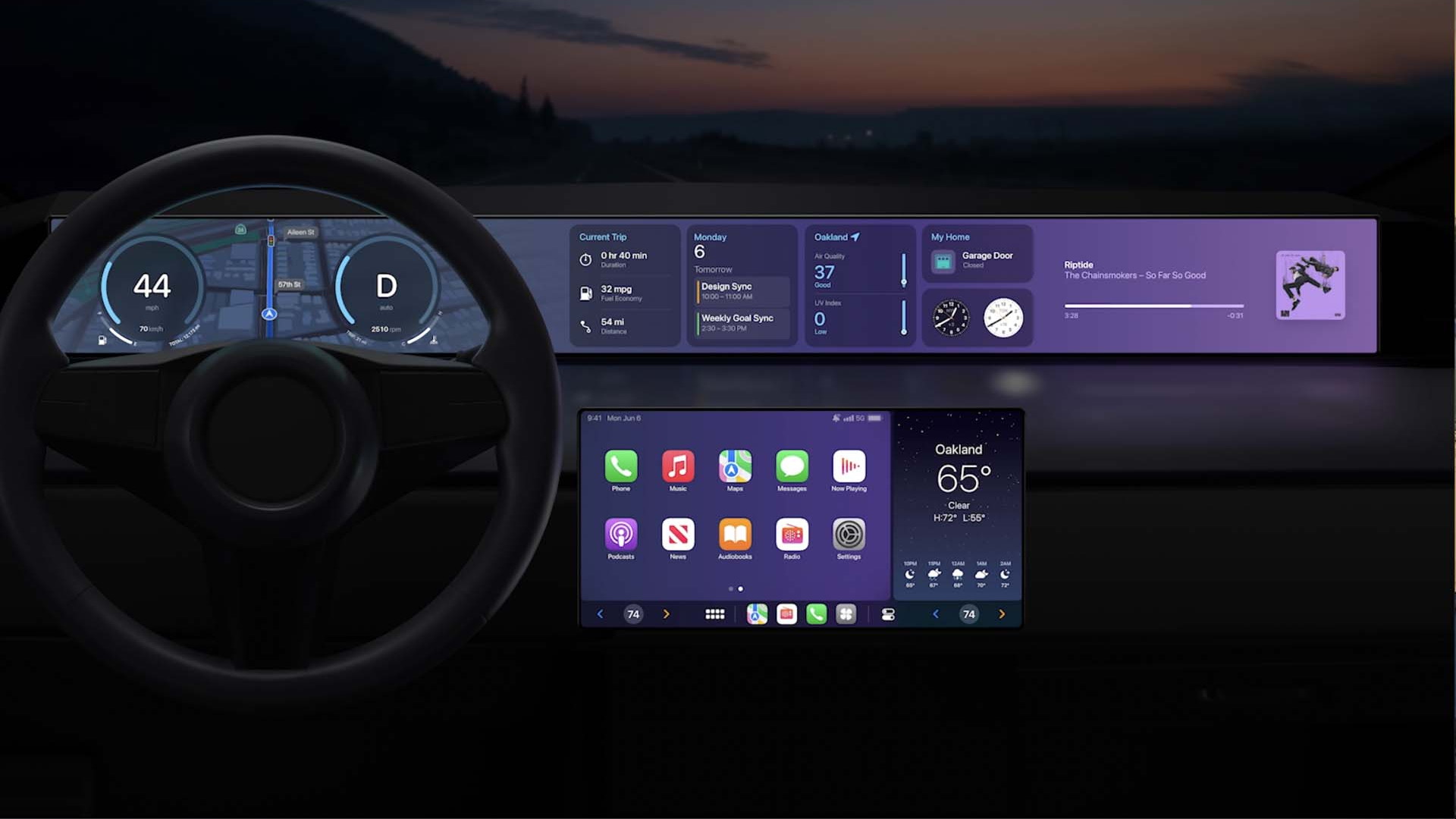 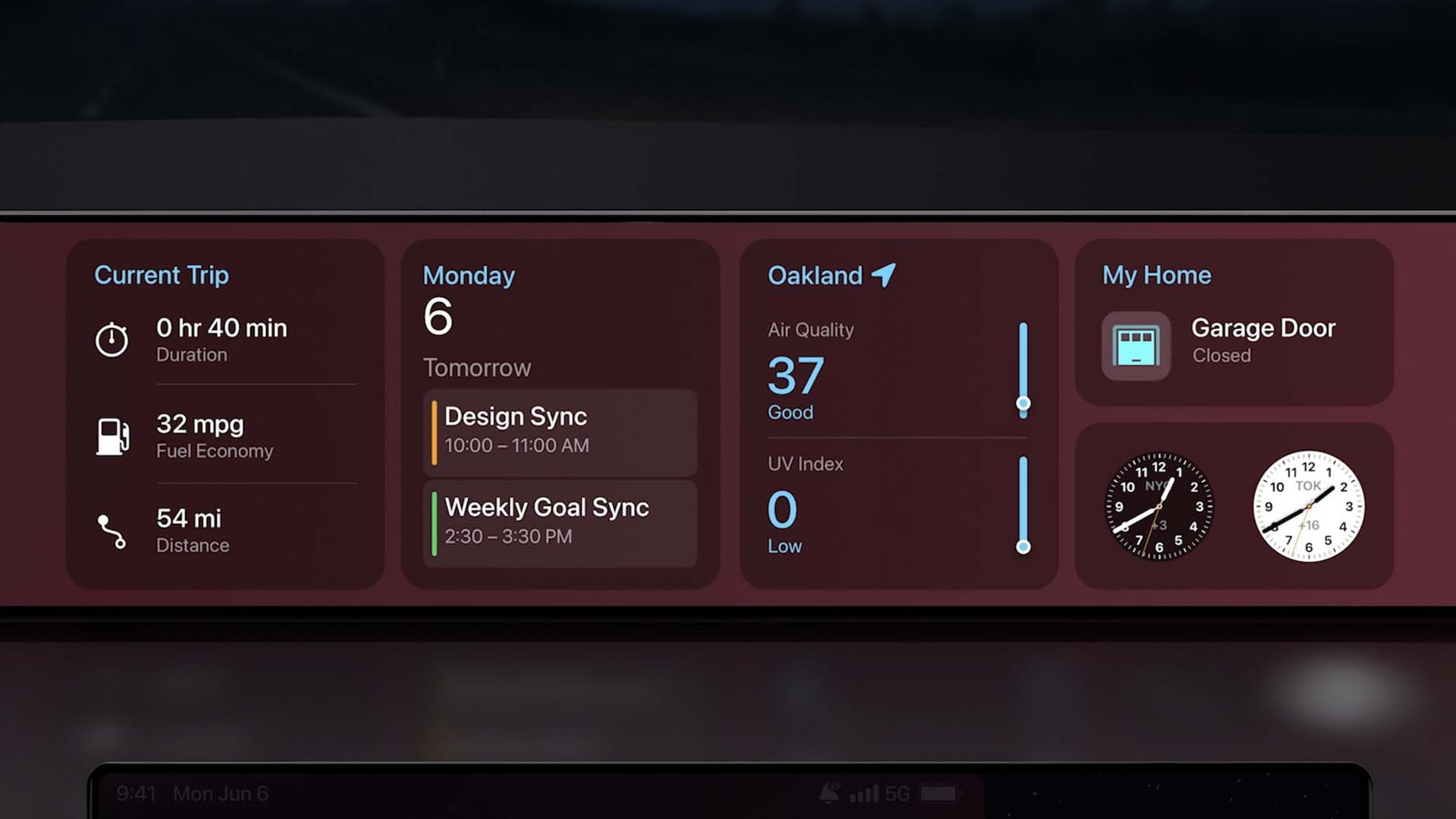 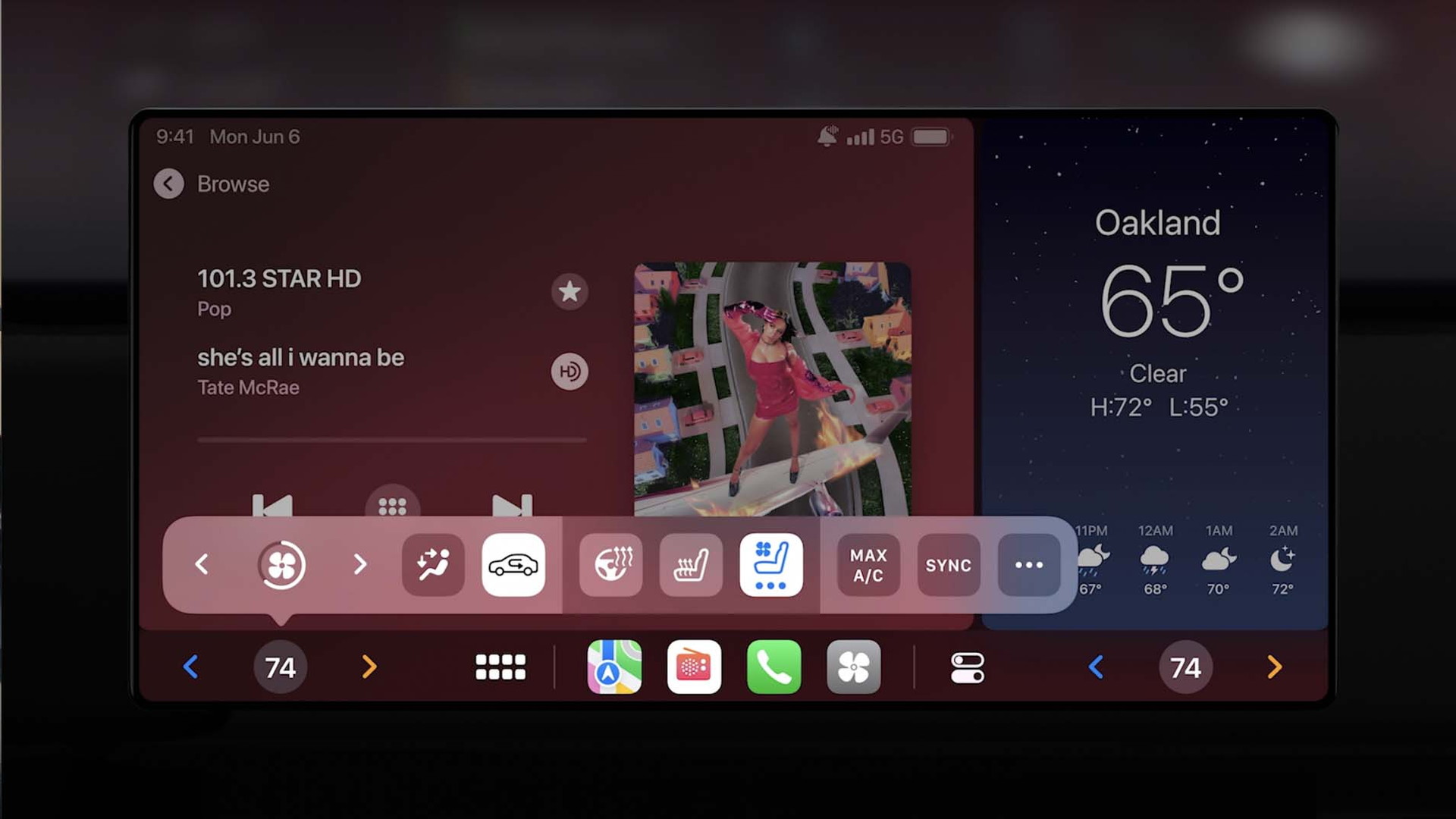 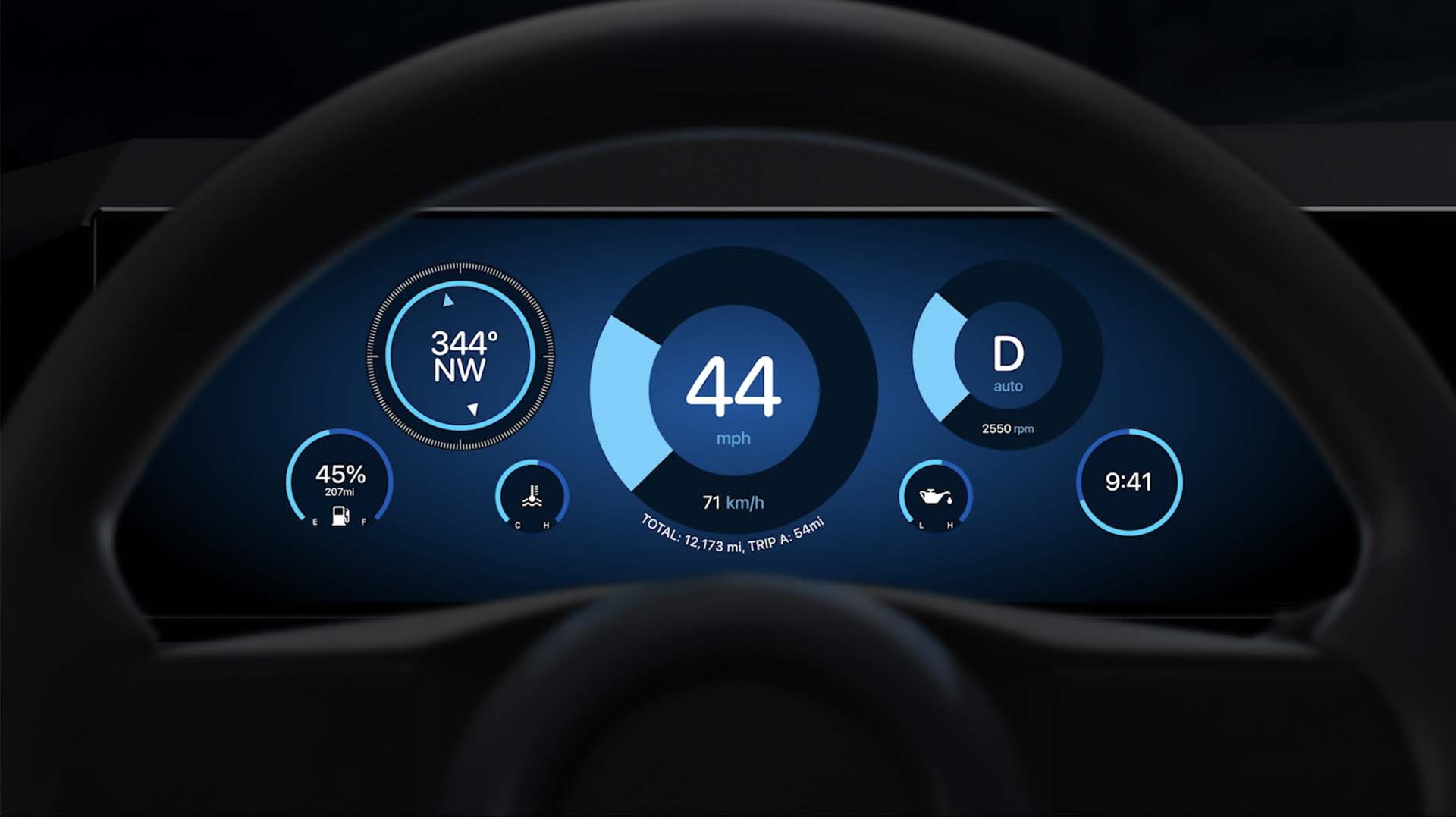 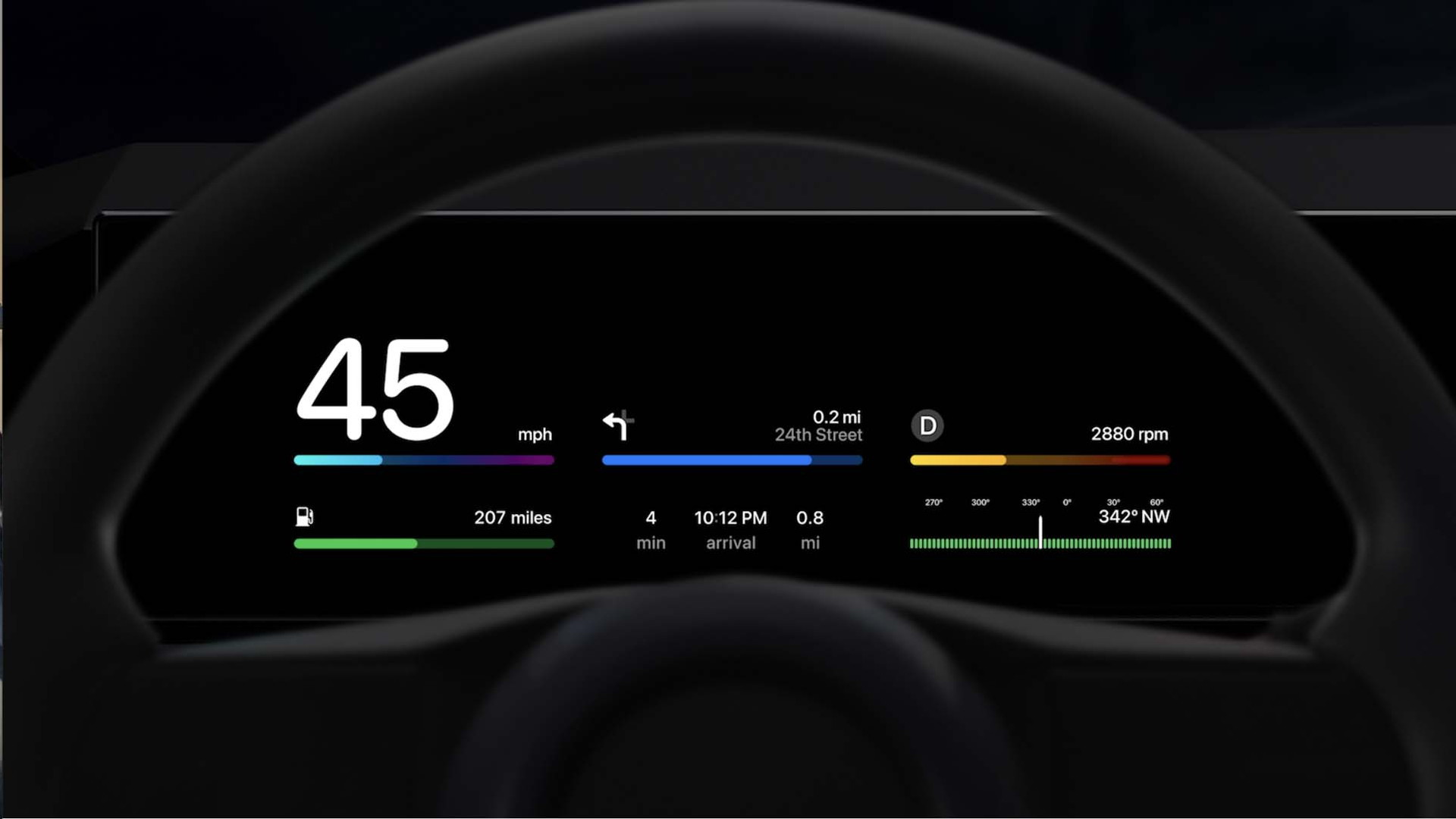 Apple has not announced an electric car yet, but it's going all-in on taking over vehicle dashboards.

On Monday, in the keynote address at the 2022 World Wide Developer's Conference, Apple previewed iOS 16 for the iPhone as well as its next-generation of Apple CarPlay. Spoiler: Your vehicle's gauge cluster will now integrate with your iPhone.

The next-generation of CarPlay will allow your iPhone to take over the instrument cluster by communicating in real time over a secure connection to monitor real-time vehicle systems. Apple noted the information that can be displayed in the gauge cluster includes navigation, speed, rpm, fuel levels, and outside temperature.

iOS 16 CarPlay will bring widgets from your iPhone to your vehicle's infotainment screen and gauge cluster.

Apple showed various versions of the gauge cluster as examples, noting the designs will range from traditional-looking round gauges to modern bar graphs. The colors, backgrounds, and dial treatments can be changed as well.

Customers will be able to add widgets to the center screen and gauge cluster. Apple said the system can adapt to different screen sizes automatically to work with various vehicles.

Apple shared a list of automotive partners, including Land Rover, Mercedes, Benz, Porsche, Nissan, Ford, Lincoln, Audi, Jaguar, Acura, Volvo, Honda, Renault, Infiniti, and Polestar. The specific cars the system will appear in will begin to be announced next year.

The last major CarPlay update came two years ago with iOS 14 featuring digital car keys. That feature still hasn't fully taken off using CarPlay as automakers work to implement this function via their own proprietary apps.

Apple said 98% of vehicles sold in the U.S. today have Apple CarPlay, and took a shot at Tesla and Rivian by noting that 79% of U.S. buyers will only consider a car with CarPlay. Apple did not note where it got this data.