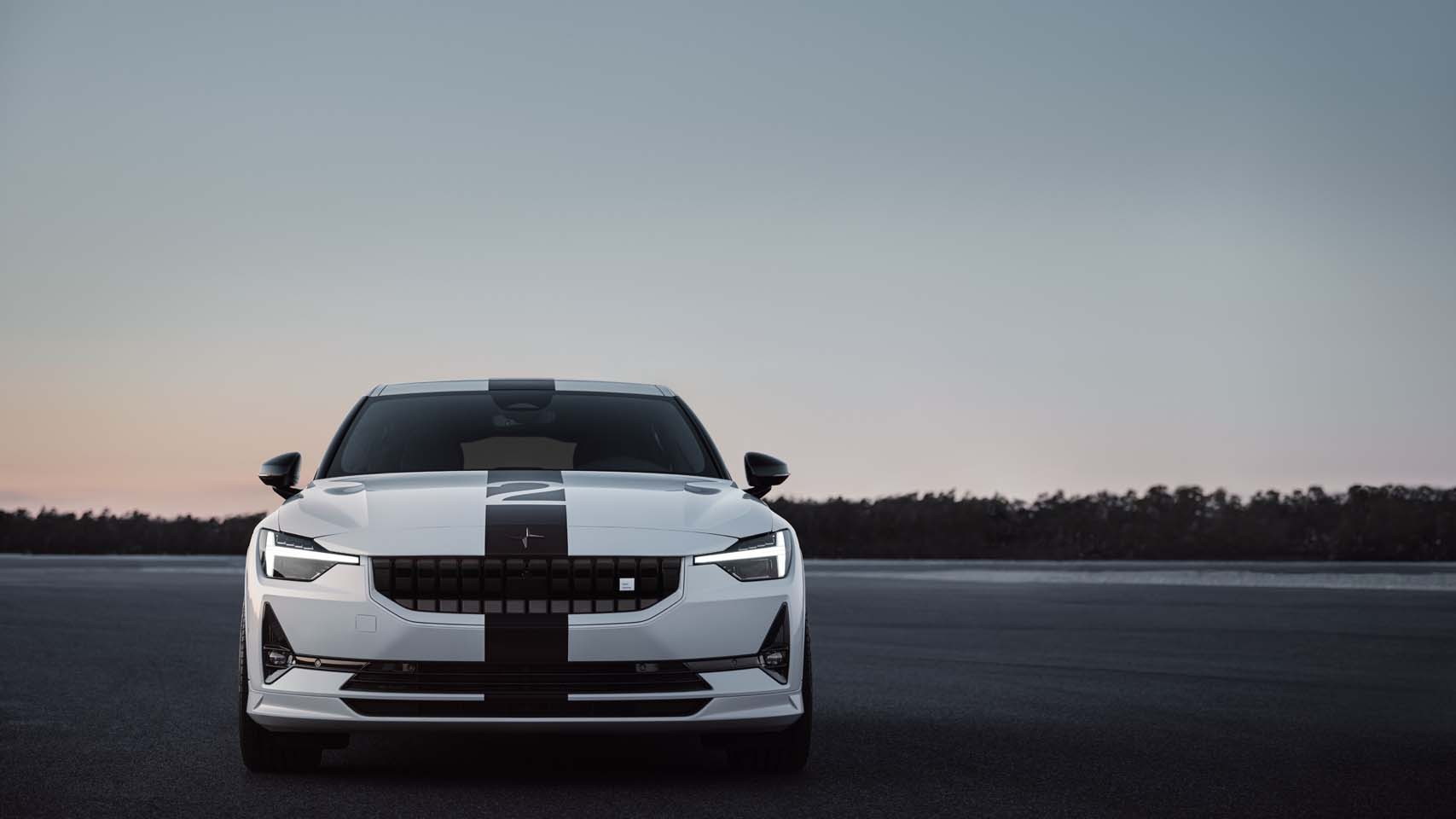 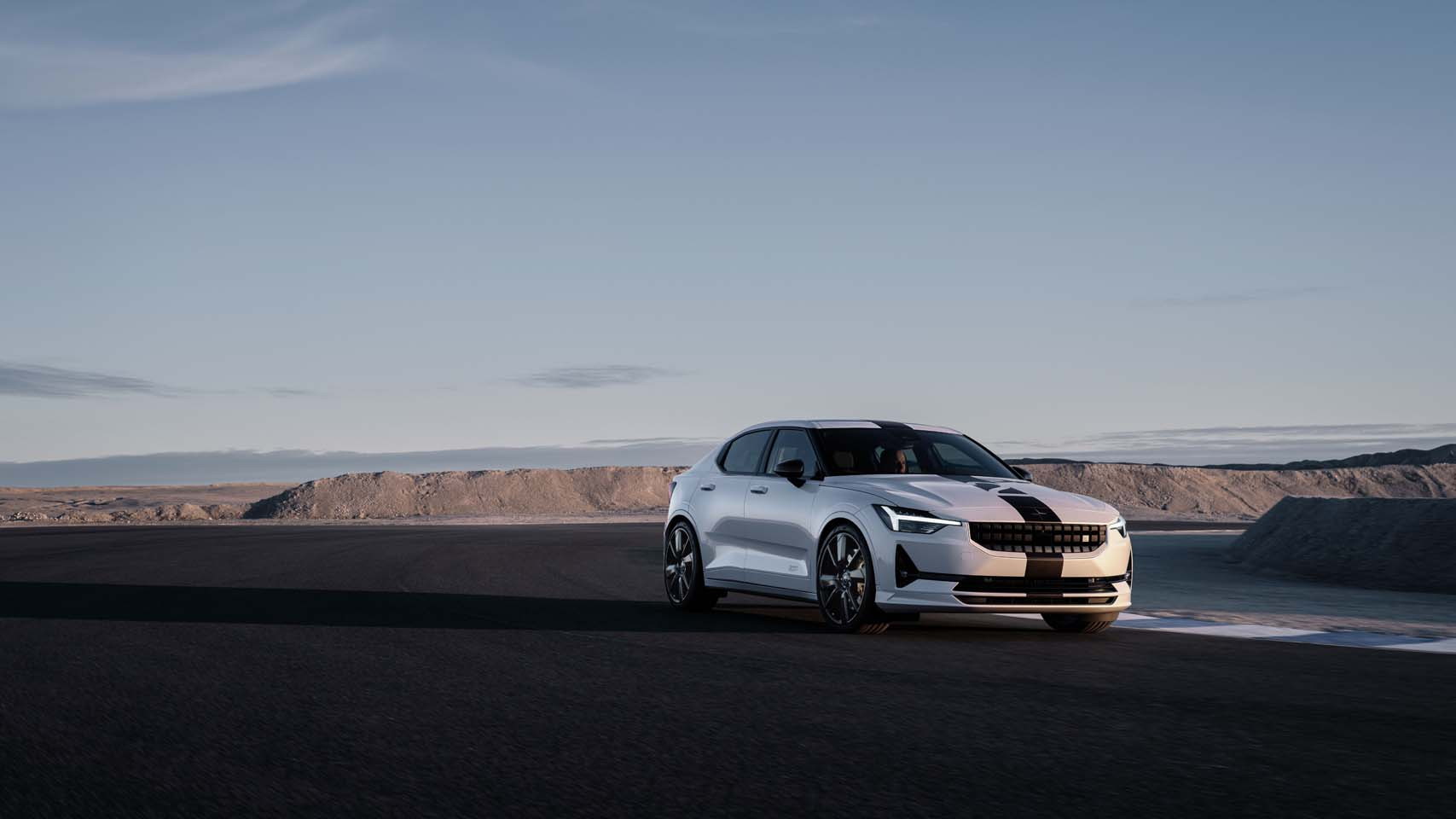 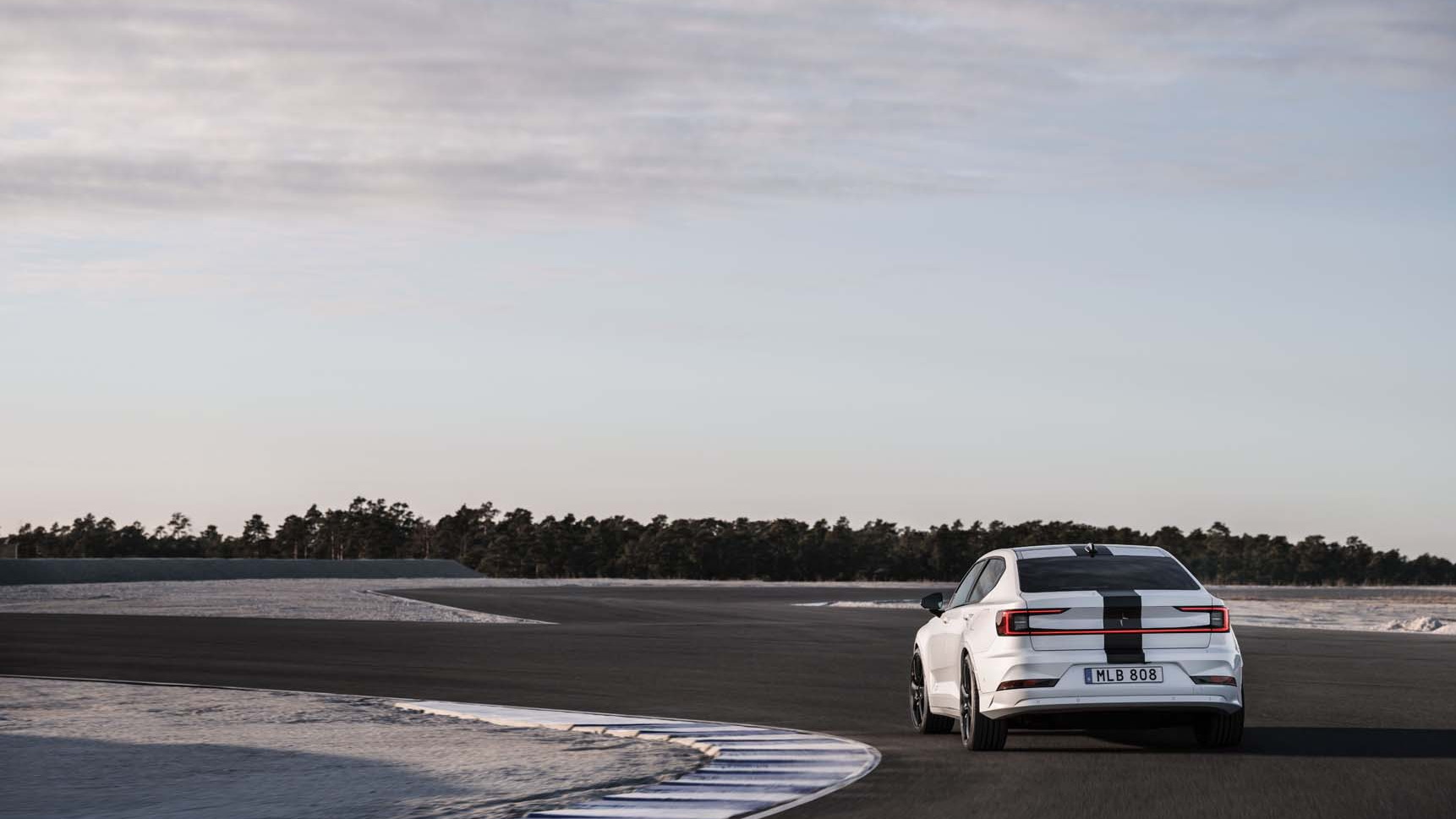 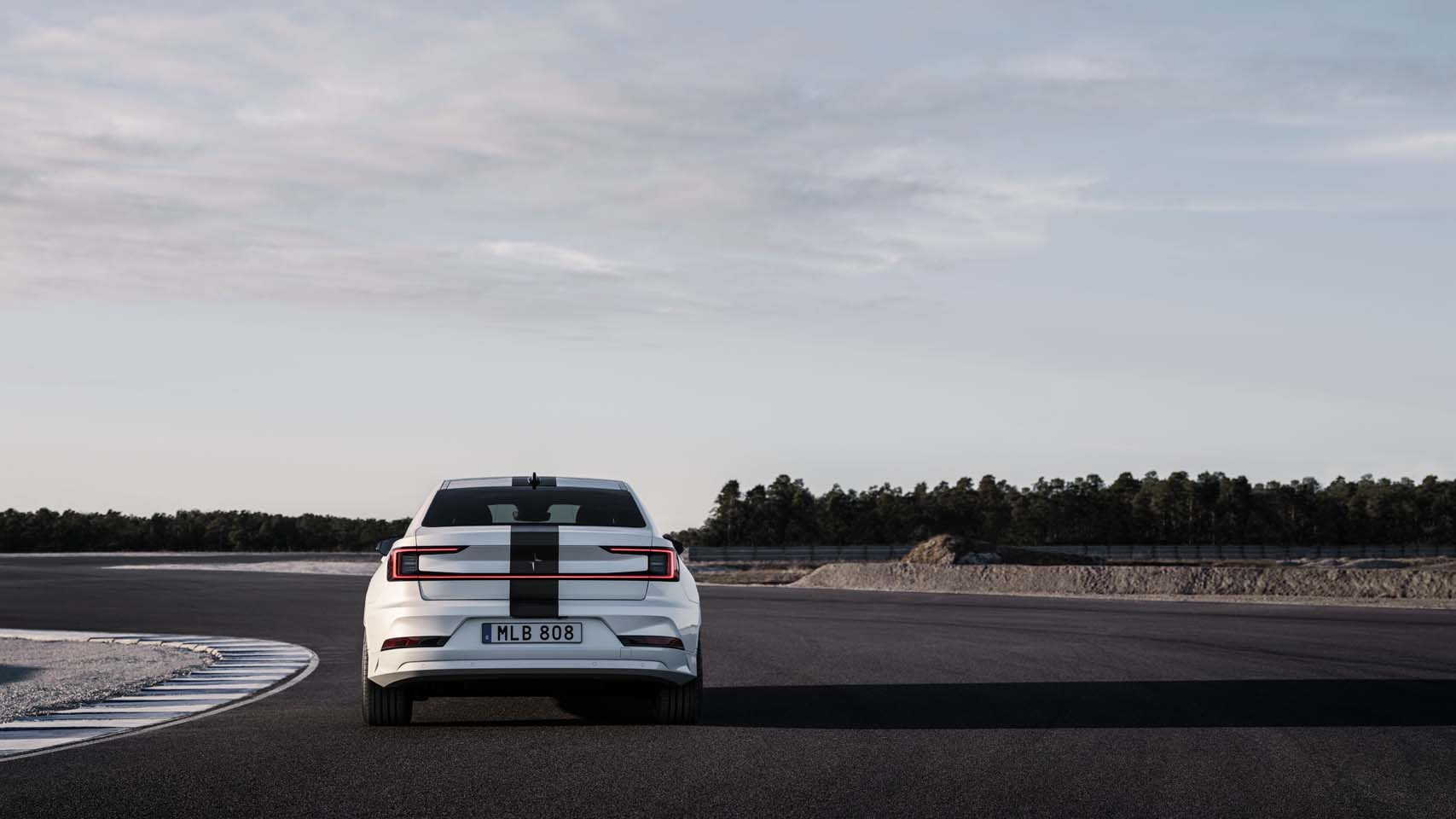 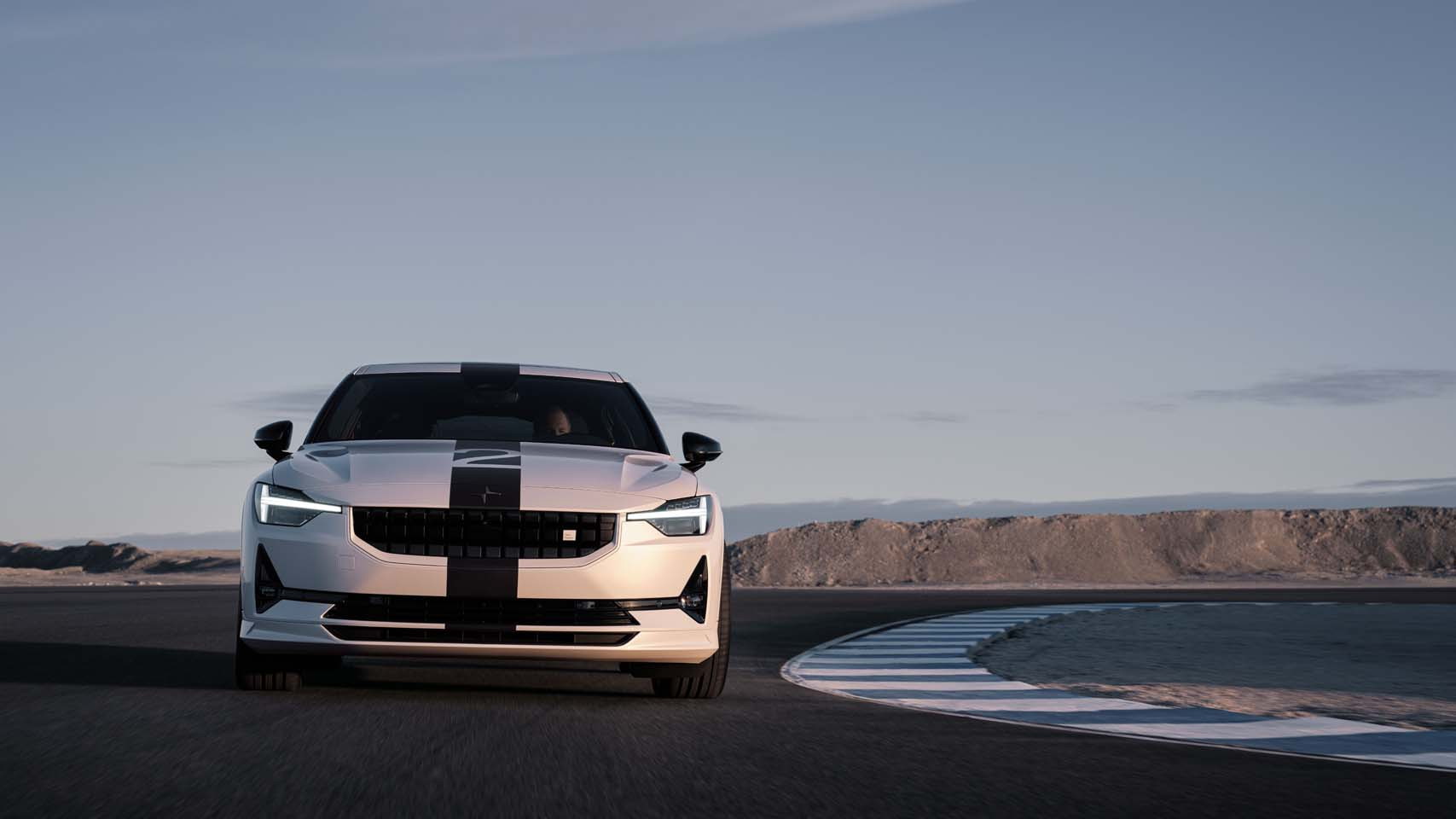 Polestar has decided what it will do with its production center where the Polestar 1 was made, at least temporarily: Build special-edition Polestar 2s.

On Thursday, the 2023 Polestar 2 BST Edition 270 was unveiled with power, suspension, chassis and wheel upgrades. It costs $76,900, including destination, and Polestar dealers will begin taking orders now with deliveries set to begin later this year.

For those wondering, Polestar spokesperson Donny Nordlicht would not say what the BST in the special edition's name stands for as he and Christian Samson, head of vehicle development at Polestar, laughed during an interview with Motor Authority. "It's an internal moniker," Nordlicht quipped as he continued laughing.

While 270 units of the BST Edition 270 will be produced, only a maximum 47 will be delivered to the U.S. and about 15 for Canada. Final numbers haven't been set. Each of these special editions will be made on the 2's production line in Luqiao, China, but they will then be shipped to Chengdu, China, where they will be modified at the Polestar Production Center. The same facility where the Polestar 1 was made.

The BST Edition 270 at its core is an enhanced and refined Polestar 2 with small changes that should add up to large improvements. The team took 25 millimeters (nearly an inch) out of the ride height, which was a lot of work to achieve while still maintaining ride quality, according to Samson.

The Öhlin shock absorbers were returned and new bump stops were created from scratch and adapted to the chassis for this suspension application. The dampers themselves were rebuilt with additional reservoirs beyond what is found on the Polestar 2 Performance Package. The reservoir canisters are visible and found in the frunk area under the hood.

A front strut bar, which the Performance Package car does not have, was added. But there were integration issues presented during development. The Polestar 2 wasn't designed to have a strut bar, and there was a clearance issue that created packaging problems. It was a tight fit and some were rerouted on BST Edition 270 cars to make it work. Samson said the strut bar increases the steering sensation and precision.

Samson was quick to admit the Polestar 2, even in BST Edition 270 form, is not a track car. The exec said it's rewarding to drive, but the changes don't add up to have "silly (VW) GTI choppiness." The goal was to mimic what Porsche does by enhancing, but not exaggerating or trying to convince you at the next corner this is the best-handling car you've ever driven only to lead to disappointment, according to Samson.

The electric heart of the BST Edition 270 is the Polestar 2 dual-motor performance model's powertrain and 78-kilowatt-hour battery, but a performance software upgrade increases power from the standard car's 408 hp and 487 lb-ft of torque to 476 hp and 502 lb-ft.

The additional horsepower comes courtesy of remapping the powertrain in addition to playing with the battery temperature and overall system temperatures, according to Samson. The accelerator pedal has also been remapped for increased response from the the extra power produced by the electric motors.

"This is the ceiling for both (the battery and the motors)," Samson said.

If those numbers sound familiar it's because in December Polestar announced an optional over-the-air software upgrade that increases power output on the dual-motor performance model's powertrain to the same figures. It's worth noting that Nordlicht said every 2023 Polestar 2 with the Performance Package will have the updated power outputs. The special edition also receives a performance launch control system specifically tuned for the BST Edition 270. Final performance figures for the BST Edition 270 haven’t been finalized, but Nordlicht said it’ll be the same or quicker than the Performance Package car with the power upgrade.

It'll take a keen eye to spot a BST Edition 270 on the road. The wheel surrounds, grille and trim are all painted body color while the mirror caps and window trim are gloss black. The two color options will be Snow or Thunder, with a Charcoal WeaveTech interior. A matte center stripe will be available for $1,000 while buyers can opt for the entire car to have a Battleship Gray matte wrap for $5,000. BST Edition 270-specific 21-inch gloss black diamond cut aluminum wheels will be wrapped in Pirelli P Zero 245/35R21 tires. While the wheels share some visual similarities to those of the Polestar 1, they aren't the same.

If much of the above, and what you see, looks familiar you aren't crazy. That's because it is. This special edition, in large part, was previewed by a concept that ran at the 2021 Goodwood Festival of Speed in the U.K.

Samson noted the differences between that concept and the BST Edition 270 are minor. The hardware is all the same, but the production car has been tuned and refined.

The concept was a one-off that was designed to look great and run the hill at Goodwood, according to Samson. It wasn't very comfortable or compliant. The production version uses the same suspension design, strut bar, and wheel design, but the concept ran the Polestar 1's tires. Differences come down to tuning elements and long-term durability testing.

Nordlicht said the BST Edition 270 is an exercise in showing what Polestar's team can do in the future. "We can do a limited-run car and make it extra special."