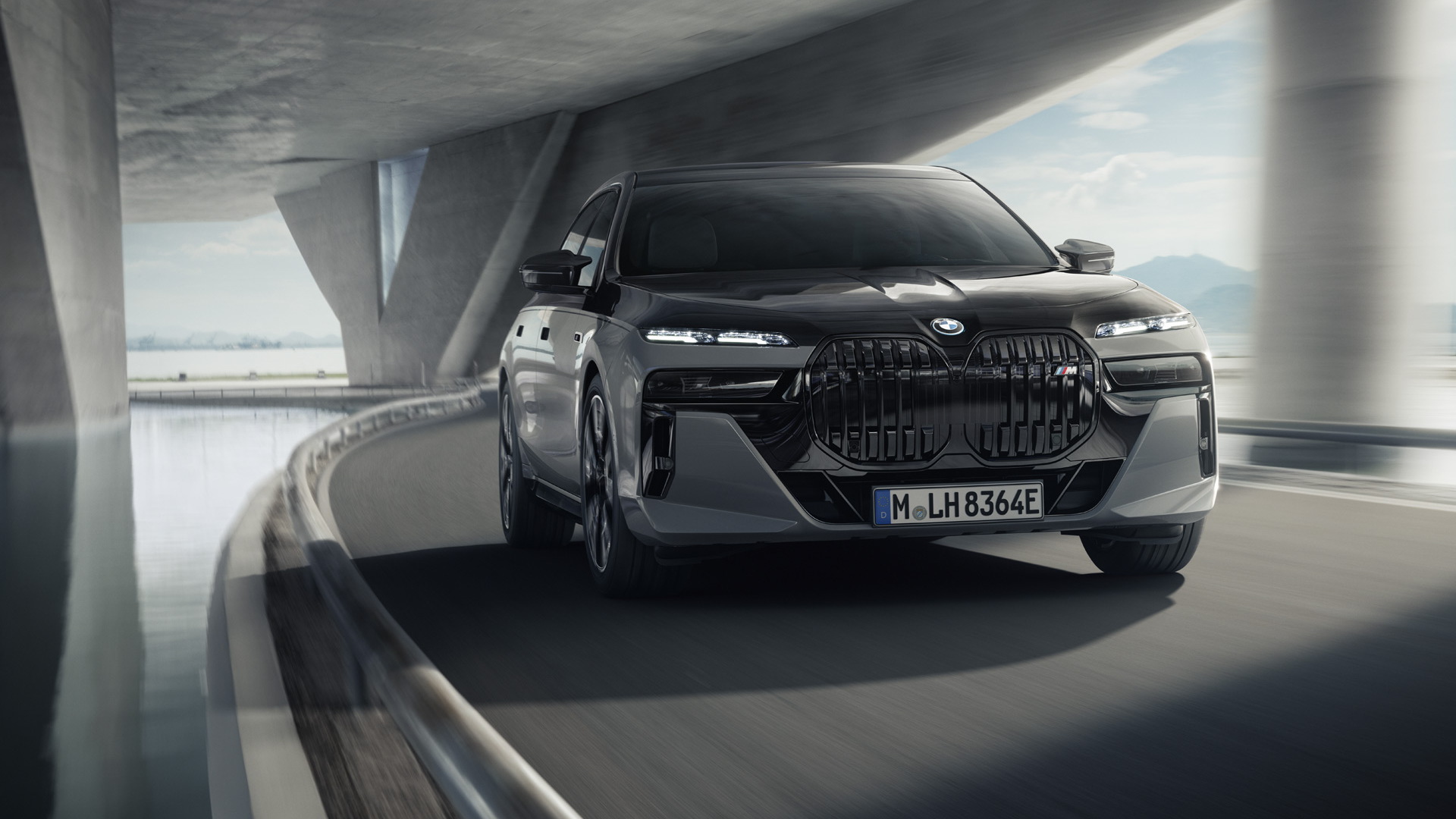 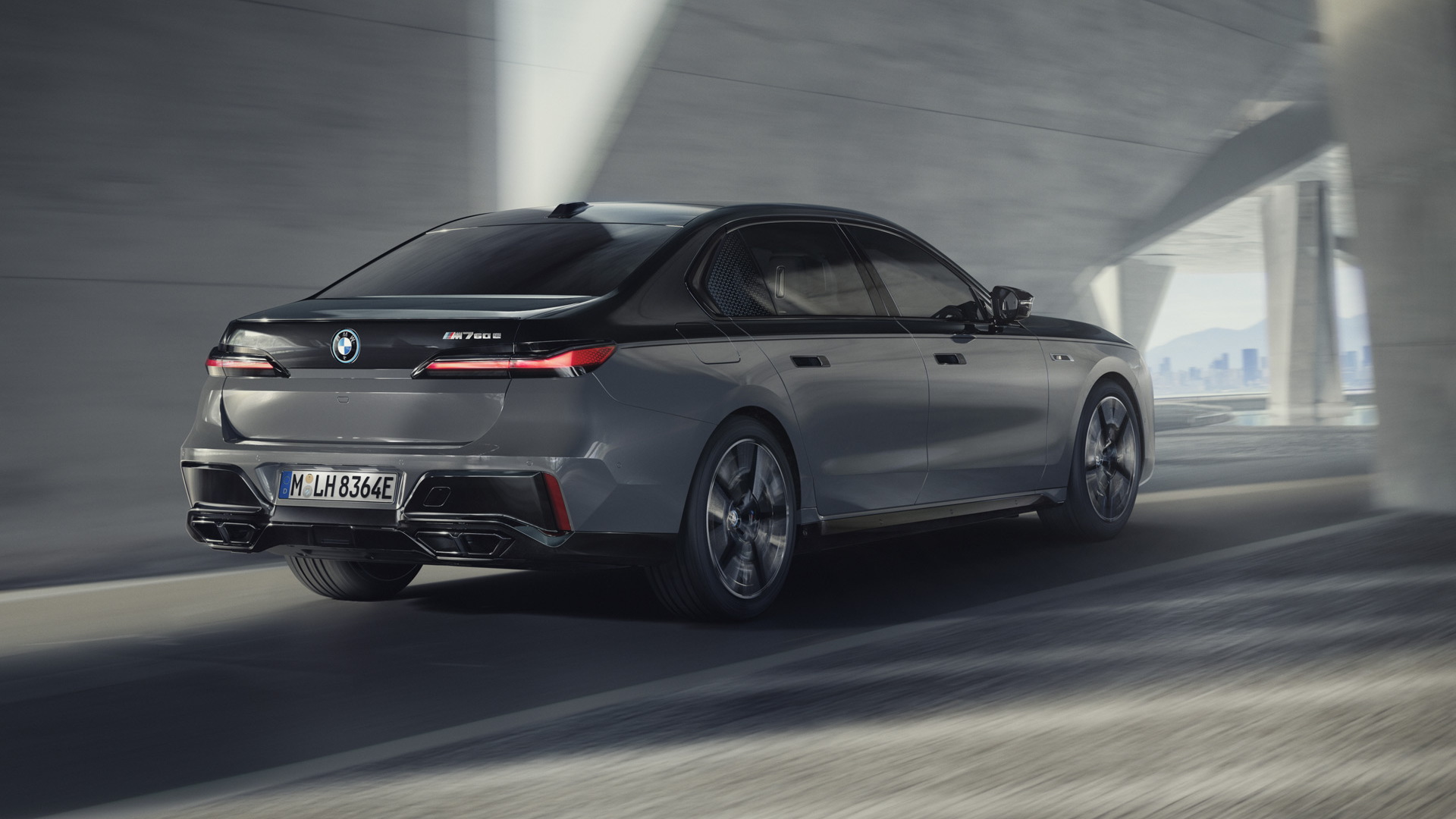 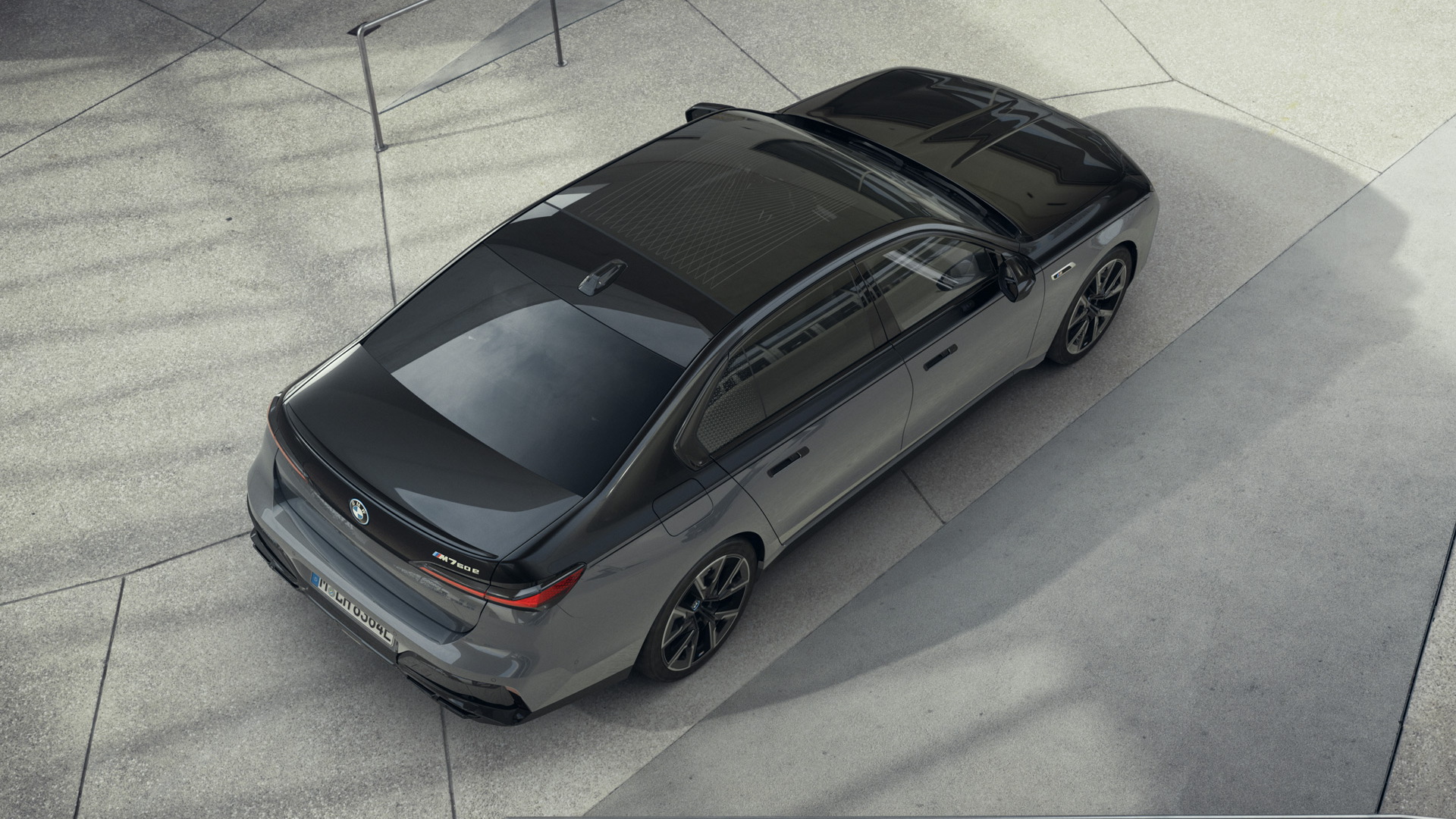 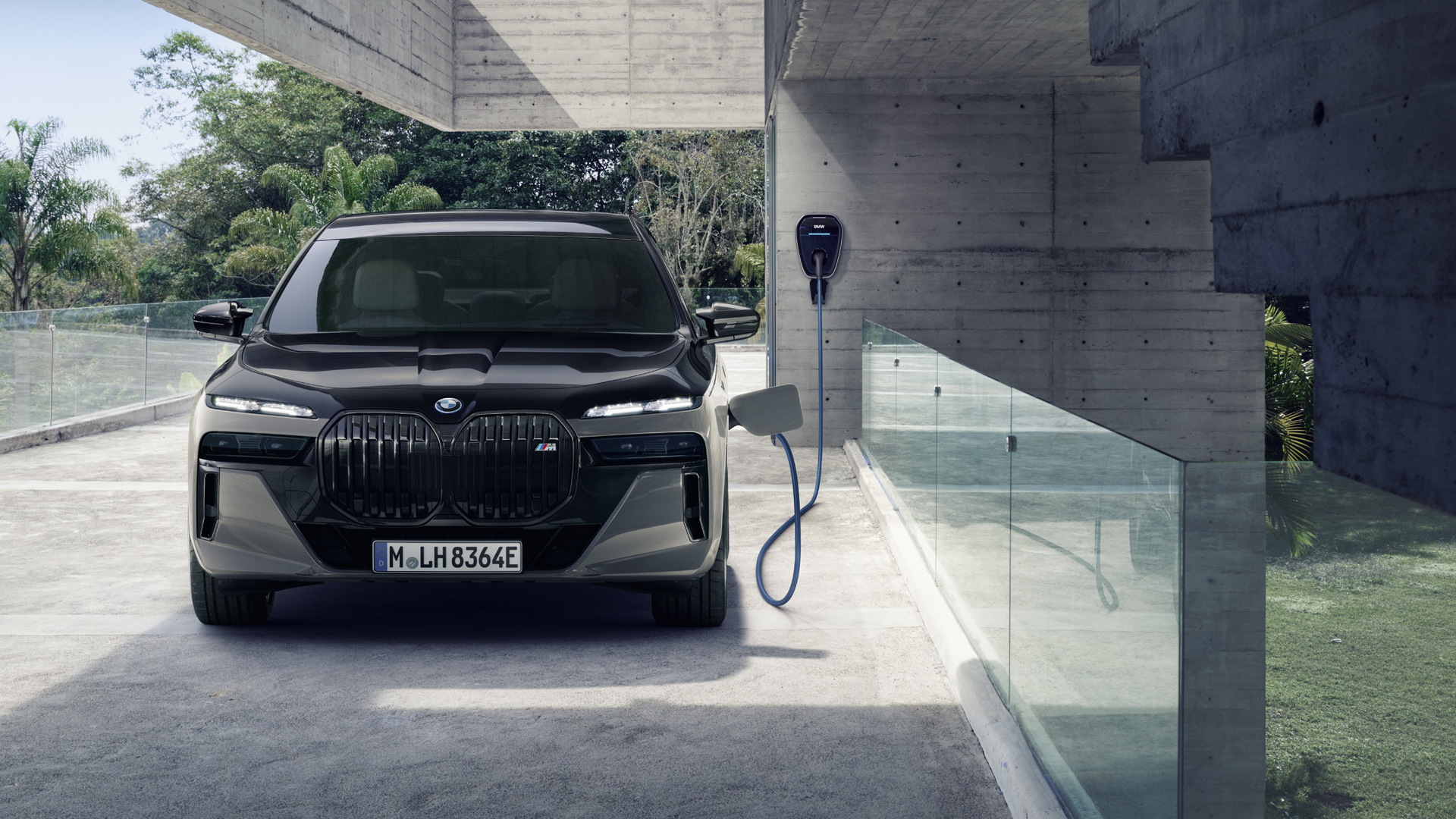 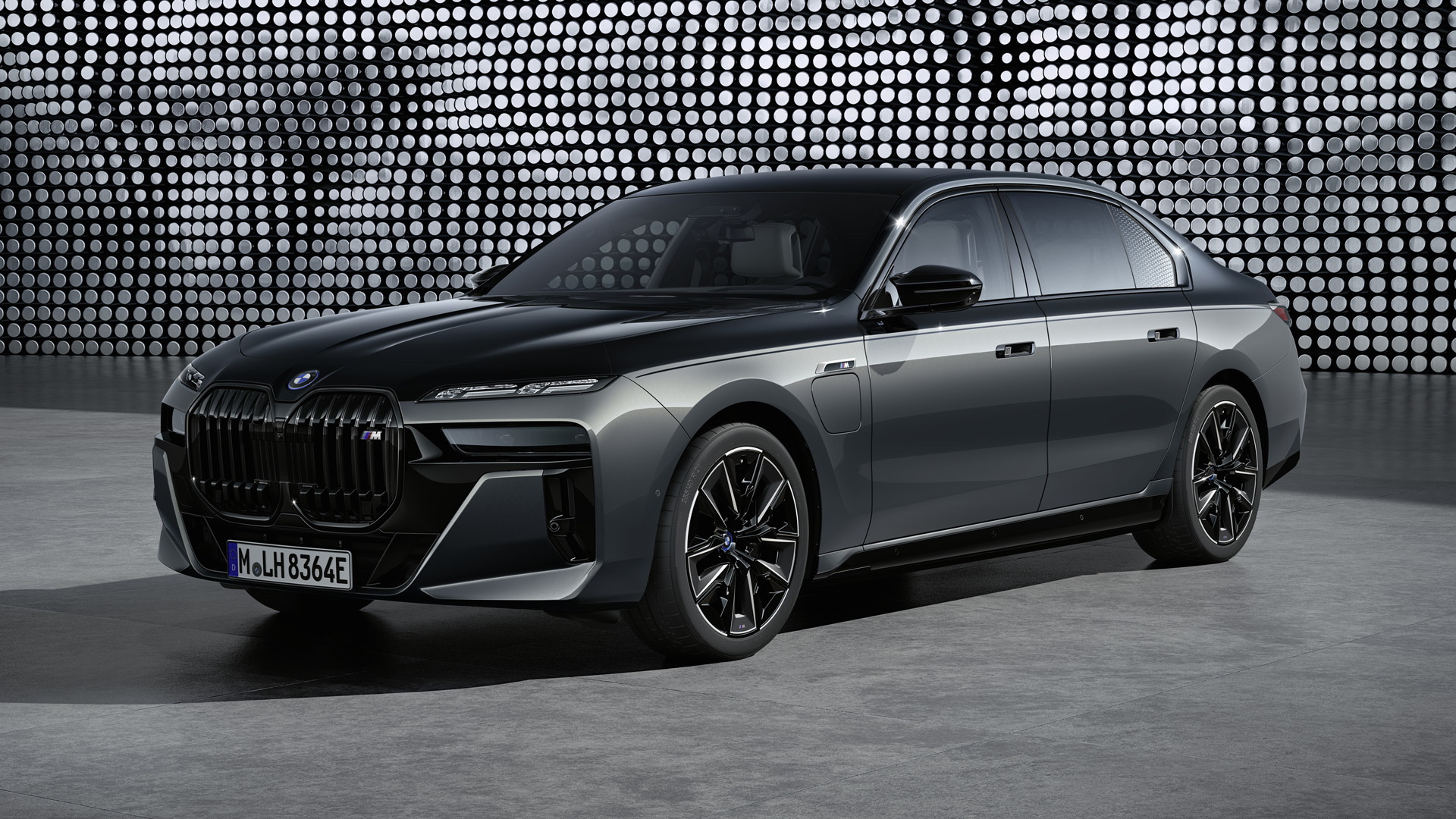 A redesigned 2023 BMW 7-Series goes on sale late this year but not every grade will be available at the market launch.

The first grades to arrive will be the 740i and 760i xDrive mild-hybrids and i7 xDrive60 electric sedan.

Buyers willing to wait a bit longer can look forward to new range-toppers in the form of the M760e xDrive and i7 M70 xDrive. They make their global launch next year though availability for the U.S. market is yet to be announced. We'll likely see them arrive for the 2024 model year.

With BMW having phased out its V-12 engine with the outgoing 7-Series, buyers looking for the top powertrain in the new seventh-generation 7-Series can choose between plug-in hybrid or pure electric power.

The M760e xDrive is the plug-in hybrid. Its powertrain pairs a 3.0-liter turbocharged inline-6 with a single electric motor for a combined output of 563 hp and 591 lb-ft of torque. Performance estimates include a 0-62 mph time of 4.3 seconds and a governed top speed of 155 mph. On electric power alone, the M760e can reach speeds as high as 87 mph and should cover up to 50 miles on a charge.

A tamer 750e xDrive plug-in hybrid with a detuned version of the M760e xDrive's powertrain has also been announced. It's rated at 483 hp and 516 lb-ft of torque.

Though it hasn't been announced yet, BMW should eventually offer a version of the new 7-Series worked on by in-house tuner Alpina. It's possible that Alpina's take on the 7-Series, which in previous generations carried the name B7, will also offer the choice of plug-in hybrid or electric power. Stay tuned.