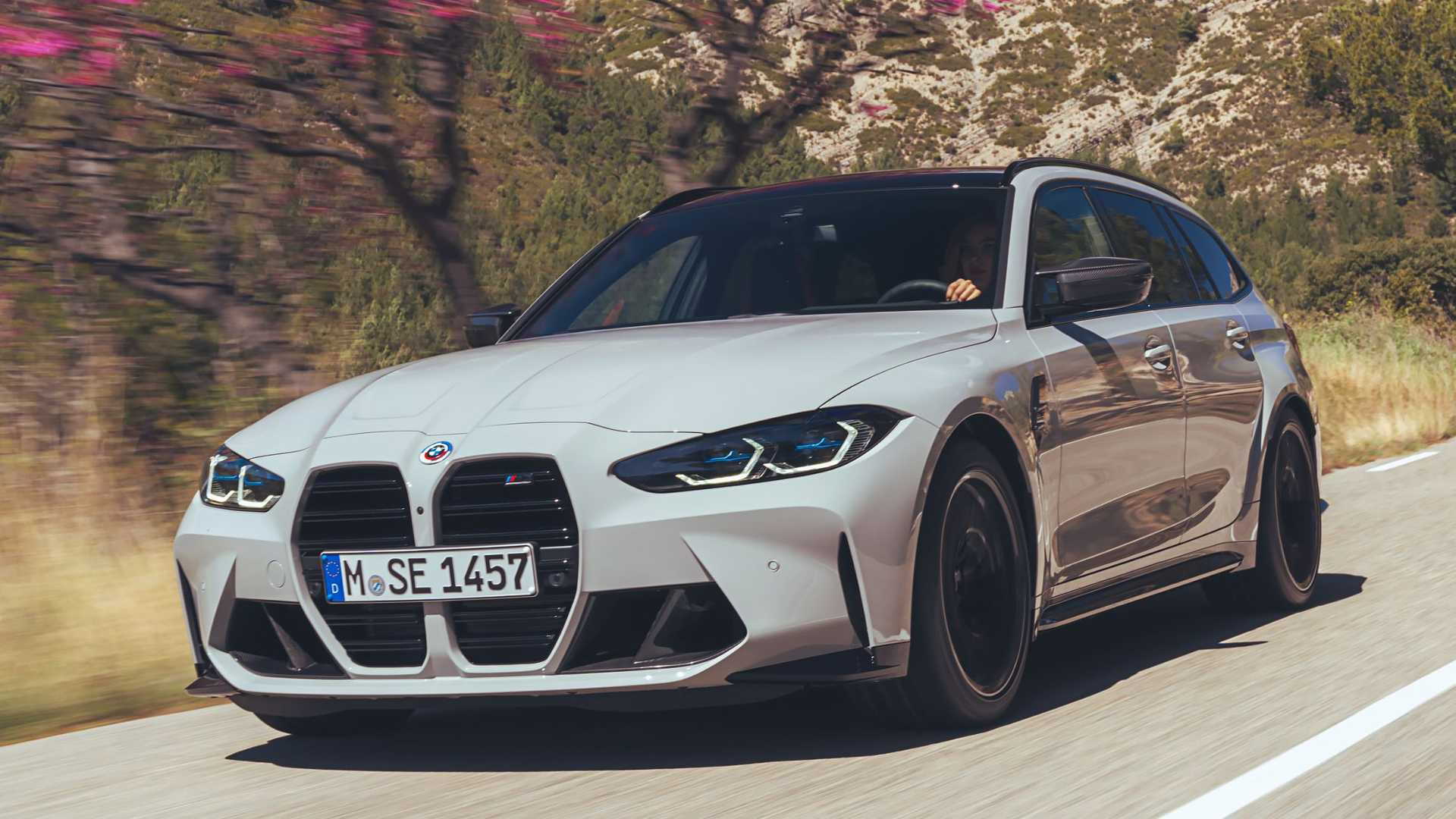 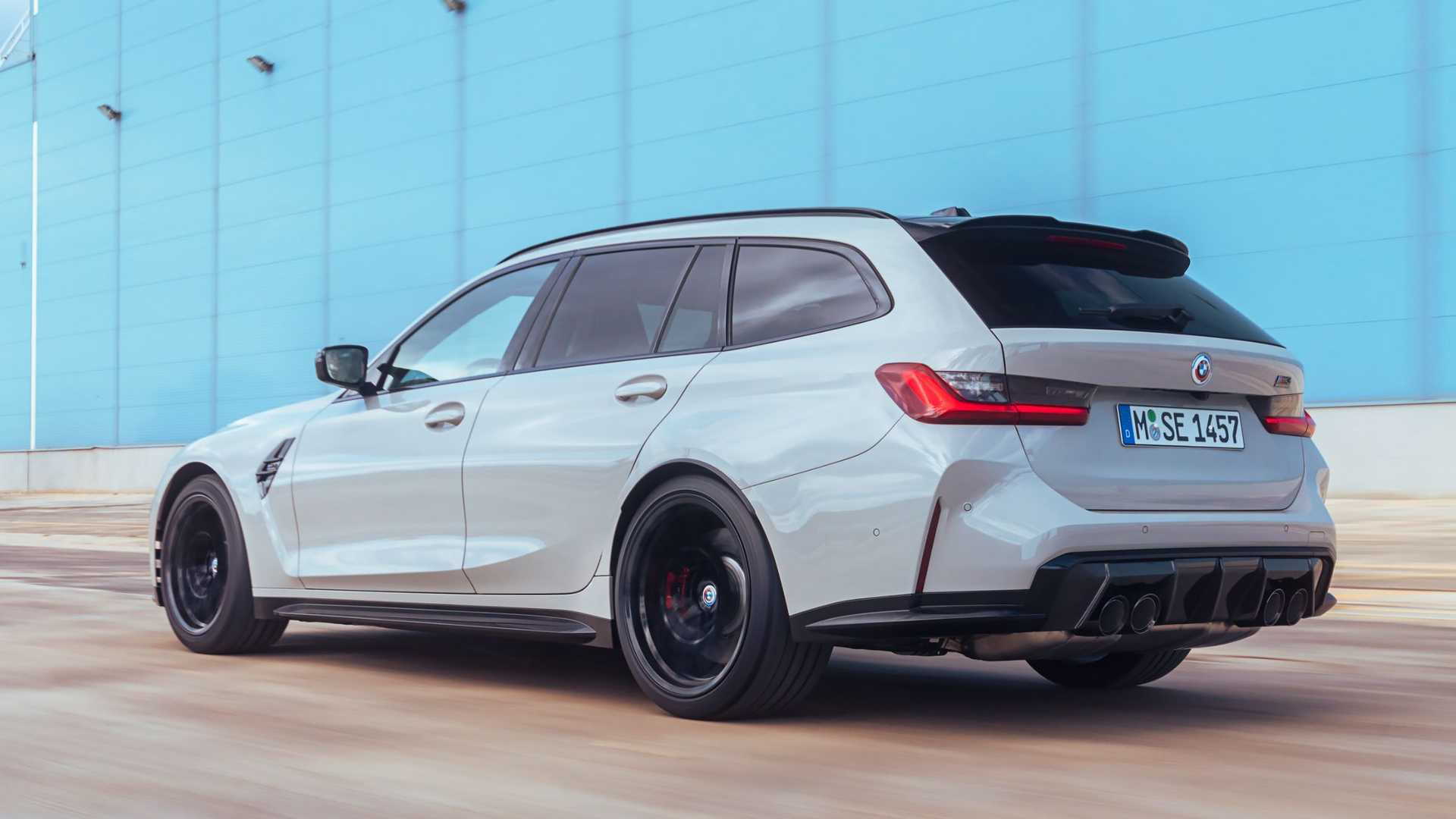 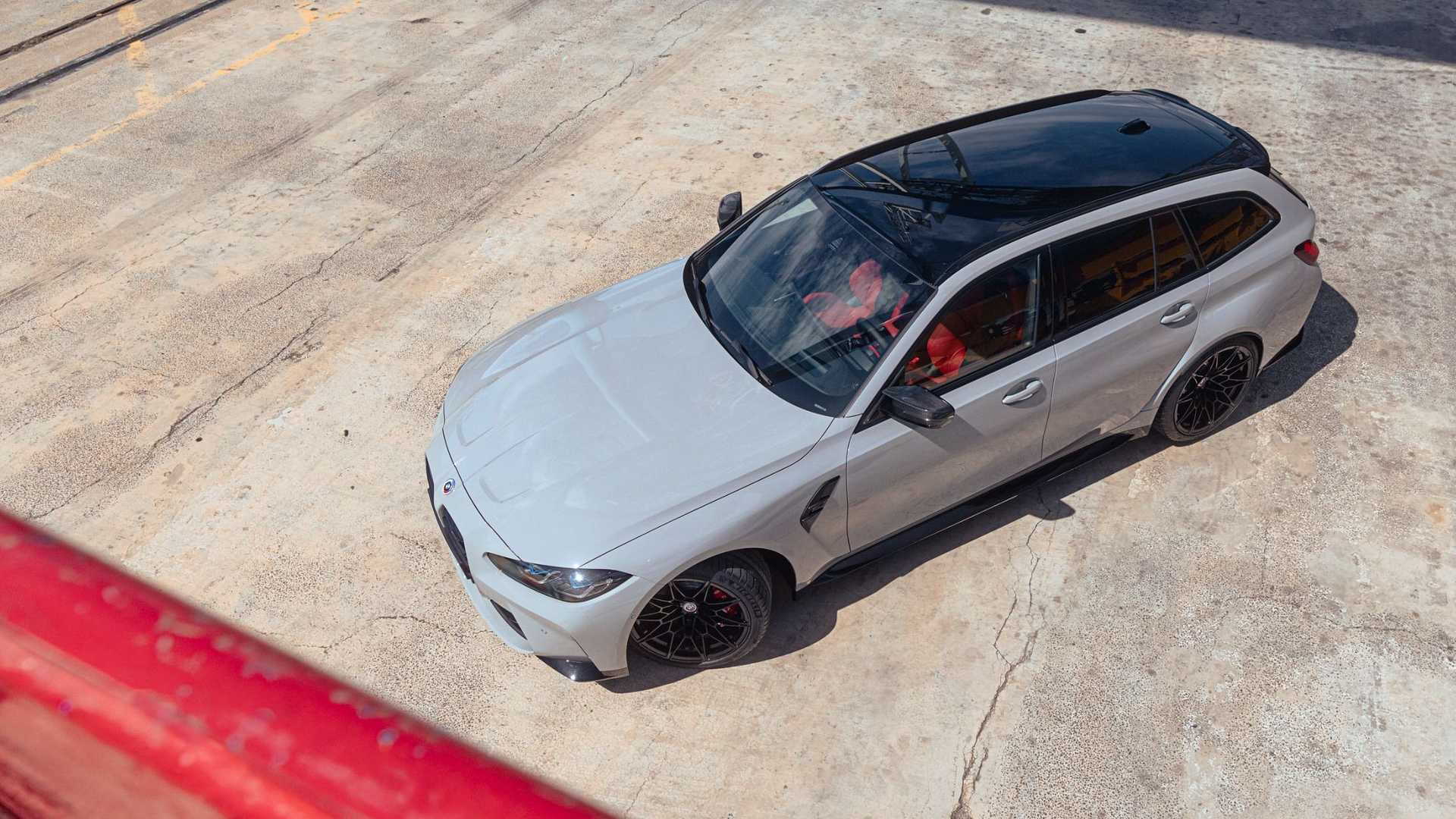 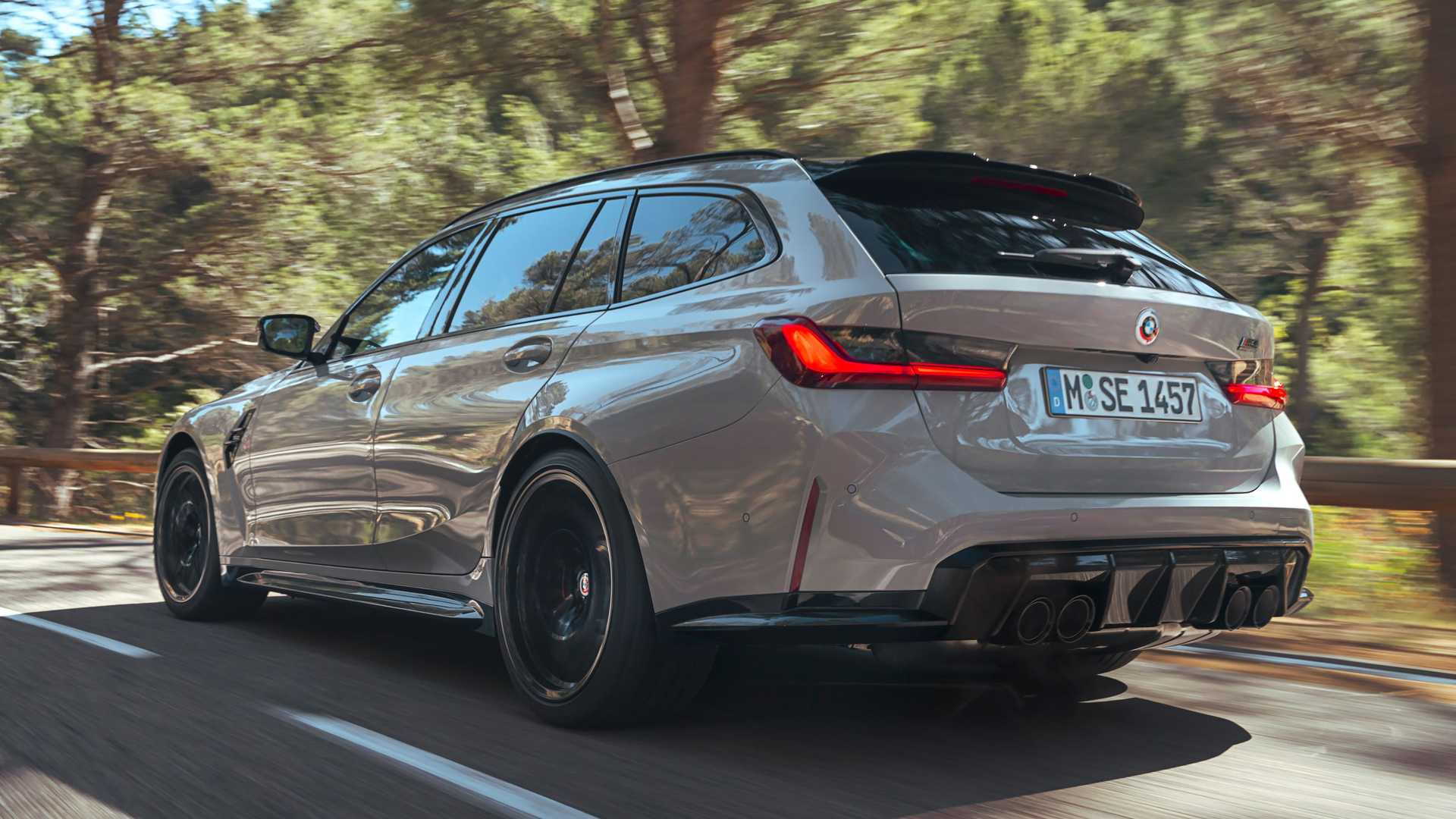 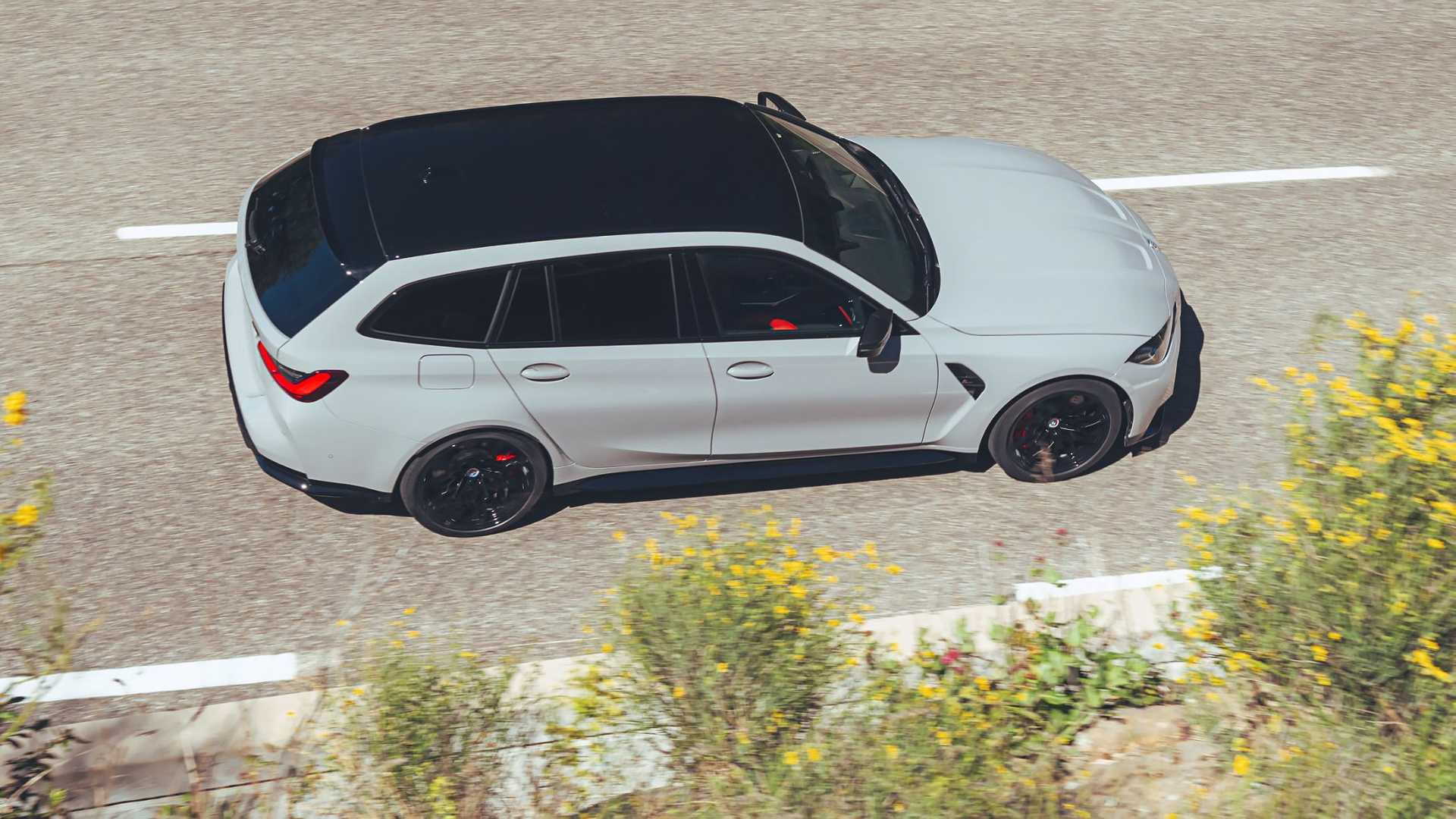 BMW's M3 has finally spawned the M3 Touring that wagon lovers have been waiting decades for.

It was revealed on Tuesday ahead of a formal debut at this week's 2022 Goodwood Festival of Speed in the U.K., and sadly the speedy longroof isn't headed to the U.S. It makes sense as the U.S. already misses out on the regular BMW 3-Series wagon.

The M3 Touring features the same specs as the M3 sedan, meaning power comes from a twin-turbocharged 3.0-liter inline-6. The M3 Touring has been announced exclusively in M3 Competition guise, and with an 8-speed automatic and all-wheel drive. That means it misses out on the 6-speed manual the M3 sedan can be ordered with.

Impressively, the M3 Touring isn't just a 3-Series wagon with the M3 sedan's mechanicals swapped in. To fit the M3's specific rear axle, the 3-Series wagon's body needed to be made 3.3 inches longer and 3.0 inches wider. Additional bracing was also required due to the lengthened body. The result is that the M3 Touring weighs roughly 200 pounds more than the sedan, but it has the advantage of a generous 53.3 cubic feet of storage (with the rear seats folded). Weight distribution is an ideal 50:50.

Another impressive feature is the all-wheel-drive system. It has a sport mode that adds even more rear bias, and for track use, there's the ability to switch off the dynamic stability control which results in drive going to the rear wheels only. Forged 19-inch (front) and 20-inch (rear) wheels are standard and can be specified with track tires as an option. Carbon-ceramic brake rotors are also on the options list.

The M3 Touring is based on the updated 2023 BMW 3-Series range, which means up front it gets the latest dashboard design with floating screens for the instrument cluster (12.3 inches) and infotainment hub (14.9 inches), with the latter running the new version 8.0 of iDrive. Carbon-fiber bucket seats are available and help save around 21 pounds.

Deliveries in the first markets start late this year.

While this is the first time that BMW has launched an M3 wagon, the automaker came close almost two decades ago when it developed one as part of the third-generation M3 range. However, the project never got past the prototype stage.

The Goodwood Festival of Speed runs June 23-26. Attendees will get to see the new M3 Touring run up the Goodwood hillclimb. The recently revealed 2023 M4 CSL will also take on the challenge. BMW will also have on display an assortment of race cars including the original 3.0 CSL, M1 Procar, V12 LMR Le Mans winner, and the new Hybrid V8 LMDh.