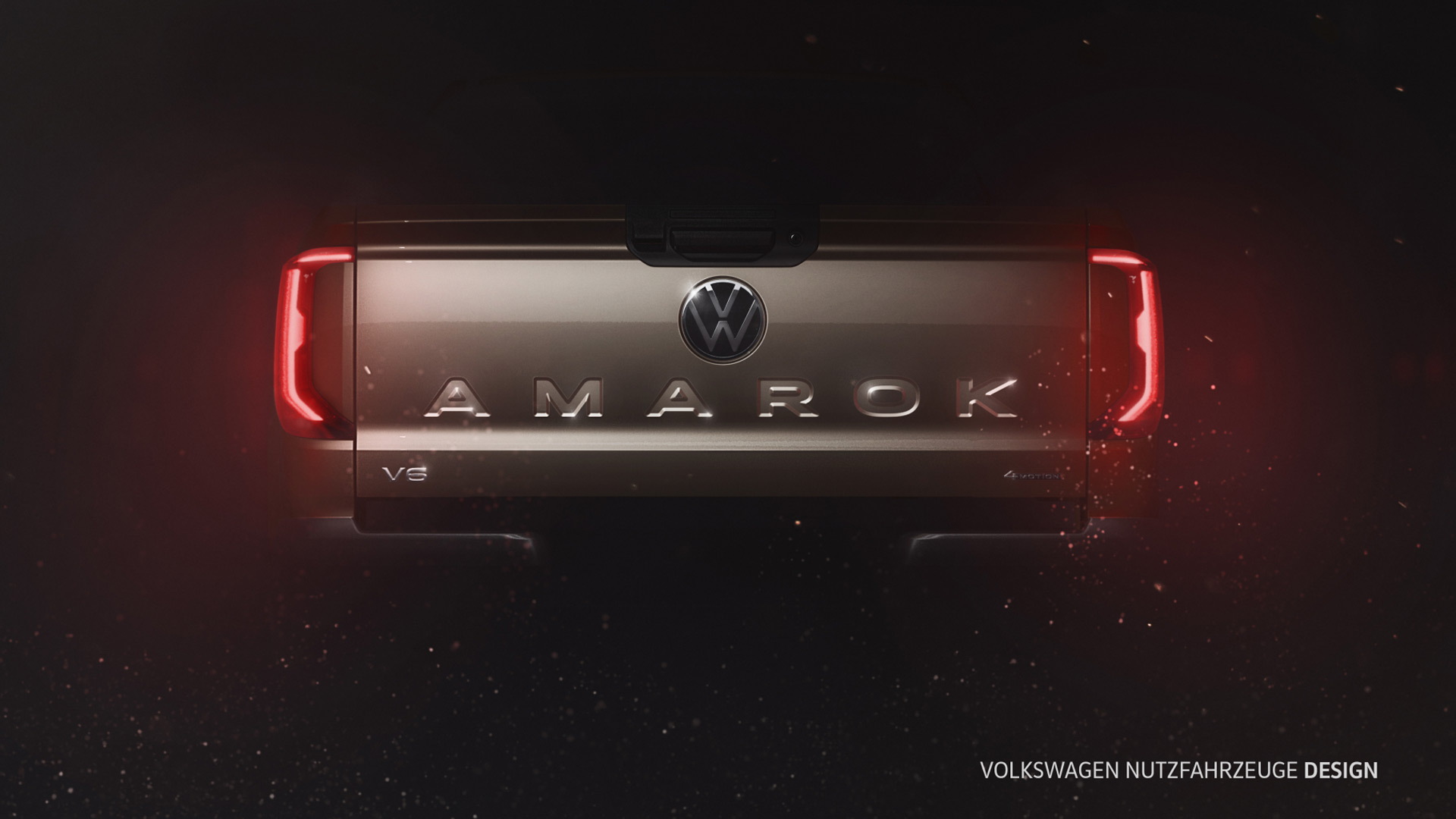 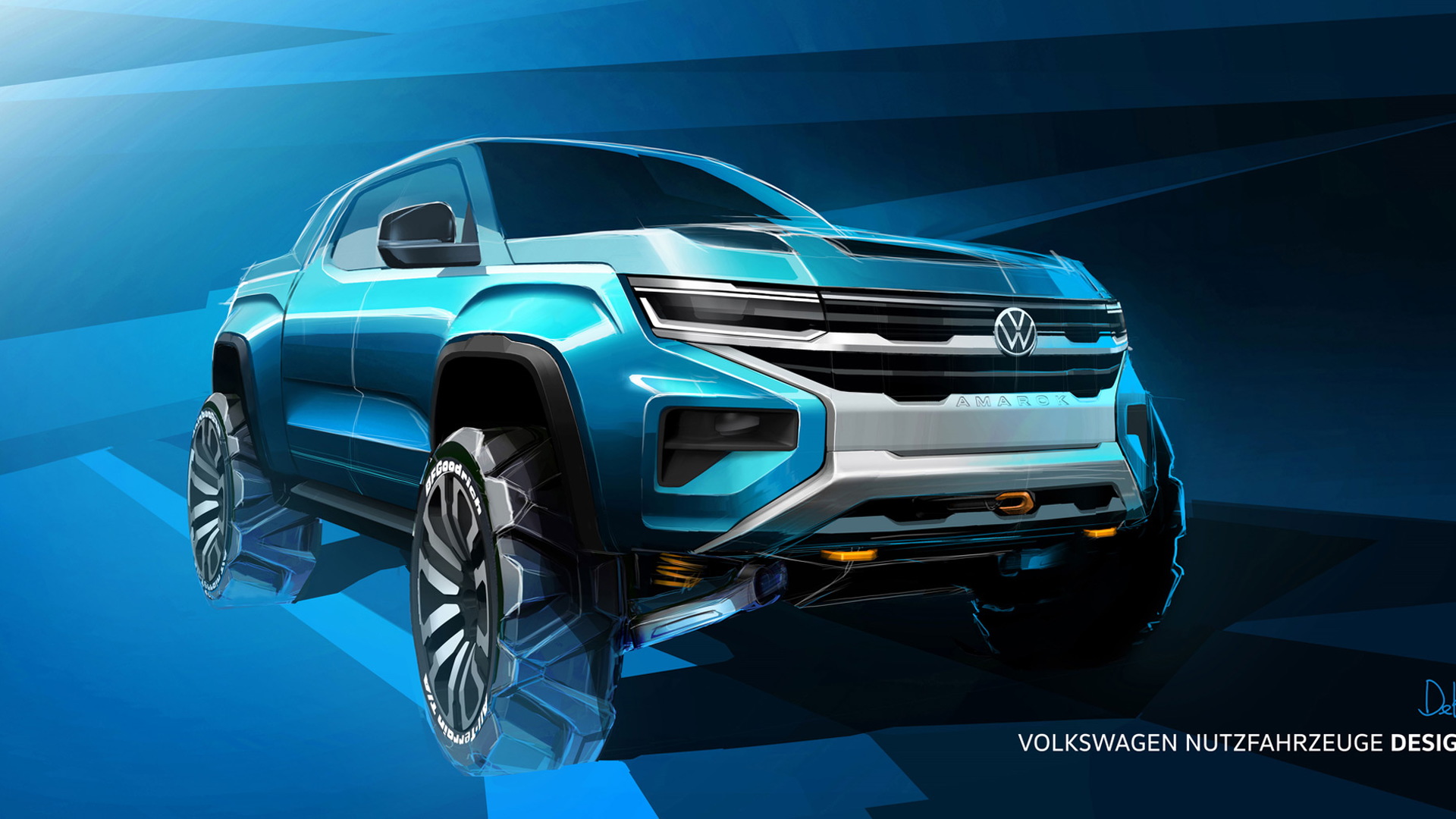 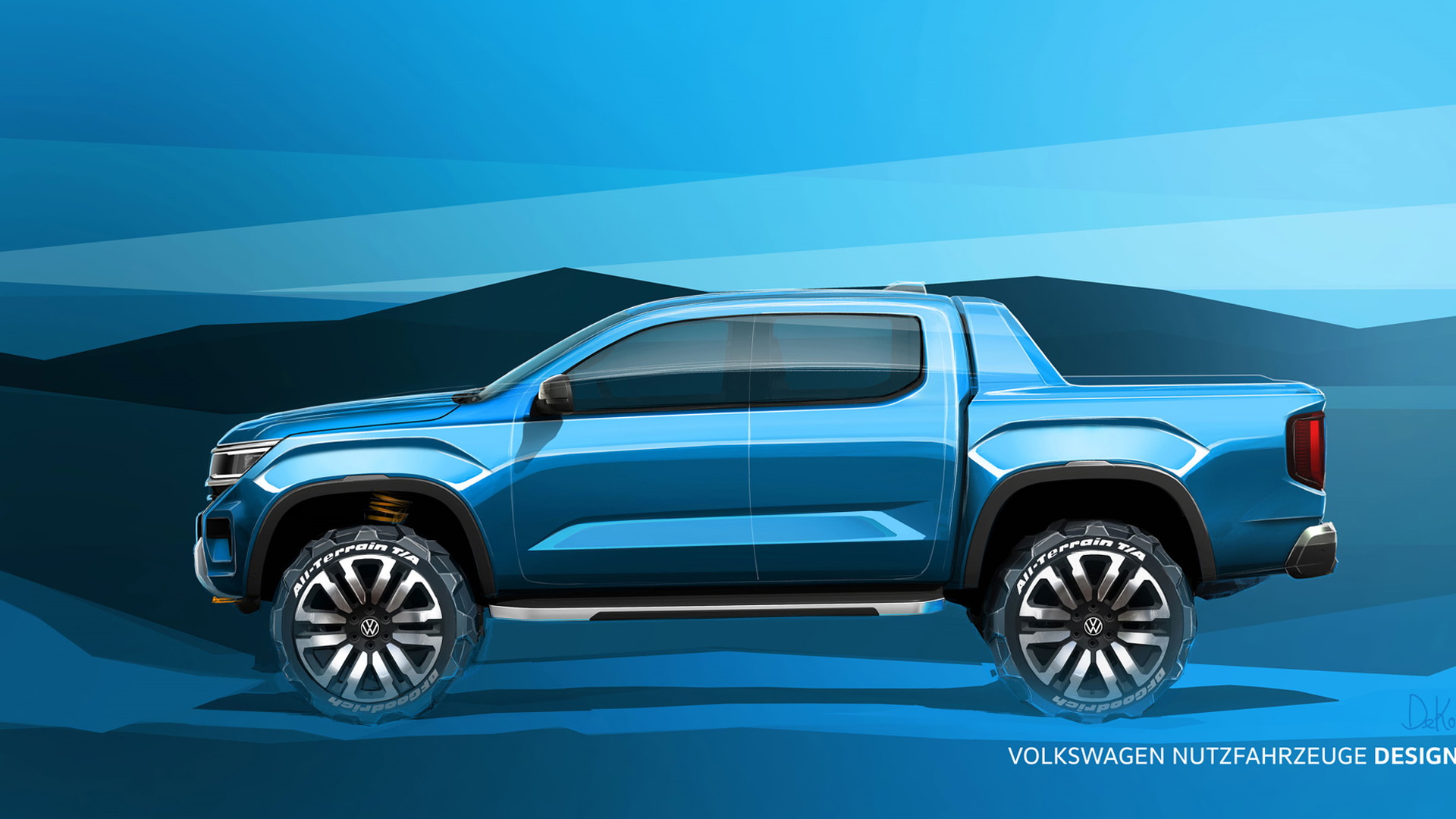 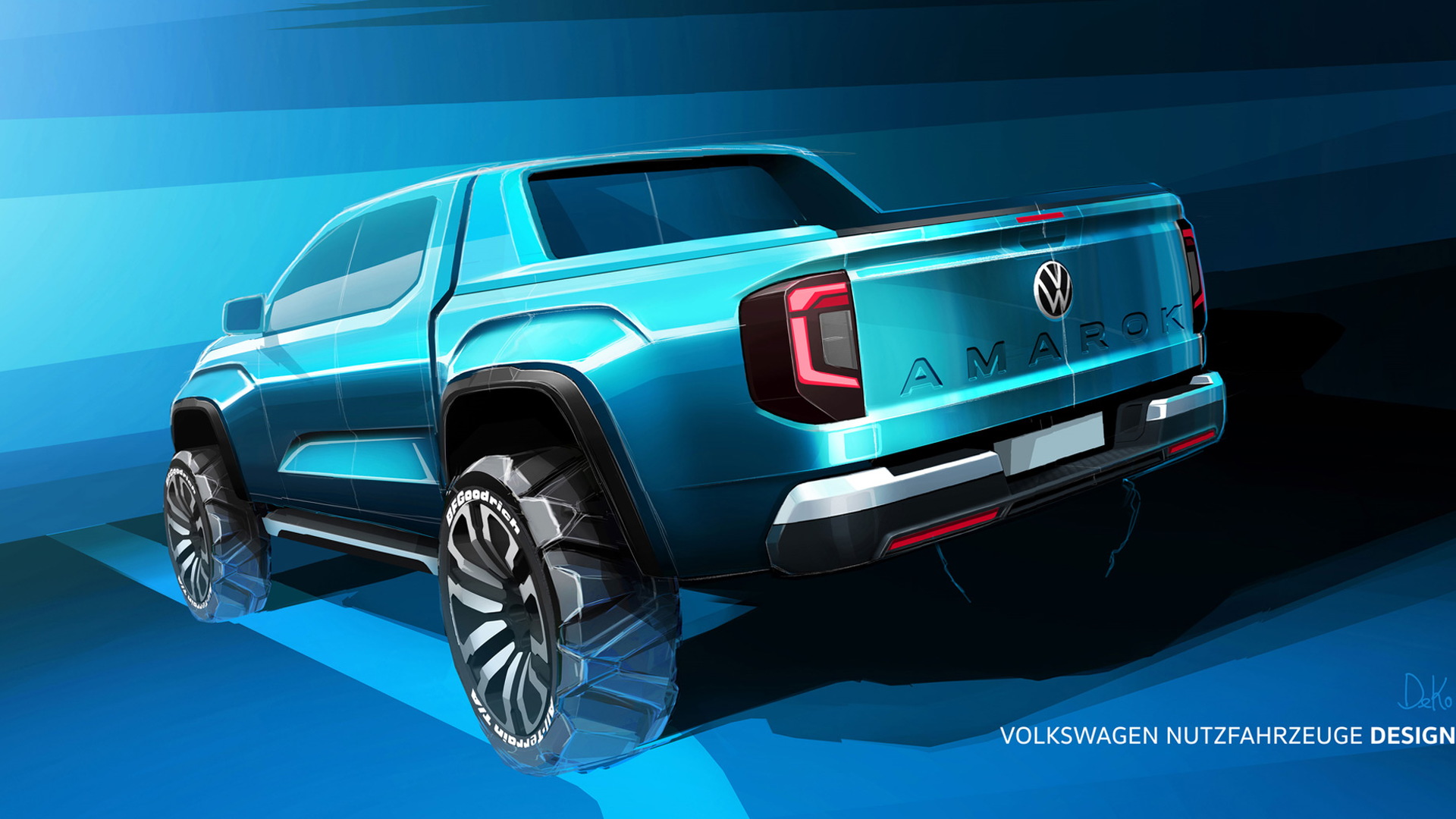 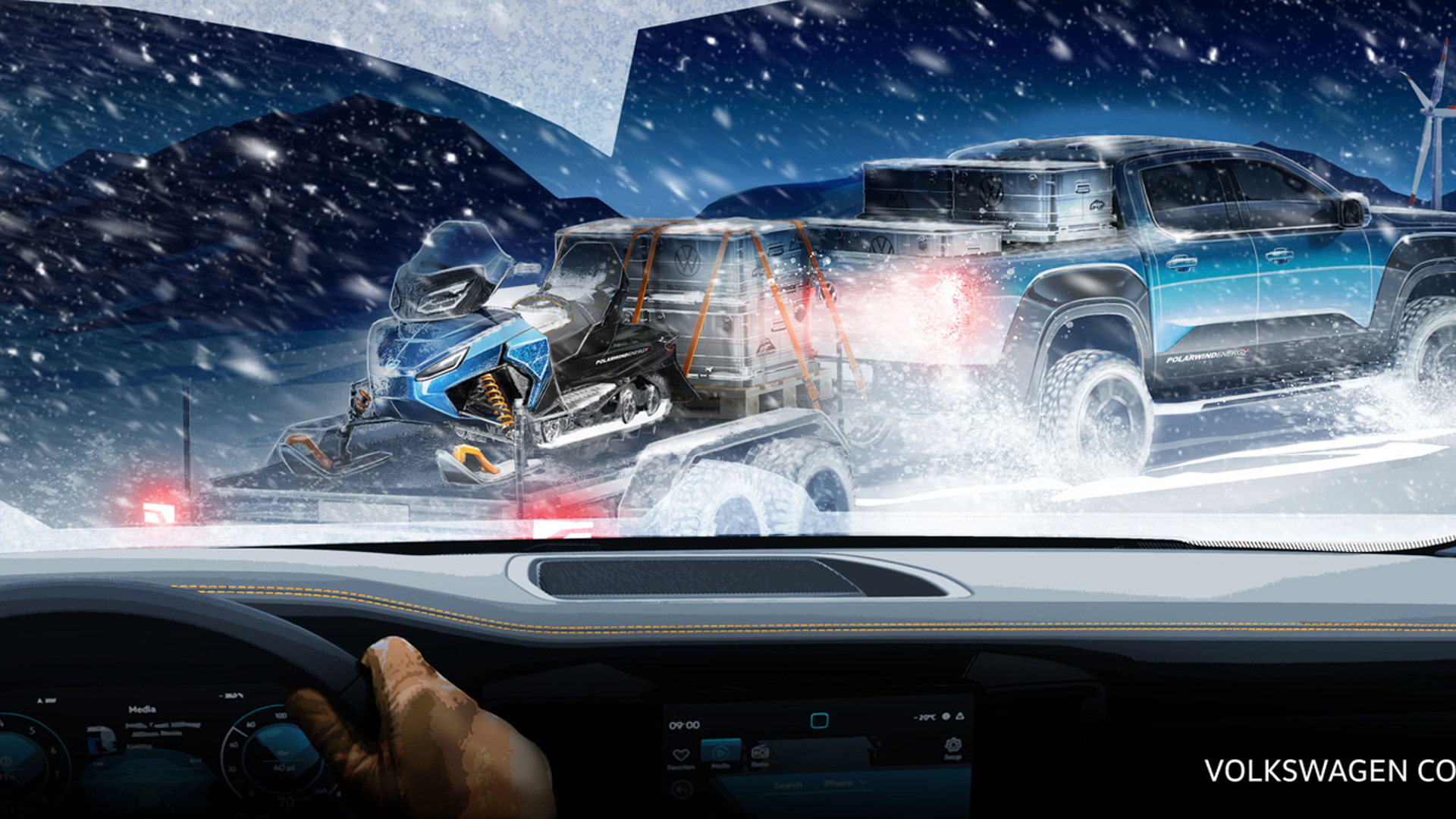 Ford last fall revealed the global version of its redesigned Ranger, which is due to start sales in the U.S. sometime in 2023.

The new Ranger and its updated T6 body-on-frame platform will also be the basis for a redesigned Volkswagen Amarok set for debut in 2022.

We've already spotted prototypes for the Amarok and VW has now provided new and revealing teasers, suggesting that the debut is approaching.

The teasers also suggest that the new Amarok won't be a simple badge job of the Ranger, as it appears the pair of mid-size pickup trucks will only feature common designs for the doors. Unique to both models will be the fender designs and headlight and grille treatments, as evidenced by the teasers. VW said the new Amarok will be wider than its predecessor, and almost four inches longer, measuring a total 210 inches in length.

The interiors will also be unique to both models, though it looks like the new Amarok will have a portrait-style infotainment screen just like the new Ranger.

In terms of powertrains, VW has so far only confirmed its own V-6 diesel, though we should see some gasoline units on offer, possibly borrowed from the Ranger. Ford has also just revealed a new Ranger Raptor with a 3.0-liter twin-turbocharged V-6, which we'll see in the U.S. in 2023. With any luck, VW will ready its own Amarok R performance pickup. Confirmed specs for the standard Amarok include a payload of up to 2,645 pounds and a tow capacity of up to 7,716 pounds.

Ford will build the Amarok for VW at a plant in South Africa, with the pickup so far only confirmed for the South American, European and African markets. In return for developing and manufacturing the Amarok, Ford last year launched overseas a small Tourneo van based on VW's latest Caddy. VW Group has also licensed to Ford the MEB modular electric-vehicle platform. Ford will use the platform for one or more EVs, the first of which, a compact crossover, is due in 2023.

While we're unlikely to see VW launch the Amarok in the U.S., the automaker will offer an electric pickup on these shores later this decade. The pickup and a related SUV will be sold under a revived Scout name.