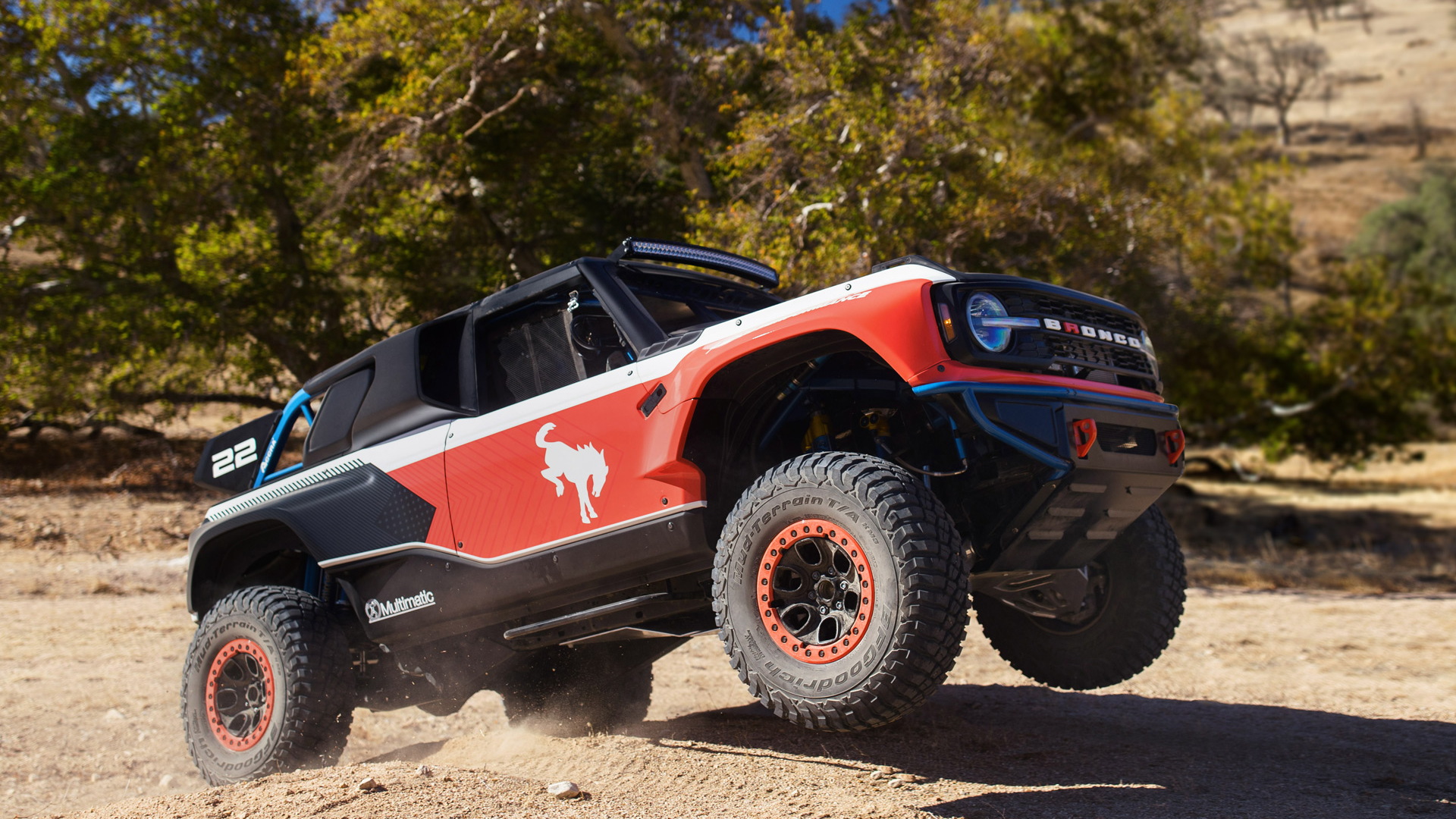 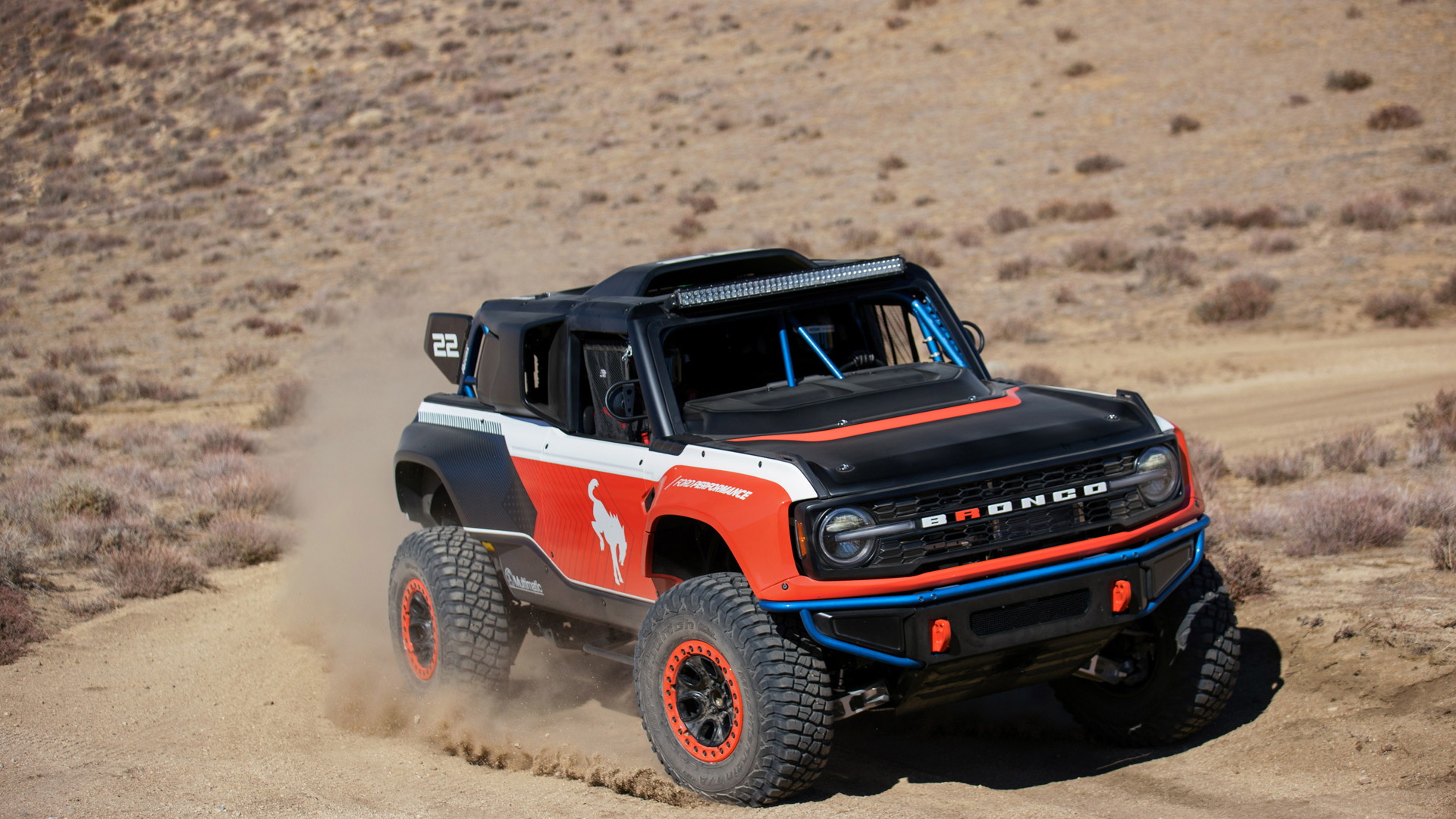 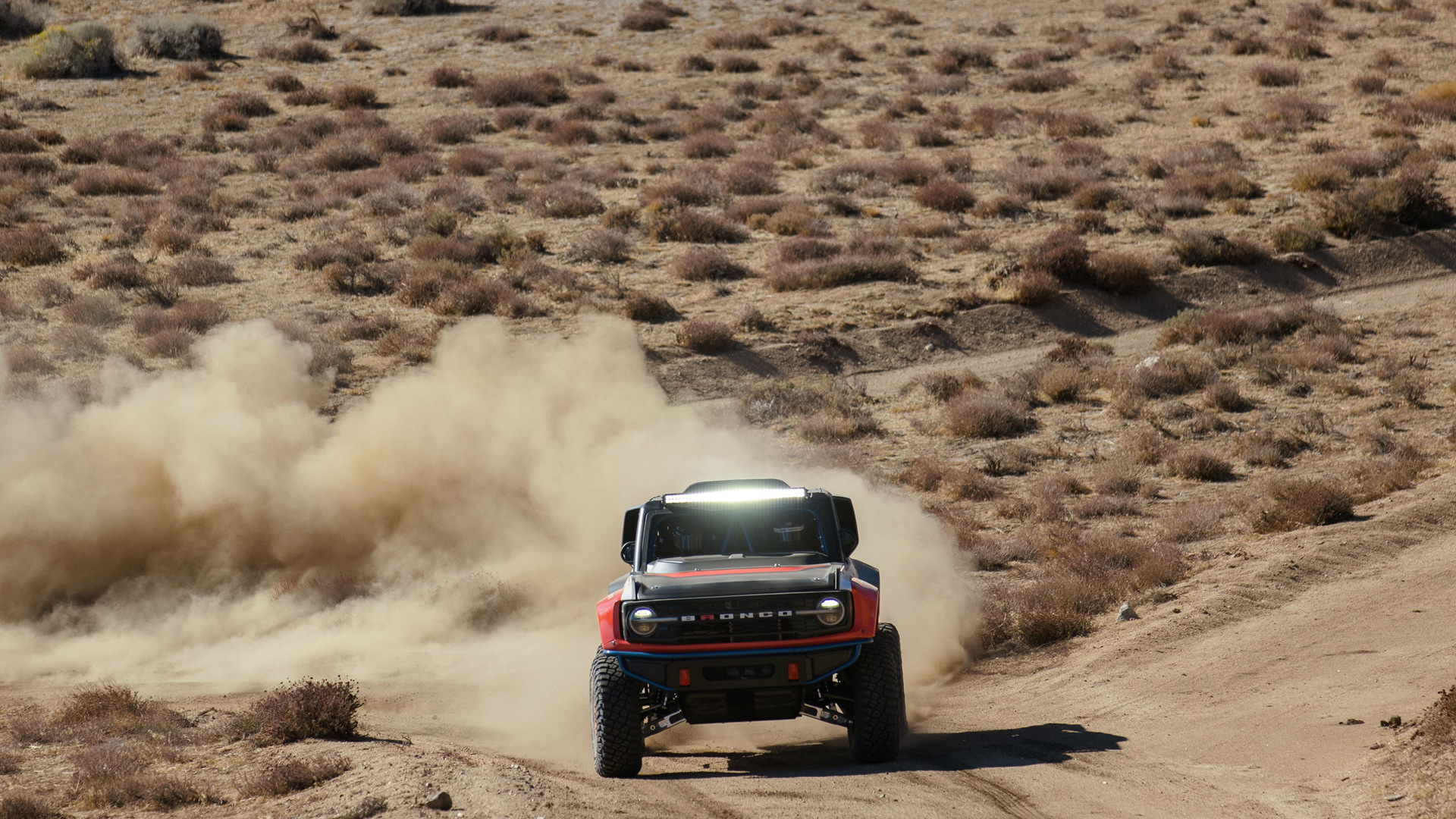 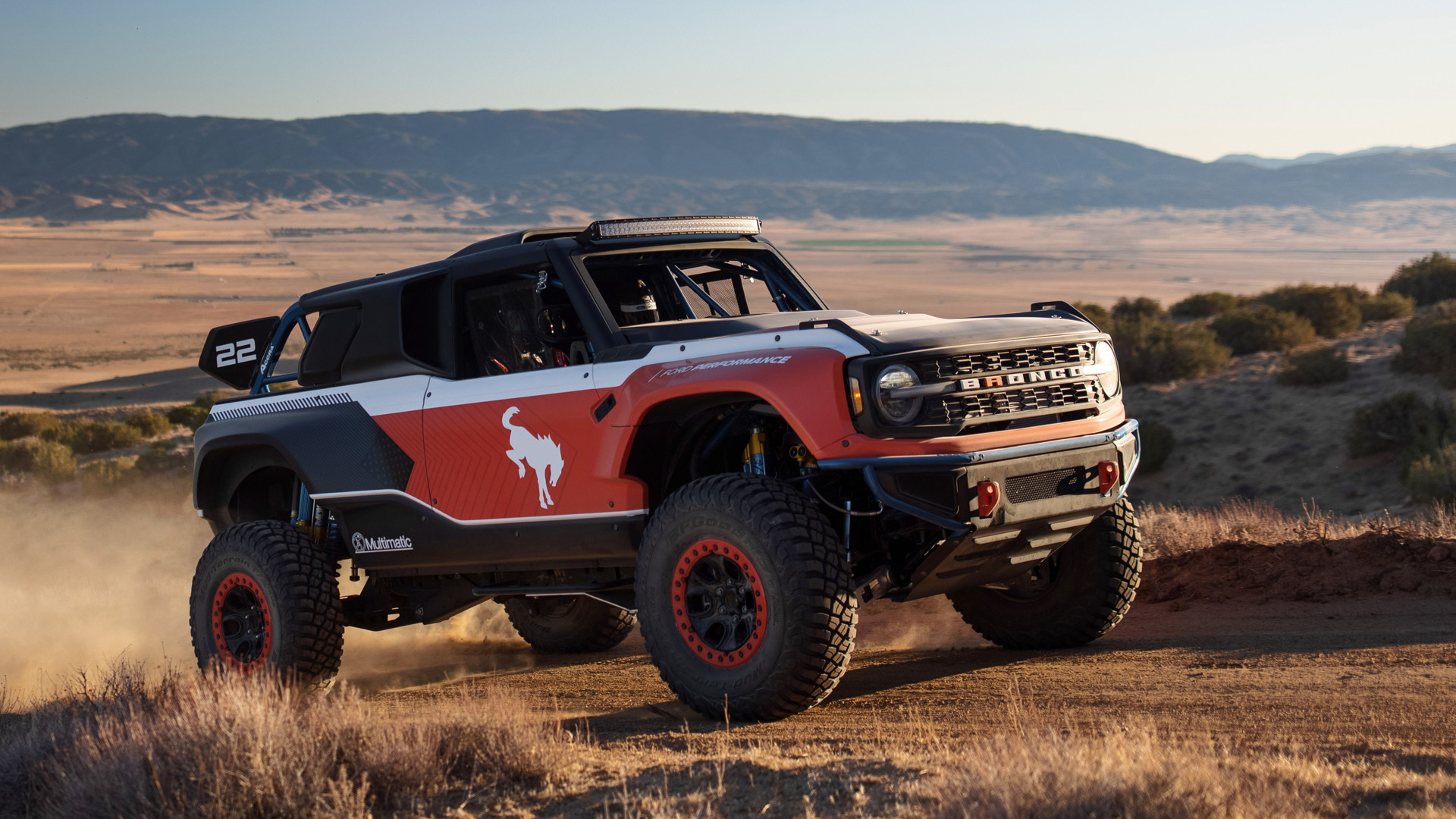 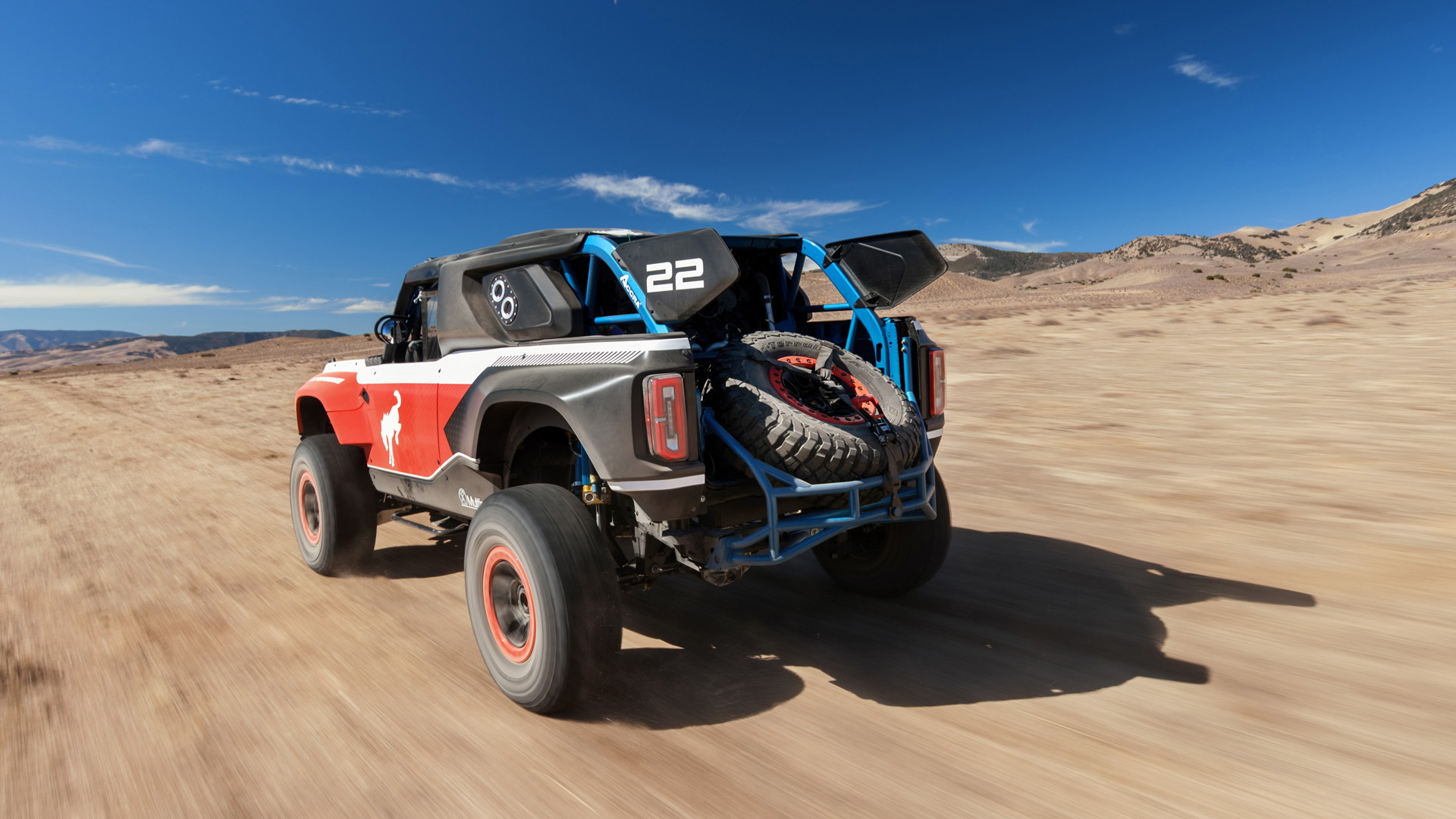 Ford has finally delivered on a factory-built modern Bronco with V-8 power, only it isn't street-legal and you'll need to front up a mid-$200,000 figure to own one.

It's known as the Bronco Desert Racer, or Bronco DR for short, and Ford is developing it as a turnkey racer to take on the Baja 1000. In fact, a prototype version will start competing in 2022, with Ford aiming to enter it into the Baja 1000 that year.

The Bronco DR will then be available for sale in late 2022, as a 2023 model. Ford said only the “first” 50 examples will be available for sale at that date, suggesting that more examples could be offered down the line. According to Mark Rushbrook, global director for Ford Performance Motorsports, this will be the first time that Ford has offered a competition-ready desert racer straight from the factory.

The Bronco DR is a spiritual successor to original Broncos that competed and won in the Baja 1000 in the 1960s and '70s. It's based on a Bronco four-door fame but features numerous upgrades for desert racing, including a 5.0-liter V-8 that's targeted to deliver over 400 hp. The engine is mated to a 10-speed automatic and sends drive to the wheels via independent electronically locking front and rear differentials with 4.70:1 final drive ratios. You might be wondering now if Ford is preparing to offer a V-8 in road-going Broncos. We did, too, and contacted the automaker. Spokesman Mike Levine said the decision to go with the V-8 in the Bronco DR was due to Baja's Heavy Metal class, designed for vehicles with V-8s. He said the 5.0-liter V-8 was the best choice, in terms of the power and torque needed to compete.

Beyond the V-8, Ford added a unique body (to cover a 73.7-inch front track and 73.3-inch rear track), roll cage, and serious chassis upgrades. Key among the upgrades is a new set of Positional Selective DSSV Dampers from Multimatic. Position-sensing dampers are favored by off-road racers, as they're able to enhance the ride and handling over a much wider array of surface types. The dampers on the Bronco DR feature 80-millimeter bodies with finned fluid cooling channels, and connect to custom billet aluminum lower control arms.

According to Ford, the Bronco DR should deliver 55.1% more front suspension travel, at 15.8 inches, and 58.6% more at the rear, at 17.4 inches, compared to a stock four-door Bronco Badlands. Other specs include a race weight of about 6,200 pounds, and approach, departure and breakover angles of 47, 37 and 33 degrees, respectively. The vehicle is also fitted with 17-inch beadlock wheels wrapped in 37-inch BFGoodrich Mud-Terrain T/A KM3 tires. These house stock brakes, although the pads are upgraded.

The interior is a cabin built for two, with a full roll cage, also developed by Multimatic, providing protection. In front of the driver is a Motec C187 display and CAN data acquisition system, and buyers will be able to add cloud-based data access. At the rear of the vehicle is a cargo area to carry a spare, and underneath this sits a 65-gallon fuel tank.

Final specifications will be announced closer to the market launch.

Bronco fans looking for a high-performance model they can drive on the street can look forward to a Bronco Raptor coming up shortly. The vehicle, which will likely run twin-turbocharged V-6 power, has been spied as a prototype and is confirmed for launch in 2022.