Round 10 of the 2021 Formula One World Championship is the British Grand Prix, which once again is being held at the famous Silverstone Circuit.

Silverstone is a circuit enshrined in the history of F1 as the location of the sport's first race, back on May 13, 1950. And it’s here that this weekend a new sprint race format for qualifying will be trialed for the first time, in an attempt to boost viewer numbers outside of race day.

Under the new format, there will be a traditional time-based qualifying session held after a single practice session on Friday to determine the starting grid for a 62-mile sprint race to be held on Saturday. The results of the sprint race will then determine the starting grid for Sunday's full-length race. There will also be championship points up for grabs in the sprint race: three for first place, two for second and one for third.

There is another new element being introduced this weekend. Pirelli is bringing a new tire tested in free practice at the last round in Austria. The compounds are the same as before but the structure of the rear tires is more rigid. Pirelli has nominated its C1, C2 and C3 compounds. 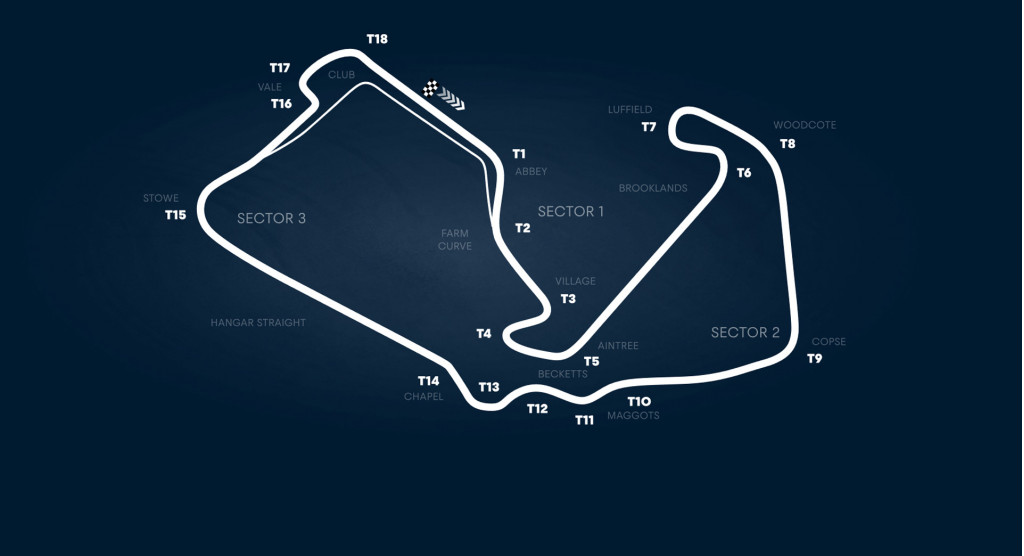 Silverstone Circuit, home of the Formula One British Grand Prix

Silverstone is a circuit teams and drivers know well, even though it's seen a number of revisions over the years. The most recent was in 2010 when the old perimeter layout was altered to create a new infield section. The current 3.66-mile layout consists of sweeping, high-speed corners and fast straights, making it one of the quickest laps on the calendar and a popular place for drivers.

The power units run at full throttle for 70% of the lap and there are two DRS zones: one on the straight between turns 5 and 6 and the other on the Hangar Straght, which comes immediately after the famous changes of direction made up of the Maggots, Becketts and Chapel corners. Looking at the weather forecast, we should be in for fine conditions throughout the weekend.

Going into Saturday's new sprint race and Sunday's traditional race, Red Bull Racing's Max Verstappen leads the 2021 Drivers' Championship with 182 points. Mercedes-Benz AMG's Lewis Hamilton is second with 150 points and Red Bull's Sergio Perez is third with 104 points. In the Constructors' Championship, Red Bull leads with 286 points versus the 242 of Mercedes and 141 of McLaren. Last year's winner at the British Grand Prix was Verstappen driving for Red Bull.

In other F1 news, the sport's organizers on Thursday rolled out a concept of the redesigned 2022 car. The new design's aerodynamic prototypes are expected to lead to closer racing.