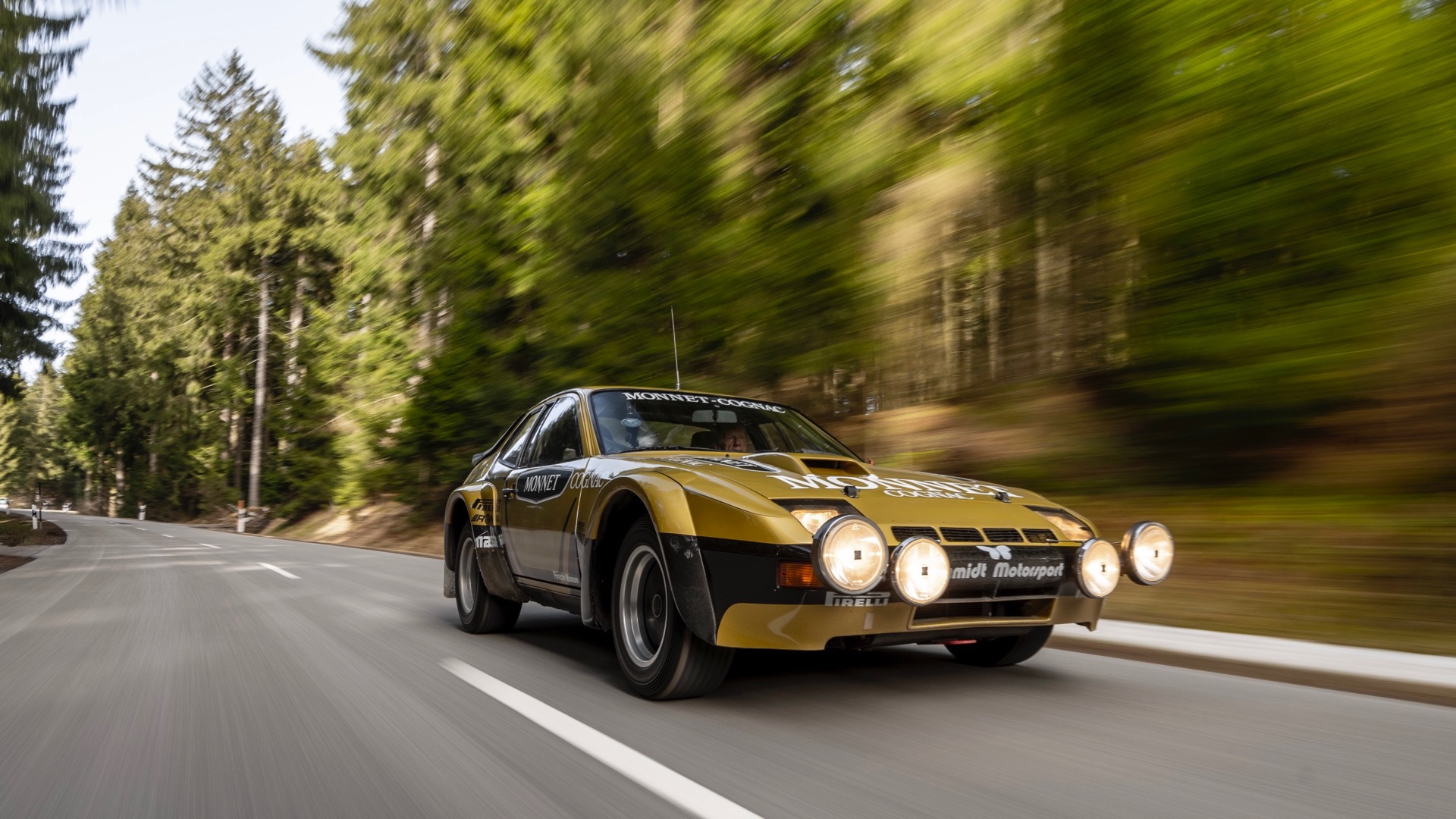 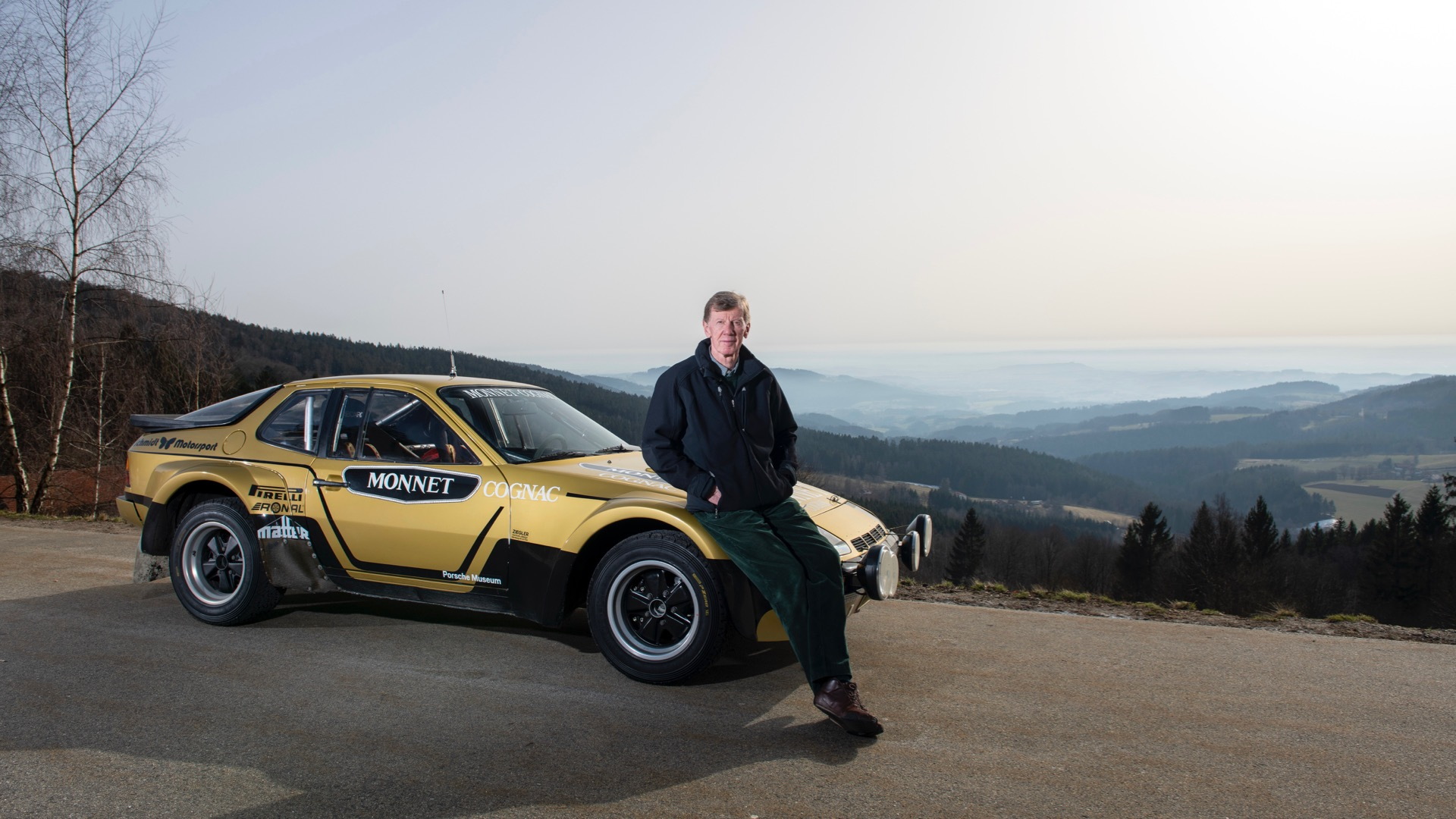 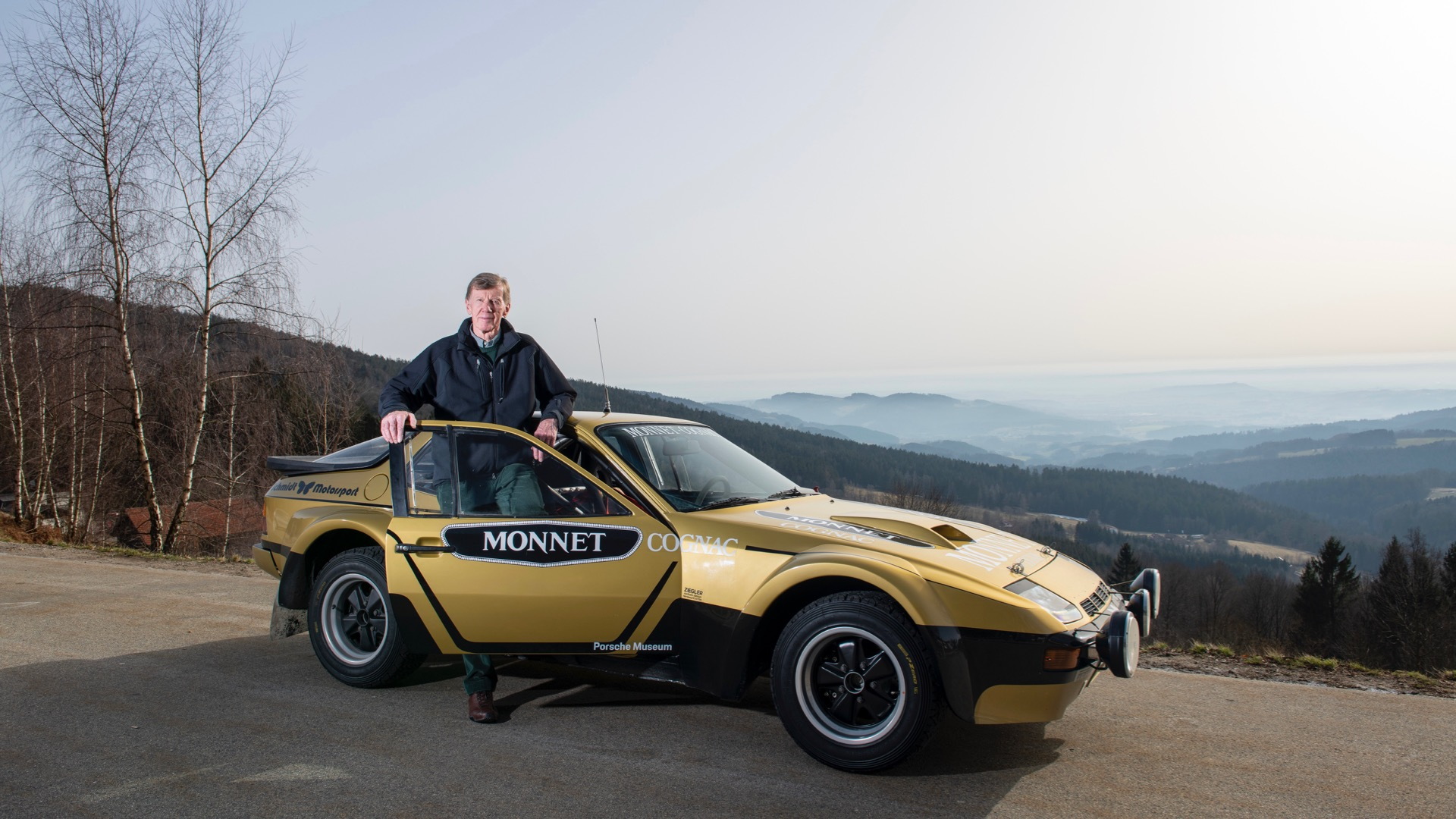 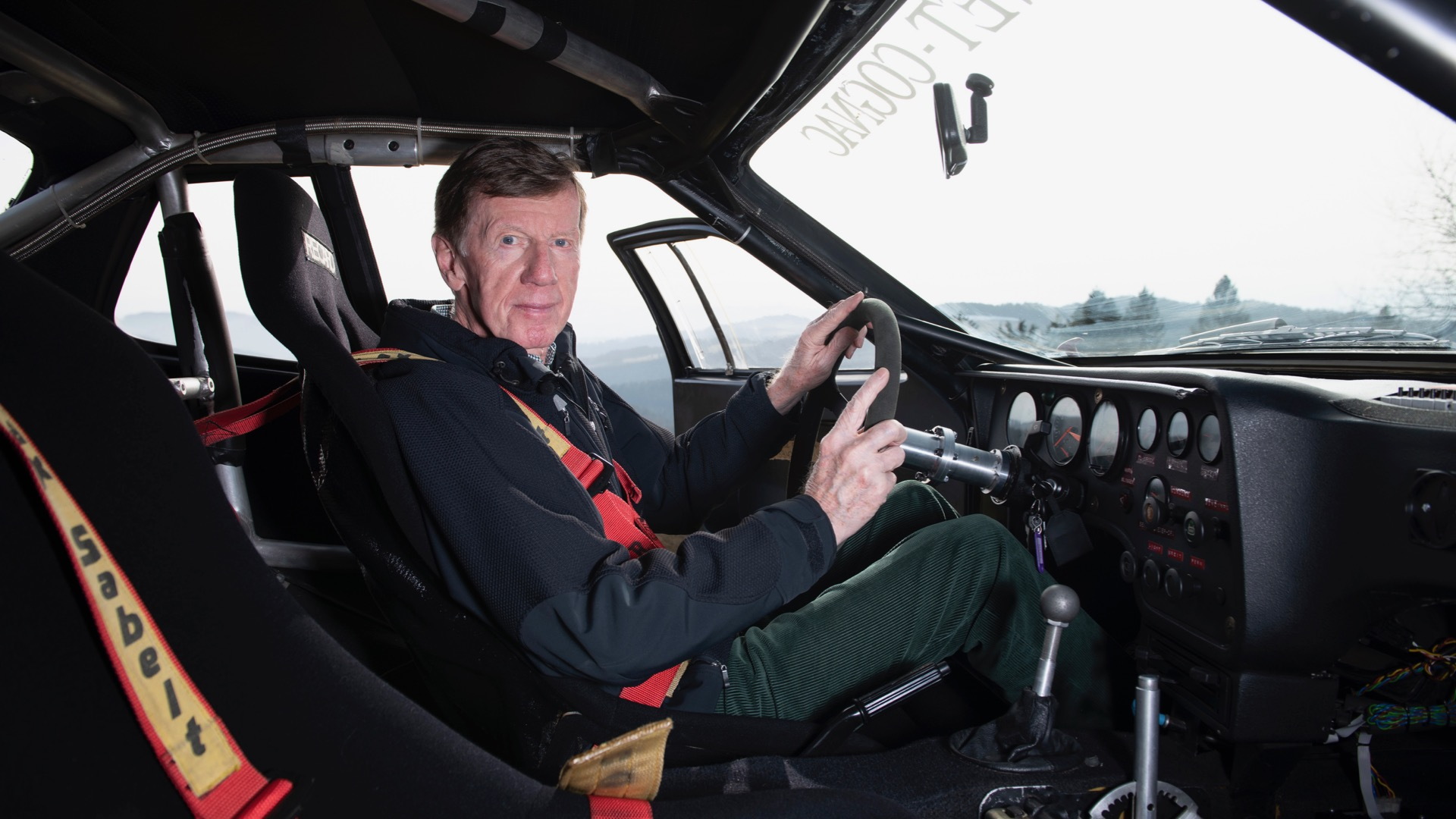 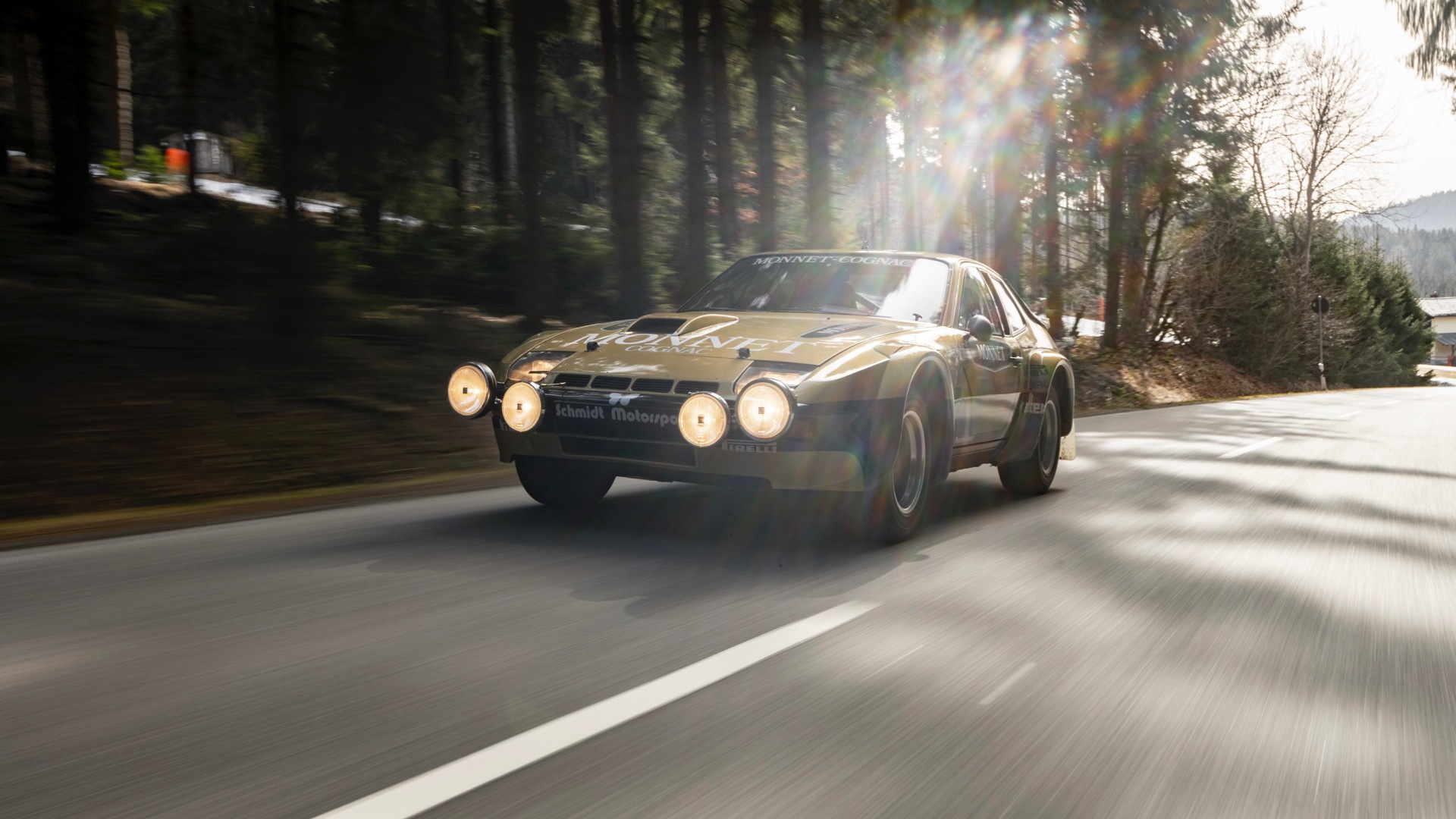 Röhrl and co-driver Christian Geistdörfer raced the 924 in the 1981 German Rally Championship, winning four of seven races. It was the only season that Röhrl competed in rallying with Porsche. He won the 1980 and 1982 World Rally Championship (WRC) Drivers' titles rallying a Fiat and Opel, respectively, and helped secure the 1983 Constructors' title for Lancia. He also set a Pikes Peak International Hill Climb record with Audi in 1987.

While the 924 has a reputation as the bargain Porsche, the Carrera GTS version that formed the basis of the rally car was actually the most expensive car in the lineup in 1981, according to Porsche. That's because it was a low-volume homologation special for motorsports. Just 50 production cars were built (all painted Guards Red), plus nine prototypes.

The car that became the 924 Carrera GTS Rally started out as one of those prototypes (the fifth one, specifically). It was fitted with massive fender flares and a prototype 2.0-liter turbocharged four-cylinder without a serial number. That engine survived the entire 1981 rally season and is still in the car today, Porsche noted.

Other rally-specific modifications included rear-axle links laminated in fiberglass to protect against damage, skid plates for the oil and transmission, rear-mounted dry-sump lubrication system, and a 928 fuel pump.

In 1982, the car was given to the Porsche Museum where, aside from occasional outings, it remained for the next 40 years. The automaker decided to get the 924 running again to celebrate the 40th anniversary of the 1981 rally season, and Röhrl's 74th birthday.

This was a recommissioning, not a restoration, Porsche noted. The goal was to get the 924 running without destroying any patina. Mechanical components were thoroughly checked (the engine and turbocharger got an endoscopy), but details like the sun-faded seat belt harnesses embroidered with Röhrl's and Gesitdörfer's initials, were left as-is. In a statement, Röhrl said the 924 was a bit of a handful in competition thanks to "enormous" turbo lag, but was still happy to be reunited with his old rally car.

"This car opened the door to Porsche for me," Röhrl, who has maintained a close relationship with the automaker throughout the years, said in a statement. "That is why I feel a particularly close bond to it. For me, it's a journey back in time. I immediately feel 40 years younger."