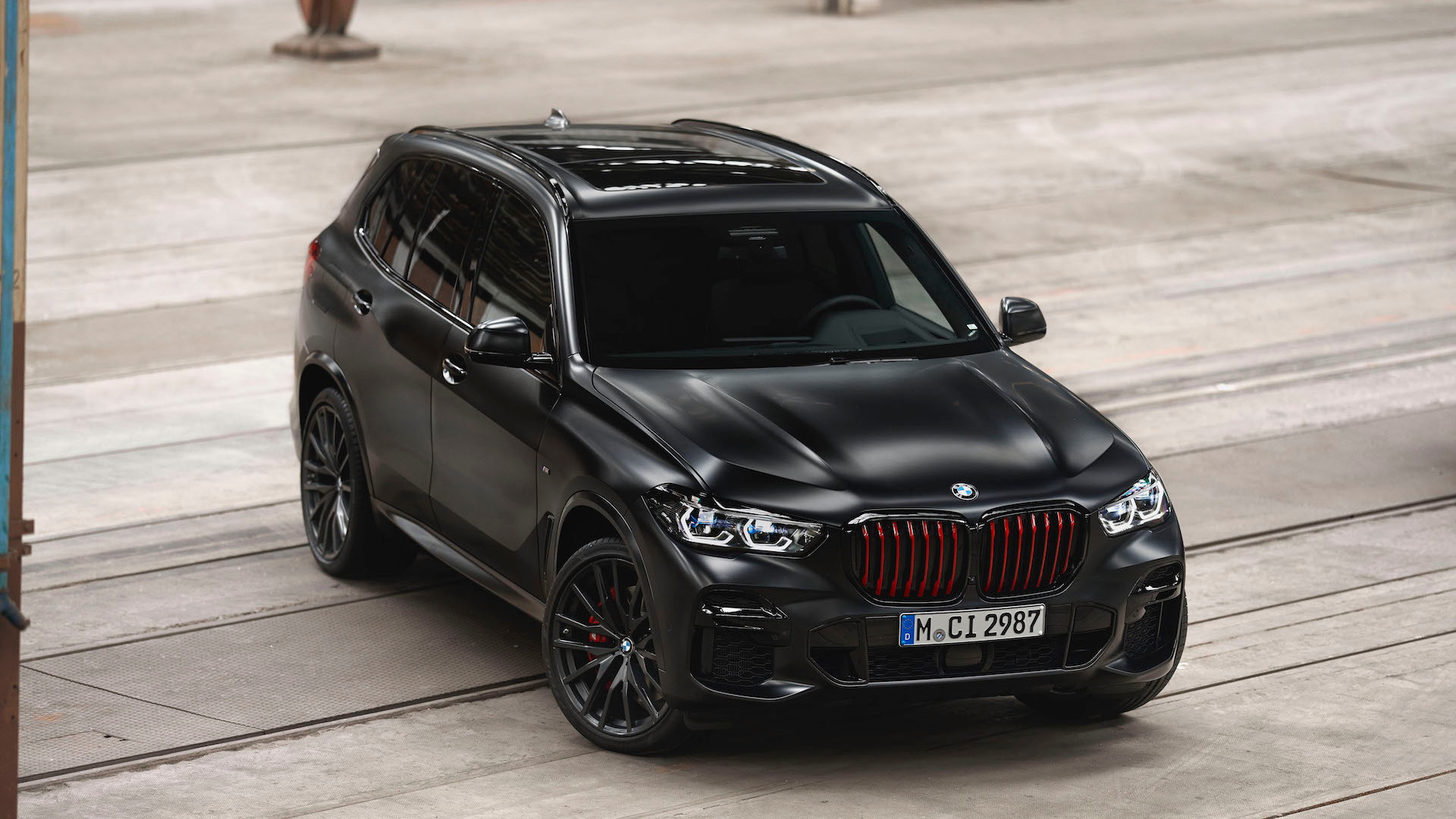 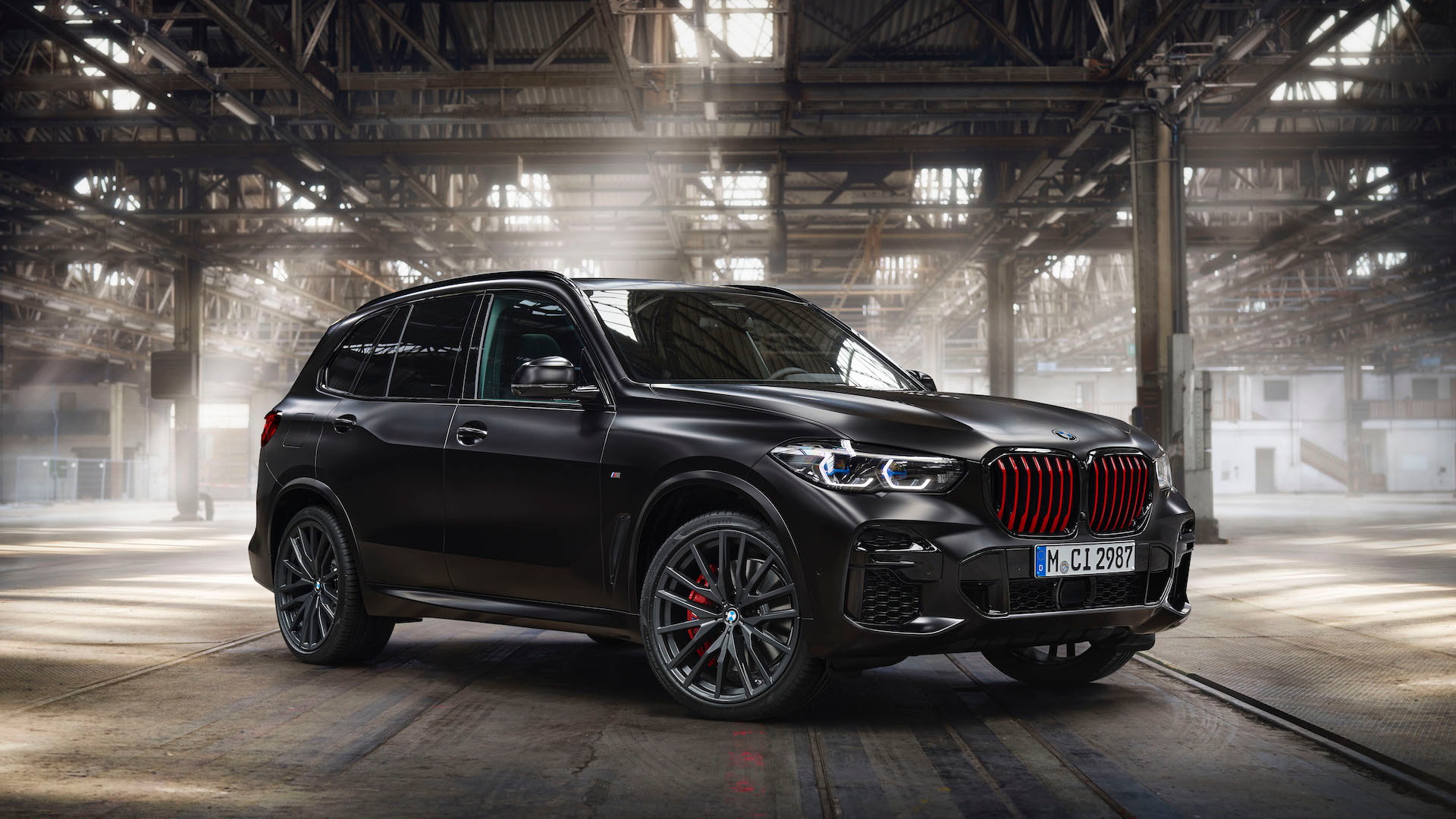 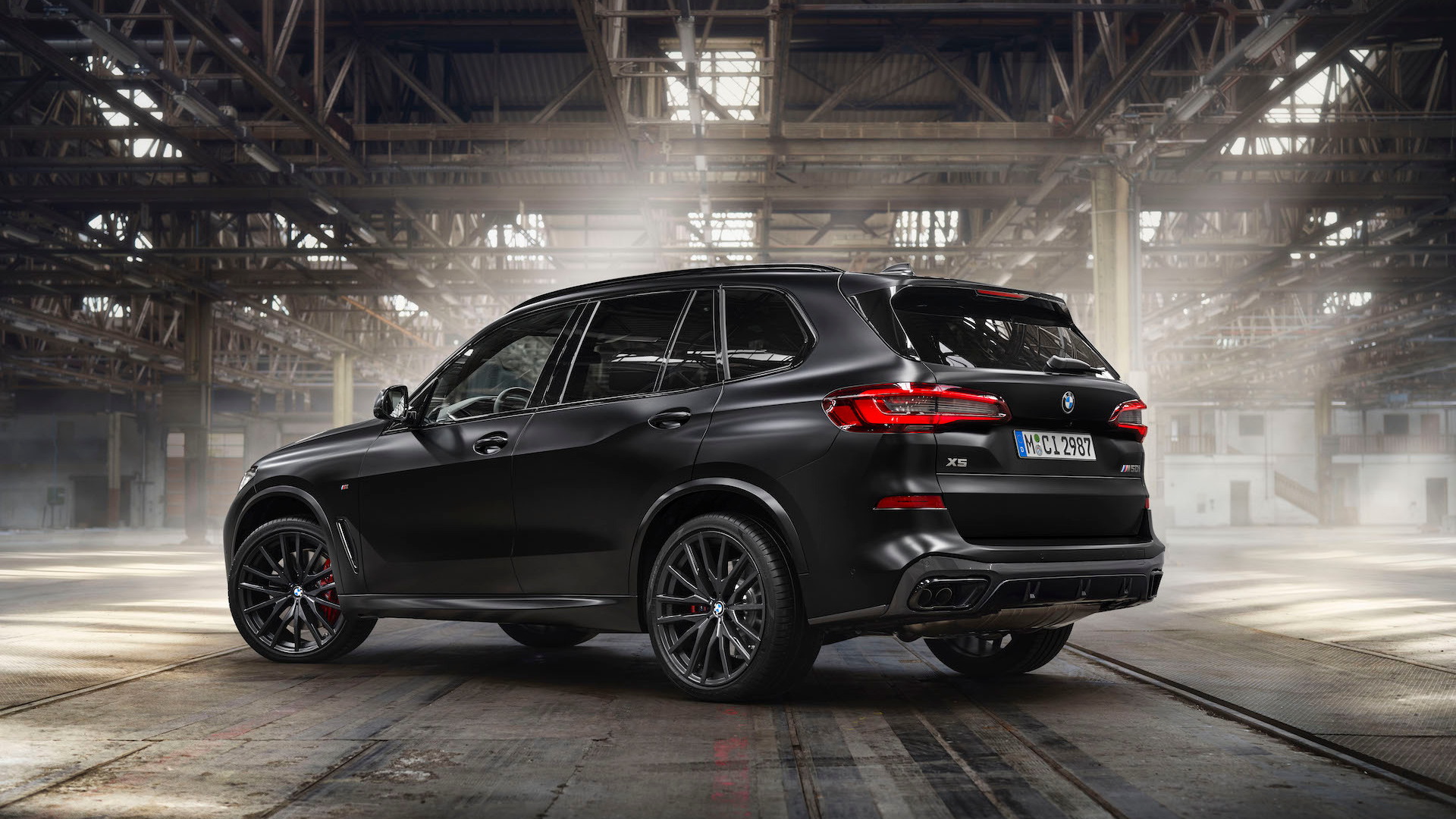 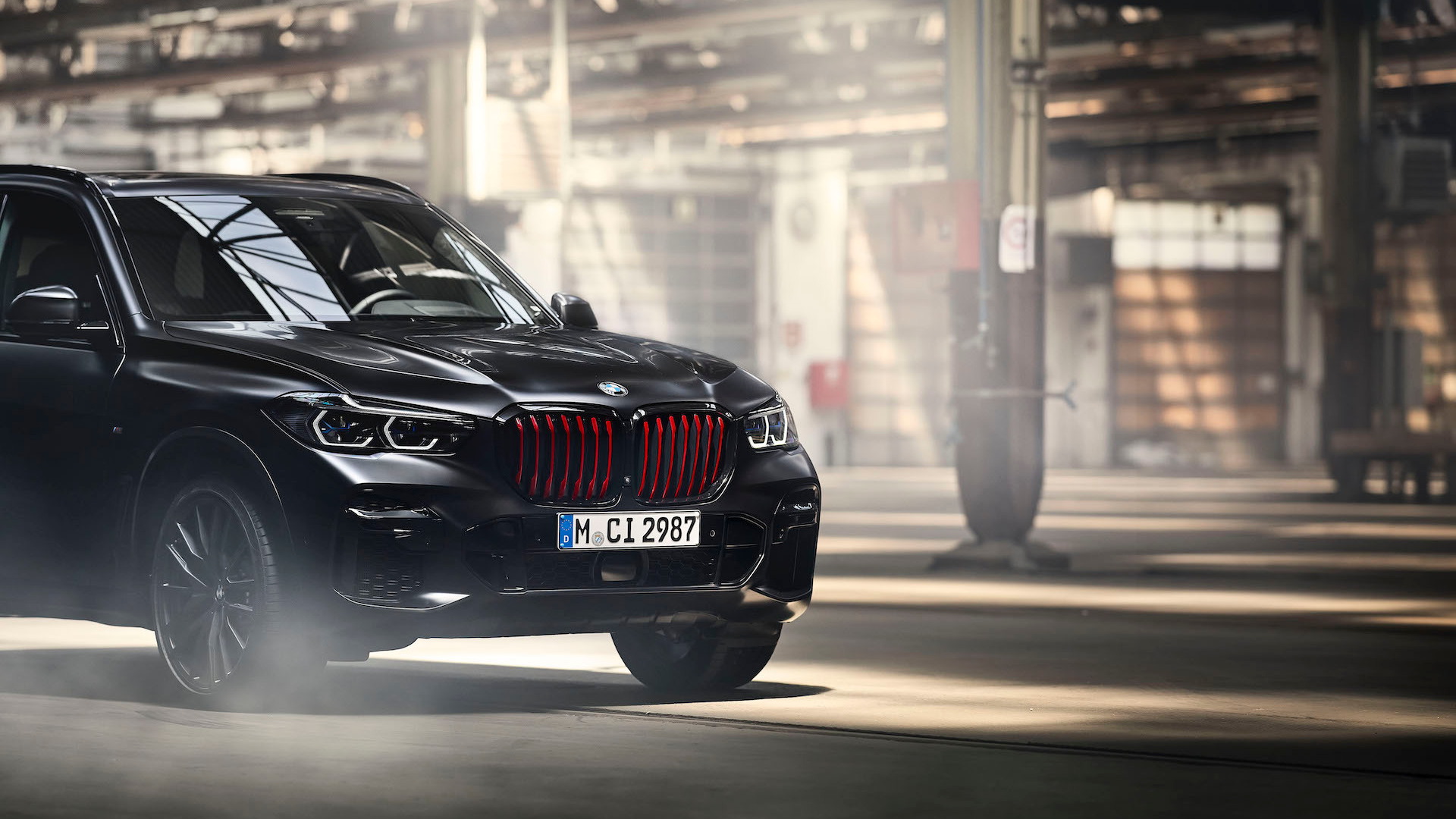 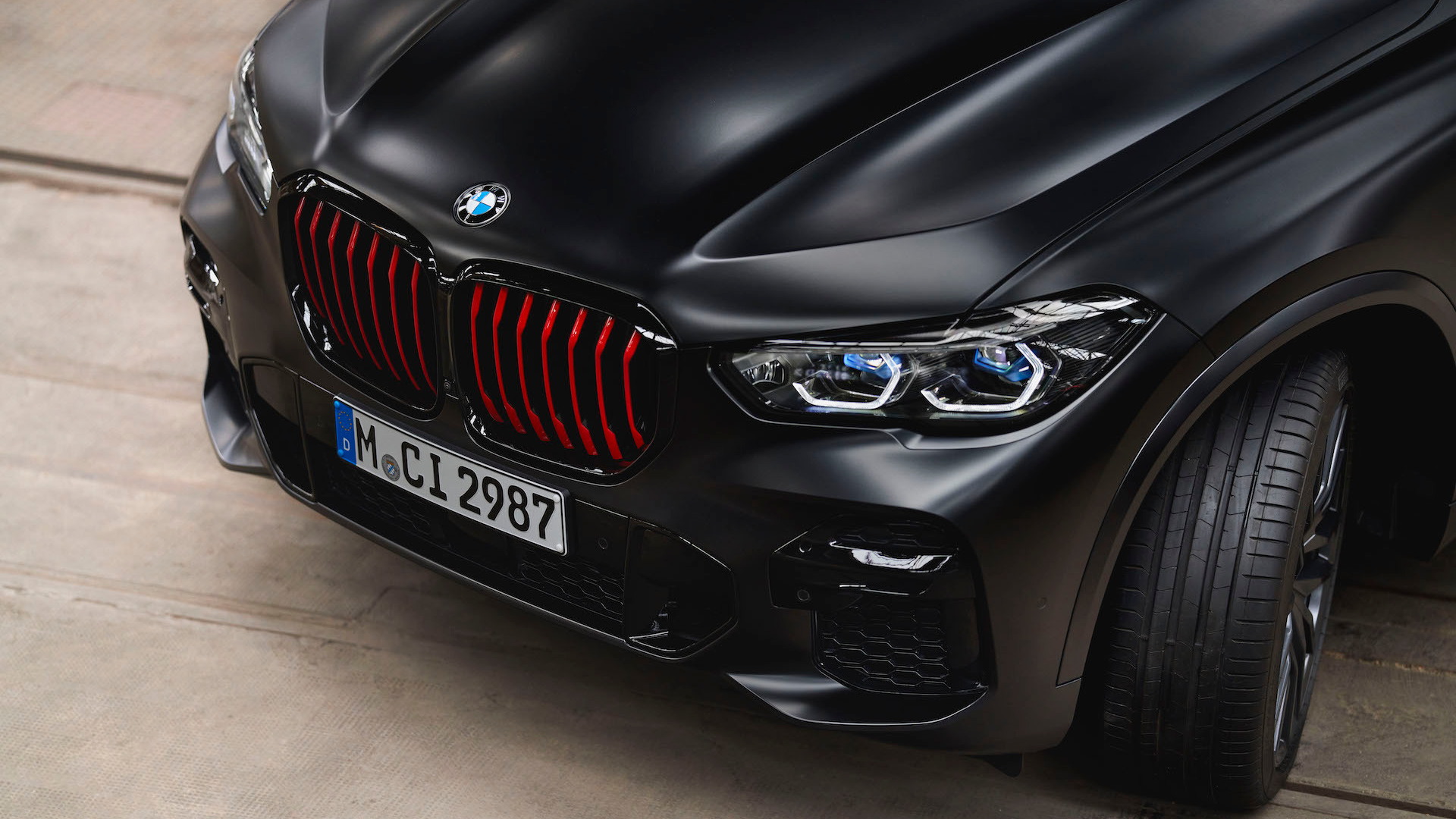 The 2022 model year will see BMW's X5 made available in a special Black Vermilion edition.

As the name suggests, the X5 Black Vermilion combines black and red hues, making it the ideal vehicle for buyers that like a bit of contrast. For pure black-on-black fans, something like last year's X7 Dark Shadow Edition is probably a better fit.

The X5 Black Vermilion is based on the 2022 X5 xDrive40i, and just 350 examples are earmarked for the United States. Pricing starts at $83,295, including destination. 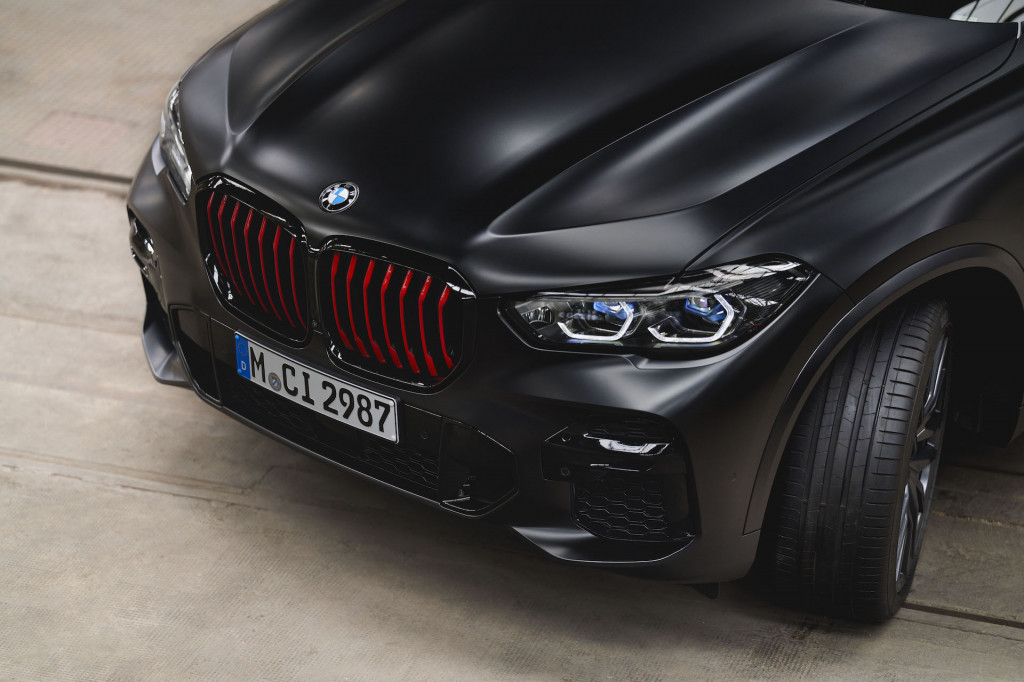 The main feature of the X5 Black Vermilion is its matte black paint finish known as BMW Individual Frozen Black Metallic. This is joined by the dark Shadowline treatment for exterior elements like the headlight bezels and grille surround. The grille itself is contrasted with a bright red finish, which you'll also find on the brake calipers. Also found on the exterior are laser headlights, plus 22-inch wheels in an exclusive Orbit Gray finish.

Inside, the seats are lined in full Merino leather in black that is contrasted with red piping and stitching. Carbon-fiber and Alcantara trim are also used in the cabin, while the controls for the gear lever and iDrive are made from glass. The final touch is the cupholder cover which features the name of the vehicle.

Additional extras thrown in include the X5's M Sport styling package, adaptive suspension, uprated brakes, and a sport exhaust. The X5's Premium package, which includes a head-up display, gesture control and remote engine start, is also included, along with a Harman Kardon sound system and the X5's Parking Assistance package. 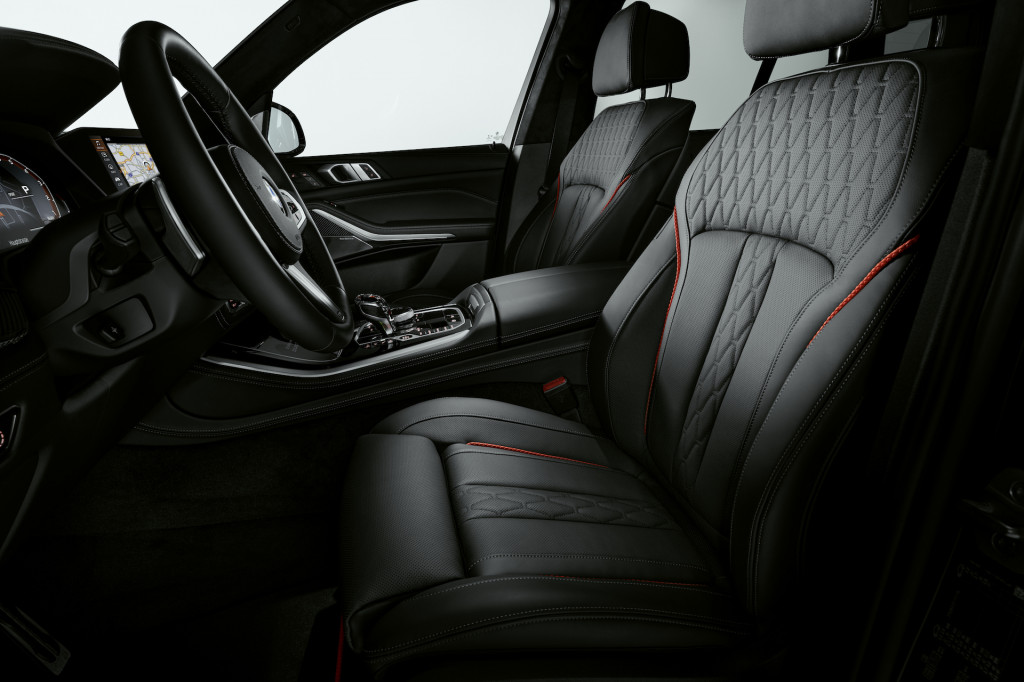 Like all X5 xDrive40i models, the X5 Black Vermilion is powered by a 3.0-liter turbocharged inline-6 rated at 335 hp and 330 lb-ft of torque. The engine is mated to an 8-speed automatic and drives all four wheels.

Deliveries of the X5 Black Vermilion should start late in the year. Production of the X5 line is handled exclusively at BMW Group's plant in Spartanburg, South Carolina.

Though it's yet to be confirmed, the 2022 model year is expected to be the last before the current X5 undergoes its mid-cycle update. An updated version sporting some minor styling tweaks has already been spotted in prototype form.