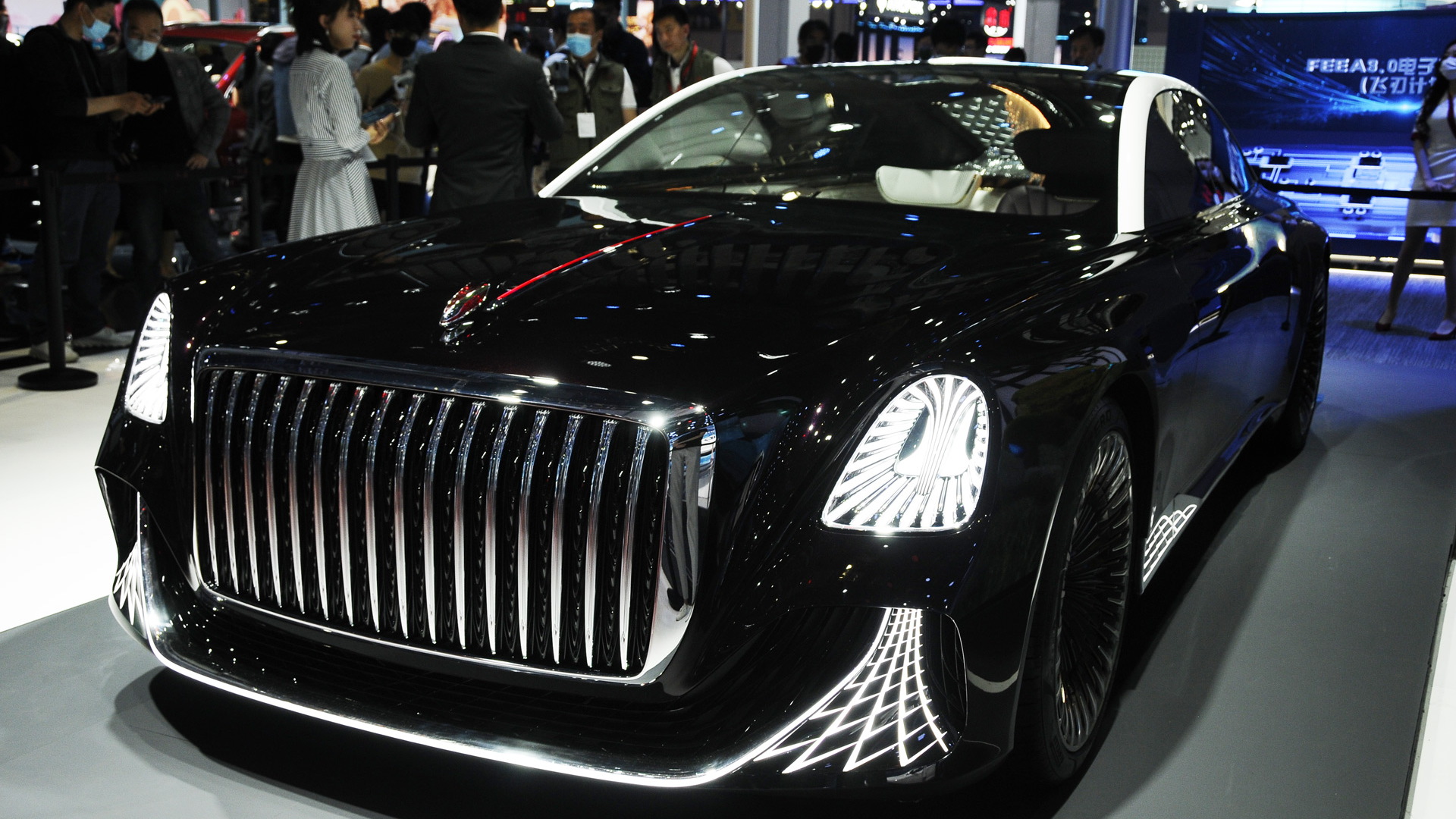 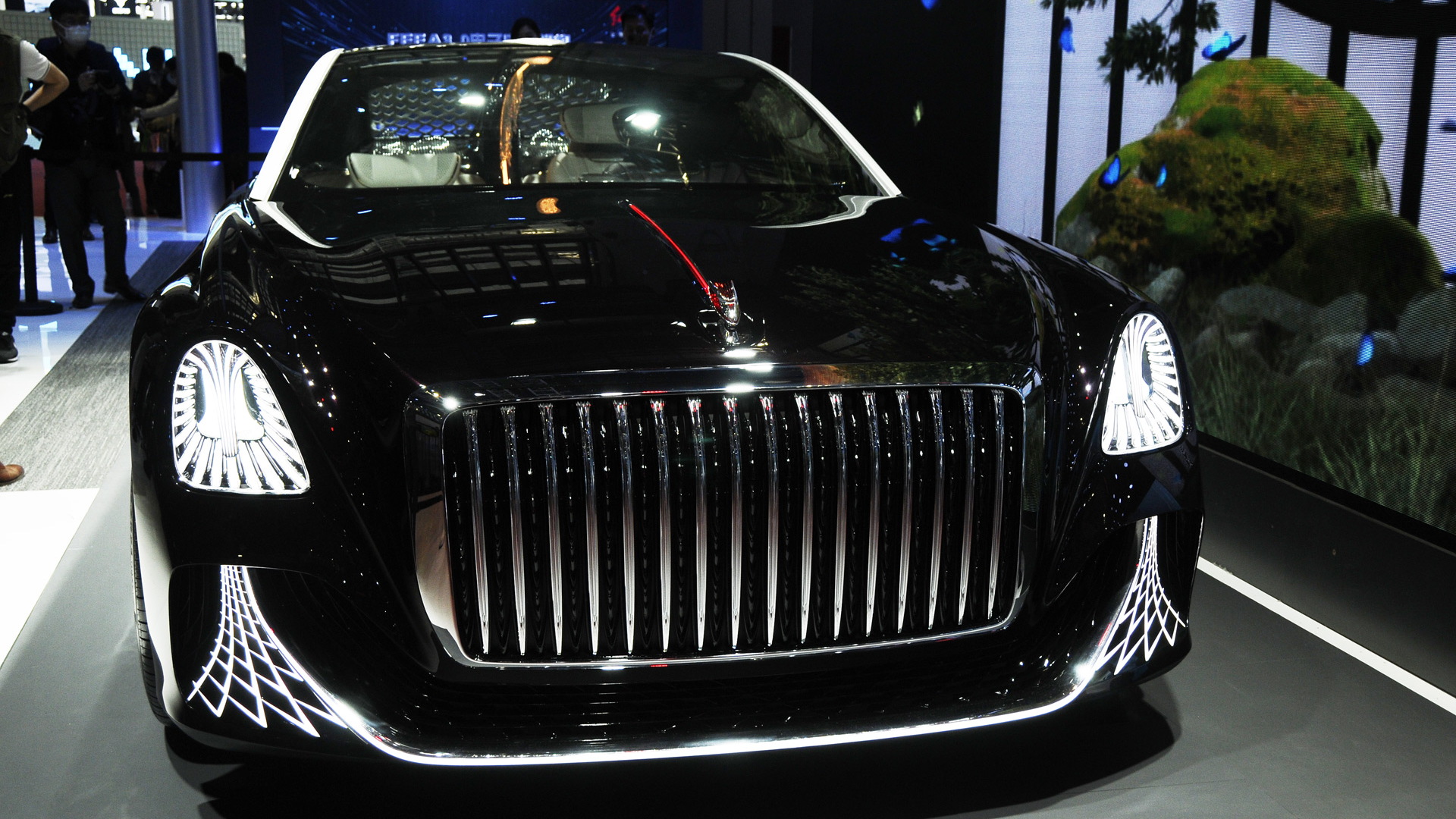 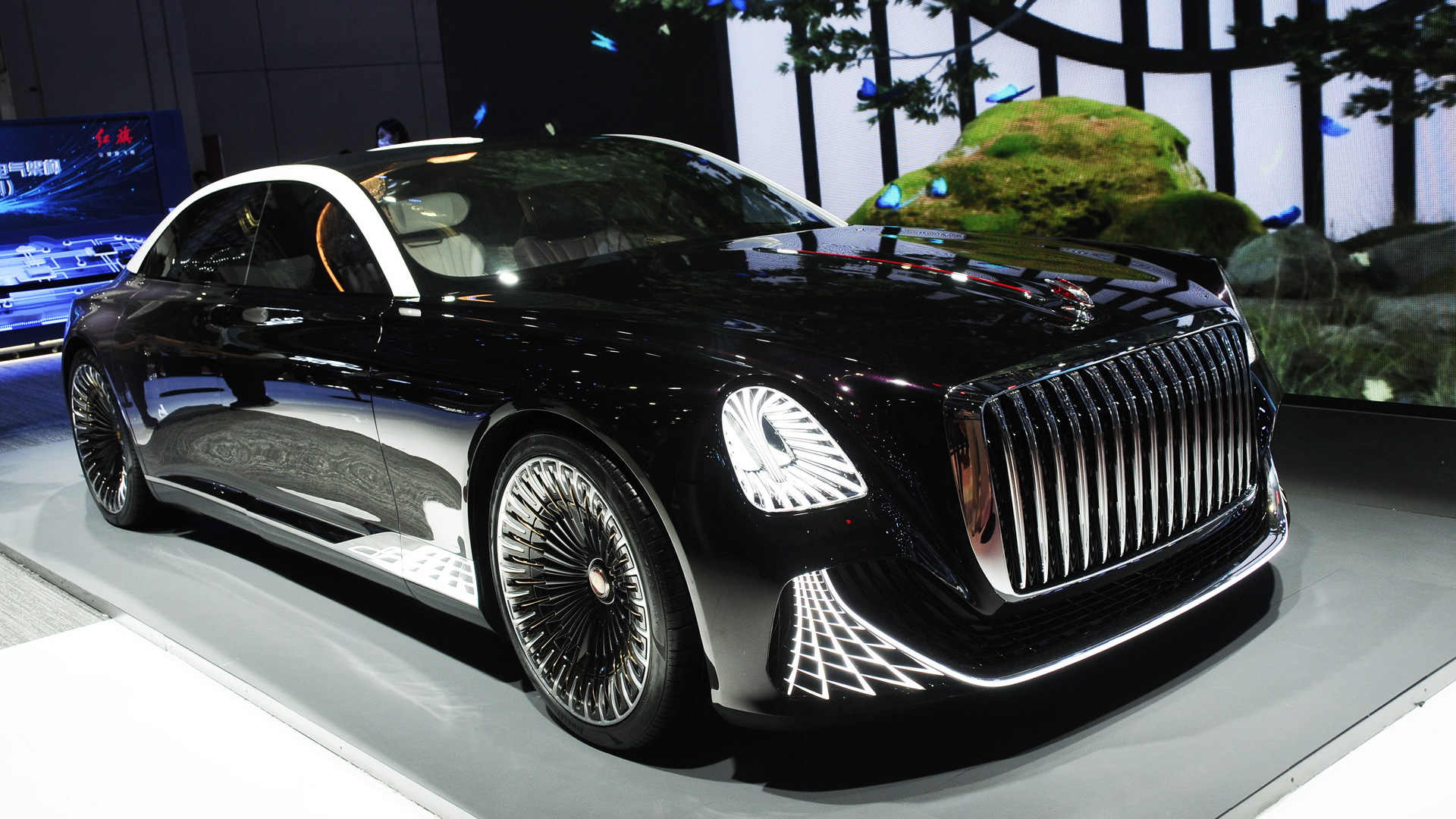 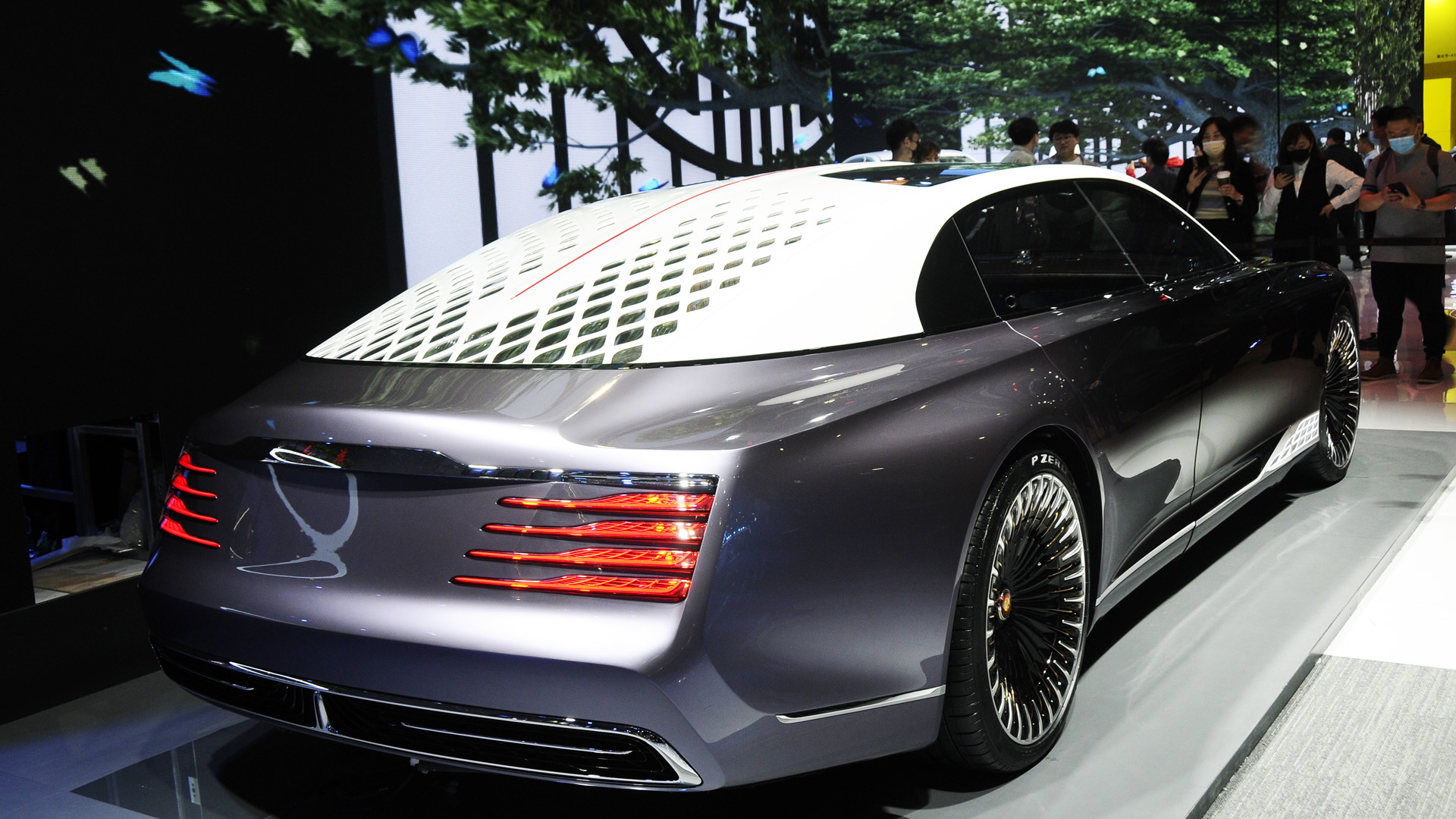 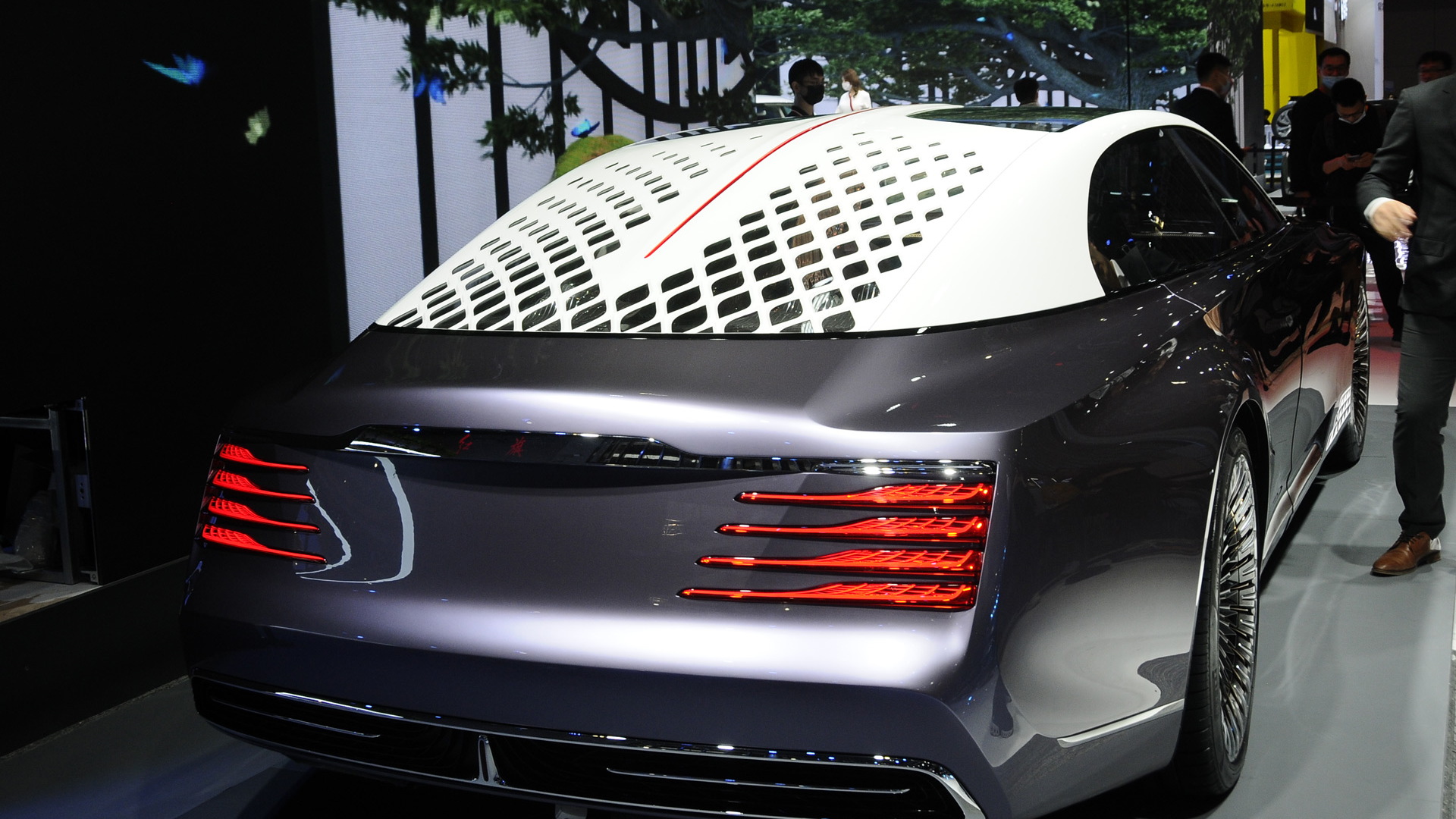 Hongqi, the brand favored by leaders of the Chinese Communist Party, used this week's Auto Shanghai 2021 to unveil a concept boasting enough luxury to make a Bentley or Rolls-Royce owner feel poor.

Called the Hongqi L-Concept, the show car is a striking sedan with a fastback profile, suicide-style doors, and we're told even hanging mood lighting with crystal elements. Just don't call it a chandelier.

The interior features a three-seat layout, with two seats in the rear and one seat for the driver. The only problem is that there isn't a steering wheel, meaning the concept likely teases what a future self-driving car from Hongqi might be like.

Could something like the L-Concept make production? There isn't much official information out but some Chinese media have reported that a production version could be launched as early as 2023.

The concept's name and styling point to it being a preview of a replacement for the L5. The L5 serves as an official state car of China and was introduced in 2014. It's the spiritual successor to the CA72 which was launched in 1958 as Hongqi's first car and used to transport Chairman Mao Zedong.

Hongqi is one of the most respected brands in China, though in recent years most of its lineup have been badge-engineered versions of cars from other automakers. Its parent, FAW Group, is in the process of reviving Hongqi as China's premier automotive label in order to provide well-heeled patriotic buyers a local alternative to the foreign luxury brands.

Some recent Hongqis include a full-size sedan and SUV, the latter offered with battery-electric power. The brand also used the Shanghai auto show to present a 1,400-hp hypercar dubbed the S9.

For our full coverage from Shanghai, head to our dedicated hub.