To celebrate 50 years since the launch of the original Challenger muscle car in 1969, Dodge a couple of years back introduced a special 50th anniversary version of the modern Challenger that was offered in a handful of retro colors, one of which was an exclusive hue called Gold Rush.

Last year the color was made available on more Challenger variants and now Charger fans get to join in on the fun, too.

Dodge this week announced that buyers of the 2021 Charger can order their cars in Gold Rush, but only on the R/T, R/T Scat Pack, R/T Scat Pack Widebody, SRT Hellcat and SRT Hellcat Redeye variants. The cars also need to be equipped with the Charger's Satin Black hand-painted hood, roof and trunk lid.

Gold Rush is one of seven retro colors now offered on the Charger. The others include Frostbite, Hellraisin, Sinamon Stick, TorRed, F8 Green and Go Mango. 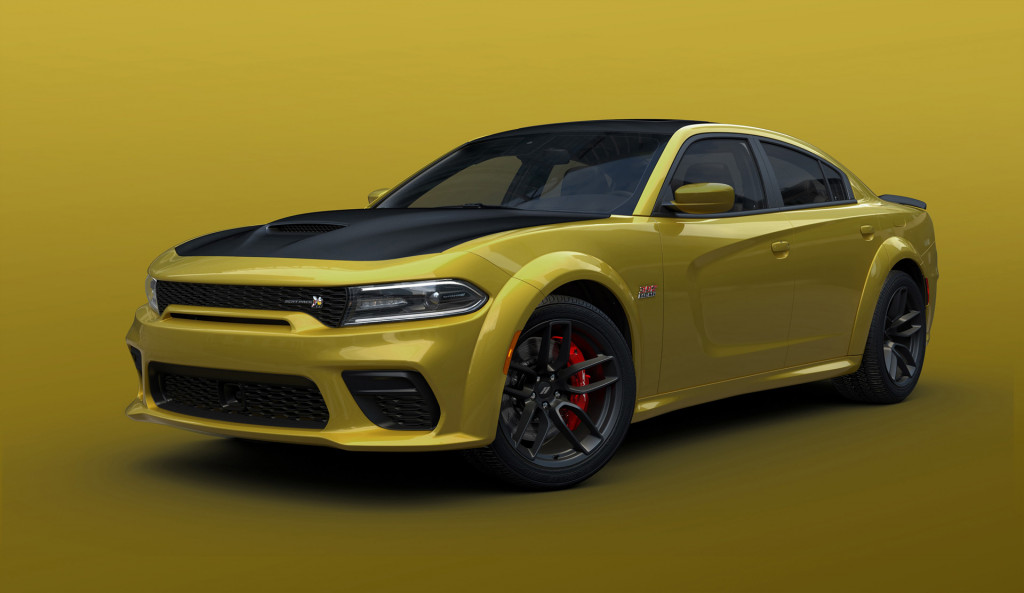 The 2021 model year also saw the Charger made available in the 797-hp SRT Hellcat Redeye grade. The super muscle sedan will run the quarter-mile in 10.6 seconds and top out at 203 mph.

Other changes for 2021 are minor. They include the addition of 20-inch wheels as standard on the GT AWD and SXT AWD, as well as SRT branding on the Brembo brakes of some of the high-end models.

As for the future of the Charger, we'll have to keep waiting for a redesign. Fiat Chrysler Automobiles (now Stellantis) made it known last year that more derivatives of the current Charger, as well as the related Challenger and Chrysler 300, are coming in the years ahead. This will buy time until successor models can be developed, likely without V-8 engines.