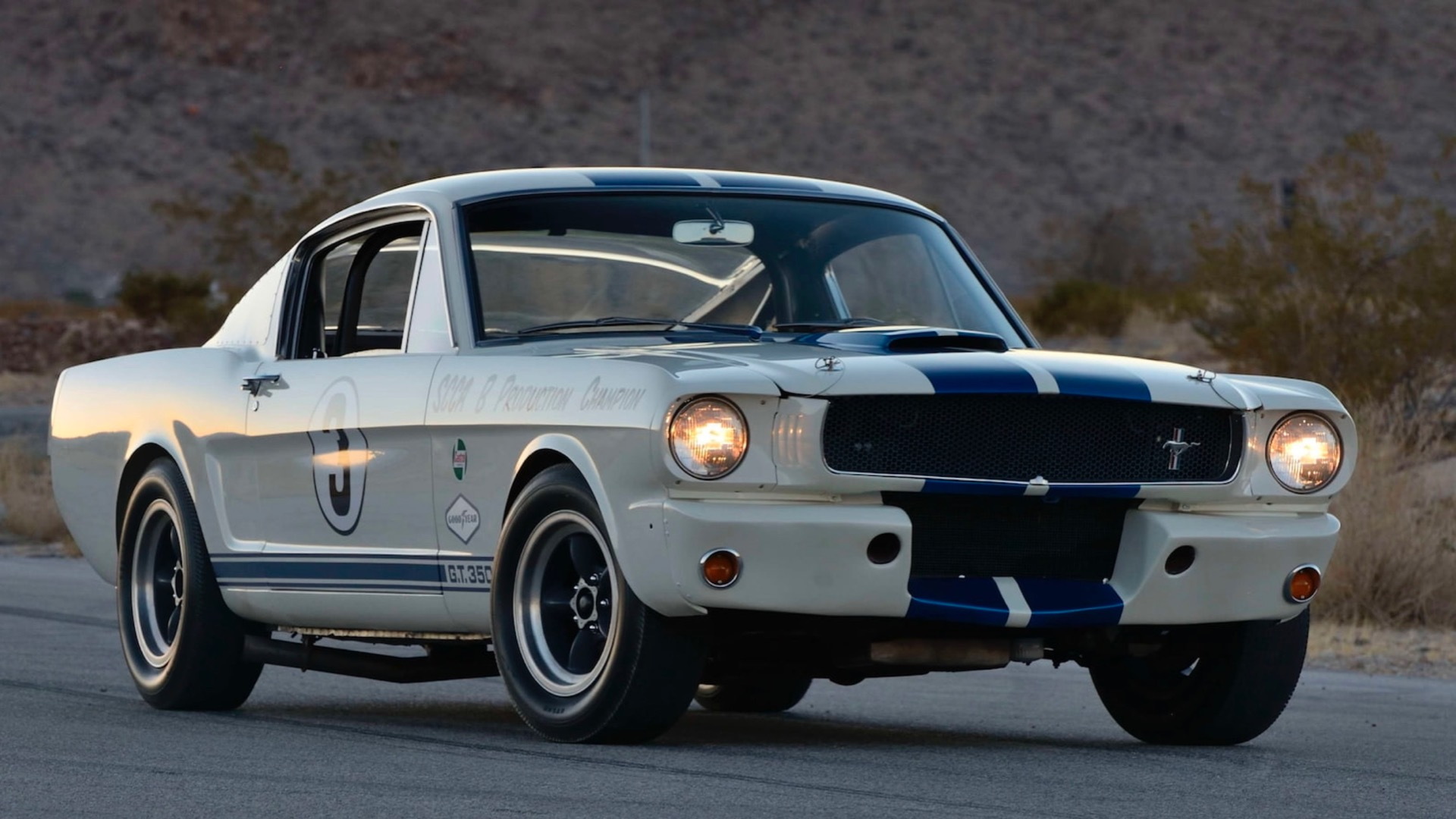 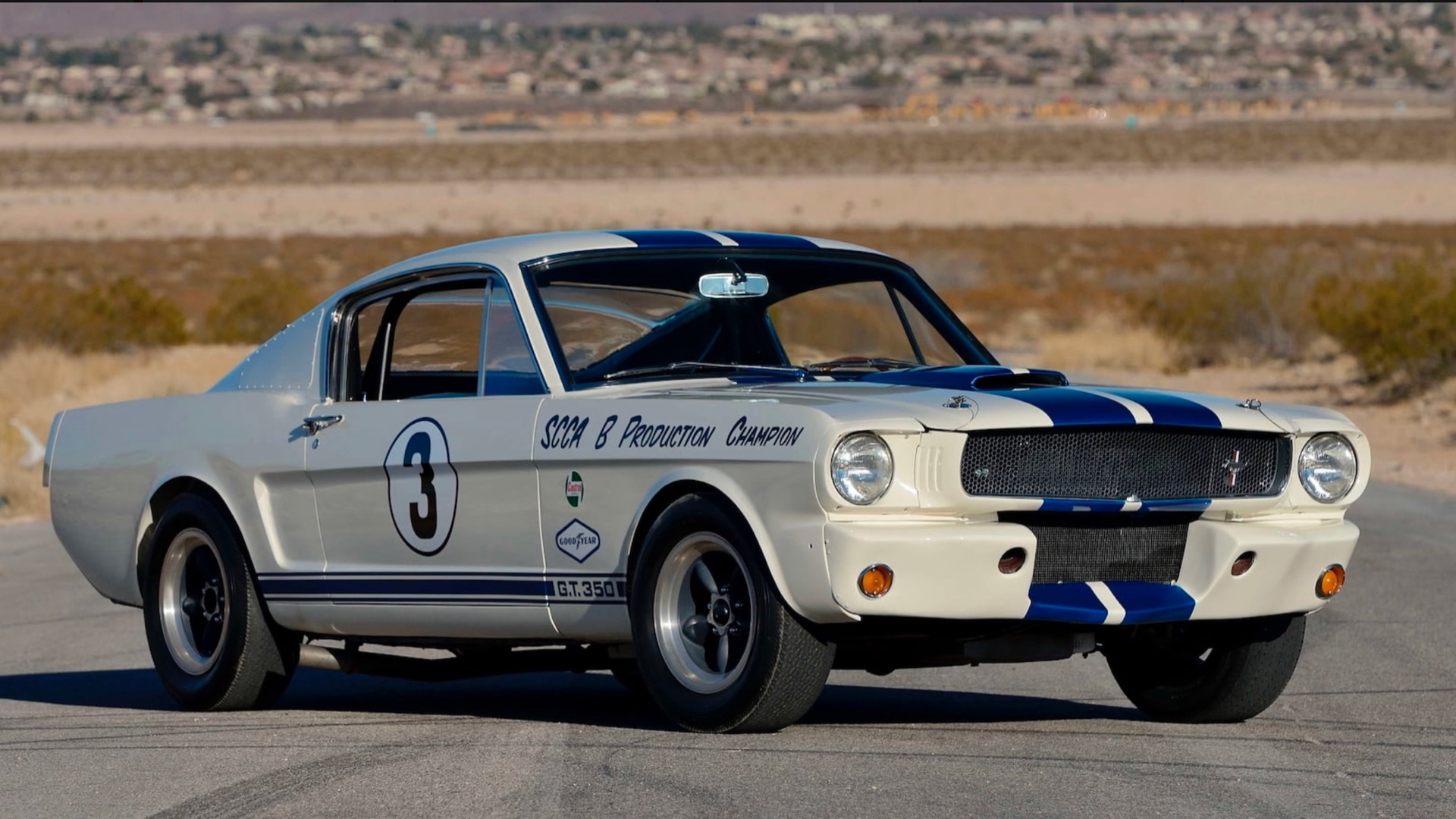 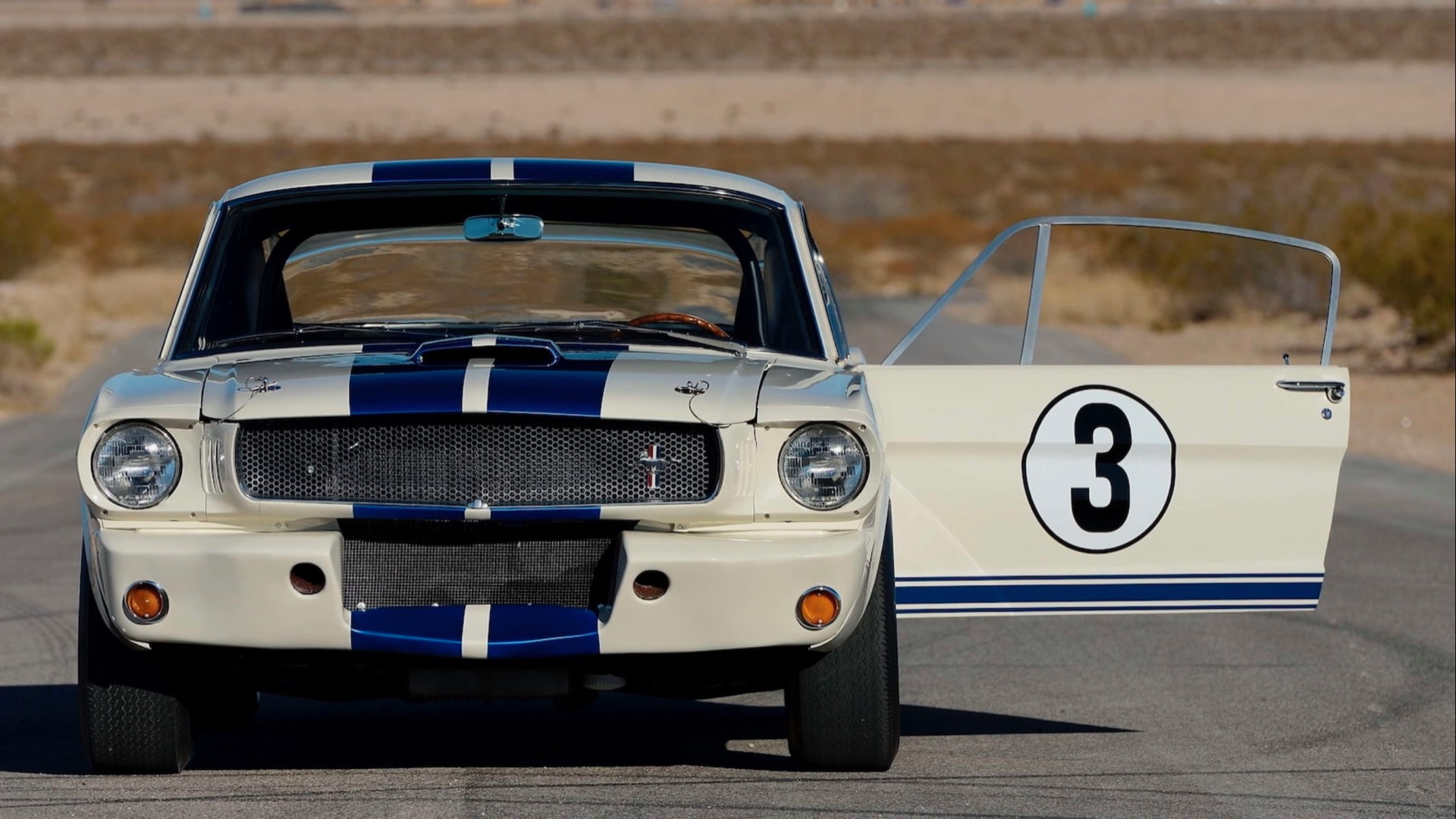 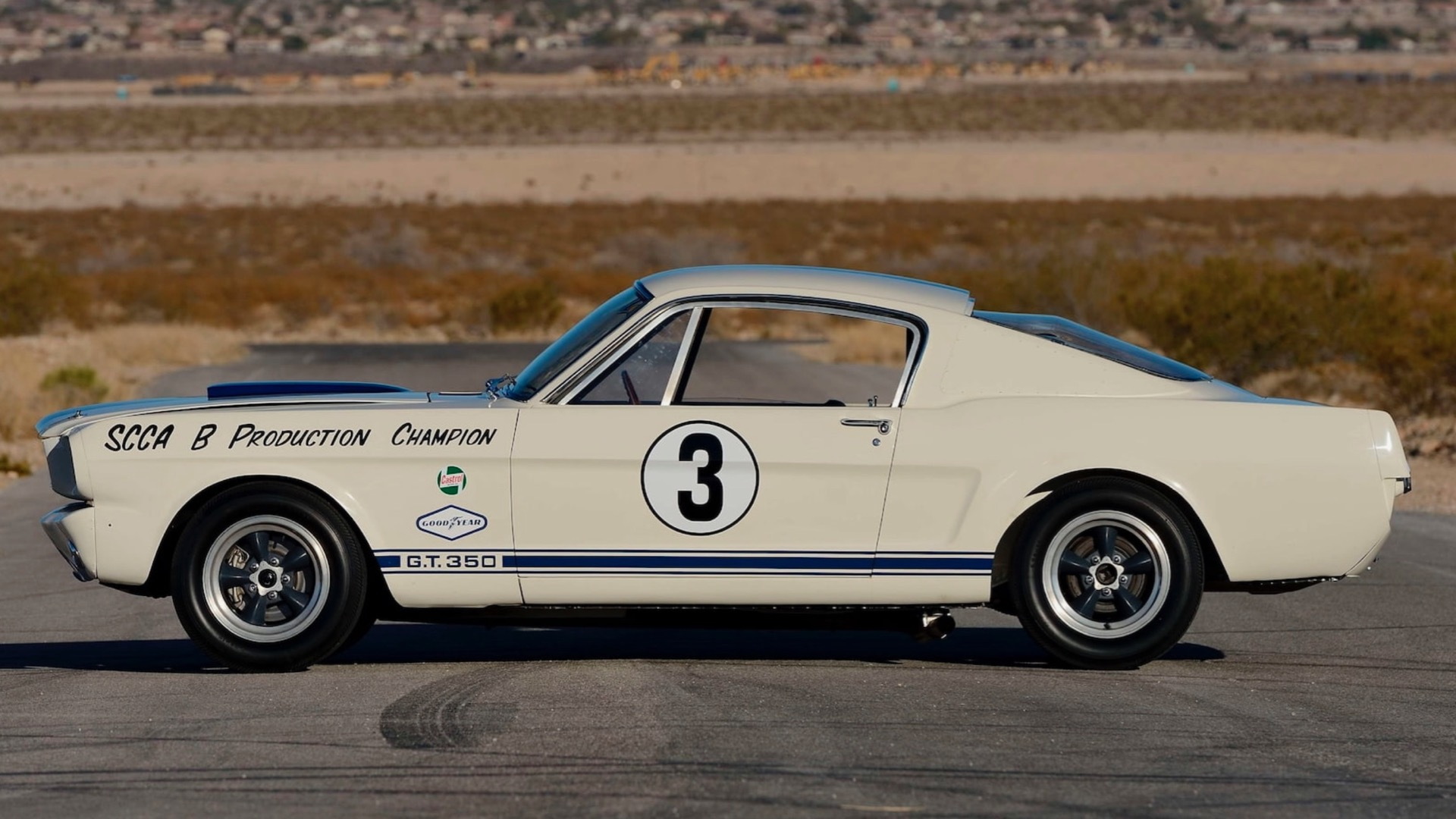 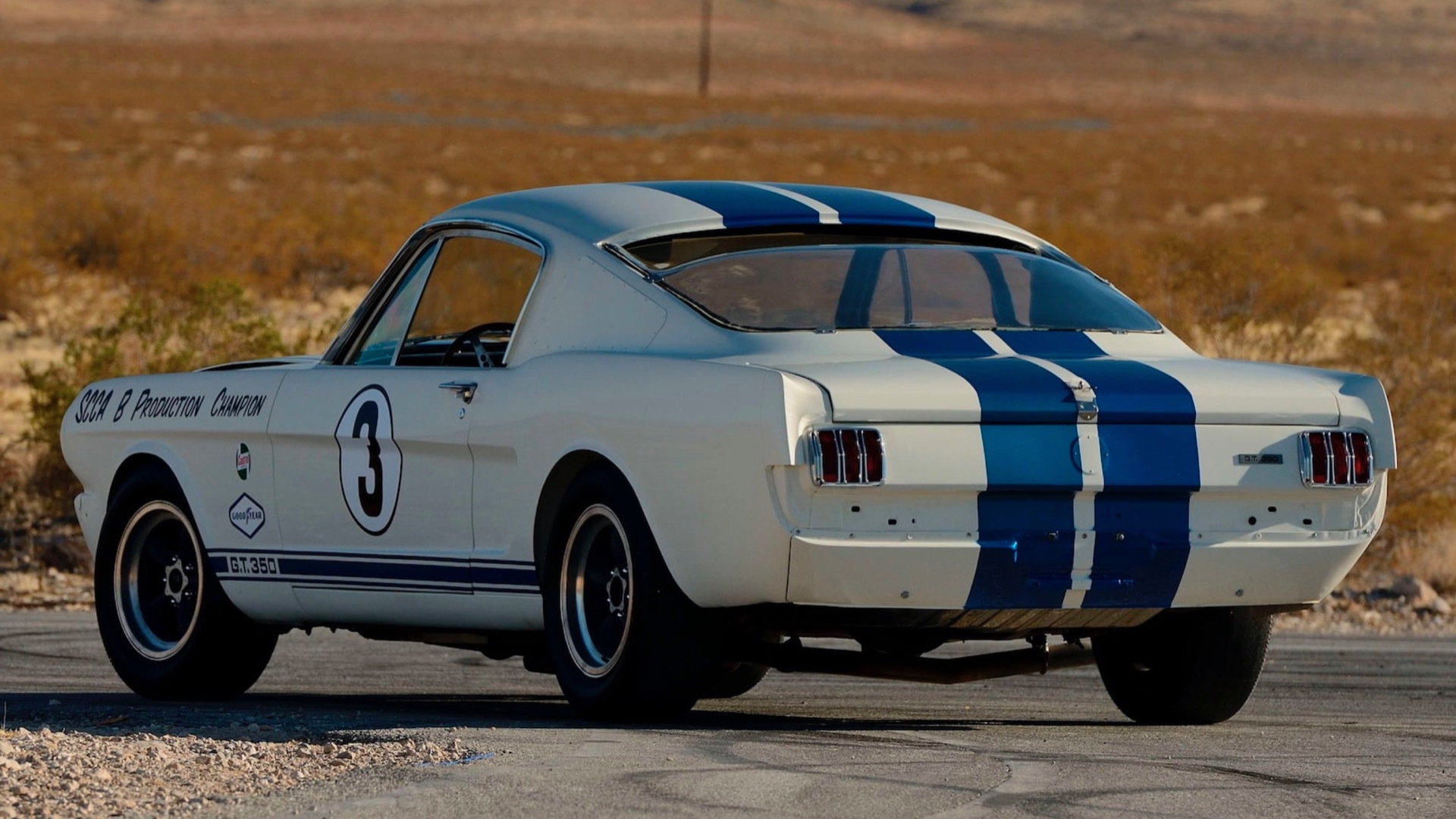 The modern Ford Mustang Shelby GT350R may have just been sent to the glue factory, but an example of the car that inspired it will cross the block at Mecum's upcoming Indianapolis auction, scheduled for May 14-21.

This 1965 Ford Shelby GT350R—serial number 5R213—is one of only 34 production cars (and two prototypes) built, as part of Ford's earliest attempt to prove its Pony Car had real muscle. Already partnering with Shelby on the Cobra and GT40, Ford commissioned a sporty version of the Mustang, which had just launched to great fanfare in the spring of 1964.

As with the most recent version, Shelby developed both a standard GT350 and GT350R racing version. The latter is offically known as the GT350 Competition, though its traditionally referred to as a GT350R because of the “R” included in the model's chassis code. The car won three consecutive SCCA B Production championships. Differences between the standard GT350 and the GT350R included a fiberglass lower front valance, deleted quarter windows, vented plexiglass rear windows, American Racing Torq Thrust wheels, and some engine upgrades.

The engine itself is a 289-cubic-inch V-8, which makes 325 hp in this car, and is coupled to a Borg Warner T10 M 4-speed manual transmission. Shelby originally considered independent rear suspension, but when a prototype couldn't beat a live-axle car in a comparison at California's Willow Springs racetrack, the idea was nixed. A group of former Shelby American employees recently built a handful of reproductions with that independent rear-suspension system, but the production Mustang would stick with its live axle for decades.

This car toured the country with the 1965 Cobra Caravan, a cross-country promotional tour organized by Shelby. The GT350R, a 427 Cobra, a GT40, and a Cobra Daytona Coupe were hauled around in a 42-foot trailer, making stops at Shelby dealers to promote sales.

After the tour concluded, the car was shipped to Peru on June 28,1966, as one of five cars purchased by a group looking to compete in rallies and endurance races, according to Mecum. It was repatriated to the United States after which it was passed between multiple collectors over the ensuing decades. It was recently treated to a full restoration and, while it was built to win trophies on the track, it's now winning them on the car-show circuit. Given the value of these cars, that is now their natural habitat.