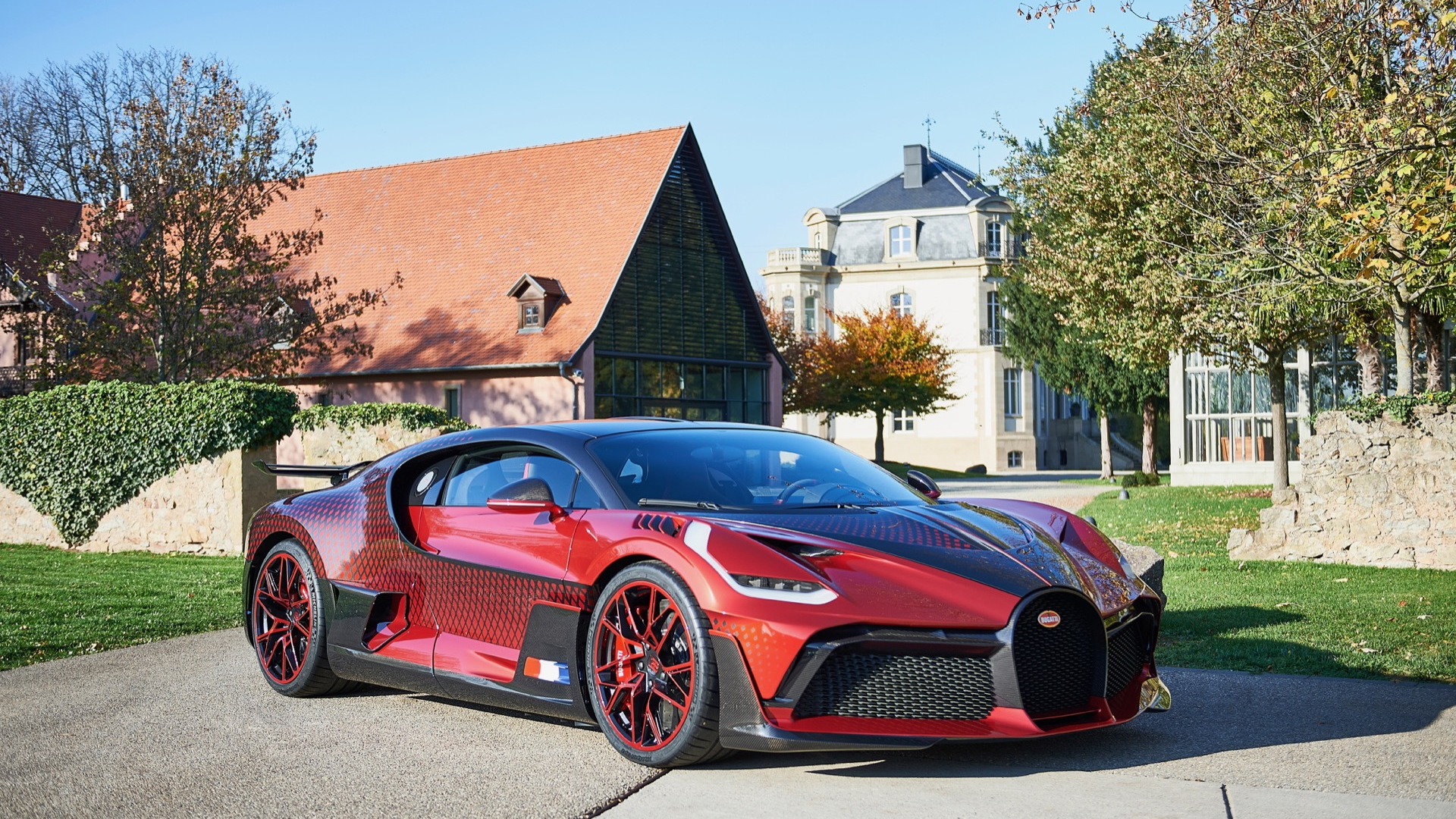 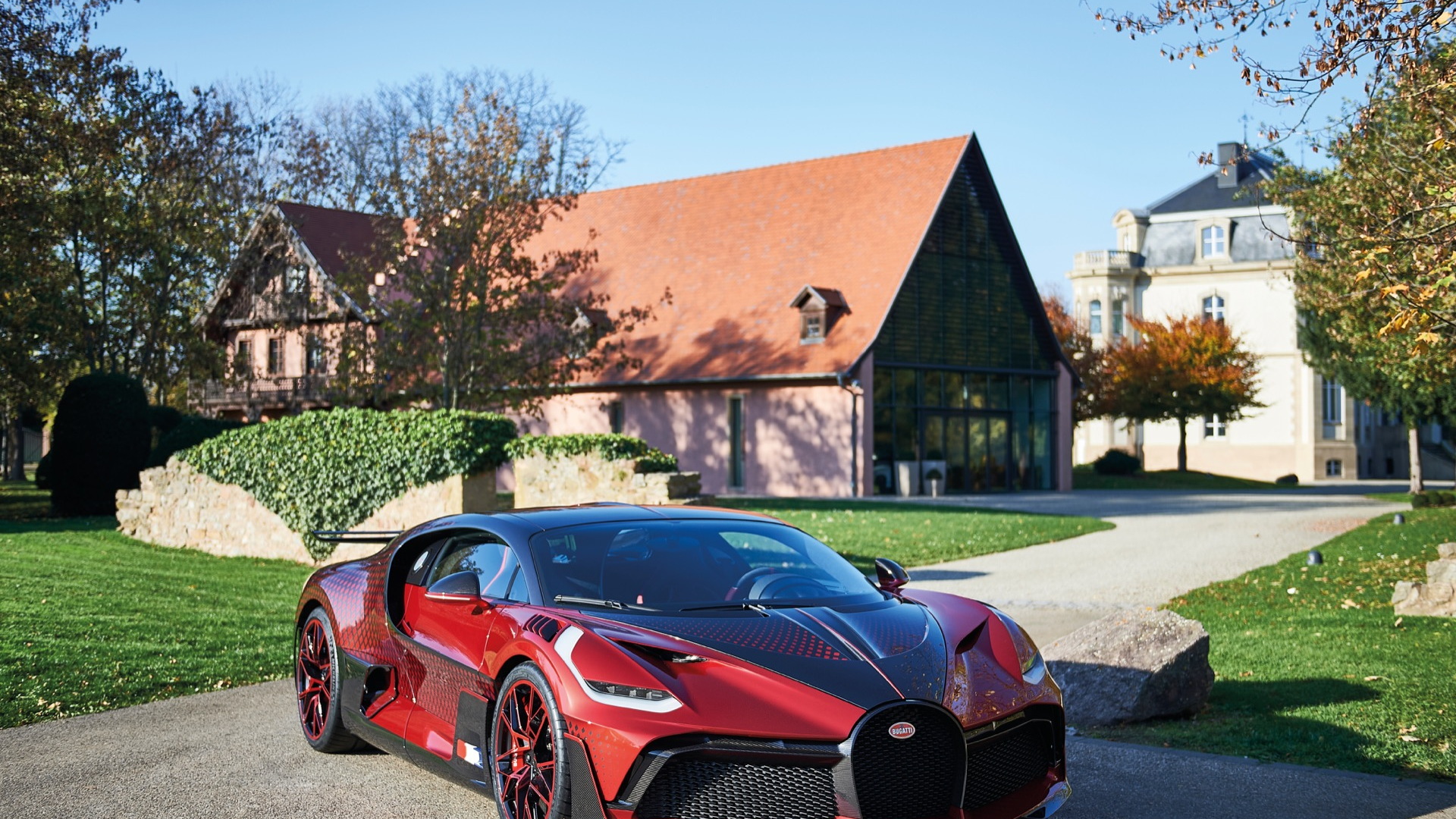 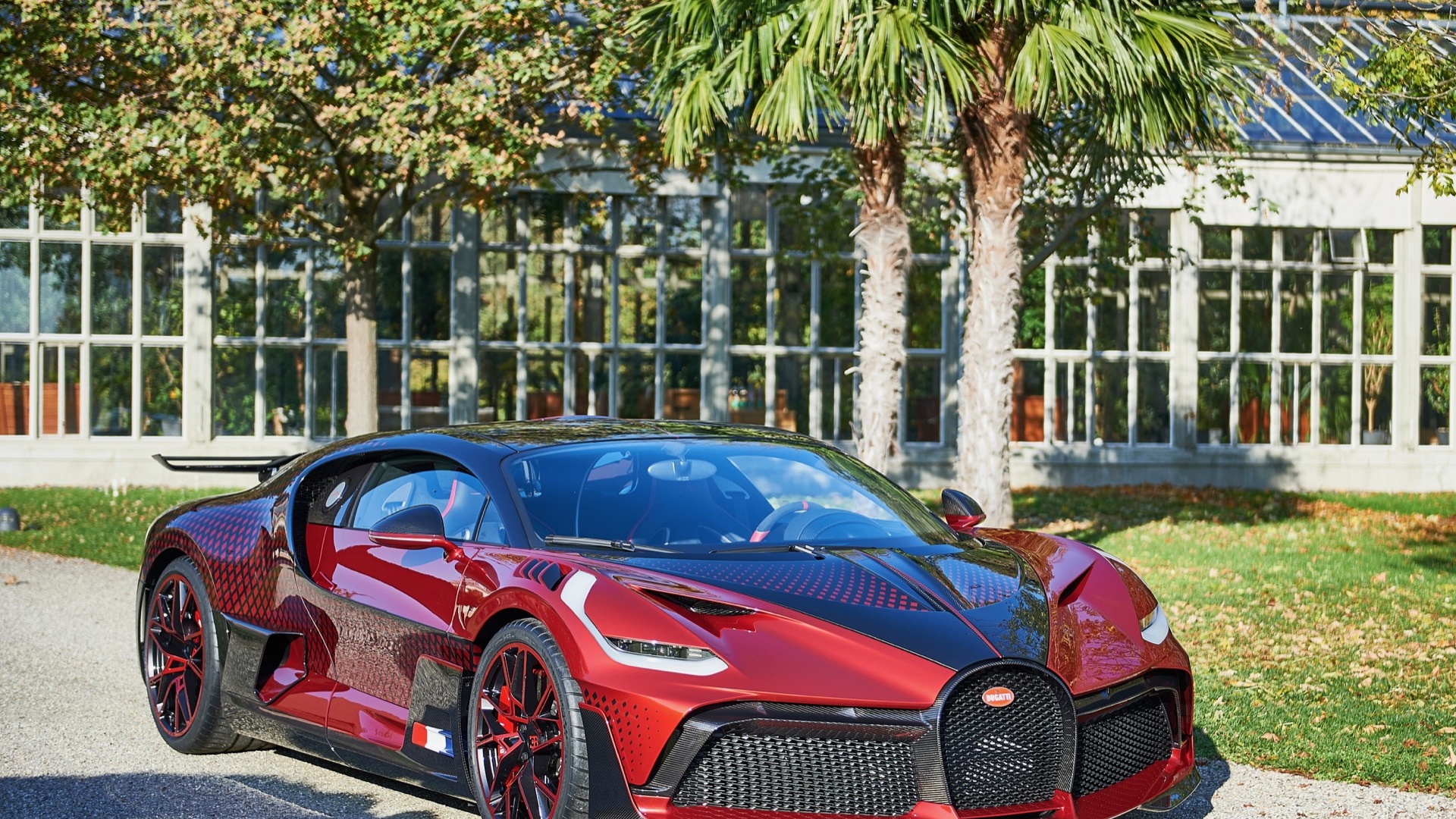 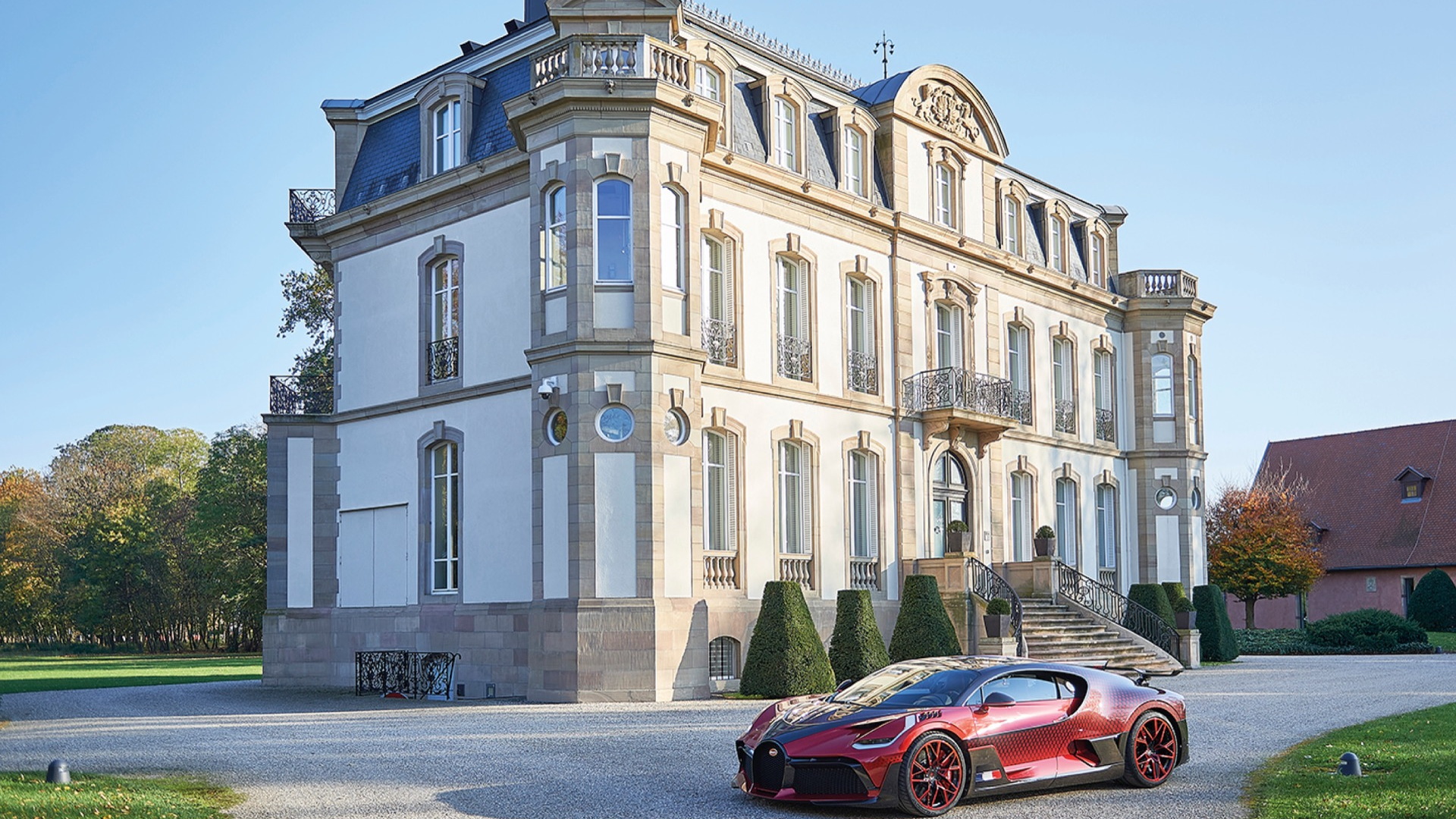 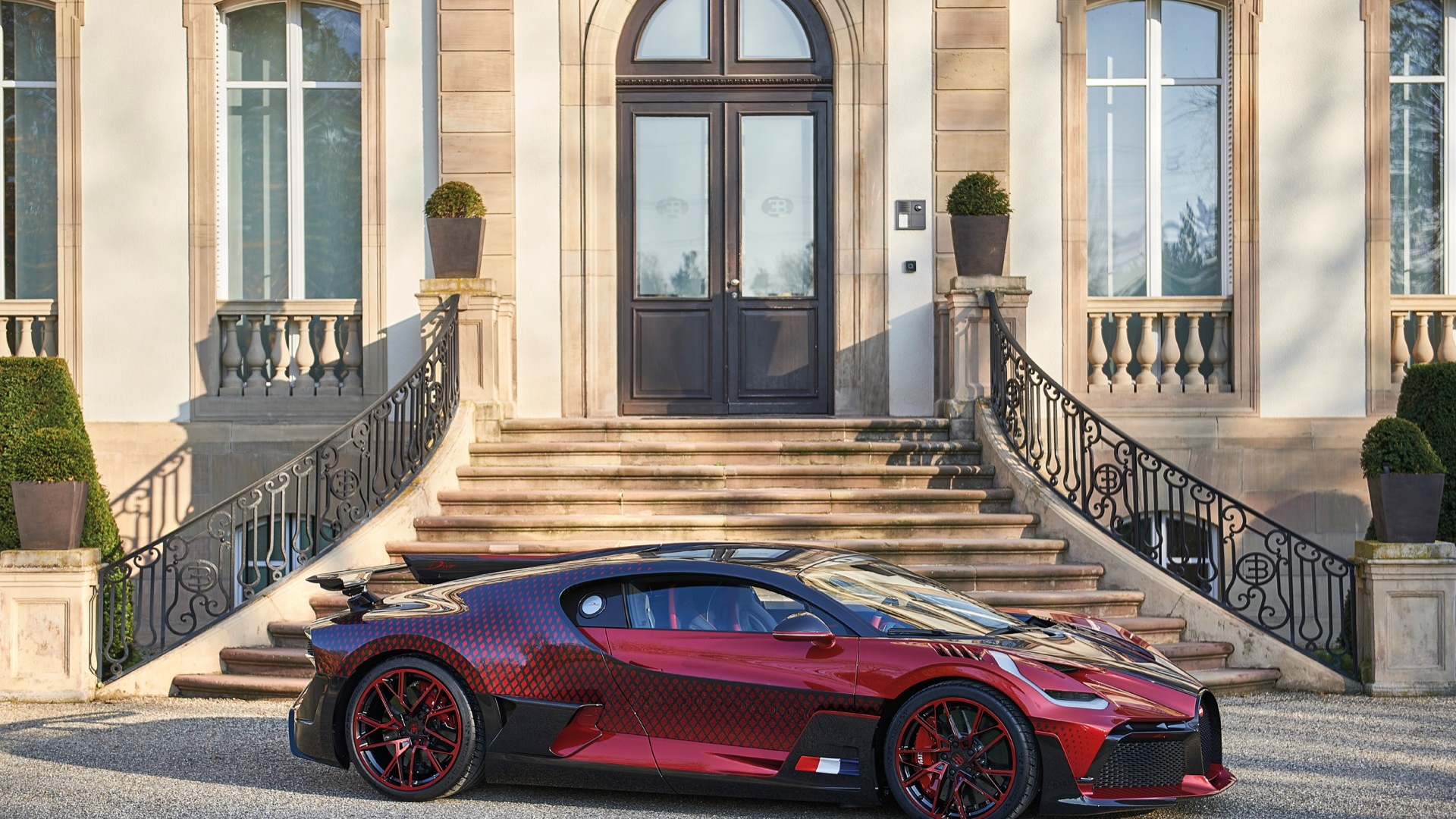 With production limited to 40 examples, the $5.8 million Bugatti Divo should stand out at any cars and coffee event. But that wasn't special enough for one customer, who commissioned a customized Divo dubbed "Lady Bug." The one-of-a-kind supercar took two years to develop, Bugatti explained in a press release.

Bugatti was approached by the customer shortly after the Divo's August 2018 reveal with a request for a color-contrasting geometric pattern. The automaker's design department then got to work, creating not only the pattern but custom colors, specifically "Customer Special Red" and "Graphite."

The design features painted diamonds, which was surprisingly complicated to execute. While designing the livery took a few months, getting it right on the car took one and a half years, according to Bugatti.

Part of the problem was translating two-dimensional CAD drawings onto the three-dimensional surface of the bodywork, which required numerous adjustments to the roughly 1,600 diamonds that make up the design, Bugatti said. To allow for these adjustments, designers initially printed each diamond onto transfer film, but that still had to be precisely applied to the car as if it were a life-size model kit.

Bugatti has declared that the Divo is "made for corners." It uses the Chiron's 8.0-liter quad-turbocharged W-16, which produces 1,480 horsepower and allows for 0-60 mph in 2.5 seconds. Those figures match the Chiron, but the Divo also is also 77 pounds lighter and has 198 pounds more downforce, making it more capable on a track. The Divo even visited the Nürburgring, although Bugatti never released a lap time.

Deliveries of the Divo began in August 2020—two years after it's unveiling—but the first cars didn't reach the U.S. until this January.

Since the Divo's introduction, Bugatti has rolled out more limited editions, including two more track-focused models—the Chiron Pur Sport and Bolide. Perhaps a buyer of one of those supercars will request another unique livery.