Jaguar has been reviving some of its most iconic models as "continuation" cars, and now a legendary Jaguar race team is doing the same. Scotland-based Ecurie Ecosse was one of the most prominent privateer teams of the 1950s, and it's launching a Jaguar C-Type continuation car to commemorate the cars it raced in that era.

Known for its bright blue paint schemes and stylish race-car transporter, Ecurie Ecosse (French for "Scotland Stable") raced seven C-Type chassis beginning in 1952. It also won the 24 Hours of Le Mans in 1956 and 1957 with the C-Type's successor, the D-Type. The original team was disbanded in 1972.

Jaguar has since brought the D-Type back as a continuation car, leaving Ecurie Ecosse an opening to resurrect the C-Type. The team plans to build seven new cars, one for each of the original race cars (all of which survive today).

Unlike the continuation cars built by Jaguar and other automakers, the Ecurie Ecosse C-Type won't be an exact reproduction. It will have thin-gauge aluminum bodywork and a steel space-frame chassis, like the original, but "wider and stiffer than before," with components laser cut for accuracy, Ecurie Ecosse said in a press release. 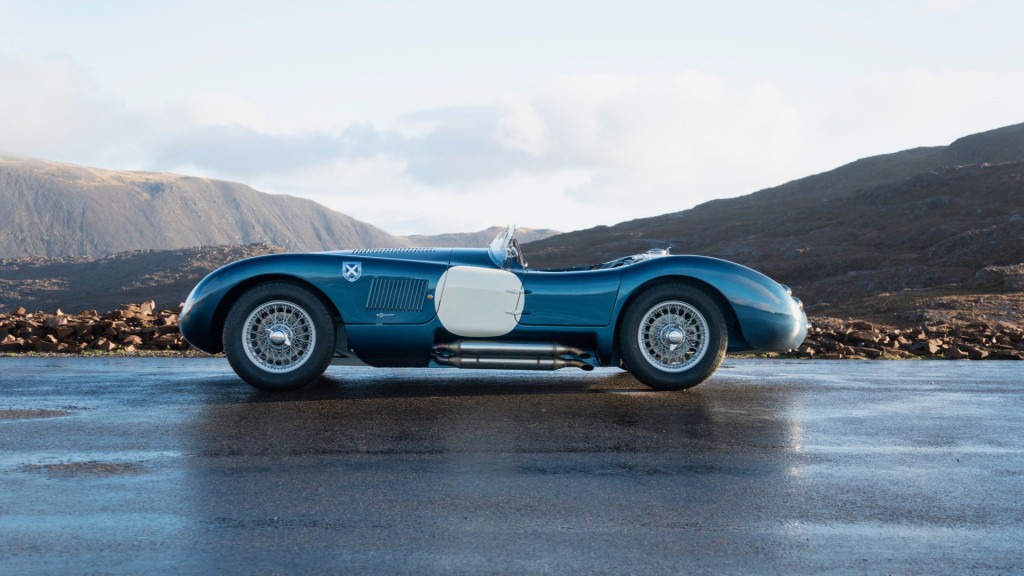 The continuation cars use a version of the Jaguar XK inline-6 from the original C-Type, but with displacement increased to 4.2 liters, from the stock 3.4 liters. That yields 300 horsepower (about 100 hp more than the 1950s racers) and 280 pound-feet of torque, allowing for 0-62 mph in 5.2 seconds, and a top speed of 156 mph, according to Ecurie Ecosse.

Launched in 1951, the C-Type was an important car in Jaguar's history, introducing disc brakes and winning Le Mans twice with the factory team. However, as is often the case with race cars, its career was relatively short. Production ended in 1953.

The first C-Type continuation car is finished and ready for customer test drives, Ecurie Ecosse said, but the company didn't quote a price.