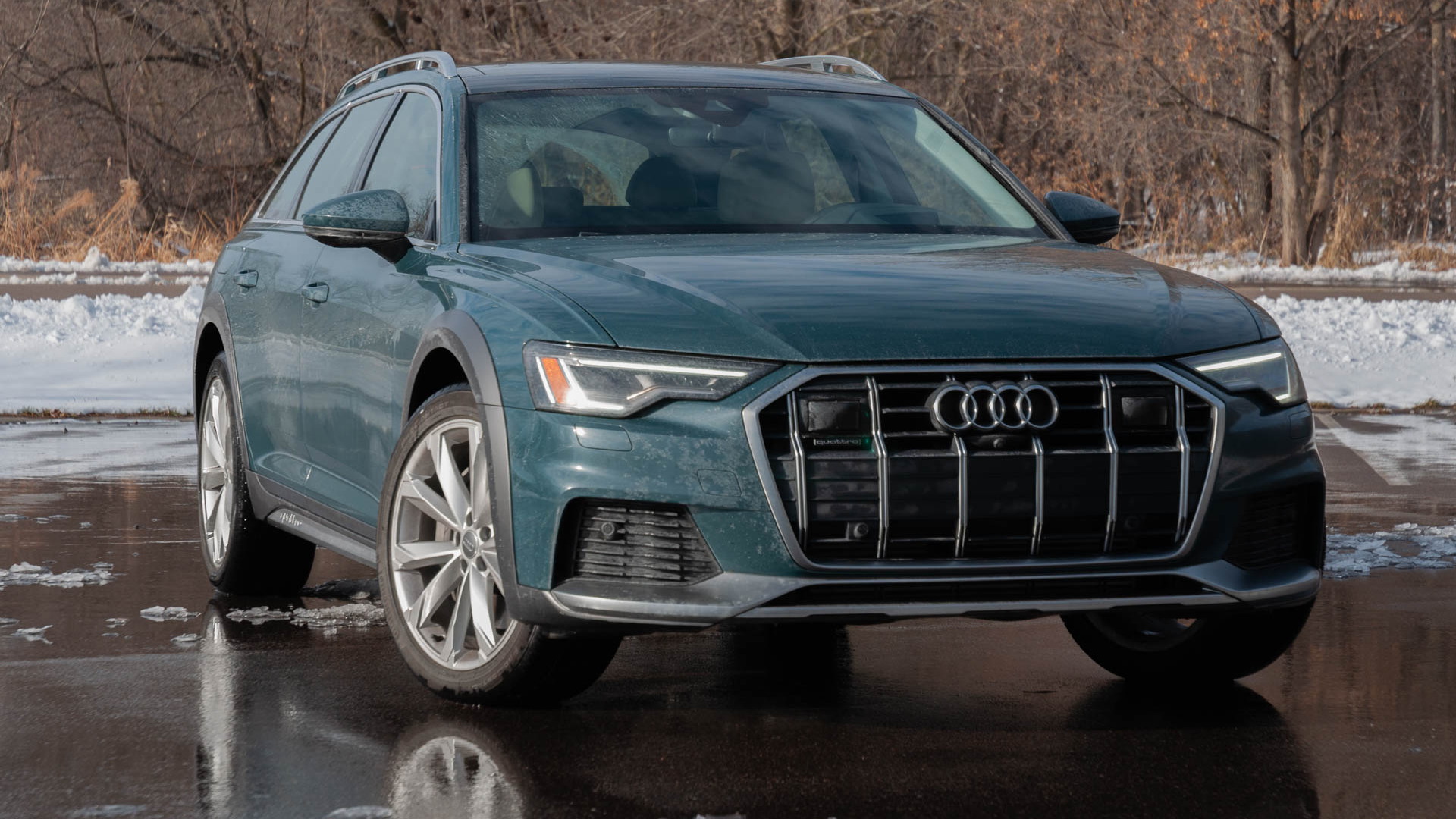 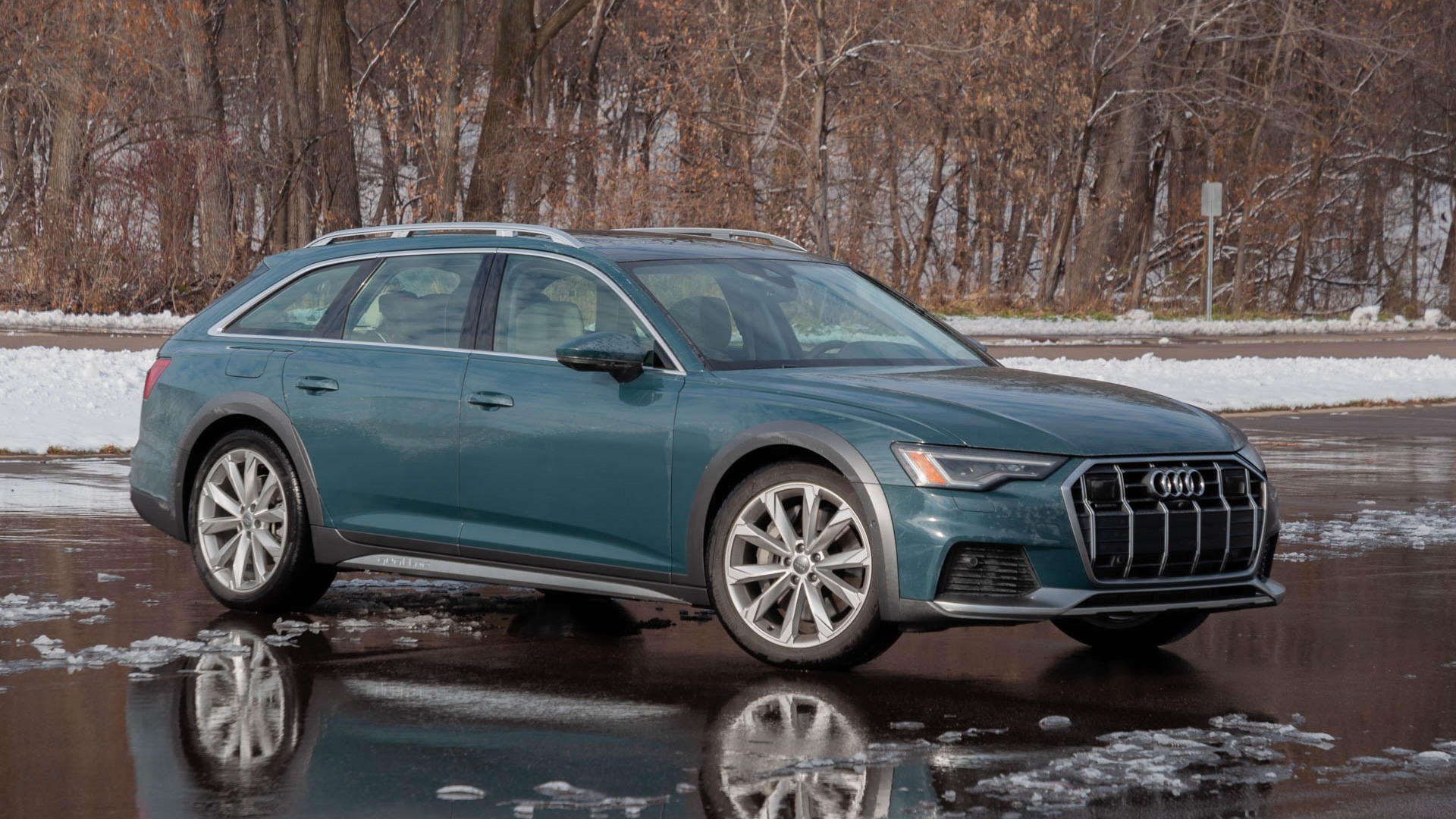 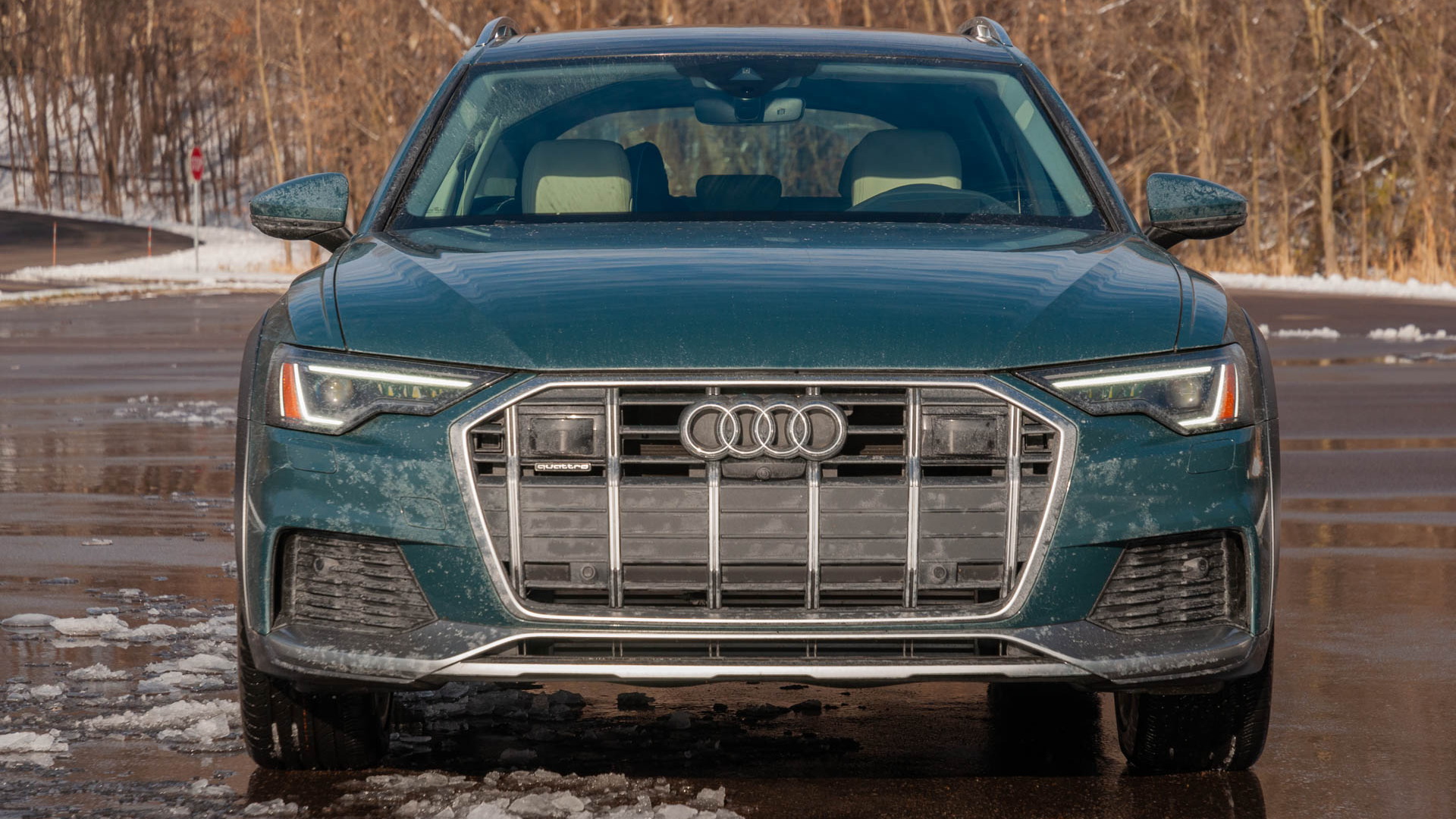 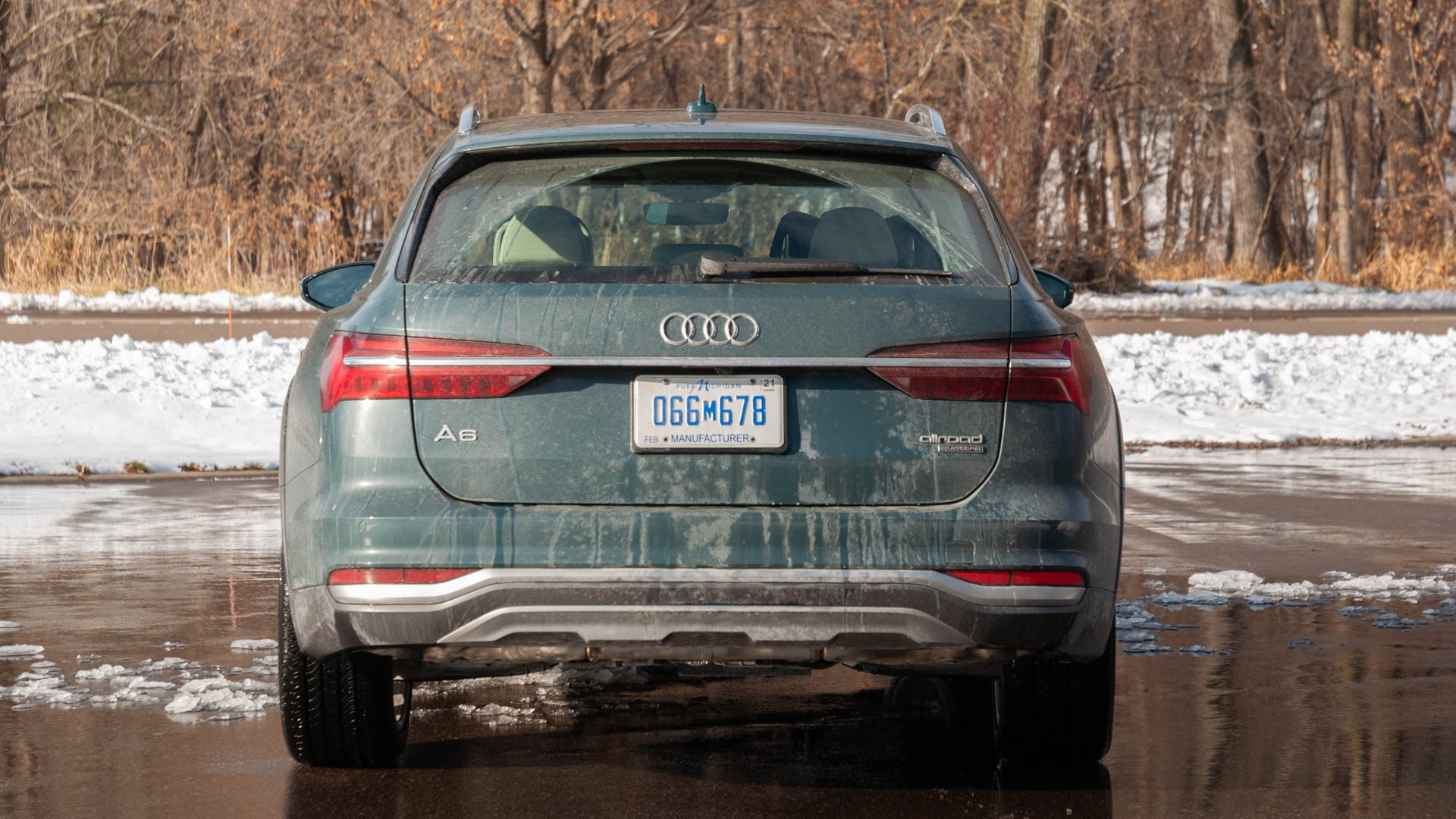 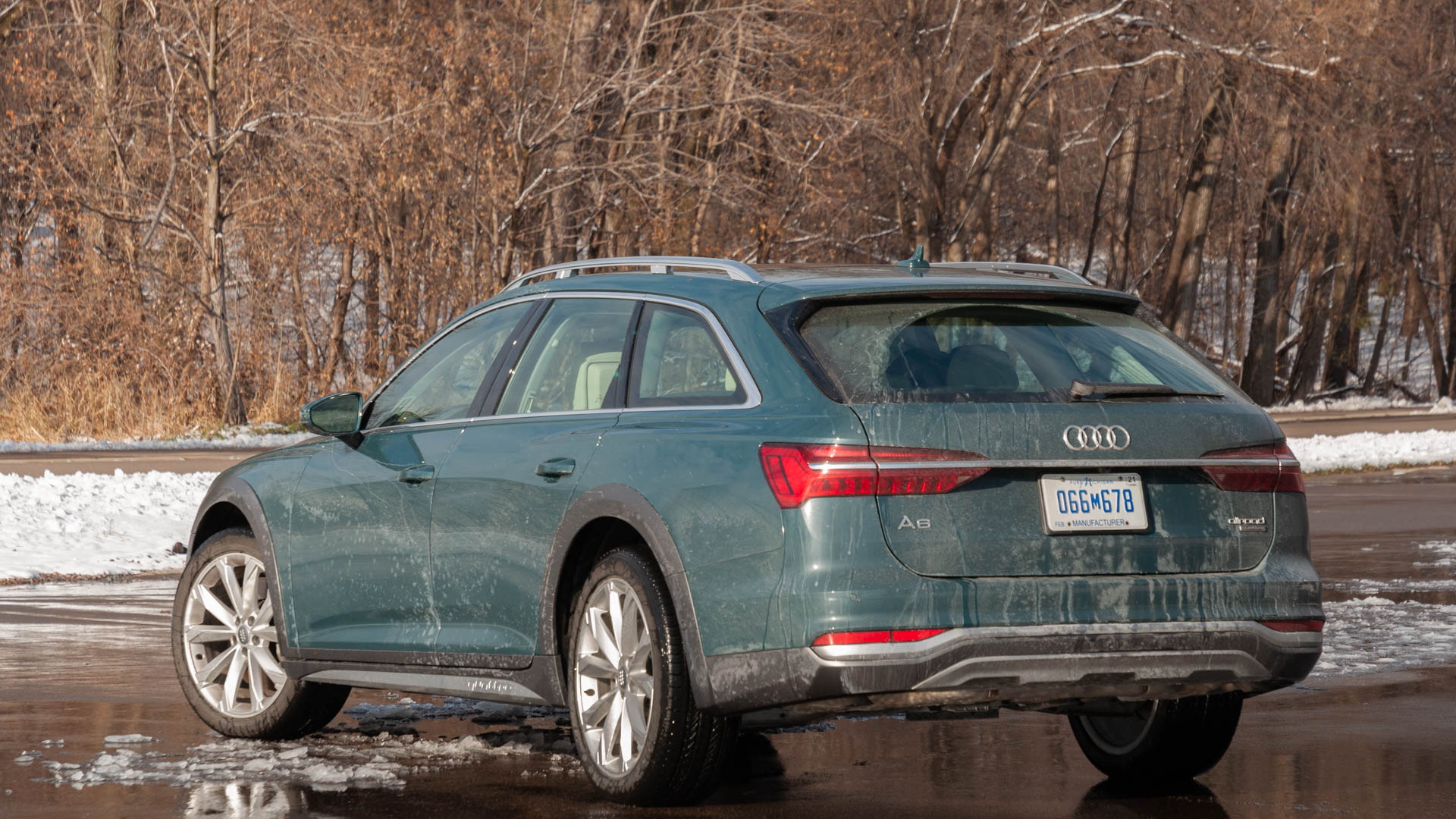 SUVs used to be needed to tow boats and trucks were used on the farm or the work site. Somewhere along the way, society and automakers decided wagons were no longer acceptable. It’s time to reconsider that line of thinking.

The Audi A6 Allroad has returned for 2020 to right wrongs and offer a mid-size station wagon to Americans. As an Allroad, it has a raised ride height for true all-weather capability.

I spent a week with the 2020 Audi A6 Allroad running errands, hauling the kids around town, and playing in the sleet and snow to determine where it shines and where it falls flat. Here’s what I learned.

Hit: Now this is true Allroad

The original Allroad was based on the C5-generation A6 in the early 2000s, and it was Audi’s answer to SUVs before the company had a bunch of SUVs. With the Quattro all-wheel-drive system and air suspension, it was immensely capable. The Allroad died, the Q7 arrived, and then Audi resurrected the Allroad badge on a lifted A4. The A4 Allroad featured Quattro but lacked the hallmark air suspension. The return of the A6 Allroad for 2020 returns the car to its roots with an air suspension that lifts the wagon to 7.3 inches off the ground. It’s not the 8 inches of the C5 Allroad but it gets the job done.

Miss: Quattro Ultra is not your father’s Quattro

The air suspension is there, but the Quattro Ultra system falls short. I’d never spun the front wheels of a Quattro-equipped Audi until I drove the 2020 Audi A6 Allroad in the snow and ice. That's because this latest Allroad features the Quattro Ultra system, which is also used in the smaller A4 Allroad. It uses an electronic clutch pack that can disengage the rear wheels for better fuel efficiency. In some modes and under certain conditions, the A6 Allroad is front-wheel drive until it detects front-wheel slip and engages the rear wheels. Blasphemy! The RS 6 Avant, which is based on the same A6 platform, has proper Quattro with power going to all four wheels at all times.

Like most modern cars, the A6 Allroad features driving modes that include Dynamic, Auto, Comfort, Allroad, and Offroad. Allroad mode redeems Quattro Ultra by locking the all-wheel-drive system permanently. It also raises the ground clearance from the standard 5.5 inches to 6.7 inches. The driver can raise the air suspension to the maximum 7.3 inches of ground clearance tapping the height button. Thankfully, the car remembers if it was last left in Allroad mode, so owners can simply set it ahead of winter and not change it until spring.

Clearing ice and snow from under the windshield wipers is quite difficult, and it didn’t need to be. Audi USA spokesperson Jacob Brown told Motor Authority the windshield wiper blades and arms sit almost below the hood line in the name of aerodynamics and a quiet ride. This allows wind to travel above them when not in use and provides better aerodynamics for the related RS 6 Avant. The placement makes it impossible to raise the wiper arms to clear ice and snow from beneath them because they hit the hood. The Allroad will be bought by folks in climates with less than ideal weather. The wipers can only be lifted when put into service mode, which moves them to a different position for easier access, via the infotainment screen or while holding down the wiper stalk when the car is off and the driver’s door hasn’t been opened.

Crossover SUVs, like the Q7, have a higher center of gravity due to their taller ride height. The Q7 is also much heavier. The 4,486-pound A6 Allroad weighs 596 pounds less than a V-6-powered Q7. Physics and science dictate the lifted wagon drives better. Rather than a heavy crossover, the A6 Allroad drives like a sedan with some extra heft in the rear thanks to the extended roofline. Take a corner and it doesn’t roll over like a crossover SUV. It’s more controlled and more fun to drive.

No one expects an Audi to be cheap, but the 2020 Audi A6 Allroad starts from $68,895. My tester had a sticker price of $73,790 thanks to the Prestige package that added niceties such as a color head-up display, LED ambient lighting, power soft-close doors, and cooled front seats. The roomier Q7 has a base price of $54,545, though that’s with a turbo-4 instead of a turbo-6. A turbo-6 Prestige Q7 would cost about the same as the A6 Allroad, apples to apples. I’ll take the A6 Allroad.

Hit: More efficient than an SUV

Both the Q7 and A6 Allroad are powered by a 3.0-liter turbocharged V-6 that makes 335 horsepower. In the A6 Allroad, a slick-shifting 7-speed dual-clutch automatic distributes the power smoothly (the Q7 gets an 8-speed automatic transmission). While the Q7 with the turbo-V-6 has EPA ratings of 17 mpg city, 21 highway, and 18 combined, the A6 Allroad has considerably better ratings of 20/26/22 mpg. I averaged 23.8 mpg according to the onboard trip computer in my week of mixed suburban driving. Try matching that in a Q7. It won’t happen.

The A6 Allroad is a return to form for Audi. It’s a package perfect for families with better driving dynamics and fuel economy than a crossover SUV. For buyers who don’t need a third-row seat or who don’t tow a boat, it’s hard to justify choosing a comparable Q7 over the longroof, high-riding A6.