For years it seemed like it would never happen, but Lewis Hamilton on Sunday managed to equal Michael Schumacher's record tally of seven Formula One World Championship titles with a win at a rain-soaked Turkish Grand Prix.

Hamilton already broke Schumacher's long-held record of 91 wins earlier this year, with his tally currently at 94.

To secure the 2020 championship title, the Mercedes-AMG driver only needed to finish the Turkish race, held at Istanbul Park Circuit, with more points than his teammate, Valtteri Bottas, but in true Hamilton style he finished the race on top after a brilliant drive. Second place went to Racing Point's Sergio Perez 31.6 seconds behind, while third place went to Ferrari's Sebastian Vettel 31.9 seconds behind the winner.

While Hamilton was in a class of his own in the final stages, the action was a lot closer in the first half of the race. The lights went green with Racing Point's Lance Stroll and Red Bull Racing's Max Verstappen at the front of the grid. Hamilton was at sixth but made the most of a good start to quickly climb up the ranks, while Verstappen got bogged down and was overtaken by several drivers. 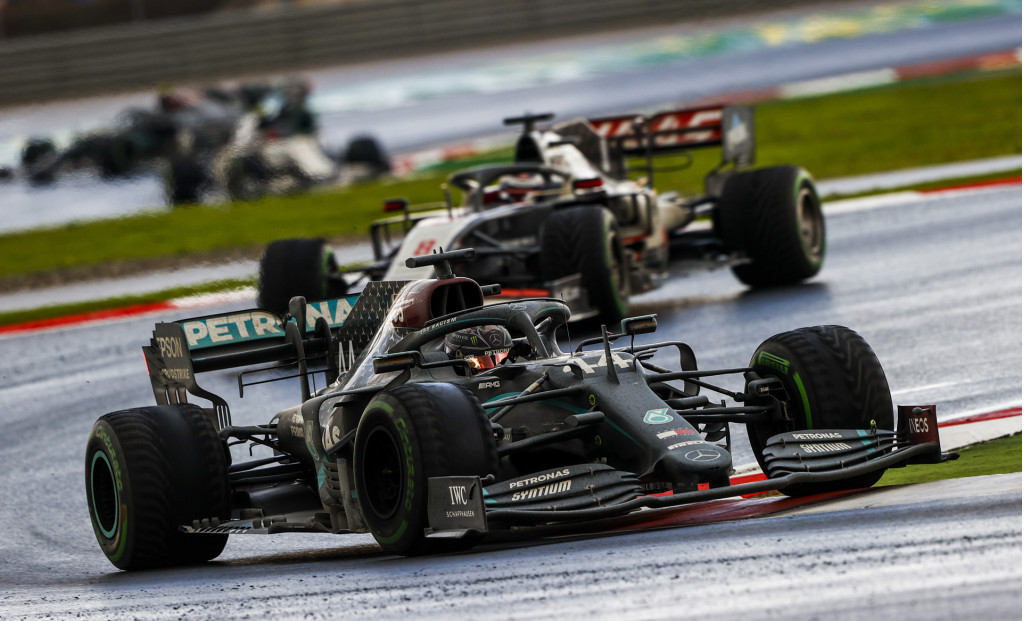 One of the most impressive moves was by Vettel who jumped from 11th on the grid all the way up to fourth, then third after Hamilton made a mistake early on. The early stages then saw Vettel fending off Verstappen and fellow Red Bull driver Alex Albon, while out in front were Stroll and Perez.

By the middle of the race, Stroll and Perez were still at the front, while Albon had got past Vettel, though Vettel was soon back in front of Albon after their respective pit stops, but was now behind Hamilton. Further up, Verstappen in an attempt to overtake Perez lost control and entered a spin and flat spotted his tires in the process. A return to the pits meant Verstappen would rejoin the race at eighth.

As the track started to dry, Stroll in the lead stopped for new tires on lap 36, leaving the lead to Perez who held on for one more lap before being overtaken by Hamilton who would then build up the gap lap after lap to the end. Perez was then overtaken by Ferrari's Charles Leclerc but an error by Leclerc allowed Perez to reclaim his lost second position. Vettel also benefited from Leclerc's error to get ahead, crossing the finish line just three tenths behind Perez, with Leclerc fourth and McLaren's Carlos Sainz fifth.

Hamilton's tally in the 2020 Drivers' Championship has extended to an unbeatable 307 points. Bottas is second with 197 points and Verstappen is third with 170 points. In the Constructors' Championship, Mercedes has taken out the title and now sits on 504 points, versus the 240 of Red Bull and 154 of Racing Point. Teams now take their final break of the season before the Bahrain Grand Prix in a fortnight kicks off a season-ending triple-header in the Middle East. 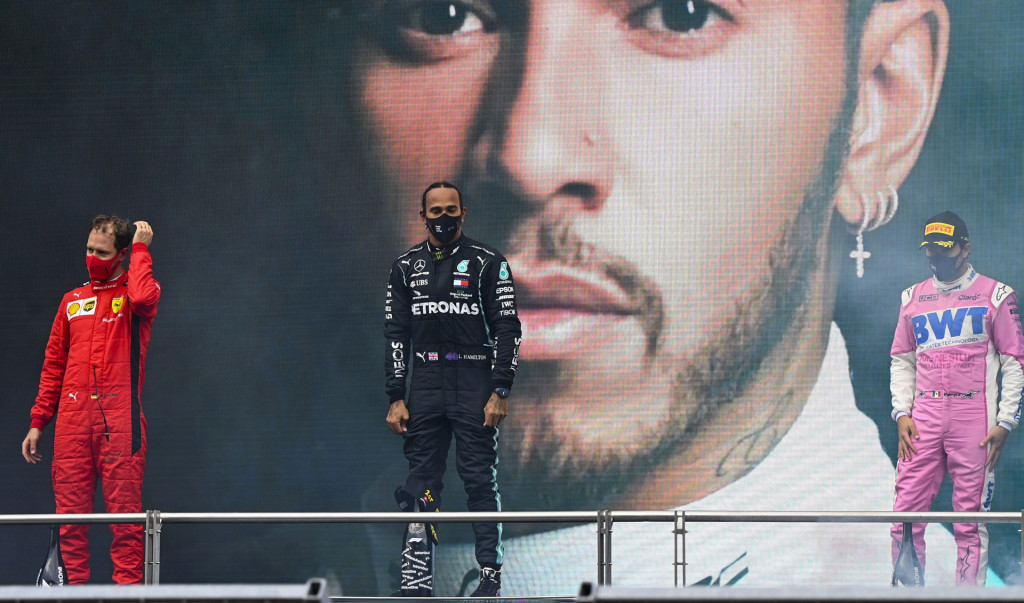 Below are the full results from the 2020 Formula One Turkish Grand Prix: