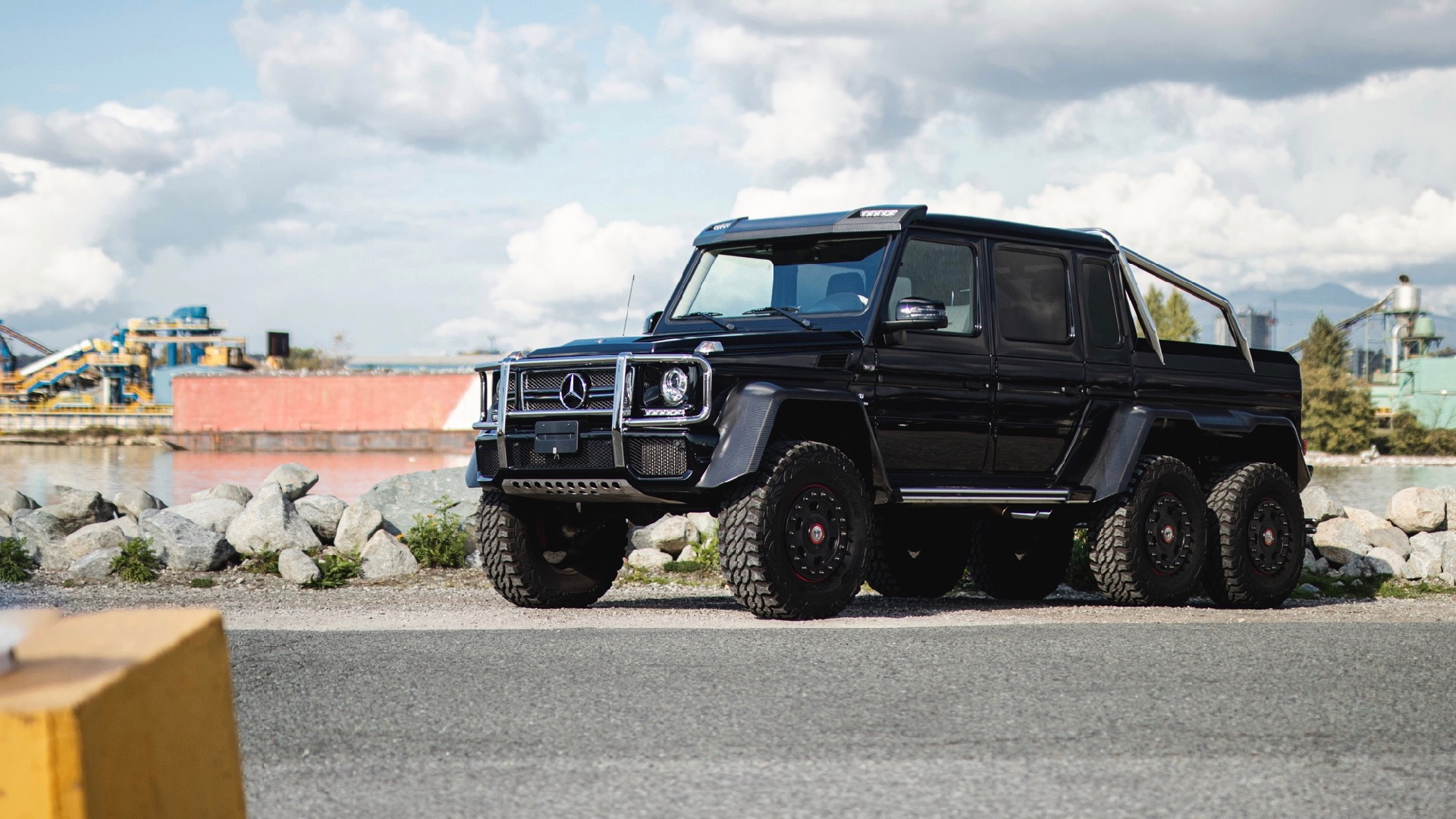 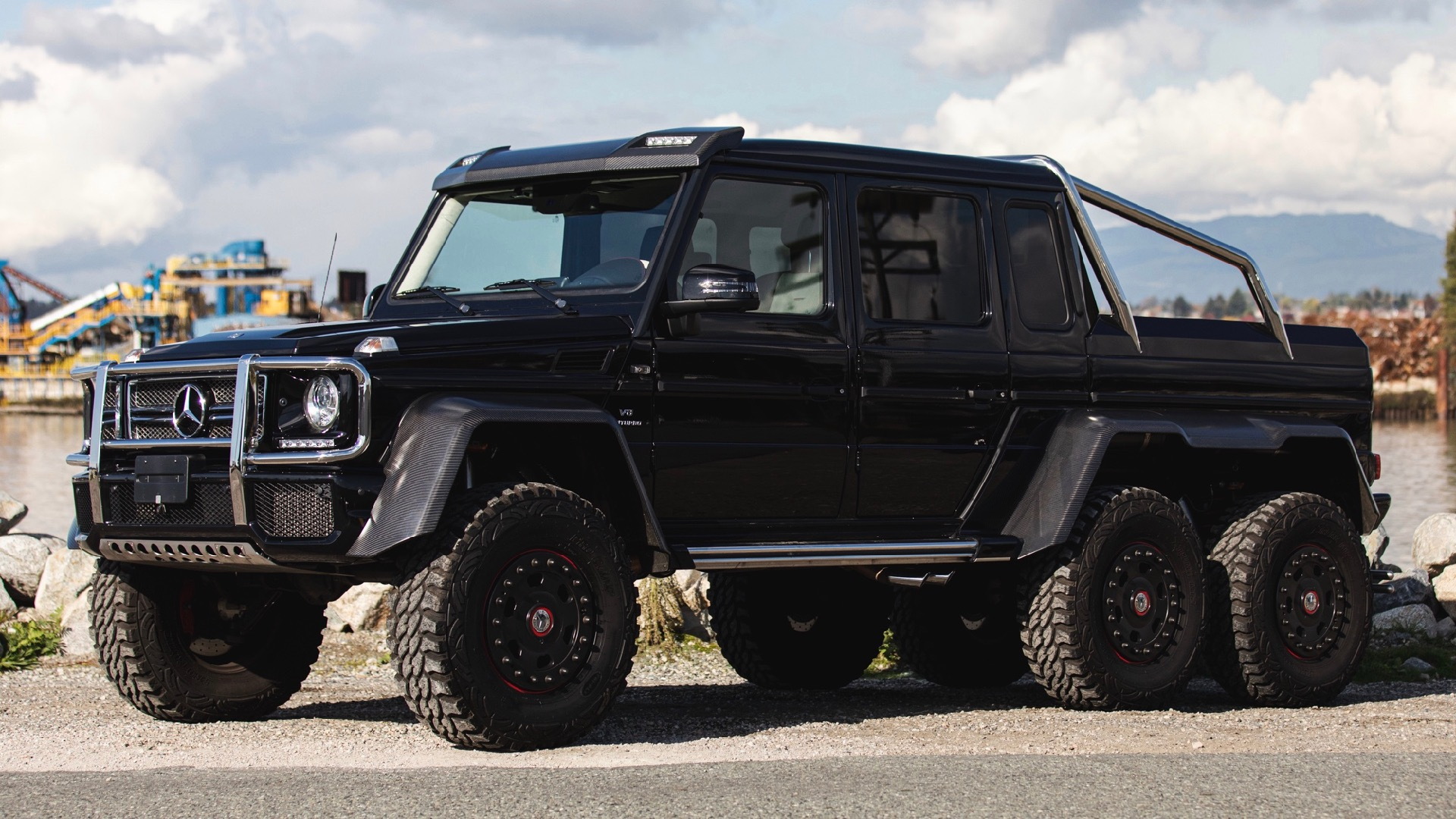 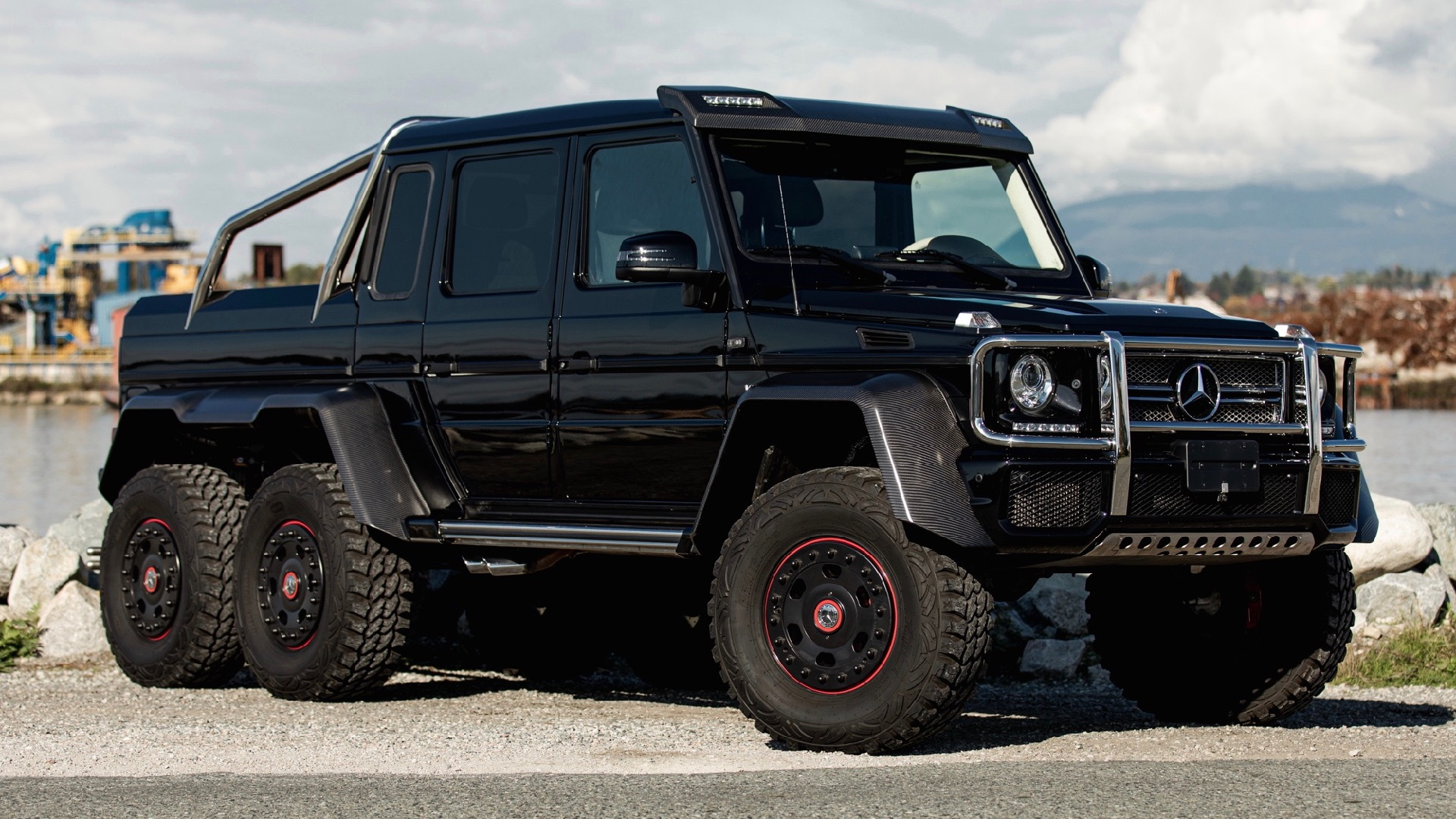 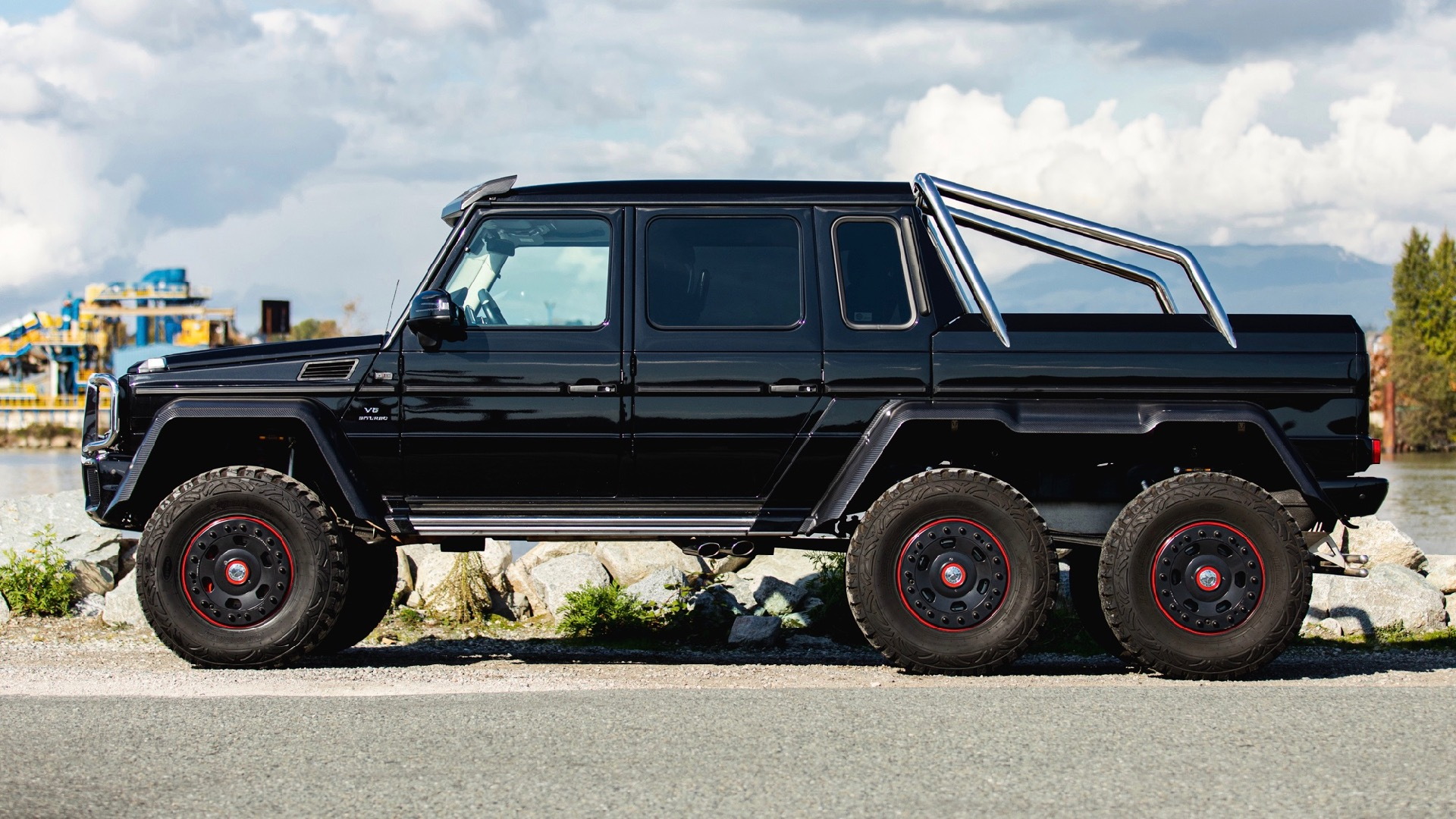 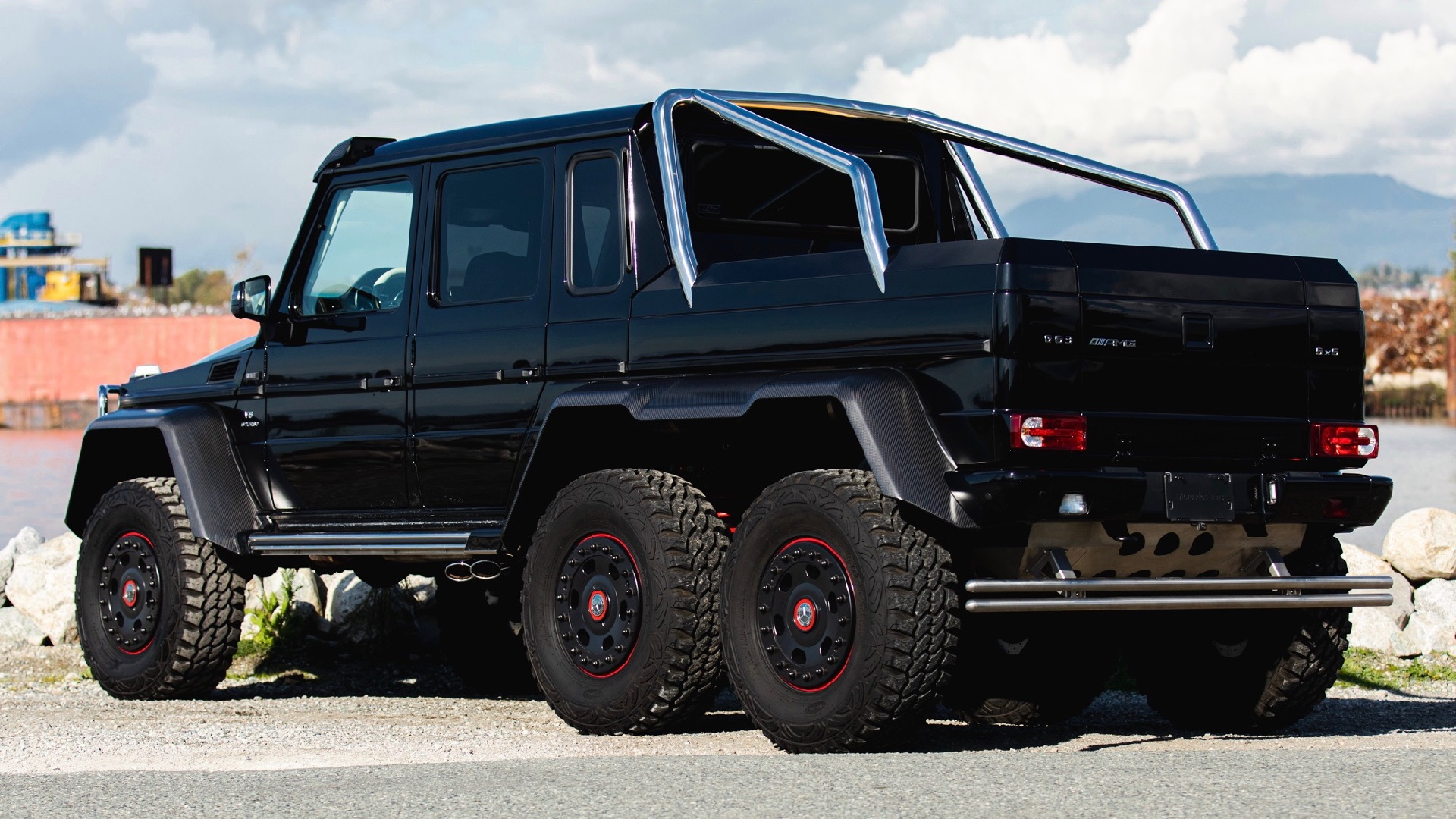 It's hard to believe the 2014 Mercedes-Benz G63 AMG 6x6 was designed by a major automaker. As if an AMG performance version of the G-Class off-roader wasn't extreme enough, Mercedes decided to add an extra set of wheels. One of these rare beasts is now for sale on Bring a Trailer (via Road & Track).

Like the standard, four-wheeled, G-Class, the 6x6 started out as a military vehicle. It was originally developed for the Australian military in 2011.

While the military version was based on the utilitarian G320 CDI diesel model, the civilian version was only available in G63 AMG trim. That meant a twin-turbocharged 5.5-liter V-8 producing 544 horsepower and 560 pound-feet of torque.

Power was sent to all six wheels through a 7-speed automatic transmission, and five differential locks allowed for 100% lockup on all axles. The G63 AMG 6x6 rode on 37-inch tires with a central tire-pressure system, and portal axles that gave it 18.1 inches of ground clearance. Some of the hardware—including the portal axles—was later used on the four-wheeled G550 4x4 Squared.

Mercedes built around 100 units of the 6x6, which quickly sold out. The one shown here was imported to the U.S. under the "show and display" exemption (supporting documentation is included) in September 2019. That exemption only allows for limited on-road use of up to 2,500 miles per year, according to the listing.

Bidding was up to $567,000 at the time of publication, which isn't too far above the original sticker price. Keep in mind that these vehicles have been listed for between $975,000 and $1.6 million on the second-hand market.