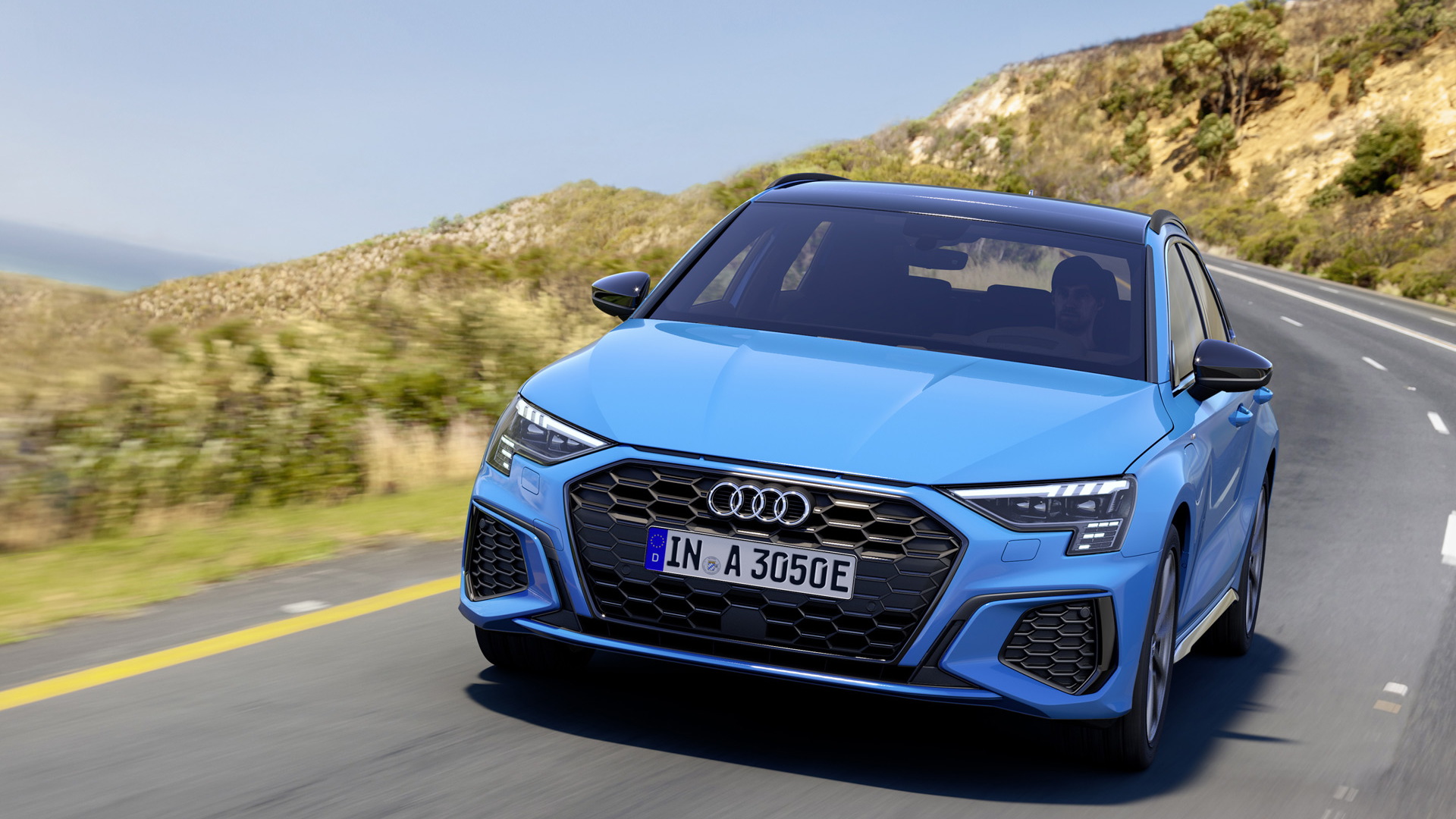 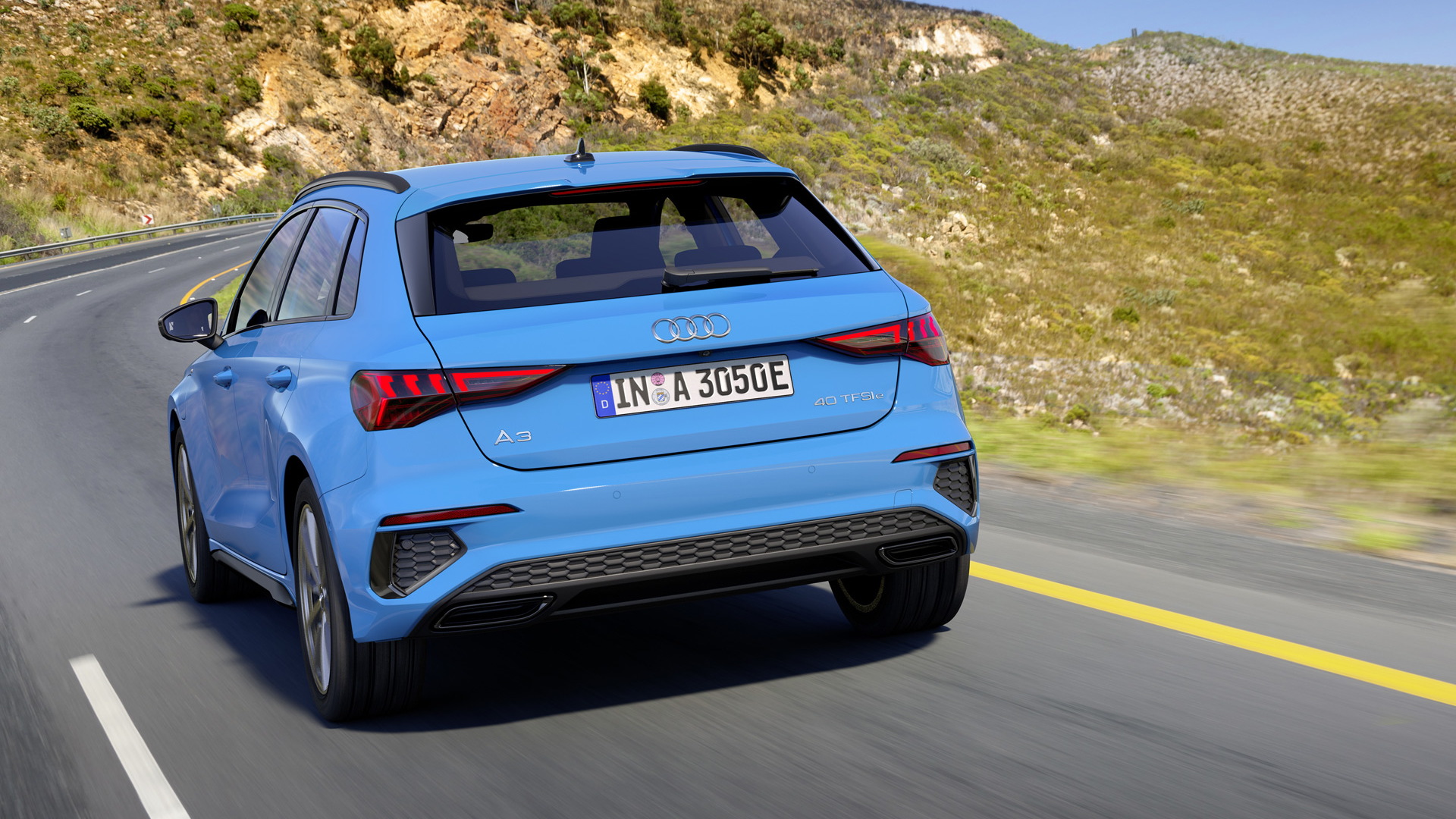 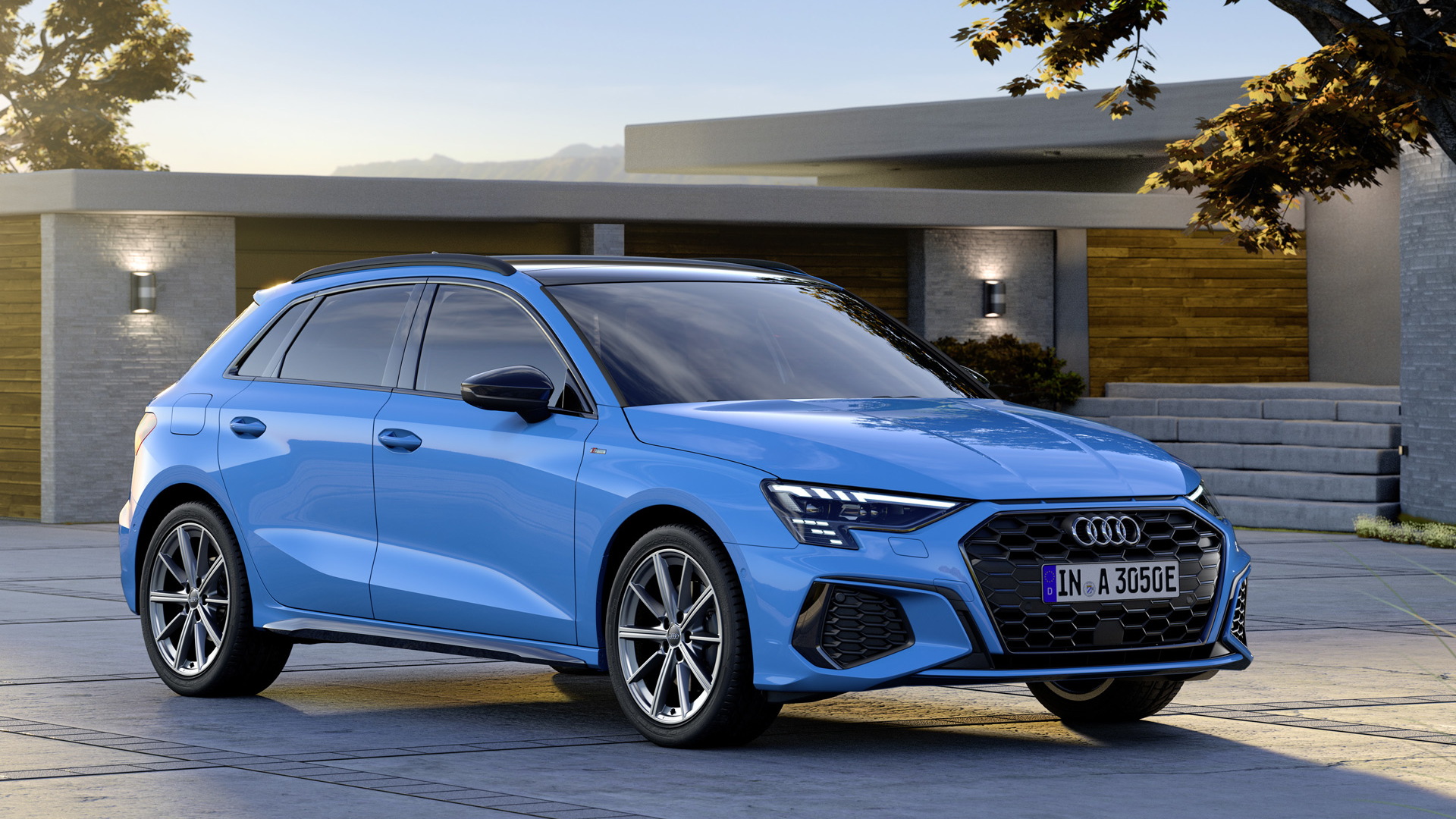 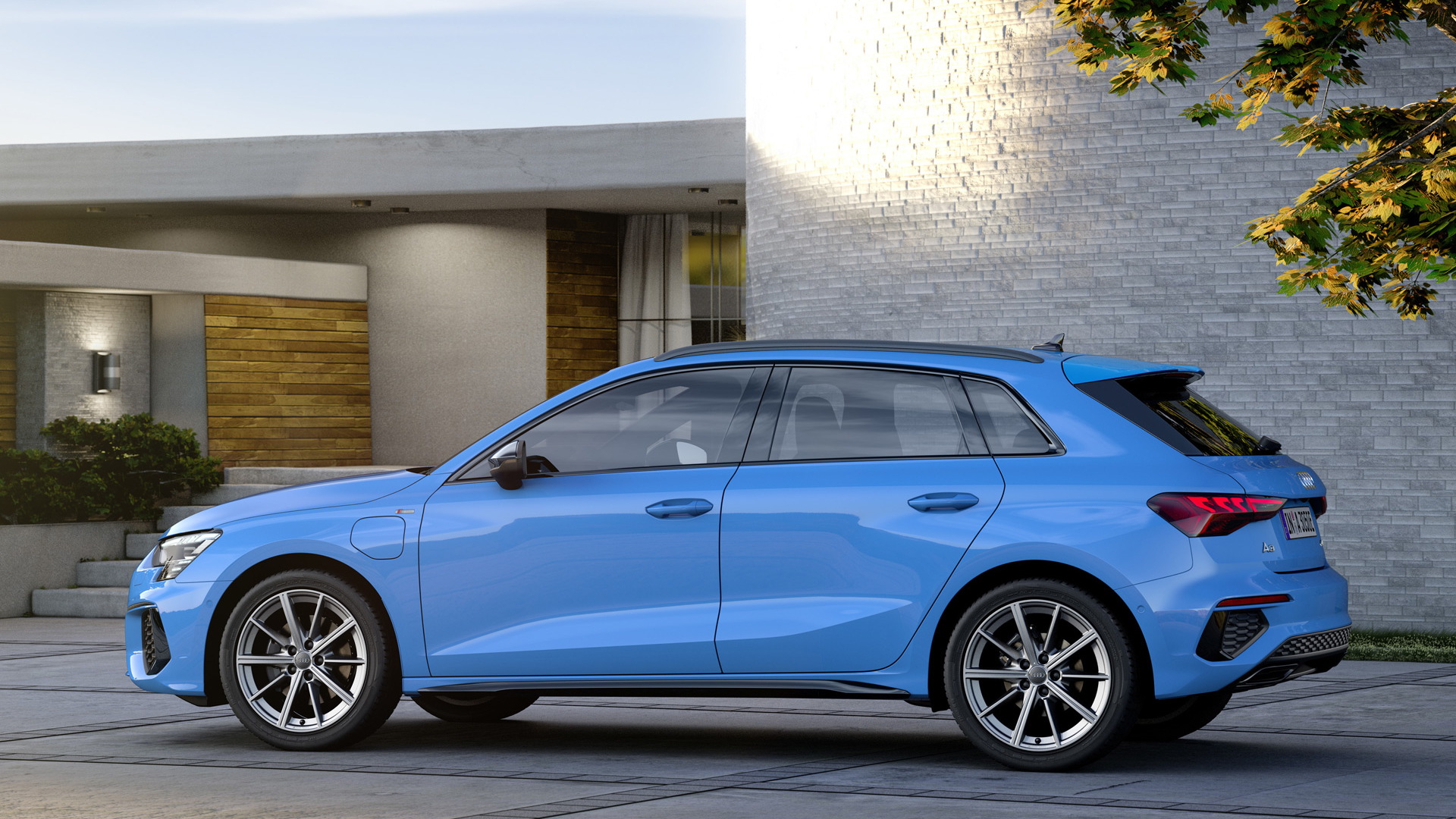 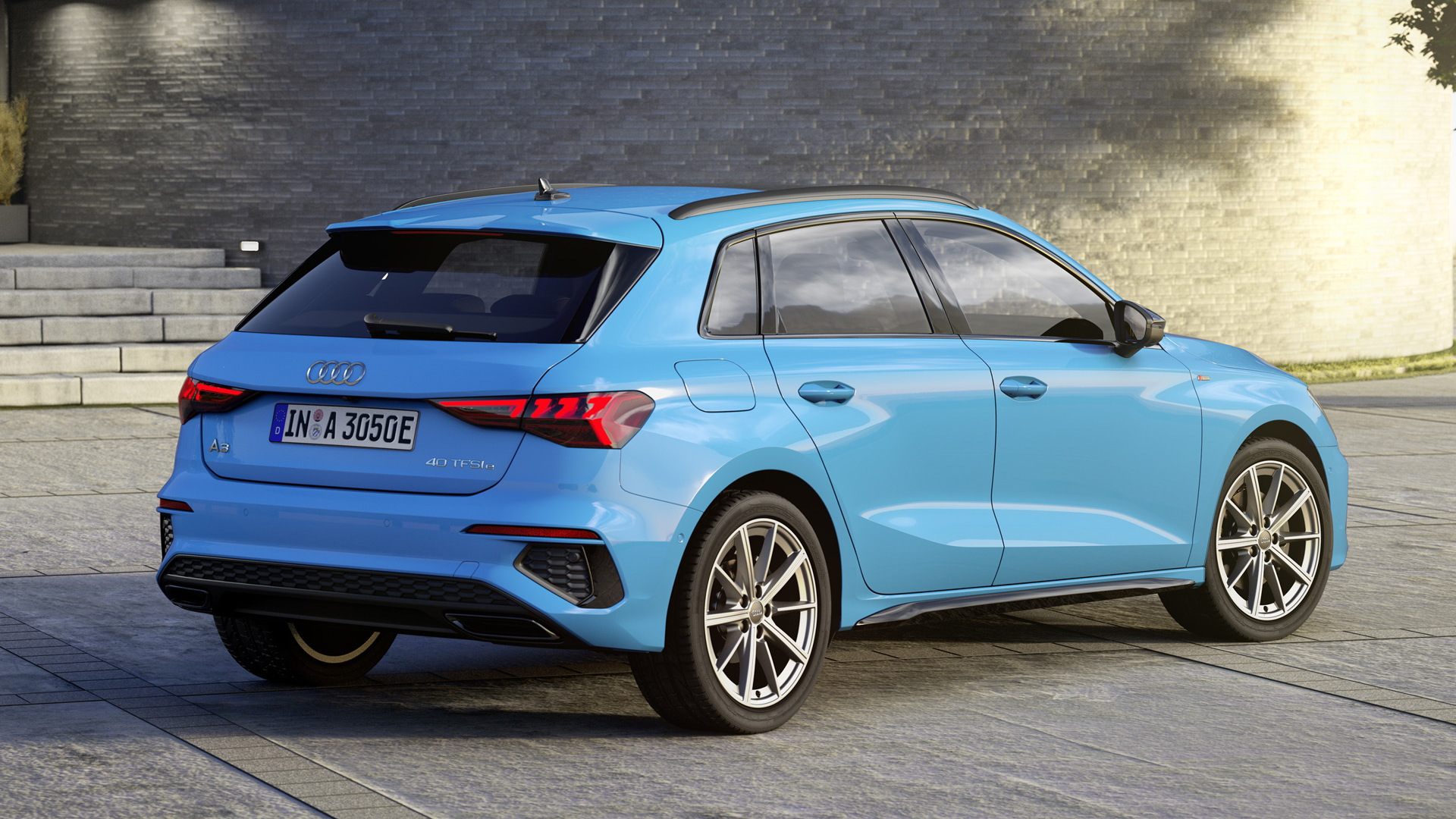 The new compact is already on sale overseas though, and it's just spawned a plug-in hybrid option.

The electrified option is classified as a 40 TFSI e, and right now it's only been announced for the A3 Sportback body style which we might not see in the United States. It's still possible the option will be offered in the A3 sedan, however.

The powertrain of the A3 Sportback 40 TFSI e combines a 1.4-liter turbocharged inline-4 with an electric motor integrated in the housing of a 6-speed dual-clutch transmission. The system develops a peak 201 horsepower and 258 pound-feet of torque and sends drive to the front wheels only. Audi quotes a 0-62 mph time of 7.6 seconds and a top speed of 141 mph.

The previous-generation A3 Sportback E-Tron featured an 8.8-kilowatt-hour battery that was EPA rated for 16 miles of electric range. The new A3 Sportback 40 TFSI e ups the battery size to 13 kwh, which should result in more range. On the more lenient WLTP cycle used outside the U.S., the plug-in hybrid hatch is rated at 41.6 electric miles. The previous A3 Sportback E-Tron on the same cycle rated about 30 miles.

Standard features on the A3 Sportback 40 TFSI e include 16-inch wheels, LED headlights, a leather steering wheel, and a 10.1-inch touchscreen display. The full 12.3-inch digital instrument cluster is available.

Sales of the A3 Sportback 40 TFSI e outside the U.S. starts this fall. Local Audi fans looking for a plug-in hybrid currently have options in the Q5, A7 Sportback and A8 lines.

As for the regular A3, it will arrive late next year in sedan guise only and with a 2.0-liter turbocharged inline-4 mated to a mild-hybrid system and 7-speed dual-clutch transmission. Peak output is expected to be slightly above 200 hp. A 306-hp Audi S3 sedan with a similar powertrain setup has also been confirmed, and an RS 3 sedan with around 400 hp generated by a 2.5-liter turbocharged inline-5 is also likely coming.