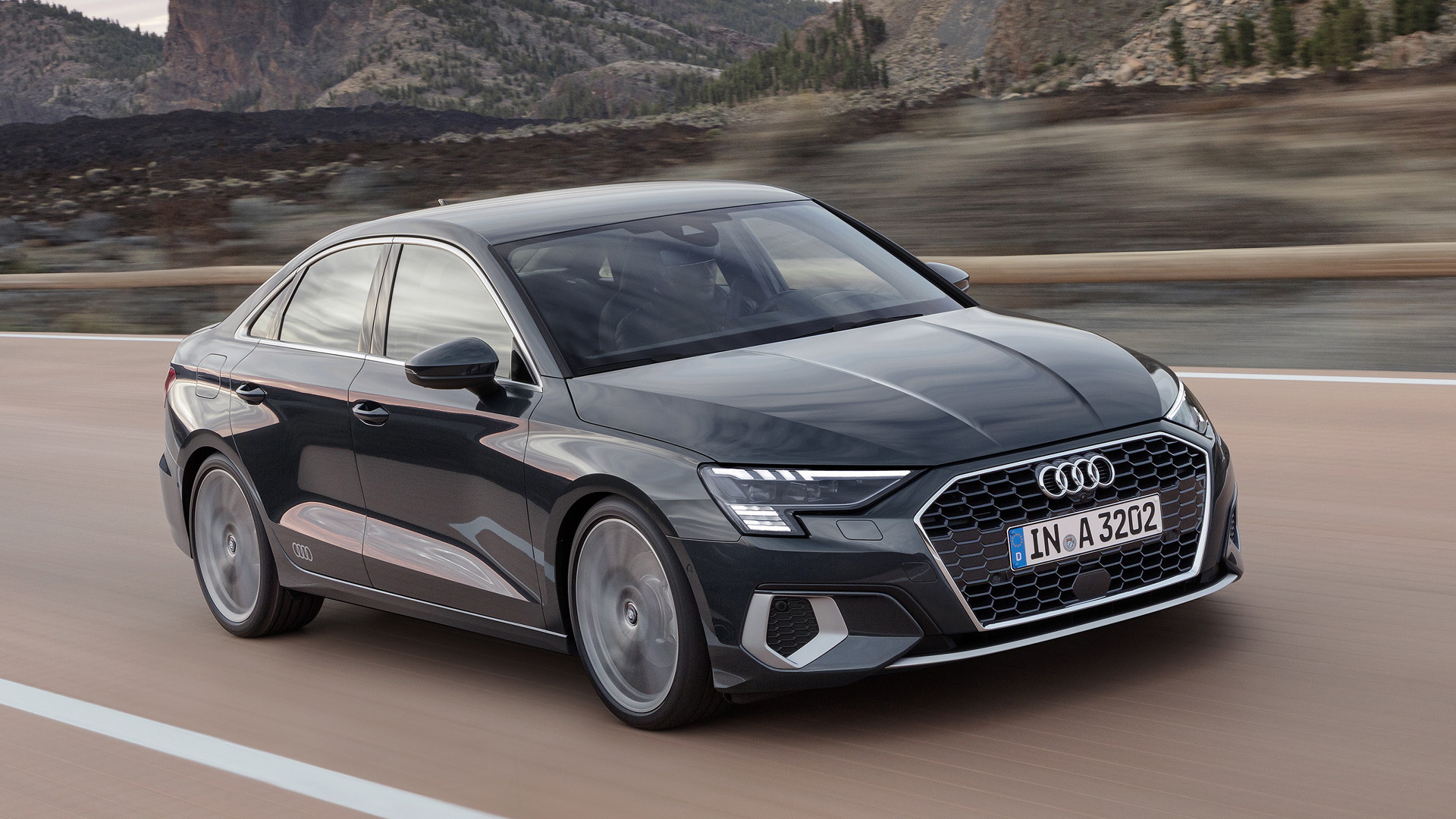 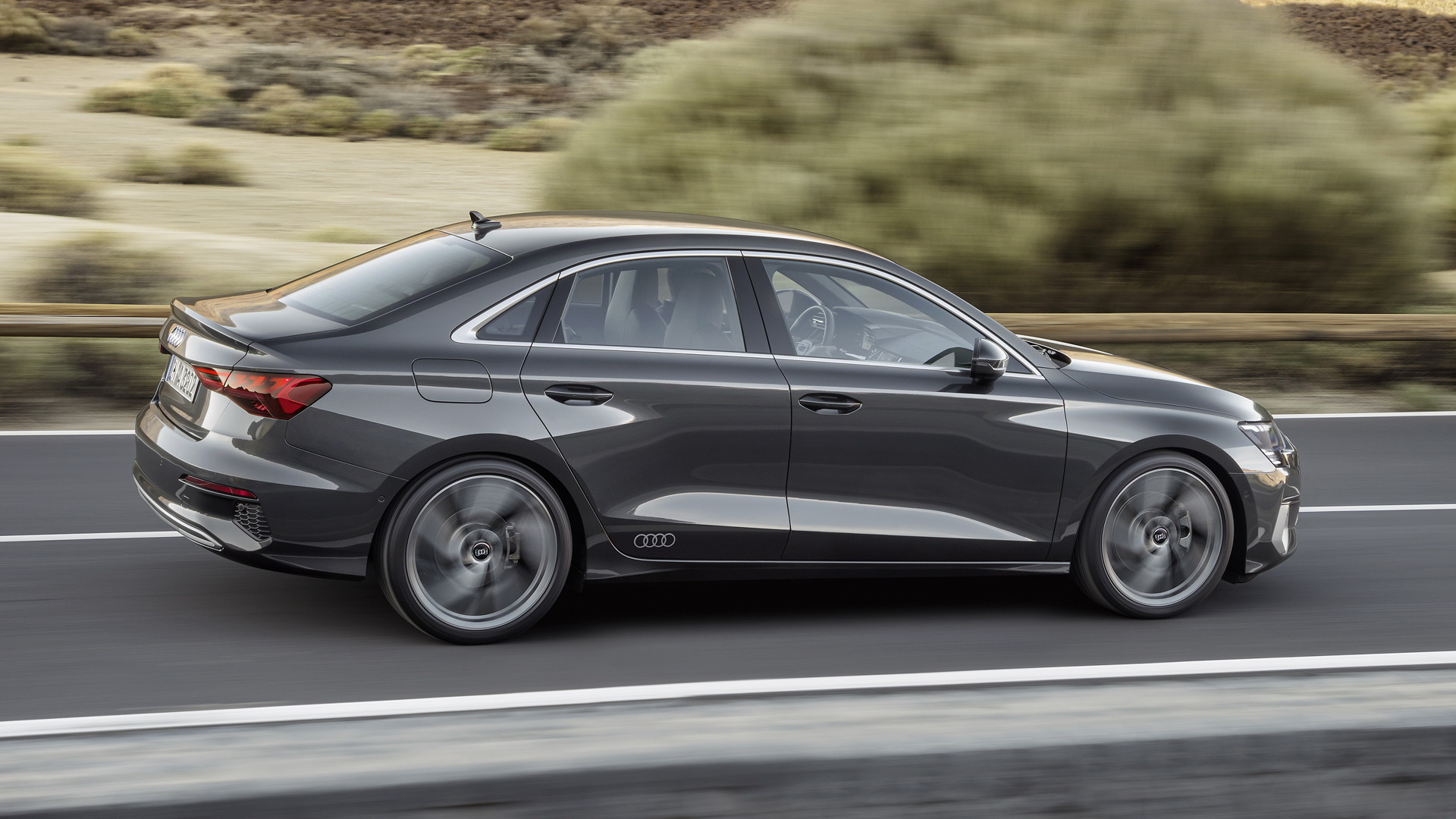 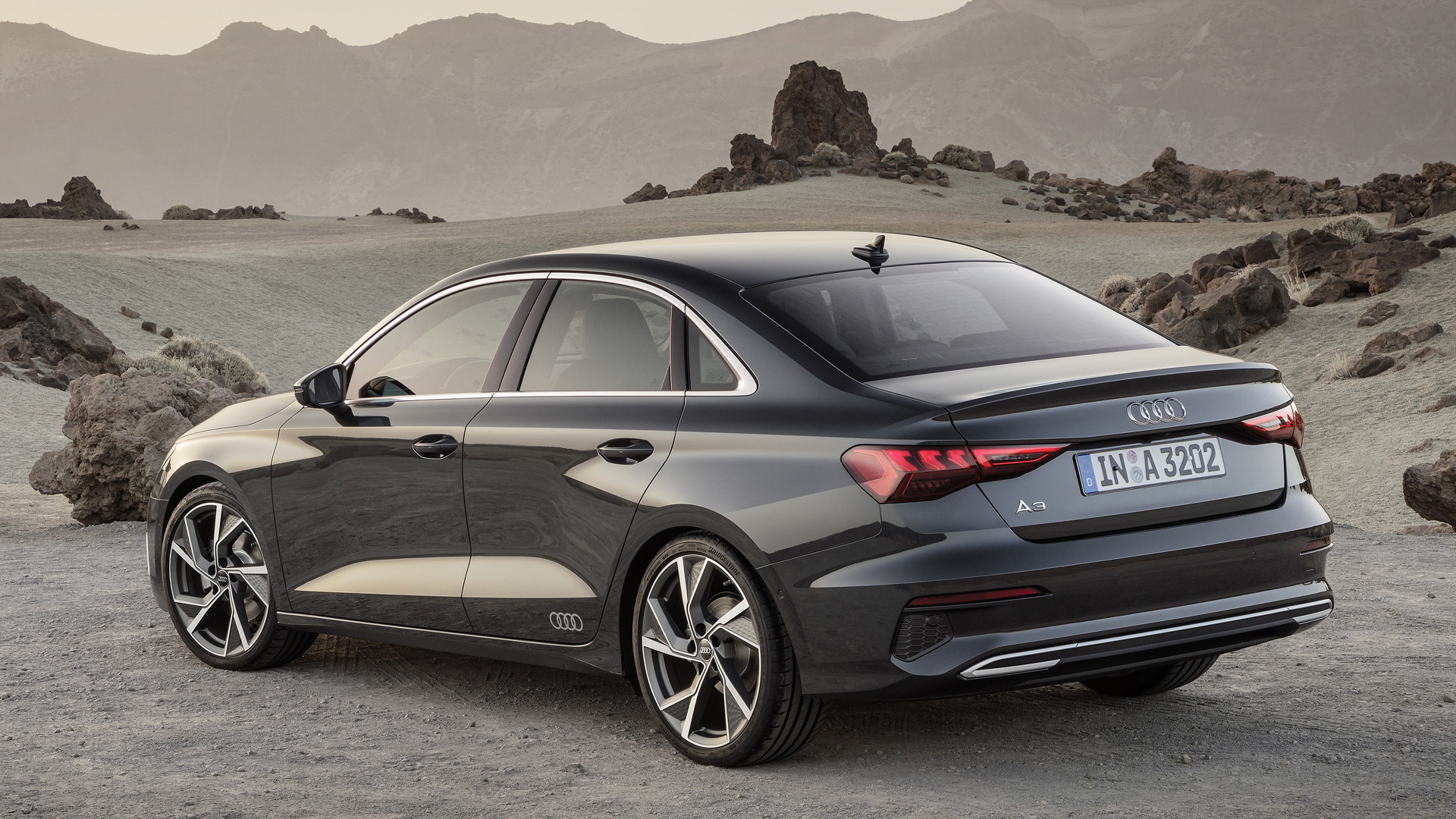 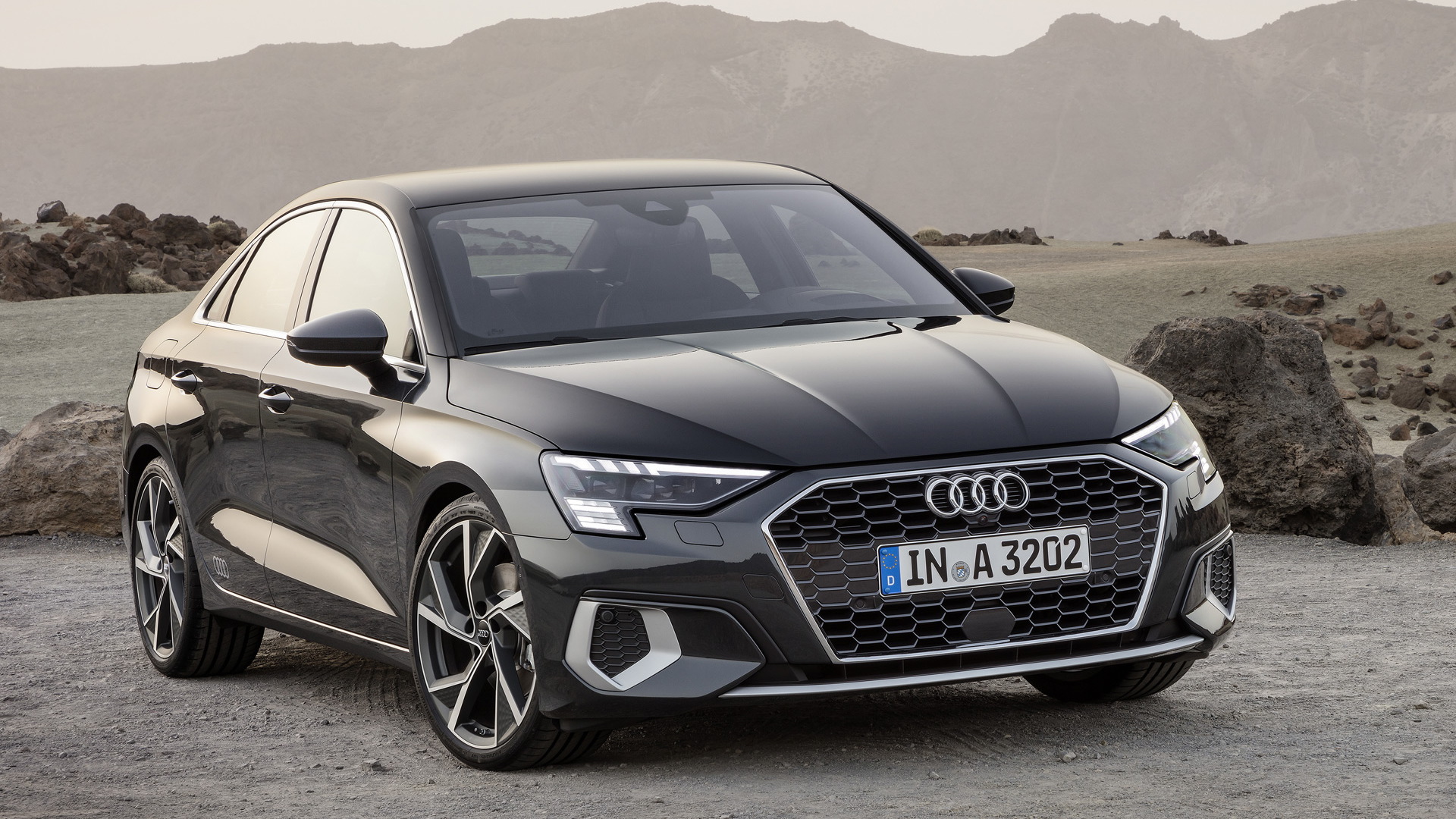 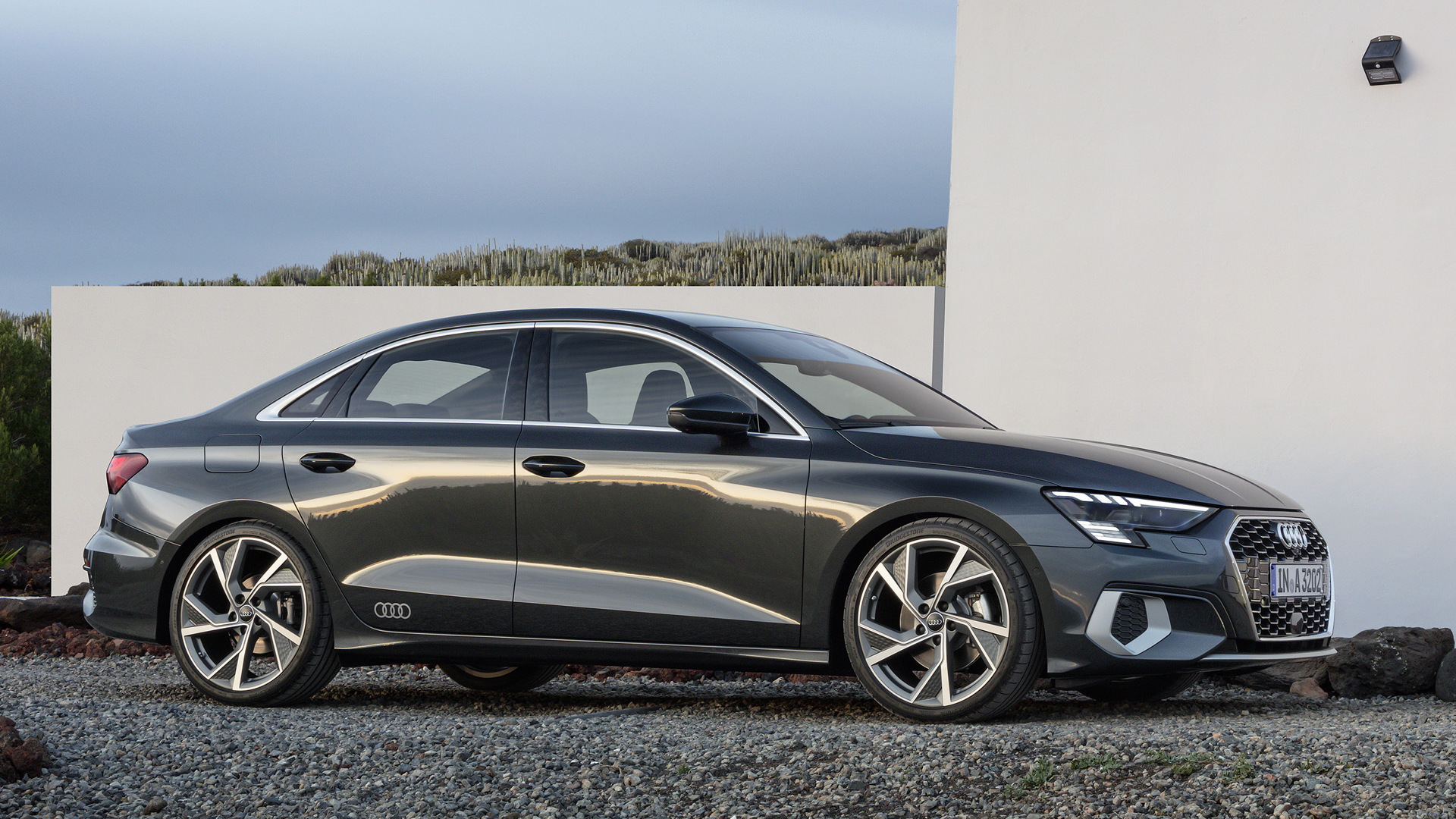 After showing the world a redesigned A3 Sportback in March, Audi has since followed up with the redesigned version of the A3 sedan—and we now have preliminary details for the United States.

We'll see the new A3 reach dealerships late next year as a 2022 model. Don't count on the A3 Sportback joining it. We're also unlikely to see a repeat of the previous A3 Cabriolet.

The new A3 is based on an updated version of Volkswagen Group's MQB modular platform, the earlier version of which features in the outgoing A3 and numerous other VW Group models. The updated platform debuted last October in the redesigned Volkswagen Golf and introduces new systems for the all-wheel drive, suspension damping, and speed-sensitive steering of the A3.

For the styling, the new A3 follows a similar formula to the current model but looks a lot more polished overall. The grille has been enlarged slightly and the headlights feature a more pronounced teardrop element. There also appears to be more sculpting to the body which incidentally has grown slightly. At 14.8 feet in length, the new A3 is 1.6 inches longer than its predecessor though the wheelbase is unchanged.

Inside, there is a digital instrument cluster, a large touchscreen for the infotainment system that can recognize letters entered by hand and responds to natural-speak instructions, and a color head-up display. Electronic driver-assist features include adaptive cruise control, collision warning, a surround-view camera, and an efficiency assist that, using navigation data, tells the driver the ideal time to lift off the accelerator.

Previously, the A3's only true rivals were the Acura ILX and Mercedes-Benz CLA but in recent years we've seen the arrival of new alternatives like the BMW 2-Series Gran Coupe, Cadillac CT4, and Mercedes A-Class.

For more on the Audi A3, read the in-depth reviews at The Car Connection.