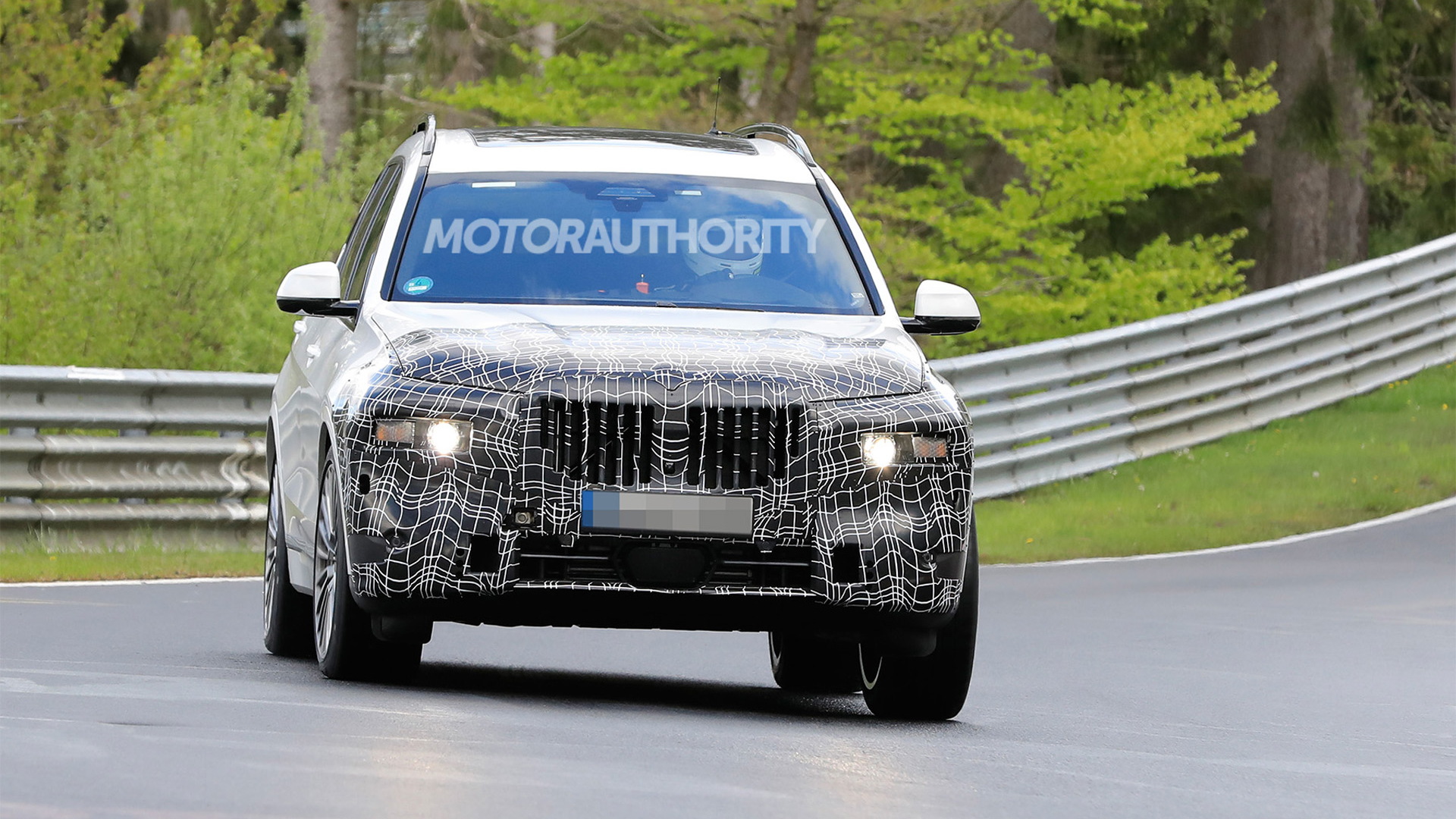 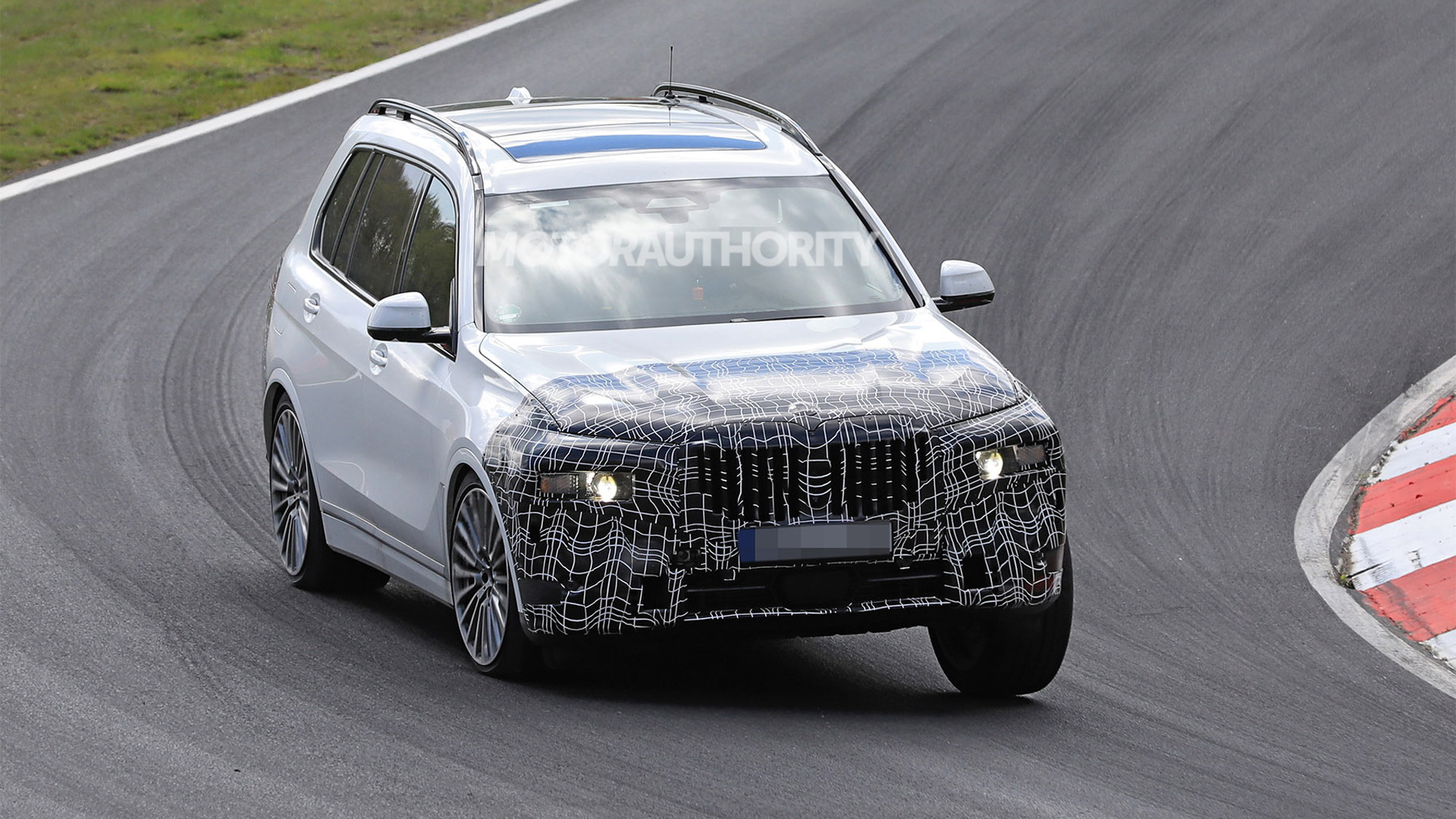 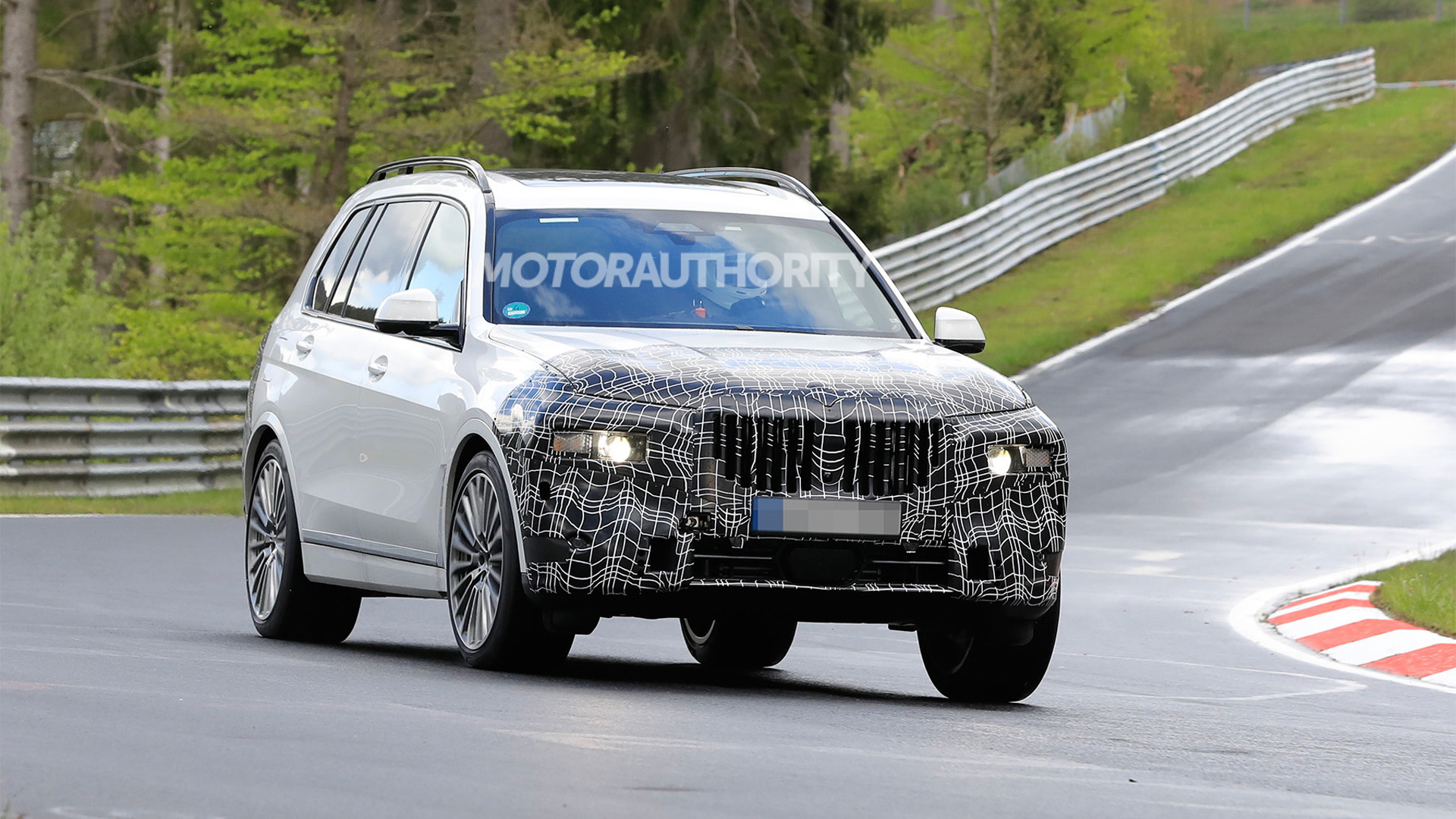 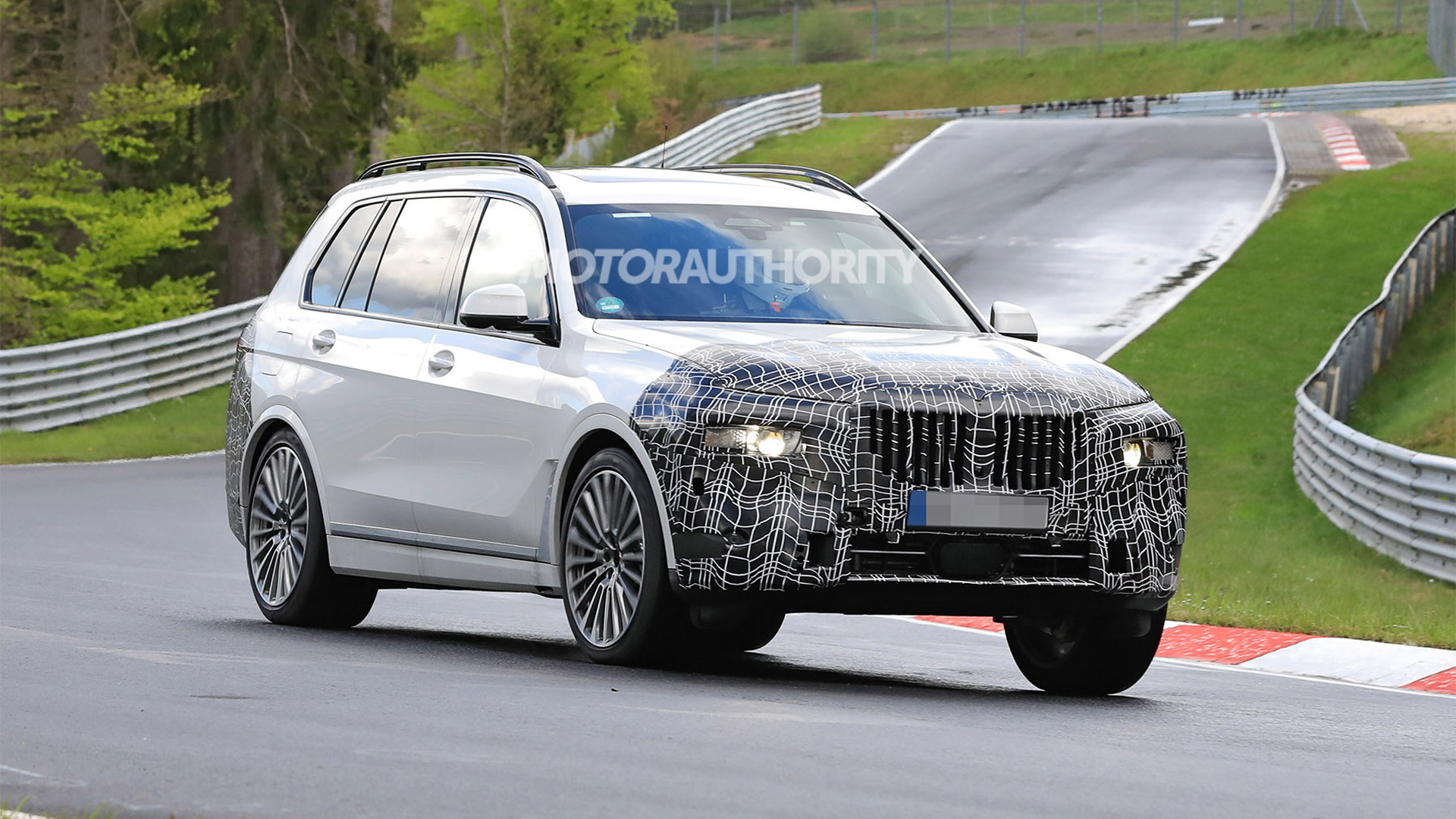 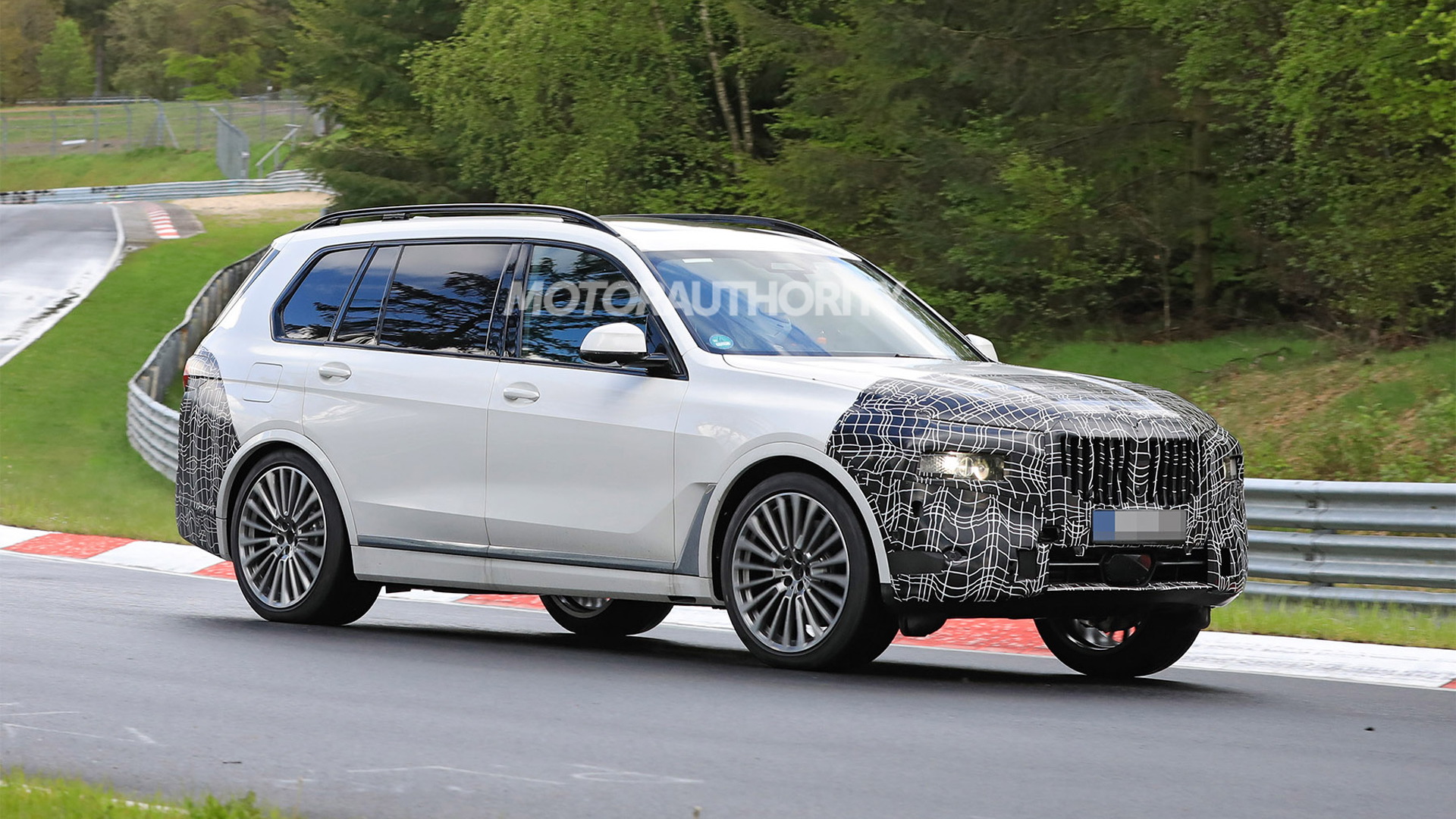 The BMW X7 seems like it's only just arrived but a major facelift is already on the way for the flagship SUV, as evidenced by the recent sighting of a camouflaged prototype.

The facelift will serve as a mid-cycle refresh, which in BMW tradition we should see introduced in 2022 as a 2023 model.

That's also when BMW will introduce its next-generation 7-Series (shown above in prototype form), and the facelift for the X7 will help align the SUV's styling with the more radical look pegged for the next 7-Series. Yes, BMW is finally shaking up its styling, under the guidance of Domagoj Dukec who took up the design reins at the BMW brand in 2017. The first BMW fully influenced by the Bugatti Veyron designer is the latest 4-Series.

The face of the X7 will be completely revised, with new headlights and a new grille both in the cards. The headlights will be positioned lower, which should result in a more sinister, brooding look, while the conjoined kidneys of the grille on the current X7 may be split with this facelift.

The changes at the rear are likely to be less dramatic and will likely consist of a new lower fascia and possibly some tweaks to the internals of the lights.

It's possible the interior is also updated with the technology designed for the next 7-Series which we hear will also mark a major step up in luxury compared to the current generation.

It isn't clear what BMW has planned for the powertrains. The X7 currently offers inline-6 and V-8 options, including a high-performance V-8 in an Alpina model. A plug-in hybrid option is likely, but the jury is still out on whether a battery-electric X7 is planned. The vehicle's CLAR platform is capable of supporting electric powertrains and we know one is destined for the next 7-Series.

Production of the X7 is handled at exclusively at BMW's plant in Spartanburg, South Carolina, and this will also be the case for the updated version. A new X8 crossover closely related to the X7 is also coming and should be built at the same plant.