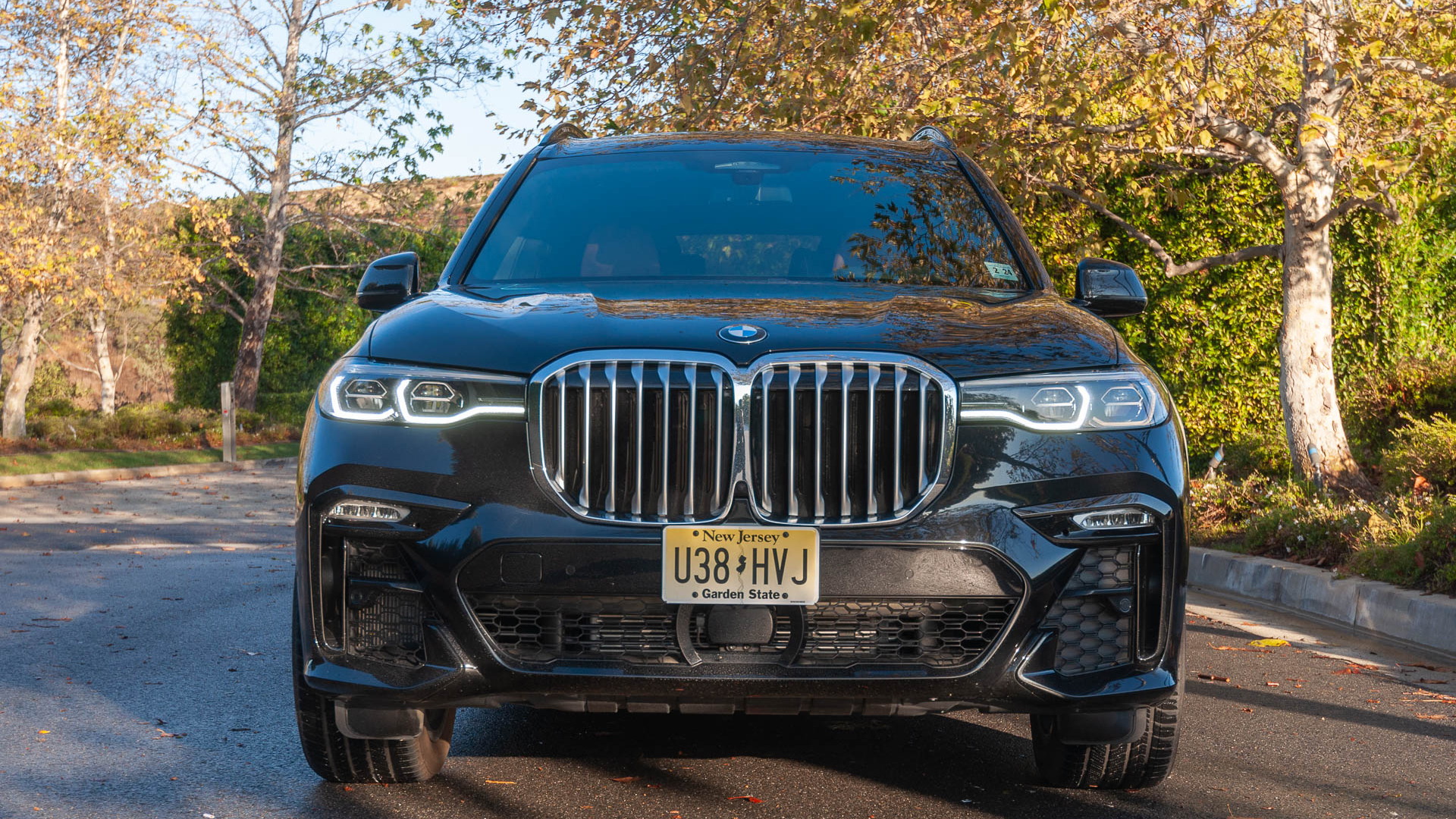 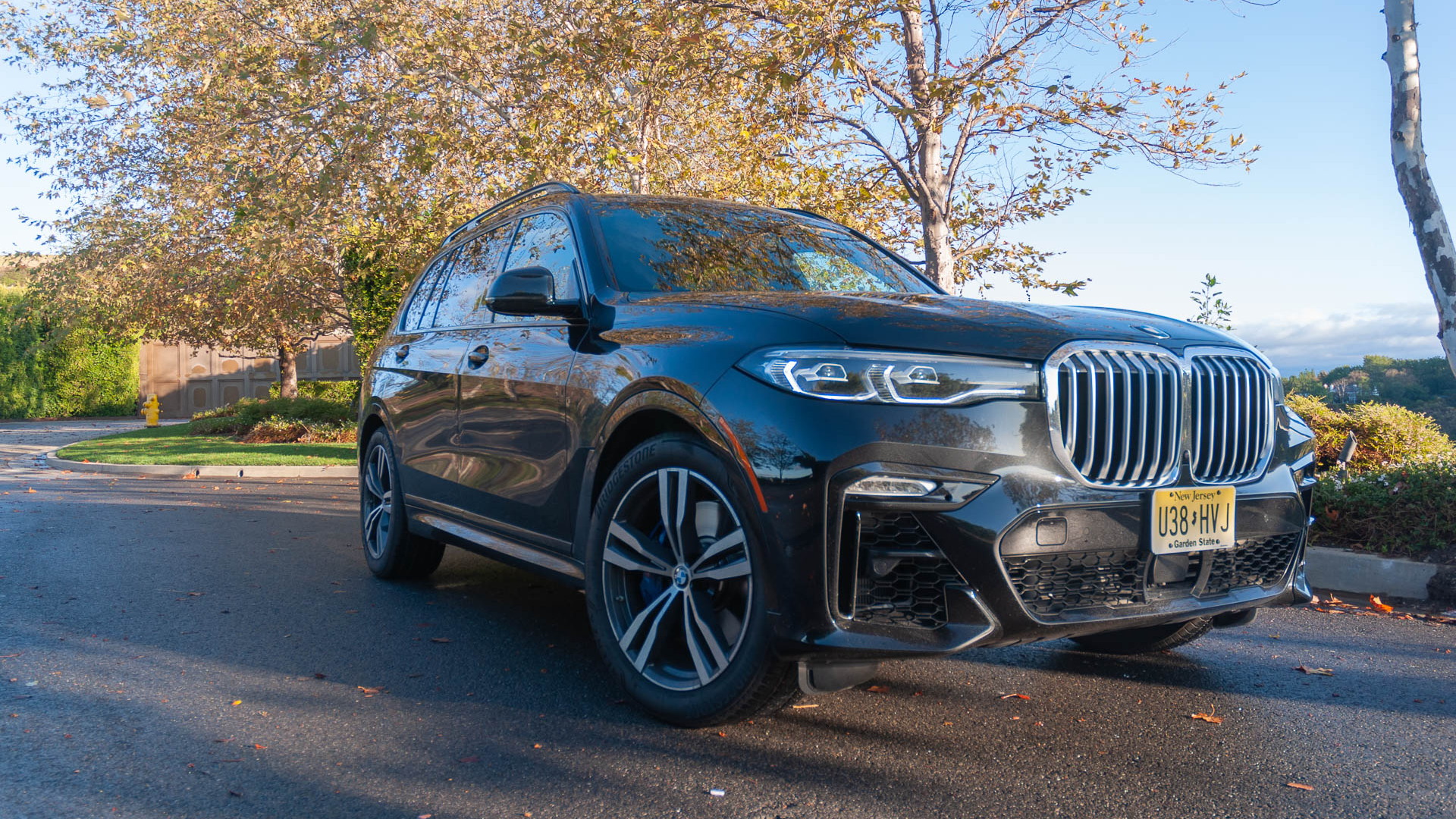 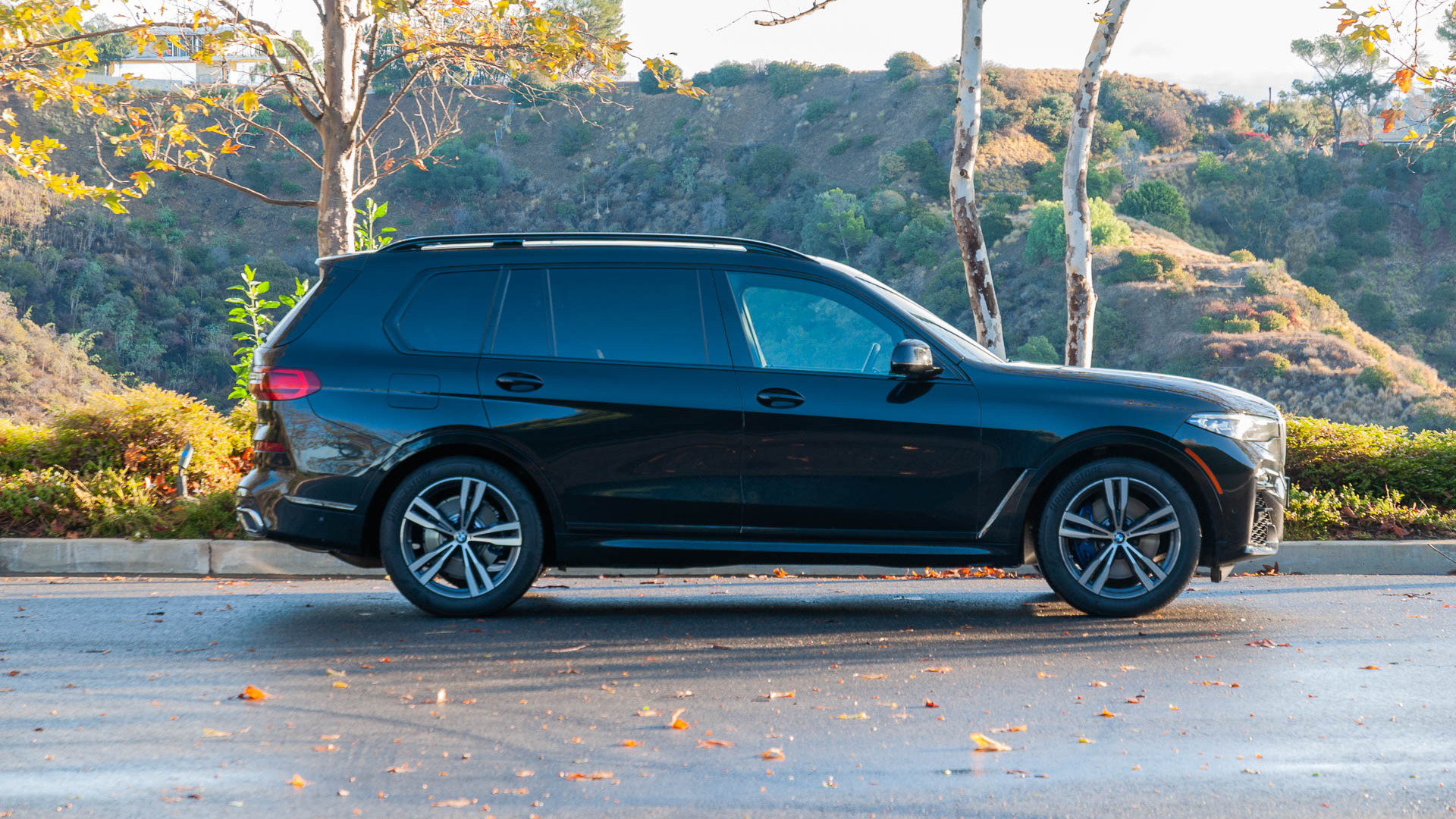 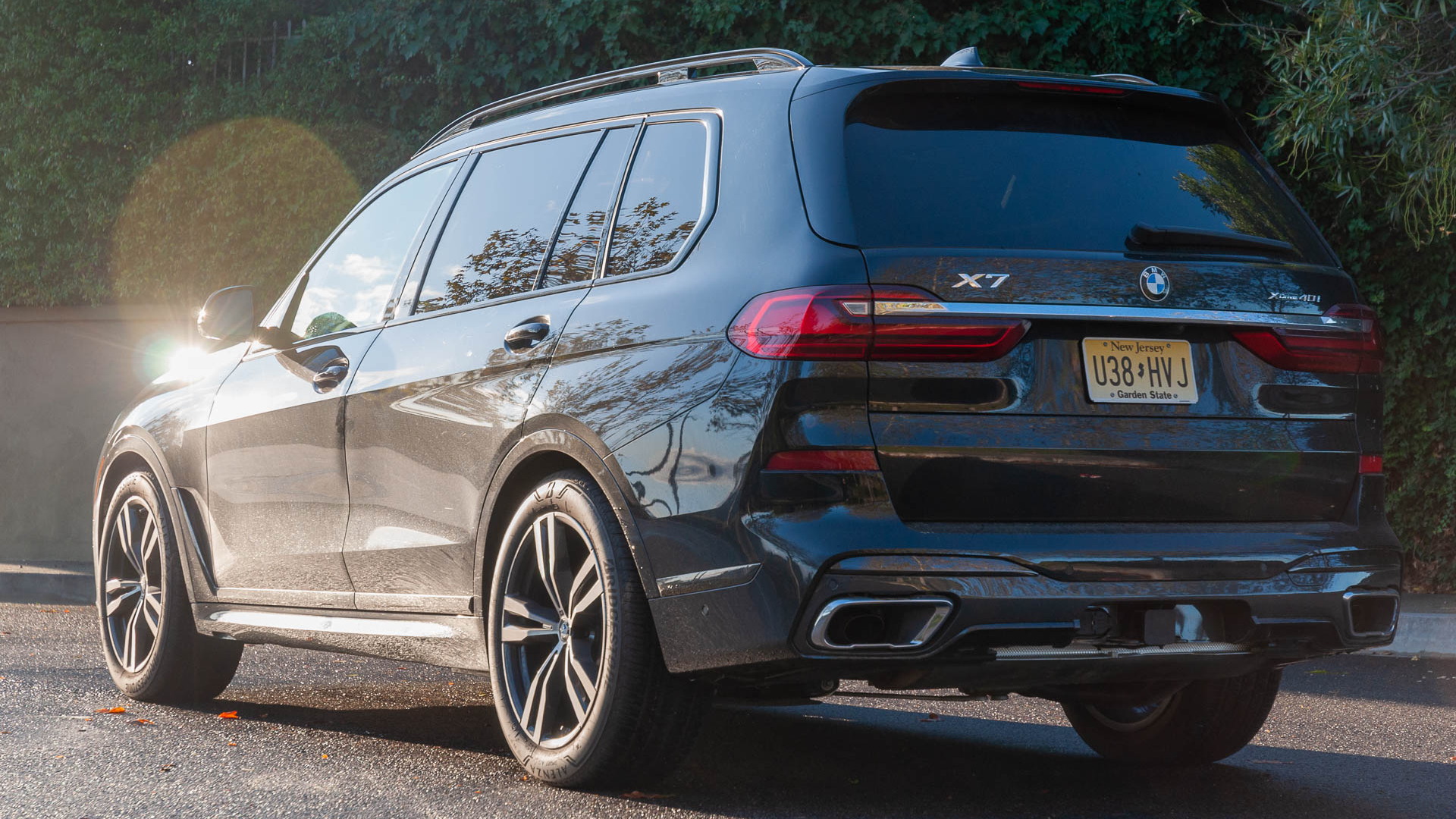 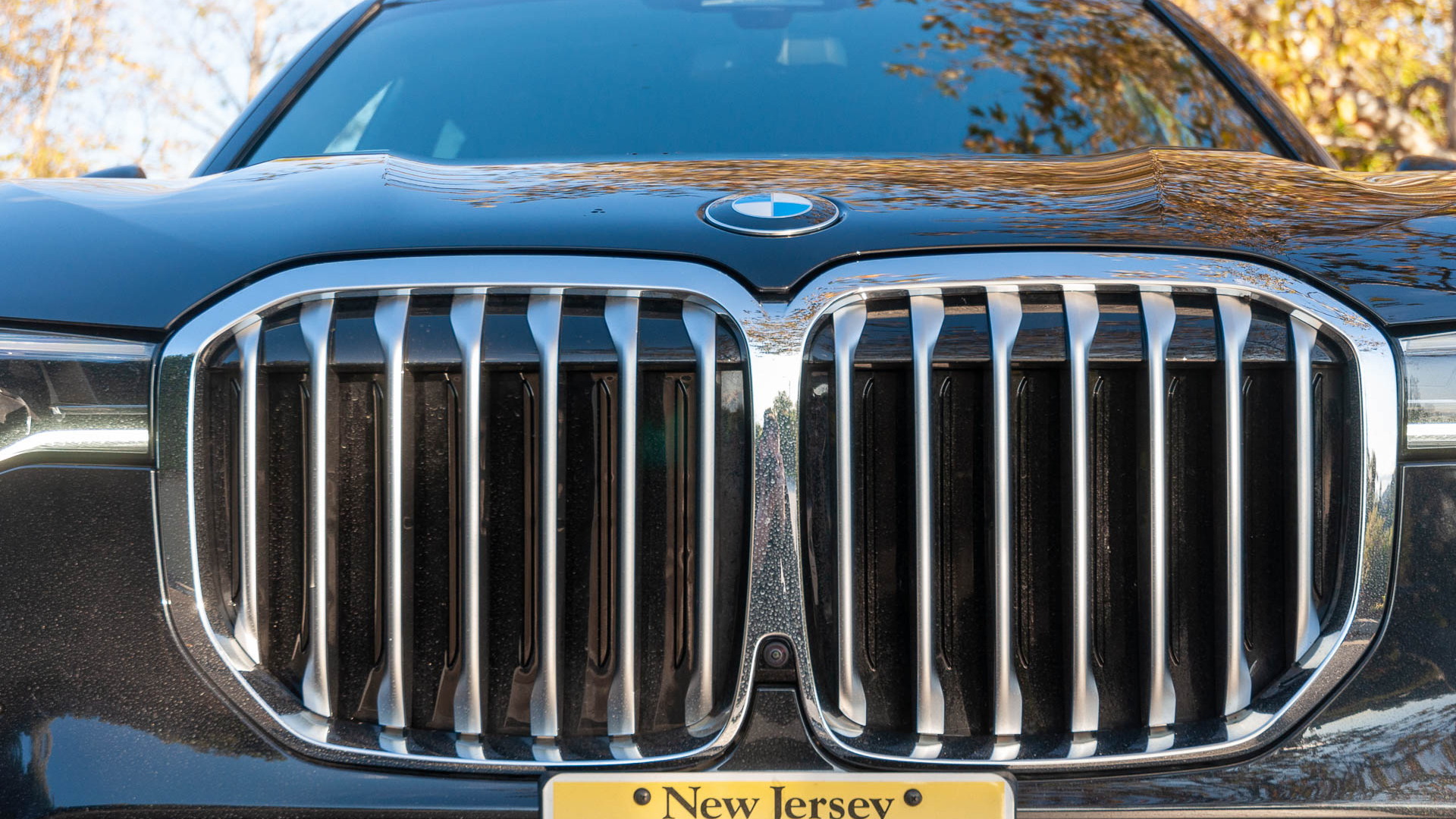 Life happens. One day you’re a successful businessperson or movie star driving a 7-Series to dinner. Then there’s a significant other, two kids, and private school. What happened? What happens next?

BMW’s answer: the three-row X7 crossover SUV. With the luxury of the flagship 7-Series and even more space, six or eight turbocharged cylinders, and the showy details to captivate valets everywhere, there’s no real question as to why the 2019 BMW X7 now exists for growing families.

We know the BMW X7 is every bit the luxury SUV the Range Rover is, but what’s it like to live with it on a daily basis with two kids and the rest of the family?

I recently spent a long holiday week putting the 2019 BMW X7 to the family test. Priced from $74,895, and $92,895 as tested, my 2019 X7 was nicely equipped with options ranging from the $4,350 M Sport Package and $3,000 premium package to the $3,850 dynamic handling package. Far from loaded, it lacked cooled front seats and niceties such as BMW’s fancy laser headlights, but it fit right in on the roads around Santa Monica in Los Angeles. Here’s what hit—and here’s what missed.

The X7’s taillights, headlights, and even its grille are all distinctly related to those of the refreshed 2020 7-Series sedan. It might not be the popular opinion, but I like it. It has presence. Inside the 7-Series’ interior forward of the B-pillars has been grafted over to the X7 with the same digital 12.3-gauge cluster, 12.3-inch touchscreen infotainment system, and all the same hard controls (including the layout) are here. Current BMW owners will feel right at home in the X7.

My X7 was powered by the single-turbo 3.0-liter inline-6 with 335 horsepower and 330 pound-feet of torque, delivered to all four wheels via a slick 8-speed automatic transmission. BMW says this setup can propel the X7 from 0 to 60 mph in 5.8 seconds, and while I’m sure it does, at about 5,550 pounds the X7 doesn’t feel that quick. It doesn’t feel underpowered—the power is simply adequate with silky-smooth delivery—but the sheer mass of the X7 is ever present. The twin-turbo 4.4-liter V-8 with its 456 hp and 479 lb-ft of torque drops the 0-60 mph sprint to 5.2 seconds, and it’s the engine that probably feels as quick as it is. It’s also nearly $25,000 more. Tough decisions.

With a wheelbase that’s 5.7 inches longer than the X5 (122.2 inches total) the X7 is a few inches longer in wheelbase than the Q7. That makes the third-row seat accommodating, even for adults. The second-row can slide fore or aft 5.7 inches for occupants to horse trade for legroom, but even a 6-foot adult can slip into the third row.

The second-row seats are motorized, and with the touch of a lever they slide and tilt forward for third-row access. The electric motors are slow, and it can be a painful process if it’s cold, wet, or someone has ants in their pants. Worse is the placement of the car seat top-tether mount point, which is on the floor behind the second row. This makes it not only hard (or next to impossible) to slide the second-row forward once the car seats are strapped in, but third-row occupants need to watch their feet and can trip while getting in or out of the third row. The fold-flat third row does it better with the top-tether connections on the top of the seat back like most other crossover SUVs.

Remember when iDrive debuted in the early 2000s and it could only be described as a convoluted nightmare? BMW’s infotainment system has come a long way. With hard buttons to get specific functions, hard buttons for climate control and volume (along with radio presets), and a touchscreen, the system now offers an input for everyone. There’s also wireless Apple CarPlay and charging. This setup is exactly how Apple CarPlay should work—when it works. The system locked up on me once during the week and required the entire vehicle to be shut down to reset the system. A few other times the system was slow to boot up and connect to my phone. Pairing can be a nightmare. At least BMW now promises it won’t charge extra for the privilege of using your own phone and CarPlay.

Miss: The one you want is expensive

While the X7 costs $74,895, that base model will be rare. My X7 had an as-tested price of $92,895, and while it was well-equipped, it lacked cooled seats, which can be found in a Kia Soul. Bottom line: Like other BMWs, the model you want will be loaded with expensive options.

It seems odd to highlight the fact that a $92,895 vehicle feels as if it’s actually worth the money, but in an era where every automaker seems to think shiny piano-black trim and cheap silver plastic equals luxury, it’s worth a mention. The interior of the X7 is filled with leather, soft plastics, real wood, matte plastic (black and silver), a smidge of piano-black plastic, and real metal. Everything one sees and or touches feels high quality. The buttons and knobs provide a satisfying click when called into action.