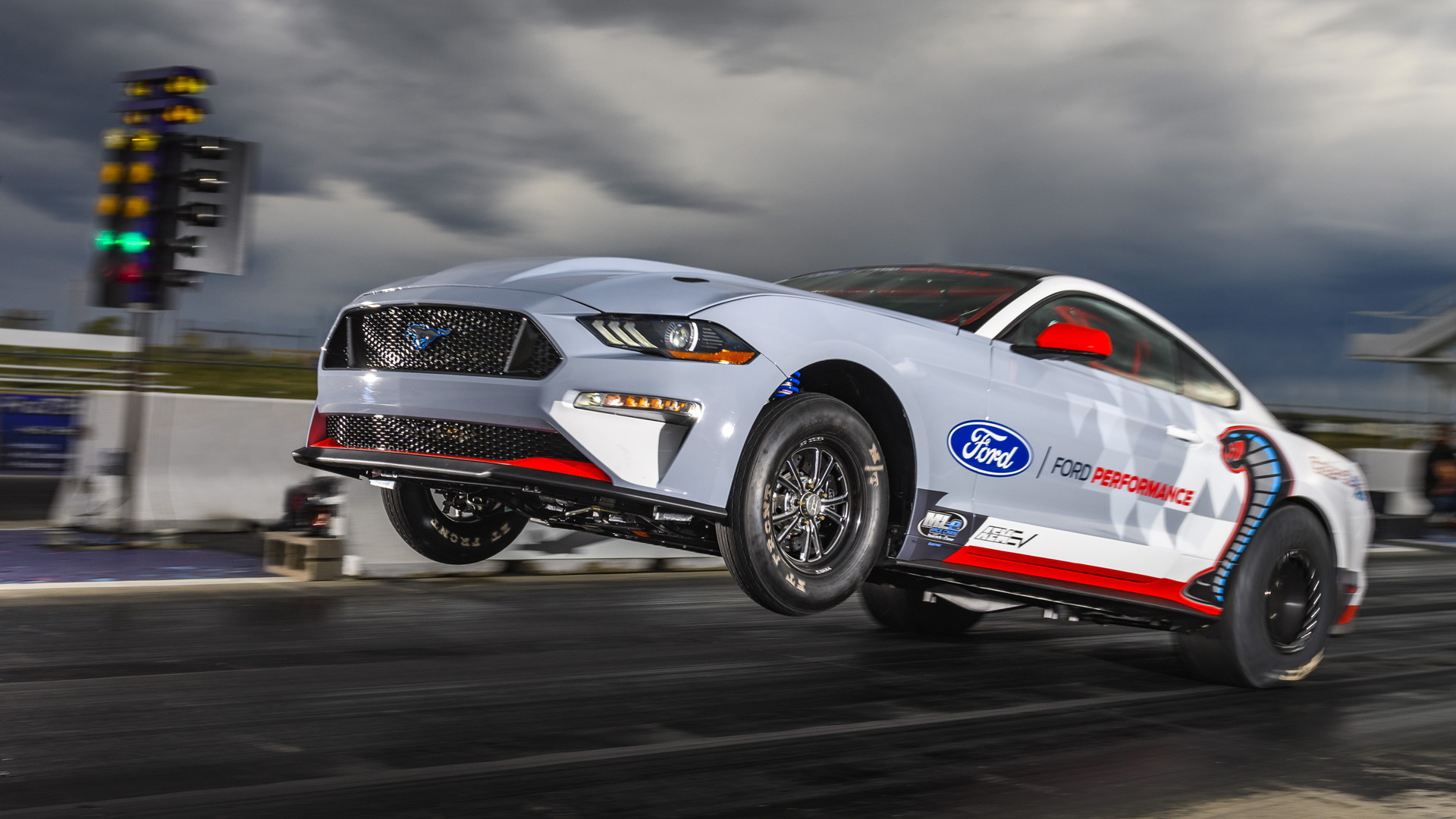 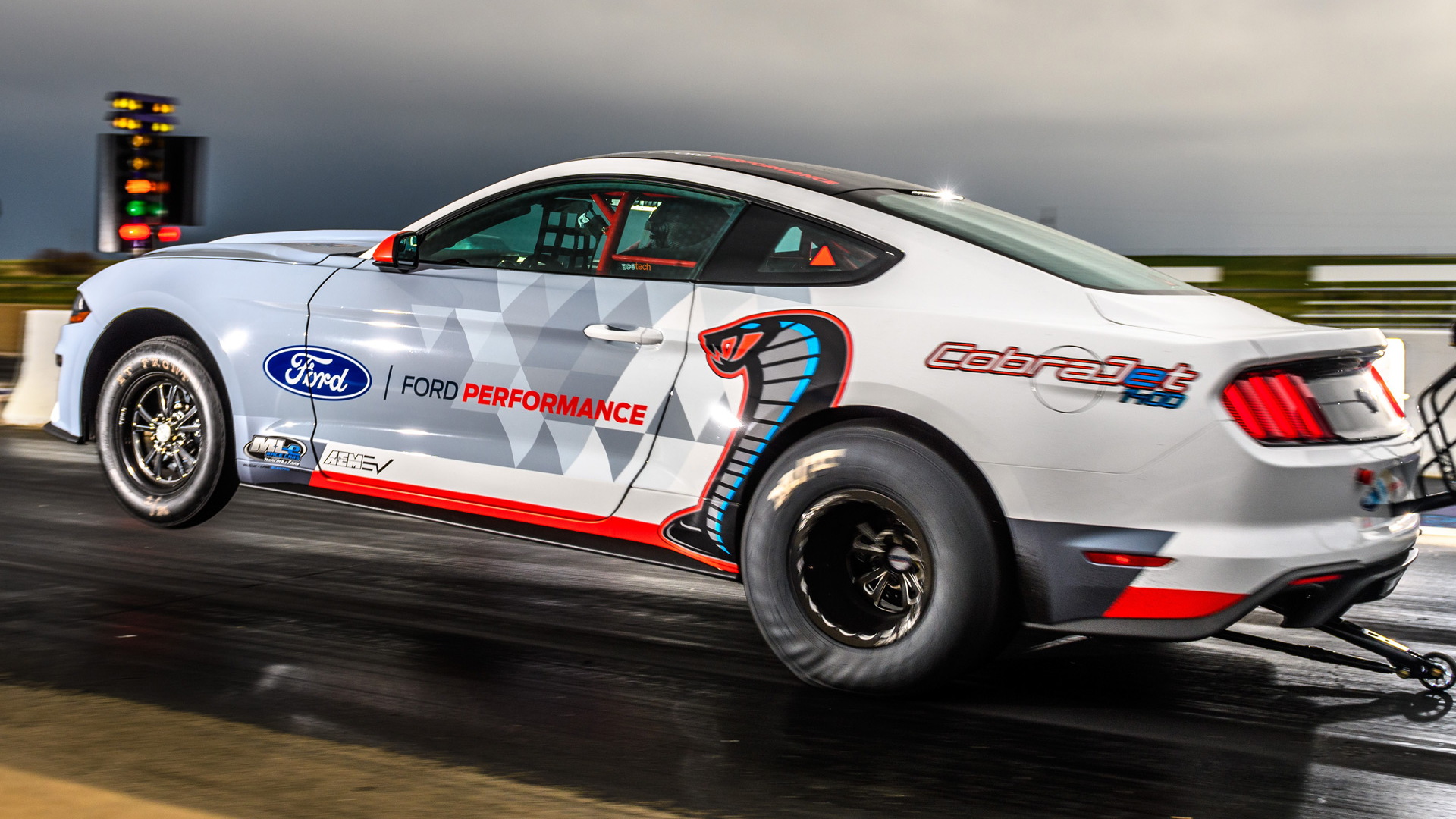 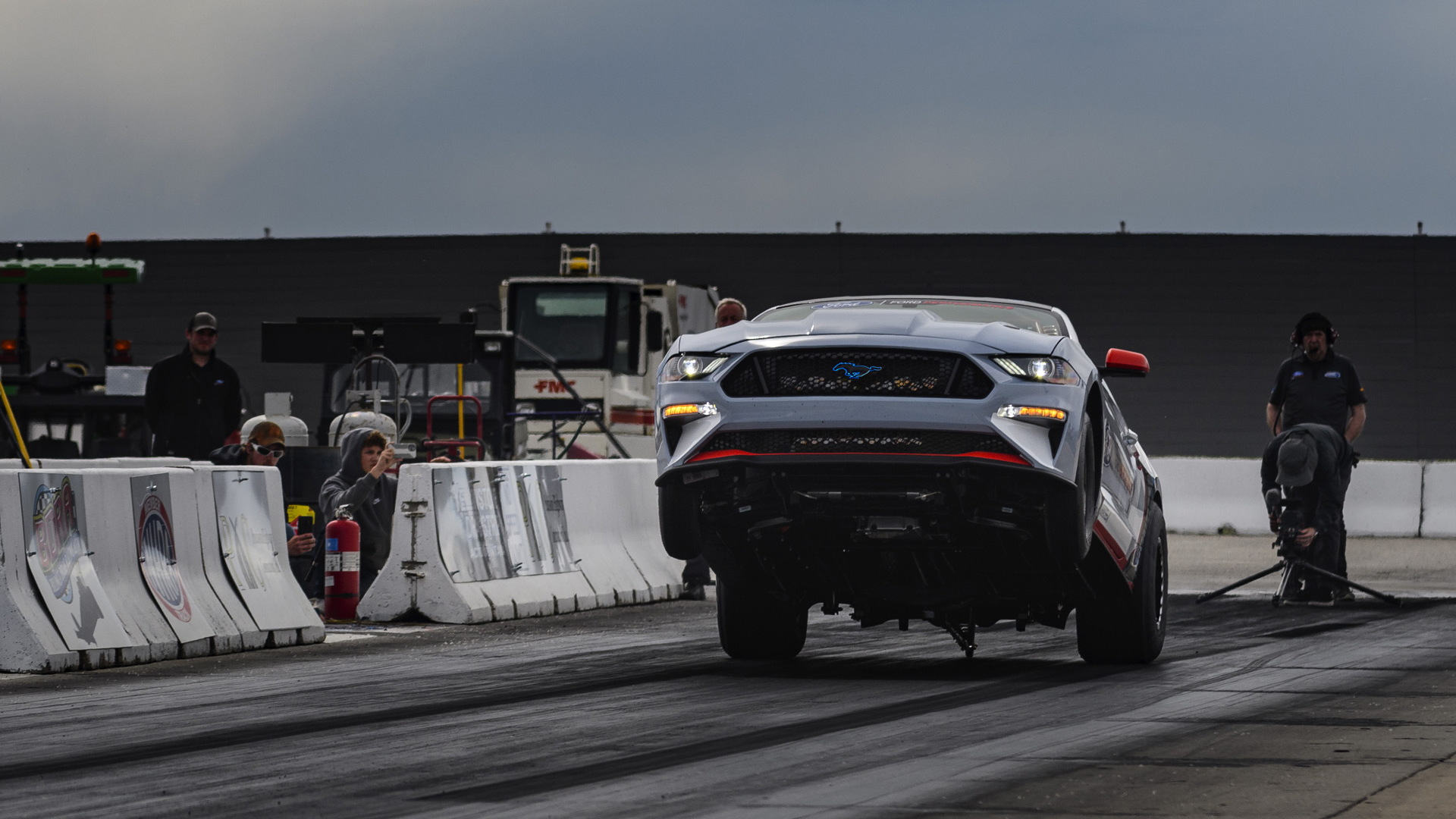 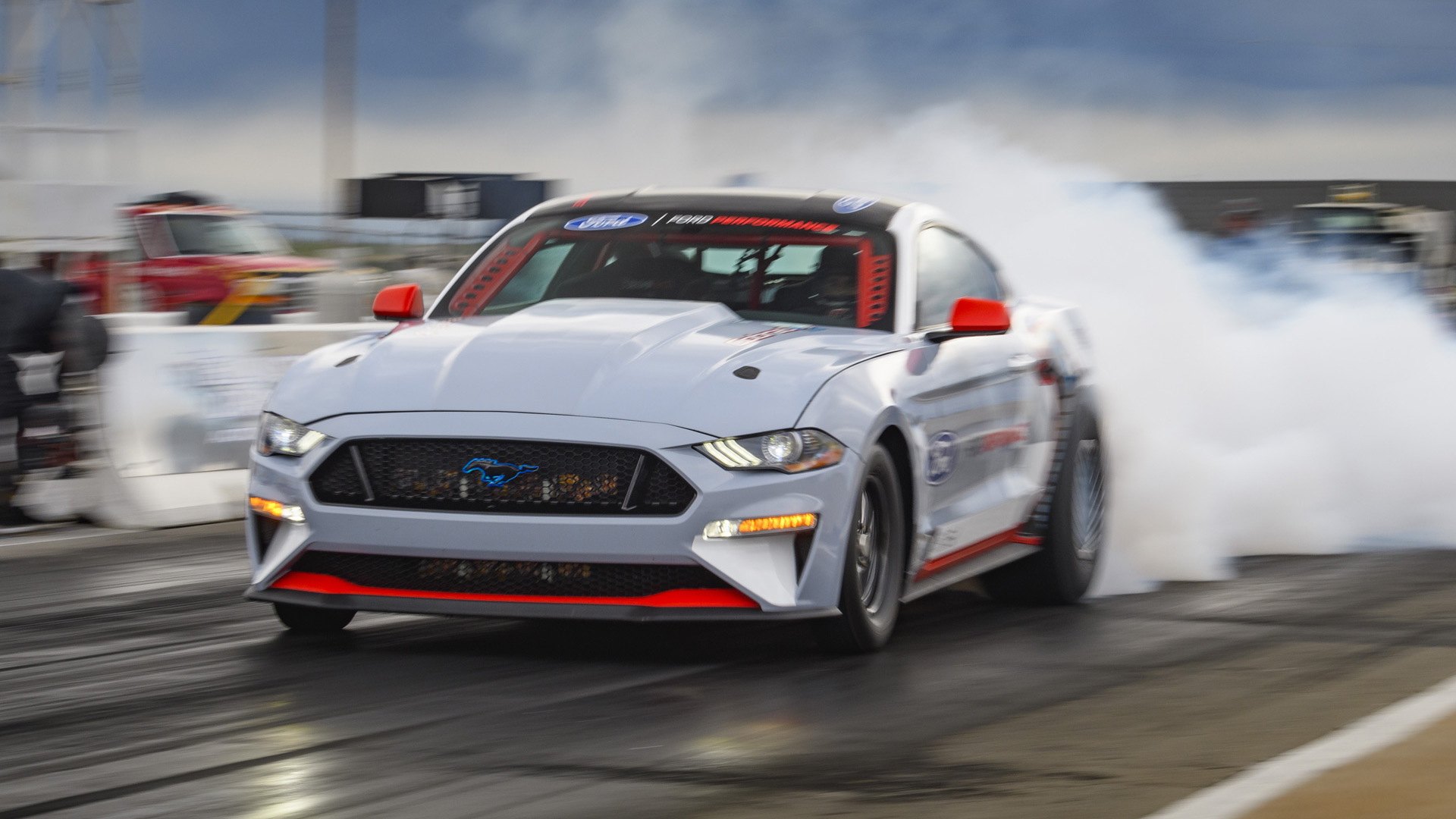 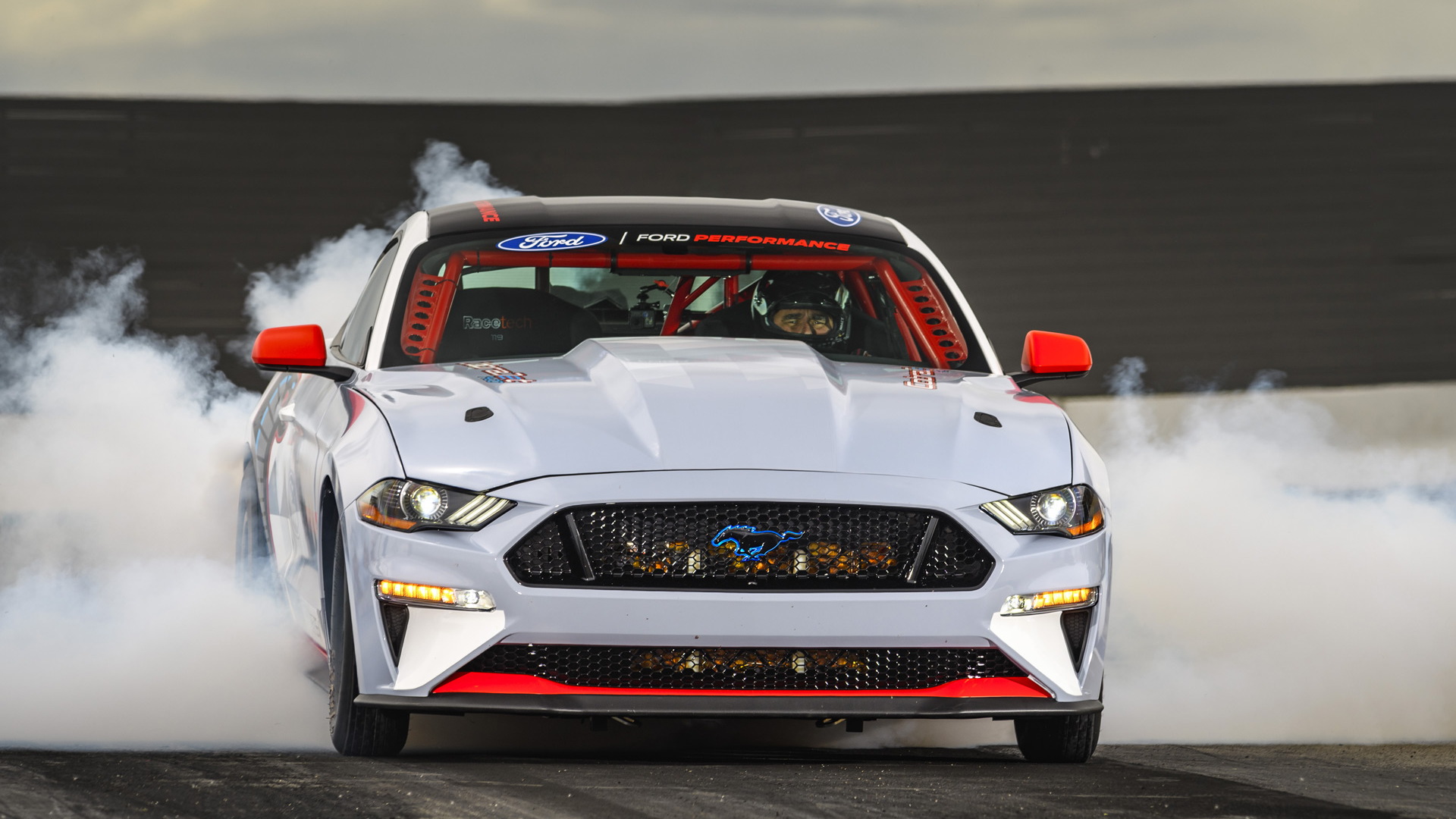 Remember the battery-electric Ford Mustang Cobra Jet 1400 unveiled in April? Well, it's hit the dragstrip and the numbers being generated are even better than expected.

Ford built the one-off prototype to explore the potential for electric powertrains in the world of drag racing. It develops a peak 1,502 horsepower—at the wheels—and this is enough to see it rocket down the quarter-mile in 8.27 seconds at 168 mph.

The numbers are comparable to what some of the best internal-combustion-powered Cobra Jets achieve, yet the world of electric performance is still in its infancy.

"Since revealing the car, we’ve continued to fine-tune it and now know we're just scratching the surface of what we may be able to achieve with this much electric horsepower in a drag racing setting,” said Mark Rushbrook, global director of Ford Performance Motorsports.

Despite the “1400” in the name, the powertrain of the Mustang Cobra Jet 1400 is very different to the one in the Mustang Mach-E 1400 prototype. In the drag racer, there are four electric motors, and these power the rear wheels only. The electric crossover SUV had seven motors split three at the front and four at the rear.

In the Mustang Cobra Jet 1400, each motor is paired with an inverter, and each of these motor-inverter packages run at 800 volts and up to 700 amps with a maximum output of 469 hp. All four motors don't produce their peaks at the same time, which is why the combined output is lower than if you simply multiple the peak output of an individual motor by the number of motors present.

The Mustang Cobra Jet 1400 will make its first public outing during the National Hot Rod Association's U.S. Nationals round on this weekend in Indianapolis, Indiana. It will be run as a demonstration.

Ford is working with NHRA organizers to identify ways to introduce electrification to the sport. Given the performance of the Mustang Cobra Jet 1400, we're sure it's only a matter of time.