The Aston Martin Vantage is the entry-level sports car in Aston's lineup, but that doesn't mean it's built like a Toyota Corolla. This documentary shows how the Vantage is assembled at Aston's plant for sports cars located in Gaydon, United Kingdom.

Like other low-volume cars, Vantage production emphasizes craftsmanship over efficiency. While larger automakers brag about the number of robots in their factories, Aston takes pride in the 200 man hours it takes human workers to assemble each Vantage.

However, some robotic help is used to assemble the Vantage's aluminum chassis. Pieces are bonded to the main body shell with adhesive, which is applied by a robot. Several automakers use this bonded-aluminum construction, as aluminum is notoriously difficult to weld, and adhesive weighs less than rivets. 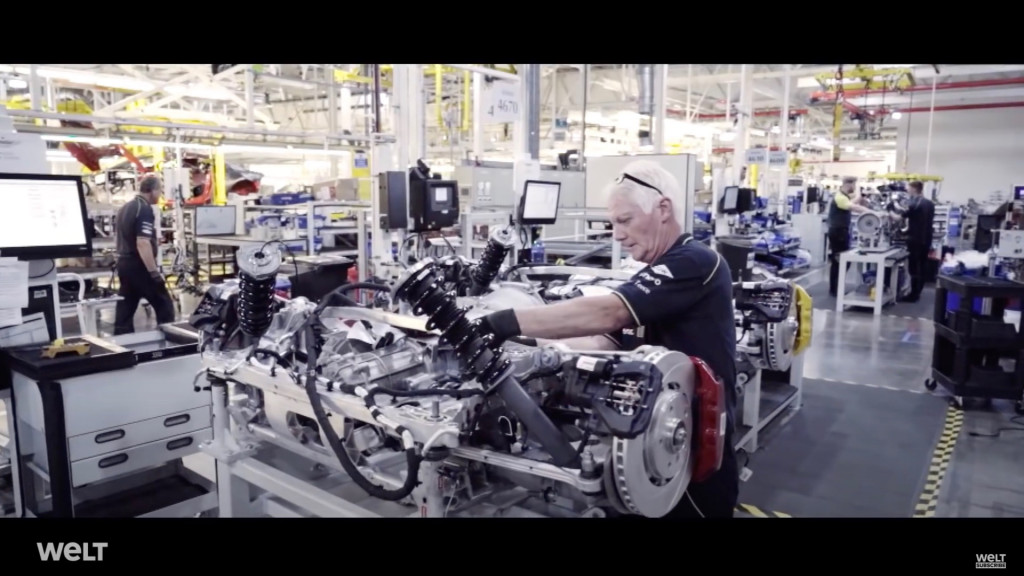 One thing that isn't made locally is the engine. The Vantage uses a 4.0-liter twin-turbocharged V-8 supplied by Mercedes-AMG, and built by the automaker in Germany. In the Vantage, the engine produces 503 horsepower and 505 pound-feet of torque, which is sent to the rear wheels through an 8-speed automatic or 7-speed manual. Aston quotes 0-60 mph in 3.9 seconds with the manual, and 3.6 seconds with the automatic, as well as a 195-mph top speed with both transmissions.

The automaker also opened a larger factory at another former RAF base, this time in St Athan, U.K. The factory completed its first car—a DBX SUV—in July. Aston had planned to build Lagonda models at the site as well, though falling sales have torpedoed those plans. Aston also announced in June that it was cutting 500 jobs.