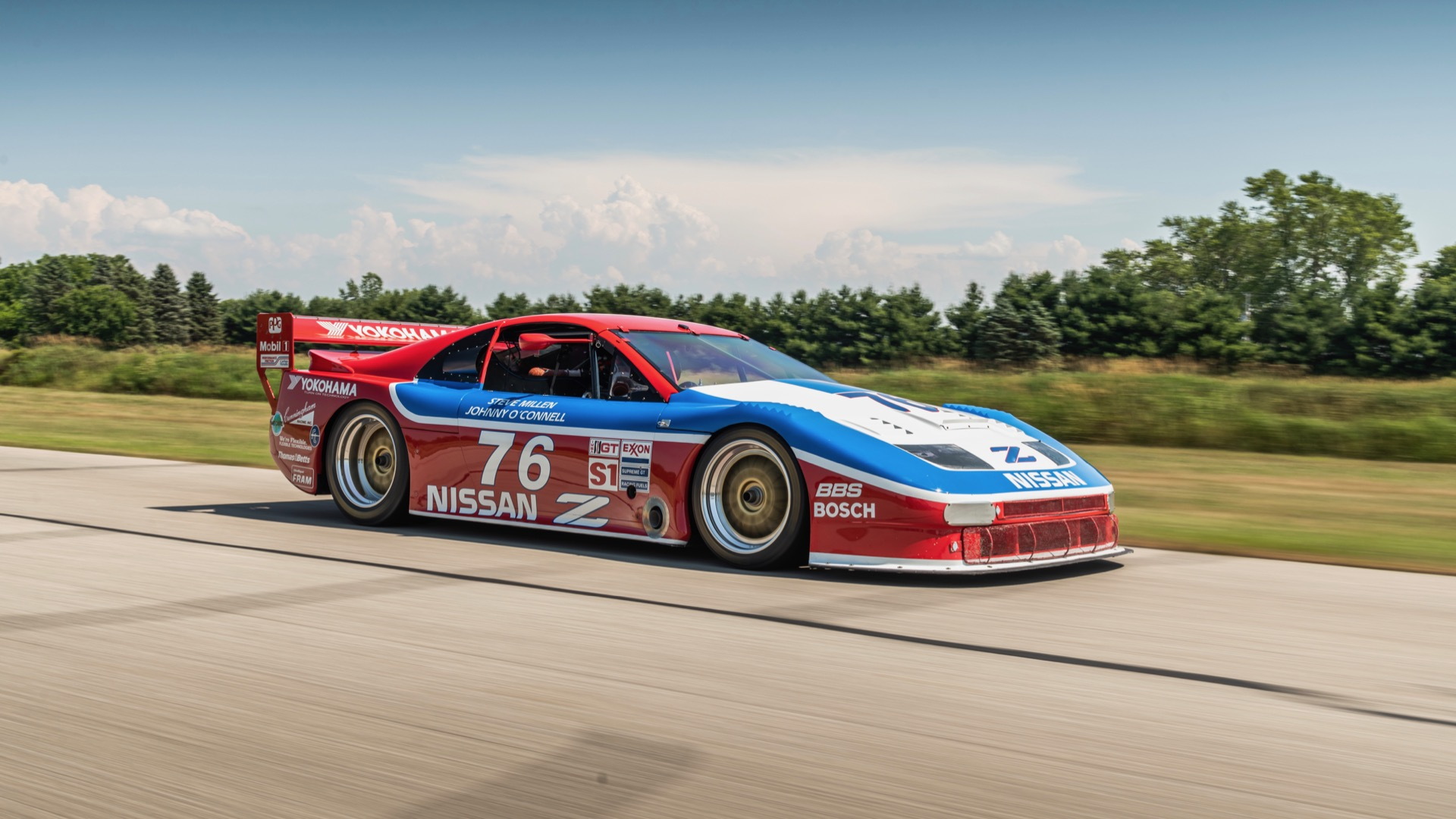 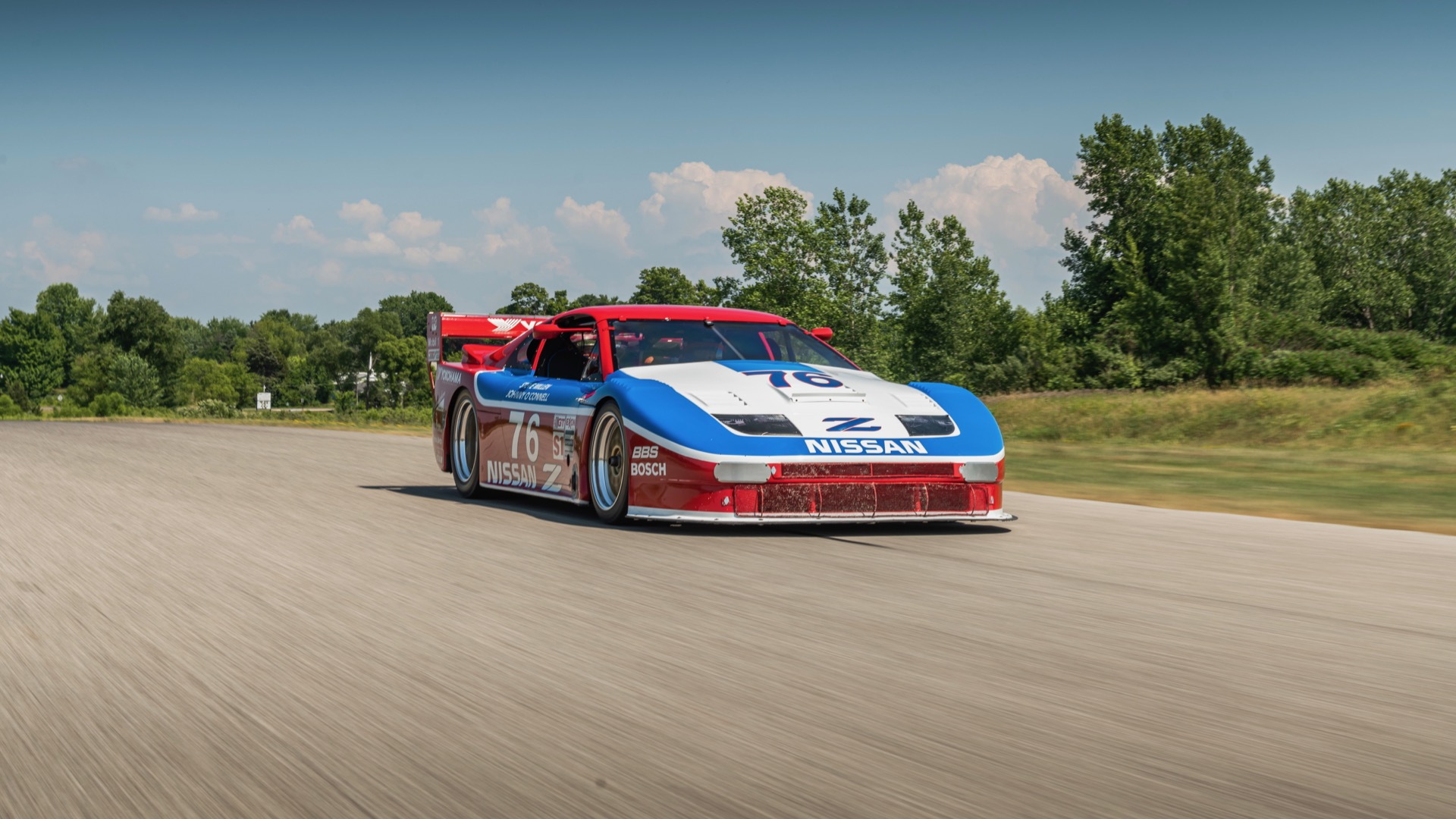 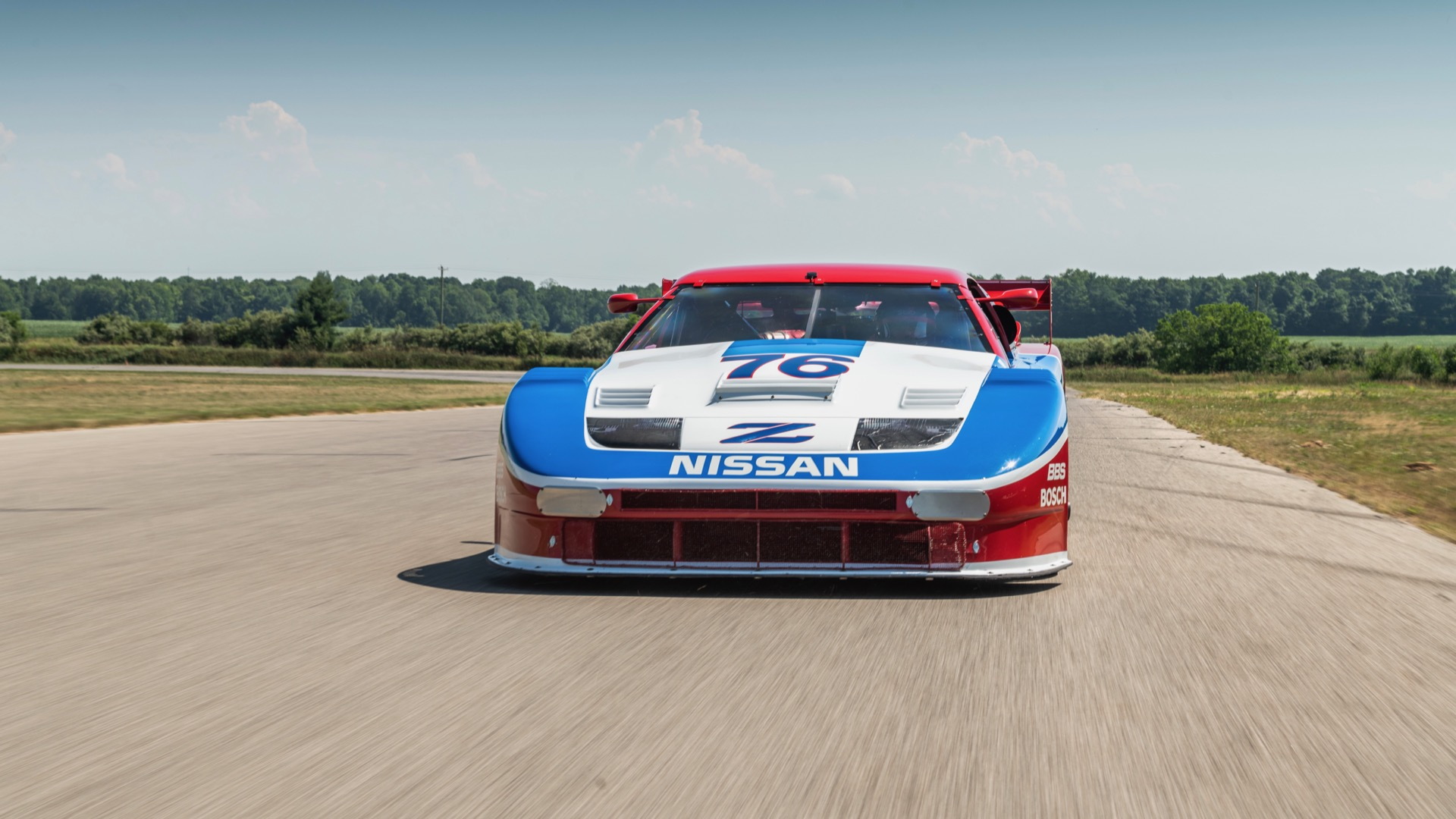 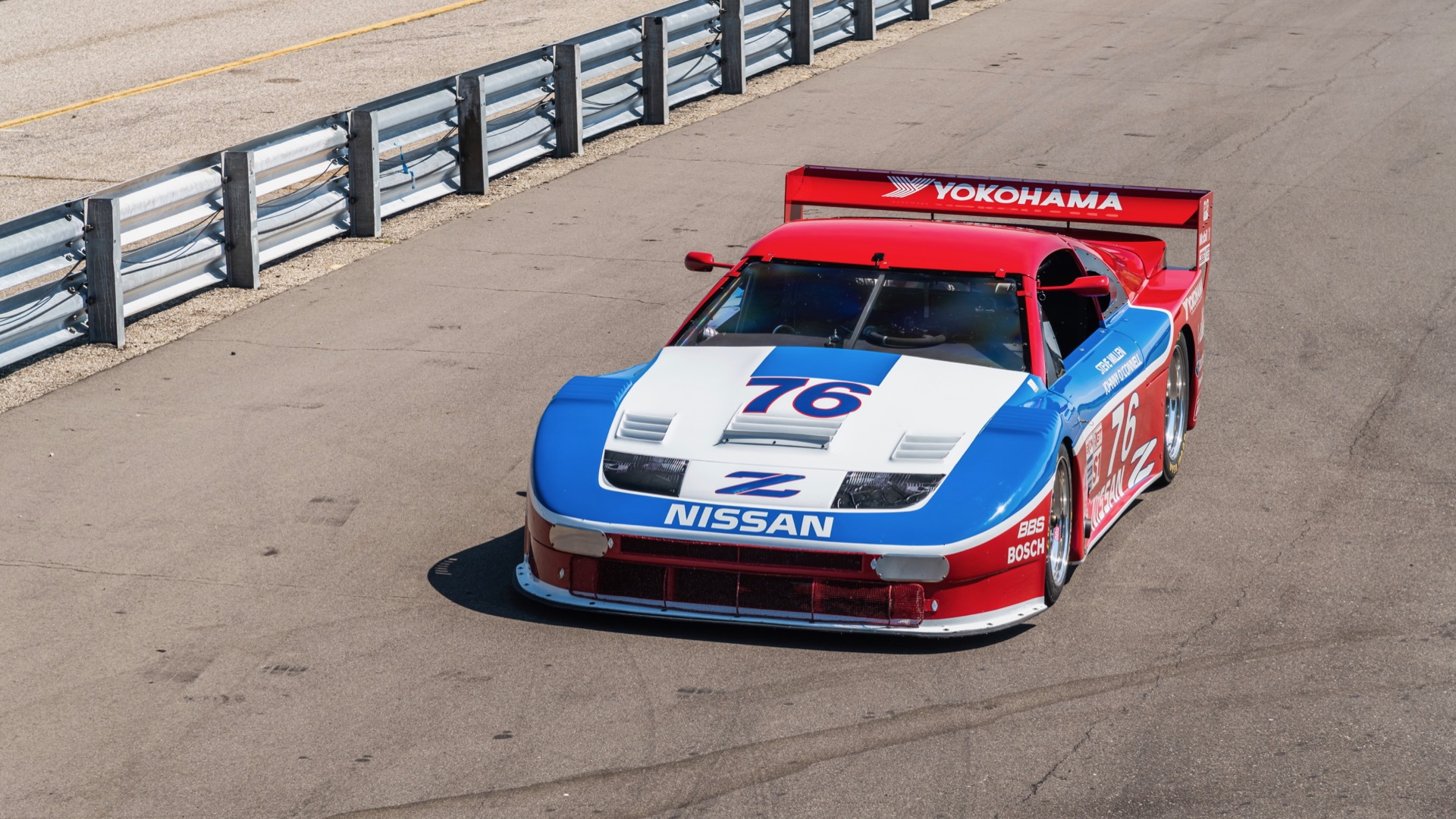 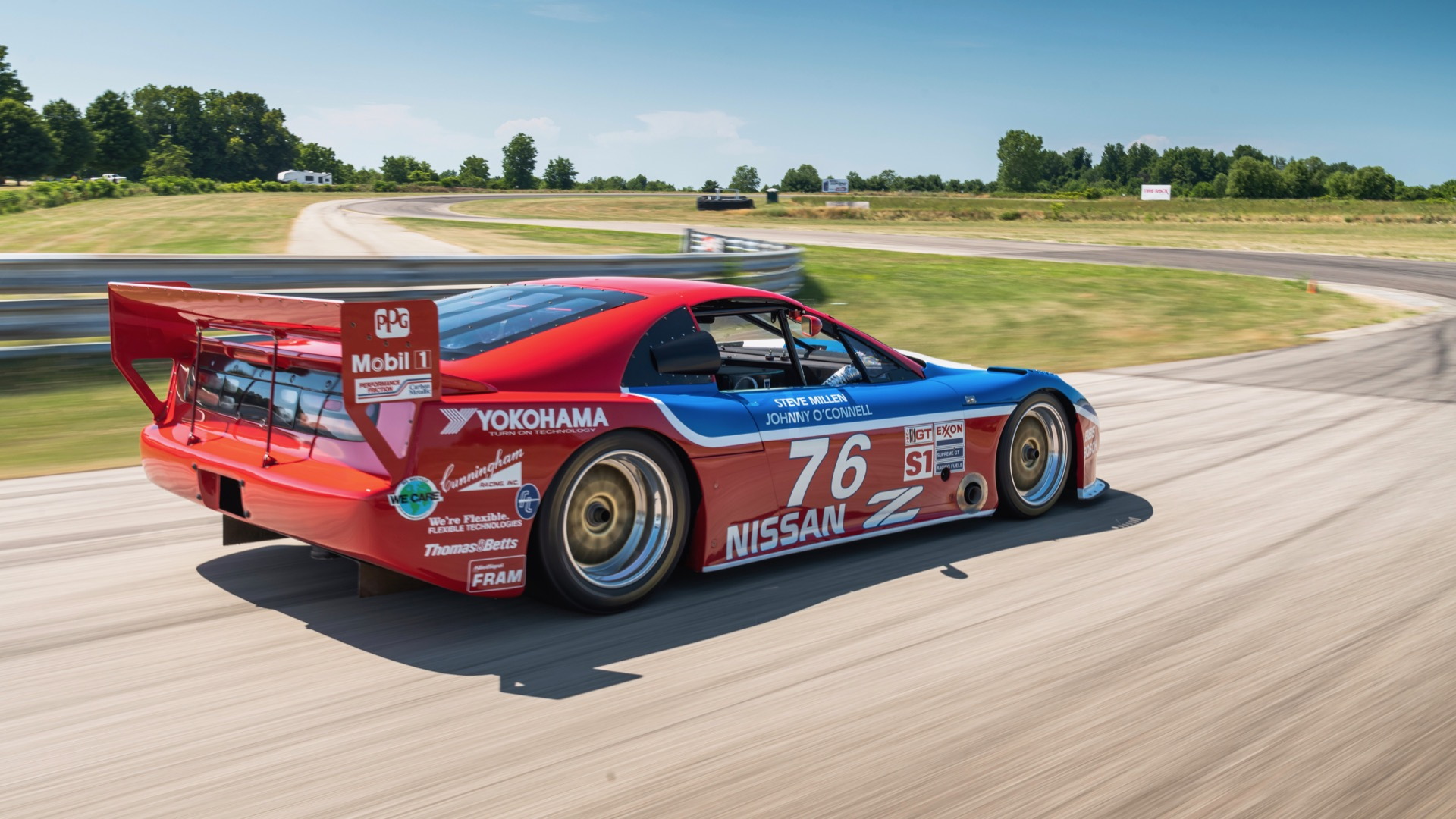 Nissan went all-in on IMSA sports car racing in the late 1980s and early '90s, competing in the top GTP class for prototypes and campaigning the Z31-generation 300ZX in the GTO class. The 300ZX started racing in 1989, and one of the cars from that first season is for sale through Stratas Auctions.

Between 1989 and '95 Clayton Cunningham Racing built and raced seven factory-supported Nissan 300ZX GTO race cars, according to the listing. This car—chassis 002—was raced in the 1989 season by Clayton Cunningham and John Morton, garnering seven top-five finishes, with a best finish of third at Mid-Ohio.

Chassis 002 is powered by a twin-turbo 3.0-liter V-6, which was rumored to have made about 700 horsepower in race trim. That power is sent to the rear wheels through a 5-speed manual transmission and quick-change rear end. Later cars had transaxles, according to the listing.

The 1989 season exposed some issues, including instability at high speeds, and insufficient brake cooling. So for the 1990 season, chassis 002 was rebuilt as a 2+2; the accompanying wheelbase extension provided more stability. The race team also added a water-cooled brake system.

With the upgrades, chassis 002 scored four wins between 1990 and 1992 with drivers Steve Millen and Jeremy Dale, as well as 16 top-three finishes. The car was retired from competition after the 1992 season, and fitted with a passenger seat so it could give rides. It was later sold and used in historic racing.

That active retirement means the car is no longer in 100% original condition, but it's ready for track use. The car was repainted in its original red, white, and blue racing livery in 2008, and various parts have been replaced as the originals wore out, according to the listing.

Head gaskets were replaced, a downtube was added to the frame near the A-pillars for safety reasons, and the original Garrett turbochargers were replaced with modern versions, according to the listing. The original turbos are included with the sale, along with a spare engine. The seller will also assist the buyer with setup and maintenance procedures.

Nissan teased a new Z sports car in May, and it's expected to arrive as a 2022 model. It's unclear if Nissan plans to race this car, which will be the first new Z in over a decade, or if the automaker would bring back the IMSA 300ZX's classic livery if it did.