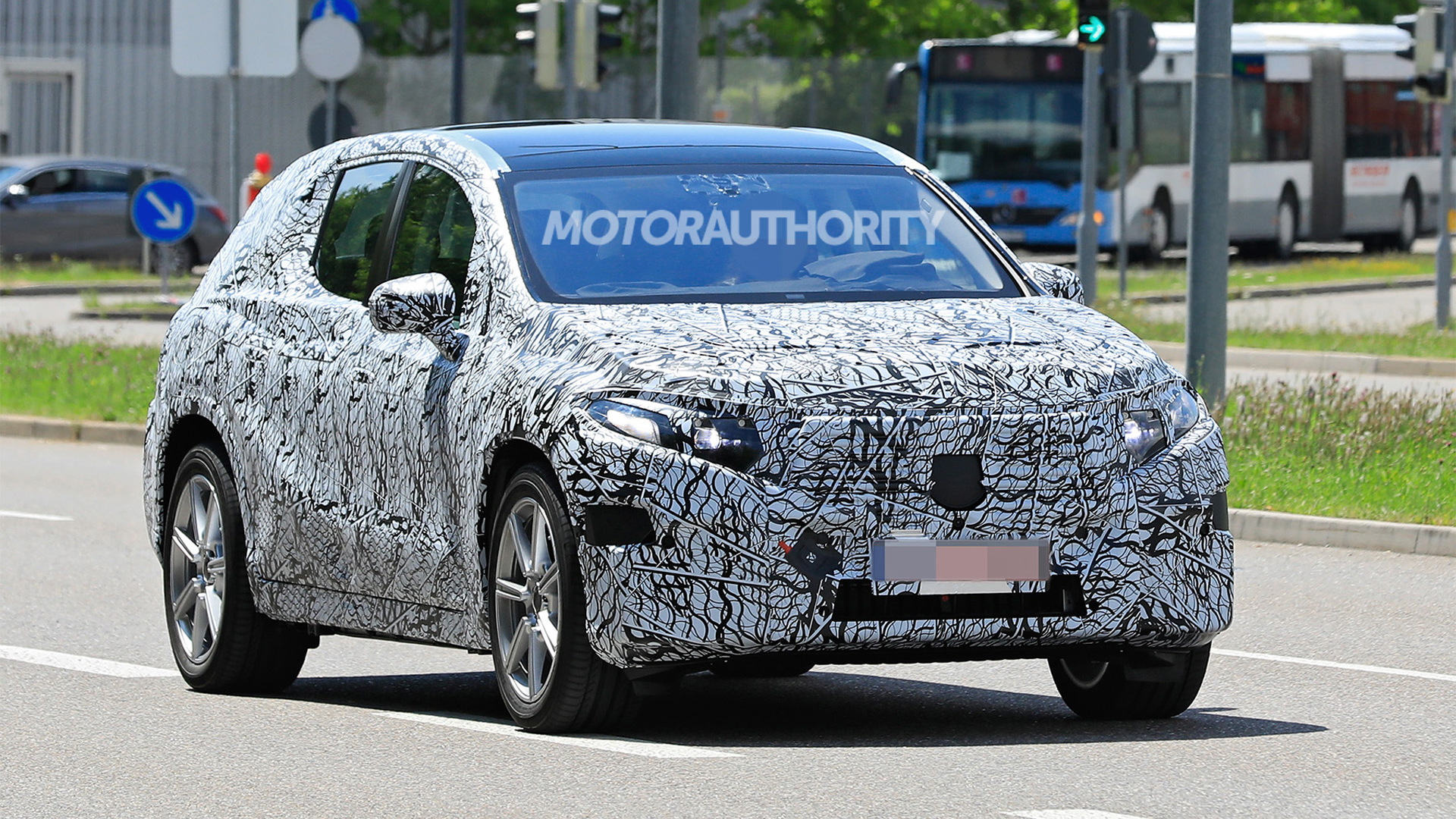 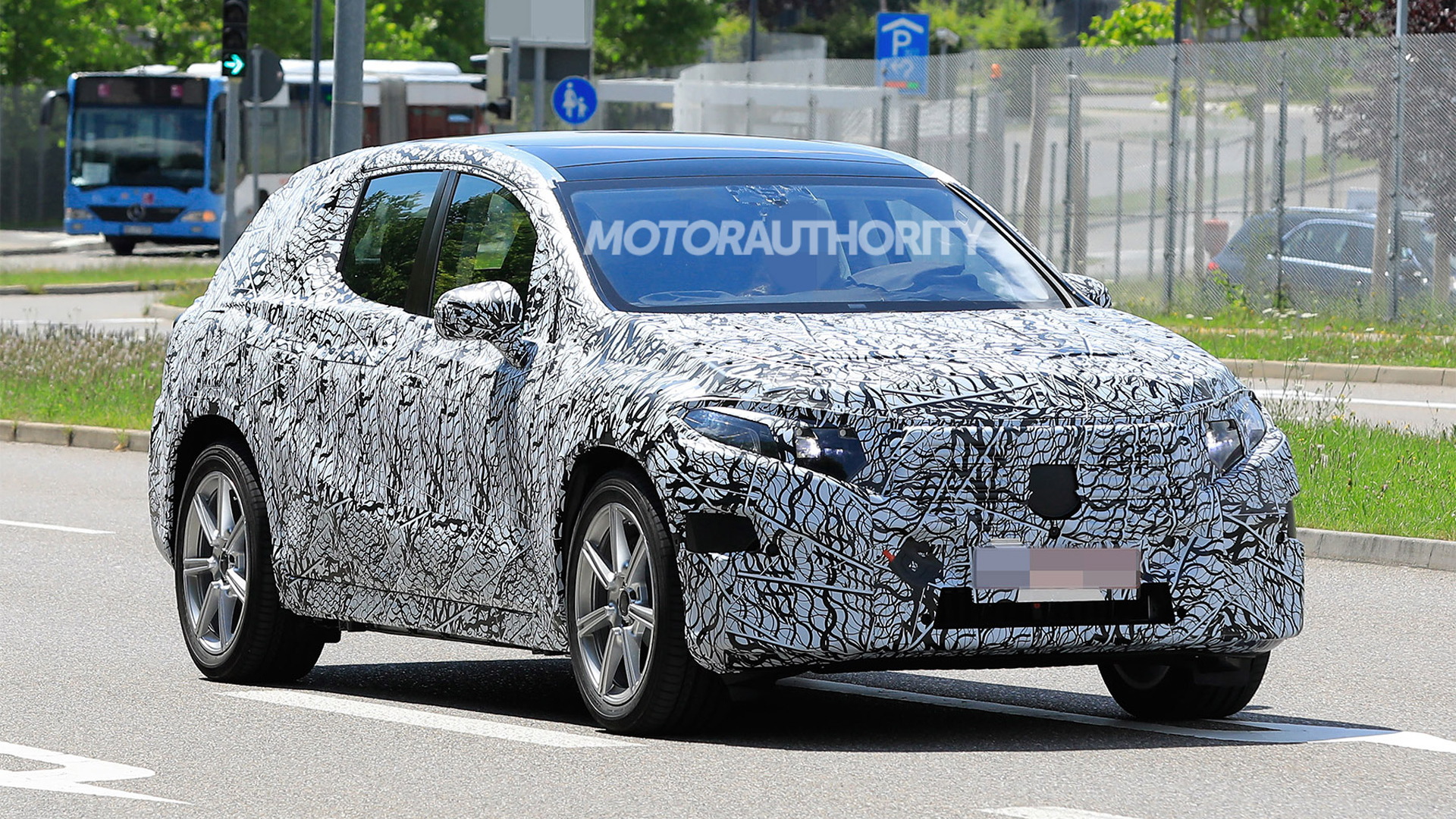 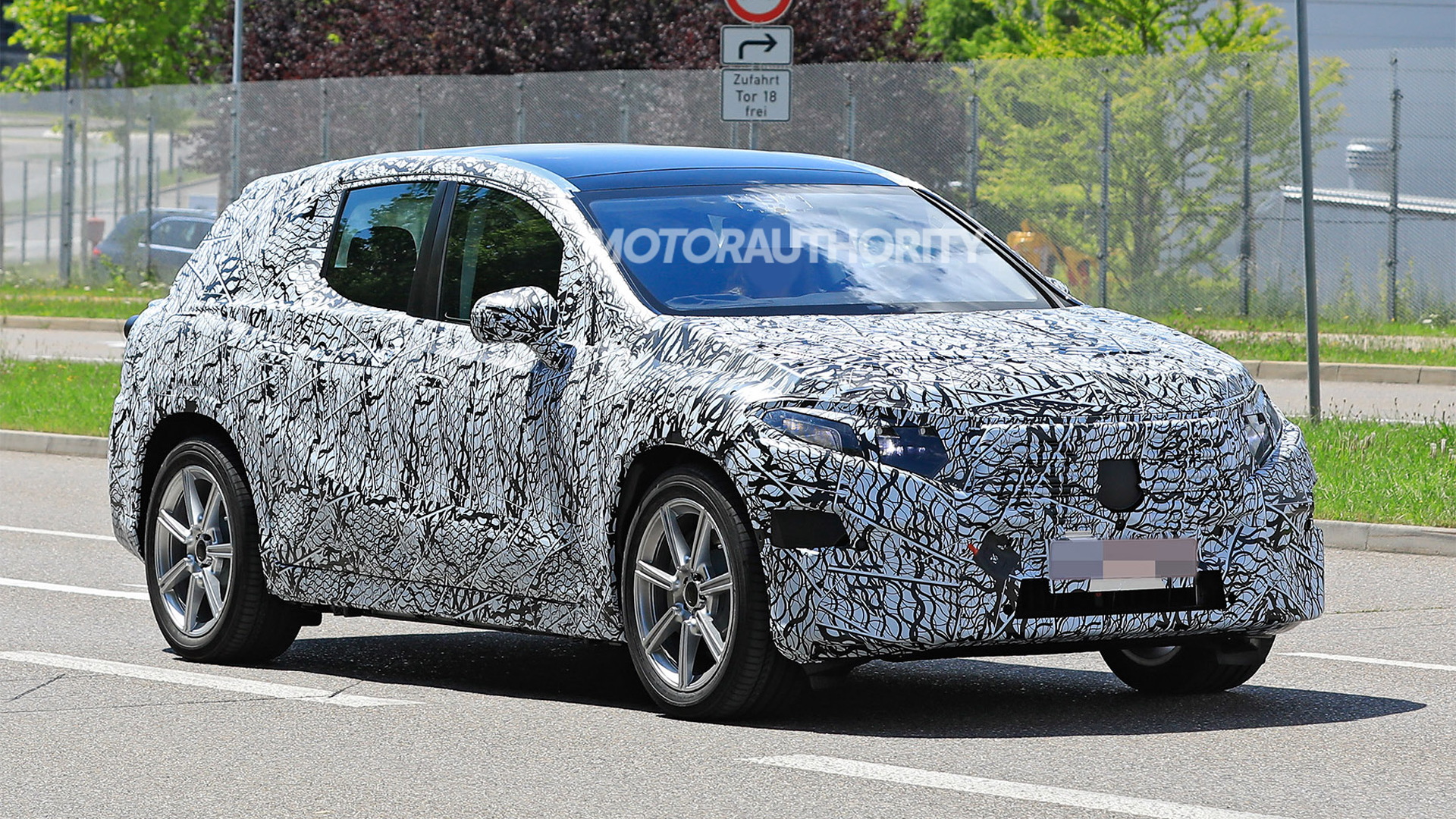 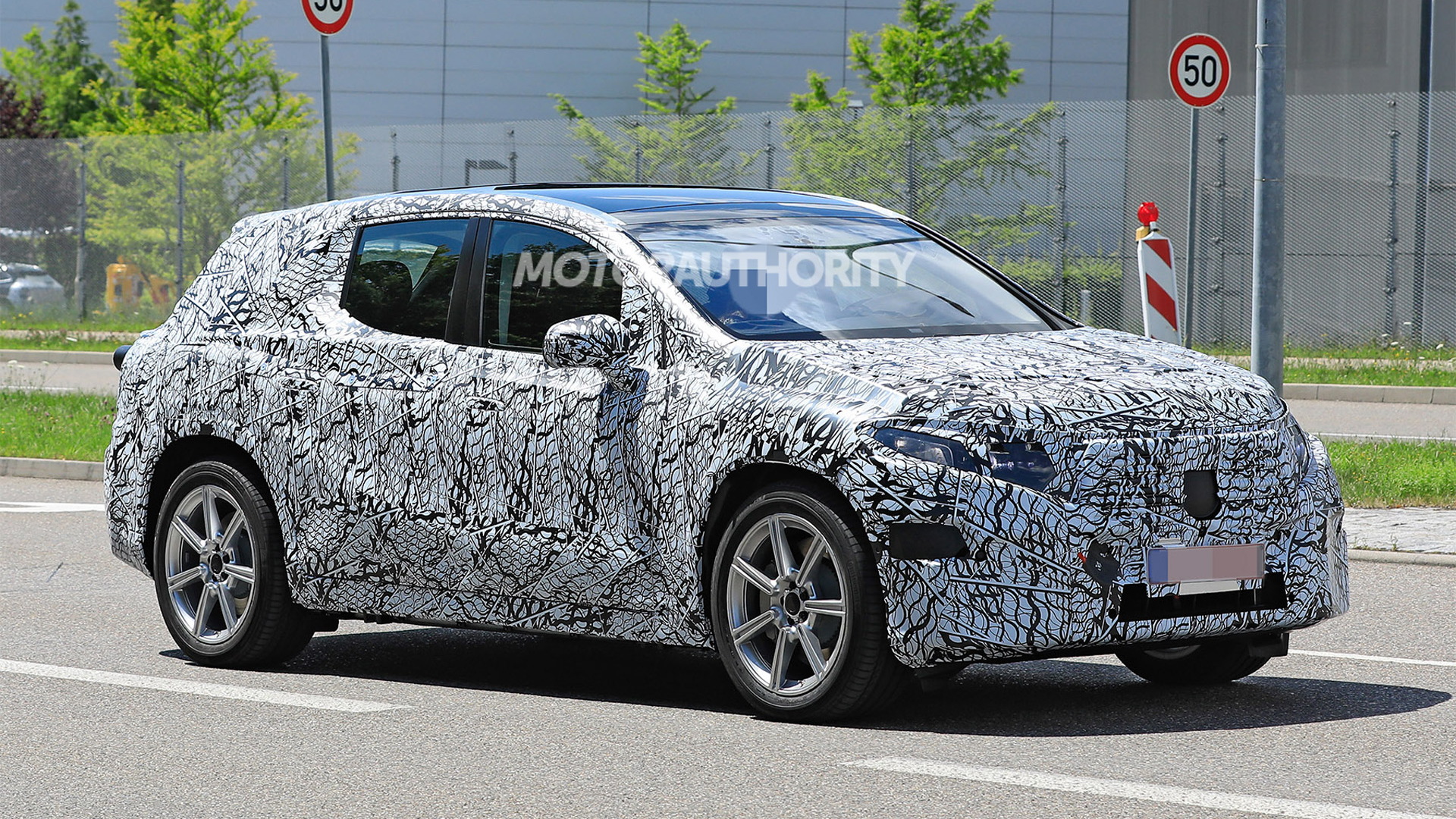 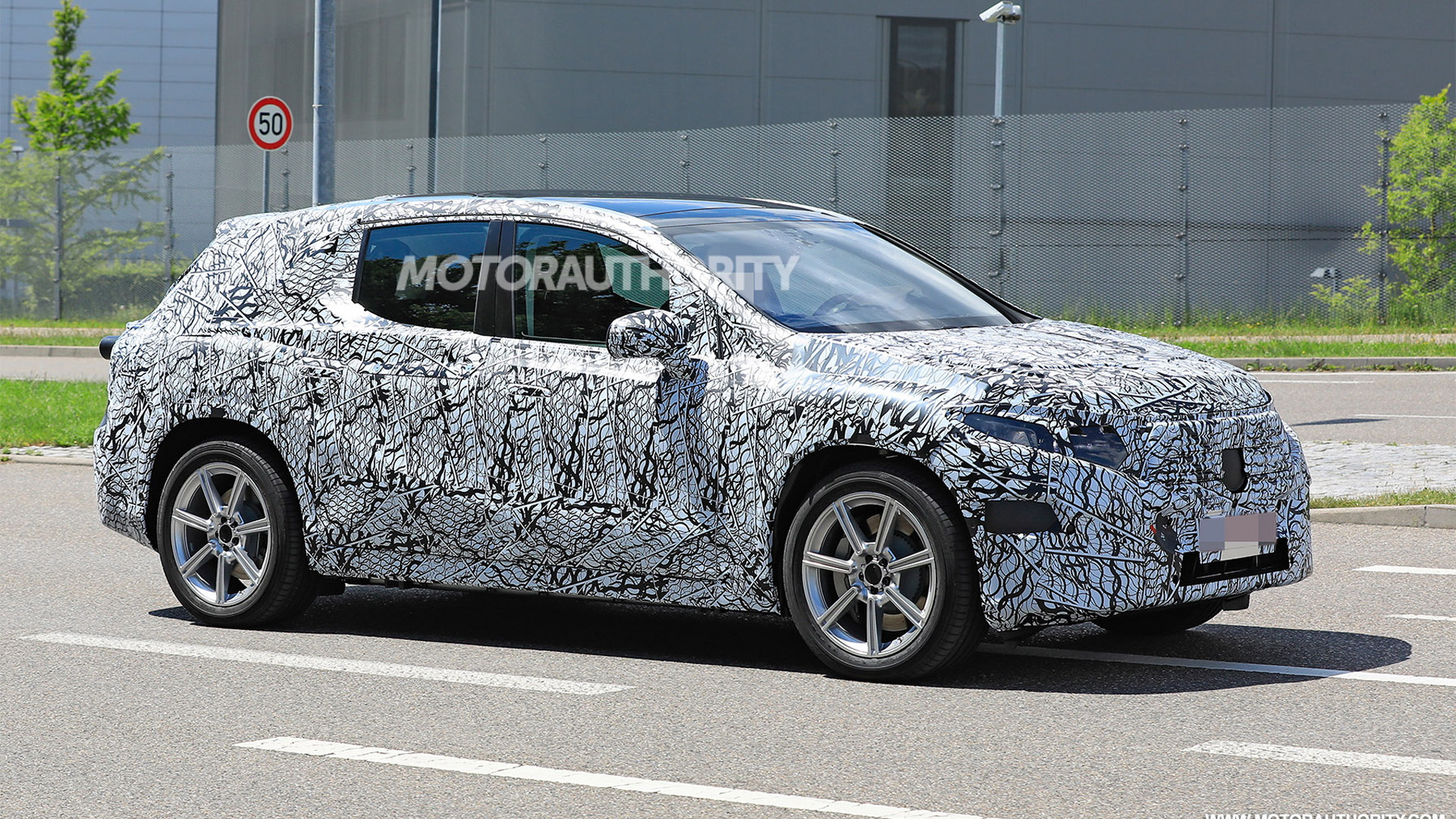 Mercedes-Benz is out testing a new member of its EQ family of battery-electric vehicles.

It's a mid-size crossover SUV that will sit above the current EQC and alongside a mid-size sedan tipped to be called an EQE. It isn't clear what this SUV will be called but the inclusion of “EQE” in the name together with some SUV descriptor is possible.

Prototypes for the EQE sedan and a larger EQS sedan have also been spotted. The EQS is slated for a reveal later this year and should be on sale next year as a 2021 model. The EQC is also due next year after Mercedes decided to delay the U.S. launch by a year.

As our spy shots reveal, the mid-size EQ SUV, whatever it ends up being called, will feature similar styling to the EQE and EQS sedans. The look is characterized by slim headlights whose lines flow into a sealed-off grille.

The vehicle also looks to be closer in style and proportion to a minivan than an SUV, similar to the Tesla Model X against which it will compete. The Audi E-Tron and Jaguar I-Pace, in addition to the upcoming BMW iNext and Cadillac Lyriq, may also be alternatives.

The vehicle will ride on Mercedes' MEA2 dedicated EV platform which debuts in the EQS. It's the familiar skateboard design and in some models will be able support a driving range approaching 400 miles. MEA1 is found in the EQC and based on a modified version of Mercedes' MHA platform for SUVs with internal-combustion engines.

Look for this mid-size EQ SUV to debut in late 2021 or early the following year, meaning it will probably arrive as a 2022 model.

Its development is part of Mercedes' plan to have 10 EVs in its lineup by the end of 2022. Others include the EQA and EQB compact SUVs and electric commercials like the eVito and eSprinter vans. An electric G-Class is also in the works.