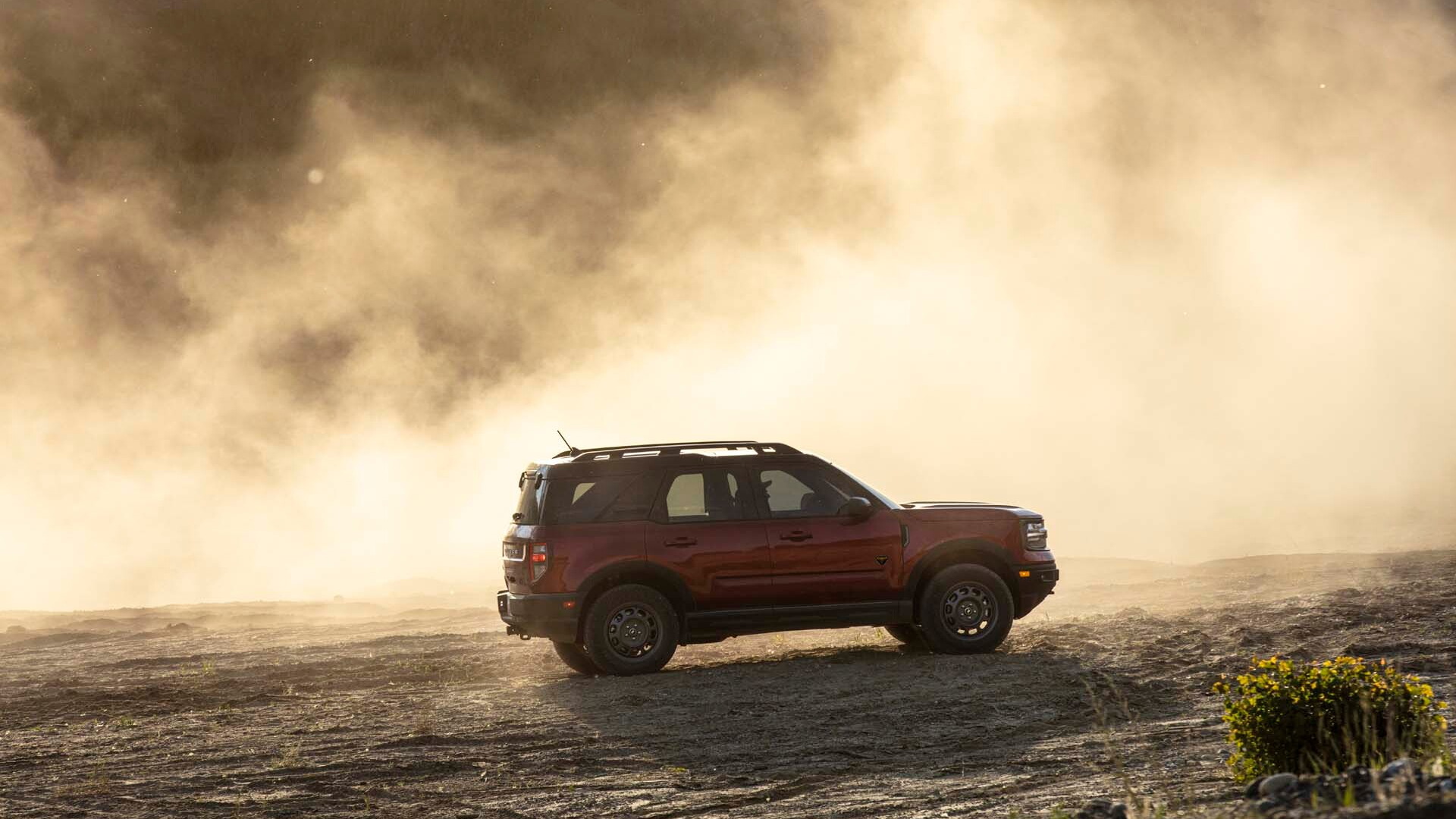 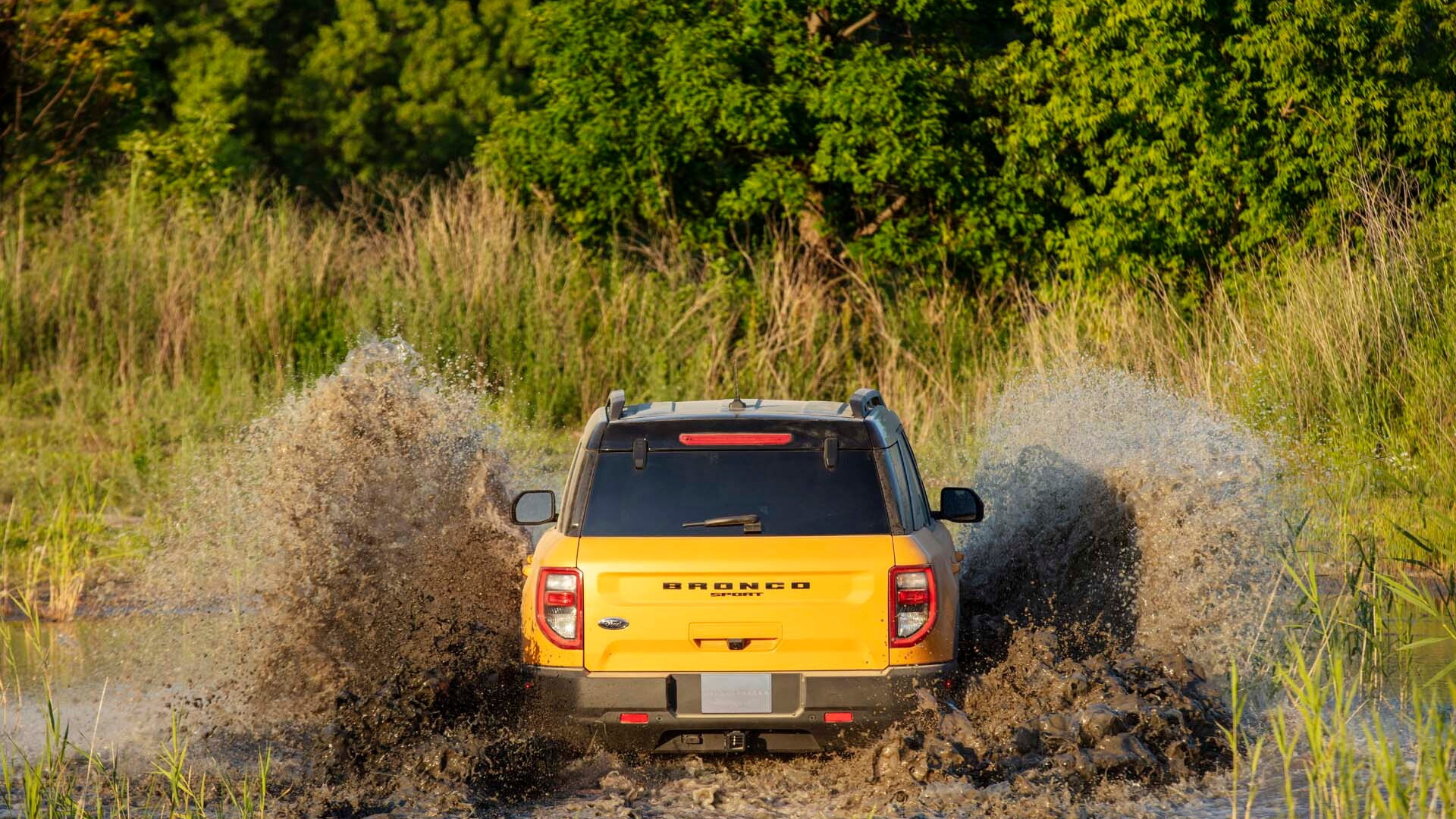 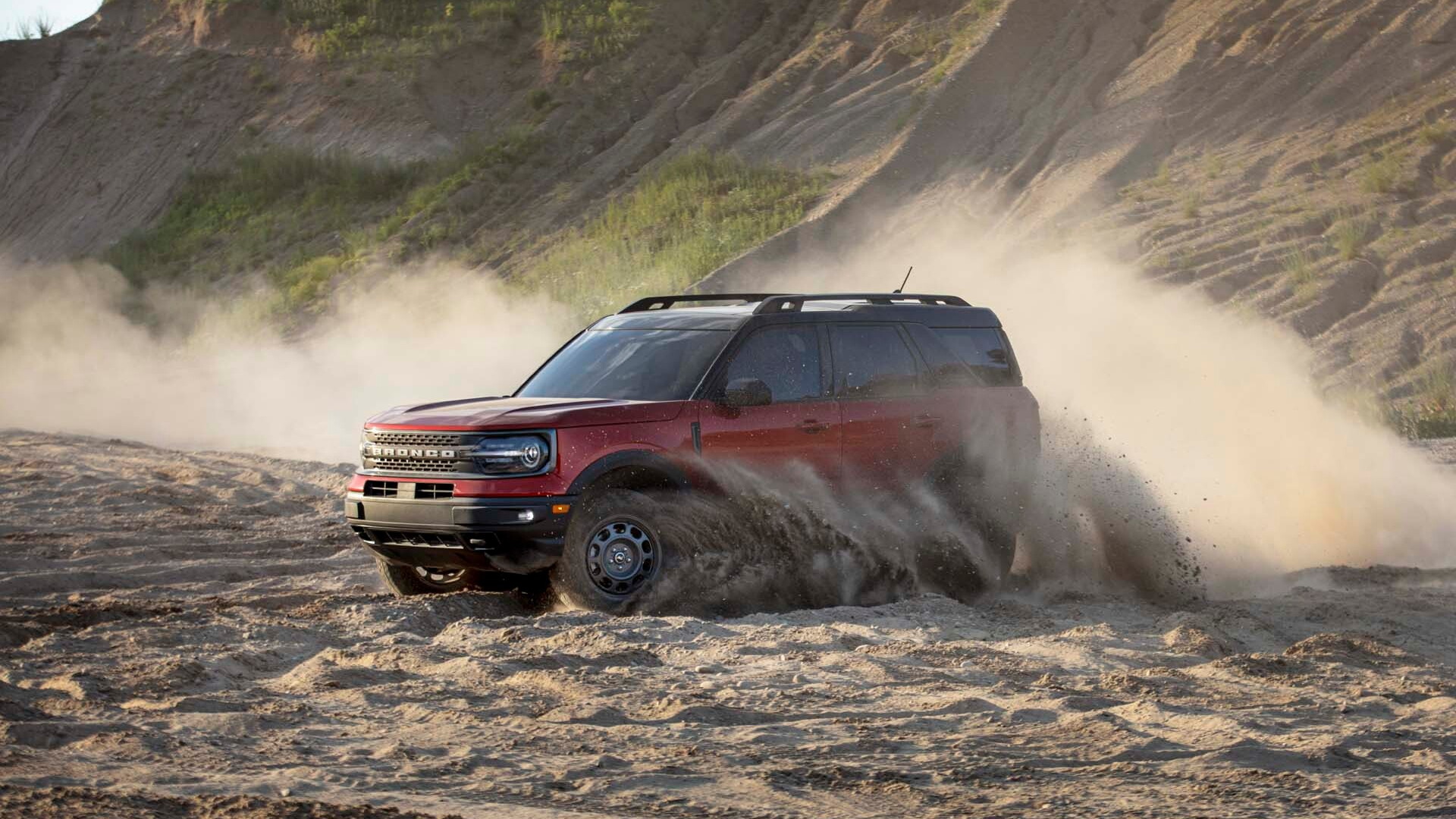 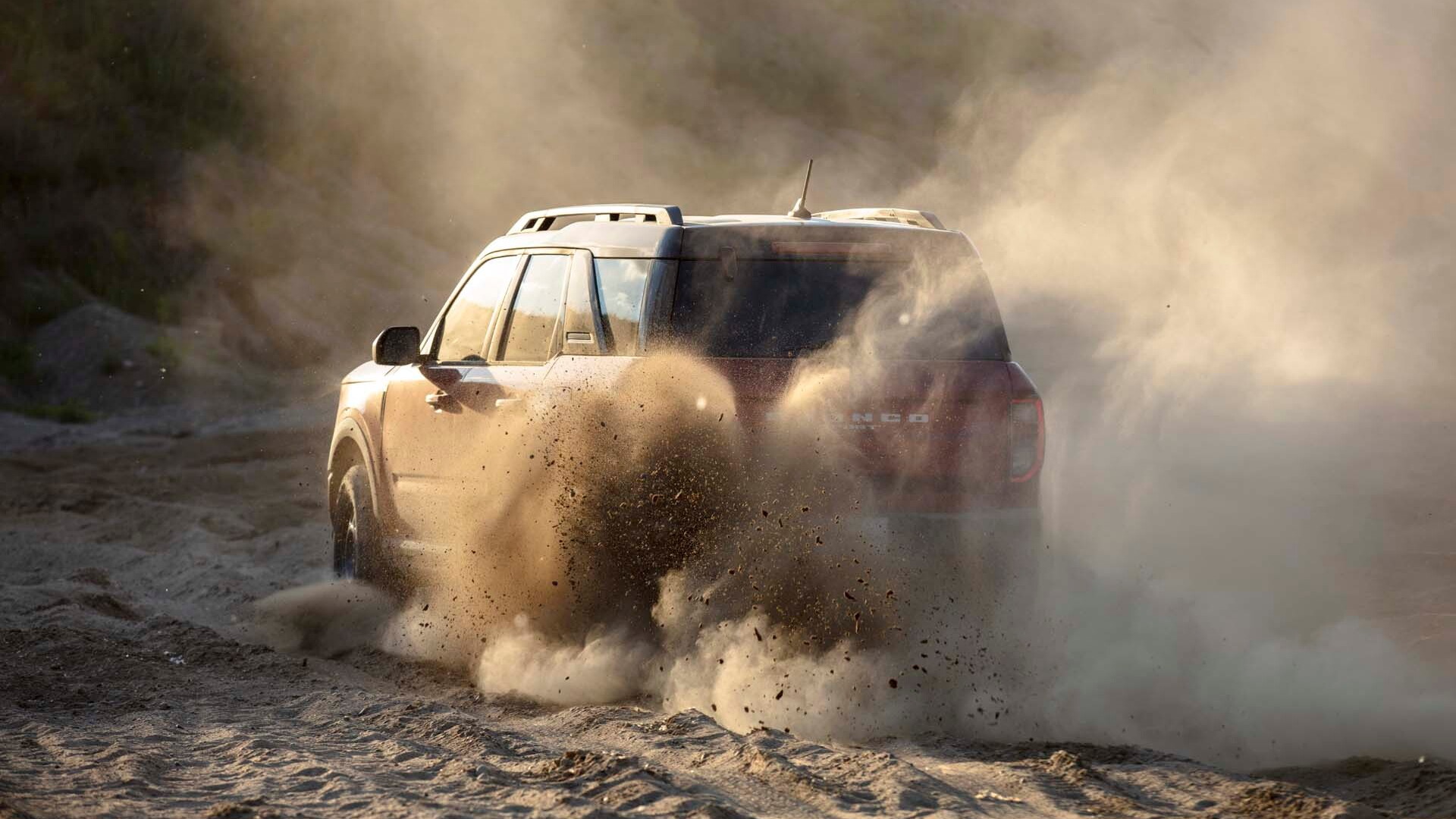 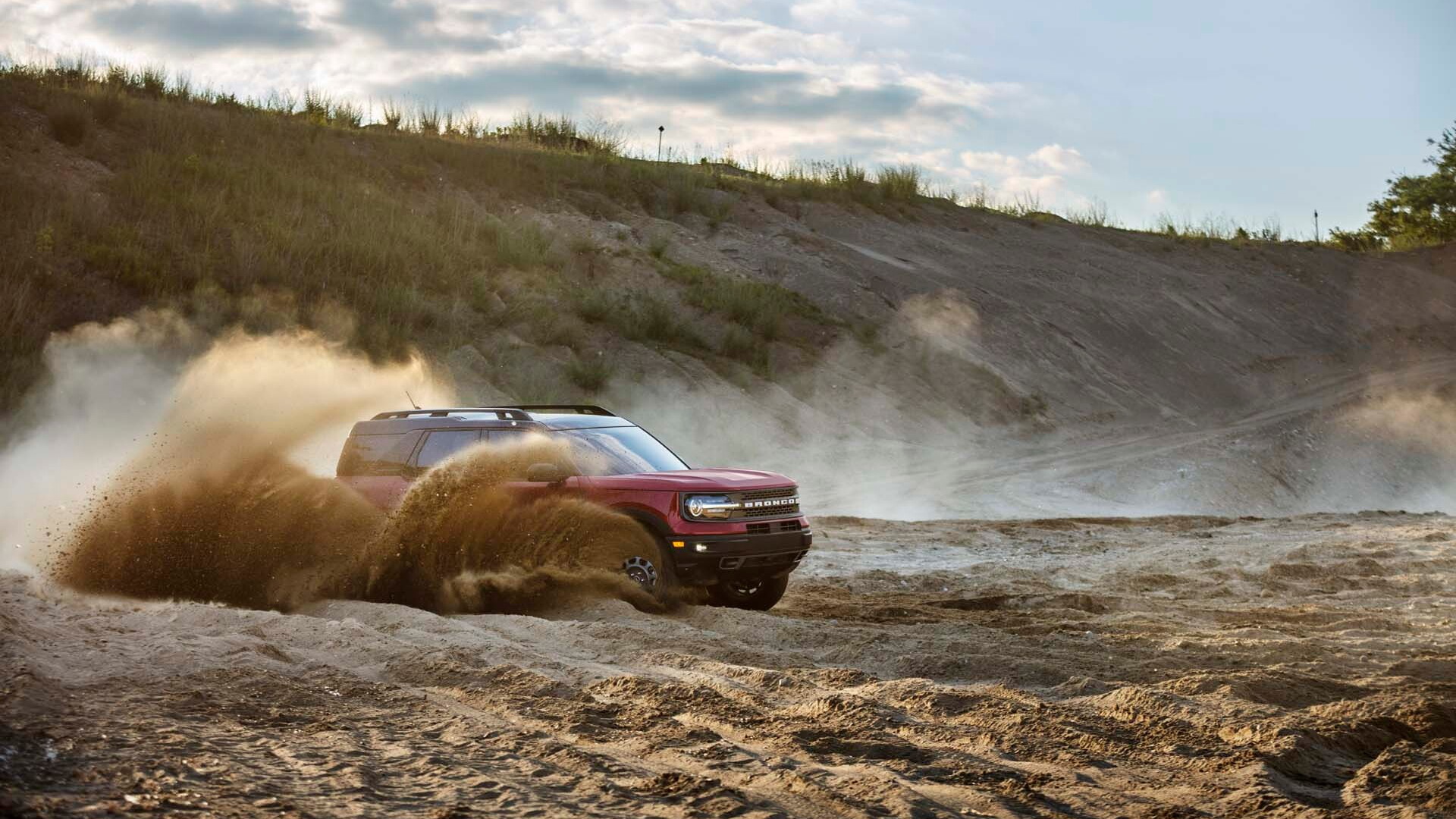 The release of the 2021 Ford Bronco and Bronco Sport have stirred your inner child and you want to get in on the fun. The $100 deposit for either vehicle isn't too daunting, and the excitement of the news has you stoked. But which one is right for you?

The Bronco's base price is for a two-door model, while a four-door starts at $34,695. Every Bronco Sport is a four-door. The Bronco Sport also has more features than the base Bronco, and important safety items are among them.

Every Bronco Sport comes with automatic emergency braking with pedestrian detection, active lane control, blind-spot monitors with rear cross-traffic alerts, and automatic high beams. The Bronco requires moving up to the Outer Banks model to get those features standard and shelling out $40,450 for a two-door or $42,945 for a four-door. At the very least Bronco buyers will have to spend $34,880 for a two-door Big Bend model, or $37,375 for a four-door, and choose the Mid package, which doesn't have a price yet. Expect that package to cost $3,000 to $4,000.

Also expect the Bronco Sport to be the better road vehicle, which is the way most drivers will use their Bronco family vehicles. Based on the unibody structure of the Ford Escape, the Bronco Sport will offer controlled handling, a smooth ride, and likely better fuel economy. Its base engine is a 181-hp turbo-3, which doesn't excite us, so we'd recommend stepping up to the $34,155 Badlands model for its 245-hp 2.0-liter turbo-4.

By comparison, the Bronco's body-on-frame architecture probably will create a trucky, jiggly ride. That will only be exacerbated by the available 33- and 35-inch tires, which will also howl on pavement. For the day to day, the Bronco Sport is the way to go.

While your logical left brain may say Bronco Sport, it's the emotional right brain that will bring buyers to the Bronco. The Bronco Sport will have off-road capability, but the Bronco will have more, especially the $37,545 two-door Black Diamond ($40,040 for a four-door), $43,590 two-door Badlands ($46,085 for a four-door), and any Bronco with the yet-to-be-priced Sasquatch package. Excellent approach, breakover, and departure angles (especially for the two-door), an amazing 33.5 inches of water fording capability, off-road trail maps in the navigation system, tow hooks, and low-range gearing beg Bronco drivers to begin their adventures where the road ends. Off-roading capability is a clear win for the Bronco.

So is design. The retro-inspired Tonka truck styling of the Bronco is more endearing and will likely be the number one reason buyers flock to it. The round headlights, upright looks, big knobby tires, and slotted grille just say fun. The Bronco's modularity is also incredibly appealing, just like the Jeep Wrangler that the Bronco has so squarely in its sights. The removable roof and doors ask you to remove them, throw on a pair of flip flops and swim trucks, strap a surfboard to the roof, and head to the beach. Stripped down, the Bronco's skeletal looks will let everyone see you living your best life.

Expect to pay for the freedom the Bronco will offer. Like the Jeep Wrangler, the Ford Bronco will command prices in the $40,000-$55,000-range by the time people outfit it the way they like.

So, which Bronco is right for you? The Bronco Sport is the practical choice for most buyers. It will be the better daily driver. But if you are really going to hit the off-road trails, want to be in on what appears to be the next "it" vehicle, and love the idea of a convertible SUV, the Bronco is the way to go. Just don't break the bank to buy one.