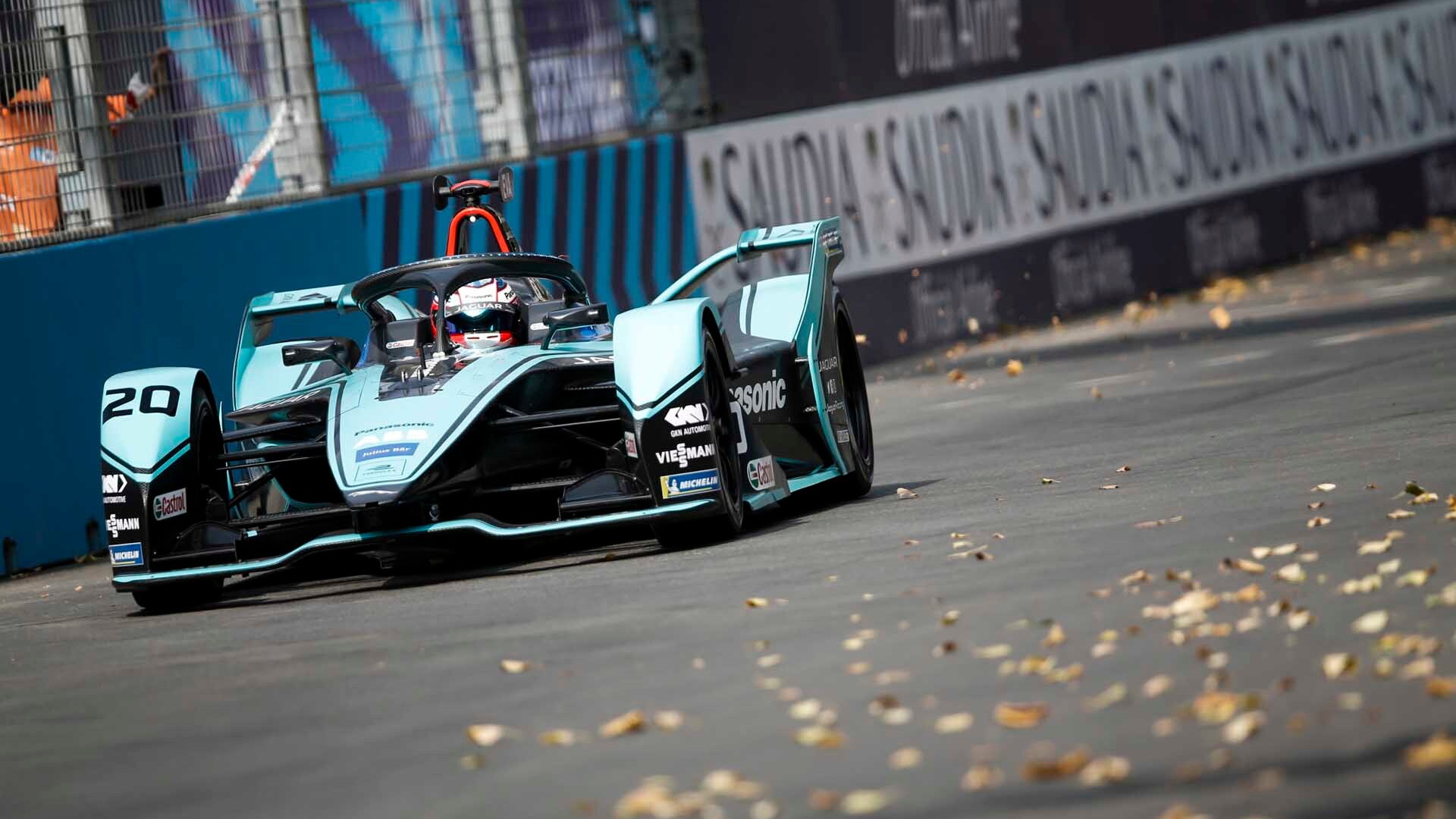 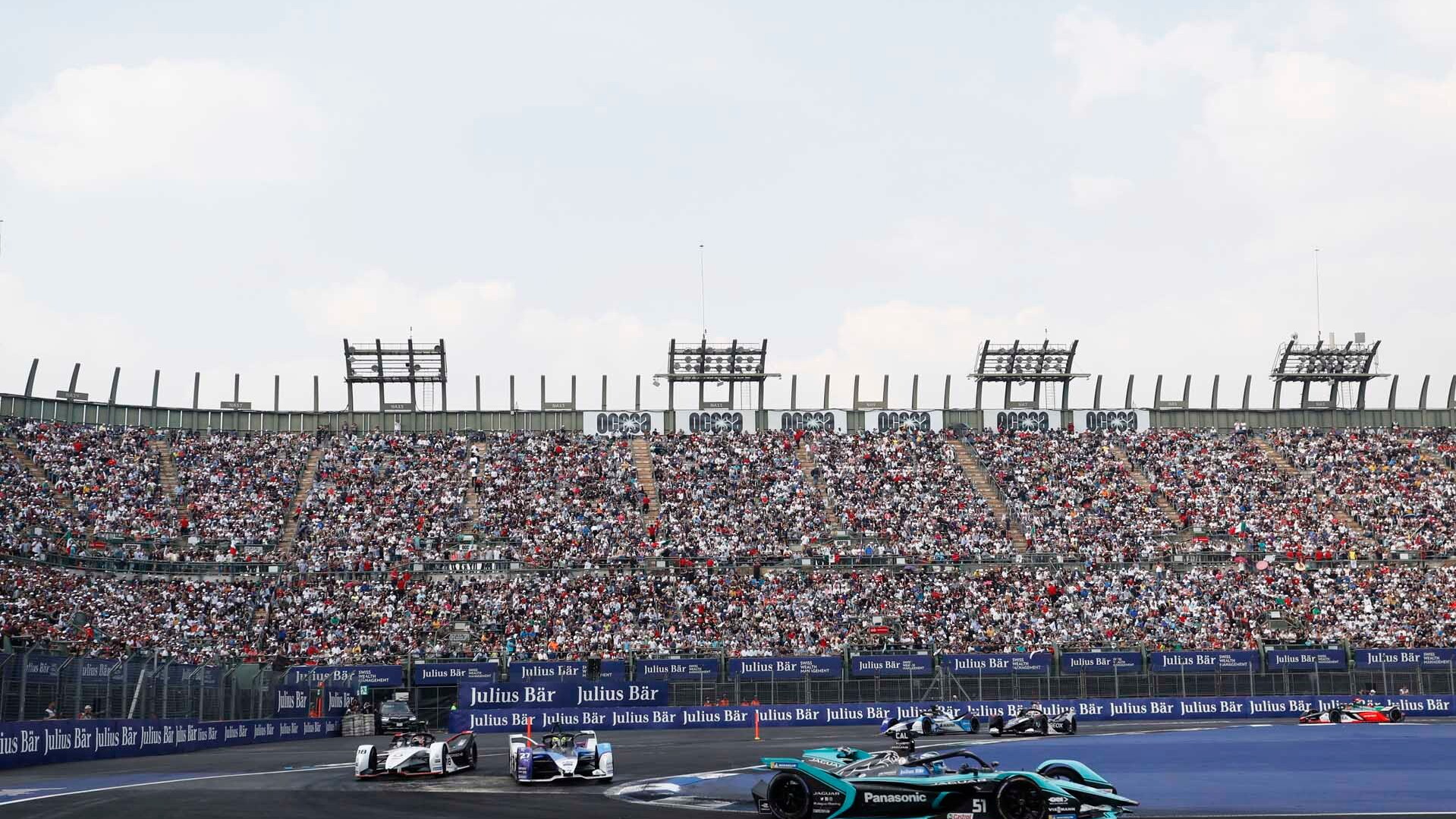 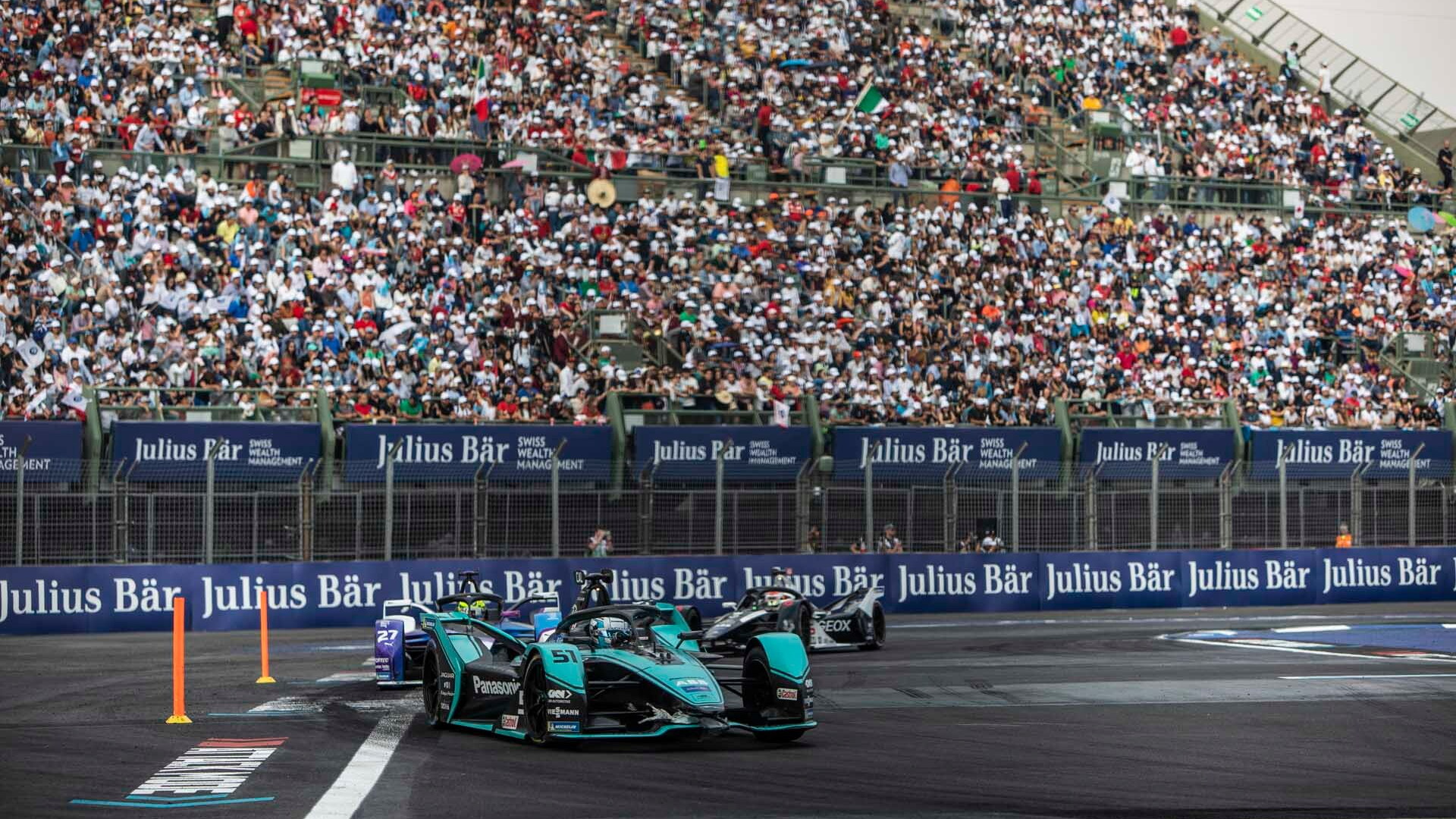 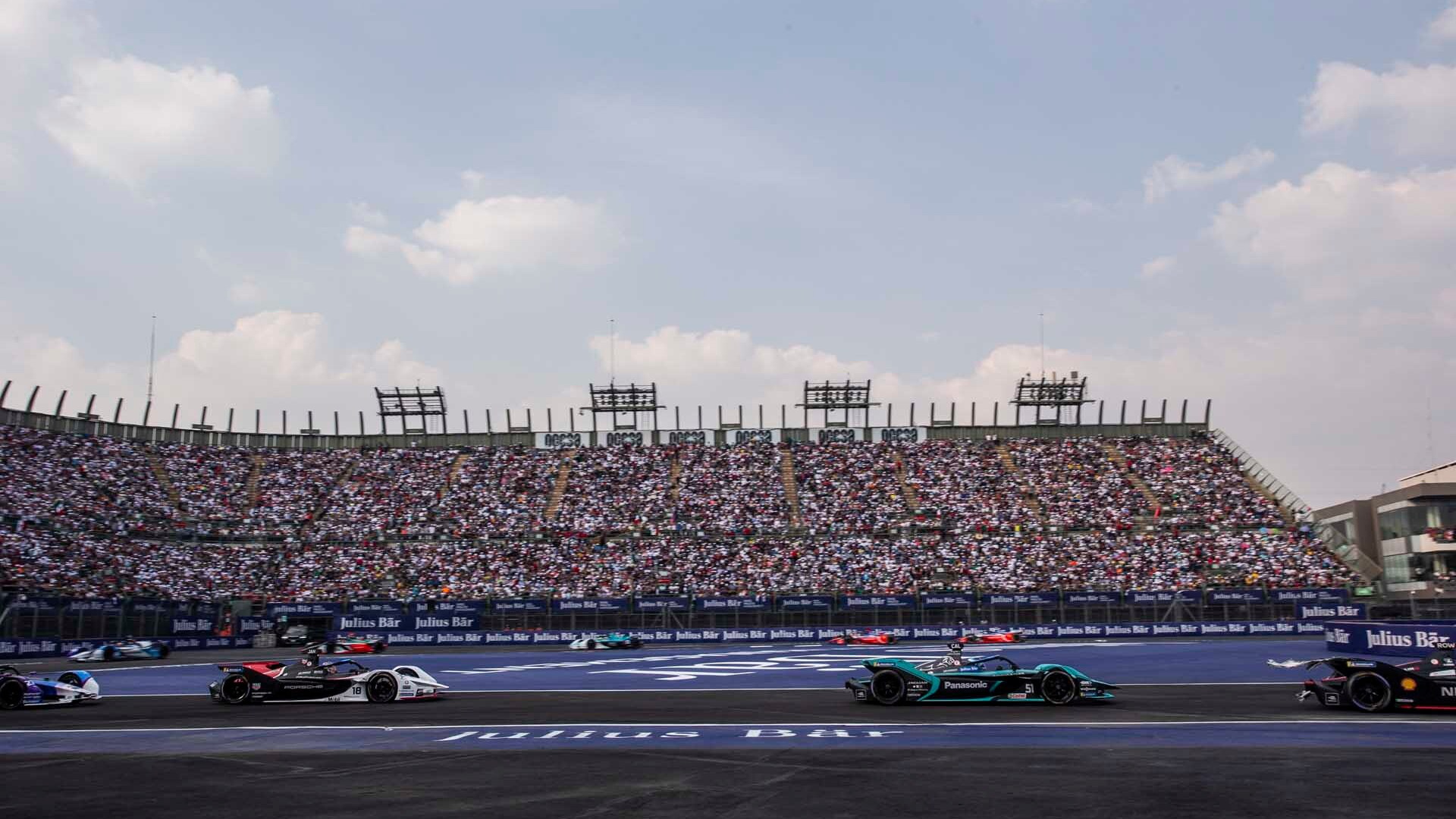 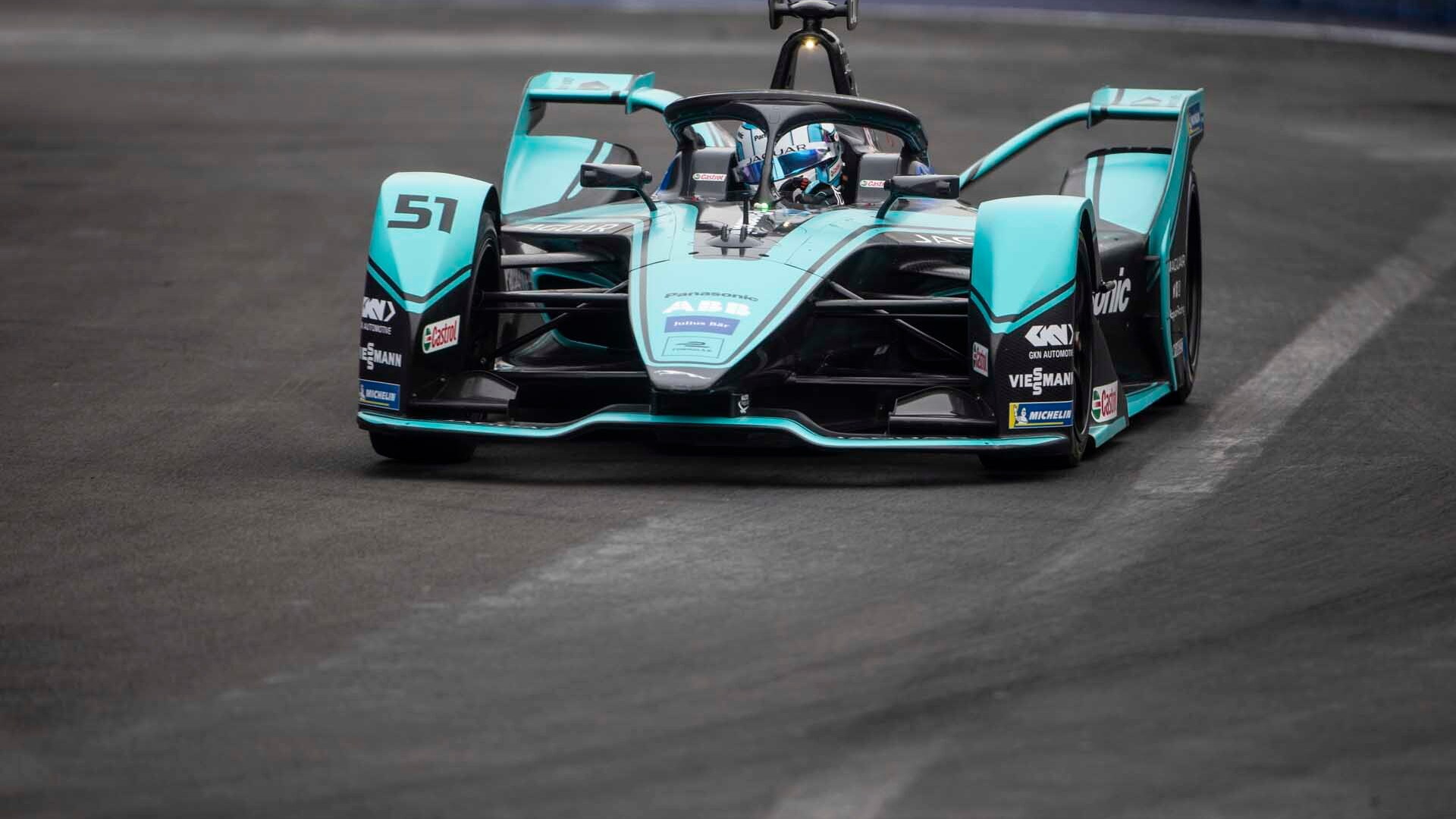 Beau Rivage climbs steeper and faster than any television camera could ever show. Avenue d’Ostende in Monaco climbs more than 120 feet in about 500 yards, a steep rise in many ways. Underneath nondescript apartment blocks, cafes spill out onto the sidewalk and souvenir shops sell T-shirts and postcards with Princess Grace’s face and signature on them. Not far up the hill, those cafes nuzzle up next to yacht sales offices and boutiques—Valentino, Gucci, and Hermes—wedged below modern and newly constructed glass towers. Monaco is one of few places in the world with middle-class millionaires.

Mitch Evans runs past them all in the early morning hours. The Monaco resident and Panasonic Jaguar Formula E driver starts his morning on an empty stomach, running up Beau Rivage, past cafes with store owners winding out their long awnings. He runs past the boutiques, shuttered for now, and past Casino Monte-Carlo, whose card tables and roulette wheels aren’t yet awake.

Mitch runs in the morning from his apartment on the other side of Monaco, before the lights and exotic cars and traffic. Before the din of tourists and passersby drowns out the sounds of the sea.

“What I like about here is you’re never too far from the ocean,” Mitch says with an accent tinged with equal parts California surfer and New Zealander.

It sounds entirely appropriate for someone who’s only 25 years old. Even in one of the most glamorous countries in the world, Mitch can’t stop talking about the beaches, oceans, and hikes from his front door.

But he speaks with a maturity beyond his age. He can’t start his day without coffee—espresso, actually—but his morning run preempts even caffeine. His life during the race season is chaos; the only routine he can keep is dark roast in the morning. In that way, he sounds like the rest of us who’ve reached middle age only by the good graces of joe in the morning.

Today, Mitch is running at 7:30 a.m., about 90 minutes after the sun has peaked over the Mediterranean Sea and bathes Mont Agel in morning light.

For most people, “race car driver” is a fantasy. It’s some abstract idea that someone, somewhere would pluck us from a traffic jam and stick us seaside in South France to drive the hell out of cars. That fantasy appears from the same place as the talent required to get there: out of thin air. Our fantasies don’t have a beginning or end, just the middle where cars and speed and risks and winning are all we can see.

Mitch sees a hill in front of him and another café slowly opening before he can have his coffee.

For him, race car driver is a job. The tools he needs are speed and focus and fitness—everything else is a blur.

It’s supposed to be.

James Calado wakes up at his home outside Cardiff to the sound of the Bristol Channel waters rolling into the sandy beaches in Wales.

James may be Jaguar’s newest driver, but he’s far from new. The 30-year-old Formula E and World Endurance Championship driver’s resume is stacked with wins and top finishes, including a class win at the 24 Hours of Le Mans in 2019.

Like Mitch, James wakes up without an alarm clock these days during the pandemic shutdown. On race days, the morning buzzer may sound at 5 a.m. and it’ll be 20 hours before he’ll see another cool pillow again.

“I’m quite enjoying just being a normal person (during the shutdown),” he says.

Unlike Mitch, James spends these mornings with his wife and daughter before his routine begins. At home, James is relaxed and unscripted—on the racetrack he’s almost the opposite.

His regimen consists of a run on the beach, which is less than 65 feet from his front door, weight training at his gym at home, or a bike ride through the hills and cliffs of South Wales. He’ll ride nearly 200 miles in a week—“It’s a good way to shave the kilos off between races,” he says—pedaling through the hills and trails that he would pass on his motorcycle when he was allowed to ride those. Sometimes James can go hours alone.

“Literally not see one person, or one car, throughout the day,” he says with a rhythmic, Midlands timbre.

James is casual at home—life during two race series barely stops long enough to catch complete breath. It’s a full-time job for James and more; racing is what he’s done his entire life from formula-spec single seaters and sports cars to his first season in Formula E with Jaguar. In his younger days, James looked for every advantage over his competitors—mental and physical—but at 30, he’s moved past that.

“If you don’t enjoy driving the car and relax, you’re not going to race well,” he says with a hint of seriousness. A hard ass with a heart, perhaps.

No pep talks or wall-banging, though: “I get in the car when they tell me to,” he says.

From there, it’s muscles and reflexes developed over a life spent behind the wheel. Like most race car drivers, James started in karts before he was a teenager. By the time he was 15, he competed in European championships across the continent. By the time he was 16, he was driving all over the world. Racing practically has its own chromosome in James.

“I want, more than anything, to go back to normal,” he says.

His normal is G-forces and fans, feeling behind the wheel that he belongs in his element. Although his “normal” life suits him during the shutdown—bike rides and workouts at home—his normal behind the wheel is calling.

It’s his work and he doesn’t take it lightly.

Despite their different approaches, Mitch and James share one thing in common: The two analyze their performances down to the millisecond. Mitch says he watches broadcasts of Formula E races over and over again, looking for time and breaking down competitors’ drives.

“I’ll re-watch the previous race, just to learn something from other drivers or strategy. Just small things that you may have missed during the race weekend that you can put into the back of your mind.

“You always miss something, and it’s nice to see what your opposition are doing. There’s so much you can do,” Mitch says.

James studies the drives, debriefs with his teams, and breaks down everything he can.

Like most people around the world, James and Mitch’s careers have paused with the shutdown. Mitch is currently second in the driver’s standings after a race win in Mexico City and his team is in third place in the constructor’s championship. There’s no timeline for Formula E’s return, and it’s unclear how the season will finish for James and Mitch—if at all.

For now, the pair race at home on simulators provided by Formula E. It’s good for the fans, they agree on that much. But it’s no substitute for the real jobs they’ve worked for their entire lives. They sound like masons playing with Lincoln Logs until it’s time to build again.

“It does feel a lot different, but we’re doing it for a good reason,” says James. “We want to see everyone back to work in motorsport, because it’s their jobs as well.”

“Racing cars is what I know, has been my life for so long now and I love it,” says Mitch.

Until racing returns, he’ll be back on that hill.