General Motors is working on a new Hummer, only this time around it will be sold under the GMC brand and feature a battery-electric powertrain. Yes, a name once synonymous with big, gas-guzzling trucks and SUVs is about to go electric.

GM originally set May 20 as the date for the reveal of the electric Hummer, which will go by the name GMC Hummer EV, but the automaker said Wednesday the reveal has been delayed until the fall.

Despite the delay, GM said the vehicle's development remains on track for a market launch in the fall of 2021. The projected date suggests the GMC Hummer EV will arrive as a 2022 model. 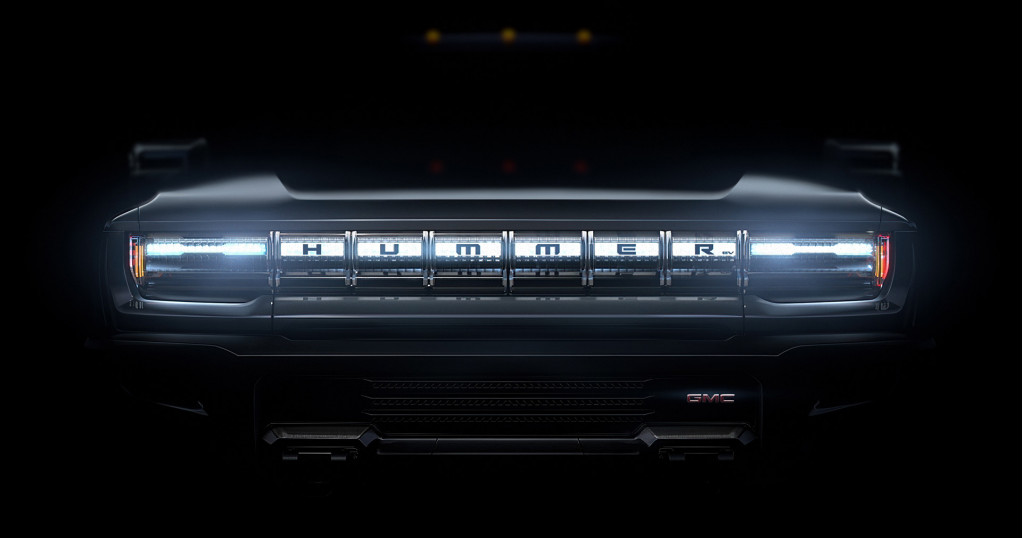 The teaser image above was released in January and shows a new take on the signature Hummer grille. That grille will front a pickup truck packing as much as 1,000 horsepower and 11,500 pound-feet of torque (measured as wheel torque), or enough for 0-60 mph acceleration in 3.0 seconds.

The teaser video below was released in April with an overheard drone shot of the Hummer EV. It's hard to make out much from the video, but zoom in and it's clear there's no top on this Hummer. That's our first clue that the Hummer EV will be available with a removable top.

On Wednesday, GMC released this second video, which provides a better look at a clay buck of the Hummer EV along with a prototype with its large frunk open and removable roof off. The removable roof, which GMC calls an Infinity Roof, appears to be a dual T-top design.

Making the reborn Hummer possible is GM's new BEV3 modular EV platform and Ultium batteries. BEV3 is GM's third-generation EV platform which is flexible enough to spawn everything from subcompact cars right up to large SUVs and pickup trucks. The Ultium batteries meanwhile will range in size from 50-200 kwh and include both 400- and 800-volt designs. The latter will enable an 80-percent charge to be completed in less than 30 minutes.

Production of the GMC Hummer EV will start in fall 2021 at the Detroit-Hamtramck Assembly plant, which is being transformed into a dedicated site for EV production. An SUV version configured for off-roading is also coming.

Fellow GM brand Cadillac has also delayed the reveal of a vehicle based on the BEV3 platform, the Lyriq electric SUV which was meant to be revealed in April. In late June, GM announced the Lyriq will be revealed on Aug. 6. Production will start in 2022.