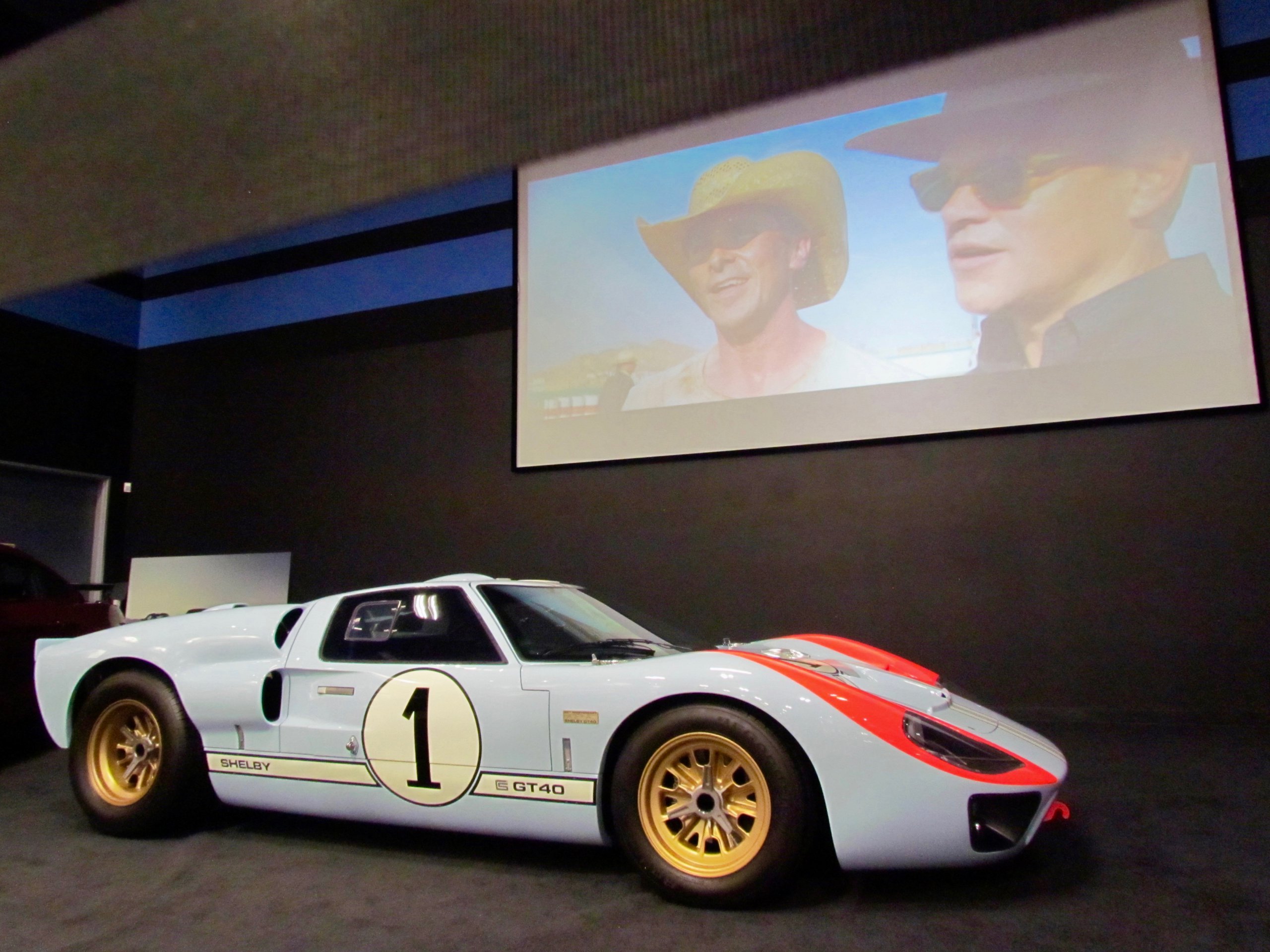 Asked to identify the stars of the Oscar-nominated film "Ford v. Ferrari," you’d likely respond with the names Christian Bale and Matt Damon. Indeed, they were the A-list movie stars who played the two leading roles, Ken Miles and Carroll Shelby, respectively.

But when it comes to the “reel stars” of the movie, at least from an auto racing perspective, the correct answers are Robert Nagle and Tony Hunt. 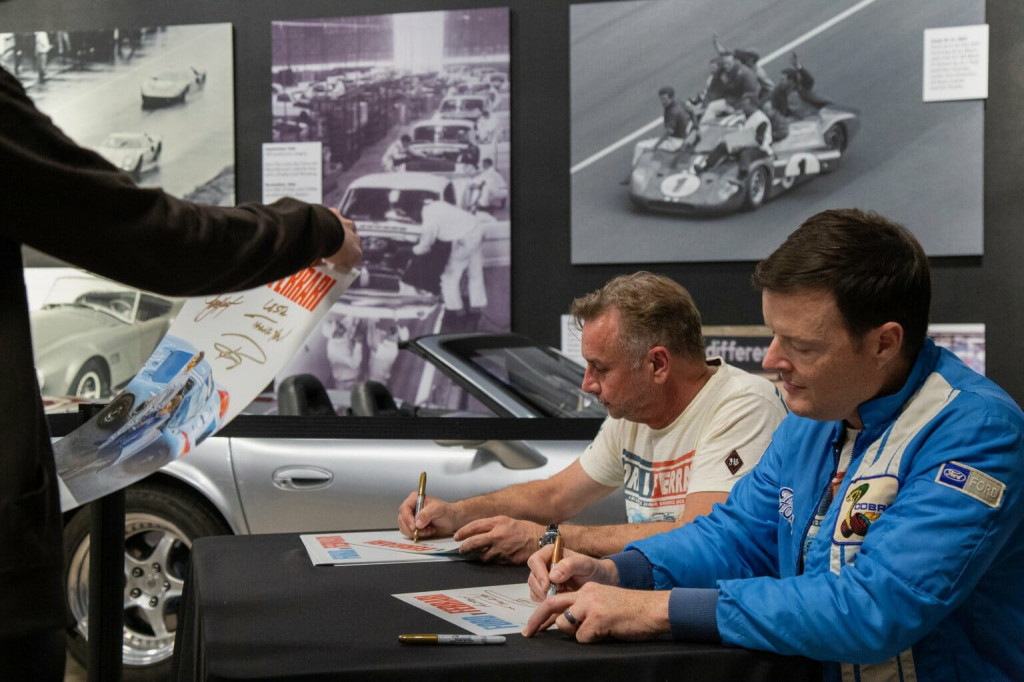 You may not have heard of them until now, but Nagle was the movie’s stunt coordinator and Hunt was the driver handling the cars supposedly being driven by Bale as Miles.

One reason the movie has been such a success, both with the audience of Hollywood story fans and with a car-savvy contingent, is that while director James Mangold knows how to share a story, he also knows he’s not a car guy, so he relied on Nagle to bring the on-track excitement to the big screen.

Nagle and Hunt were in Las Vegas this past weekend as part of “The Perfect Lap” promoting the movie’s release February 11 on DVD, Blue-Ray and for download. Even before then, they and others will learn on February 9 whether the film wins any of the four Academy Awards for which it has been nominated. It also was revealed at the Vegas event that the musical score from the movie will be released as a vinyl record.

The promotional tour’s visit to Las Vegas, just one of several stops, took place at the Shelby Heritage Center, where Shelby Mustangs and F-150s are assembled and where there is a weekly Saturday morning Cars and Coffee Las Vegas gathering in the parking lot. 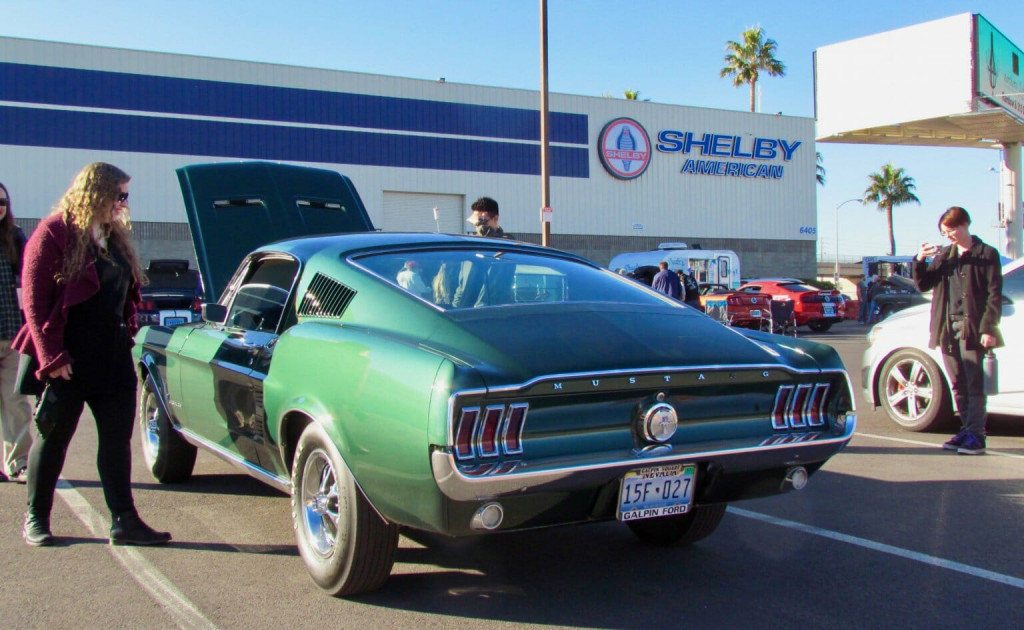 Nagle raced in sports cars until he ran out of money. It was about at the end of his racing career that he met a move stunt coordinator who invited him to do some driving in The Dale Earnhardt Story, a made-for-ESPN movie.

He recalled a Saturday morning telephone call from Mangold, inviting him to meet Monday morning, and two weeks later they were in production. His duties as stunt coordinator ranged from finding such drivers as Hunt and designing and choreographing the racing scenes. 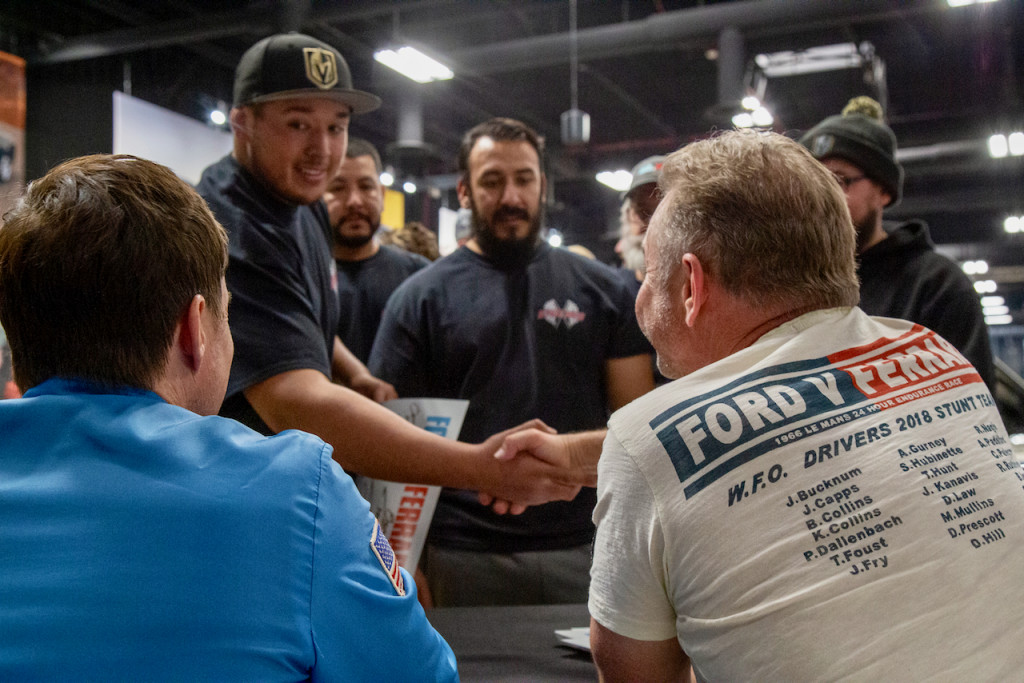 The movie’s opening scenes take place at a race at the Willow Springs race track in Southern California, and since the race that is portrayed never actually happened, Mangold turned to Nagle to create the story and to stage the action. He wrote and choreographed the scene, which was transformed into an animated version, and finally was filmed with real cars.

Nagle said his job, and that of second-unit stunt director Darrin Prescott (who also played the role of Bob Bondurant in the movie), is “making it look very exciting and dangerous, but also making it safe (for the stunt team).”

Regarding the driving team for "Ford v. Ferrari," Nagle said there were special challenges since the cars they were using – Ford GT40, Ferrari P3 and Porsche racing cars – are from a previous era and the cockpit dimensions of those vehicles limited who could fit inside to drive them.

Anyone taller than 6 foot couldn’t fit in the GT40 and you had to be 5-foot-8 or shorter to fit into the Porsches. Plus, he added, “you also needed people with his level of talent.” 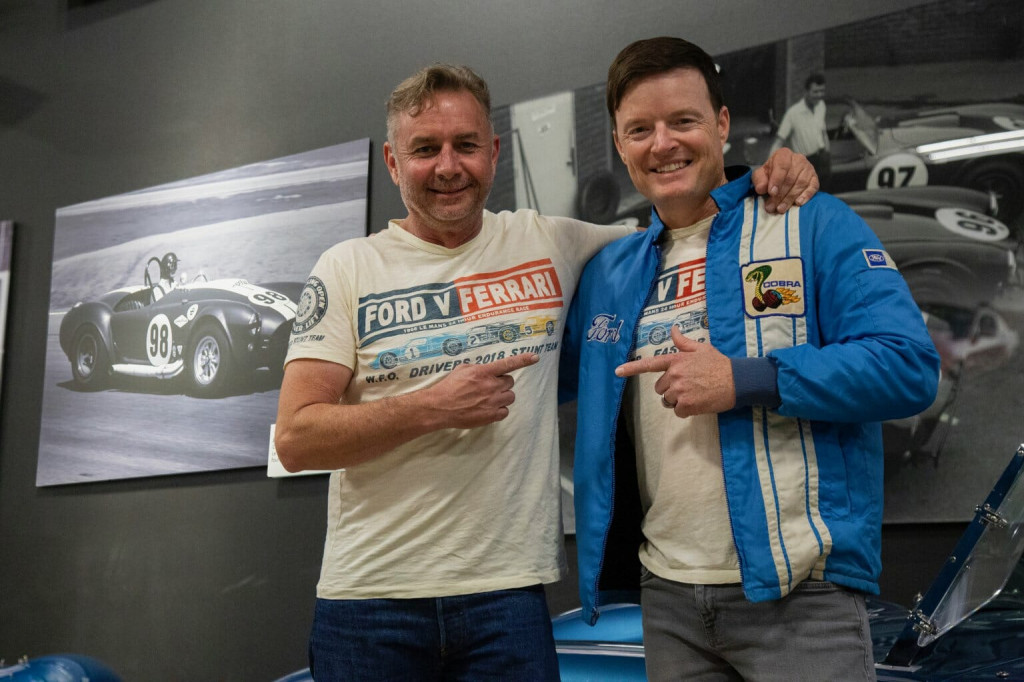 The “his” in this case is Tony Hunt. Hunt grew up with auto racing. His grandfather, Joe Hunt, was an Indy car mechanic turned car builder turned car owner with a 45-year career that included fielding cars for Tony and Gary Bettenhausen, Jim Hurtubise, Joe Leonard and Al Unser. Tony’s father, Tom, not only raced but served as vice president of the U.S. Auto Club.

Tony started racing quarter-midgets, moved into formula cars and midgets and sprints (he was a multiple USAC winner) and then stock cars. He was racing stock cars in North Carolina and trying to figure out how to move up to the next level of the sport when he was invited to drive a car in a commercial being shot at Darlington Raceway.

He also did driving in an episode of the TV series 'Coach" and then followed with a series of eight movies, from "Herbie Fully Loaded" to "The Fate of the Furious," "Venom" and "Ford v. Ferrari." He’s also driving in "Fast & Furious 9," which could be known simply as "F9" by the time it opens in theaters in May 2020. 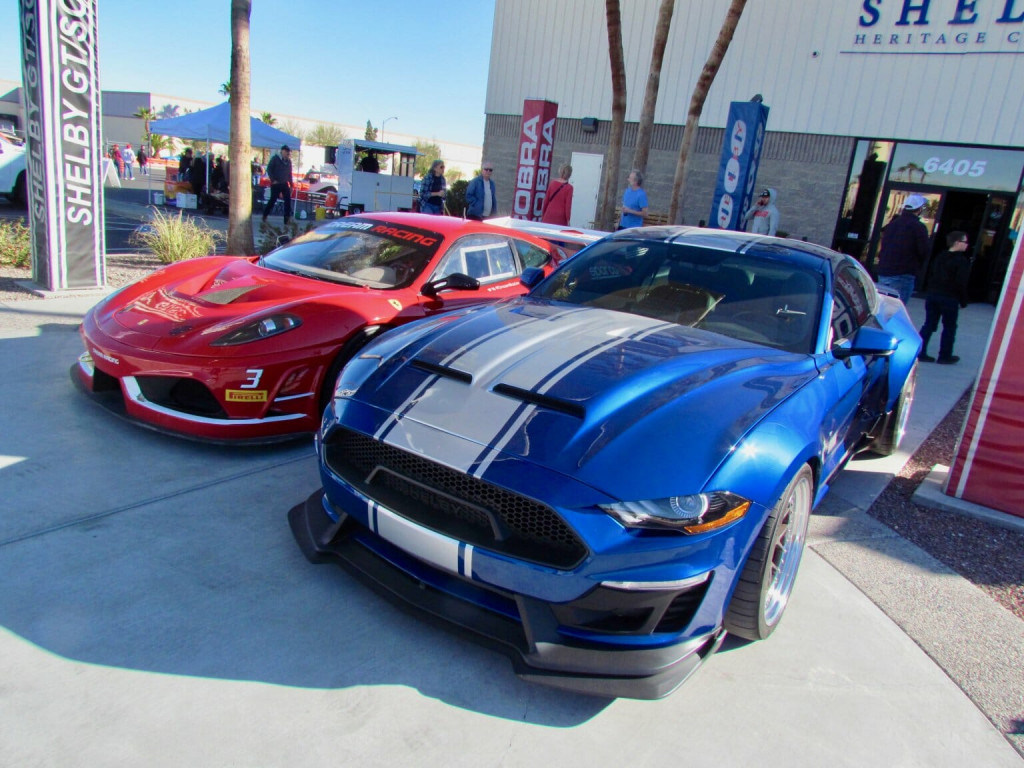 Hunt said he finds the same sort of intensity and adrenaline rush doing movies as he did on the race track. However, he said, and Nagle agreed, you have to be more flexible in movie work. Racing has a schedule. Drivers know what time qualifying takes place, what their race-day schedule will be.

In movie work, “your life changes with a phone call,” Nagle noted.

Hunt said that while there are detailed scripts even for stunt drivers, things are constantly being revised and suddenly you’re no longer on page 19 but must jump to page 62. As for a work schedule, shooting days typically run 16 hours and, in the case of "Ford v. Ferrari," that’s 16 hours in the hot and humid conditions of summertime in Georgia.

But Hunt said he especially likes working on a film such as "Ford v. Ferrari" because of the way it pays homage to the sport’s history. He also said he’s honored to be part of a movie that has been so well-received, and not only by racing and car enthusiasts but a much-larger general audience.

“As time goes by,” he said, “I think we’re going to appreciate this more and more.” 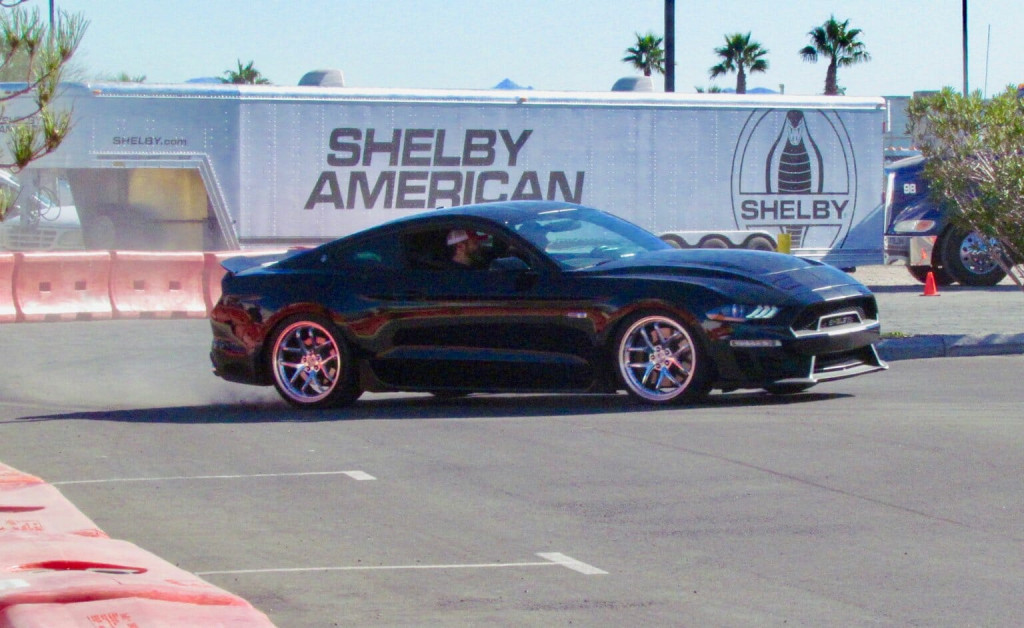