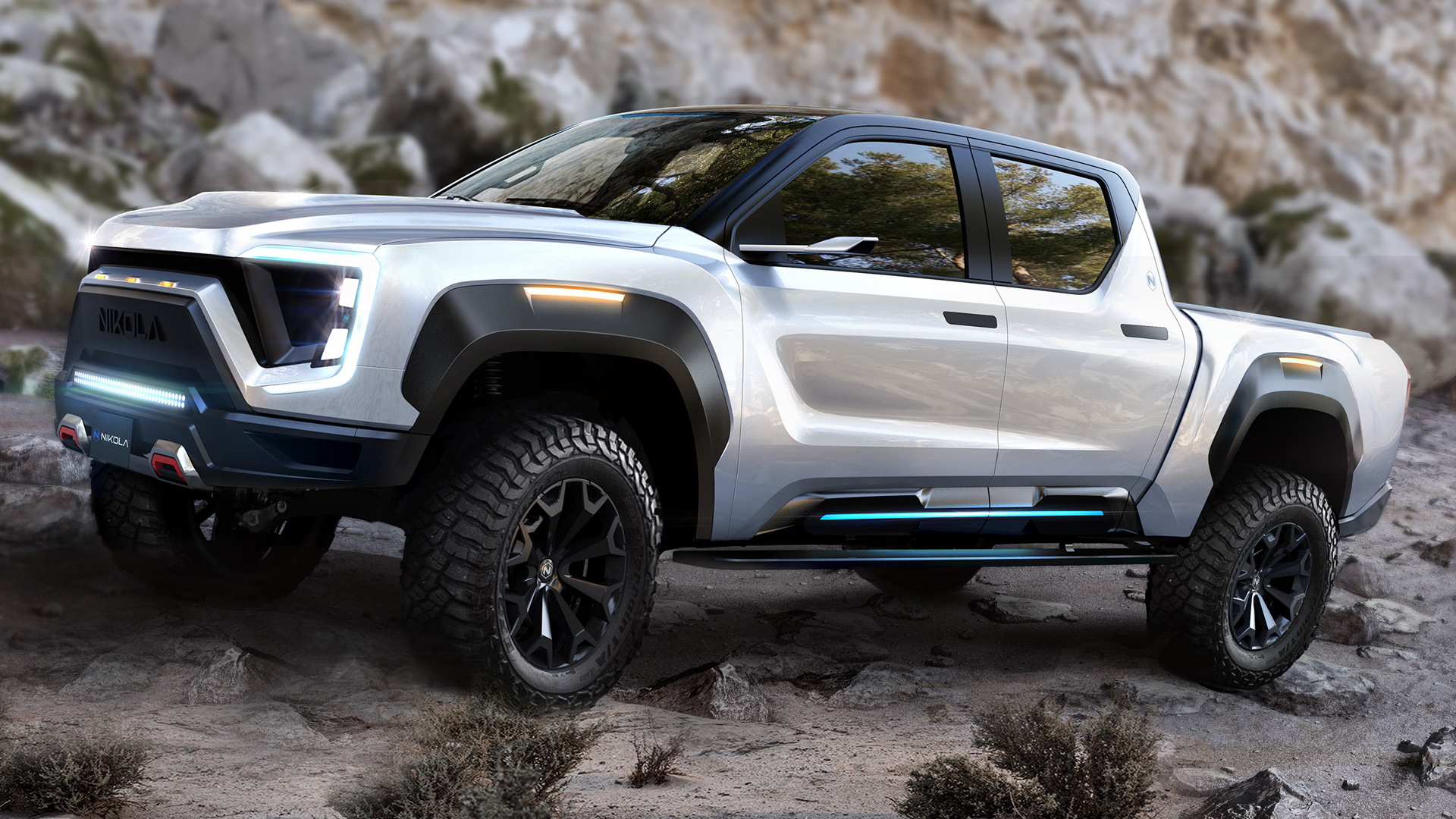 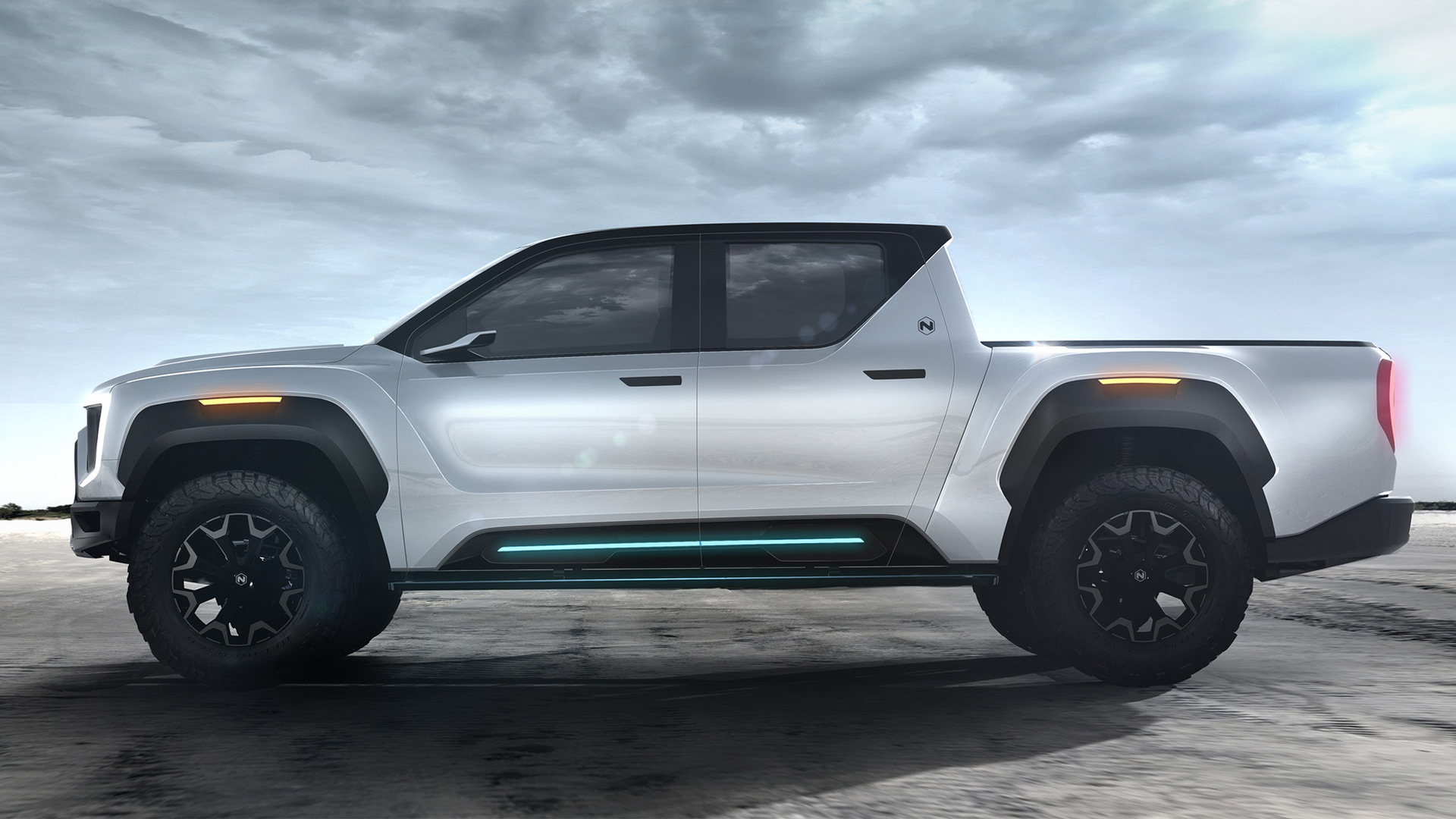 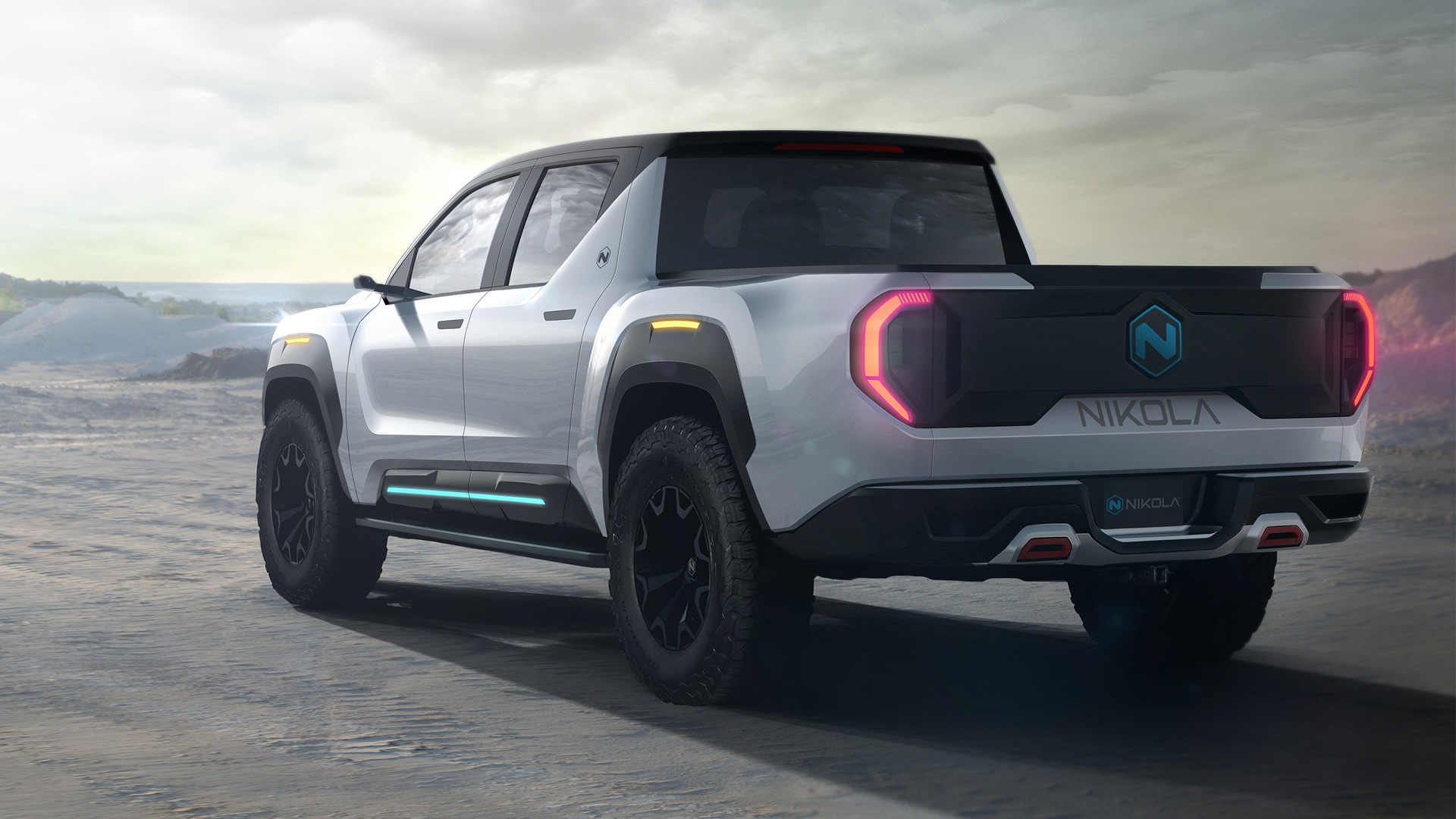 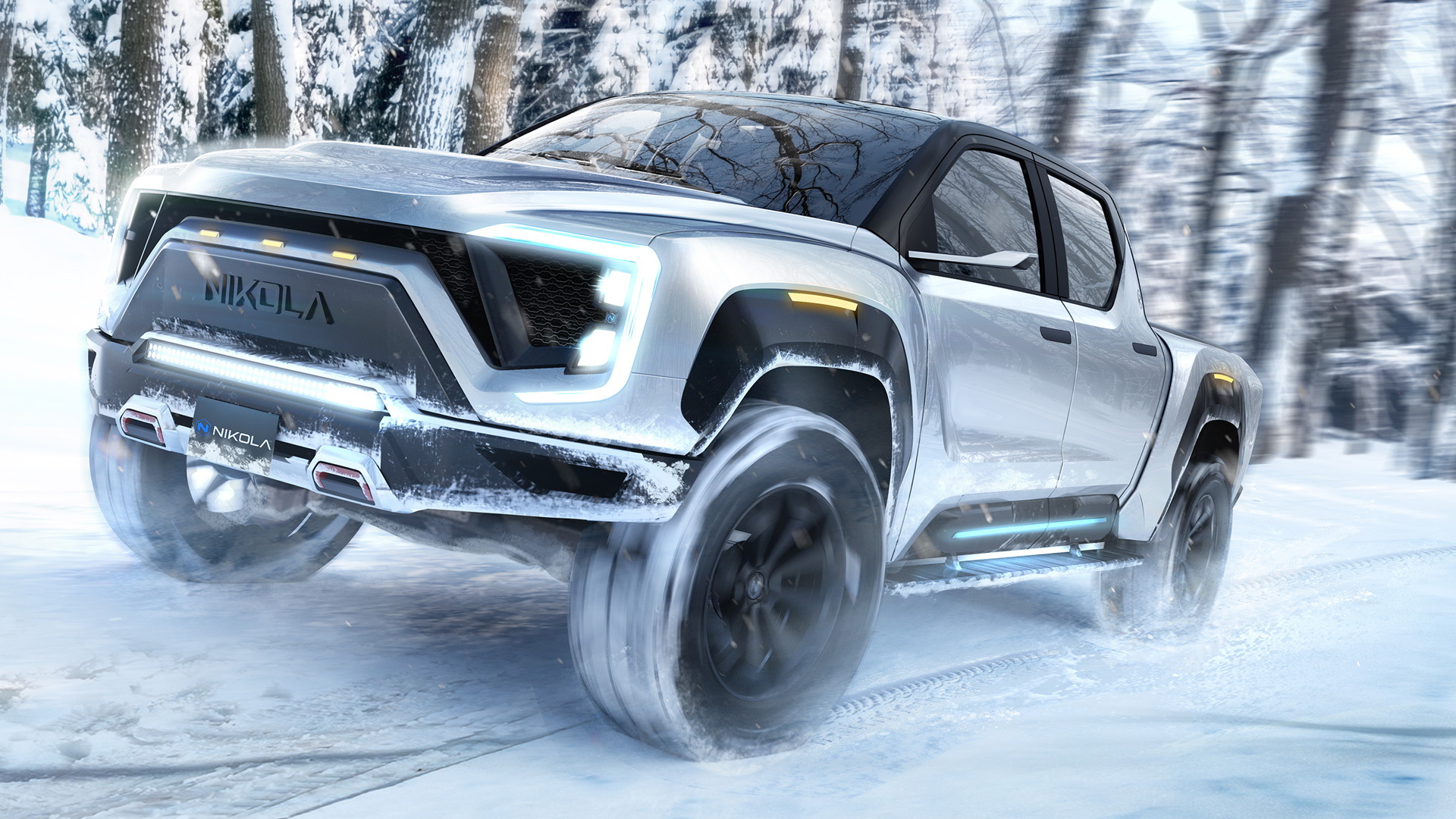 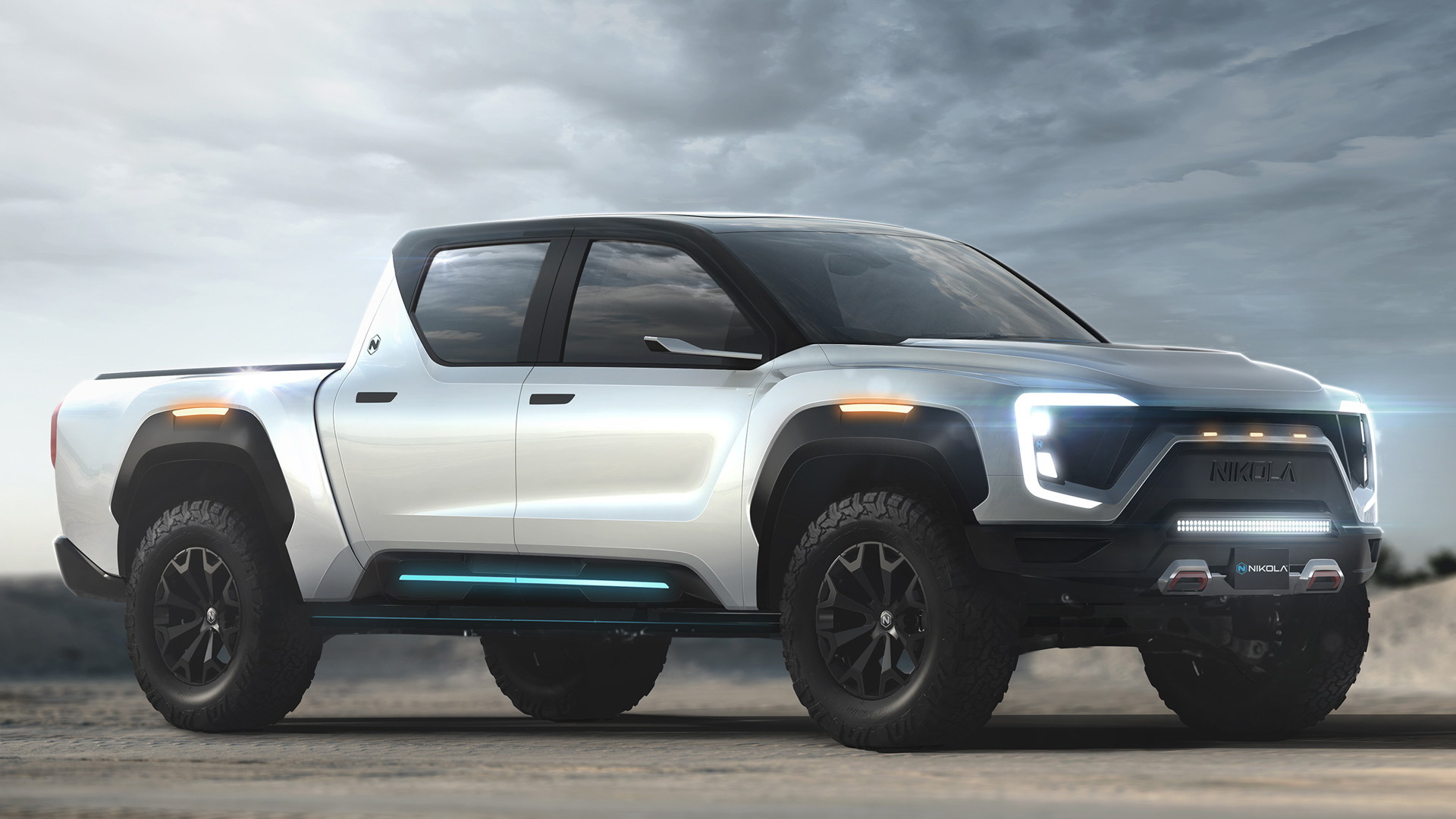 A company known for its electric semi-trailer trucks has previewed an electric pickup truck due to be revealed in September.

The company is Nikola which first burst on the scene in 2016 when it unveiled the One, a class eight semi fitted with an extended-range electric powertrain—where the range extender was a hydrogen fuel cell stack.

Nikola has since launched two more extended-range semis (Two and Tre), a couple of battery-electric ATVs, and announced plans to establish its own hydrogen fueling stations across the country. The company plans to source its own hydrogen from solar farms that generate the fuel via electrolysis of water.

The pickup truck, which goes by the name Badger, will also feature an extended-range powertrain with a hydrogen range extender. Nikola promises a range of 300 miles from the battery alone and an additional 300 miles when hydrogen is also used.

The pickup will be big, spanning some 232 inches in length, but it will offer supercar-like performance thanks to a peak output of 906 horsepower and 980 pound-feet of torque. This will be enough to see the pickup sprint to 60 mph in 2.9 seconds. Towing capacity will be 8,000 pounds.

No other company has revealed an electric pickup with a hydrogen fuel cell range extender, though there have been plenty with pure battery-electric pickups. Even the major automakers are getting in on the game, with General Motors to reveal a new GMC Hummer EV in May and Ford committed to launching a battery-electric version of its redesigned F-150.

There's also Tesla with its Cybertruck, though the odd styling of this model puts it in a class of its own.

Nikola is yet to start production of its trucks but the company already has more than 13,000 pre-orders. The company has said it plans to construct a plant in Pinal County, Arizona, and is aiming for the site to be at full capacity by 2024, though a start date for production is yet to be announced.