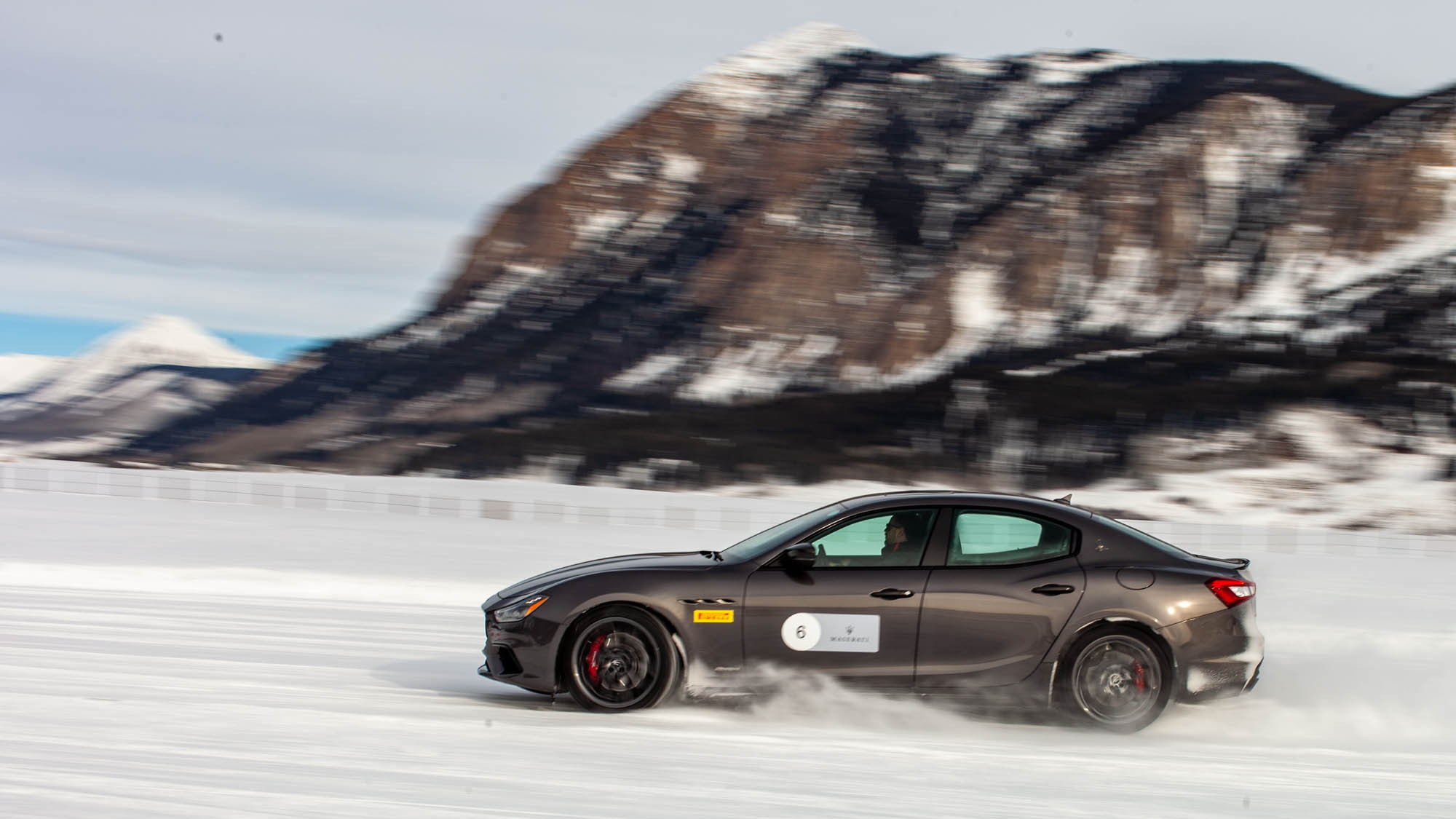 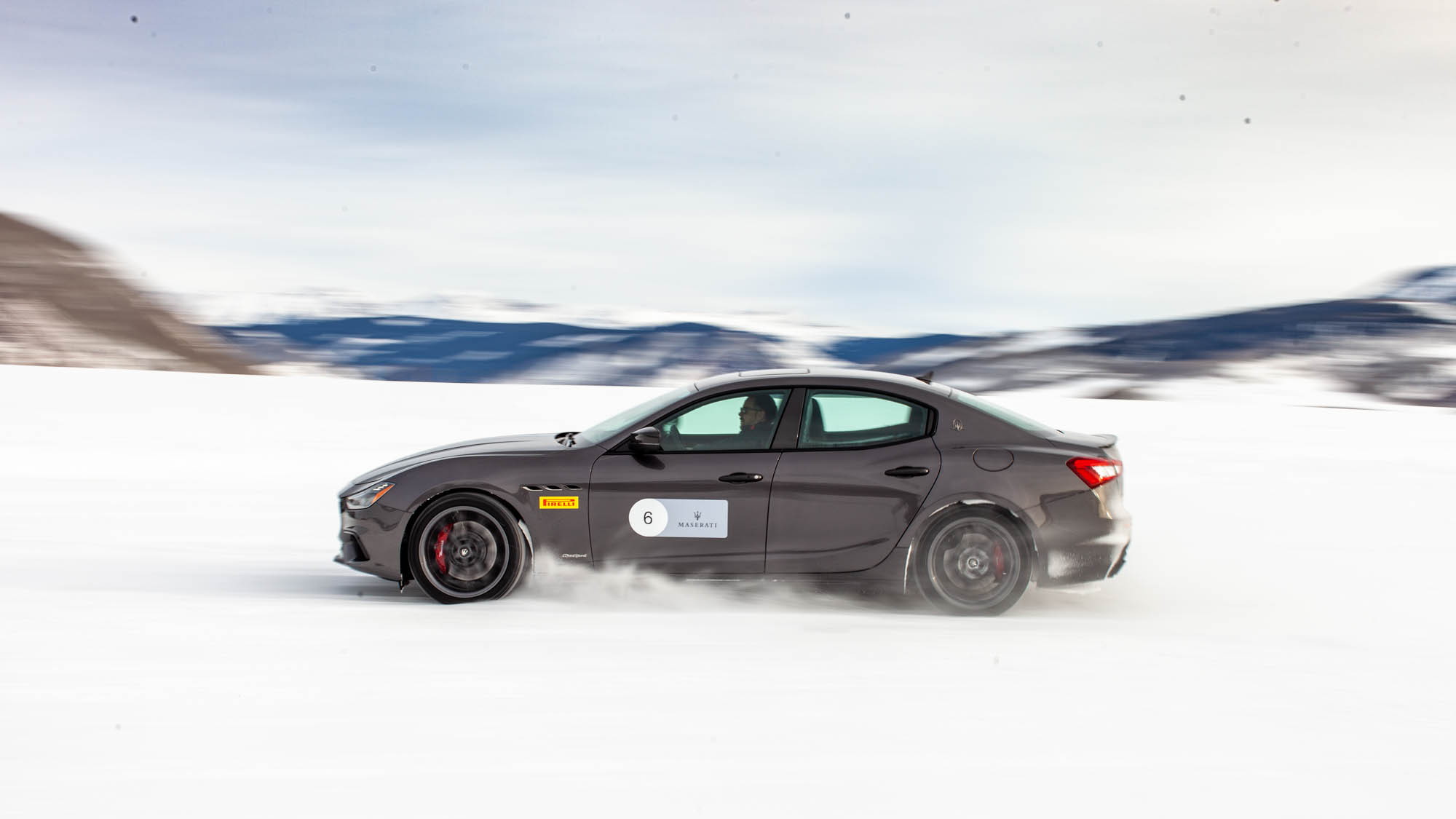 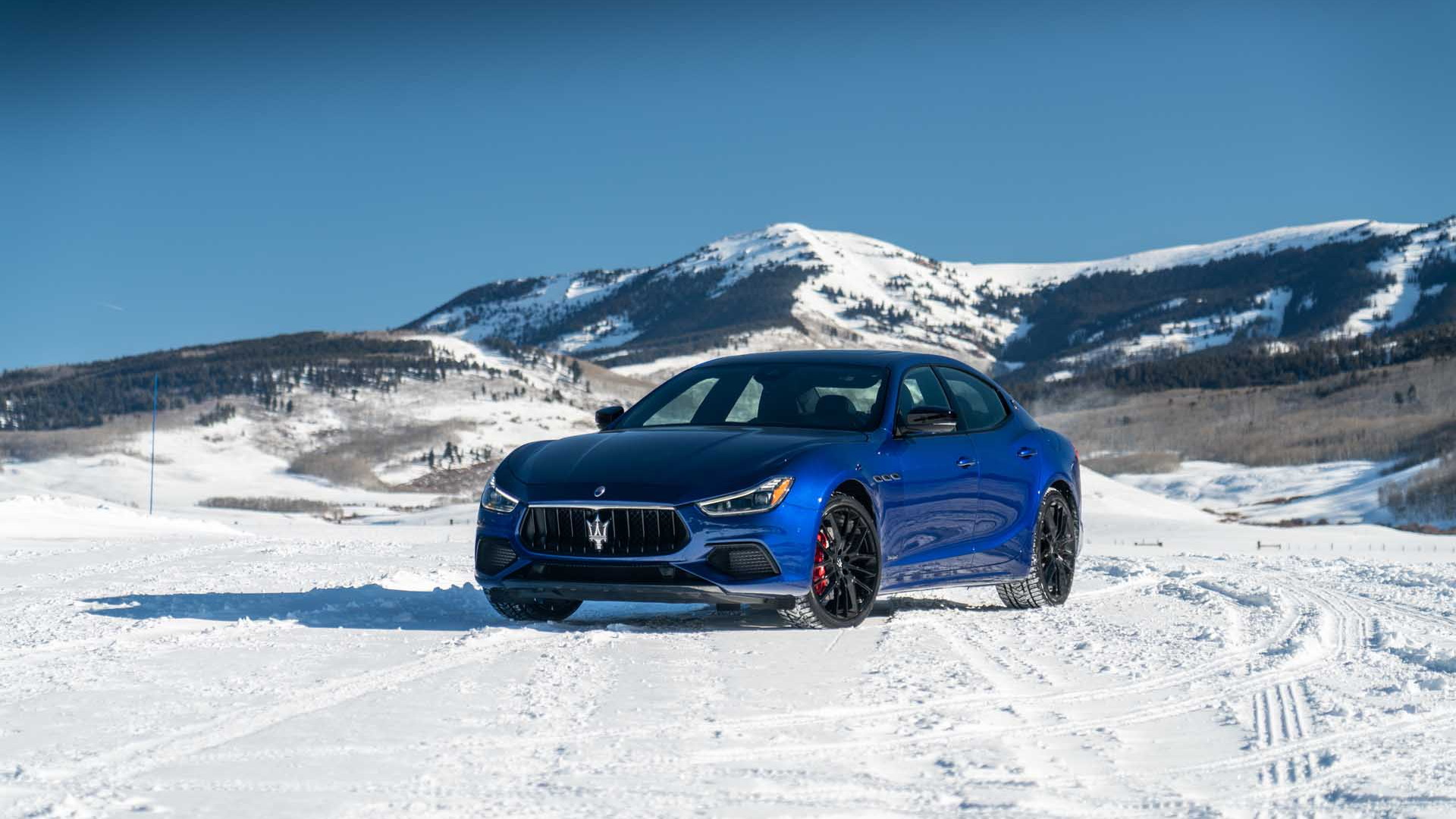 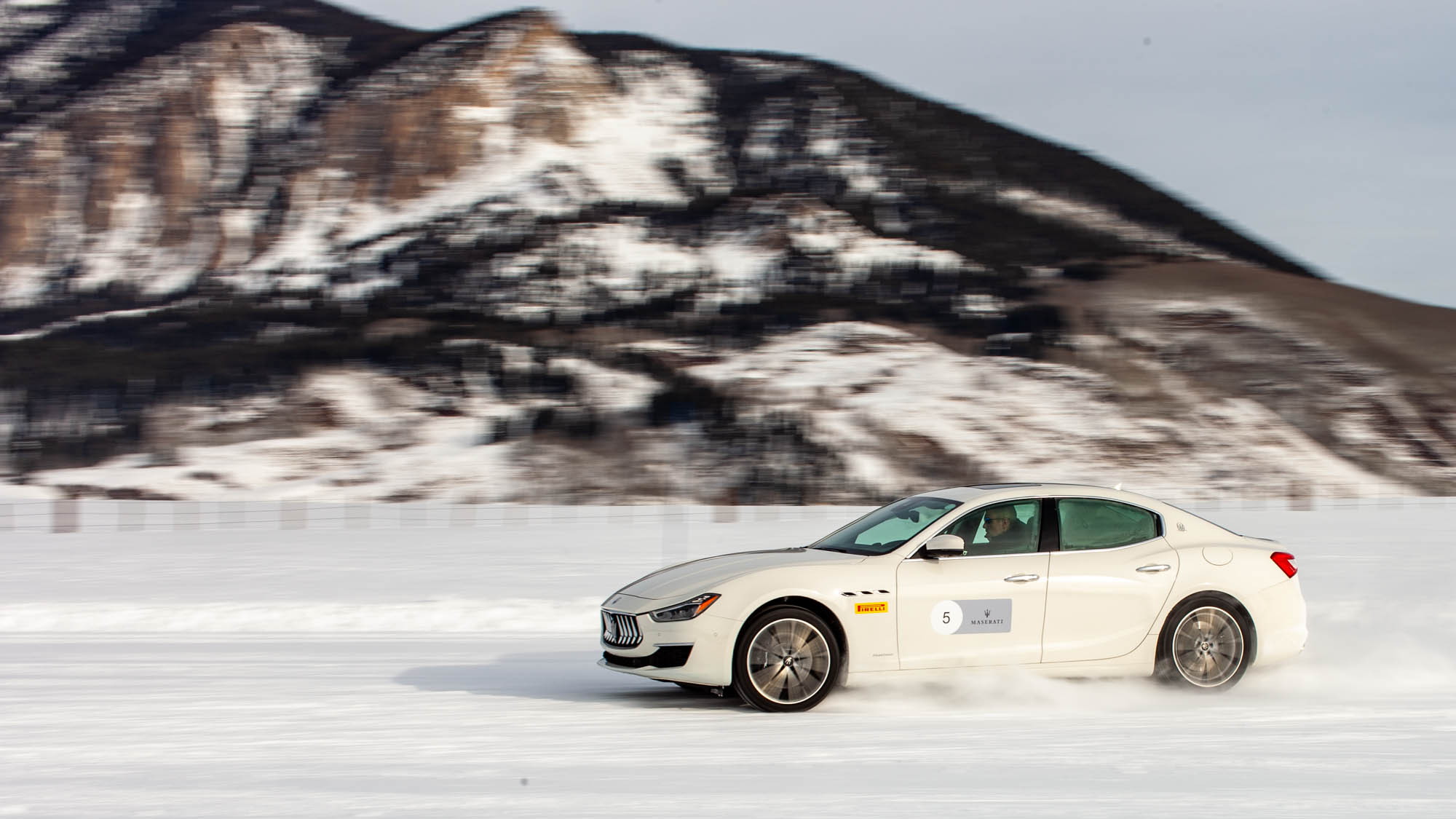 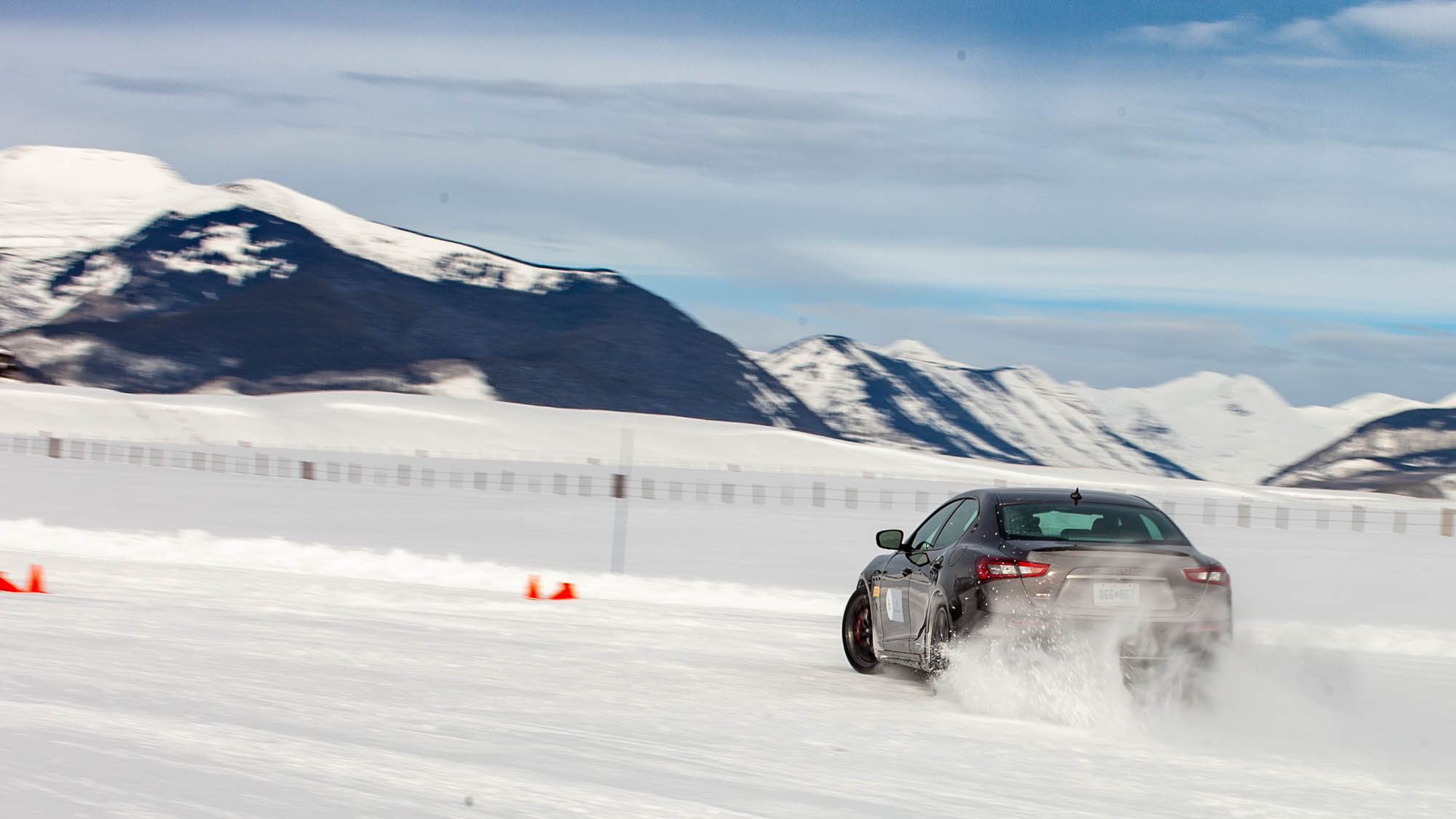 Country clubs in Augusta, Georgia, are less intimidating than racetracks for novice drivers.

That much is clear at every track in America where tire smoke mixes with gas fumes and dirty asphalt to welcome newcomers with a hard slice right through their confidence.

There is one exception: A warm welcome at an ice-cold track. Across the country, from now until sometime in early spring, ice tracks offer drivers young and old their chance to break into performance driving.

Even the term “performance driving” sounds intimidating. It’s closer to advanced driver education, minus the 9th-grade social studies marm clocking overtime and stabbing a chicken brake in an abused minivan.

Performance driving is a solitary sport, like golf or boxing, that requires intense concentration and repetition. Strip away the smoke and gas fumes, and each lap is a course in concentration and constant improvement. Too much speed on a dry track can be debilitating and costly, which is why the fluffy snowbanks of Crested Butte, Colorado, are an ideal place to start.

Maserati, like other automakers, hosts an annual winter driving school for customers and clients—anyone looking to push a 2020 Levante GTS’s 550 horsepower V-8 to its limit, safely.

Crested Butte couldn’t be a better setting. The small, mountain getaway tucked into the East River Valley of Colorado, north of Gunnison, west of the Collegiate Peaks, and south of nowhere, is one of the last great unspoiled mountain towns, although its secret is getting out.

A fresh blanket of white snow covers a field near Colorado State Highway 135 layered with ice sheets to small hills. The circuit, which is maybe a half-mile long, has just six corners: four left turns and two right turns. Wide sweepers open into straights with more space than the Champs-Elysees—far wider than any paved track.

Winter driving schools are proof positive that there’s just as much steering to do with a right foot as there is with a steering wheel. Tucking a nose into a corner and blasting the Levante GTS’s fun pedal can push the SUV wide in a big, snow-clearing flurry from the rear wheels. Grins surely follow. From there, drivers find more graceful ways around each corner, until the end of the day when they’re neatly carving each corner with the precision that’s difficult to master on a dry track. Judicious throttle? Sure. But faster. Much faster.

Despite his tall frame, Ryan Hall is a whiz with small cars. He’s a Mazda MX-5 champ with 20 years behind the wheel of race cars. He’s spent the last 15 years coaching other drivers and lives 30 minutes away from Lime Rock Park in Connecticut, the spiritual home of grassroots road racing in America. He knows what he’s doing, and the way he drives proves it.

“Anything that you do out here is magnified—good or bad,” Hall says.

Car control is what happens when drivers run out of grip, he says. On a high-speed, high-stakes road course like Lime Rock losing control of a car can mean spinning out on the grass, or worse. On a low-speed, low-stakes winter course, losing control means getting a tow from a Ram pickup with chains on the rear tires, and back on the course in just minutes. Egos mend quicker and cheaper than sheet metal.

“You use the same technique out here as you would on a dry track, it’s just the limit is higher (on a dry track),” Hall says.

Strip away the speed, and racing is just managing weight, he says. Pile on to the brake pedal and weight transfers to the front of a car, making turn-in sharper and more precise. Jam on the accelerator and weight transfers to the rear, back to the wheels that normally produce the most acceleration. It’s a dance between the two, front to rear, inside and out, at each corner.

On snowy tracks, the speeds are lower, but the weight transfer is more apparent and critical. Those snowy slides? They look great, but they’re mostly for show. Corralling the rear end of a car is critical to overall control, snowy slides are more exaggerated but mostly mimic what happens in the real world.

Hall calls over the radio to praise a driver’s “Jackie Chan hands” in an expertly driven corner around the circuit, which is less about how fast the driver’s hands are moving the wheel and more about how precise each turn of the wheel is. Slower is faster, as it relates to hand speed, and every movement counts around a corner.

“There are a lot of guys that can’t get faster on a track because their car control skills aren’t there,” Hall says. “Get your feet wet driving—then get some skidpad practice.”

On the ice, a skid pad turns into a crucible for car control. Too fast on the throttle or behind the wheel, and the tail wags quicker than a happy Labrador. Turn after turn, and cone after cone, even 550-horsepower Maseratis become pliable and predictable—their big V-8s bellow into the nearby hills with satisfaction, filtered only by a small ranch or two far off in the distance.

Crested Butte won’t appear on many race drivers list of places they’d like to drive, but they should.

It’s better than any country club, and far more approachable.

Maserati provided lodging to Internet Brands Automotive to bring you this firsthand report.