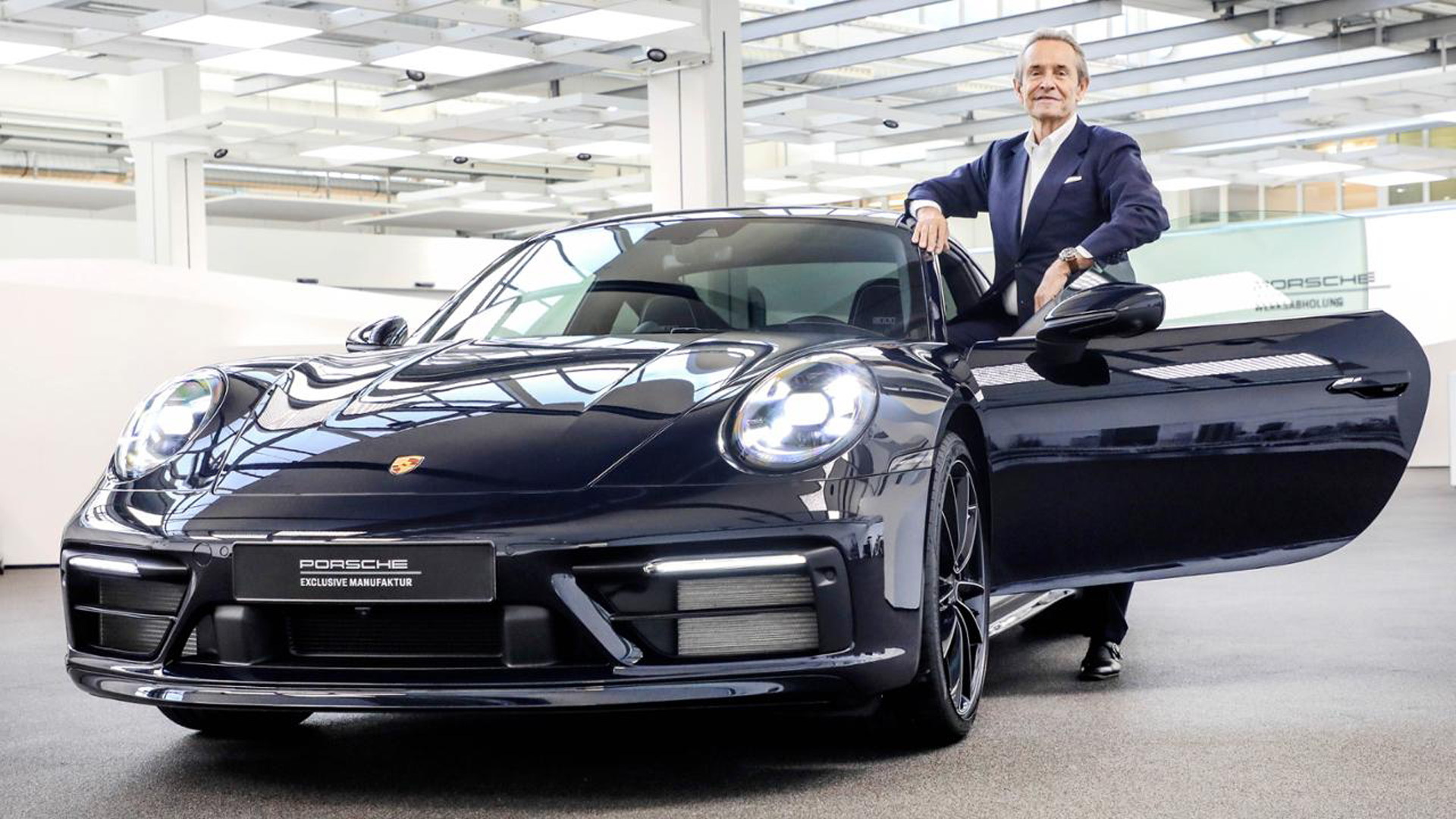 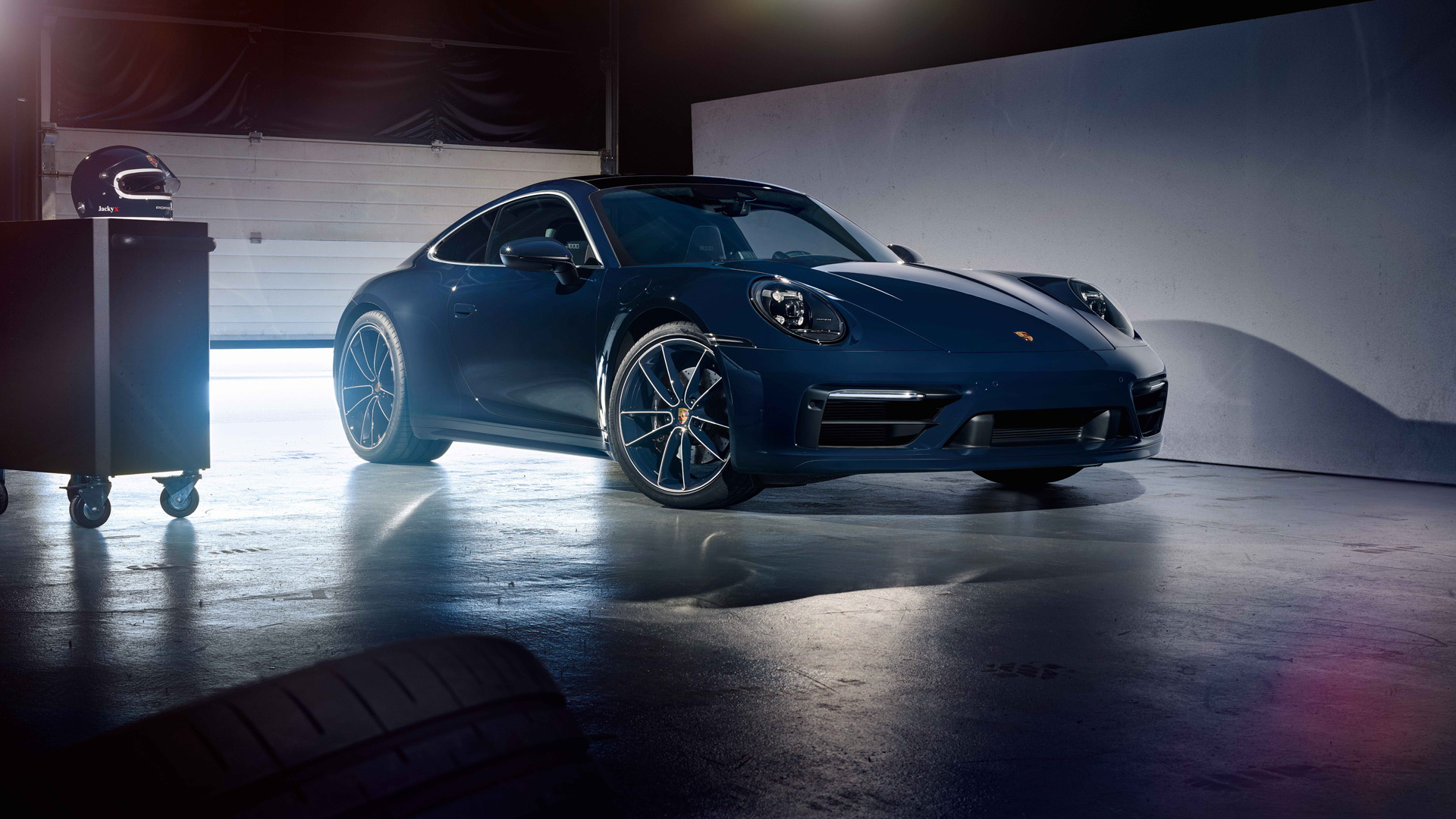 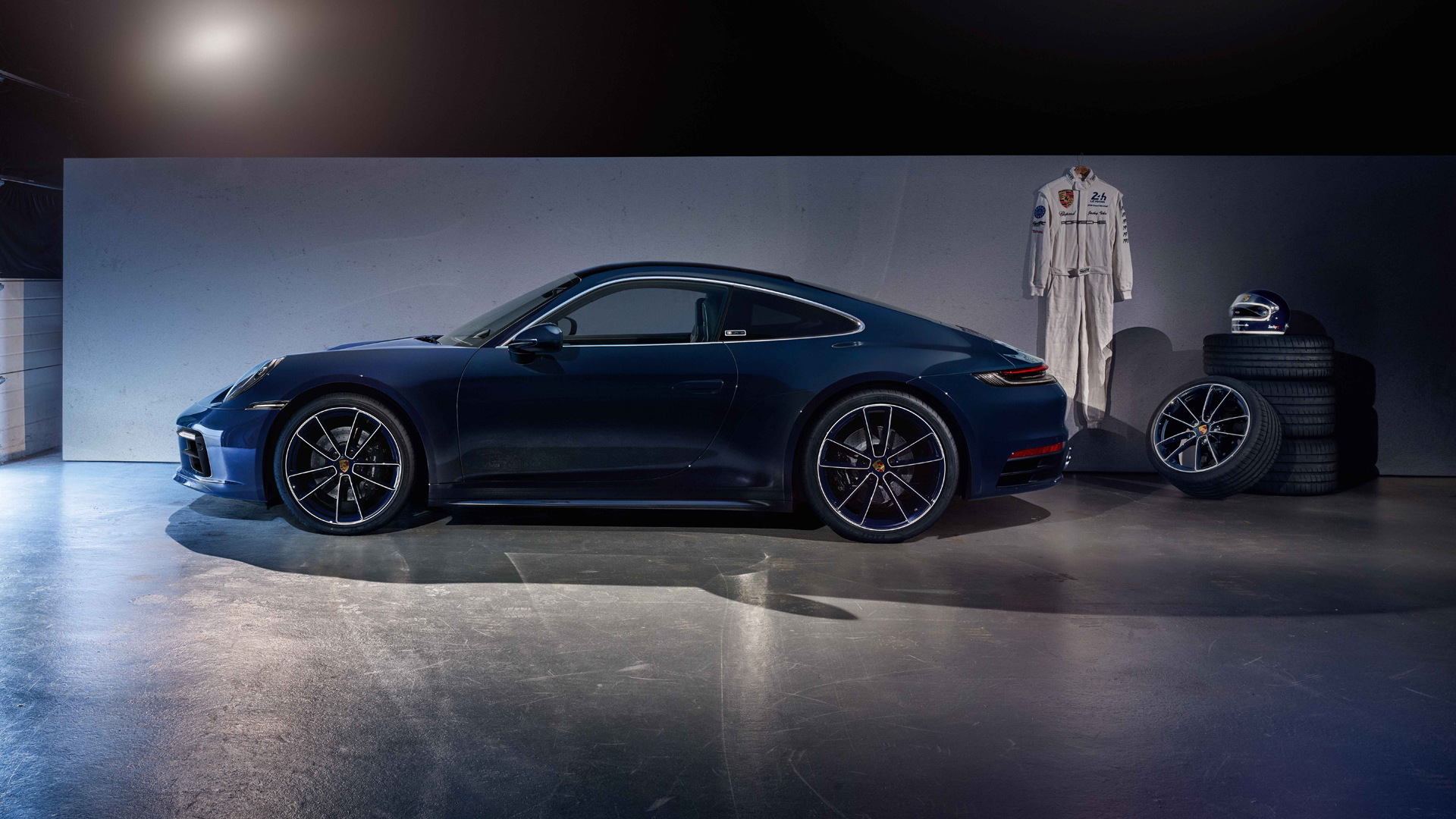 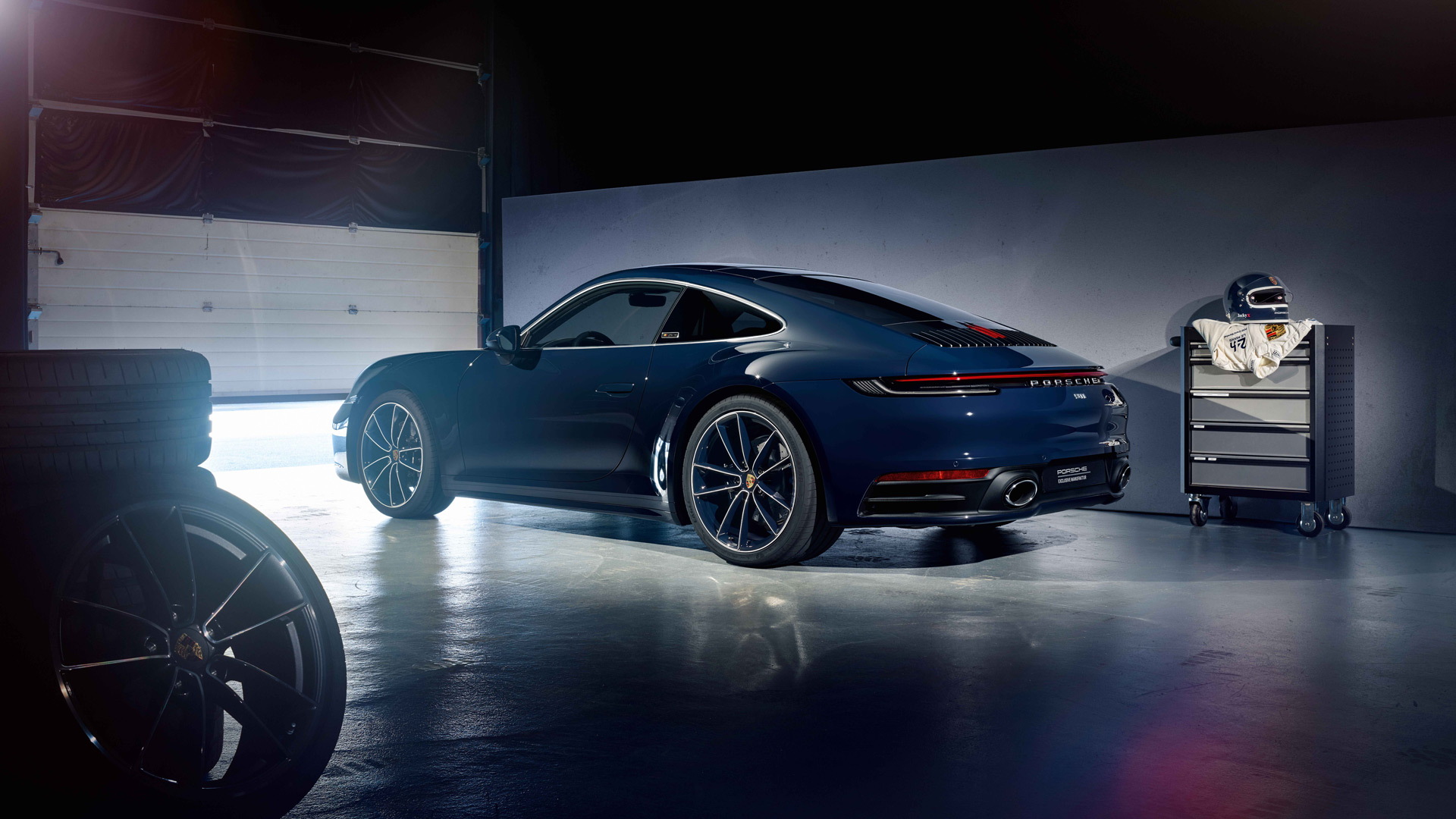 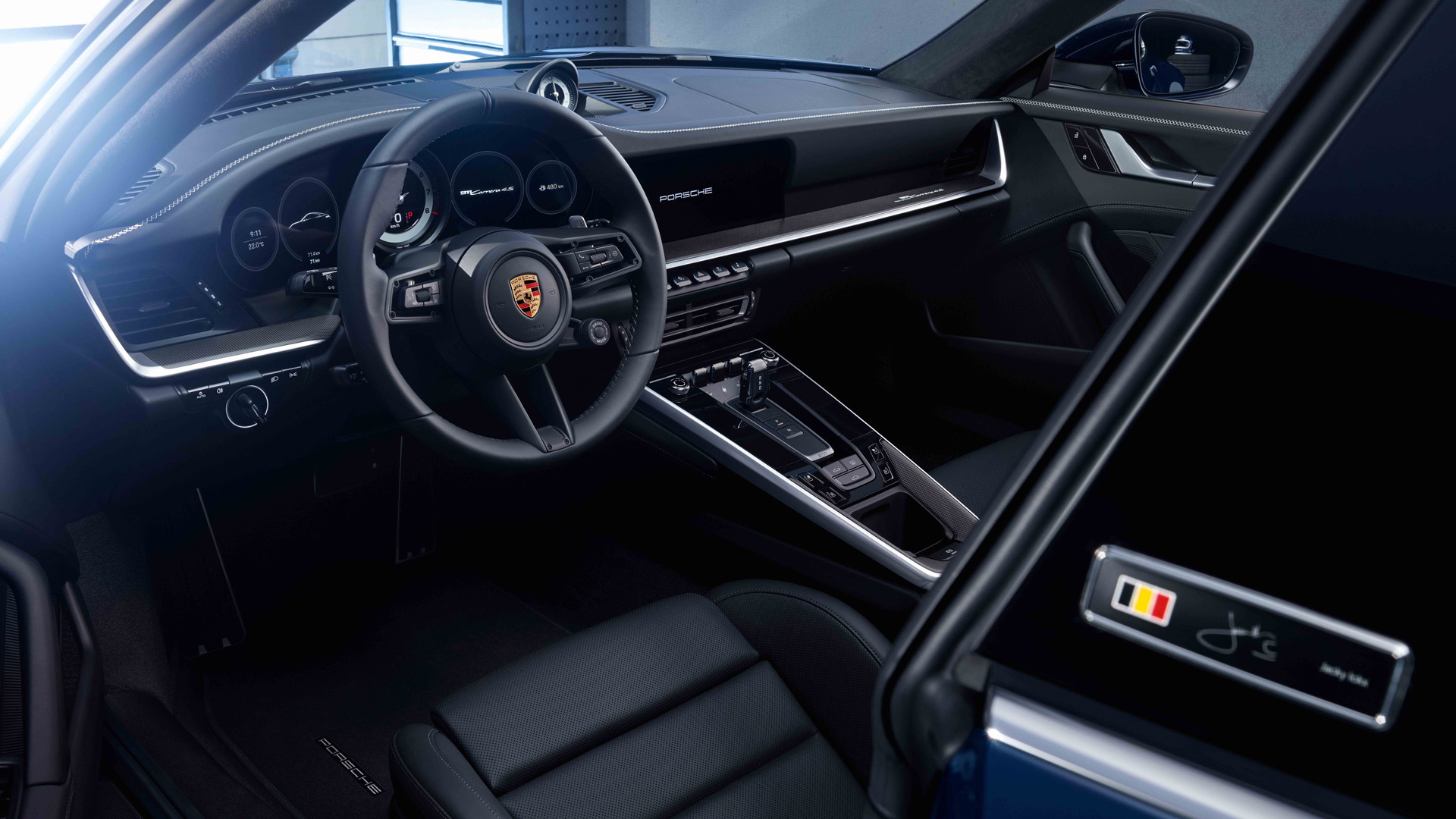 Belgian racing driver Jacky Ickx turned 75 on Wednesday and to celebrate Porsche built a 911 honoring him. Called the 911 Carrera 4S Belgian Legend Edition, it's the first special edition for the 992-generation 911, and it's one sweet ride.

The design was inspired by the successful Formula One and Le Mans racer's helmet, which donned the colors blue and white. But rather than go with standard colors, the Porsche Exclusive Manufaktur personalization department cooked up a bespoke blue for the car. The same blue features on the wheels, albeit offset by subtle white accents, and you'll also find it on the key fob which also bears Ickx's signature. A badge showing the Belgian flag and Jacky Ickx’s signature on the driver's side is another nod to the racing legend.

Inside the cabin, the designers went with black leather trim accented with Pebble Gray stitching. Other unique interior features include Pebble Gray piping on the seats, together with “911” lettering on the headrests, something that is not available on standard Carrera 4S models. The seat backs are also finished in leather and the leather central armrest embossed with Ickx’s signature. And finally, the inscription “Belgian Legend Edition” is featured on carbon fiber treadplates.

Being based on the Carrera 4S, the car is powered by a 3.0-liter, twin-turbocharged flat-6 that sends 443 horsepower and 390 pound-feet of torque to all four wheels. An 8-speed dual-clutch transmission is also standard.

Just 75 examples of the car will be built, and sadly they're limited to customers in Ickx's native Belgium.

Ickx enjoyed an extensive racing career, including stints with various Porsche teams during the 1970s and '80s. He's successfully raced in multiple categories and has six 24 Hours of Le Mans wins, eight Formula One victories, a Can-Am championship, and even a win in the grueling Dakar Rally all under his belt.