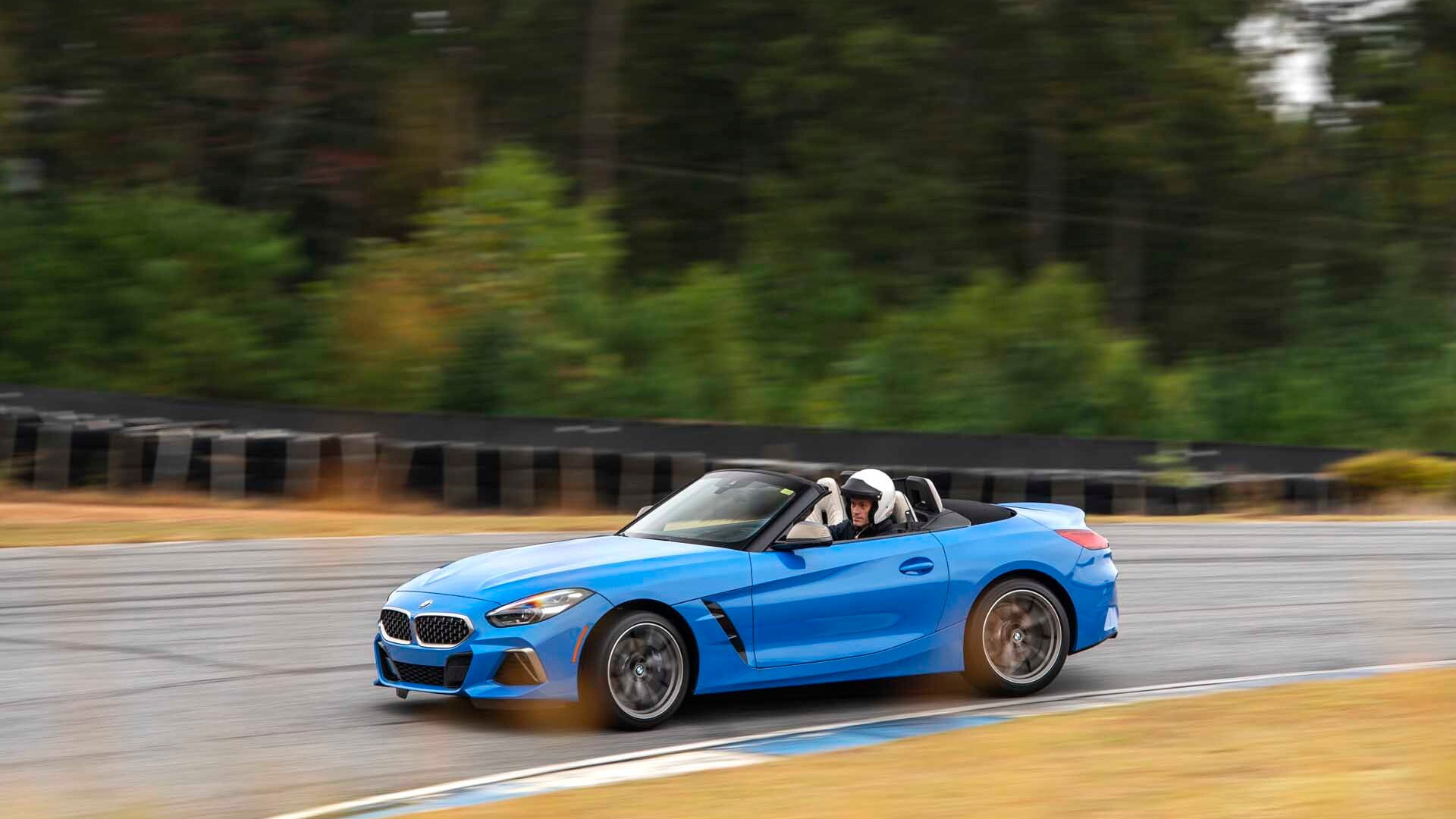 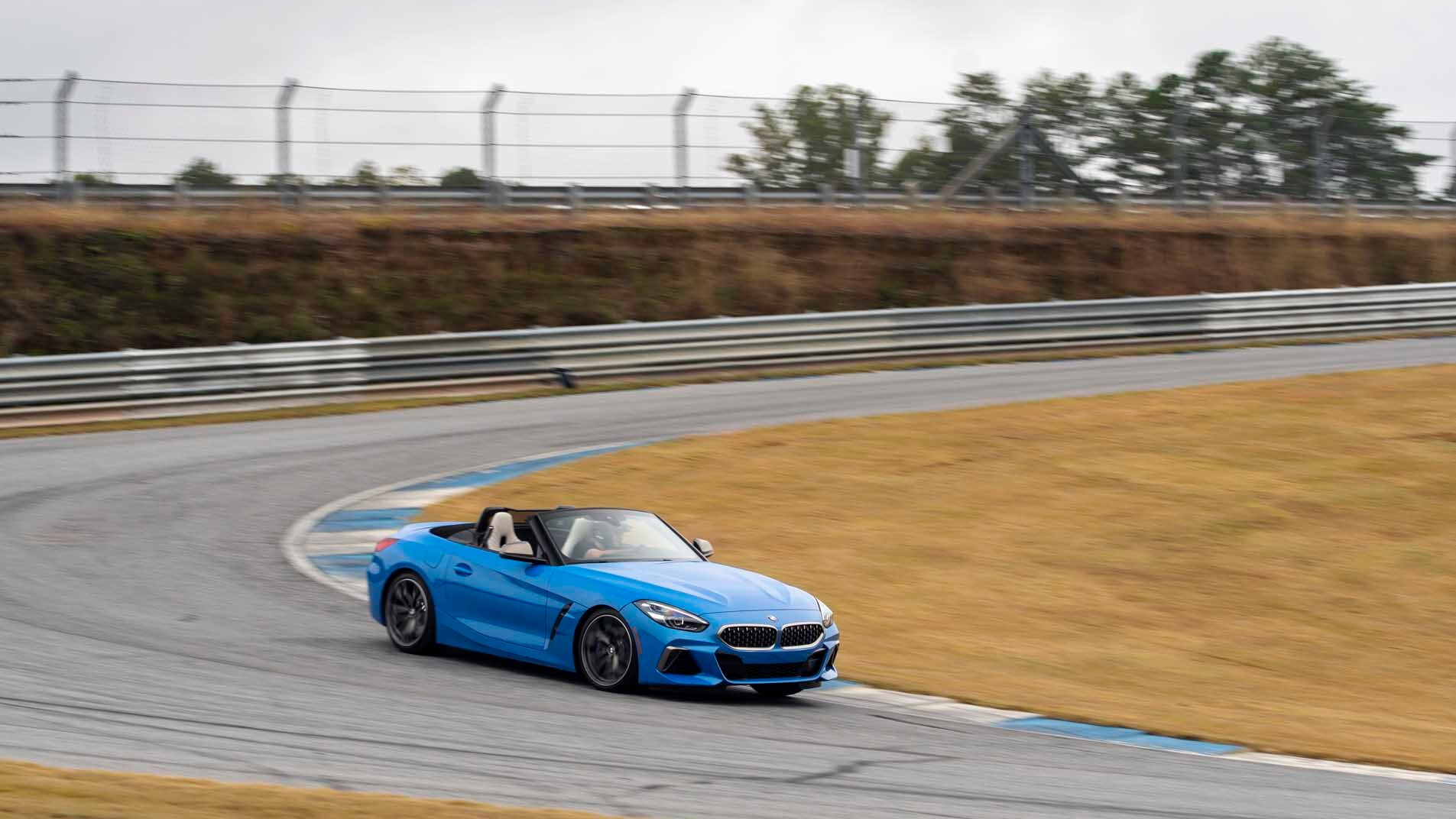 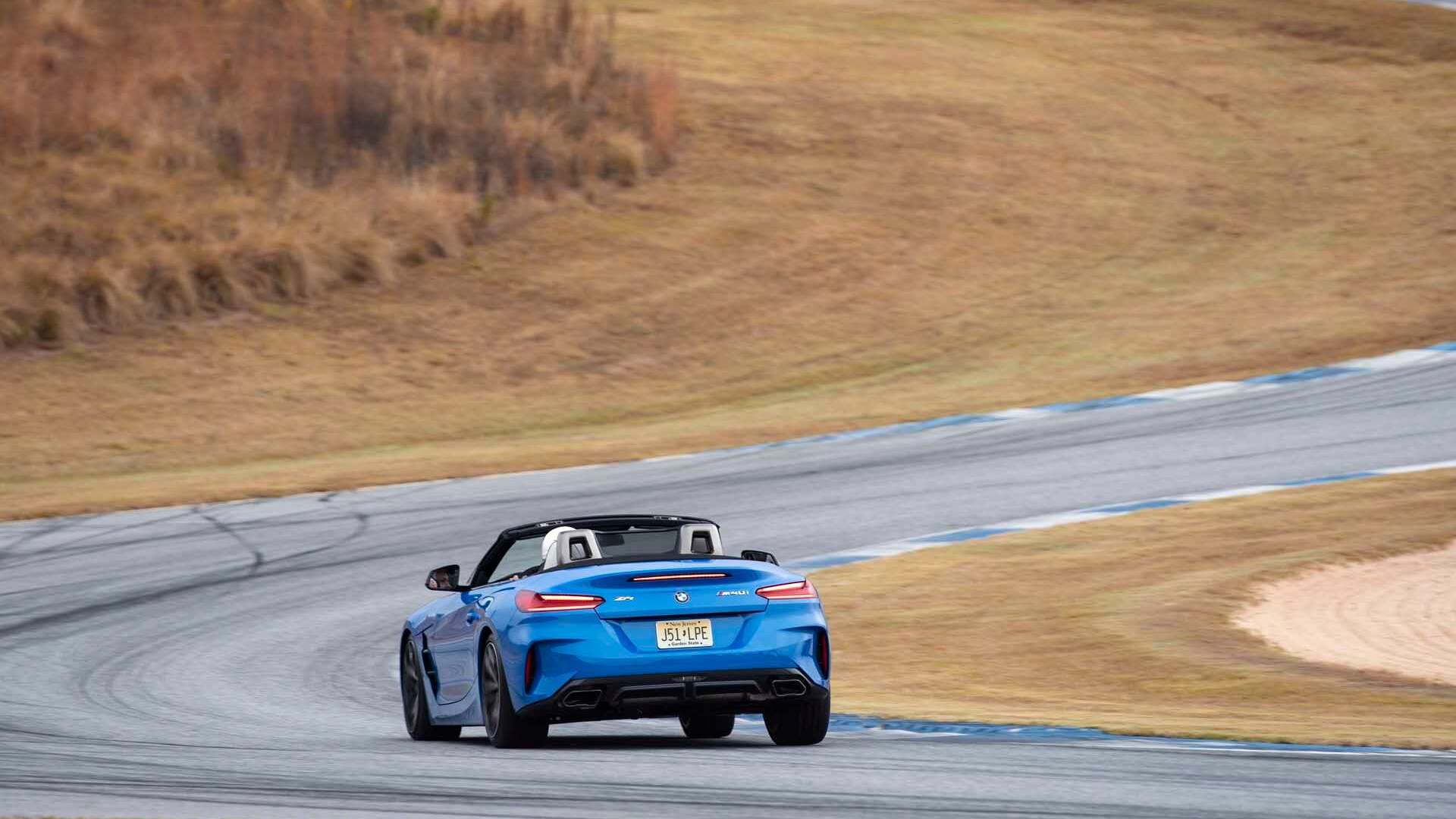 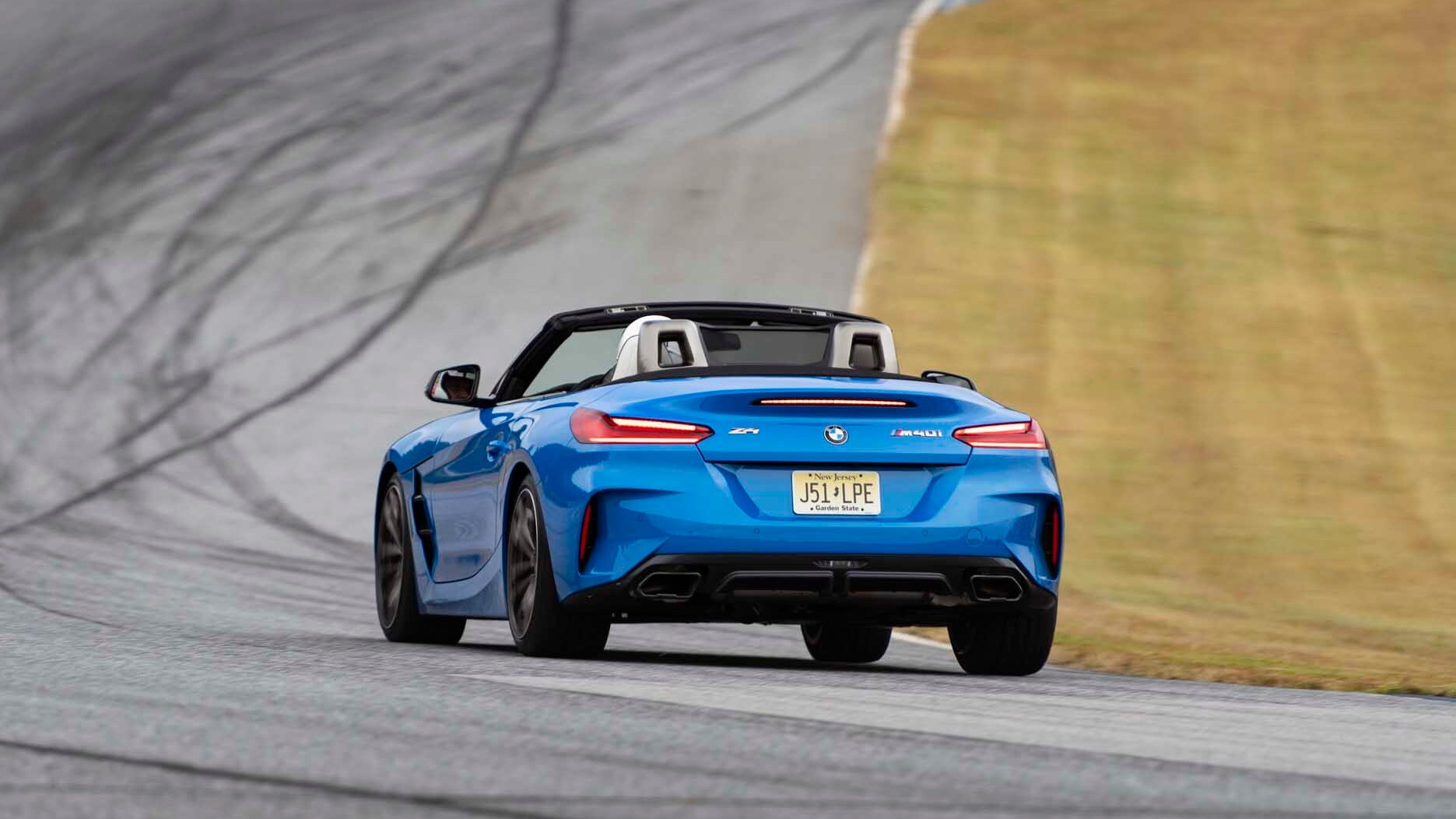 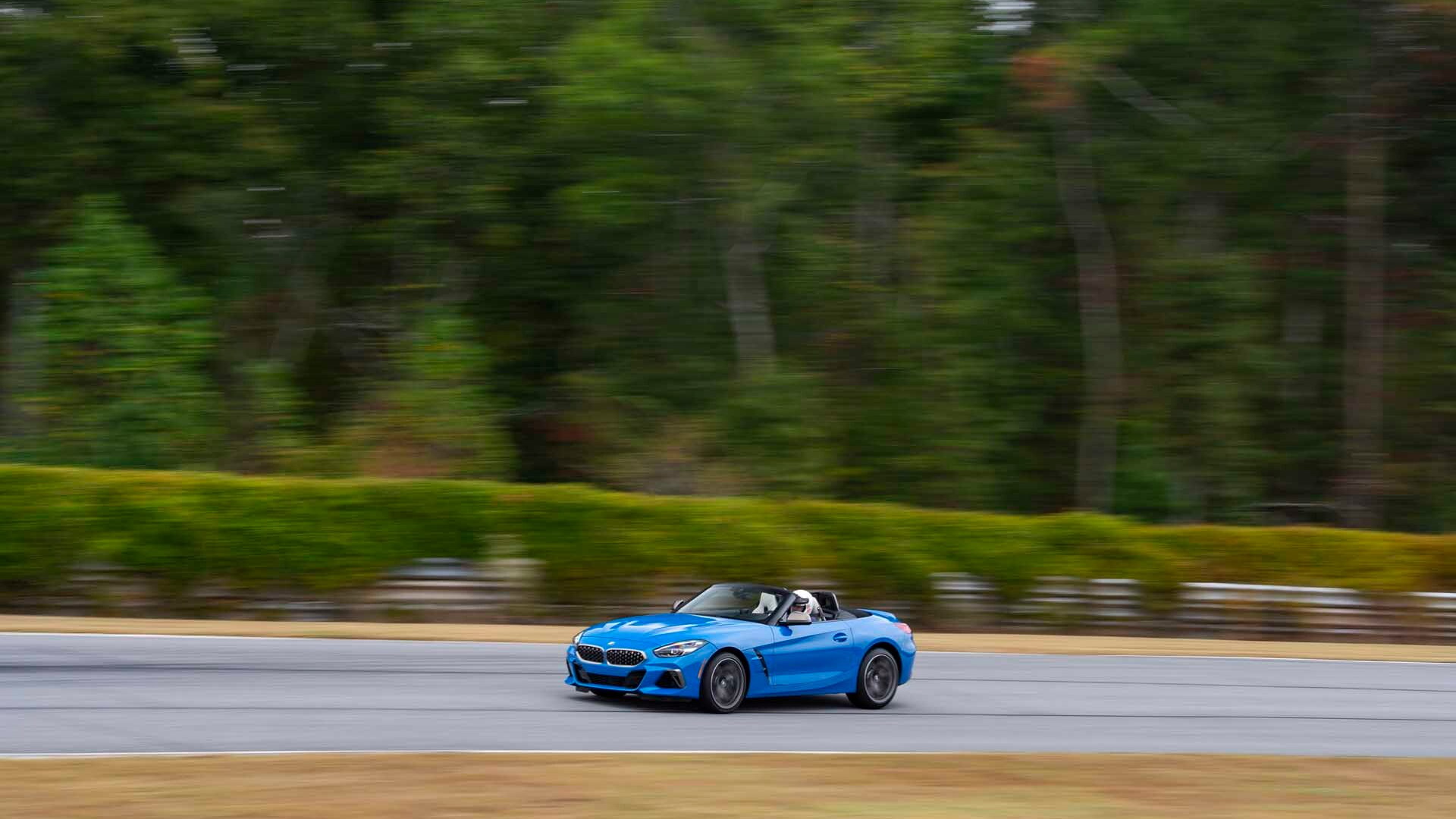 The Z4 traces its roots back to the BMW Z3 that was first released in 1996. It's been a fun and friendly sports car in coupe and convertible body styles through three generations, but it took a partnership with Toyota to create a fourth generation. That deal left BMW with the roadster and Toyota with the coupe.

BMW takes the premium road and offers higher-end interior appointments, a choice between a turbo-4 or turbocharged inline-6 engines, and the open-air fun of a convertible top. It also costs about $10,000 more to start. The coupe was offered briefly for 2019, although it's the turbo-6 introduced for 2020 that has its gunsights set on our annual awards.

The Z4 gets a power softtop this time around rather than a retractable hard top. That's fine by us as the little roadster has less weight to carry around, and a roadster lives its best life with the top down anyway. The design is sleeker—lower, wider, and less visual mass along the sides—though it has an overabundance of cutlines and a larger, wider version of the BMW twin-kidney that will appeal to some and not others.

With thrilling performance in every edition, the 2020 BMW Z4 M40i has its sights set on our annual award. Is it enough? (Nathan Leach-Proffer/For Motor Authority)

On the road, acceleration is exceptional with either engine. The little turbo-4 overachieves and delivers its likely understated power better than any other 2.0-liter turbo. The inline-6 turns the roadster into a rocket—and it puts many V-8s to shame.

The Z4 comes alive when the road turns twisty, which is the mission of any roadster. Its suspension expertly balances agile moves with a comfortable ride quality. The Z4 is a little tail happy, which can be exacerbated by the inline-6's ridiculous power.

The new BMW Z4 shuttles power to the rear wheels via an electronically controlled rear differential that can hesitate in hard cornering. Did we mind? Check out the results Jan. 2. (Nathan Leach-Proffer/For Motor Authority)

The handling suffers at the limit, too. The rear-end doesn't feel tied down, and it tends to rock from side to side in high-speed corners as the electronic limited-slip rear differential locks and unlocks. The result is a lack of stability that hurts racetrack performance.

Still, most drivers won't ever feel that flaw as it requires pushing the car well past what is safe on the street. Most buyers will think the Z4 is a sweetheart that rides and handles like cars of BMW's 1990s and early 2000s heyday.

Will that be enough to make the reborn BMW Z4 the Motor Authority Best Car to Buy 2020?

Check back with us on Jan. 2 when we announce the winner of this year's award. We'll also announce the winners from our sister sites, The Car Connection and Green Car Reports. The Car Connection will also reveal the best vehicles in 15 categories to help you choose the best the cars, trucks, and SUVs for your needs. Finally, be sure to vote for our annual Driver’s Choice awards and tell us what you think is the best in every category.