When Ford unveiled the original Ranger Raptor in early 2018, many were surprised that the sole powertrain on offer was a 4-cylinder diesel.

Ford went the diesel route since the vehicle was never intended for sale in the U.S., but with the upcoming redesigned Ranger set to spawn a Ranger Raptor for the U.S. shortly, the powertrain options are about to get a bit more interesting.

While the U.S.-spec Ranger Raptor is expected to run a twin-turbocharged V-6 in standard guise, some senior Ford executives have hinted at the possibility of a V-8 option—for a theoretical Ranger Raptor R.

In a recent interview with Carsguide, Mark Rushbook, Ford Performance's motorsport global director, said there's a lot in common between the stock Ranger and the V-8-powered Bronco DR customer race car unveiled by Ford last fall. The Bronco DR features a 5.0-liter V-8 and 10-speed automatic, and is targeted to have around 400 hp. 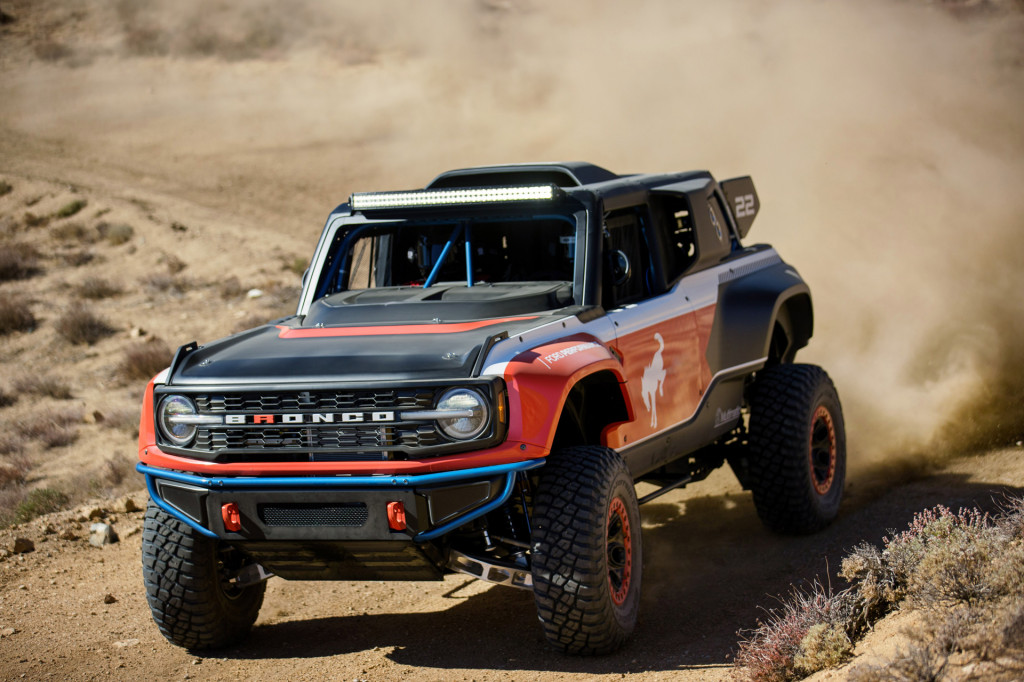 “There would be a lot that would transfer,” Rushbook said when asked about the similarities between the Ranger and Bronco DR.

This was backed up by comments made to Carsguide by Trevor Worthington, Ford's vice-president of global operations and programs, and a key person involved in the development of the redesigned Ranger.

Sadly, neither exec confirmed that a Ranger with a V-8 is being developed by Ford, though Worthington told Carsguide that he wants to work on it. Even if one is developed, we might not see it in the U.S. due to competition with the F-150 Raptor, though Ford is about to boost performance of its full-size truck with the arrival of a new F-150 Raptor R shortly, which could leave room for a similar Ranger Raptor R. Stay tuned.