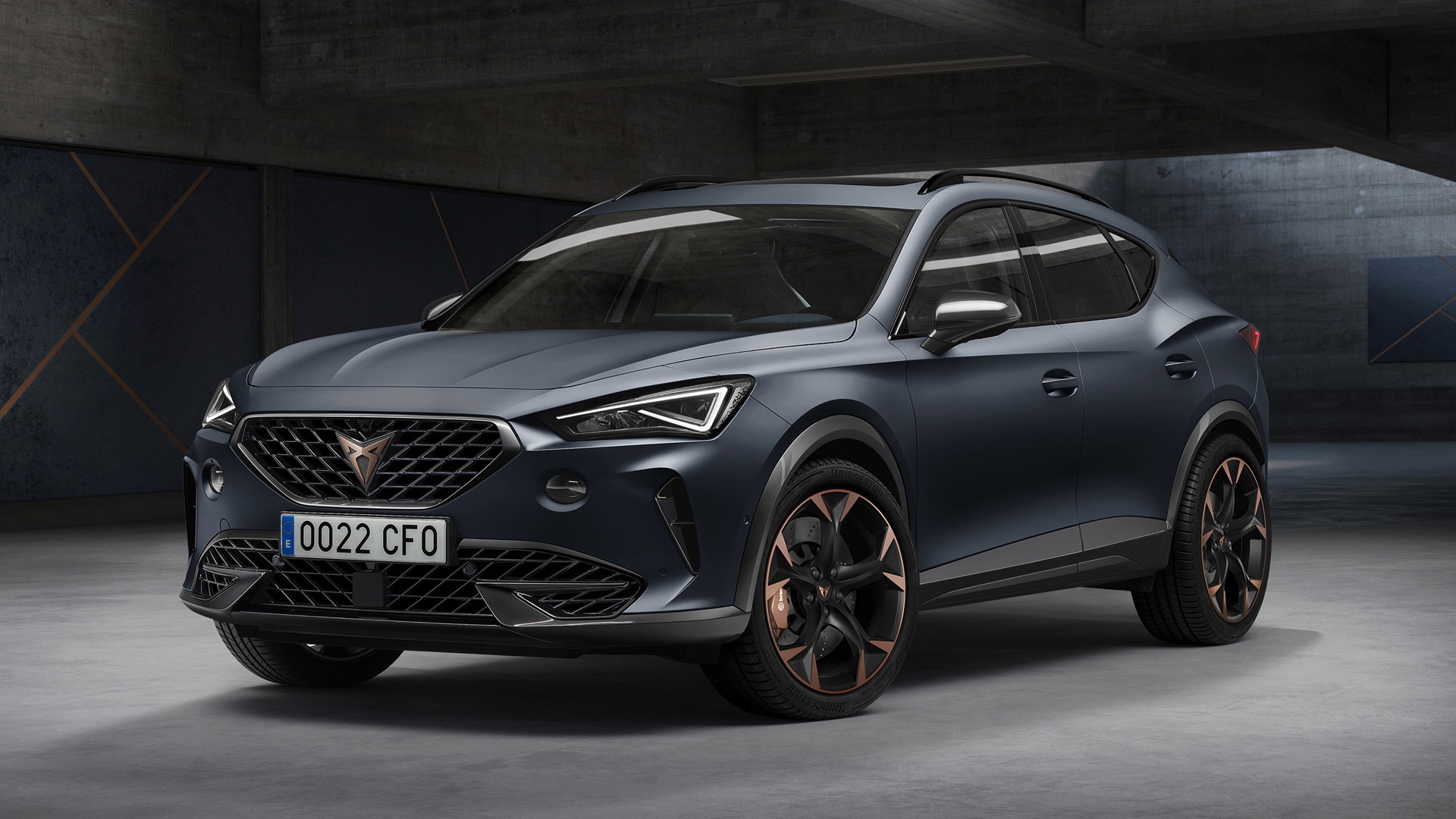 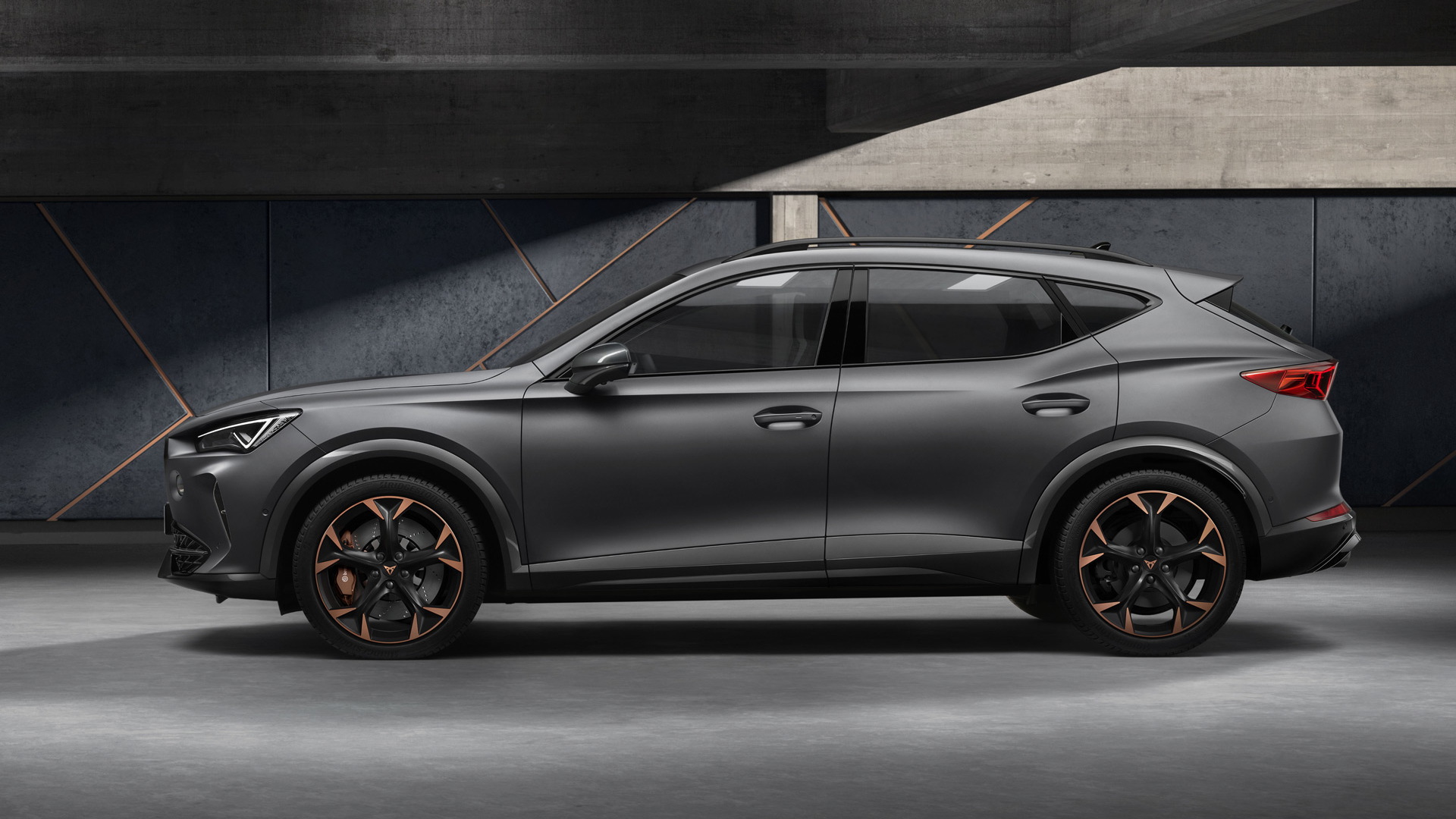 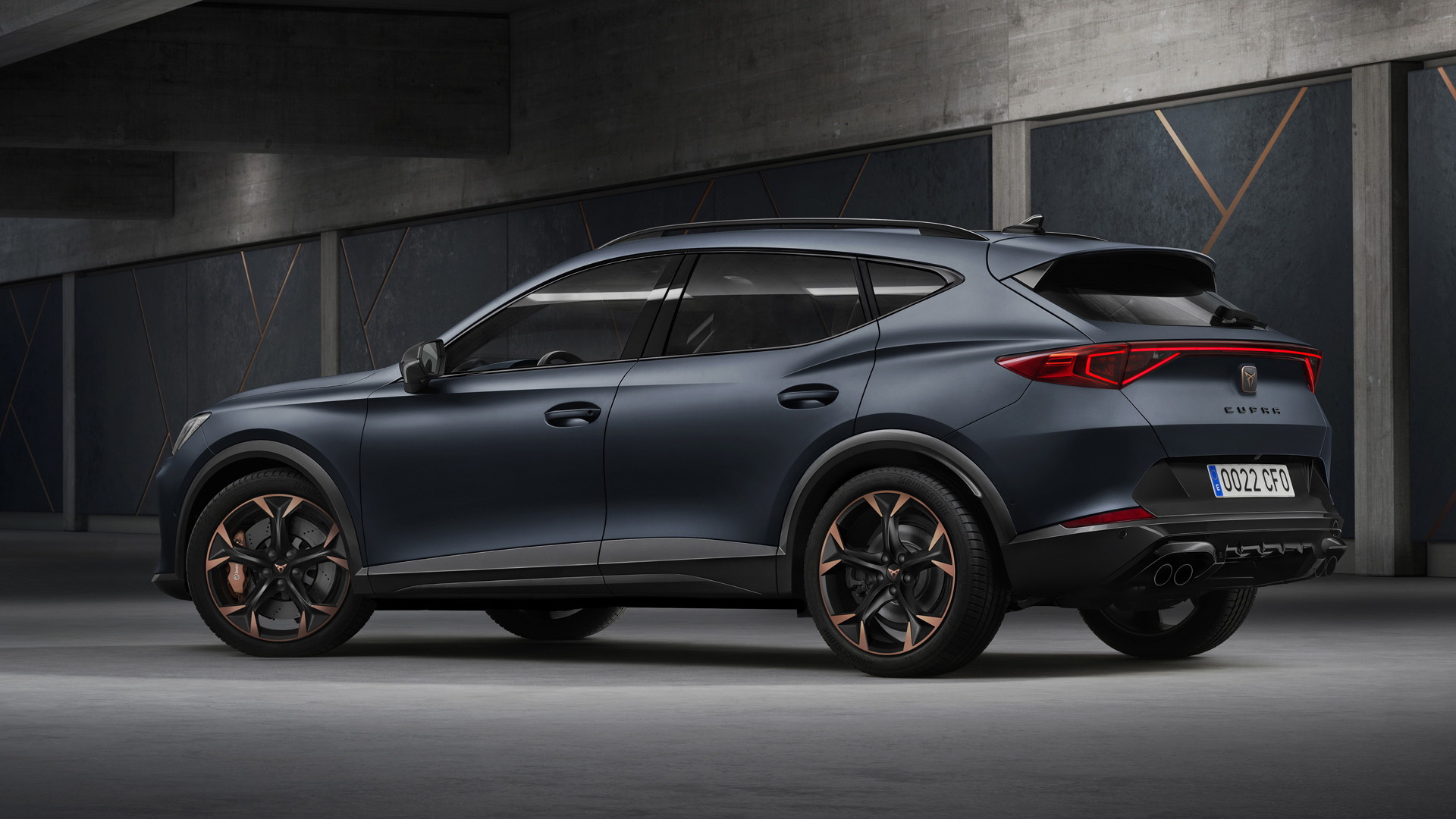 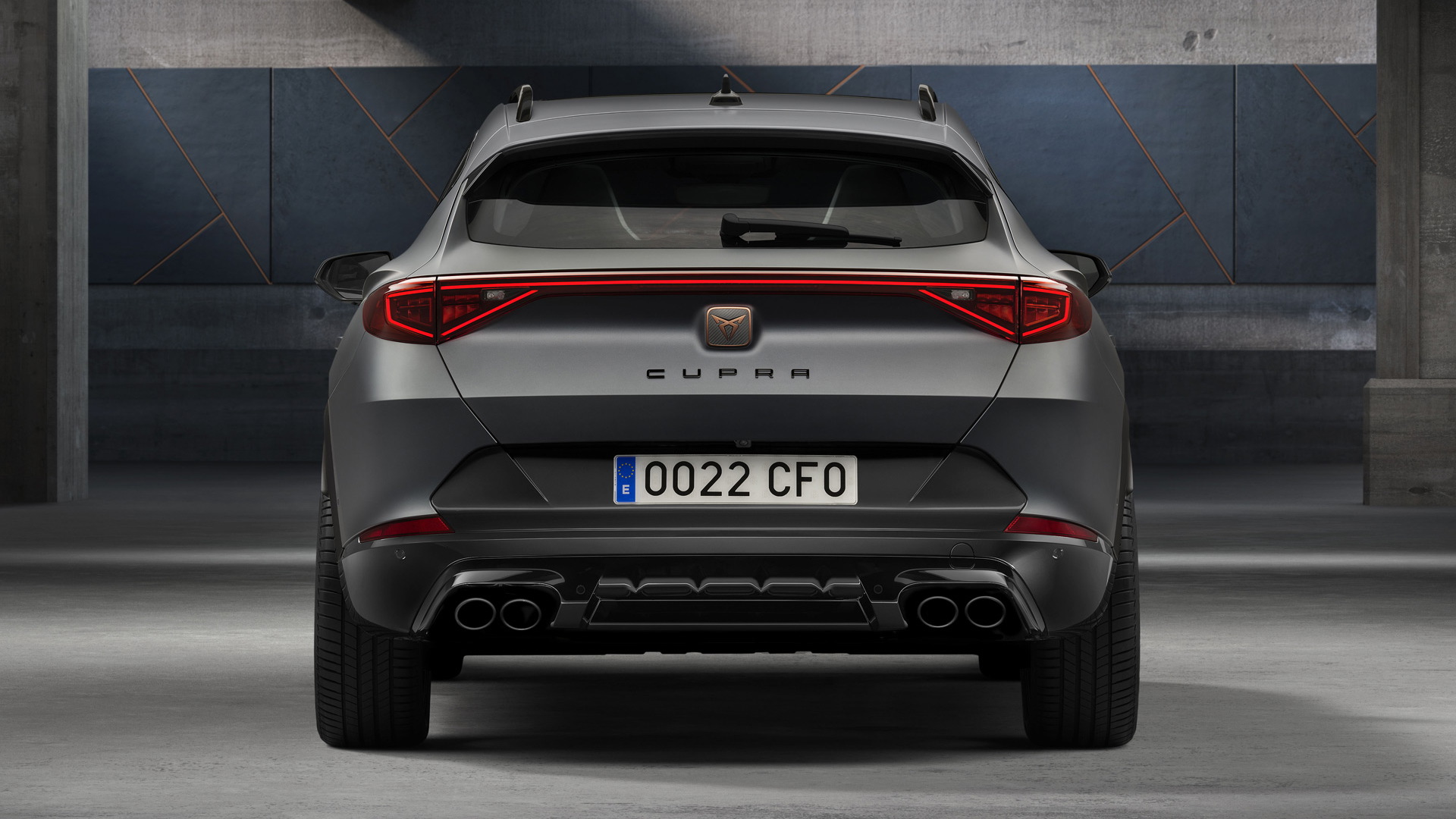 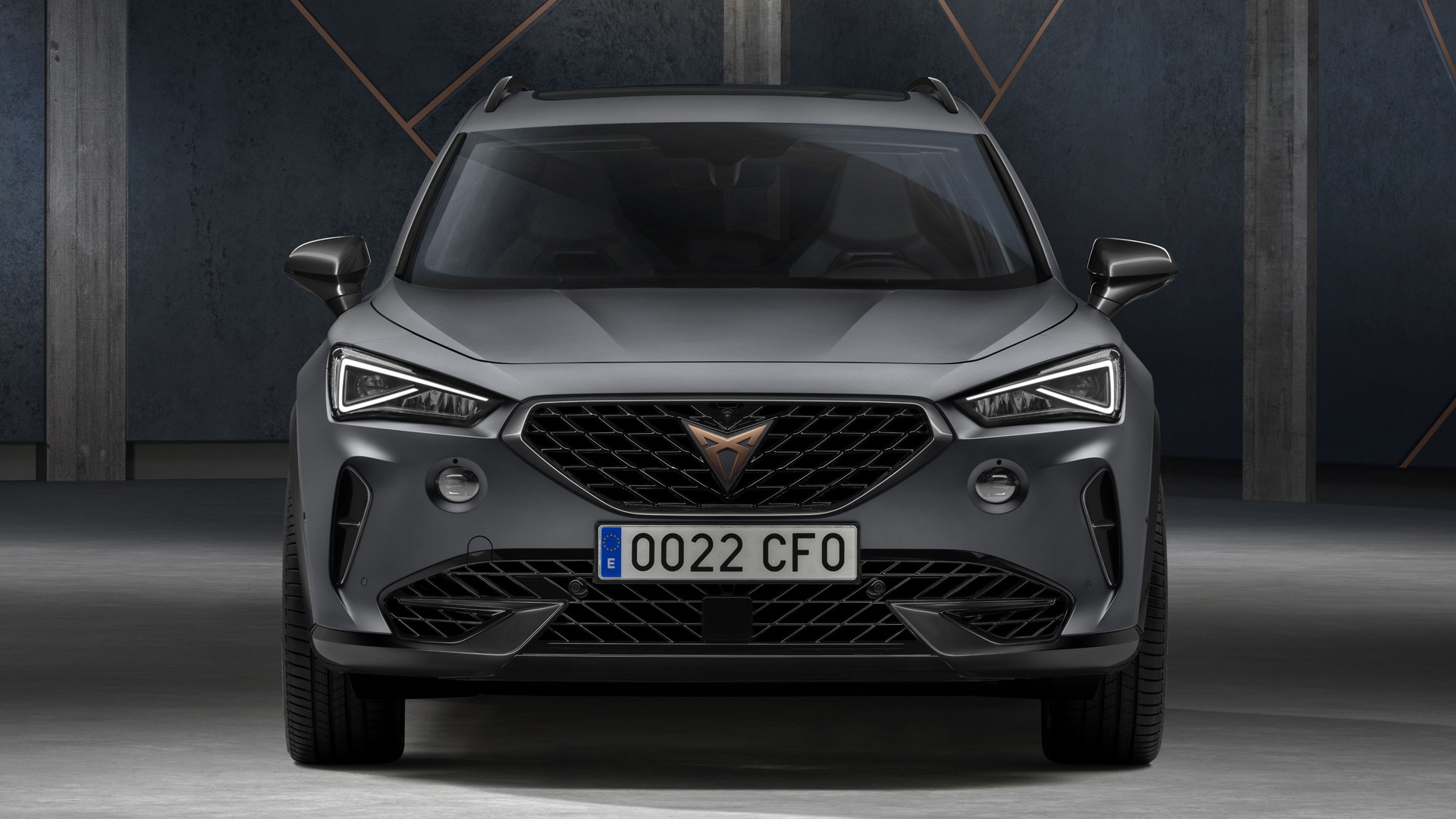 Spain's Cupra started out life as the performance sub-brand of the more mainstream label SEAT, which is owned by Volkswagen Group. However, in 2018 it was transformed into a standalone brand, similar to what Mercedes-Benz has done with AMG, or Volvo with Polestar.

This week, Cupra launched its first standalone model, a high-performance SUV based on the Formentor concept car unveiled a year ago. The production version goes by the same name and features styling that's almost identical to the show car.

The Formentor is based on VW Group's MQB platform and is a close cousin of the VW Tiguan, though the Cupra features a much sportier, more coupe-like profile compared to the VW.

Two powertrains will be offered at launch, naturally both of them high-performance units. One is the same setup found in the Golf R. A 2.0-liter turbocharged inline-4 with 305 horsepower and 295 pound-feet of torque is mated to a 7-speed dual-clutch transmission and all-wheel-drive system.

The other is a new plug-in hybrid setup borrowed from the redesigned Golf GTE sold overseas. Here, an electric motor and 1.4-liter turbocharged inline-4 generate a combined 242 hp and 295 lb-ft. This model also features a 7-speed DCT and AWD. It also features a 13-kilowatt-hour battery that is capable of delivering 31 miles of zero-emission driving. In this case the peak output is limited to 114 hp.

Inside, there's a pair of 12.0-inch screens, one of which serves as the instrument cluster. Sporty bucket seats up front and a flat-bottom steering wheel come standard, as does an array of electronic driver-assist features including adaptive cruise control with traffic sign recognition and automatic emergency braking. A drive mode selector to adjust the throttle response, steering and other chassis systems is also included.

VW Group has bold ambitions for Cupra. The goal is to double the current sales of Cupra-badged models within the next 4-5 years. To do this, new models will be launched in quick succession, including potentially EVs.

Deliveries of the Formentor will commence in Europe late this year. Sadly, there are no plans to introduce Cupra in the United States, so don't expect the vehicle to show up on local soil anytime soon.