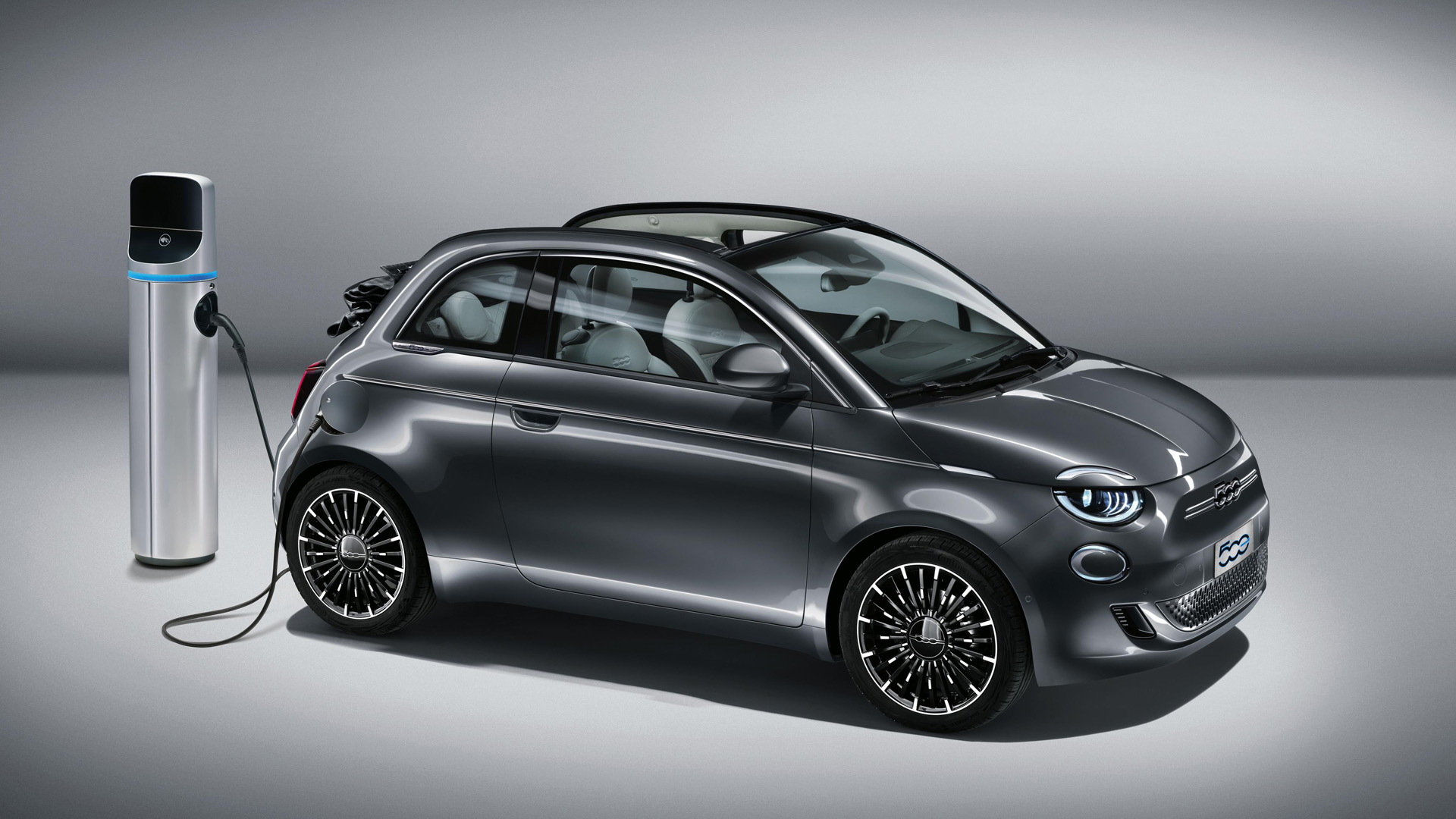 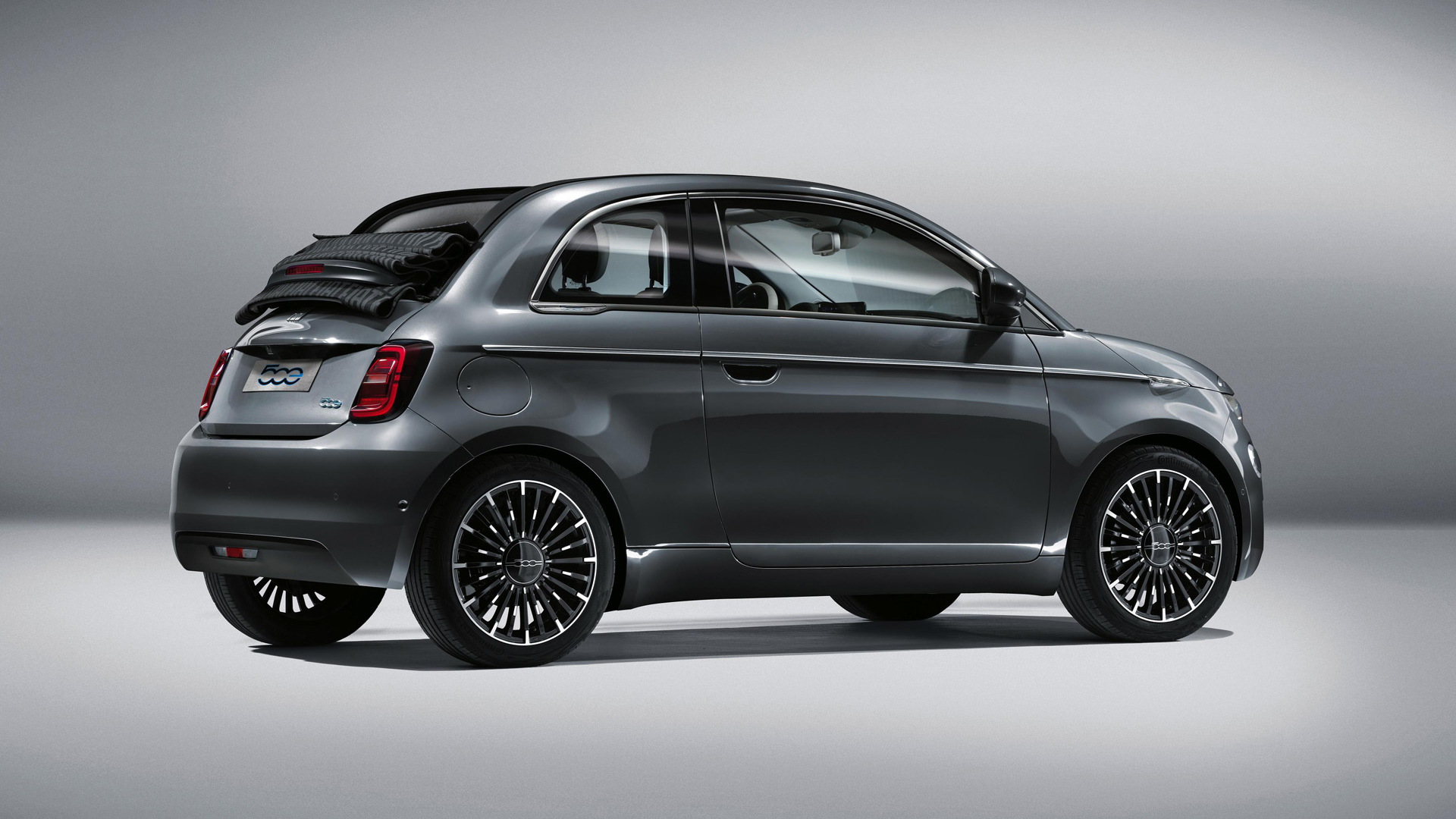 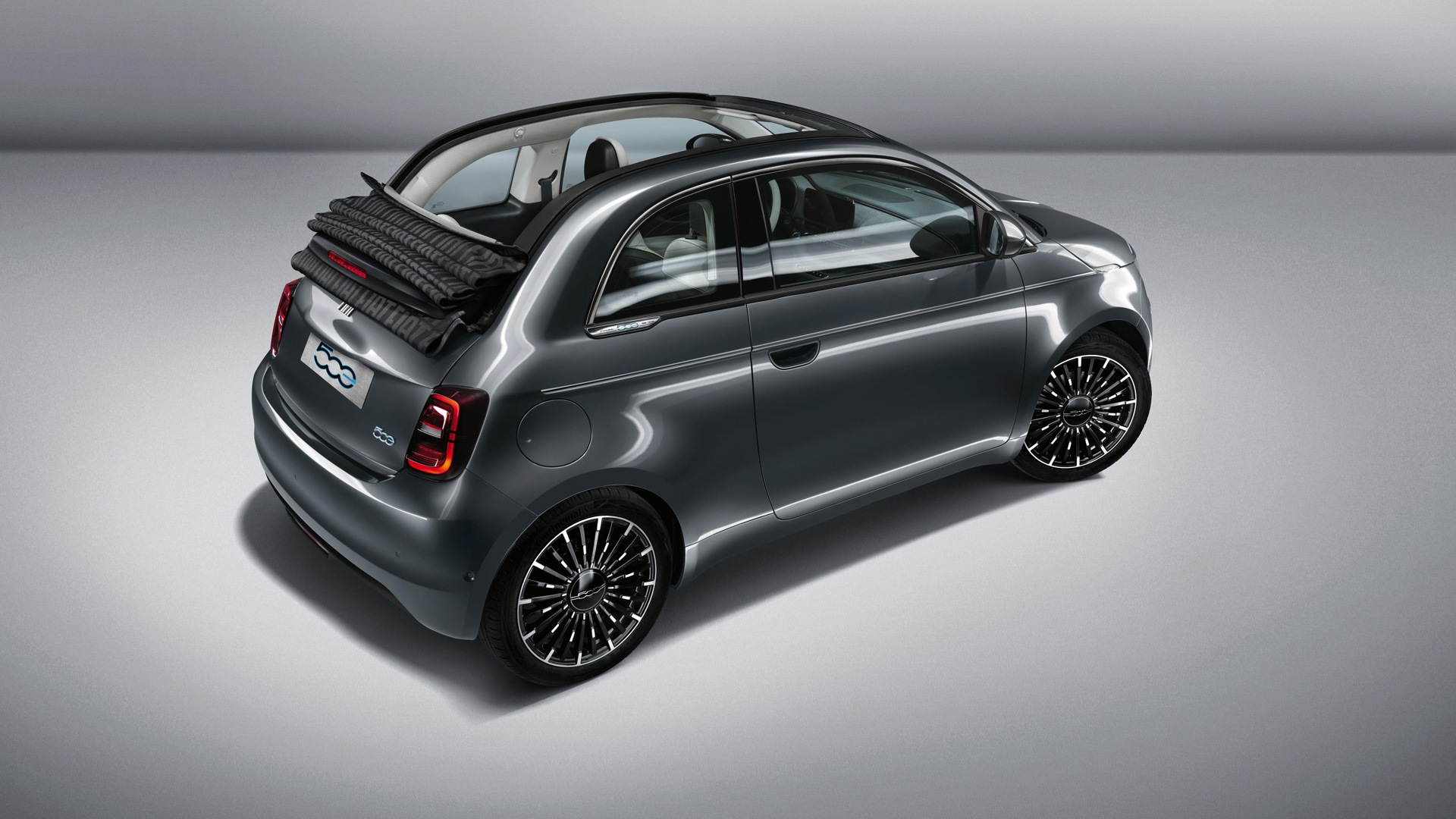 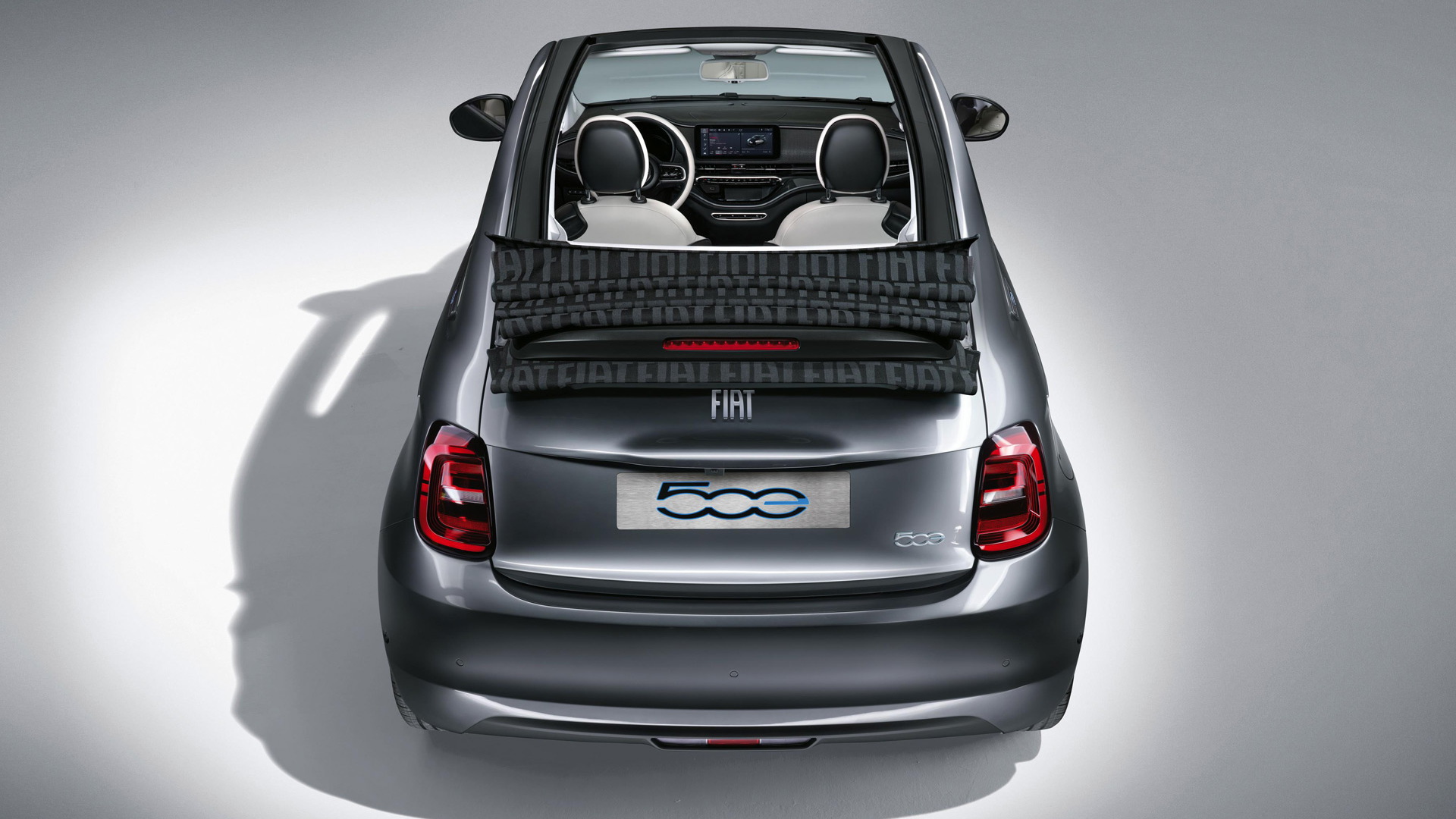 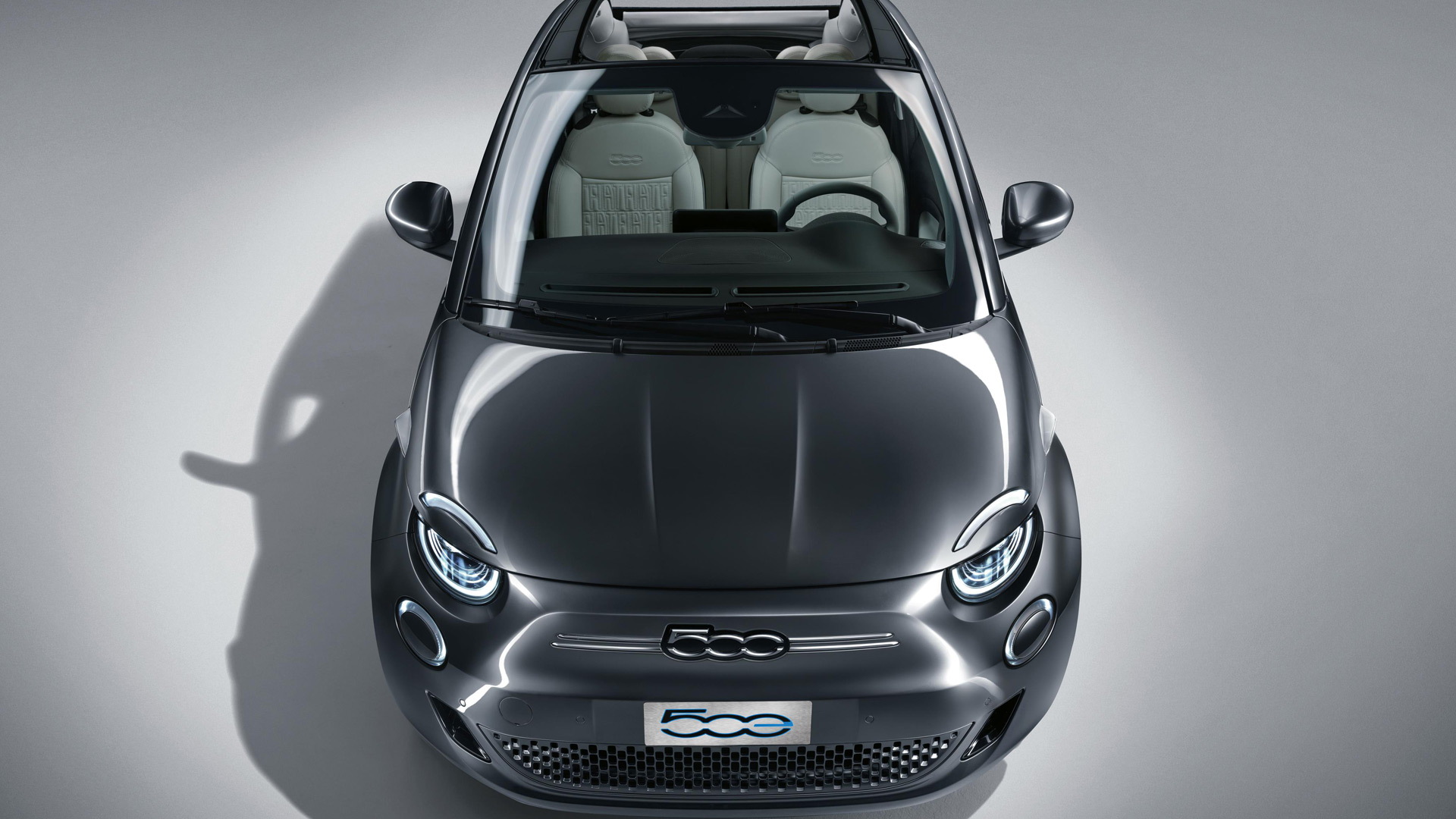 Fiat's iconic 500 is entering its third generation as a battery-electric car.

The wraps came off the redesigned minicar on Wednesday at an event in Milan, Italy, and production will follow at Fiat Chrysler Automobiles' Mirafiori plant in nearby Turin later this year. Deliveries in Europe will commence in early 2021 and right now it isn't clear if the vehicle will end up in the United States. The previous generation bowed out here at the end of 2019.

The new 500 might look like its predecessor but rides on a new platform that has seen the footprint grow. The new model is 2.4 inches longer and 2.4 inches wider than the old one. The wheelbase has also been stretched by 0.8 inches and the car so far has only been shown with a convertible roof.

A 42-kilowatt-hour lithium-ion battery sits in the floor and provides about 199 miles of range based on the more lenient WLTP cycle used outside the U.S. An EPA-rated figure would likely come in closer to 150 miles. The battery can be charged at a rate of 85 kilowatts which could top up the battery to 80 percent in about 35 minutes, according to Fiat.

Fiat hasn't said how much power the new 500 makes but said the car will accelerate from 0-62 mph in 9.0 seconds. For city jaunts, which the car is most suited to, owners can expect to accelerate from 0-31 mph in 3.1 seconds.

A drive mode selector can alter the performance of the car. There are three modes, Normal, Range and Sherpa, with the Range mode dialing up the regenerative braking so that one-pedal driving is possible, and the Sherpa mode making the car as efficient as possible by limiting the top speed to 50 mph, switching off the air-conditioning, and other factors.

Inside, the look is much cleaner than before, helped by the fact that there is no need for a transmission and exhaust piping. For example, the new 500 boasts a wide dashboard underneath which is a storage area where the gear lever of the previous generation normally sits. The instrument cluster sports a 7.0-inch display while a 10.25-inch touchscreen display serves as the infotainment hub in the middle of the dash.

Pricing information will be announced closer to the market launch though we know there will be a special launch edition called the La Prima that will start at just over $37,000.