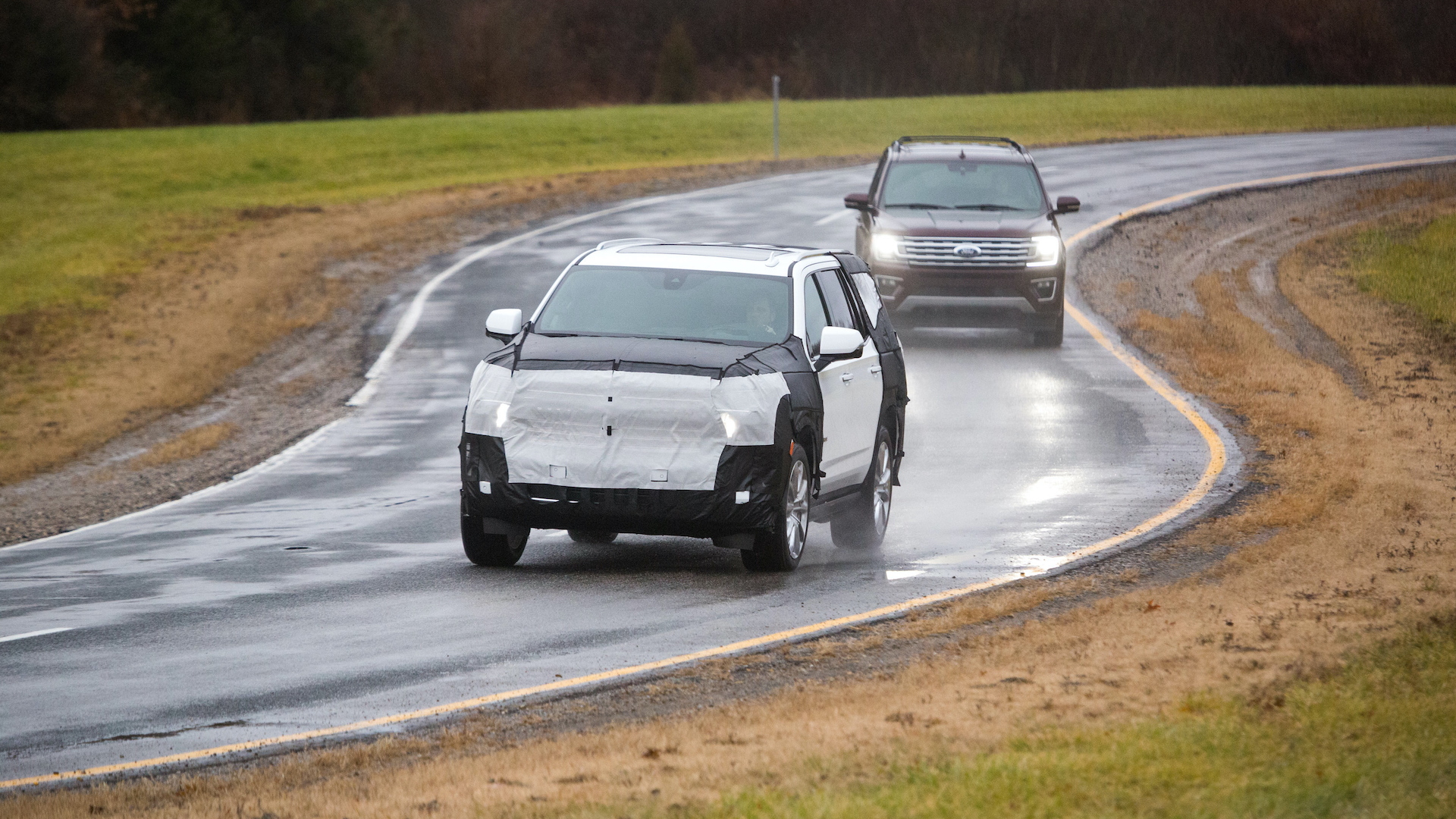 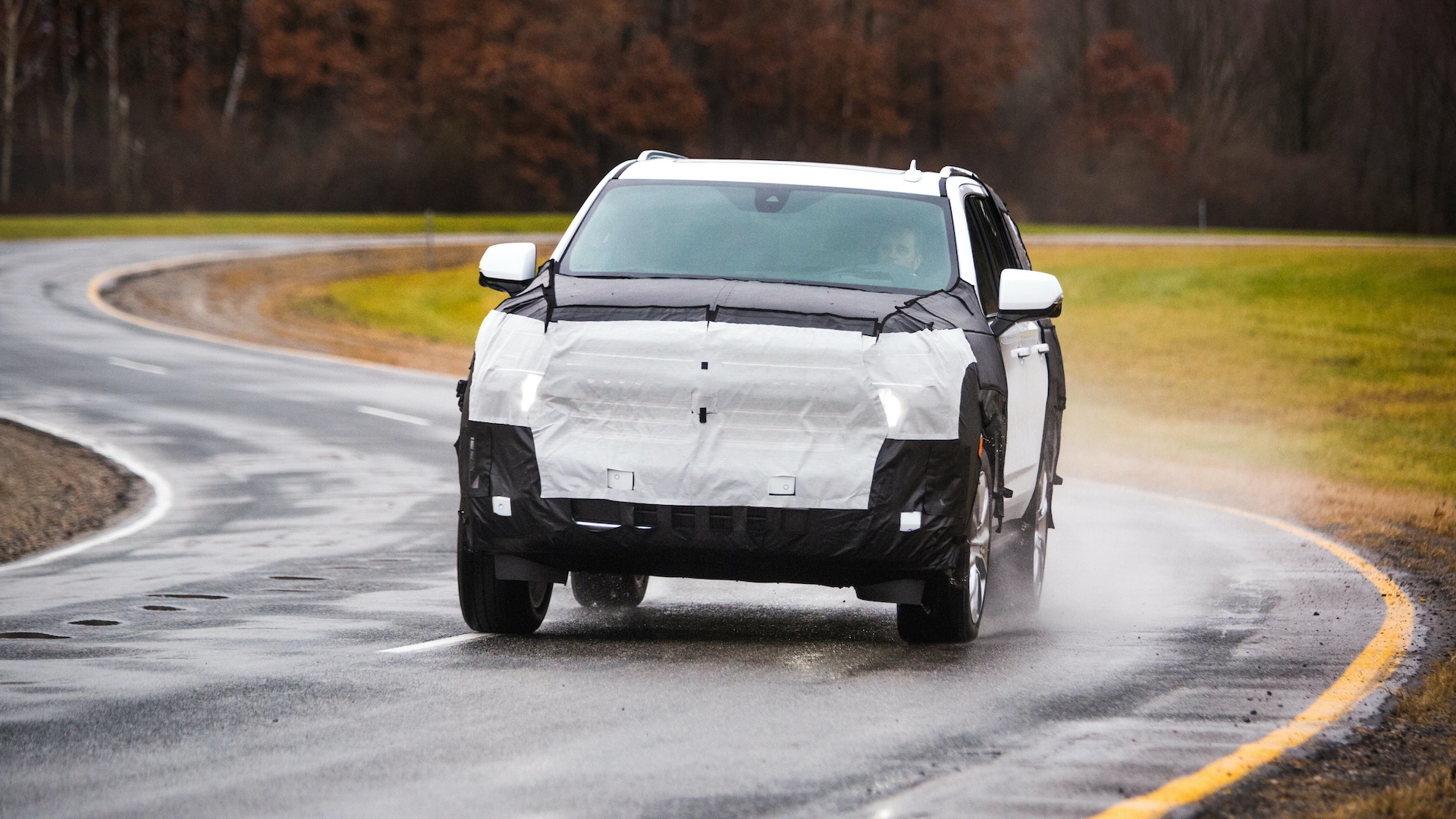 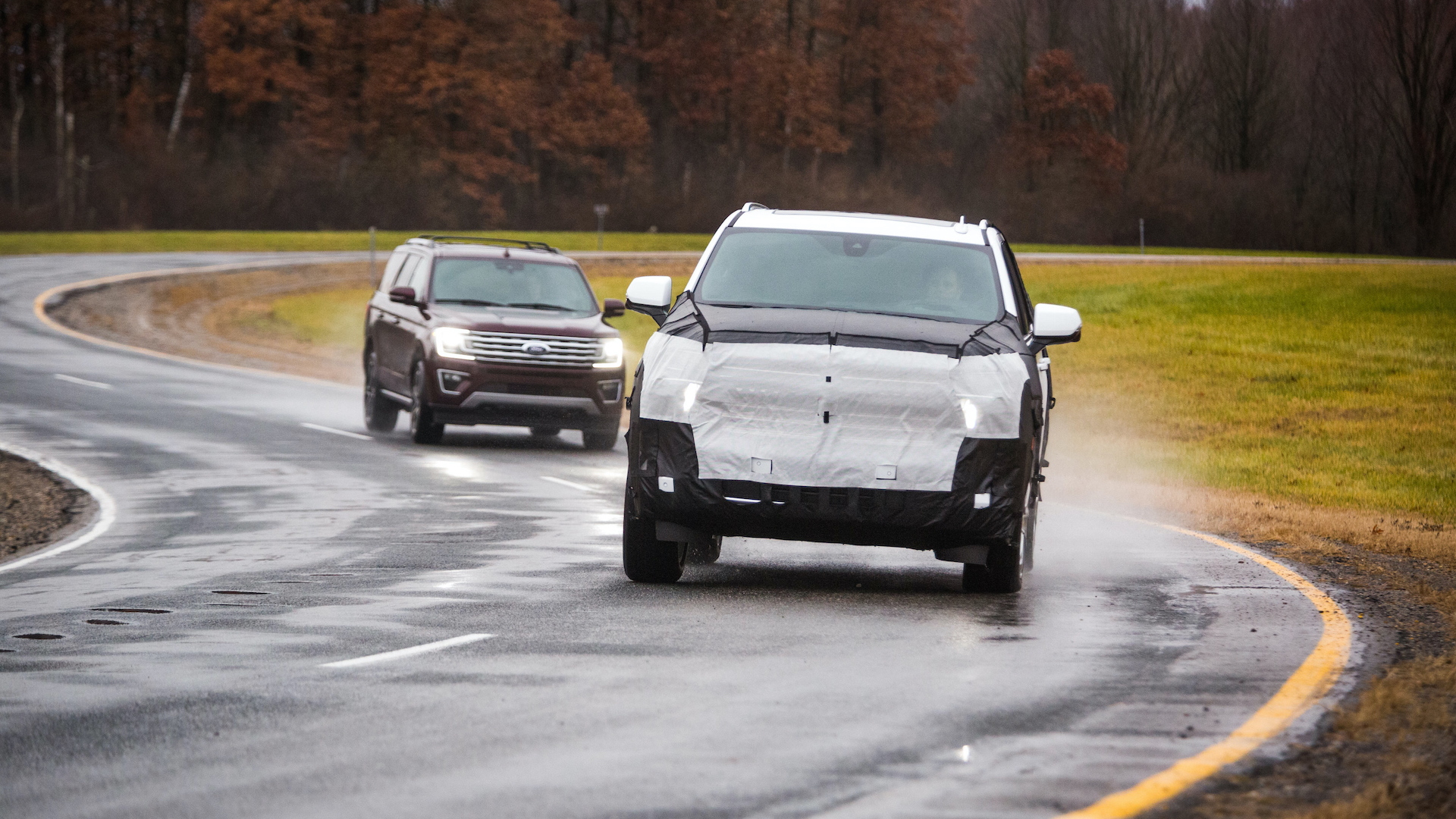 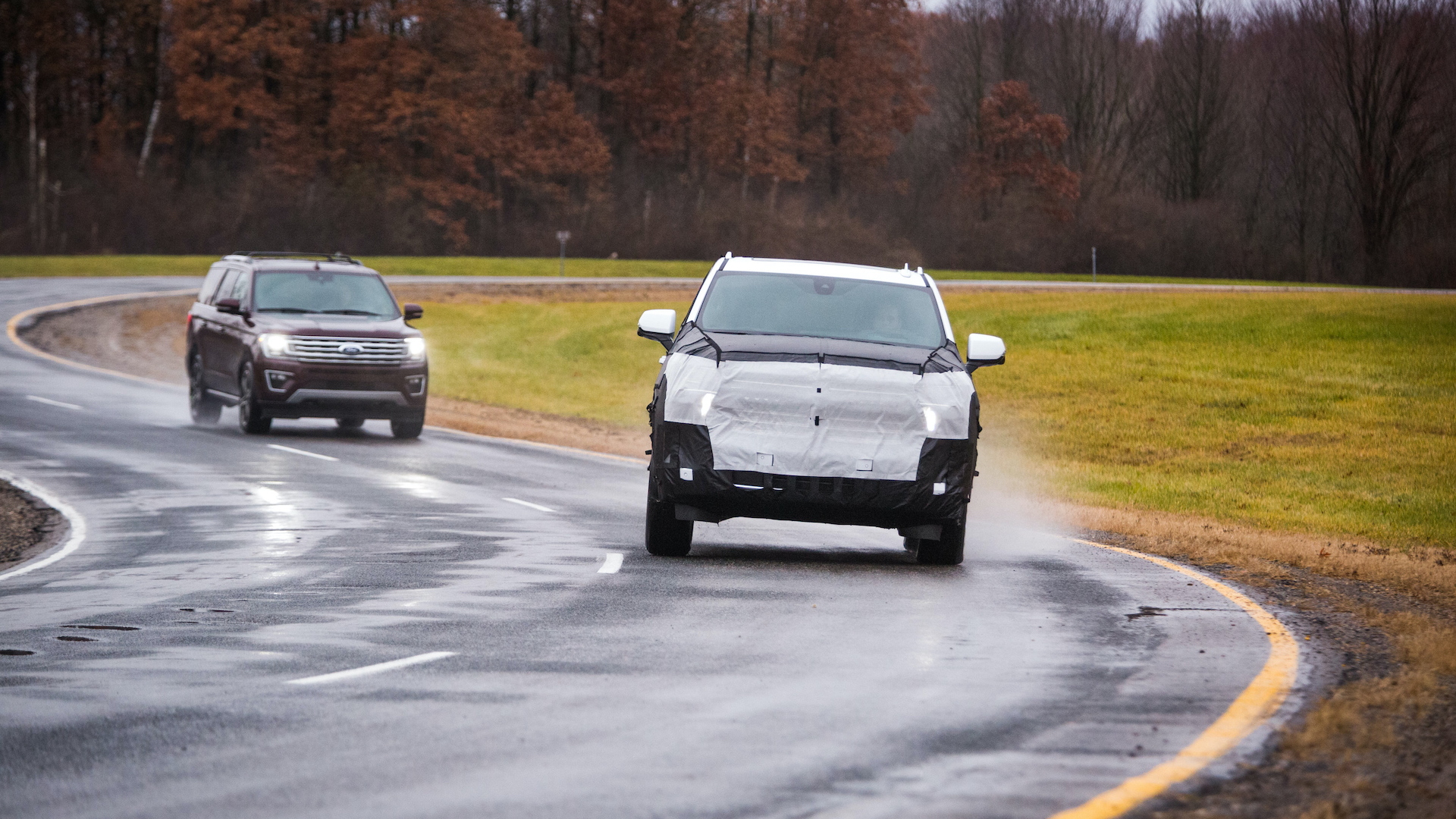 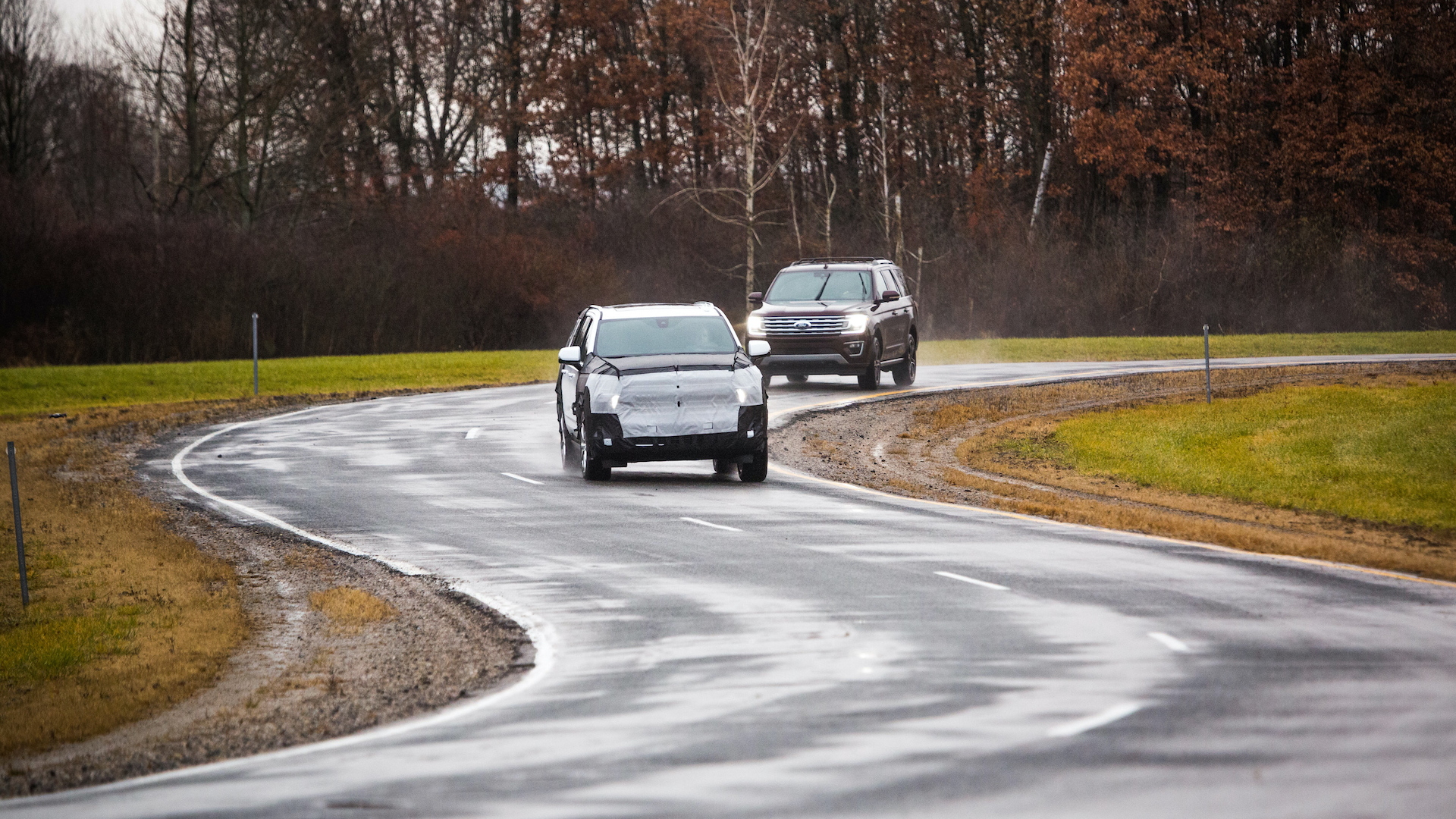 After more than three decades on the market, the Chevrolet Tahoe has received an independent rear suspension.

On Tuesday night in Detroit, the 2021 Chevrolet Tahoe and its larger sibling, the Suburban were unveiled with the latest infotainment technology, an available turbodiesel powertrain, and most importantly, a modern suspension.

Prior to the reveal, I was granted some seat time in a pre-production 2021 Chevrolet Tahoe prototype at GM's Milford Proving Grounds to experience the big SUV's on-road dynamics against its direct rival, the 2020 Ford Expedition. Chevy's goal was to demonstrate how much more composed, comfortable, and controlled the Bowtie's offering is than the Blue Oval's.

Chevy provided the competitive vehicle, so I won't comment on its performance—especially since we evaluated both on GM's home court. But I can tell you more about the Tahoe's leap forward in a few ways.

For our brief first ride, I slid into the rear second-row passenger seat of a white 2021 Chevrolet Tahoe High Country (the glitzy model). The front and rear bumpers were covered in camouflage and the interior was completely hidden beneath black cloth. This Tahoe was optioned with the fourth-generation magnetic dampers and four-corner air suspension. Our driver, Bryan, said we would go around the same loop twice, once at just below 60 mph in the default suspension mode that is biased toward comfort, and then again at a quicker pace with the suspension in Sport mode.

In both modes the Tahoe handled a section with small cracks and simulated expansion joints well. Next up were large bumps and dips affecting only the left side of the vehicle. These road imperfections jostled the vehicle only slightly, and the ride was controlled and comfortable.

For the second lap, with the air suspension and magnetic dampers in Sport mode, Bryan put his foot into the throttle and we approached 70 mph. The ride was noticeably firmer, but the suspension still never became unsettled. Over the undulations that affected only the left side of the vehicle, the large SUV remained composed and never tossed me around. More impressive was how Bryan was able to attack the bumpy corner at just over 72 mph. This time he took a racing line, and I could feel air suspension and dampers working to counteract the Tahoe's considerable mass.

The front and rear seats in the 2021 Tahoe are narrow and firm and the Tahoe's seat bottoms are too short to offer thigh support to long-legged occupants. The Tahoe's front seat does have adjustable lumbar support, though, so drivers' backs shouldn't suffer.

The second-row seat slides fore and aft, so second- and third-row occupants can horse trade for leg room. Like the fronts, the second-row seats have short seat bottoms, but their design gives them good lumbar support. While both the second and third rows fold flat for cargo hauling, the Tahoe's second-row seat can't slide and tumble forward when a car seat is locked in place. That makes it harder to get into the third row when child seats are in place in the second row.

My total seat time in the 2021 Tahoe lasted only a few minutes, not hours, but this first encounter was enough to suggest that the 2021 Tahoe's switch to an independent rear suspension was a smart call. Combined with the available magnetic dampers and four-corner air suspension, it makes the Tahoe a smooth operator.

Stay tuned for further impressions as we get closer to the launch of the 2021 Chevrolet Tahoe and Suburban next summer.