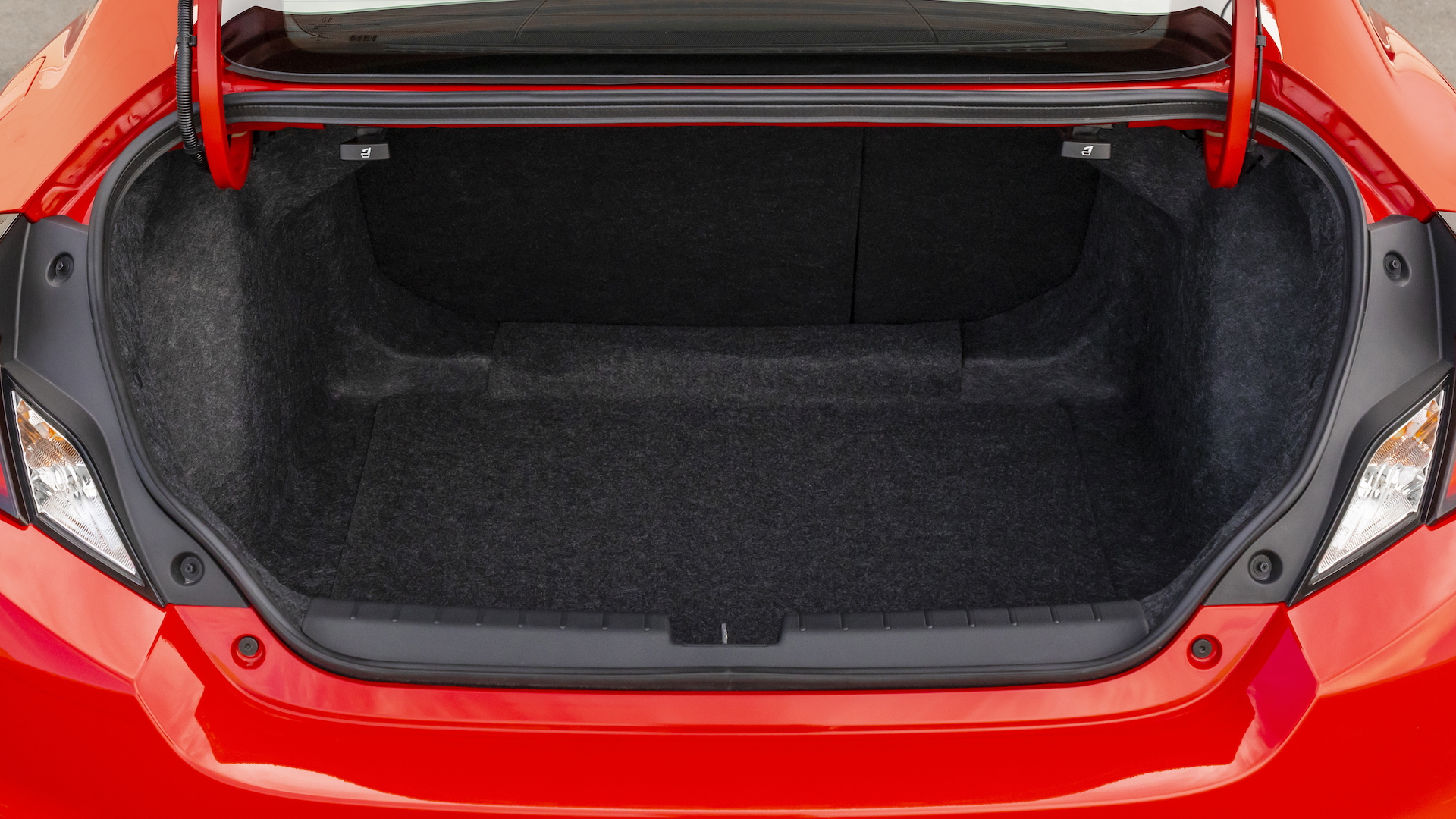 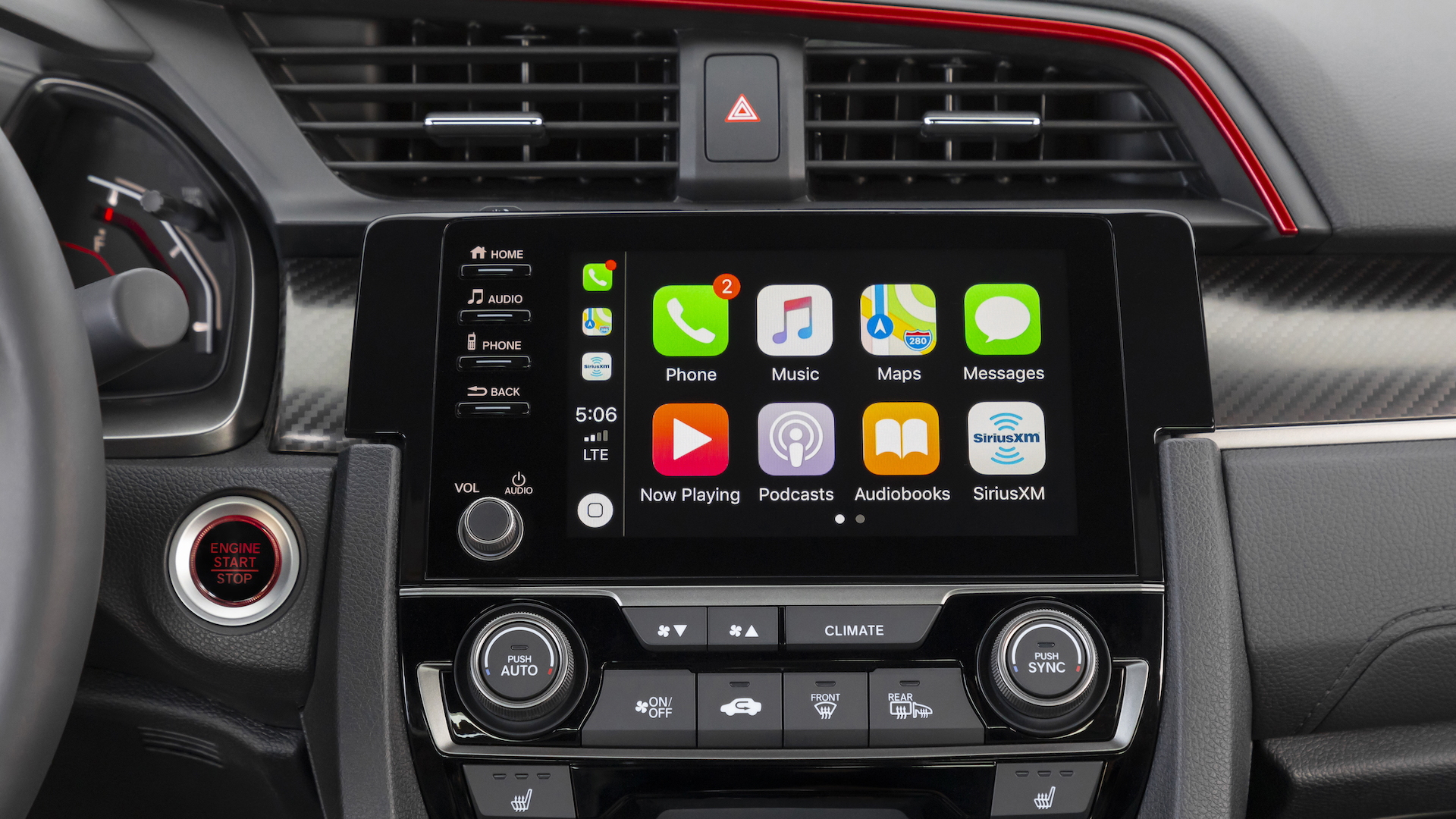 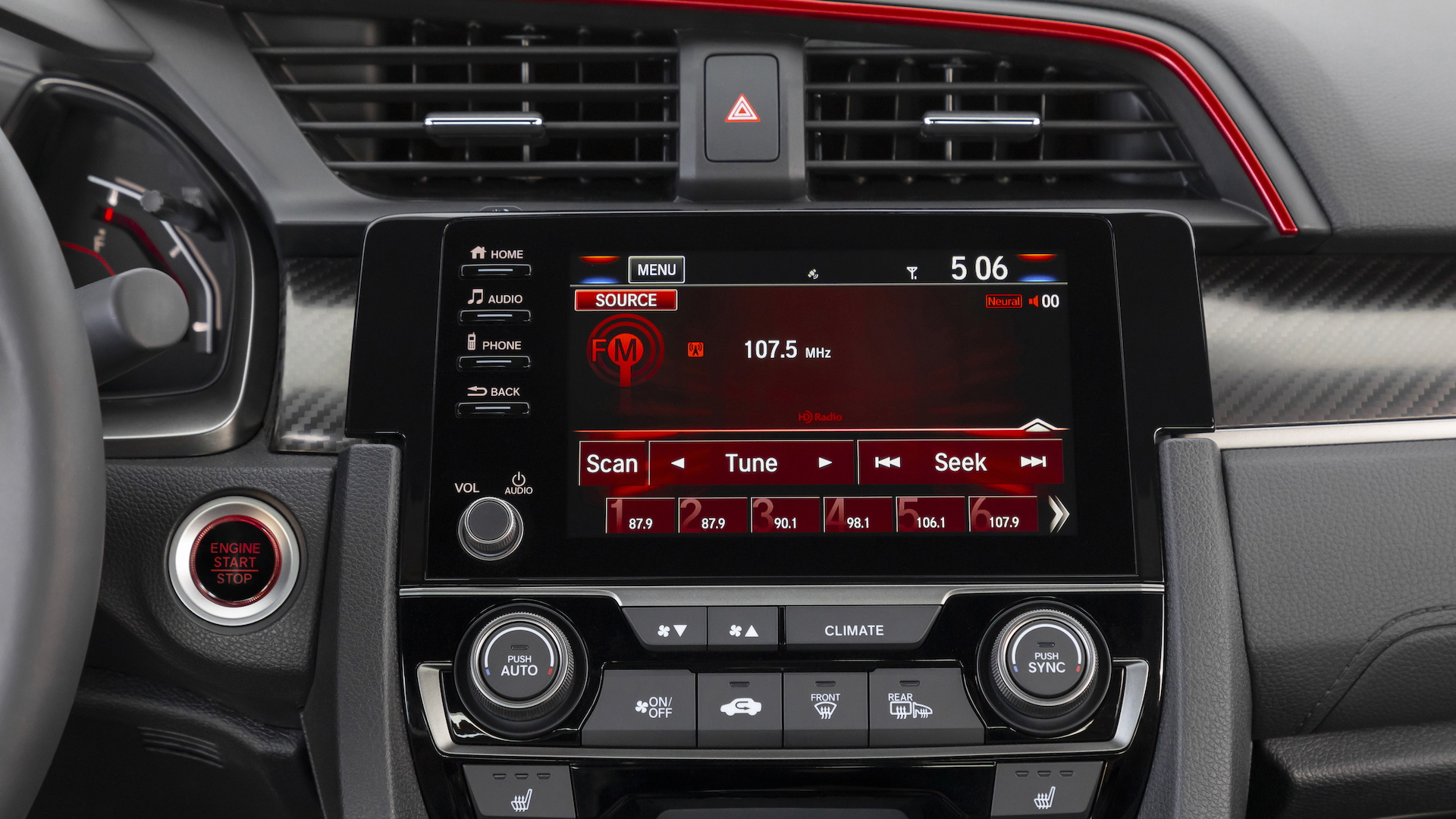 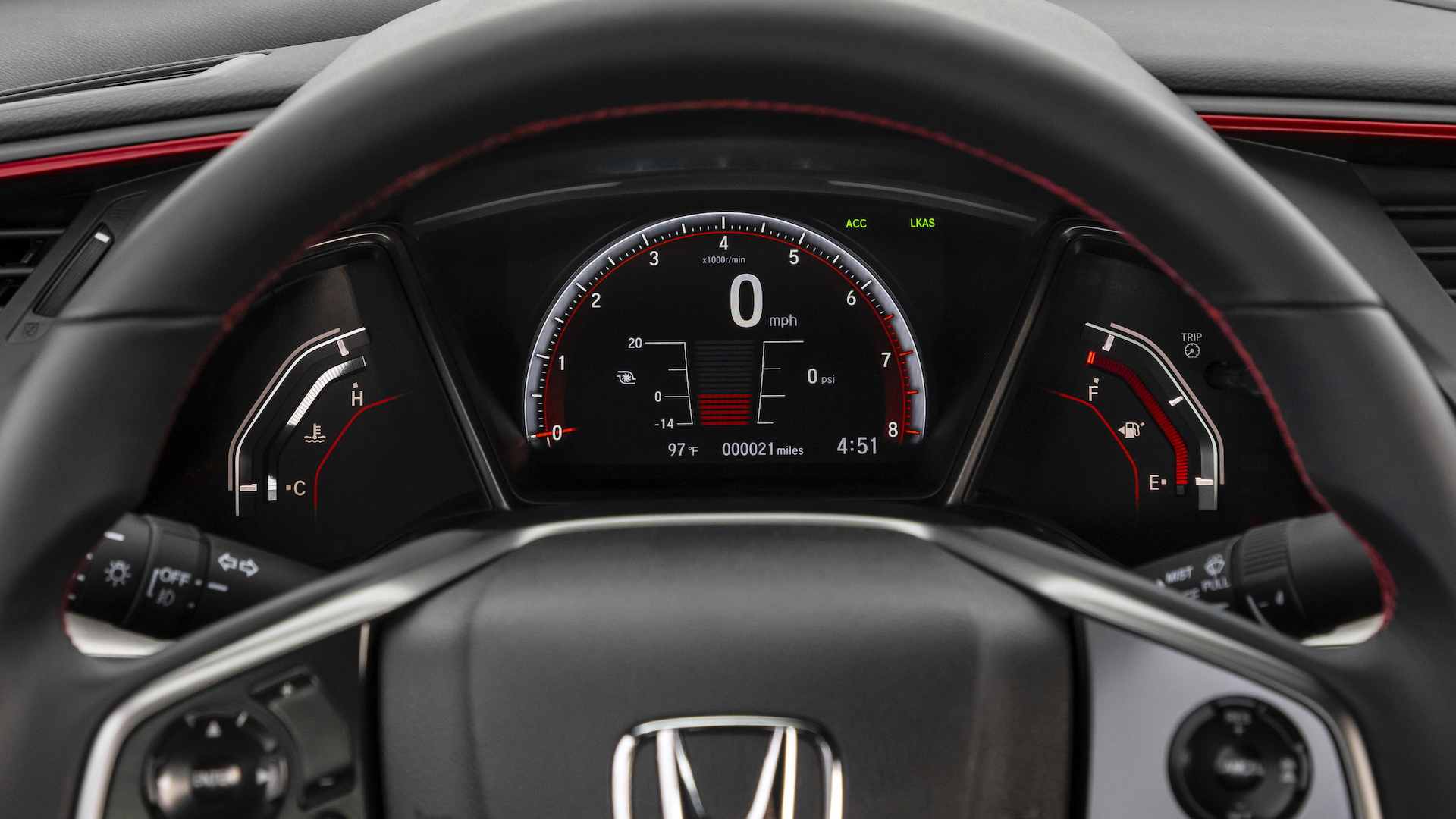 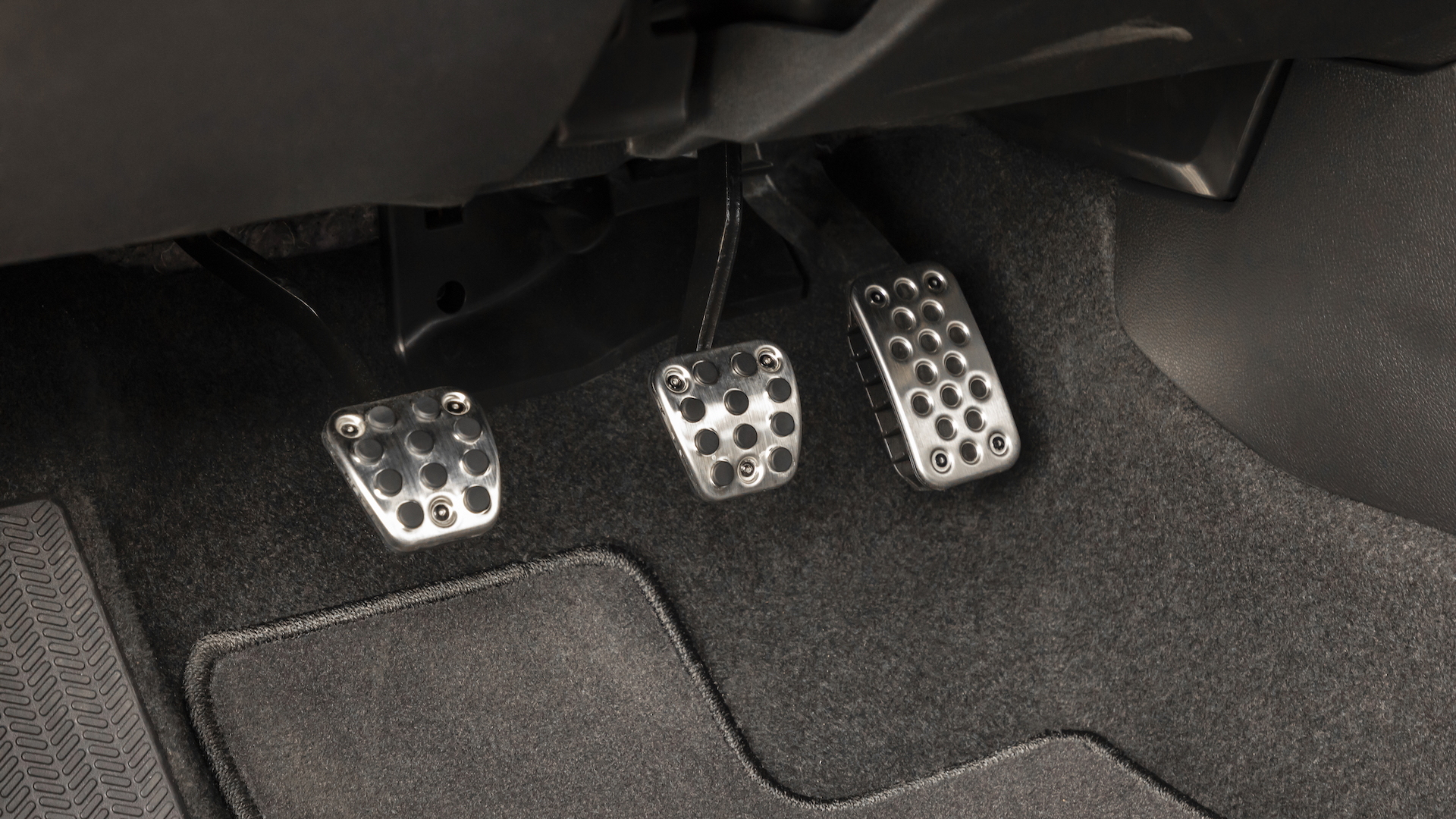 The 2020 Honda Civic Si twists and turns through Texas hill country outside of Austin with quiet, responsible competence. Its little turbo-4 doesn’t scream for attention or lay down chunks of rubber, and its softly tuned suspension doesn’t threaten the chiropractor budget. In fact, it’s equally at home during the commute from downtown to out here, but its responses in the twistiest stretches reveal a performance credibility that fades into the background the vast majority of the time.

Honda calls the Civic Si the brand’s gateway to performance, but it’s the mildest of gateways. It feels more like the Civic family sedan than a tire-scrabbling competitor for, say, the Subaru WRX, and there's a lot of room between it and the Civic Type R.

Example: The Si’s 1.5-liter turbo-4 slots into that bastion of fun, the Honda CR-V. Its clutch pedal is very light, and the ride quality is so forgiving that it seems more attuned to Uber duty than autocross runs, especially in sedan form (I doubt rideshare passengers would want to get into the back of the other option, the two-door coupe).

However, even when the road straightens out the Si drops hints that Honda engineers had performance in mind when developing it. The clutch may be light, but this car comes only with a manual transmission, and Honda’s manual shift action is among the best in the industry thanks to short, positive throws.

It also rides on adjustable dampers, a rather costly feature for a car priced in the mid-$20,000 range. Click it into Sport mode and throttle response quickens ever so slightly and the two-way adjustable dampers provide a bit more welcome agility in these undulating hills, though the car still leans noticeably in corners. Sport mode does cause some minor bouncing motions on uneven freeway surfaces, but the ride never approaches firm.

Even more grown up

Honda released the Civic Si as a 2016 model, and the company has given it a minor update for 2020. The most obvious changes are on the outside, where it wears LED headlights and taillights for the first time, new front air intakes, and black wheels. Inside, it now sports red trim on the dash and seats, a volume knob for the radio (yay!), and a new active sound control system.

Given its mild manners, the Civic Si seems out of place on a racetrack, especially a Formula 1-approved venue like Circuit of the Americas. Honda had to prepare these cars for track duty by installing accessory performance brake pads from Honda Performance Development and ticking the only option box on the order sheet: $200 for a set of Goodyear Eagle F1 summer tires.

The family-car traits surface on COTA’s 3.4-mile road course—a little too much body lean, the light clutch, modest power—but the Civic Si’s performance cred starts to shine through as the laps pile up. The well-spaced shift gates make it easy to find each gear and the instrument cluster flashes a pair of red lines as well as a series of sequential lights to announce when it’s time to shift near the 6,500 rpm redline.

Light and direct, the steering satisfies and the car turns in dutifully. The standard front limited-slip differential puts the power to the asphalt upon corner exit rather than losing it as wheel spin. Despite a new active sound control system, that power arrives as a droning whine that I wouldn’t want to live with every day, but the little turbo-4 creates enough oomph to post a 0-60-mph time in the low 6s.

The Civic Si’s best traits, its weight and neutral handling, show themselves only when the car reaches the limits of its performance envelope. The Civic Si coupe weighs in at just 2,889 pounds and the sedan just 2,906 pounds, and that lack of mass allows Honda to control understeer better than most front-drive cars.

When pushed in corners, the Civic Si leans over, takes a line, and follows through. The 235/40R18 Eagle F1s provide decent grip, but when the g forces exceed the car’s limits of adhesion it starts to slide, not forward but sideways. From there, it’s very easy to catch it with a dab of steering or by letting off the throttle to complete the arc of any given turn. That’s the result of good bones, but it takes pushing the car at racetrack speeds to find its fundamental performance capability.

With these pads, the brakes have a firmer pedal, but they last through four hours of on-track abuse at speeds up to 115 mph without fading or pulsating. The discs are only 12.3 inches up front and 11.1 inches in the rear, and they all use single-piston calipers, but they hold up well.

The 2020 changes to the Civic Si come with a $700 price increase, bringing the total to $25,930. The safety features alone are well worth the extra money.

It may not seem like a true performance car, but the 2020 Honda Civic Si is only a set of performance brake pads away from handling track duty. It’s not exciting, and the performance edge is buried under a layer of day-in, day-out comfort. However, the 2020 Civic Si is simply a good car with a good ride and good handling that offers a good value and an underlying current of responsible fun for any buyer.

Honda paid for travel and lodging for Internet Brands Automotive to bring you this firsthand report.