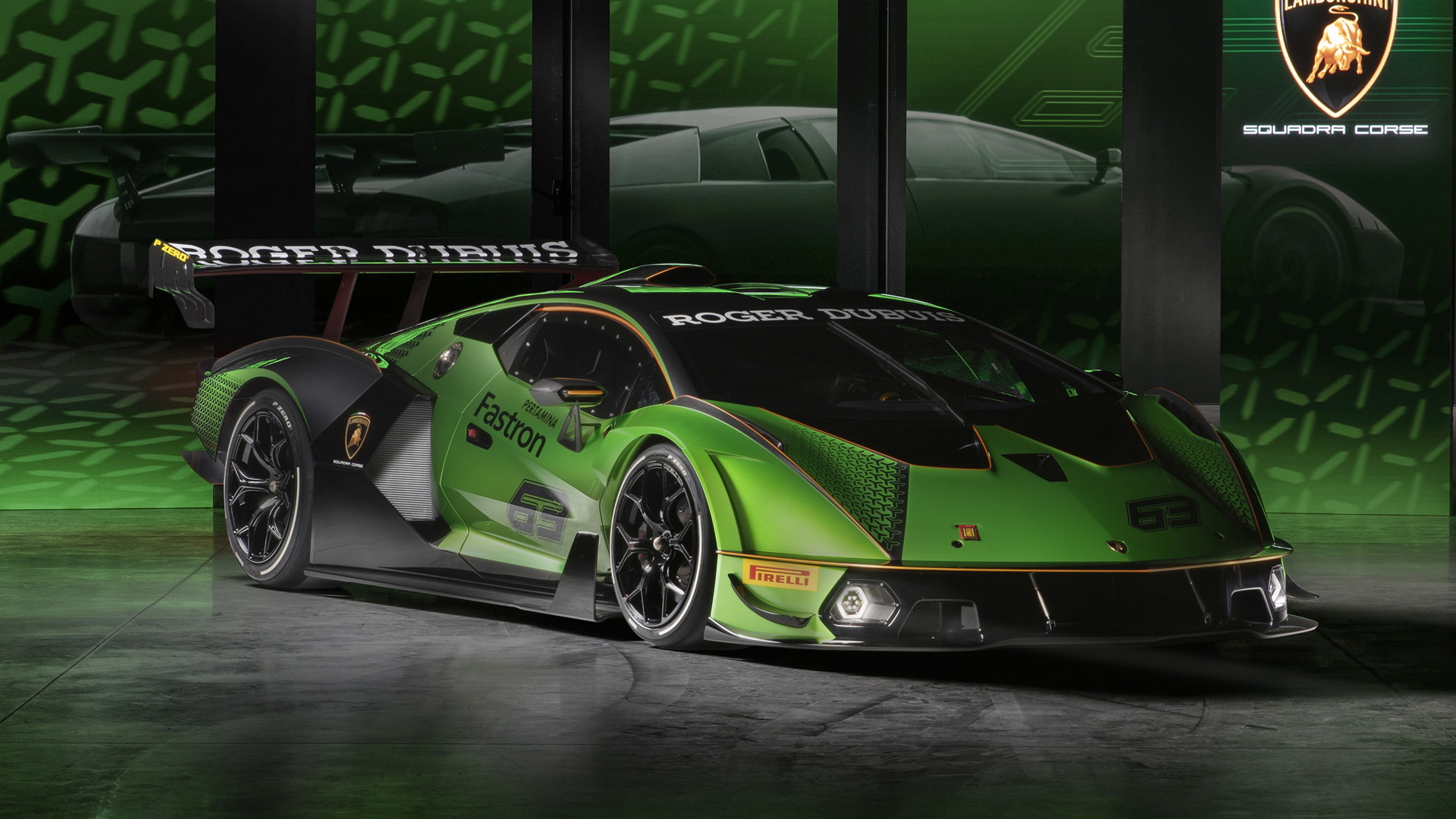 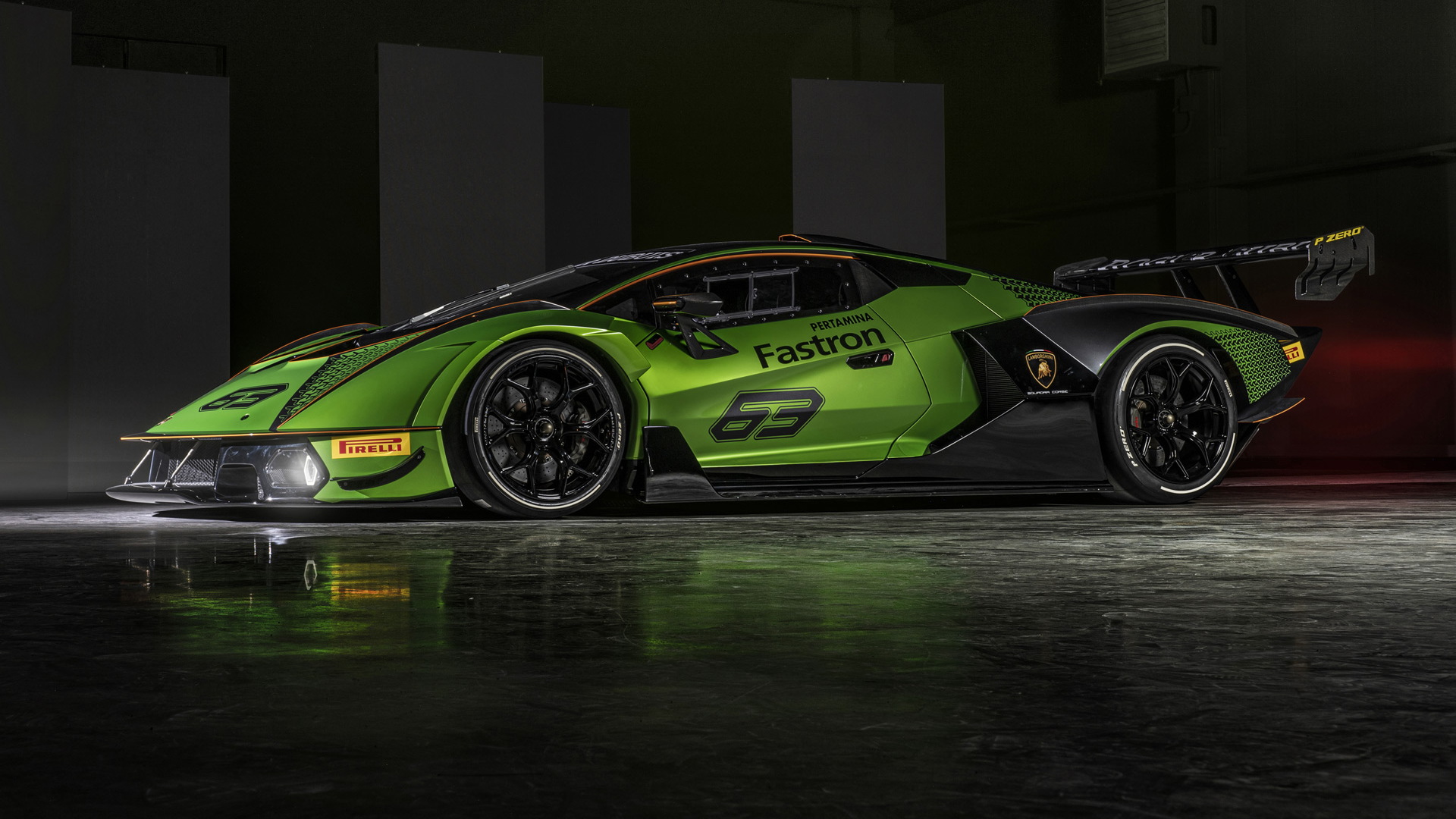 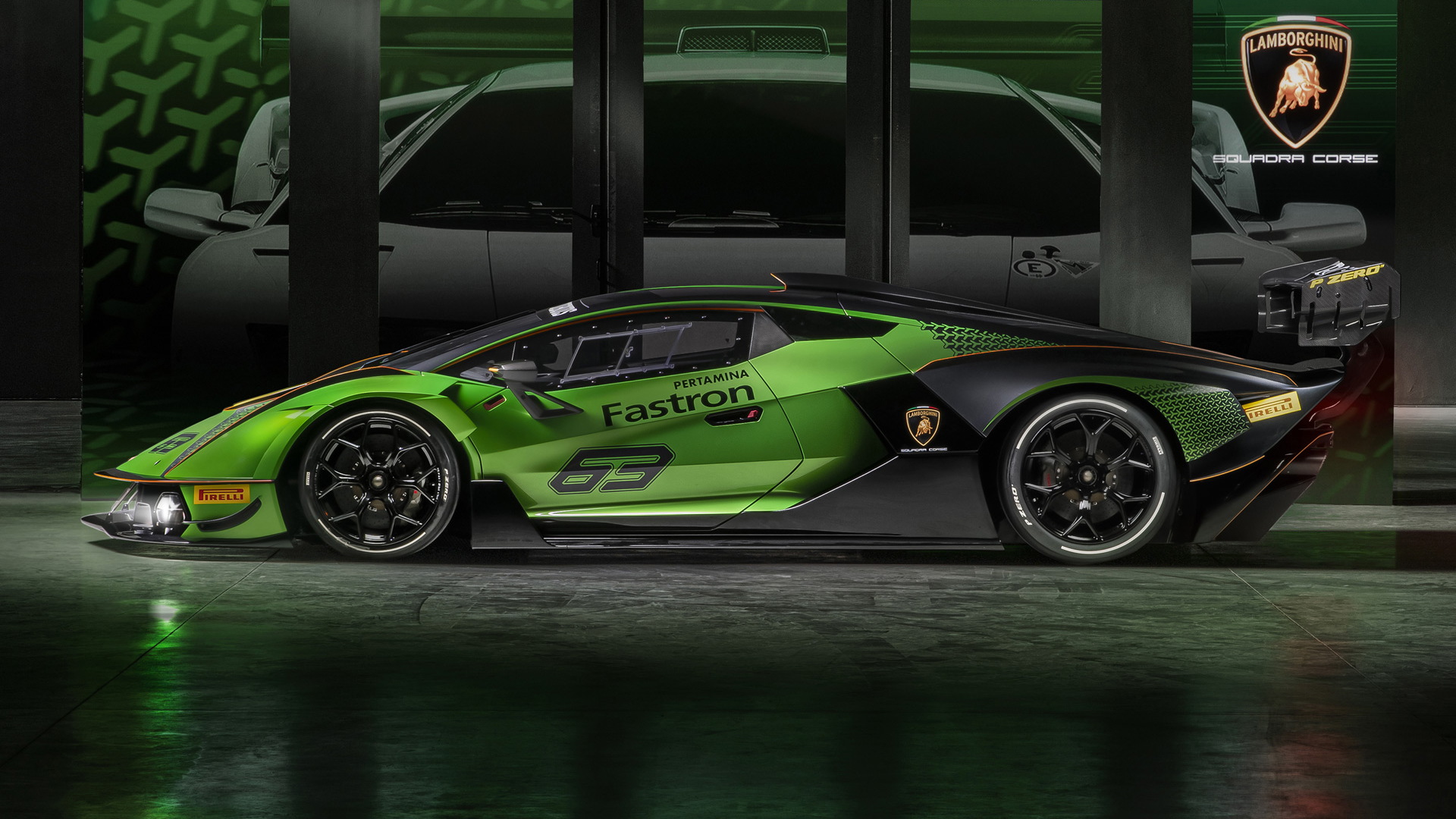 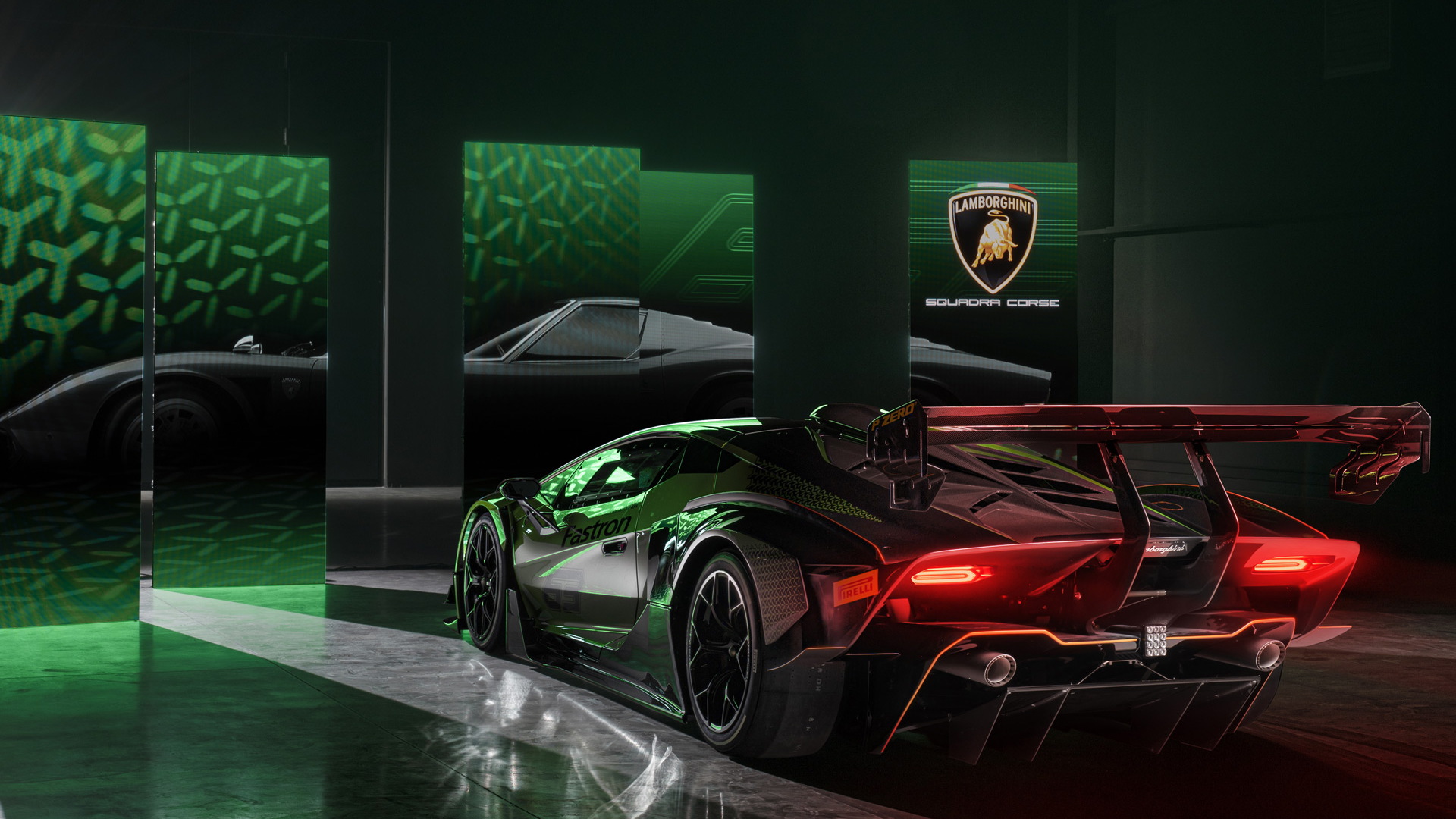 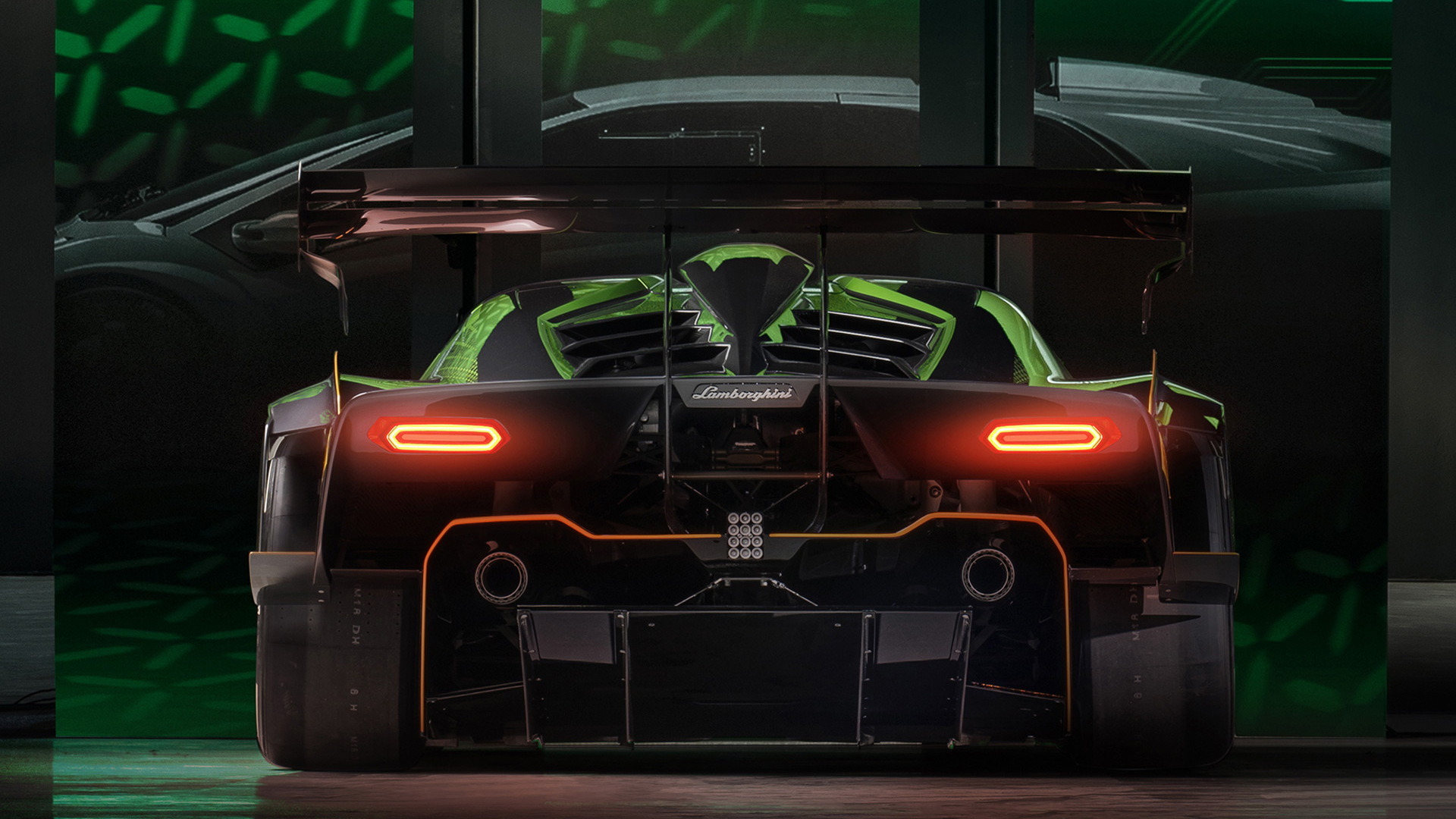 Lamborghini's Squadra Corse motorsport division on Wednesday unveiled an extreme version of the Aventador. It's called the Essenza SCV12, and just 40 examples are destined for production.

Lamborghini describes the car as the spiritual successor to the Miura Jota and Diablo GTR, and that description is certainly fitting considering all the enhancements made to the Aventador's platform to build this ultimate track weapon.

You'll notice there isn't a single part of the body common to the Aventador, and the interior is a new design as well. Among the key elements are a vented hood, an extended front splitter, side flics, and a large rear wing, all aimed at keeping the car glued to the track. Lamborghini said the car develops 2,645 pounds of downforce at 155 mph, or more than a GT3 racer.

A peak output of 830 horsepower comes from a tuned version of the Aventador's 6.5-liter V-12, which, among its many upgrades, includes a Capristo exhaust system. At high speeds, a roof-mounted ram-air intake also delivers pressurized air to further boost power. It's possible the Essenza SCV12 will be the last V-12 Lamborghini without electrification or turbocharging used to boost power. Lamborghini has already confirmed that its Aventador replacement, due around 2022, will be a plug-in hybrid.

The Aventador's carbon fiber passenger cell remains, but an additional steel roll cage housing the engine has been added to improve rigidity. Drive is also to the rear wheels only now, with shifting duties handled by a 6-speed sequential transmission from Xtrac. A mechanical self-locking type differential has also been added to drivetrain. The driver is able to adjust the differential to suit specific surface conditions at various race tracks, Lamborghini said.

The wheels are a magnesium set measuring 19 inches up front and 20 inches at the rear, and Pirelli has developed a bespoke set of slick tires for them. Stopping power comes from Brembo brakes.

As mentioned, just 40 will be made, and all build slots are likely gone. Part of the ownership experience will include track days organized by the Squadra Corse division at top racetracks around the globe. Starting in 2021, these will be “arrive and drive” events where professional racers, including five-time Le Mans winner Emanuele Pirro, will be on hand for coaching.

When the cars aren't on the track, the owners can choose to have them stored at Lamborghini's headquarters in Sant’Agata Bolognese, Italy. Lamborghini has a new hangar dedicated to the customer driving program, and inside there's a separate bay for each of the Essenza SCV12s. A webcam in each bay will allow owners to monitor their cars 24 hours a day using an app.