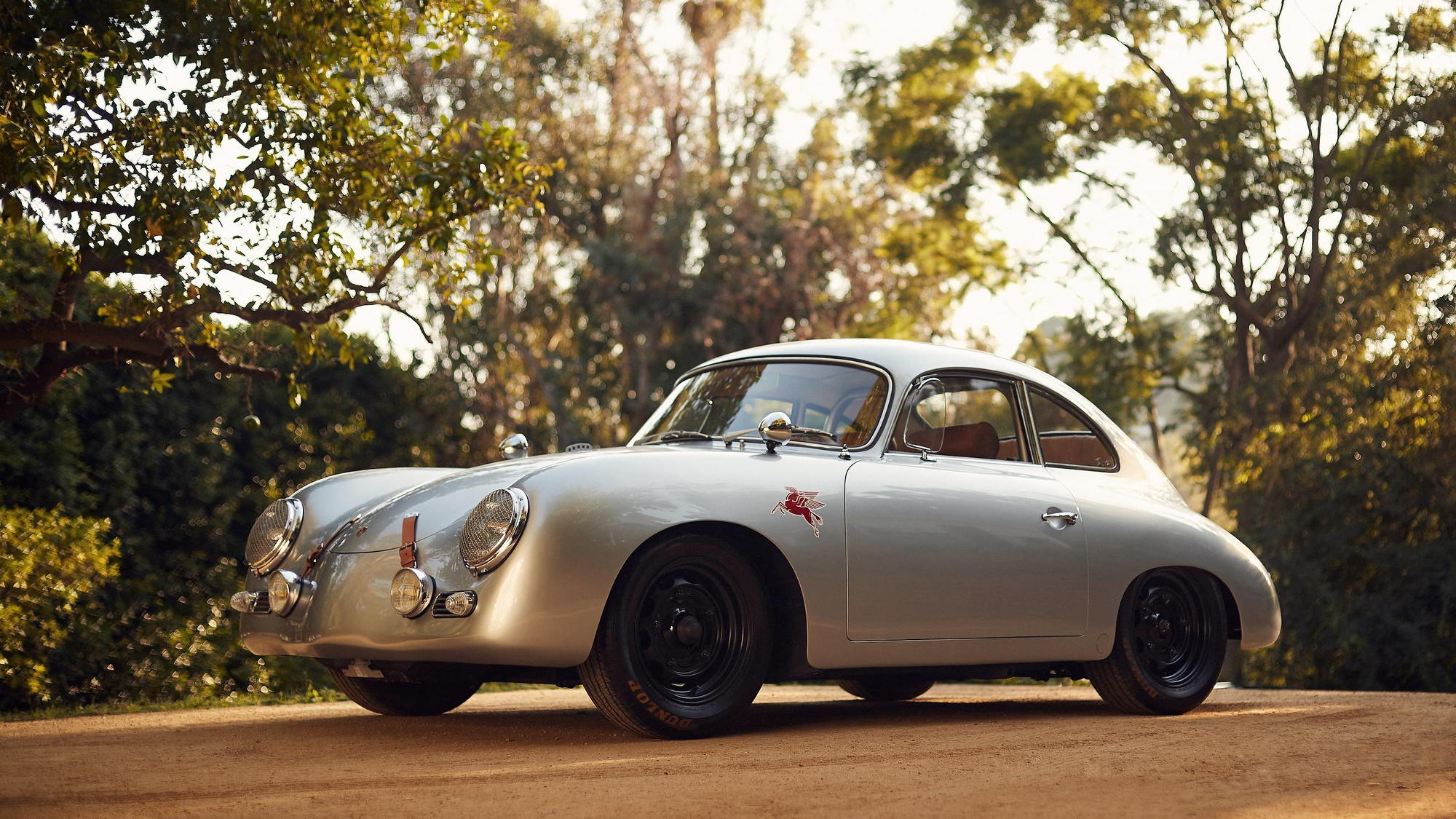 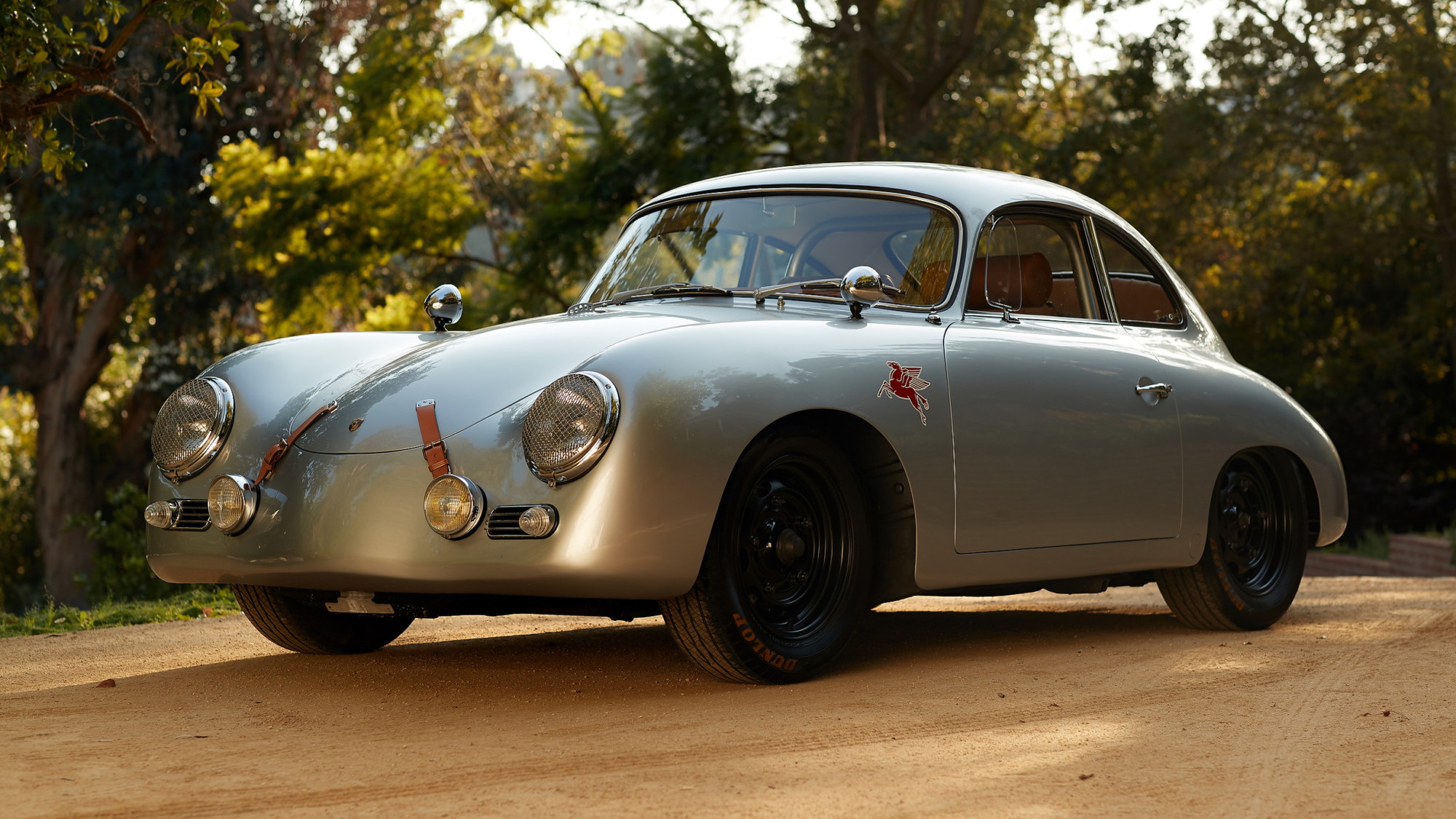 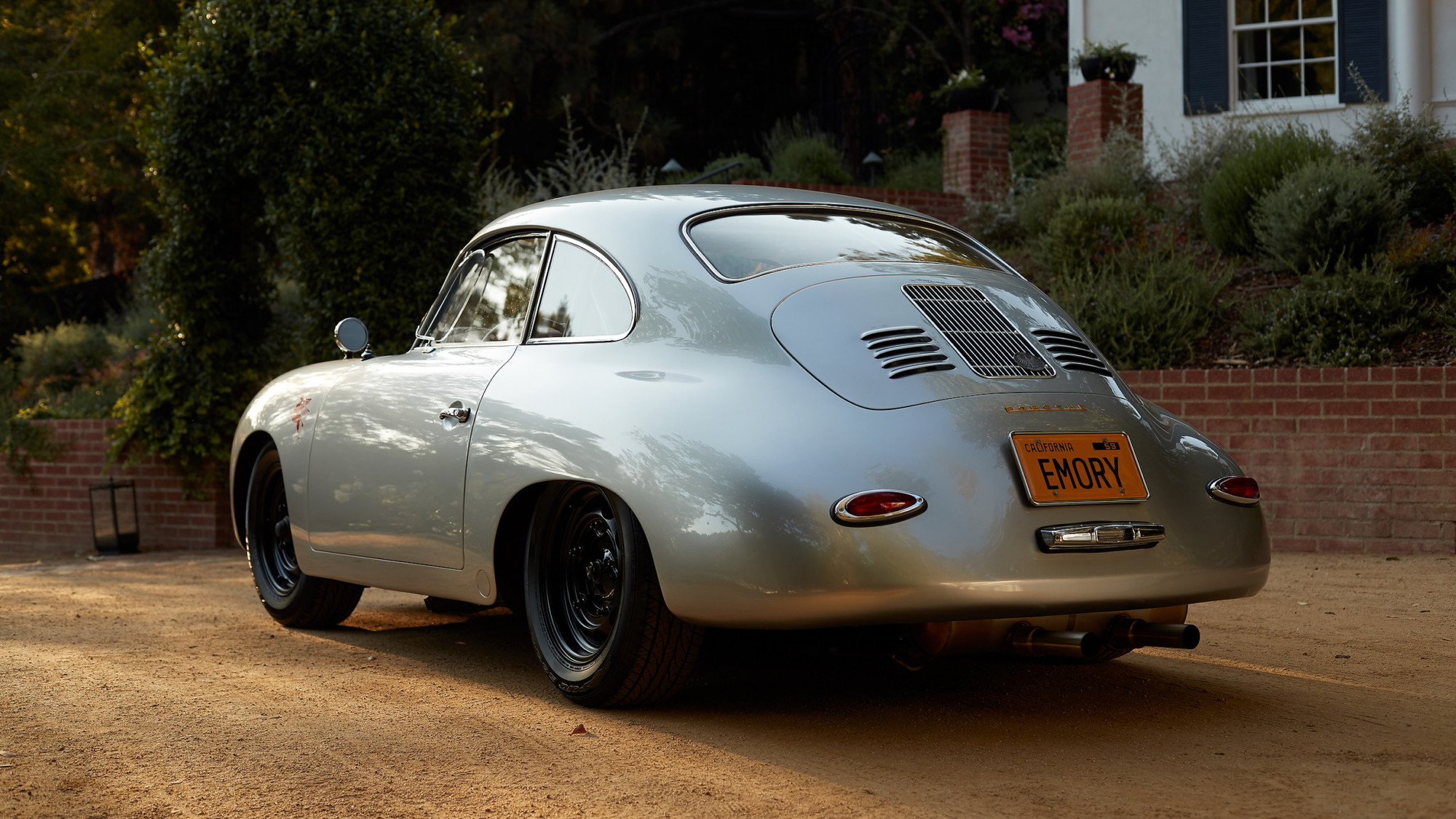 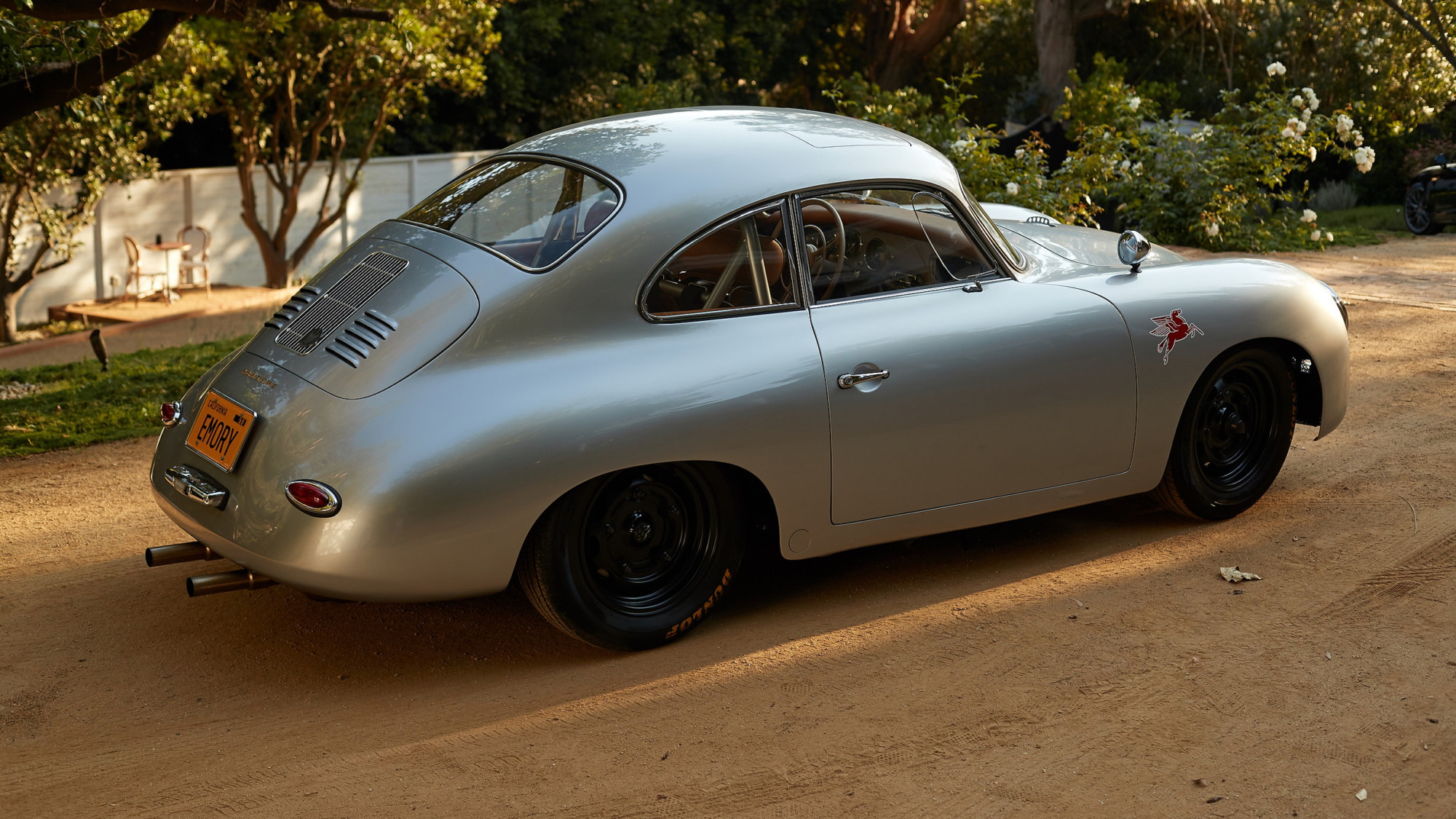 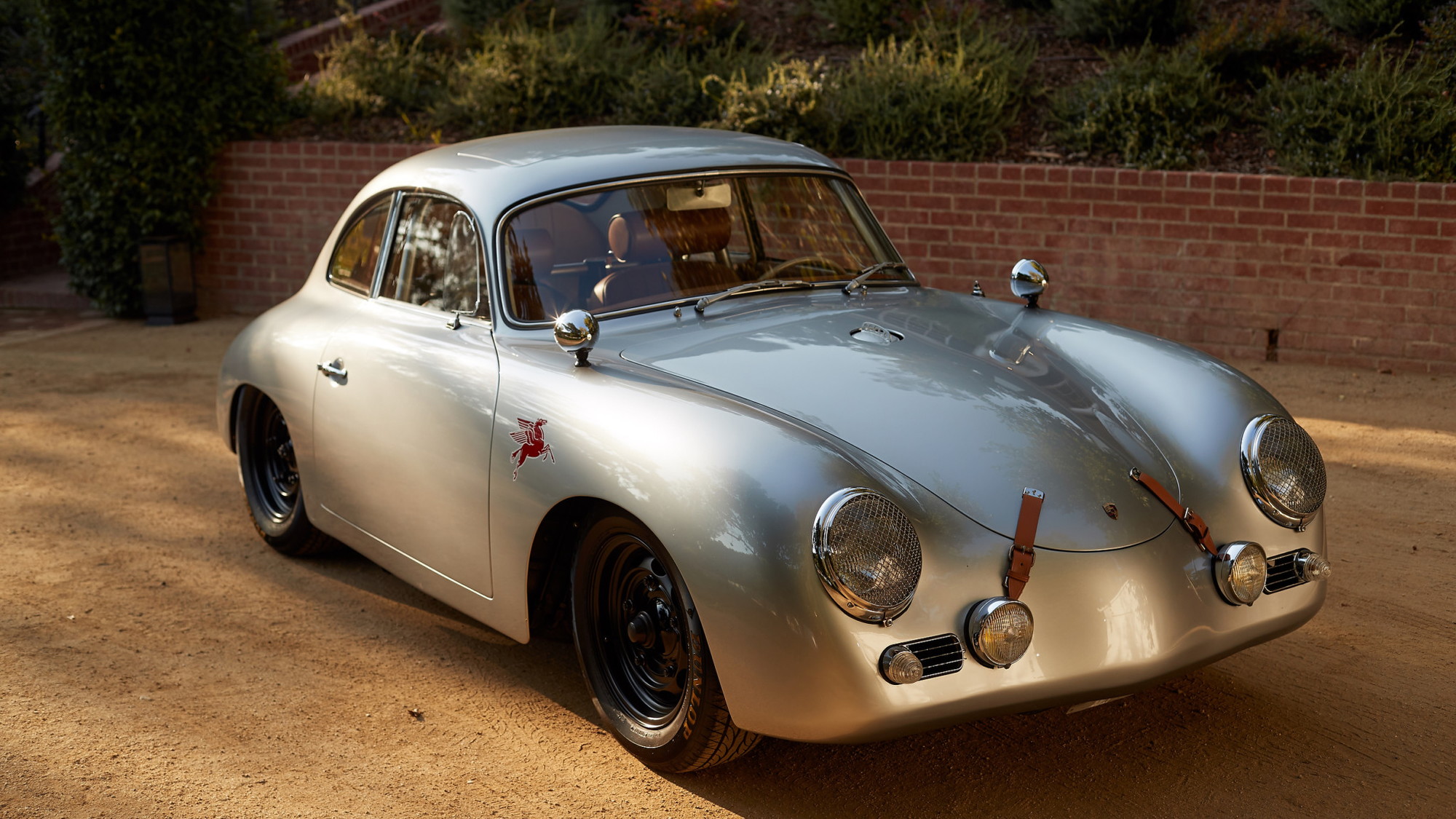 Rod Emory and Emory Motorsports have put together more than 100 "Outlaw" Porsche 356 builds over the years. From classic to full-on resto-mod looks, they run the gamut from mild to wild, and each feels both special and insanely desirable.

One of Emory's pieces of automotive art is currently up for sale on Bring a Trailer, and if you move quick (and have the requisite coin, which is saying something), you can own what the listing describes as something Juan Carlos I of Spain would have special ordered from Porsche to "rally around the countryside."

This Outlaw started life as a 356A 1600 sunroof coupe. The body was stripped to the metal, fitted with a new steel cowl, floors, battery box, and door bottoms. Then, the body was reinforced and the nose and tail rounded off (to imitate a GT car) and seam-sealed and epoxy-coated for rigidity.

Its chassis is likewise modified, boasting a 911-style rear suspension with narrowed trailing arms. The 15-inch wheels are custom, too. This car originally had a FAT Performance Type 4 engine behind the cabin, but it was swapped out for a 205-horsepower Emory-Rothsport 2.4-liter flat-4 mated to a Type 901 5-speed manual transmission.

The result is simultaneously a heavily-modified Frankenstein's monster of a Porsche and almost believably period. Emory sourced original parts where possible—including a factory 356A sunroof—and incorporated the non-factory parts and alterations so seamlessly that the result looks like something that could have been delivered by a Porsche customer racing program in 1959.

Bring a Trailer's listing includes dozens of photos of both the finished product and the rebuild process, which was also comprehensively documented on social media. The car is being sold by the customer who commissioned it. As of this writing, the bidding sits at $301,000 with about a day left. The listing expires Friday, Oct. 18 at 5:00 pm Eastern time, so if you're interested, you need to move fast.