Mercedes-Benz is working on a redesign for its C-Class and once again the nameplate will offer a high-performance C63 developed by Mercedes-AMG.

AMG chief Tobias Moers let slip a year ago that the next C63 will have a hybrid powertrain, and Autocar reported on Thursday that the powertrain in question will be a mild-hybrid setup incorporating AMG's new 2.0-liter turbocharged inline-4 as the internal-combustion component. Yes, get ready to say goodbye to the V-8.

The inline-4 already delivers a stout 416 horsepower in S versions of AMG's newest compact cars, such as the CLA45 S, but the addition of a mild-hybrid setup is expected to see peak power match the 503 hp of the current C63 S while peak torque is said to exceed the current car's 516 pound-feet.

The mild-hybrid part of the equation will reportedly be similar to what we've seen in AMG's 53-series mild-hybrids, essentially a 48-volt electric motor-generator that replaces the starter motor and alternator typically found on internal-combustion cars. The setup can also provide a boost during high loads and at other times, such as braking and coasting, recover energy. 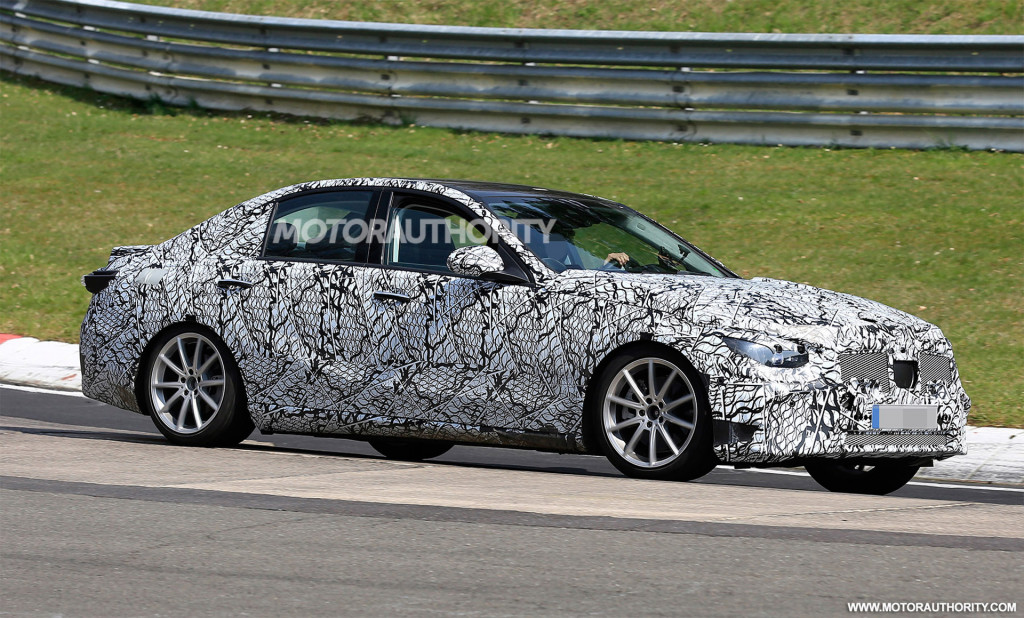 Weight distribution should also be improved as there will be less weight in the nose of the car, even with the addition of the new electronics.

A tamer C43 will remain in the future lineup, with this model to receive a detuned version of the C63's powertrain.

Interestingly, Autocar also reported that the next C63 will no longer offer a wagon body style—an option that never made it to the United States anyway. The longroof option will likely still be offered on the C43, though.

The redesigned C-Class is expected on sale in late 2020 as a 2021 model. The C63 version should follow in about a year.