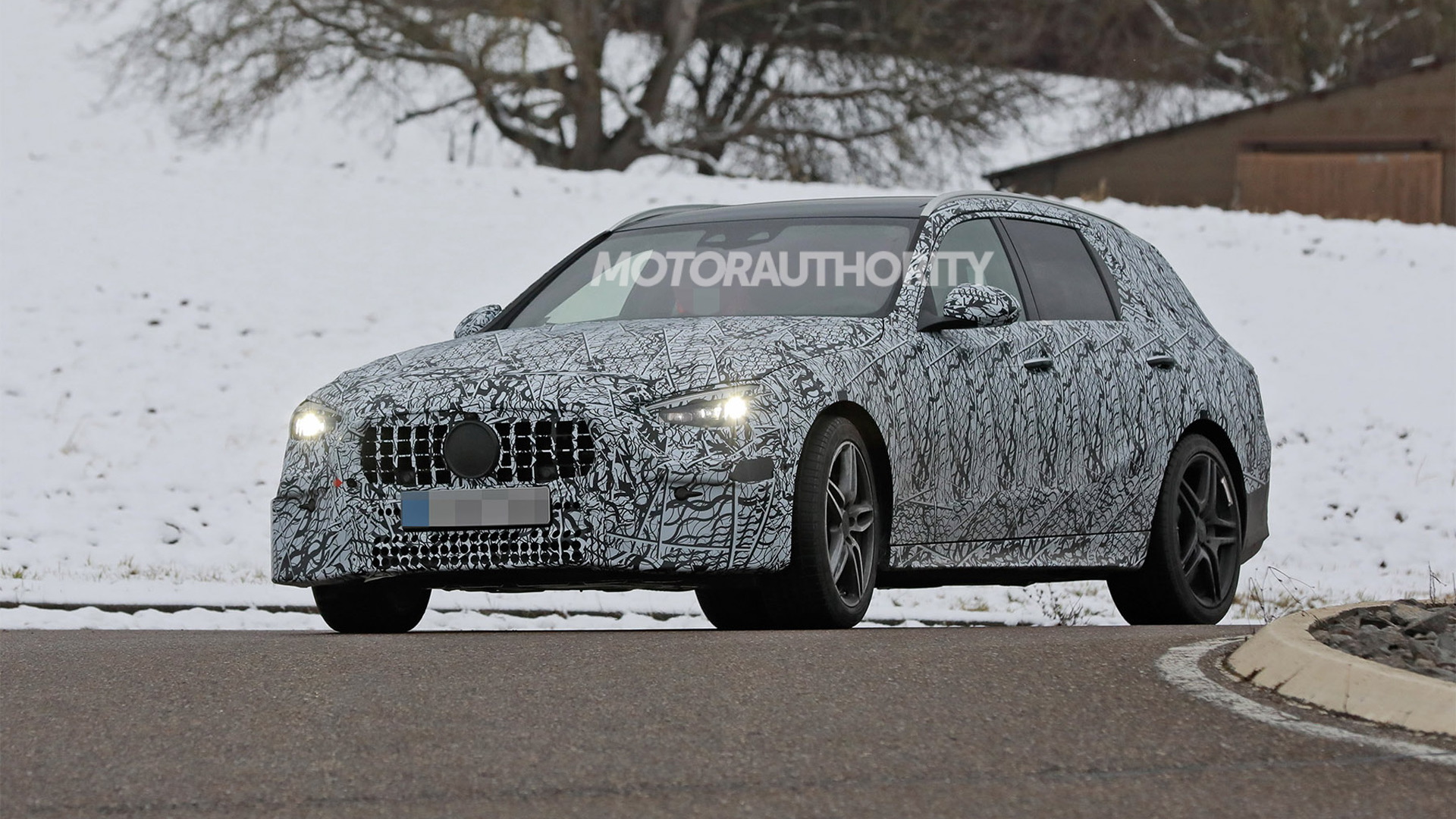 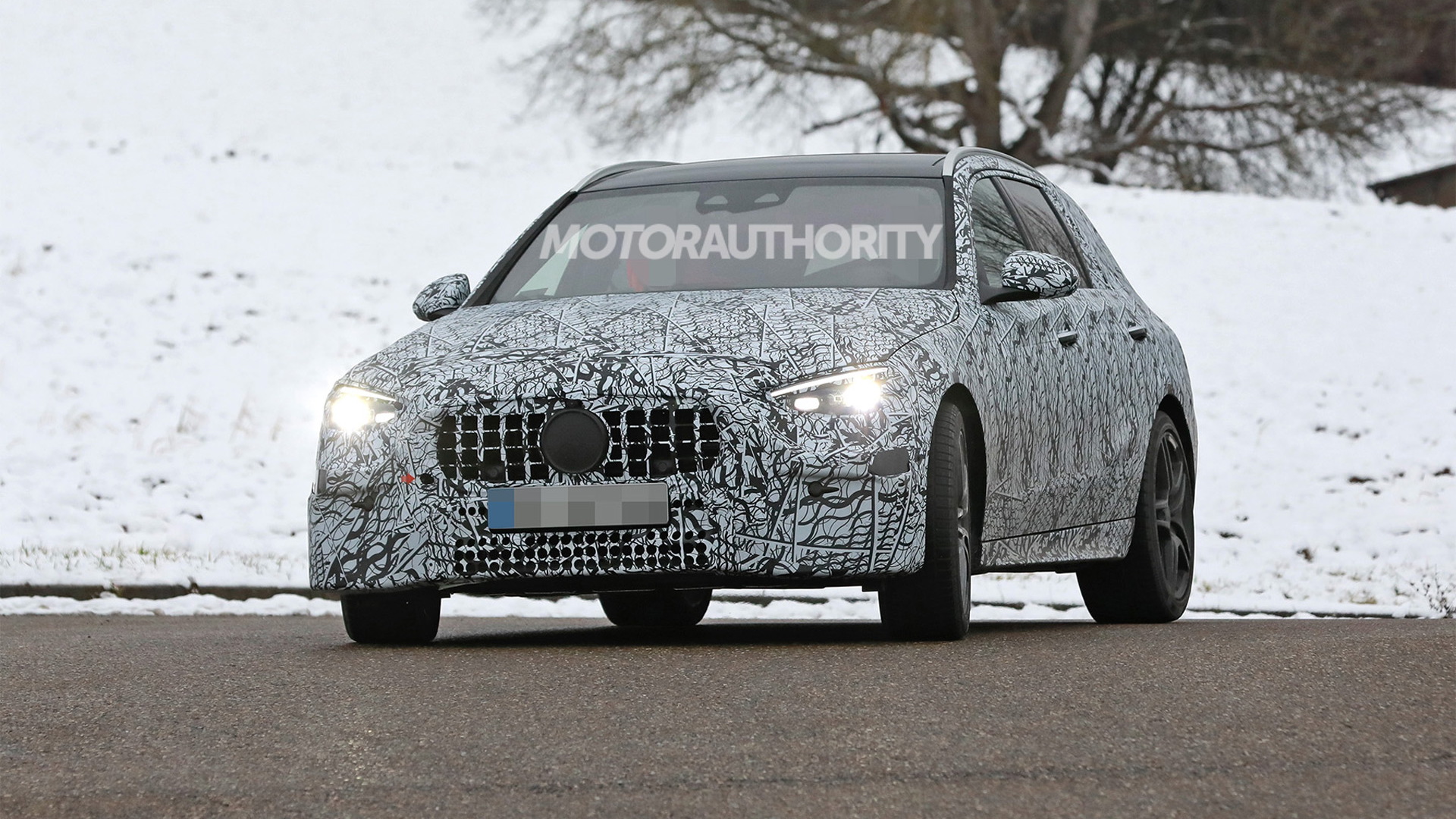 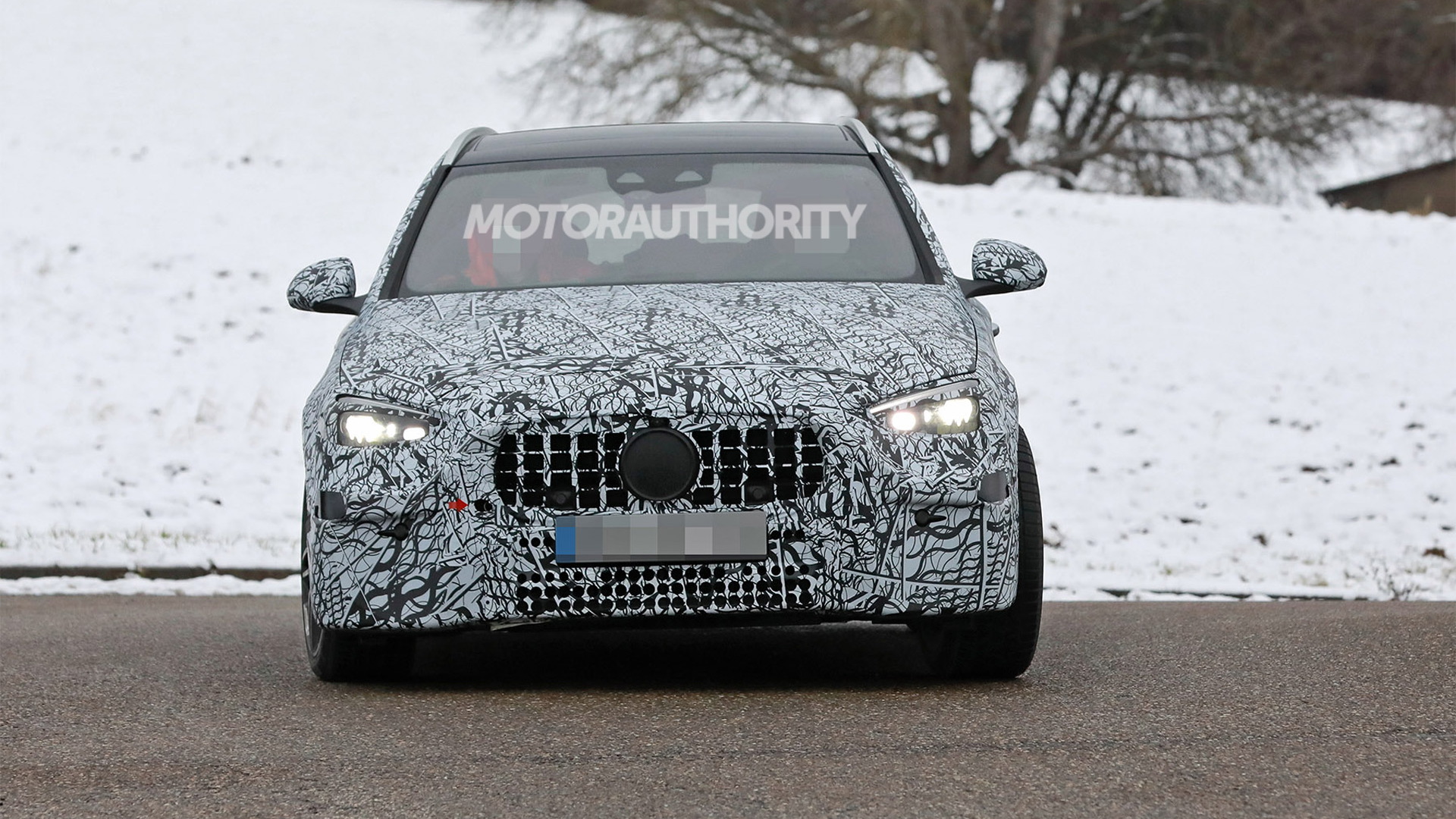 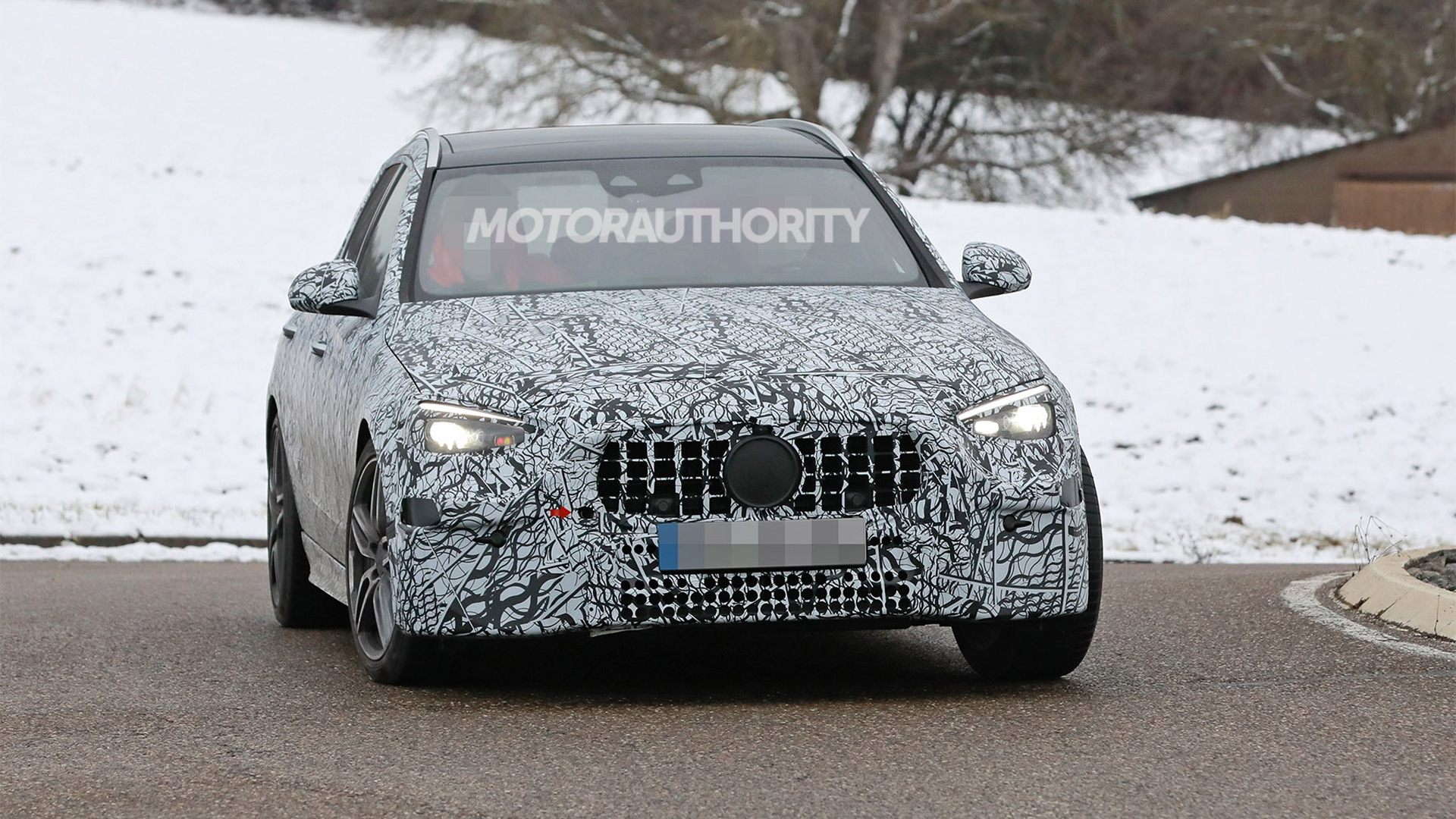 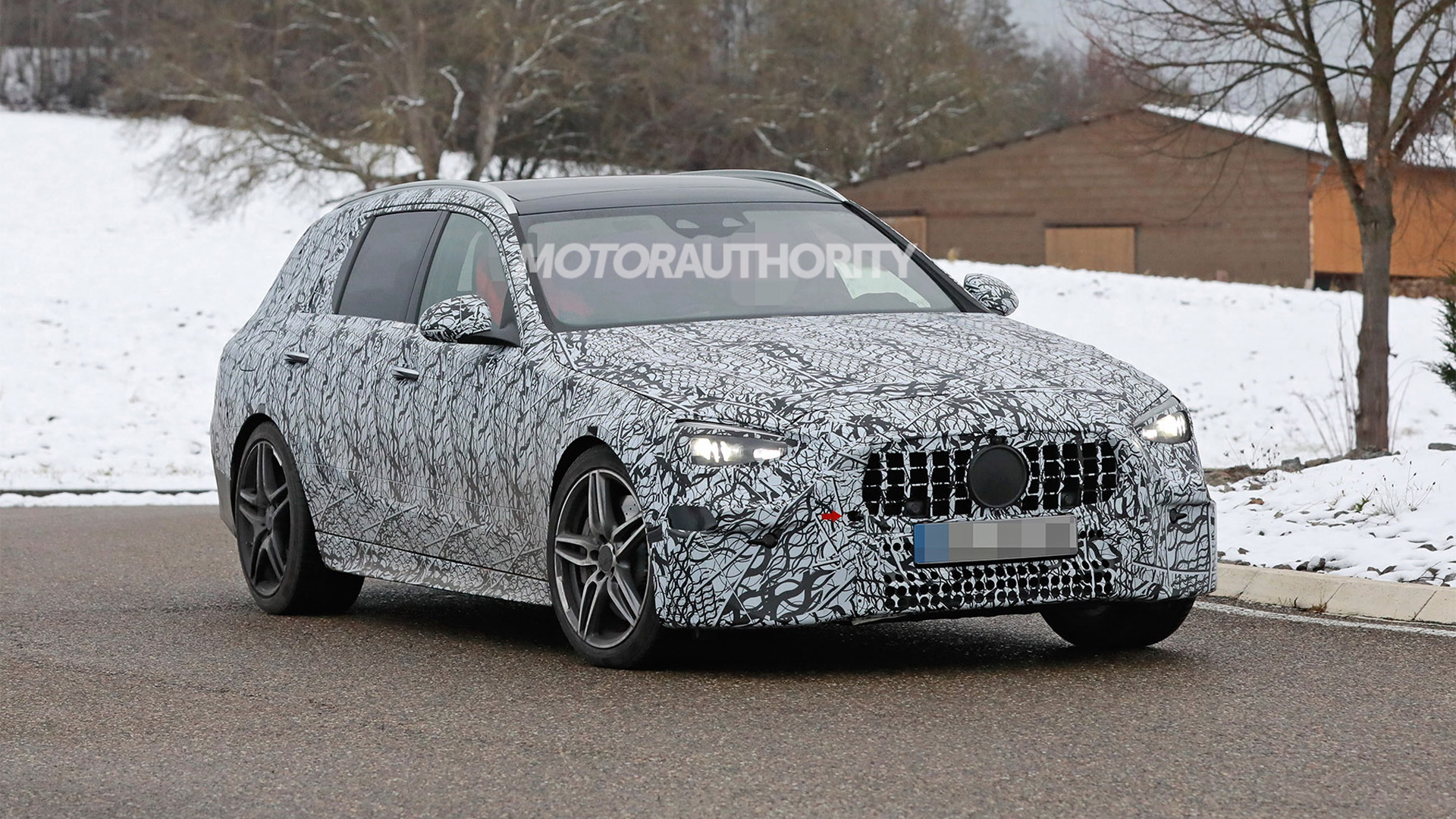 Mercedes-Benz is working on a redesign of its C-Class and once again the nameplate will offer performance versions developed by Mercedes-Benz AMG.

This time around a C53 is expected to fill in for the current-generation's C43 variant while a C63 should continue to sit at the top of the range.

Our latest spy shots show a prototype for the new C53, in its wagon body style. The C53 sedan has also been spied. Unfortunately, the new C-Class Wagon isn't expected to reach the United States so you can also count the C53 Wagon making it here.

We know this is the C53 because of the four round exhaust tips at the rear, the Panamericana grille up front, and the big brake rotors at each corner. Testers for the C63 have also been spotted and are distinguished by a more aggressive front fascia, square-shaped exhaust tips, and better brakes, possibly even carbon-ceramic rotors.

The C53 should have AMG's 2.0-liter turbocharged inline-4 (shown below) found in the tuner's compact range. It delivers as much as 416 hp in some of the compact models, eclipsing the current C43's 385 hp. Expect the C53 to also have around 416 hp.

Look for the new C53, in both sedan and wagon body styles, to debut later this year as a 2022 model. It should debut alongside the regular version of the redesigned C-Class, while the new C63 should arrive six months to a year down the track.