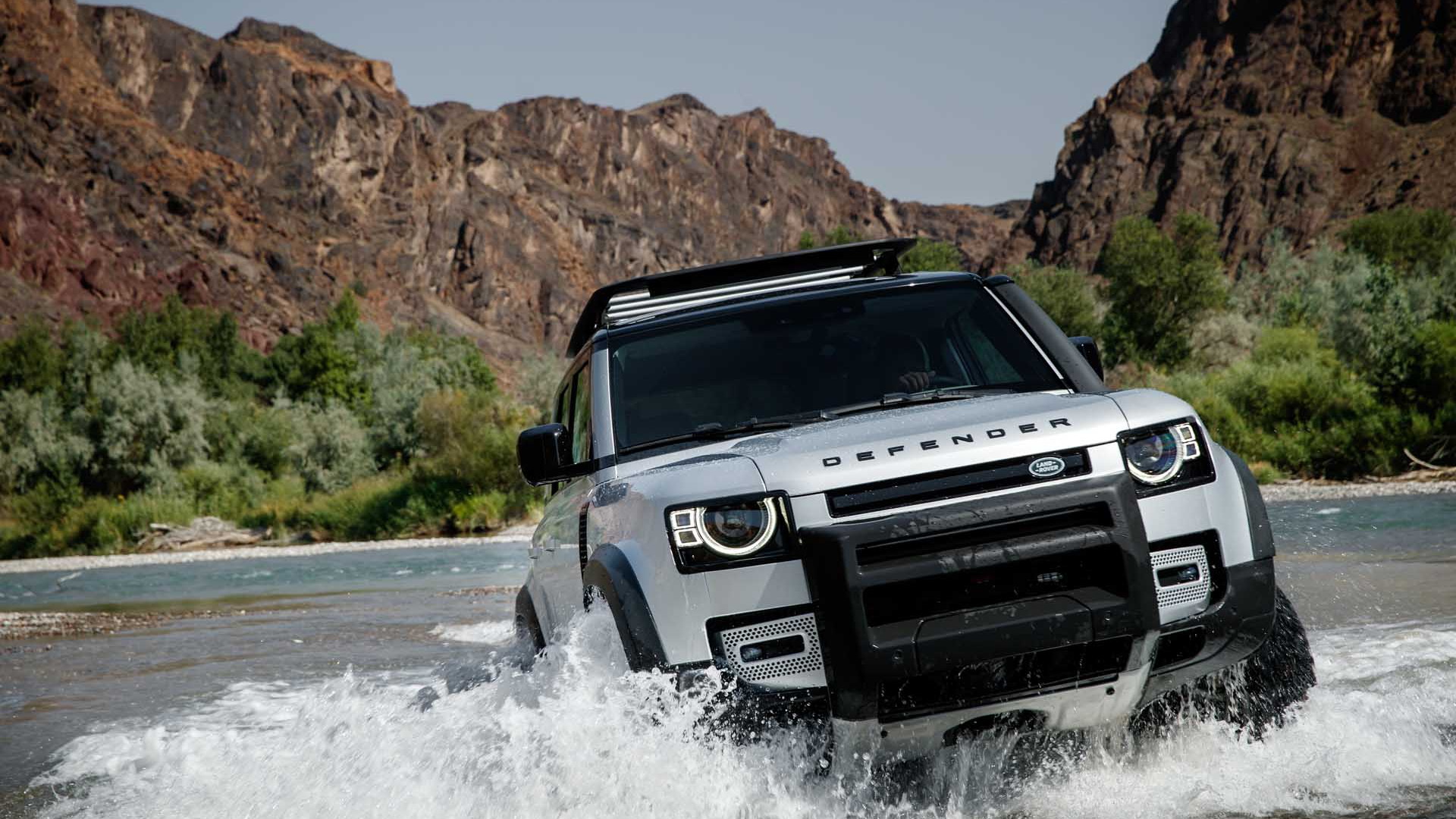 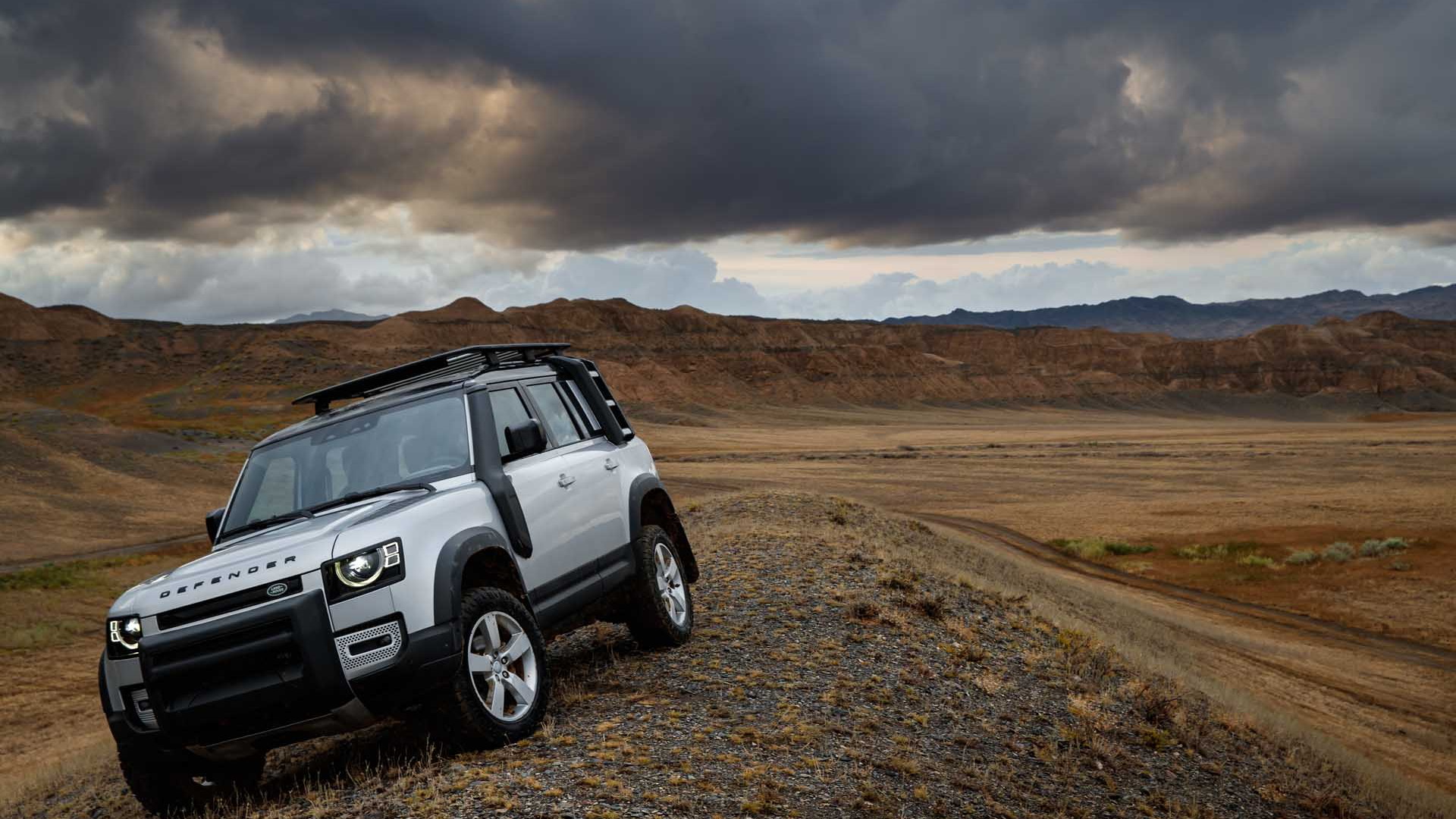 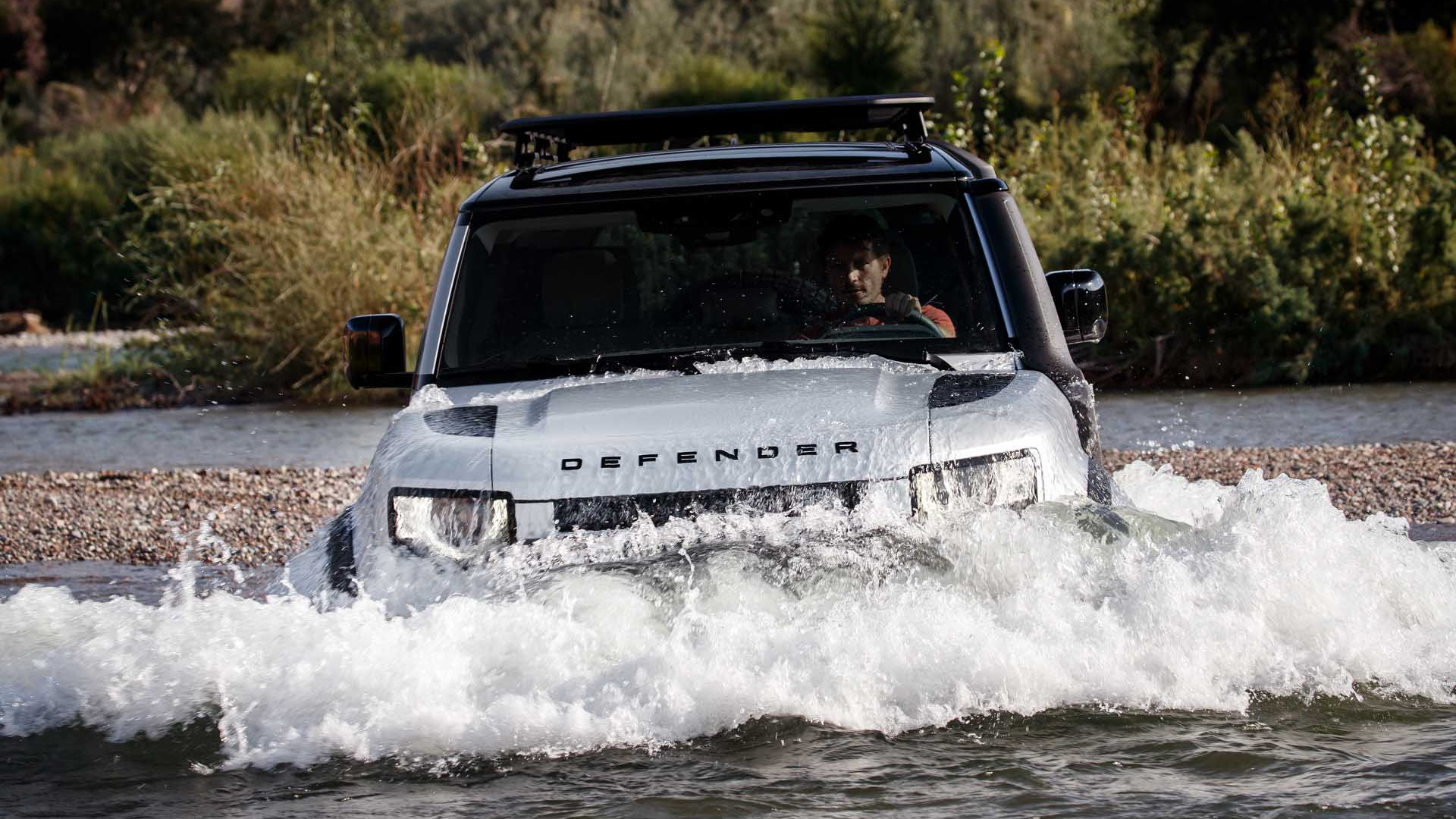 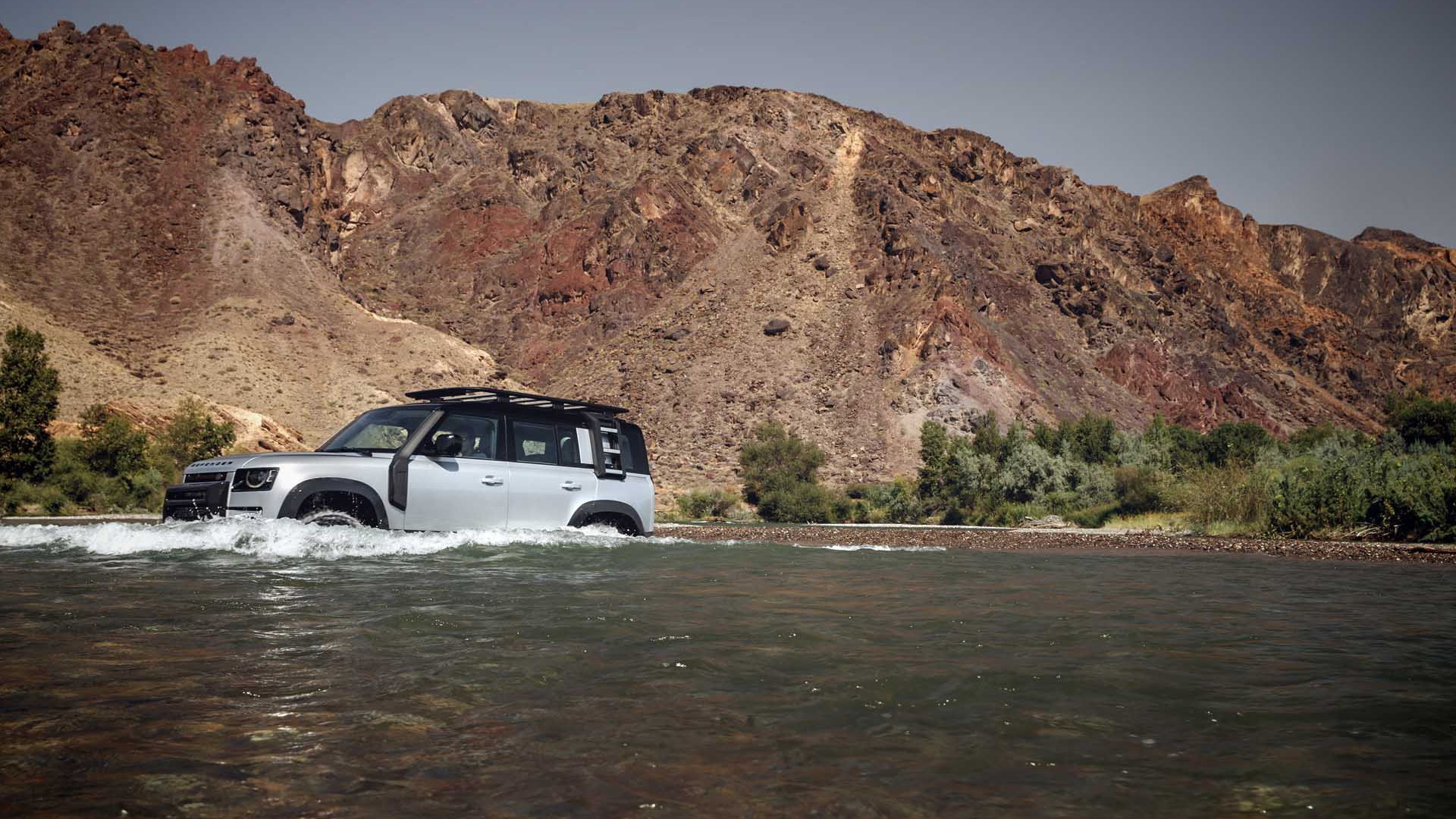 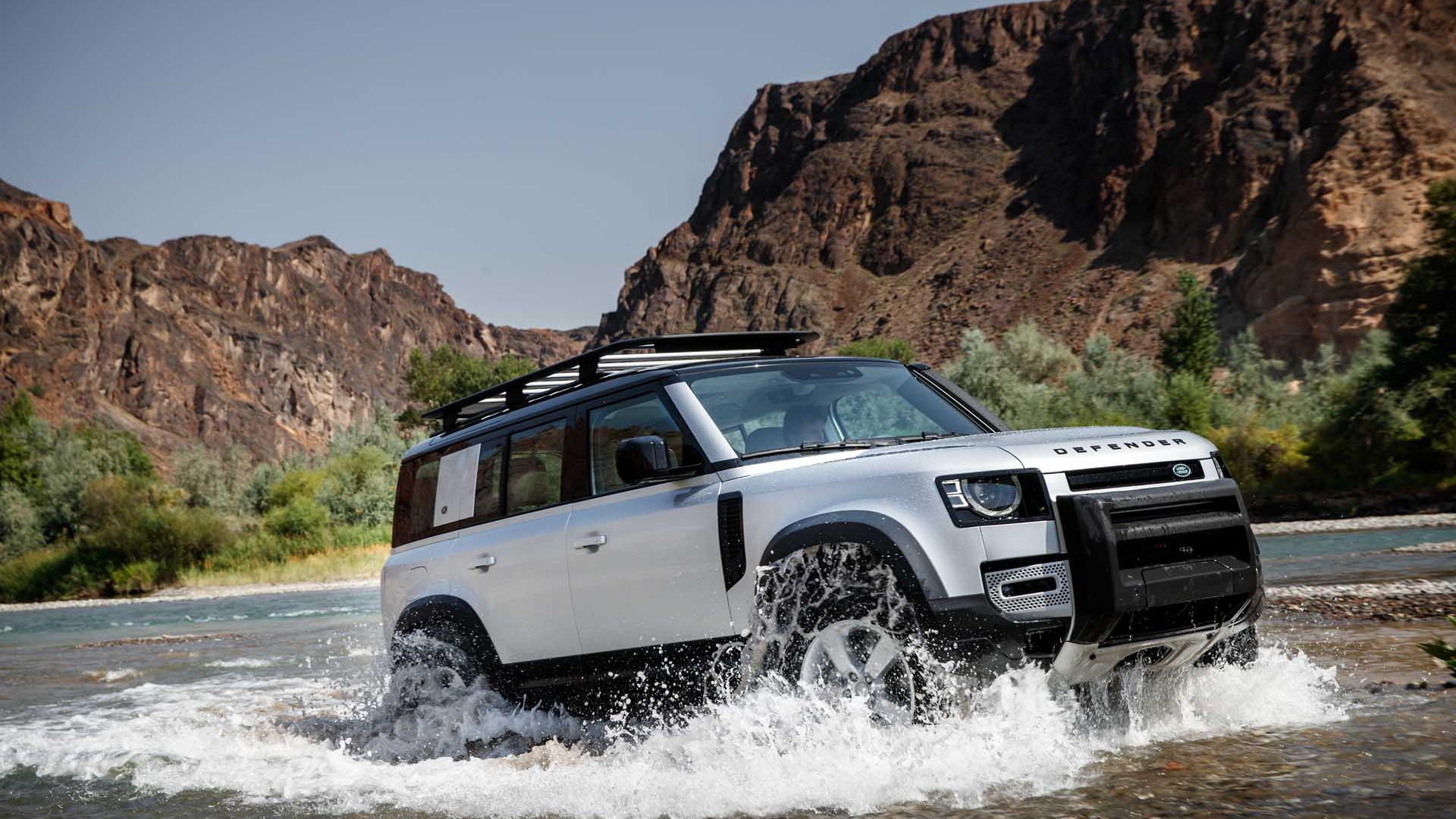 Land Rover is developing a system that will allow the new Defender to be driven remotely at low speeds, allowing for precision off-road maneuvering when a spotter is not available.

According to a Friday report from Autocar, the system will be an extension of Land Rover's existing surround-view-camera system, which renders an image of the Defender in its surroundings to help drivers spot obstacles or hidden impediments.

While the remote-control system is designed for off-road use, it could also allow for high-precision maneuvers on pavement. The system could hypothetically be used to park a Defender in a spot that would be too tight to allow passengers to extricate themselves afterward, for example. Tight urban parking garages or alleyways might also be better negotiated from outside the car.

It could also be used to move the Defender to let another vehicle out of a single-lane driveway (or some other similar situation) without even leaving the house. It doesn't rise to the level of autonomous driving technology and there are many possible applications, but Land Rover will need to clear the legal hurdles.

The implications for remote operation of a full-scale automobile are daunting, raising questions about what would meet the legal definition of operating/controlling the vehicle in question. We expect regulators and law enforcement will have concerns regarding liability, just for starters.

Still, even if Land Rover can get past the regulatory mess, we don't expect anybody to be pulling a car rental return stunt a la James Bond in "Tomorrow Never Dies," though we'll admit the idea does inspire grins.