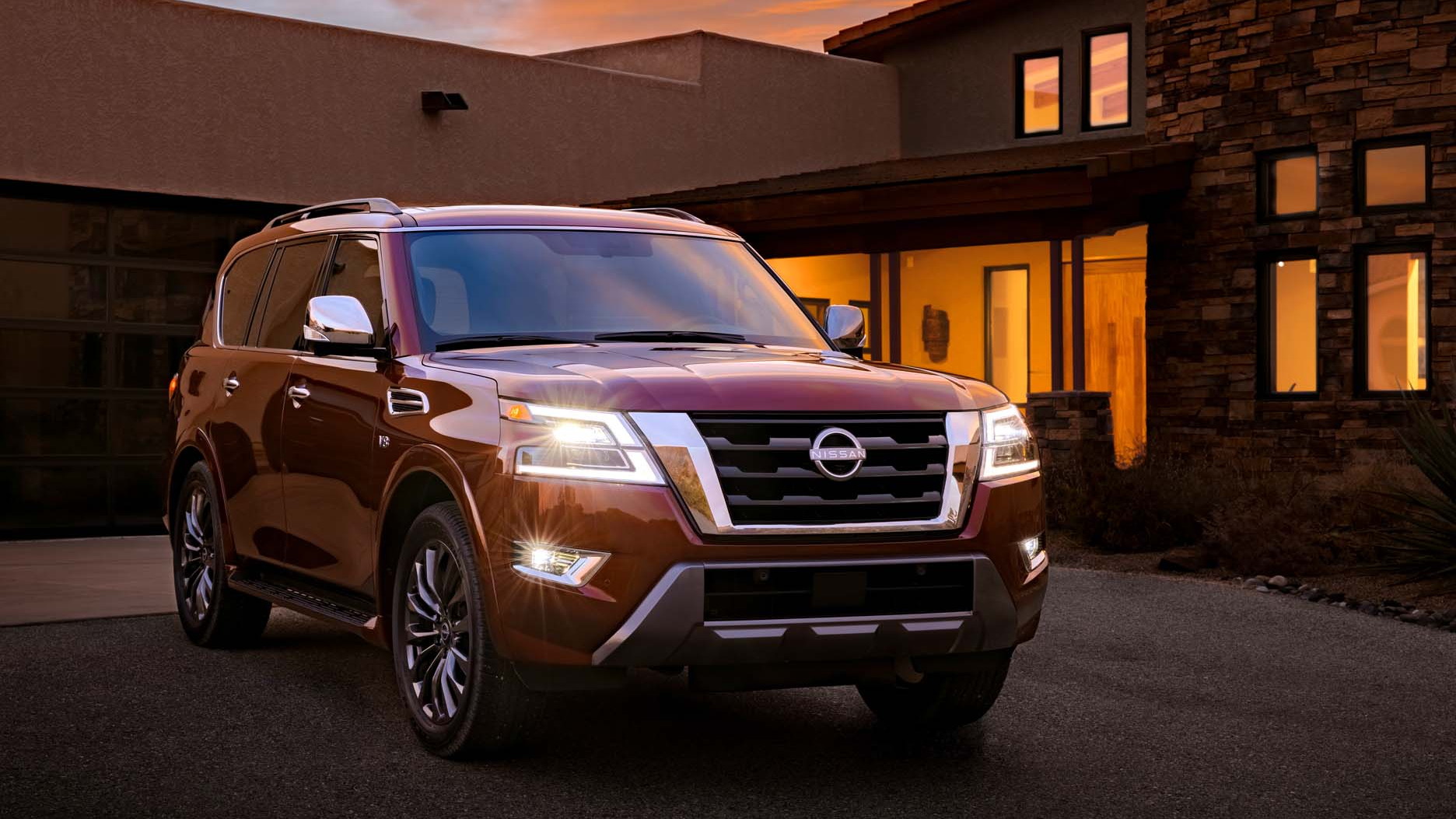 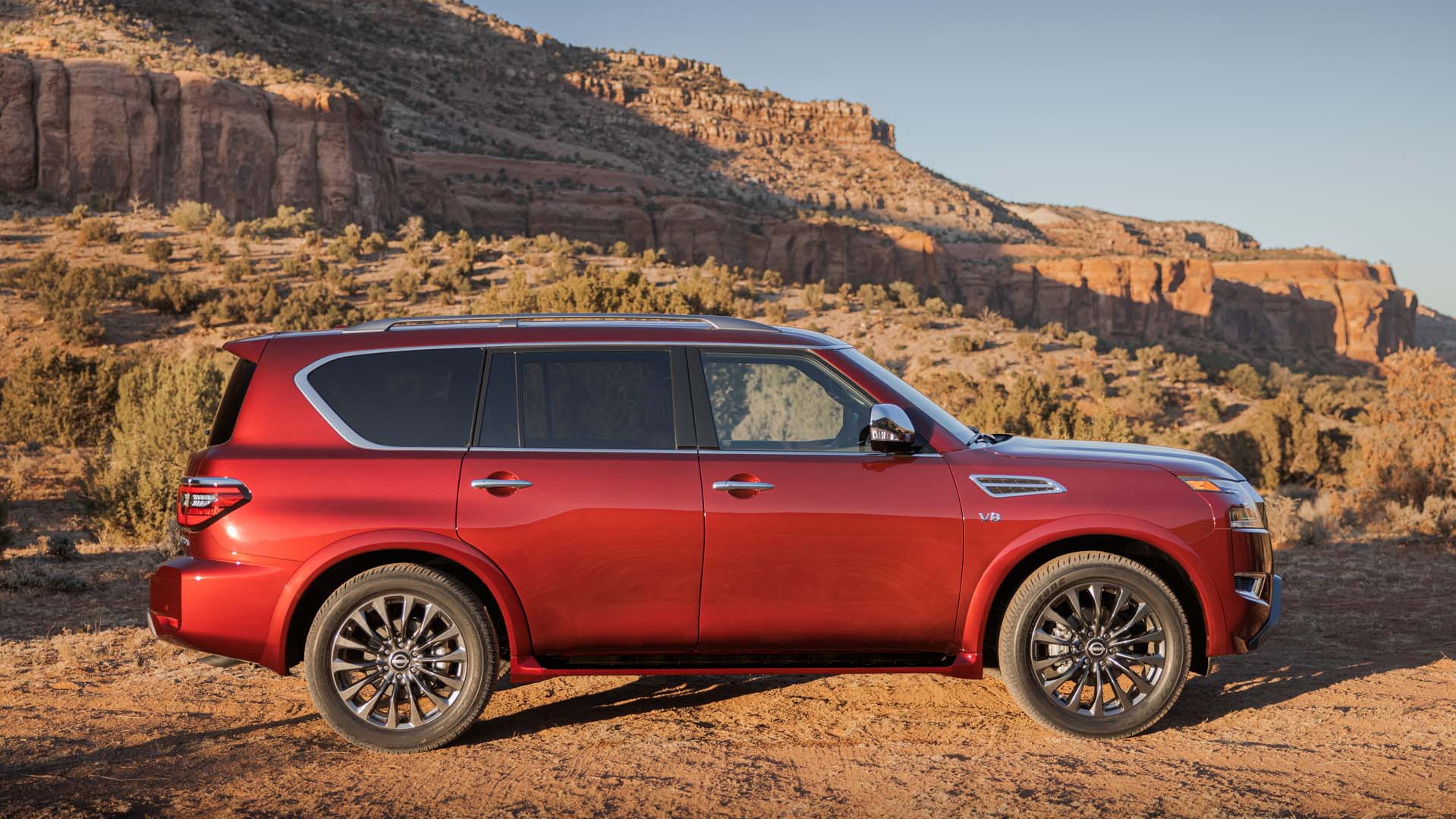 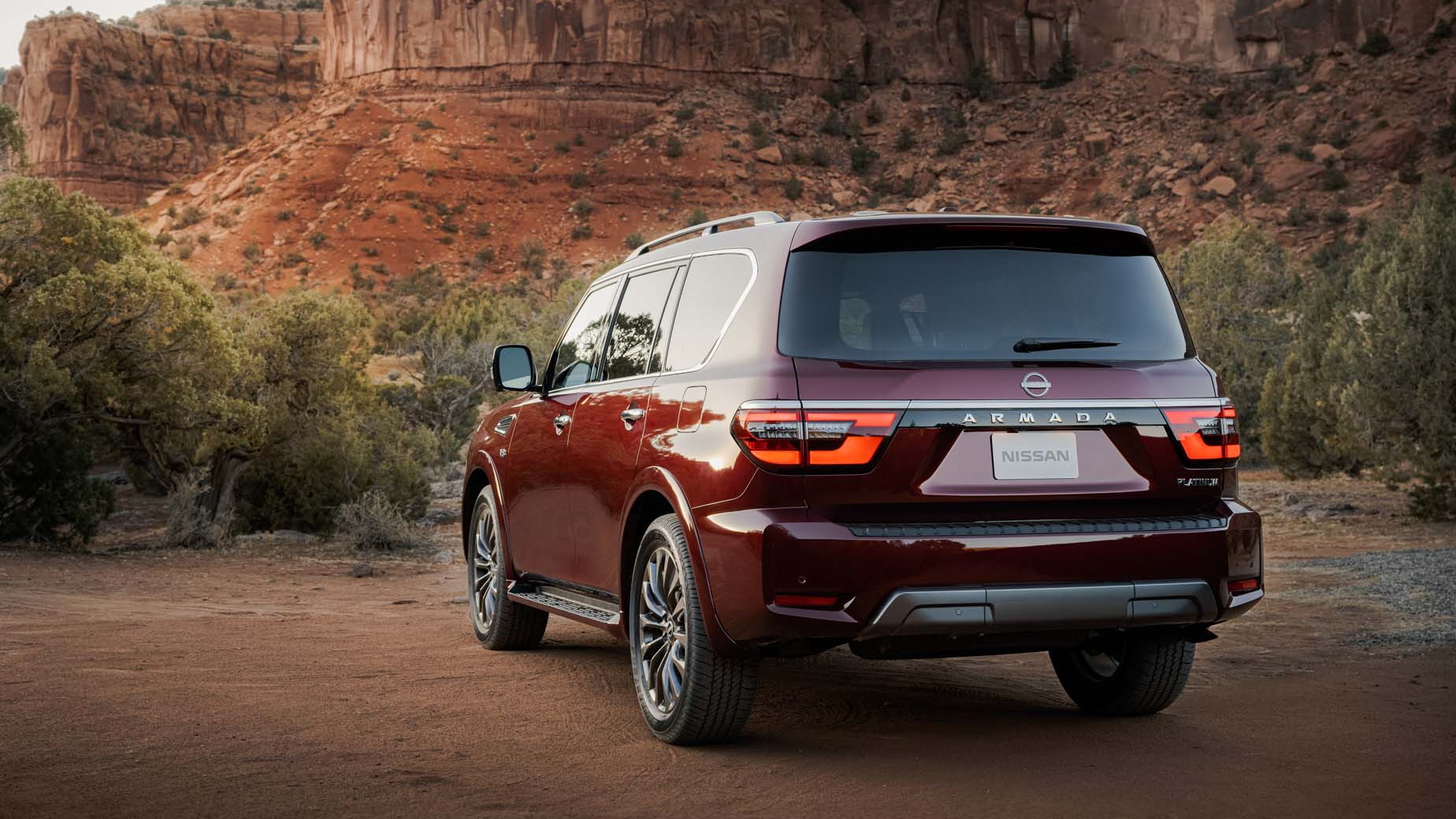 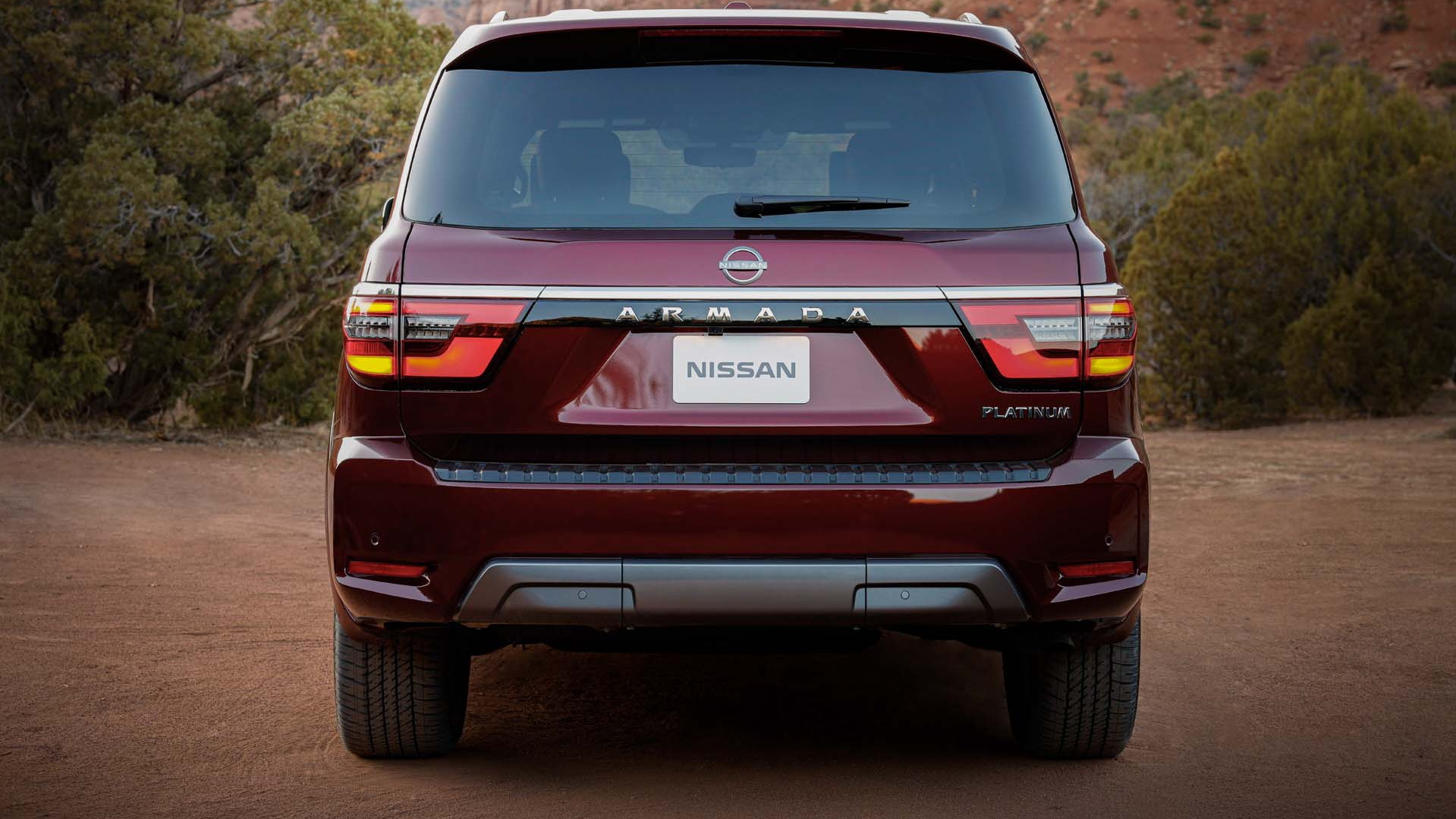 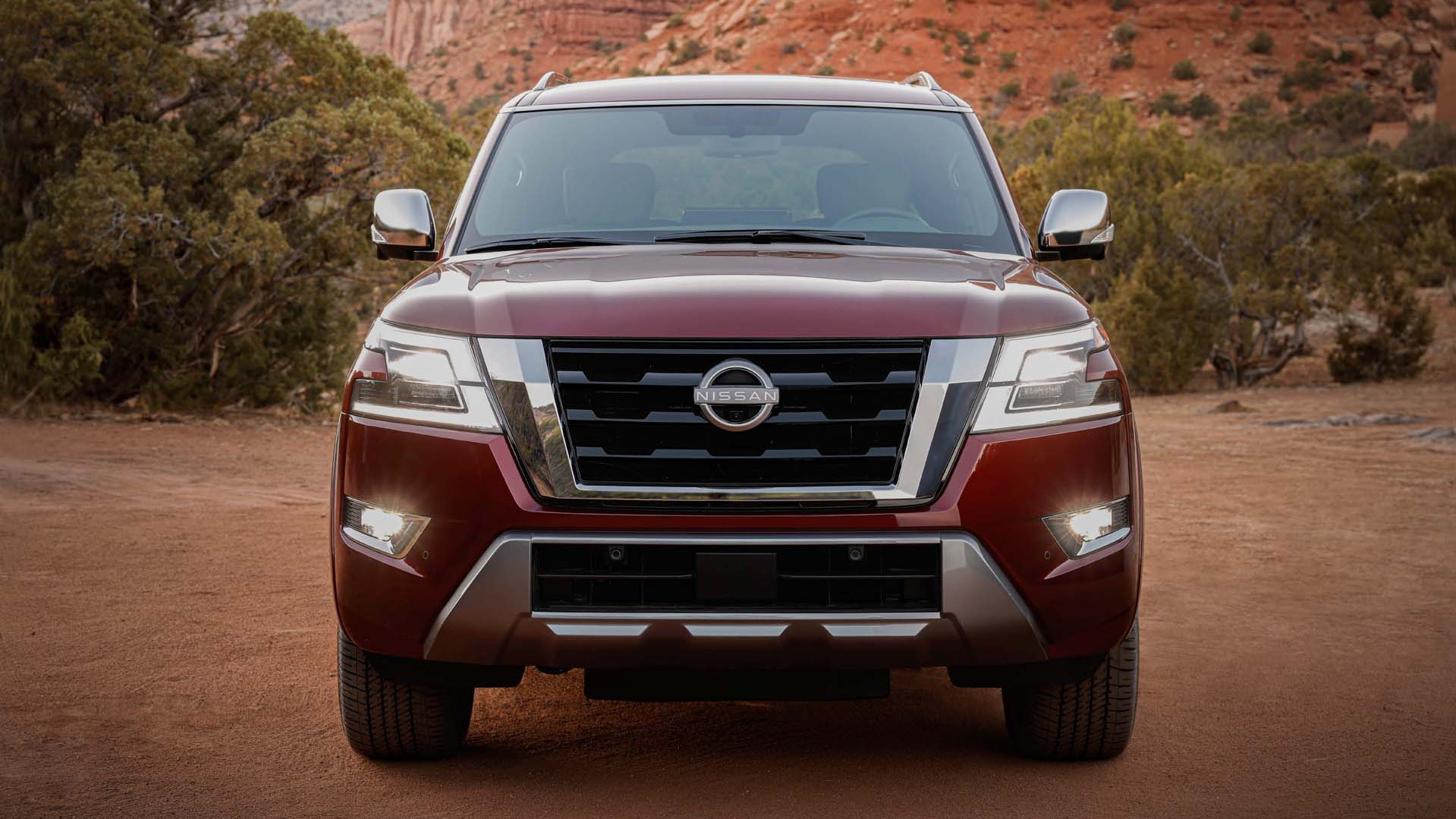 Nissan's Armada has come in for a round of updates that should help make it more appealing in the full-size SUV segment.

The updated 2021 Armada, which is at dealers now and costs $49,895 including destination, benefits from bold new styling on the outside and some much-needed tech updates inside.

The front of the body-on-frame SUV features updated LED headlights that mimic the shape of the ones used on the rival Chevrolet Tahoe. The Armada’s grille is also taller and integrated into a new-look front fascia. Around back, the taillights and lower fascia have been reshaped, and there’s now a chrome strip running the width of the rear.

Inside, the dash is mostly unchanged but the center stack has been thoroughly updated and is topped by a 12.3-inch touchscreen display serving as the infotainment hub (a 7.0-inch screen sits in the instrument cluster). The addition of a touchscreen has allowed the designers to eliminate many of the buttons that litter the current model's dash, though thankfully there are still physical controls for frequently used items like the audio and climate settings. WiFi, Apple CarPlay and wireless charging for mobile devices are all offered as well.

Nissan is also making its Nissan Concierge service available on the Armada for the first time. This provides 24-hour access to a live assistant at the push of a button.

A long list of electronic driver-assist features are also on offer, either as standard or available. In addition to the usual safety features, there's also the handy Trailer Brake Controller designed for towing. It automatically slows the vehicle when it senses sway. Also on offer is Nissan's Rear Door Alert which reminds the driver if he or she has forgotten something in the back seat.

No change has been made to the powertrain, meaning the 2021 Armada comes exclusively with a 5.6-liter V-8 delivering 400 horsepower and 413 pound-feet of torque. Also forming part of the package is a 7-speed automatic. Rear-wheel drive is standard and four-wheel drive (with high and low modes) is available for those who need it. Maximum towing capacity is a claimed 8,500 pounds for both drivetrain setups.

The 2021 Armada will launch next year in SV, SL and Platinum grades. An entry-level S grade will join the range after launch.

In addition to these grades, there are also Appearance and Midnight Edition styling packs. The latter is available exclusively with the SL grade and adds unique 20-inch wheels and black accents inside and out.

For more on the Nissan Armada, read the in-depth reviews at The Car Connection.