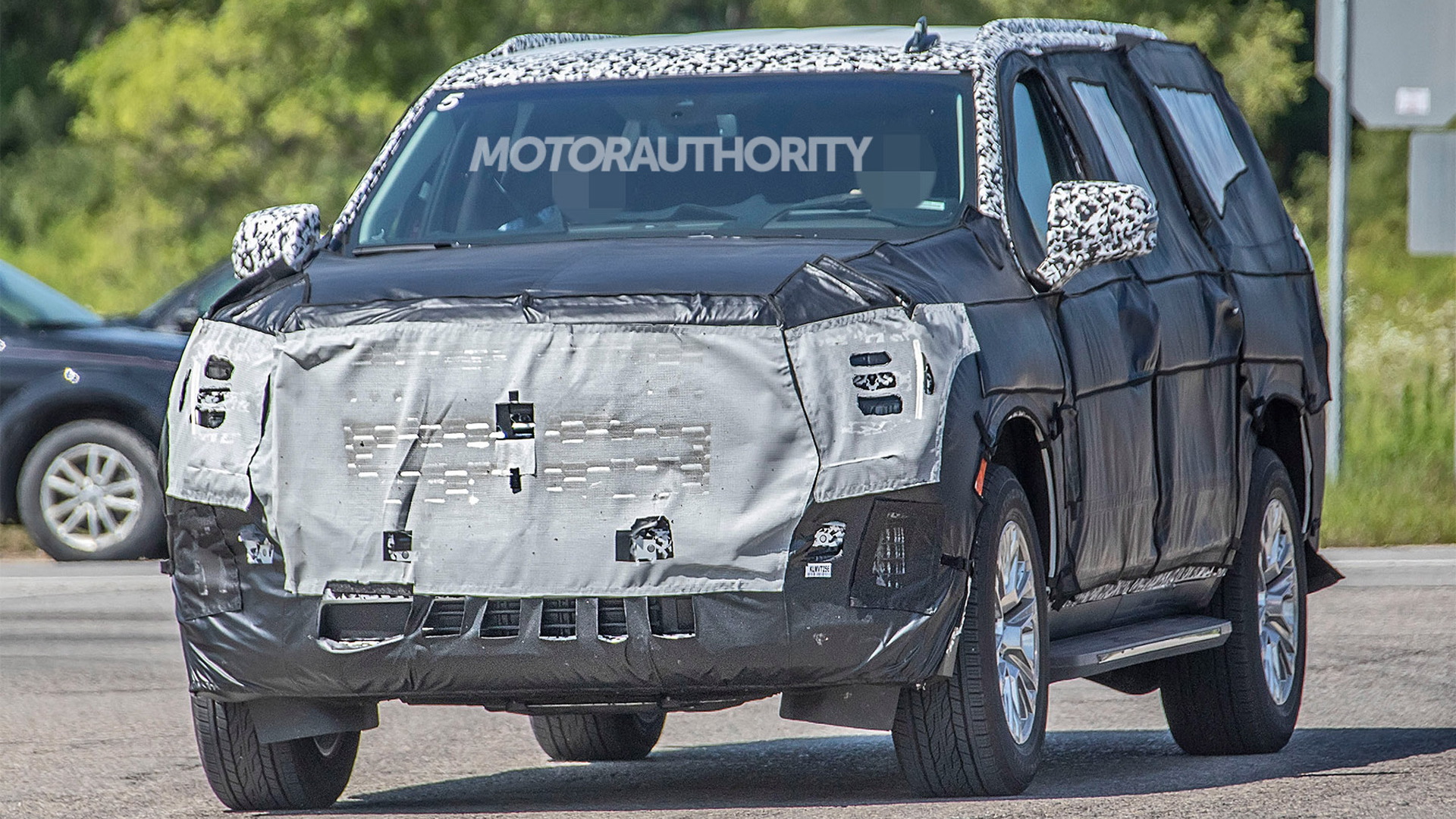 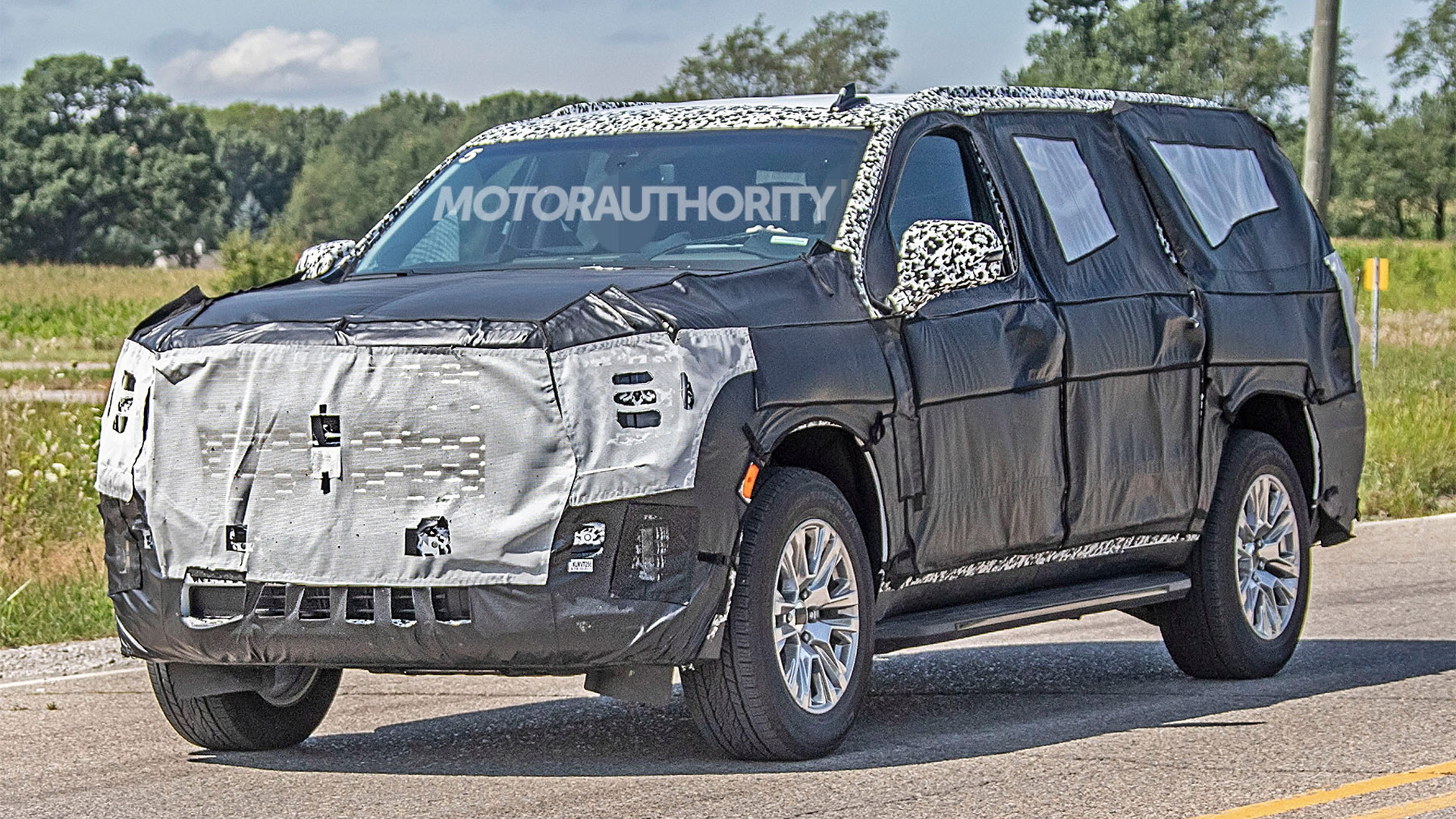 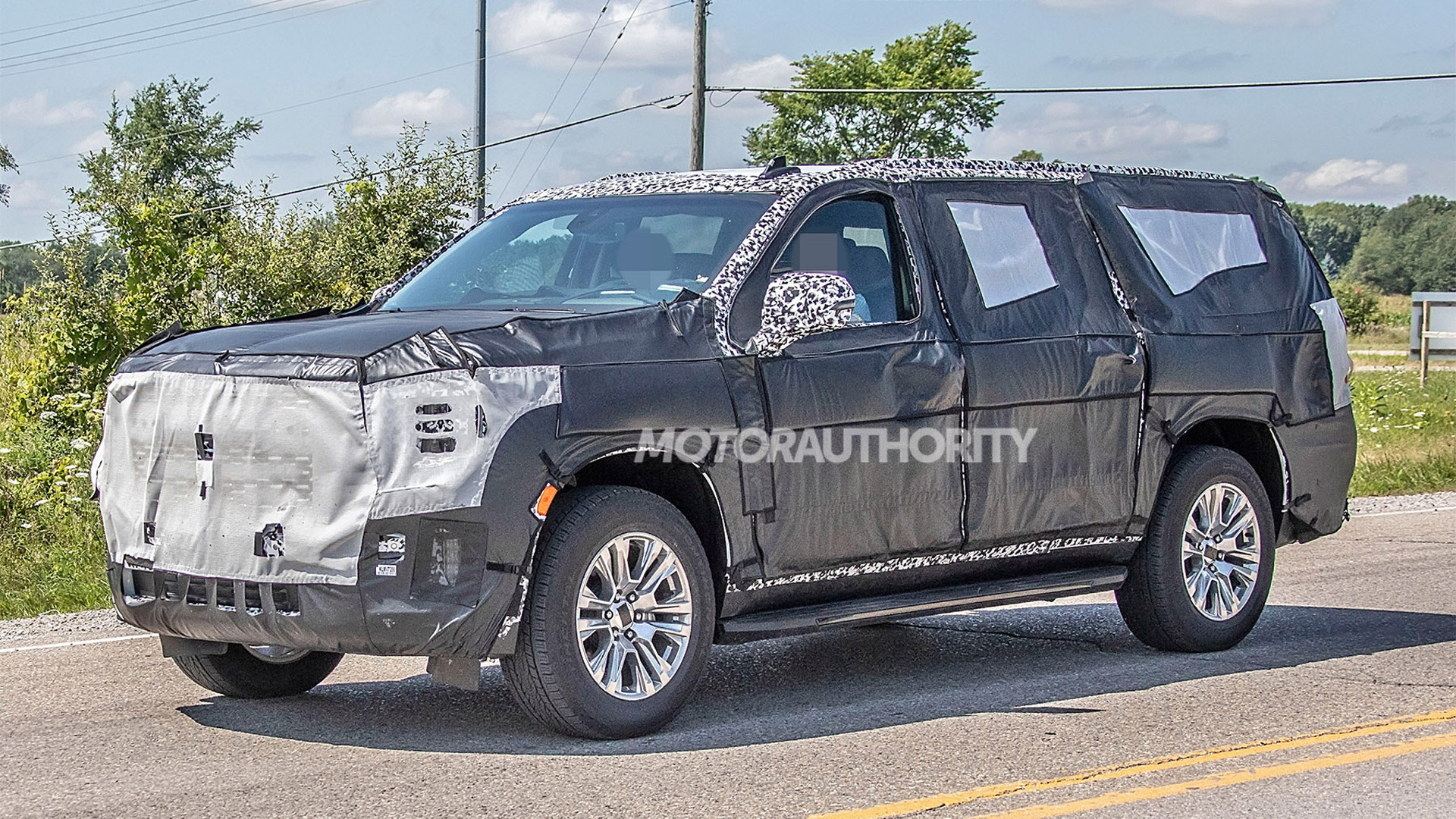 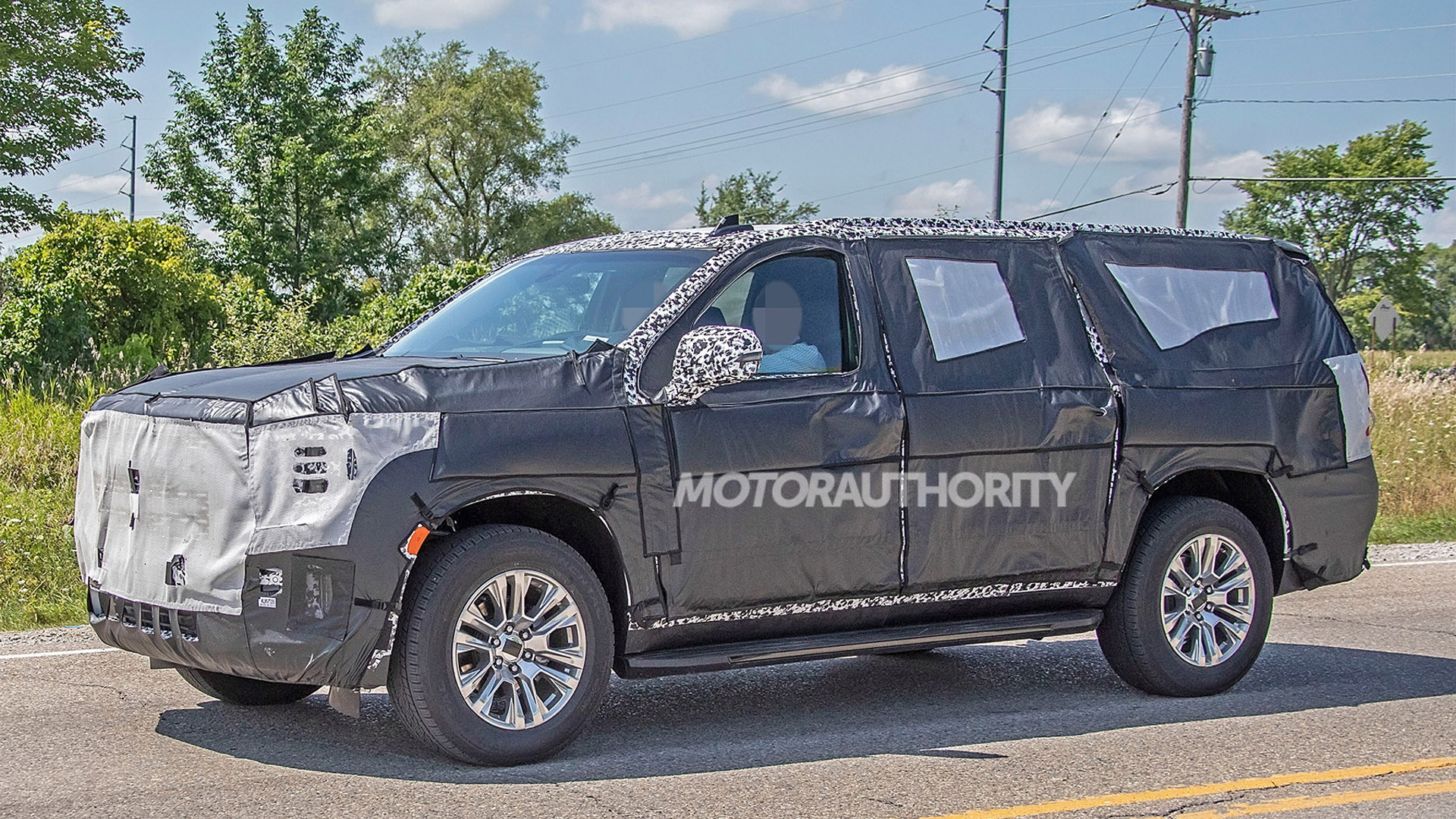 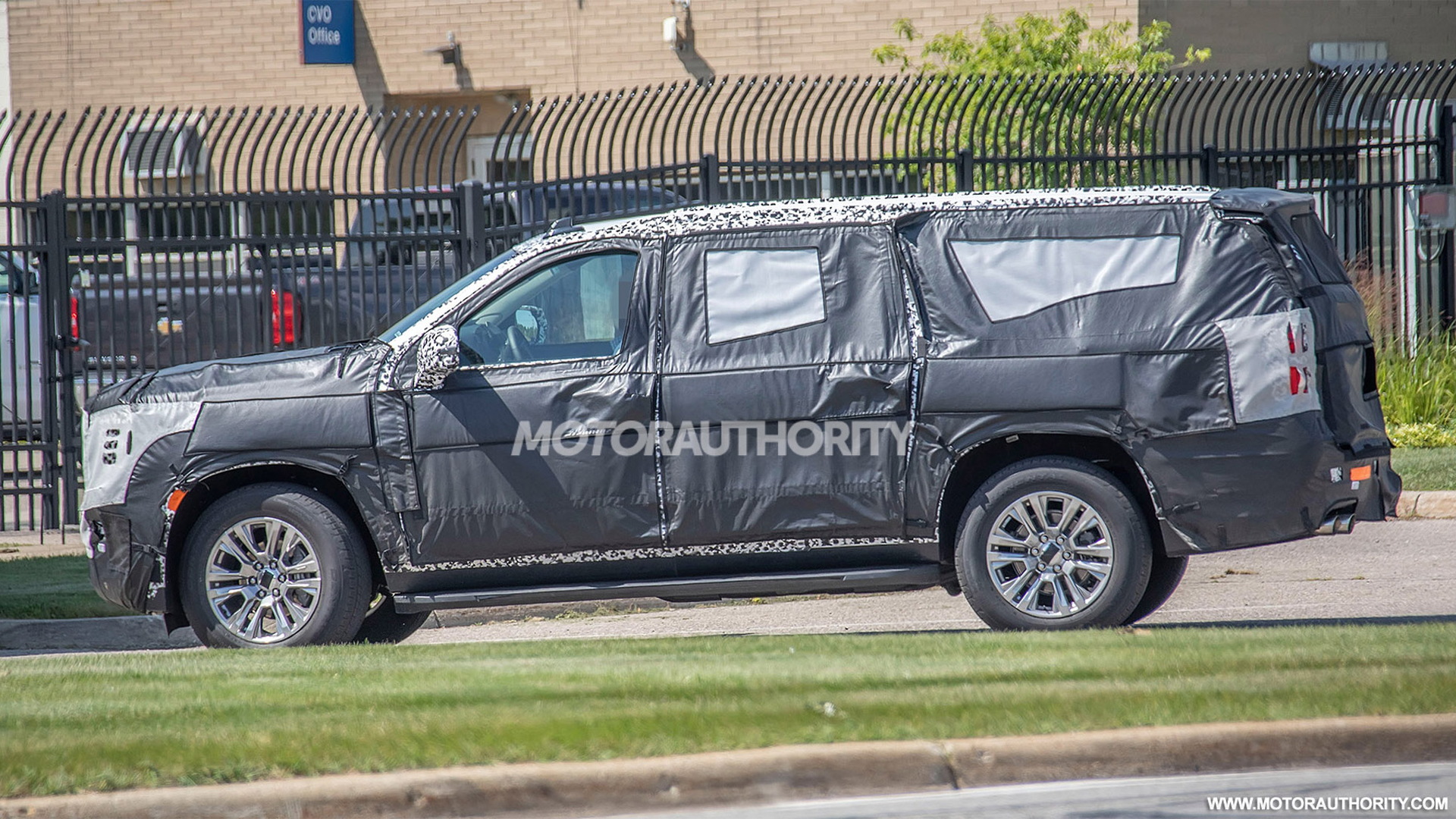 General Motors is in the process of redesigning its full-size SUVs around the T1 platform that debuted last year in the 2019 Chevrolet Silverado and GMC Sierra light-duty pickup trucks, and our latest spy shots show a prototype for the redesigned GMC Yukon.

The prototype is specifically for the upmarket GMC Yukon XL Denali, but similar testers for the standard Yukon XL and shorter Yukon should also be out and about. We can expect to see the new Yukon next year as a 2021 model. Also due about then are redesigned versions of the related Cadillac Escalade and Chevy Suburban and Tahoe.

The T1 platform is an update of the K2 body-on-frame design found in GM's outgoing full-size lineup and swaps out some steel for aluminum to shed the pounds. Independent rear suspension has also been added and should significantly improve comfort levels.

There's a lot of camouflage gear but the design of the vehicle's face, especially the grille treatment, can be seen poking through. Massive wheels and chunky side steps have also been fitted to the vehicle, and what's most interesting are the quad-exhaust tips, suggesting there could be a new performance-oriented option.

The current Yukon's most powerful engine is a 6.2-liter V-8 rated at 420 horsepower and 460 pound-feet of torque. It's mated to a 10-speed automatic and spins either the rear wheels or all four.

Production of the new Yukon will take place at a plant in Arlington, Texas. The site is where GM builds all of its full-size SUVs.