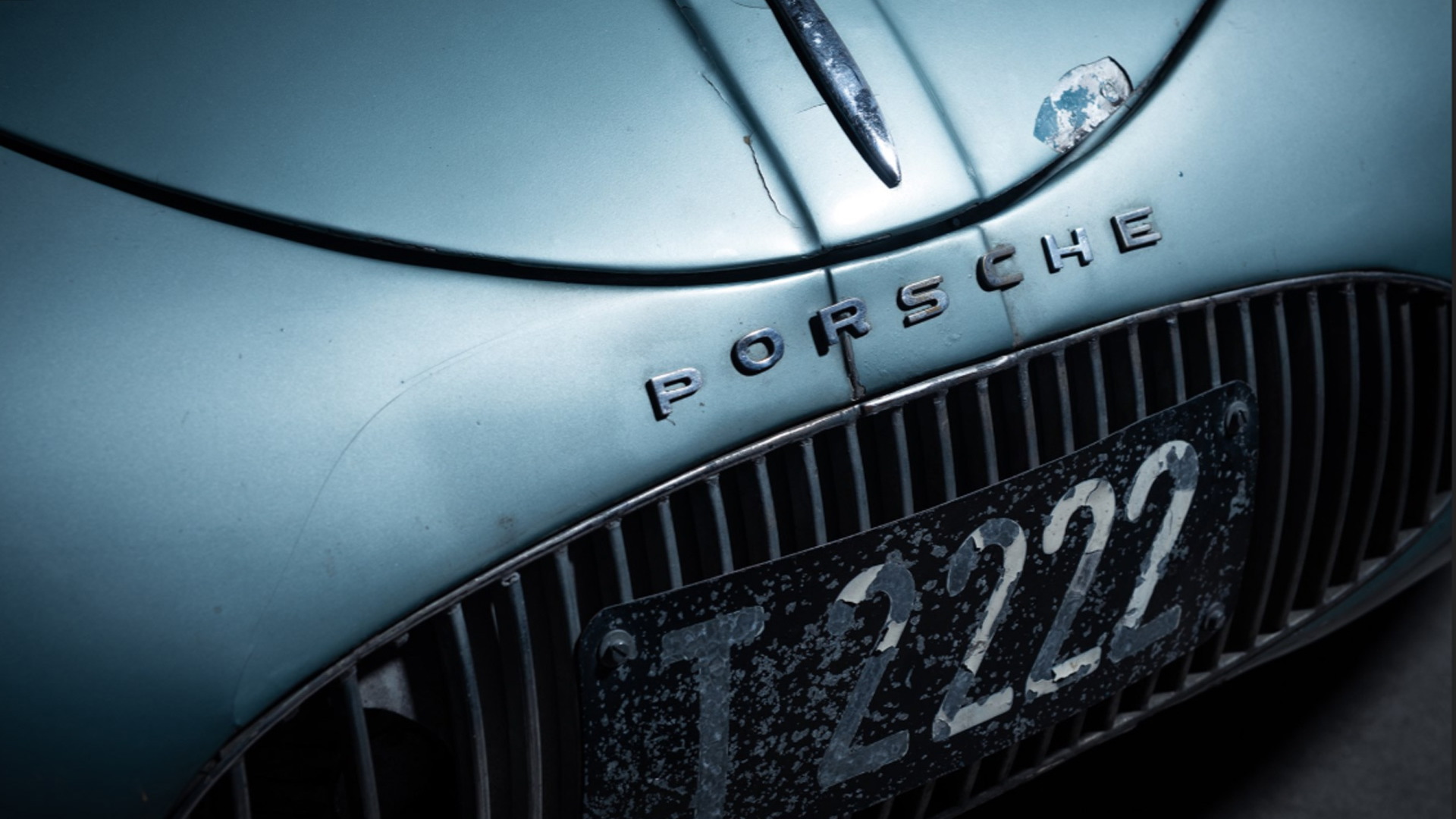 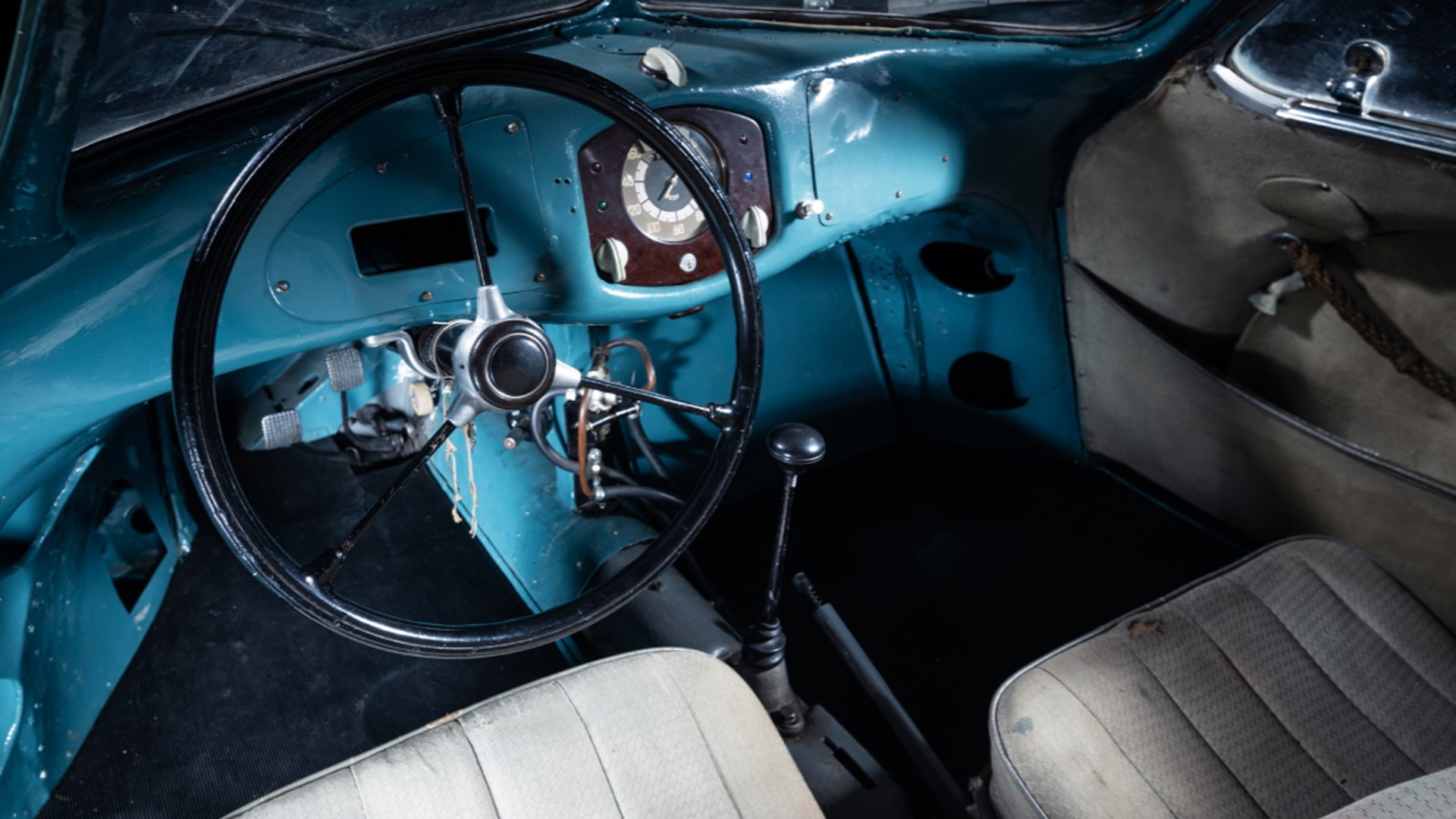 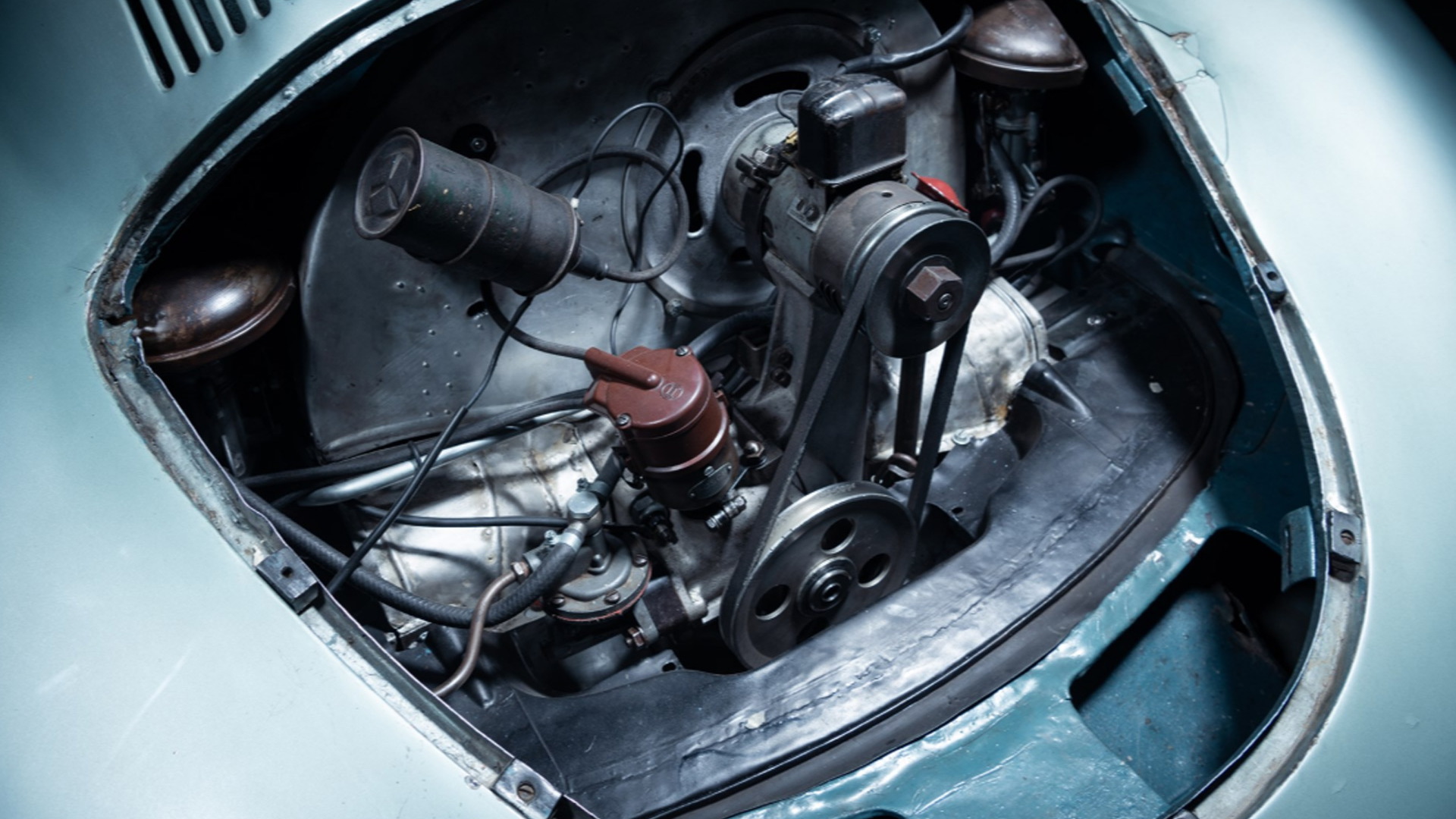 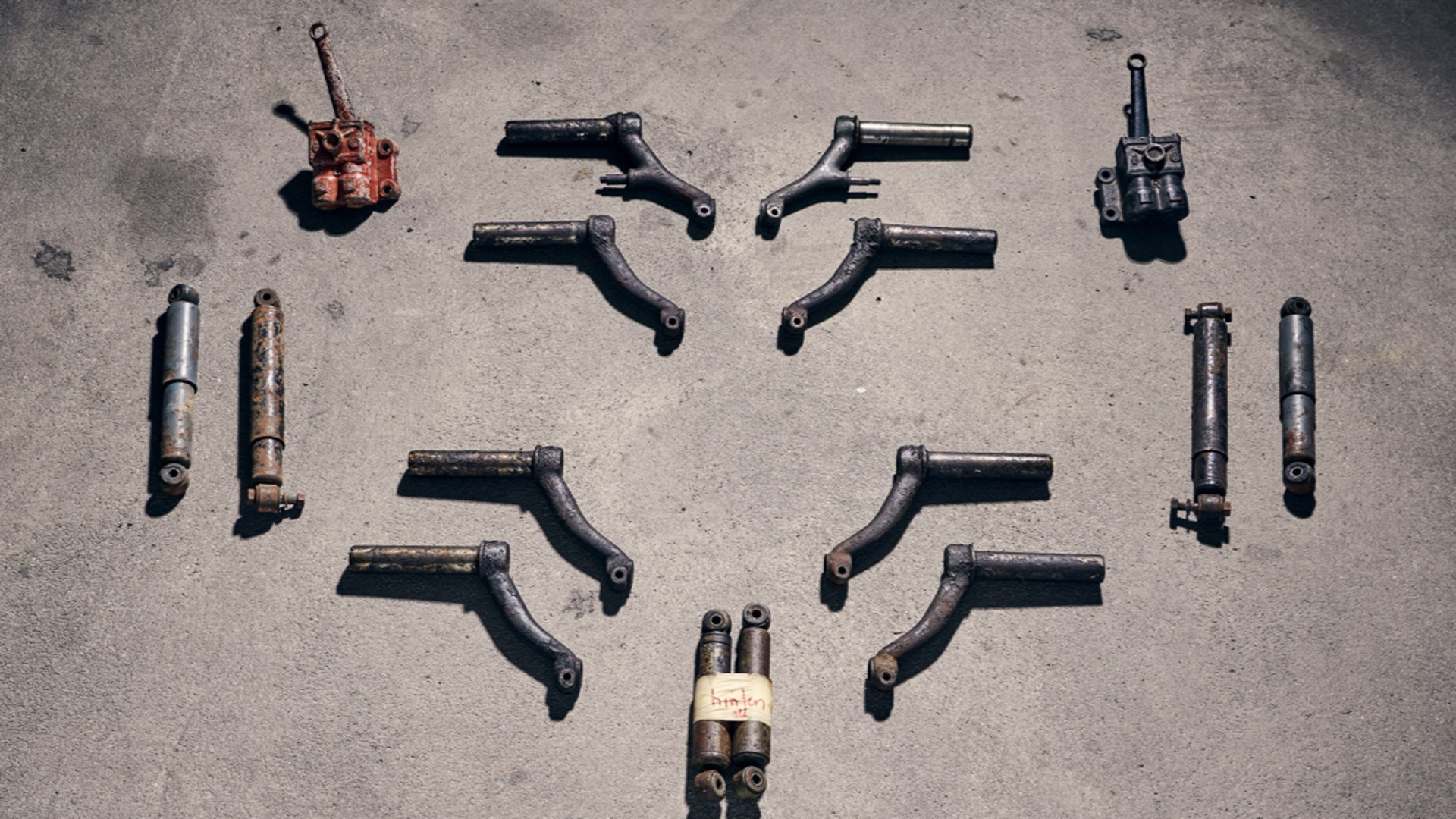 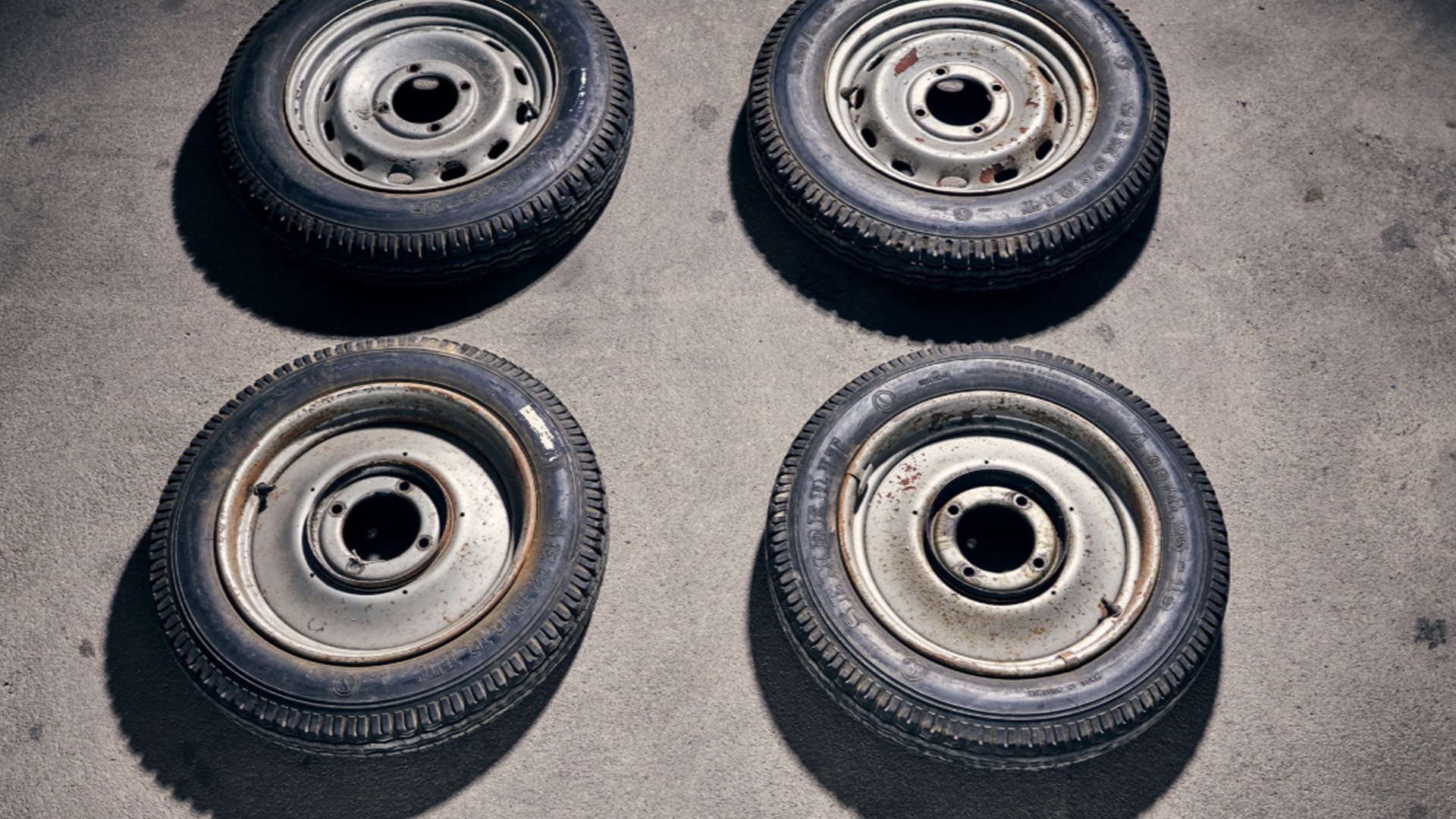 The Type 64 is Porsche’s Holy Grail. The Volkswagen Beetle-based coupe was not only designed by the legendary Dr. Ferdinand Porsche, but it was also the first vehicle in history to wear the Porsche badge. Oh, and only three were ever built, two of which still exist.

The most pure of those two cars, chassis No. 38/41, is about to go up for auction through RM Sotheby's during the Monterey Car Week, where it’s sure to fetch an astronomical sum. The auction company estimates up to $20 million. To help promote that sale, RM Sothebys put Pikes Peak champion and award-winning filmmaker, Jeff Zwart, and factory Porsche team driver Patrick Long behind the wheel of what’s undoubtedly one of the the most important Porsches on the planet to produce the accompanying video.

The Porsche Type 64 was completed in August of 1939 for the planned Berlin to Rome road race. However, World War II broke out on Sept. 1 when Germany invaded Poland and the race was cancelled.

Even though the Type 64 is 80 years old, Zwart and Long say they liked the way it drove on the racetrack at Willow Springs Raceway in the video. Long says he’s impressed with how modern the car feels, which is a testament to the engineering brilliance of Dr. Porsche. Long also notes how similar the Type 64 is to a modern 911, not only in form, but also in terms of weight distribution, aerodynamics, and efficiency.

Long also notes that the the view from behind the wheel feels like a fighter-pilot seating position. From the outside, it's easy to see the airplane-influenced design.

While the Type 64 was based on a VW Beetle, its chassis was strengthened and its 1,100 cc engine was tweaked to produce between 32 and 40 horsepower, up from the Beetle's 23.5. That's not much, but the car weighed only 1,346 pounds.

The other remaining car was a casualty of war. American GIs found it, cut off its top, and drove it until they blew up the engine. The car has since been rebuilt and has appeared at the Petersen Automotive Museum in Los Angeles. It's unclear, but it appears the third body was used on this car to fix it after an accident in 1939. That would mean only two were ever built.

The lucky winner of chassis No. 38/41 will be the car’s fourth private owner. The Type 64 up for auction was retained by Ferry Porsche, the son of Ferdinand, until he sold it to an Austrian racing driver named Otto Mathe in 1949. Mathe successfully raced the Type 64 throughout the 1950s before retiring the car to his personal collection.

Porsche actually tried to buy the Type 64 back from Mathe for its heritage collection during the late 1950s and early '60s, but the racing driver declined all offers.

The Type 64 remained with Mathe until his death in 1995, when it was sold to Porsche enthusiast Dr. Thomas Gruber. The car changed hands once more in 2008.

Over the years, the car was changed to right-hand drive to accommodate Mathe, who had lost an arm, and its engine was swapped several times. The car has since been returned to left-hand drive and the original engine was found and installed.

Chassis 38/41, one of the most important living pieces of automotive history, will cross the auction block on Aug. 17.