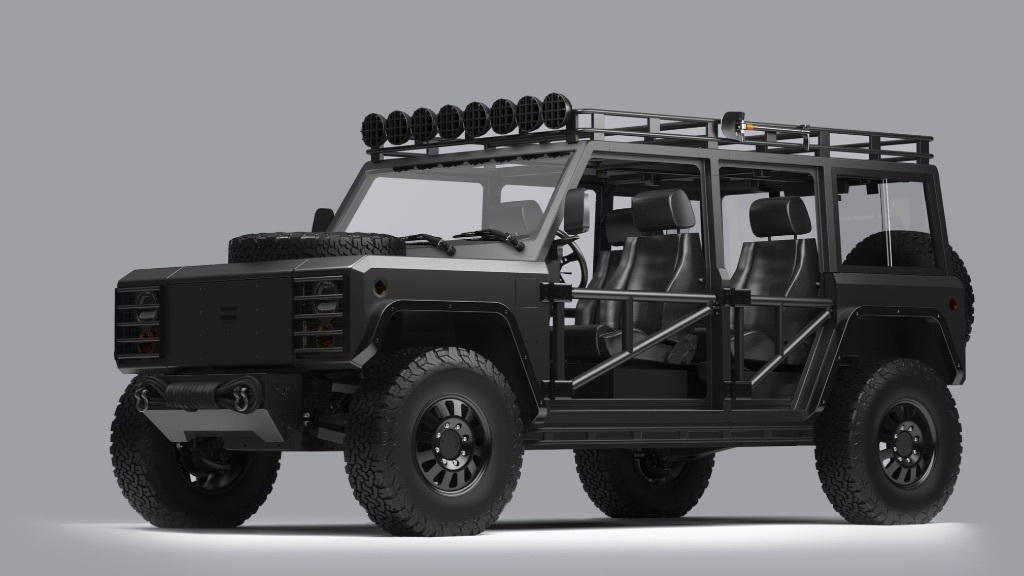 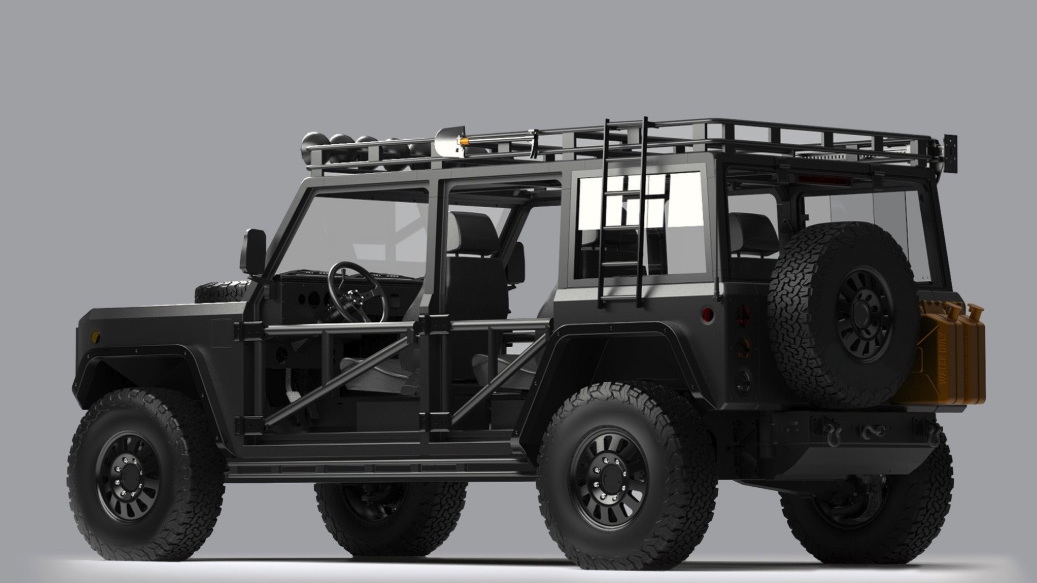 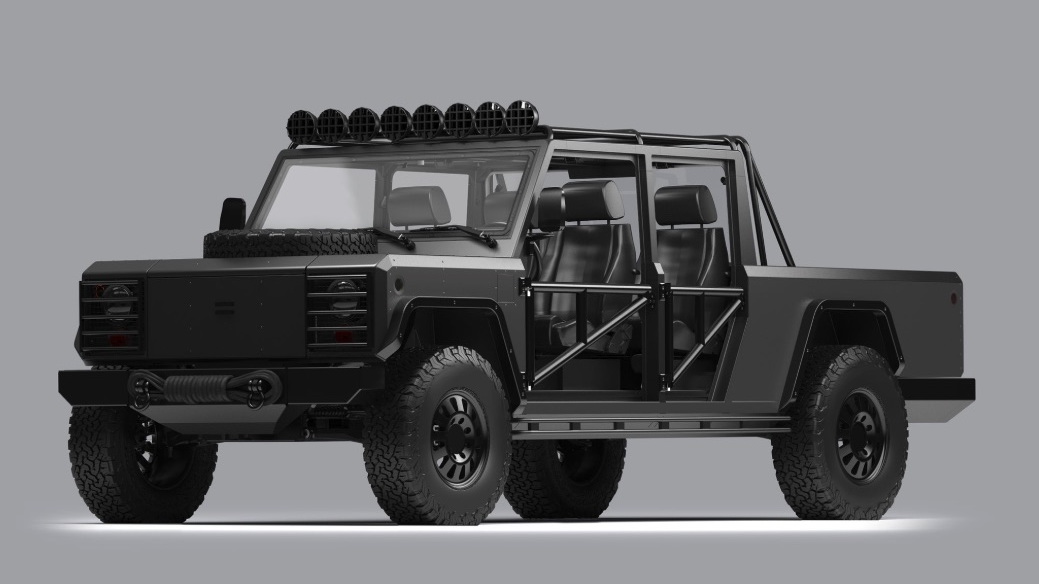 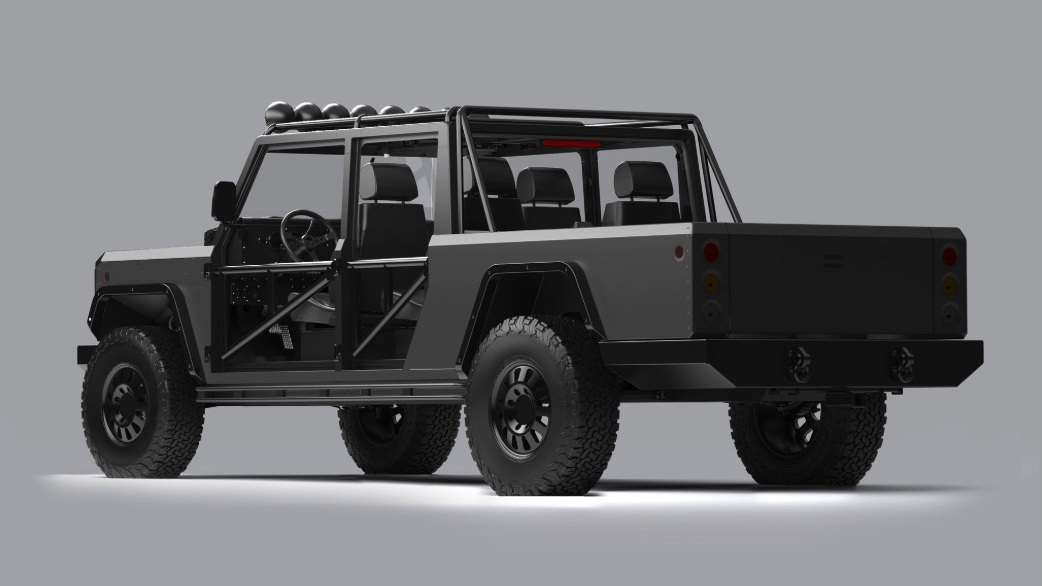 American electric utility vehicle startup Bollinger is preparing to get its B1 and B2 SUV and truck onto a production line, but in the meantime, it's shared some pretty incredible customer requests.

Bollinger tweeted photos of a few renderings that depict what customers want in terms of modifications for the B1 SUV and B2 pickup. In a few words, they're downright awesome. We spy some tube-frame doors, a rear-mounted spare tire, also a front-mounted spare tire, some jerrycans (not full of gasoline), and a roof railing with oodles of potential to store and mount equipment. Obviously, there are roof-mounted off-road lights to help blaze a trail in the dark, too. Each option is based on conversations Bollinger had with social media, requests, and comments about what would make the B1 and B2 even gnarlier.

Bollinger B1 rendering with modifications

As for interior options, Bollinger didn't share any information on the cabin, but we have to assume the company will eventually tackle its electric cars' insides. It's also unclear if these options are actually planned for production, or if Bollinger simply wanted to tease what it's capable of.

Bollinger B2 rendering with modifications

Bollinger was a darling startup when it revealed the B1 SUV in 2017, but the company has gone awfully quiet since. Last year, it showed off the B2 pickup, but a timeline for when both would be built is hazy. Bollinger originally was scheduled to deliver vehicles earlier this year. Now, it says sometime in 2020 is the target date. Meanwhile, the company will need to compete with the latest electric vehicle startup, Rivian. The company also plans for a truck and SUV, though Rivian's vehicles are arguably more luxurious than Bollinger's stripped-down, no-frills overlanders.